Anybody who can use Slovak please verify it.

i am not an american, but these plans stand for an while now and i do think they will go trough if there wont be a major shift in the ruling party's in the Czech Republic. the pro-US propaganda machine is working full force there as well.

its absolute bullshit the Czech government points to Ukraine for replacing its MI-17 fleet. among NATO the Czechs are known to be the EU specialists on MI-17's and MI-24's. i personally loved talking with them about the MI helicopters when i met them during exercises. their technicians and pilots really know every bolt thats part of the MI's 17 and 24.
its really purely the politicians talking as the Czech's have their current MI-17 fleet modernized and still got enough spare parts from their cold war stock. i did not know at the time but the cold war stocks in the czech republic are so high they also got several companies dismantling heavy weaponry as tanks and APC's for the EU/US civilian market. i looked it up, for 50.000 Euro's you can get your own fully functional T-72.

Czech Pilots feel the Blackhawk is an "downgrade" for its comparison quality's to the MI-17. the UH-60 has more maintenance, smaller troop capacity, and lack of tactical options it could do in relation to the MI-17 in the field.
Czech's are an bit sensitive when it comes to Russia after they where invaded, but regardless of all that i heard both Technicians and Pilots sneer out at their own politicians that it was never about finding an good replacement. its simply to crawl the Americans up the ass and make american weapons manufacturers richer, get dependent on them for spare parts and the Czech's would be stuck with an inferior platform than the up to date MI-17's they already have.
max steel

"The decision to reduce our dependence on Russia was taken even before the conflict in Ukraine began and considering recent developments it proved to be a good one," Defense Ministry spokesman Martin Cambalik said Thursday.

The conflict in neighboring Ukraine, in which the West accuses Russia of supporting rebels, has hastened decisions around the region to raise military spending and turn to Western suppliers.

"We could have some equipment repaired but EU sanctions forbid import of Russian spare parts," Cambalik said.

It has also been in talks with the Swedish government on leasing Gripen fighter jets to replace Russian Mig-29s. A tender for new air defense radars is also under way.

Slovakia spends 1 percent of gross domestic product on defense, half of its NATO commitment. But it has pledged to raise that to 1.6 percent of GDP by 2020.

Black Hawk helicopters are made by Sikorsky Aircraft Corp, a unit of United Technologies


Russian Helicoptors get american hoses : The Mi-8 and Mi-17 models, which Russian Helicopters supplies domestically and around the world, from now on will feature more durable and robust hoses made of Teflon, a material that has largely replaced rubber in the global aircraft industry.

Rubber hoses made in Russia aren't as good as they could be, said Yury Lebedev, head of aerospace projects for Eaton in Russia.

"Several technologies that are required for rubber hose production were lost in recent years " .

Russia getting dependent on US polymers ? Eh . They aren't that hard to make .

Thks you all. So first is Bulgaria said something about replace MiG-29 with F-xx and now the Slovak goverment is replacing Mi with Blackhawk, and MiG-29 with, wait, Gripen ?

Dear me, so will Eastern Europe countries use M16 and M4 instead of AK ? I don't even want to think of it.
George1

Russia and Slovakia may sign an agreement for upgrade of Mi-17 helicopters soon, TASS reports with reference to Prime Minister of Slovakia Robert Fico.

“I hope that the agreement for upgrade of Mi-17 helicopters (and other vehicles) carried out in Slovakia will be signed soon,” Fico said.

The Slovakian Prime Minister also noted that his country is interested in Russian civil aviation. In particular, Sukhoi SuperJet 100 and “Tu” (Tupolev) civil aircraft were demonstrated to the delegation prior to departure.

Rubber hoses made in Russia aren't as good as they could be, said Yury Lebedev, head of aerospace projects for Eaton in Russia.

"Several technologies that are required for rubber hose production were lost in recent years " .

Russia getting dependent on US polymers ? Eh . They aren't that hard to make .

Odd... it suggests the whole world uses teflon hoses, but says technologies for rubber hose production were lost... suggesting rubber hoses were as good as teflon hoses... which also suggests countries that are Russian clients or just not friendly to the US might have continued to use Rubber.
Odin of Ossetia

These vehicles are crap according to many Poles. The armor can reportedly be penetrated by AK-47 bullets. It is tall making it an easier target.

The vehicle itself is not really Polish, but made in Poland on a license from some Finnish company (Patria?), and there are strong suspicions that the whole licensing was an intentional move to destroy the Polish military industrial complex, and that the vehicle's selection involved bribery.

The Slovak Air Force is aiming to ink a contract under which it will be provided with eight fighter jets enabled with 1,200 flight hours per year. The deal is to be modeled on a similar lease contract signed by neighboring Czech Republic. Prague pays some 1.3 billion krona (US $53 million) annually to operate 14 JAS-39 Gripen aircraft enabled with 2,200 flight hours per year.

Should the Slovak military operate the same type of aircraft which are used by the Czech Air Force, the two countries could pursue their plans to increase the interoperability of their respective air forces.

An opinion poll published by local news agency SITA last December indicated that Smer-SD has the largest popular support among the contending parties, with 42.2 percent of the total.

The Corsac 8×8 is a upgraded model of Pandur II armored personnel carriers developed as a private venture by the Austrian company Steyr-Daimler-Puch Spezialfahrzeuge. The Corsa infantry fighting vehicle developed jointly MSM Group and GDELS Steyr, with the participation of Slovak EVPU and Konstrukta Defence companies. 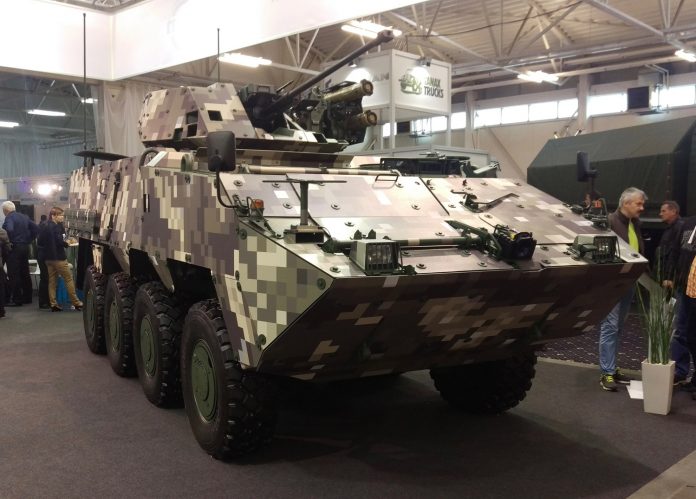 The prototype measures 7.43 x 2.67 x 2.95 m and has a ground clearance of 0.45 m. The vehicle is operated by a three-person crew comprising the commander, driver, and gunner with provision for up to six dismounts or 9,500 kg of payload." 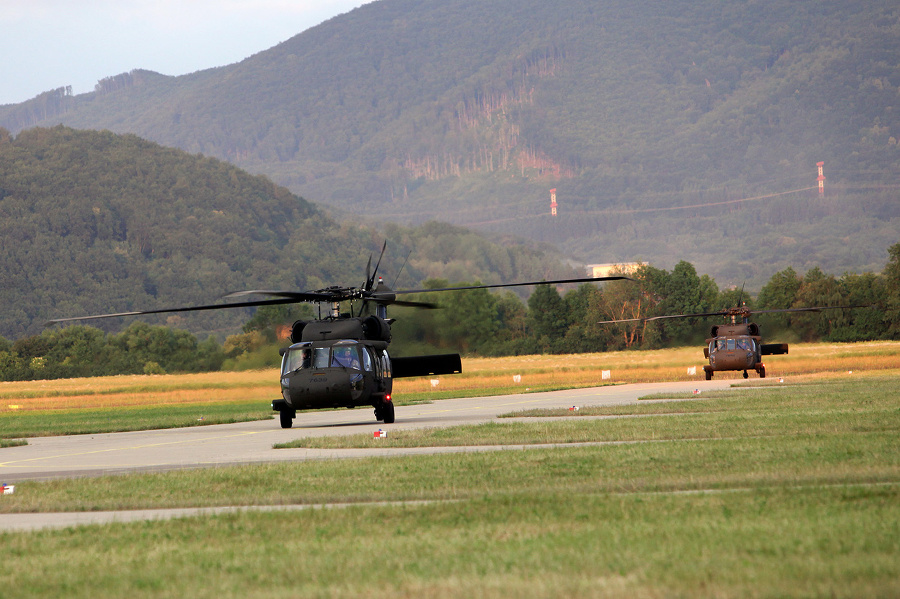 Are there any news about the Slovak S-300 system? As far as I remember, They want Russia to modernize their S-300 system.
George1

October 24, 2017 at the Slovak airfield Kuchiny arrived from Italy, the first of the two ordered for the Air Force of Slovakia turboprop military transport aircraft Leonardo C-27J Spartan (onboard number "1931"). The official ceremony of handing the machine over to the Slovakian Air Force will take place on October 31. 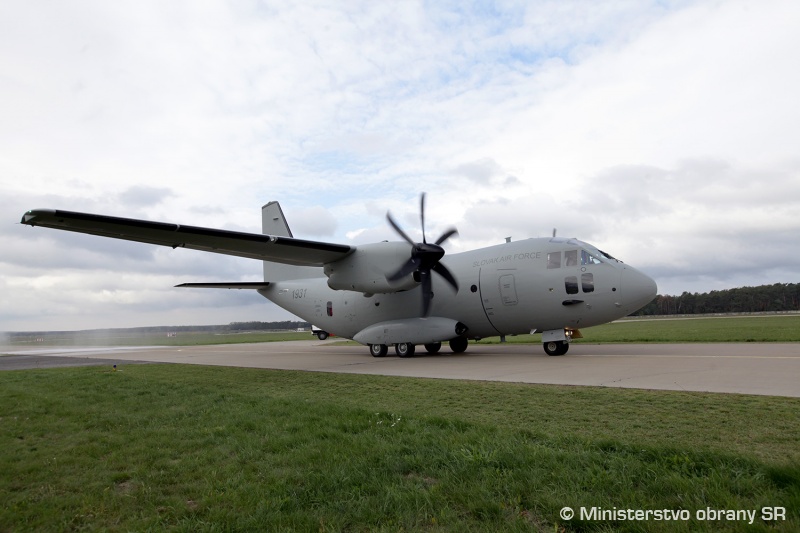 Slovakia requested 14 F-16 Block 70/72 V configuration from the US under a Foreign Military Sales contract with an estimated cost of $2.91 billion. The Congress was notified of this possible sale on 3 April.

Slovakia intends to use these F-16s to modernize its Air Force and strengthen its homeland defence.

1.6 billion euro for 14 f-16. They should have bought alien tech for that price

US need to pay back all the investment of f-35 so sattelite countries pay for it ...
George1

As the Slovak Ministry of Defense reported, on December 12, 2018, the Minister of Defense of Slovakia Peter Gaidos signed in the presence of Slovak Prime Minister Petar Pellegrini in the office of the Government of the Slovak Republic in Bratislava agreements and contract for the acquisition of 14 American fighter jets for the Slovak Air Force F-16V Lockheed Martin 70/72 (12 single and two doubles). The cost of the purchase will be more than 1.6 billion euros, which makes it the largest defense contract in the history of independent Slovakia.

That is over $110 million per aircraft... I thought the F-16 was supposed to be the cheap aircraft?

Still, I suppose if they sold it cheap who would buy F-35s?
Sponsored content