Whats the status of this truly amazing apc ATOM?Is it cancelled or not,because of the sanctions.It really looks awesome.
Mike E

It will be continued as a Russia-only project, and should be based on the Armata platform.
Djoka

Mike E wrote:It will be continued as a Russia-only project, and should be based on the Armata platform.

Mike do yo think its appearance will be changed.I mean if its going to be based on armata its probably going to change its size and everything else,what do you think?
Mike E

Maybe, maybe not... Chances are the the platform will be scaled to the Atom, and not vice-versa. The only change they are probably considering would be reducing the height, as it is a tall vehicle. 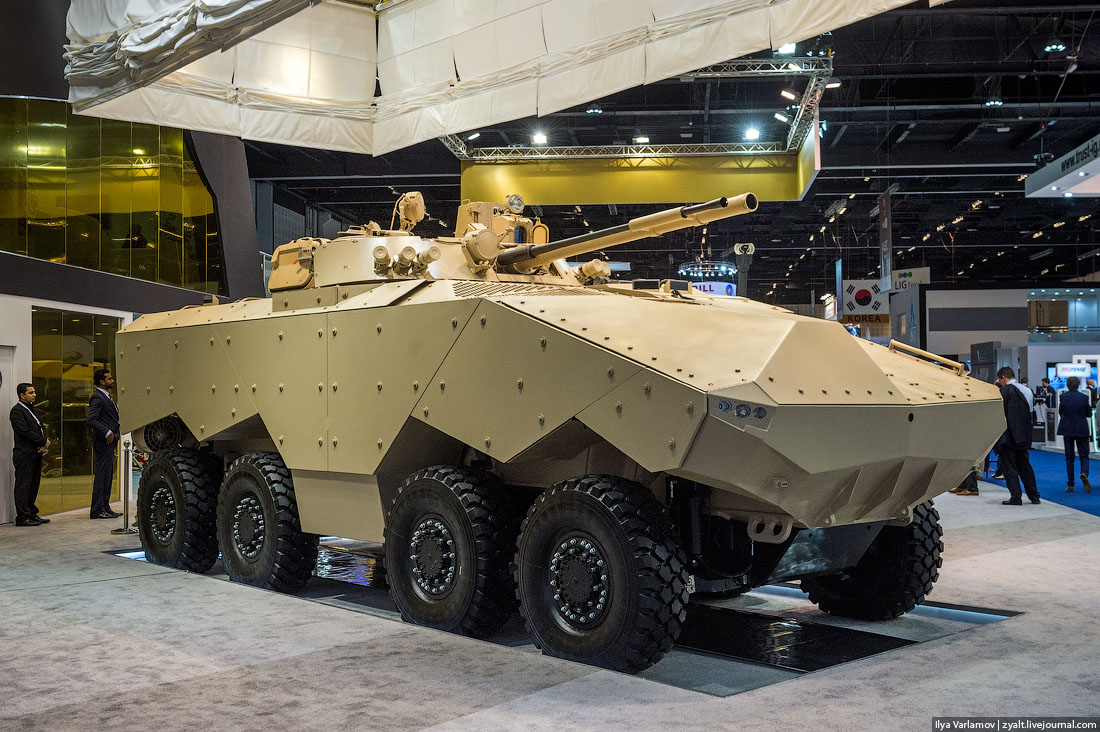 Compare earlier pics of ATOM (such as the UVZ page you just linked yourself) to this UAE vehicle.
Just look at the wheel spacing, it's pretty obvious that the UAE vehicle is not ATOM...
Based on that wheel spacing, I actually suspect the UAE vehicle is derived from Serbian Lazar II.
Regardless, it is not billed as ATOM, nor linked to Nexter in any way. From Russian perspective, same basic concept though, I guess.
GarryB

AFAIK ATOM is a joint venture between Russia and France to fit the new 57mm high velocity gun on a wheeled French vehicle platform with the interest of selling to third parties who already operate French vehicles but might want an upgrade in fire power or chassis.

The photo above is AFAIK an attempt to upgrade UAE BMP-3s with a cheaper wheeled chassis that has simpler entry and exit options to the Russian tracked chassis... that is why it is fitted with the old model BMP-3 turret with a thermal sight added on the far side rather than a newer one like the KBP turret with upgraded gunner and commander thermal sights and new longer range ammo called Bakhcha ie http://www.kbptula.ru/index.php/en/productions/armament-for-light-and-hard-armour/bakhcha
George1 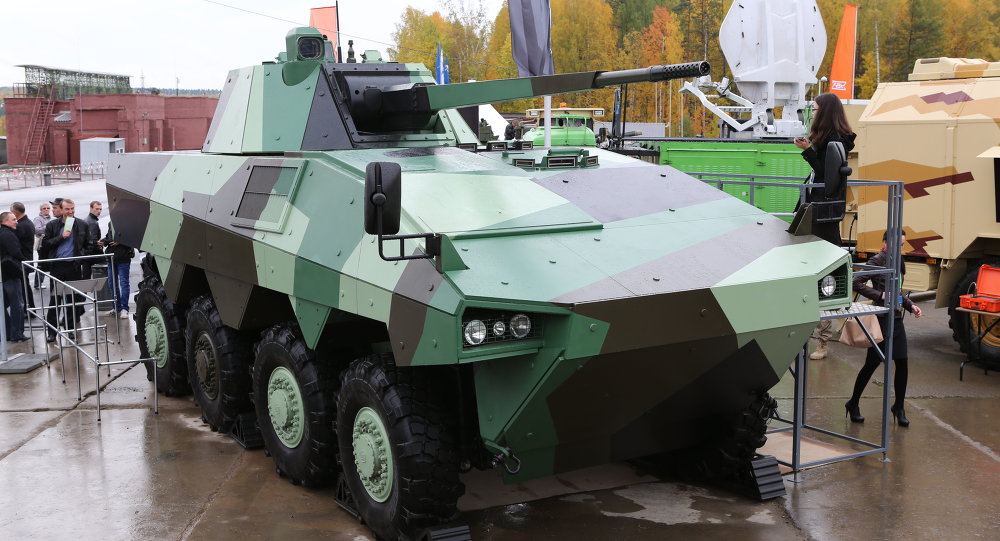 Russia’s tracked vehicle manufacturer UralVagonzavod is preparing to unveil a heavy armored wheeled vehicle, which is being as eagerly awaited as Russia’s all-new Armata tank.

Originally designed as part a collaboration effort with France’s Renault Trucks Defense Company, the ATOM heavy Infantry Fighting Vehicle (IFV) was to become the pinnacle of modern-day technology and a prime example of mutually-rewarding cooperation between Russian and European manufacturers.

After Renault Trucks Defense suspended its participation in the joint project, UralVagonzavod decided to go it alone producing one of the best armored vehicles money can buy.

The ATOM represents the plant’s first entry into the wheeled armored vehicle market, reflecting the company’s strategy in strengthening its traditional tracked vehicle production base with wheeled vehicle platforms, for which demand is stable (unlike tracked vehicles).

As a heavy vehicle platform, ATOM will be able to adapt to a number of applications, all based on a common chassis.

The ATOM 8x8 IFV features an overhead unmanned turret armed with a 57mm automatic gun, which is capable of engaging light armored and soft targets with a firing rate of 300 rounds per minute and an effective firing range of up to six kilometers.

It is powered by a 600hp diesel engine, which features an automatic gearbox and transmission with independent suspension. The IFV is propelled in water by a pair of propellers fitted on the sides of the rear hull.

It has a maximum speed of 100km/h and an unrefueled range of 750km, with a ground clearance of 600mm and features run-flat tires. The vehicle can be air dropped using Il-76 aircraft.

The ATOM features an all-welded hull with modular armor plates. Its cabin accommodates three crew members and up to eight troops along with equipment. It has one rear ramp, and four roof hatches for entry and exit.

The IFV is designed to provide transportation for motorized infantry subdivisions during combat missions and in battlegrounds.

The vehicle can be customized to make it suitable for deployment in different operations. It is available in different variants including troop transport vehicle, ambulance, breakdown vehicle, and armored police vehicle.

The combat weight of the vehicle is 32 tons and the maximum payload carrying capacity is 7 tons.

The ATOM IFV will be presented at the Russian Arms Expo (RAE) exhibition to be held at Nizhny Tagil on September 9-12.

I am not sure why they continued develop of this vehicle, from what i am aware they are not able now to obtain chasis which is of French origin, unless they want to offer it for export as such in deal with French and use weapon module on Kurganec 25 in future.
Book.

No need the france
eehnie

No need the france

You are right. I always liked the project. I think it can be successful in the following decades.