As part of the development of the fleet of armored combat vehicles of the airborne troops, a promising self-propelled anti-tank gun (SPTP) 2S25M "Sprut-SDM1" has been developed. To date, experimental equipment of this type has passed part of the tests, and now it is planned to launch mass production with the delivery of finished vehicles to the troops.

On December 6, Izvestia announced the new plans of the Ministry of Defense in the context of the Airborne Forces. The military department made a fundamental decision to purchase a new SPTP for re-equipping combat units. At the moment, experts are assessing the current state of affairs and the needs of the troops. Based on the results of this analysis, the required quantities of equipment and the volume of purchases will be determined. You will also have to choose the units and subdivisions to which the self-propelled guns will go.

Next year, the Ministry of Defense will begin training crews for new armored vehicles. This task will be solved by the 242nd training center for training junior specialists of the Airborne Forces (Omsk). The details of the planned training course were not specified. The number of future gunners is also unknown, which depends on the volume of orders for equipment.

In August, it became known about the start of state tests. They will be completed in 2022, and after that an official decision will be made on the acceptance of the product into service. Also, the command of the Airborne Forces mentioned the need to purchase at least one divisional set of self-propelled guns.

Thus, the long-term process of developing and fine-tuning a new model of self-propelled artillery is approaching the desired ending. The development of the future "Sprut-SDM1" began in the first half of the tenth years, and in 2015 the first prototype appeared. The next few years were spent carrying out all the necessary tests, which are not yet officially completed.

According to open data, at present in the Airborne Forces there are up to 36 SPTP 2S25 "Sprut-SD" - the immediate predecessor and basis for the current product 2S25M. Serial production of the first version of the self-propelled gun began in 2005 and lasted until 2010, after which it was curtailed due to a number of serious shortcomings.

"Sprut-SD" was made on a modified tracked chassis of an experimental light tank "Object 934" or "Judge". It generally met the requirements of the armed forces, but there were drawbacks and difficulties. First of all, the choice of the base chassis was criticized. It had insufficient unification with other models of airborne forces, which made it difficult to operate and supply spare parts. There were also claims to certain tactical and technical characteristics.

At the same time, the Airborne Forces recognized the high combat qualities of self-propelled guns, which were based on a 125-mm smooth-bore gun-launcher 2A75 and a modern fire control system. In terms of ammunition, the gun was unified with the 2A46 tank gun - this gave similar fire characteristics.

It was suggested to get out of this situation in an obvious way. It was necessary to rebuild the existing SPTP "Sprut-SD" using a new chassis. Taking into account the approved plans for the development of the Airborne Forces fleet, a modified chassis for the BMD-4M was developed as a new base for self-propelled guns. In addition, it was envisaged to update the on-board equipment complex - according to some reports, using instruments borrowed from the latest projects for the modernization of main tanks.

Consequences of the update

The unification of the armored vehicles of the Airborne Forces is of great importance and seriously affects the potential of the "winged infantry". Currently, a program is being implemented to modernize the existing fleet, both by updating existing machines and by building new ones. During these processes, measures are taken to optimize various aspects of operations and reduce costs without compromising combat effectiveness.


In the airborne forces there are about 1300-1400 airborne combat vehicles of various models. The basis of this park is made up of relatively old BMD-2 in the amount of approx. 1000 units The number of modern BMD-4Ms should already exceed 200 units, and their production continues. In the field of armored personnel carriers, a similar situation is observed. The most massive, 700 units, remain the old BTR-D. The number of modern BTR-MDM so far does not exceed 90-100 units, but it grows with each new batch of equipment.

The ranks have approx. 250 self-propelled artillery pieces "Nona-S" in the basic and modernized versions. These vehicles are built on the BTR-D chassis and are unified with the BMD-1/2. Finally, more than 30 SPTP "Sprut-SD" were built on a completely new chassis that has nothing to do with the BMD / BTR-D line.

In the foreseeable future, the development of the fleet of armored vehicles of the Airborne Forces will follow obvious paths. If possible, older models will be upgraded, but some will be decommissioned. Their place will be taken by modern BMD-4M and BTR-MDM, as a result of which their absolute and relative number will grow over time.

In the current situation, when the troops are simultaneously using equipment on several platforms, new models should be built on the basis of the most modern chassis. This is the approach used in the Sprut-SDM1 project. Thanks to this, in the distant future, when obsolete vehicles are removed from service, only equipment on the modern BMD-4M platform will remain in service.

The promising SPTP 2S25M "Sprut-SDM1", together with other airborne equipment, will be able to be transported by military transport aircraft and parachuted. The self-propelled gun will be able to use modern parachute systems developed for the BMD-4M and BTR-MDM. Full-fledged operation of artillery and landing vehicles in the same battle formations is also ensured. The equipment moves freely on land and is able to overcome water obstacles by swimming.

The 2S75 gun is as close as possible to the 2A46 tank gun in terms of fire characteristics and uses the same ammunition of all types. During the modernization "Sprut-SDM1" receives a new fire control system based on digital devices with day and night thermal imaging sights. Thanks to this, the characteristics of the FCS of tanks and self-propelled guns are almost the same. Due to modern means of communication, the 2S25M is integrated into the standard control systems of the tactical level of the Airborne Forces.

In fact, the "winged infantry" gets its own light tank, suitable for landing in the required area and capable of fighting well-protected armored objects or enemy fortifications. The presence of such a vehicle significantly increases the overall firepower of a subunit or formation and makes it possible to more efficiently perform assigned tasks. A similar technique is already in the units, and in the future its number will increase.

In the recent past, the Airborne Forces received a number of 2S25 Sprut-SD self-propelled anti-tank guns. With all its advantages, this technique is few in number and has some operational disadvantages. Nevertheless, measures were taken, which resulted in the modernized "Sprut-SDM1".

The new self-propelled gun has entered state tests, and the Ministry of Defense is already making further plans. In the near future, it will study the needs of the airborne troops and determine the required volumes of orders. After 2022, the self-propelled gun will go into series, and then go into service and will allow the Airborne Forces to complete the protracted process of mastering the most important anti-tank weapon.

I had posted the news about India trying to procure the Sprut-SDM1. Now, Indian media is reporting that India will also take part in the trials of the Sprut-SDM1 system starting late summer. 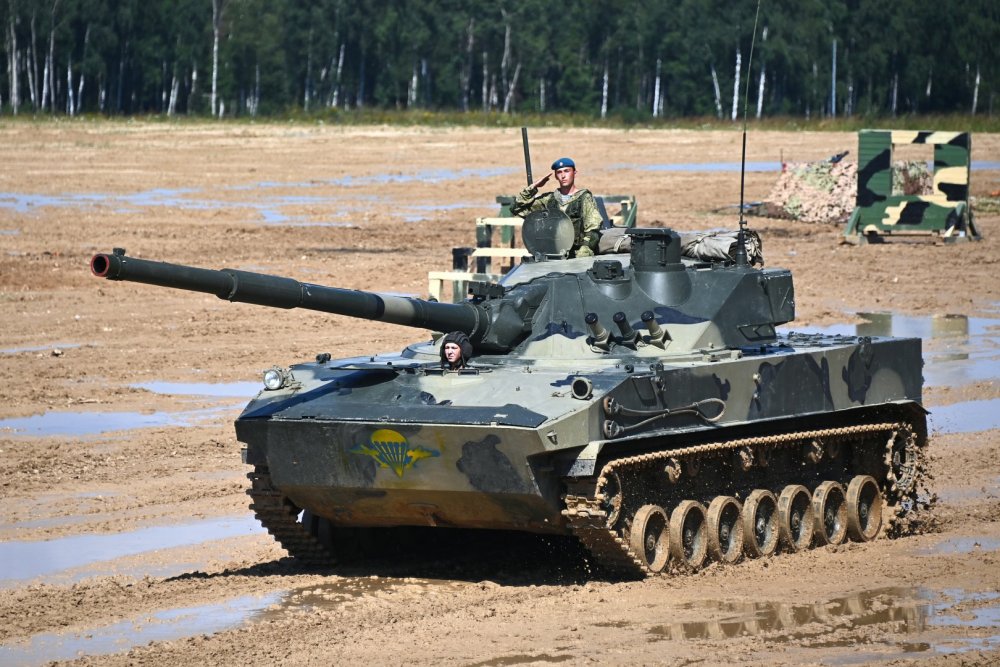 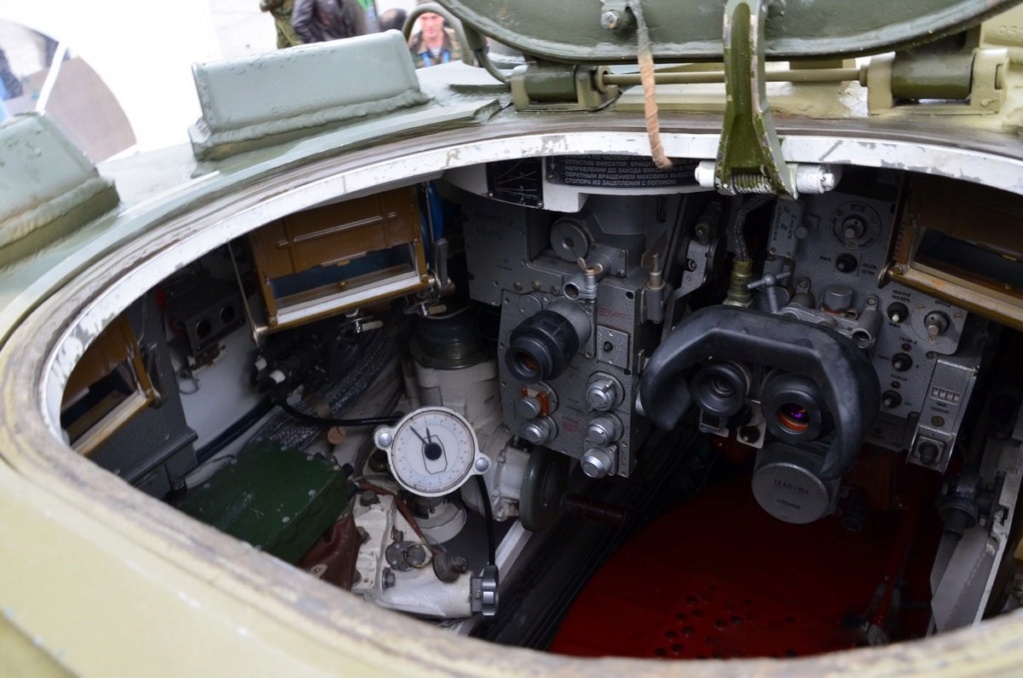 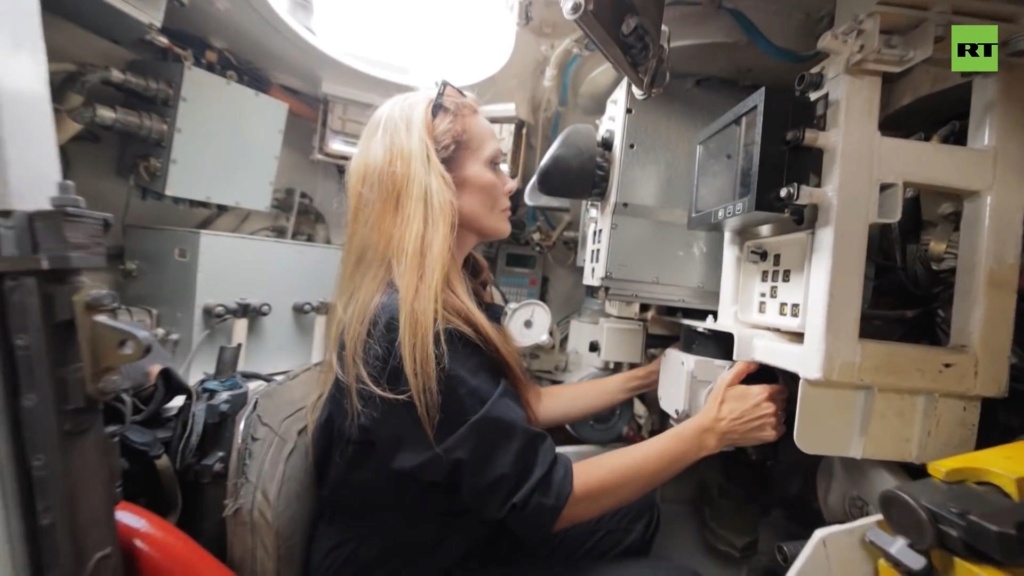 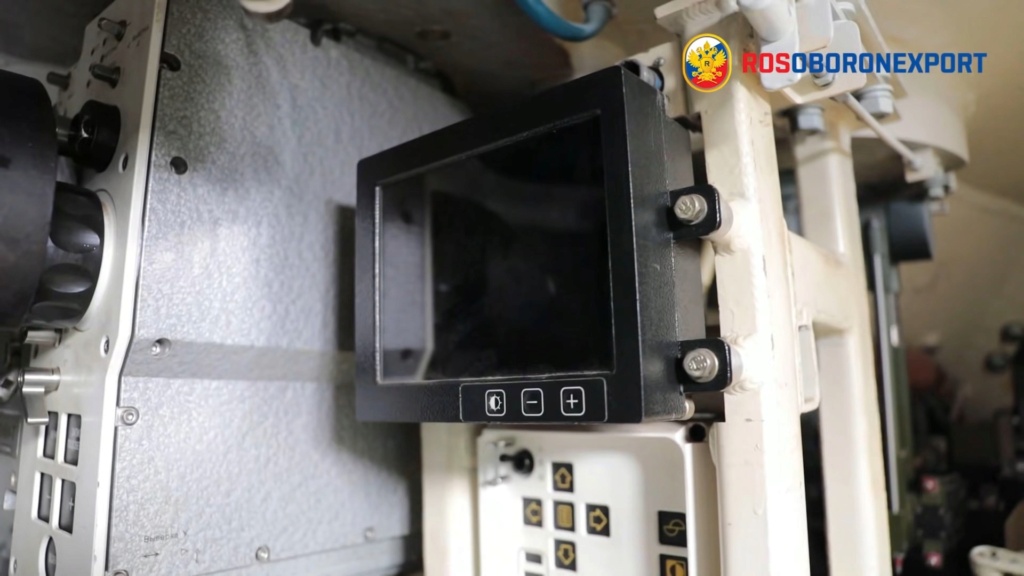 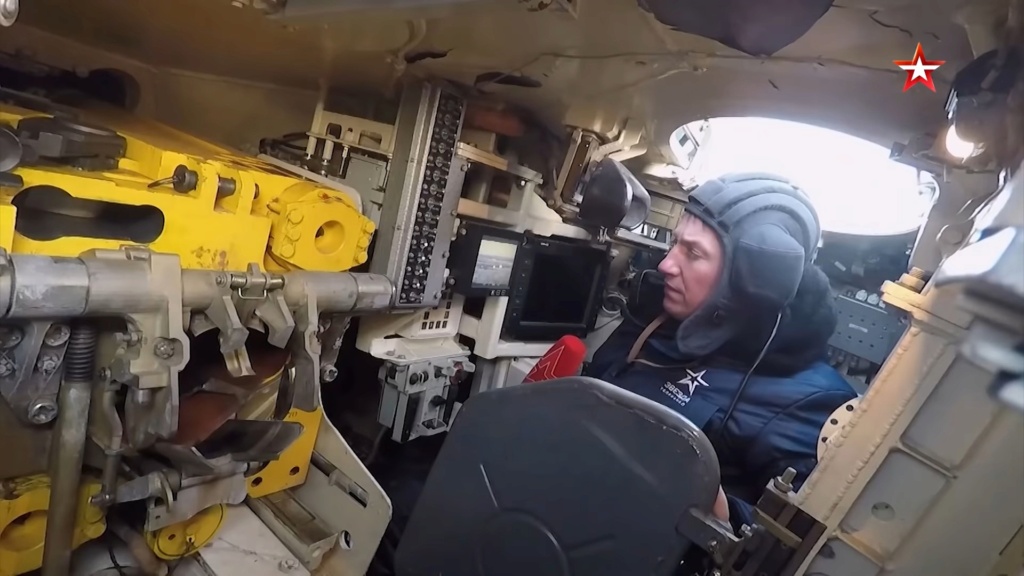 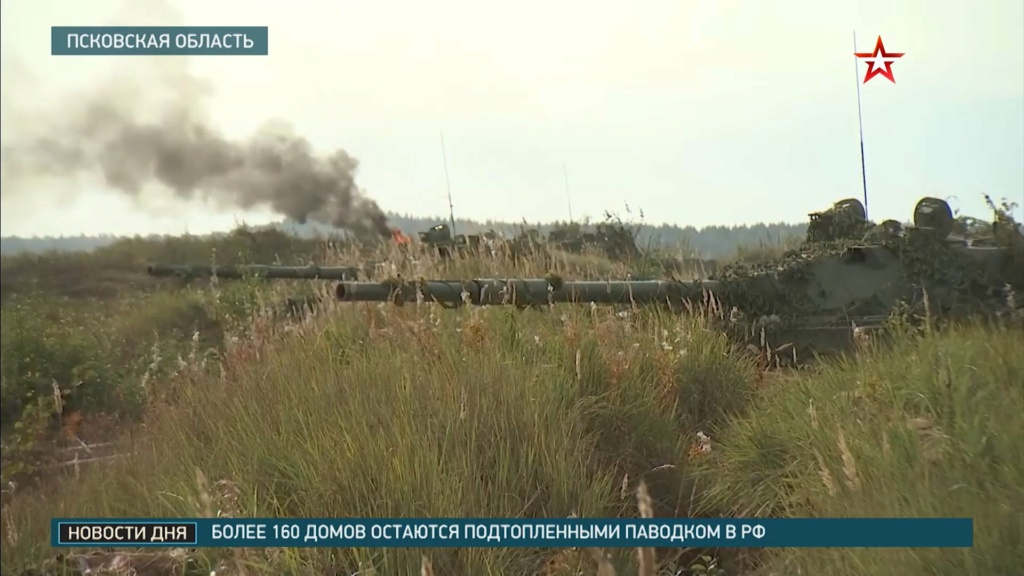 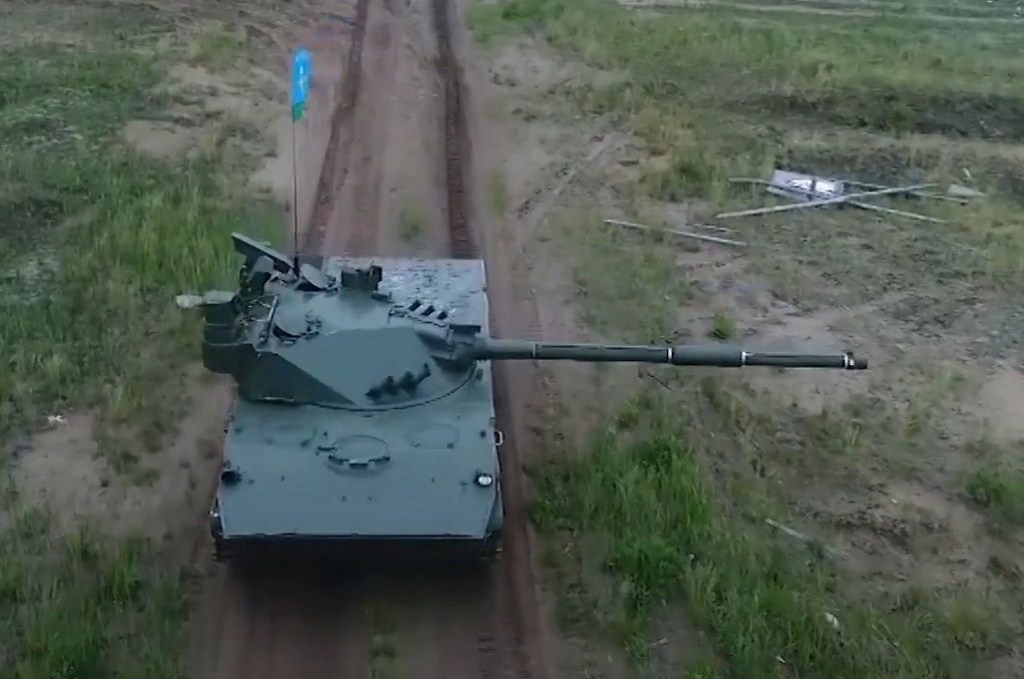 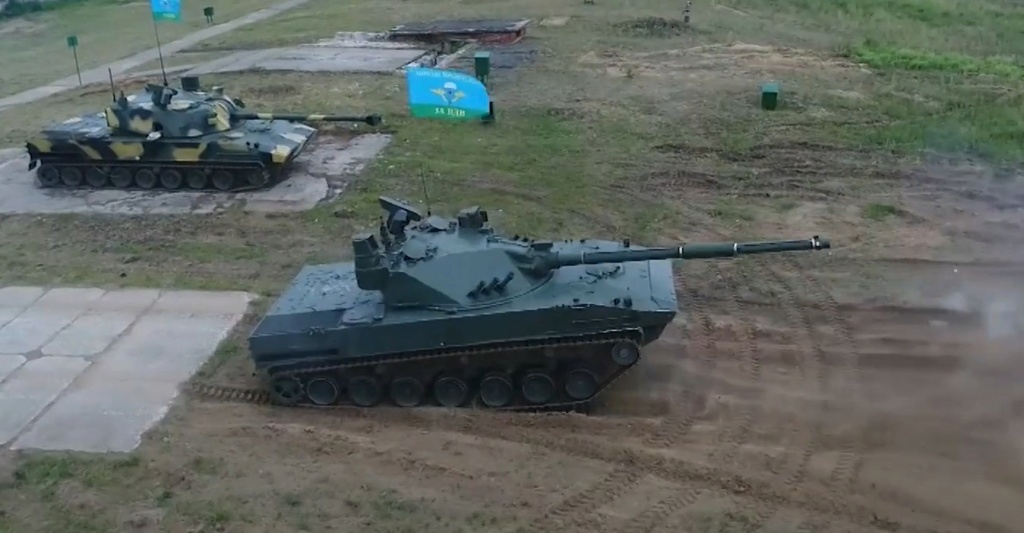 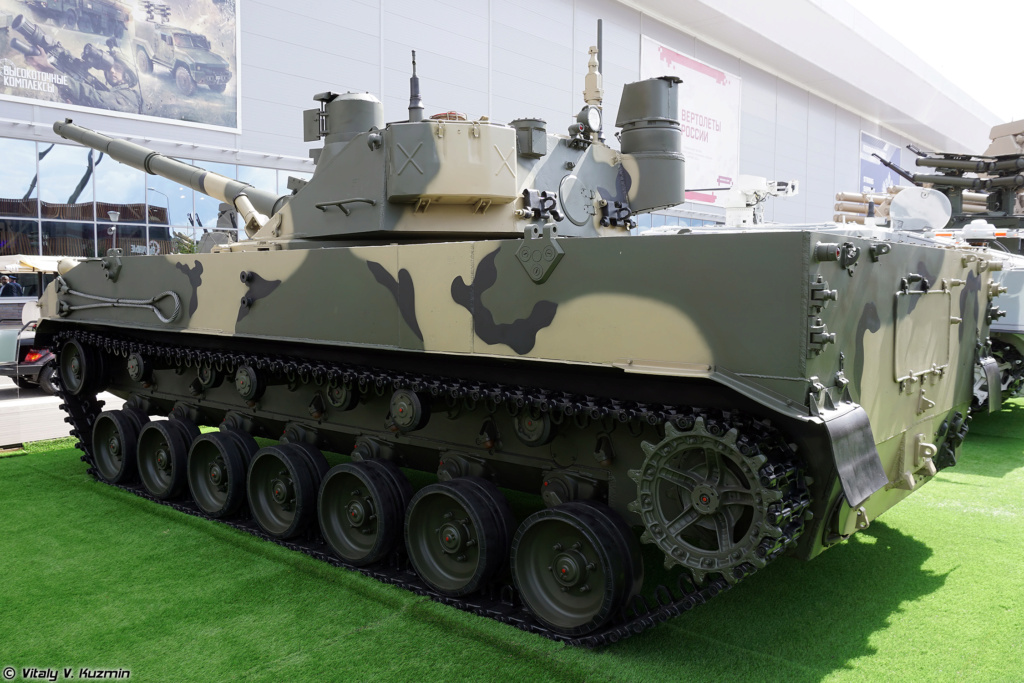 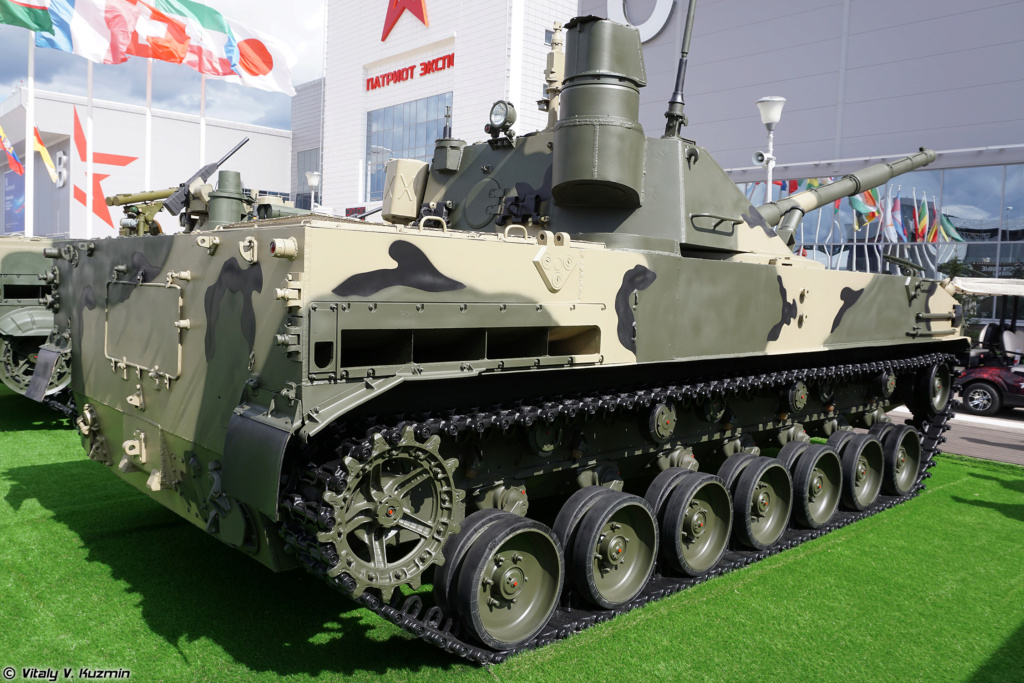 A question: who seat at the flanks of the driver.?
I mean: in a BMD or in a BMPT there are grenade launchers or machine guns operators in such positions but here I see they have neither a visor to loook out.
GarryB

From what I can see it has a crew of three... gunner, commander, and driver... but there are five positions and five hatches, so it seems to have two spare seats...

There does not seem to be any hull mounted weapon positions for guns or grenade launchers... perhaps it is future proofed so in the future unmanned turrets could be fitted, or more likely the vehicle it is based upon had those positions and they didn't change them because they don't want to store ammo there.

From what I can see it has a crew of three... gunner, commander, and driver... but there are five positions and five hatches, so it seems to have two spare seats...

There does not seem to be any hull mounted weapon positions for guns or grenade launchers... perhaps it is future proofed so in the future unmanned turrets could be fitted, or more likely the vehicle it is based upon had those positions and they didn't change them because they don't want to store ammo there.

Any lightly armored vehicle like this in 2022 needs APS as in ASAP. Otherwise, it is a metallic coffin on treads.

They mention in the video that it is about 23 tons with its add on armour, so we see it in its naked form.

I rather suspect when it is not naked it has ARENA 2 at least.
LMFS

Rostec has completed testing of the upgraded 2S25 tank destroyer

Tests of the upgraded 125-mm self-propelled anti-tank gun 2S25 have been completed, and it may soon enter service in the Russian army. This statement was made on August 12 by First Deputy General Director of Rostec Corporation Vladimir Artyakov.

"Its (2S25 guns — Ed.) state tests have already been completed. In the near future, we expect to assign the letter "O1" to this model, after which the machine can be put into service," Artyakov said in an interview with RIA Novosti.

He also noted the high combat qualities of the anti-tank gun — the ability to overcome water obstacles and at the same time shoot afloat and the ability to conduct combat operations in various difficult natural conditions. The firepower of this gun corresponds to the T-80 and T-90 tanks, and the mobility is comparable to the BMD-4M amphibious assault vehicle and the BMP-3 infantry fighting vehicle. The 2C25 gun has no competitors either in Russia or in the world, Artyakov stressed.

The improved 2S25 cannon is an armored tracked floating vehicle with a powerful artillery and missile system and is intended primarily for units of the Russian Airborne Forces. It is capable of landing from the air with a crew inside and making marches at a distance of up to 500 km without refueling.