I am bit surprised about Karakurts, they do fit with UAE geography but I thought they already have required products available from elsewhere

As you already know the GCC use weapon contracts as glorified bribes for political favors, it's one of the reasons why Russia isn't more hostile towards them (despite the obvious reasons why they should). The GCC were smart to not follow the EU example, because god forbid if they were as explicitly Russophobic like their Europoodle counter parts (the GCC, especially the SaudiMights, are ripe for color revolutions of their own).

Maybe they can already replace the ukrainian gas turbines with Russian ones, or they agreed a contract with country 404. In addition, if I am not mistaken, there is a variant of gepard class without gas turbines, but with two diesel engines, with reduced max speed (max 22 knots) but increased range at low cruise speed. 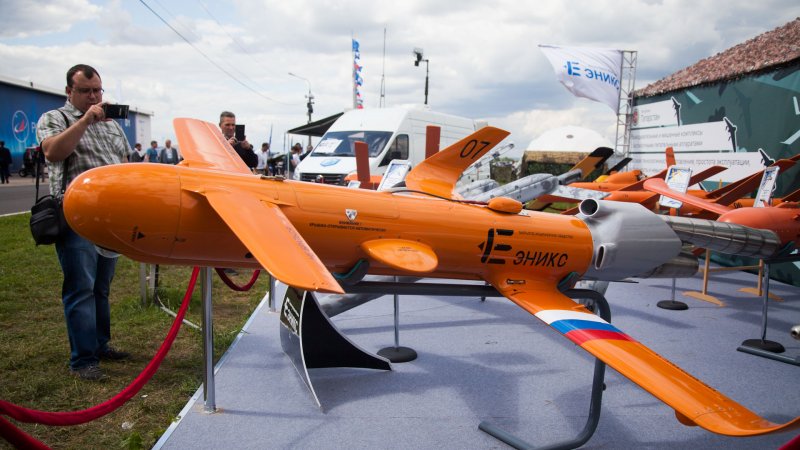 Representatives of the United Arab Emirates and Algeria vested interest in the advanced target drones E17M made by the Russian company ENICS. They are capable to fly longer, higher and faster than the previous versions, the company’s deputy director Sergey Pobezhimov told Mil.Press Today.

The trials held in Q1 2019 have confirmed the improvement in performance of the target drone. The new version can stay in the air for 1 hour, while the earlier one flew only 40 minutes. The ceiling has grown from 3,000 to 4,000 meters as well.

The target drone can be powered not only by a pulse-jet engine, but by a turbojet one. Max speed with the first engine type is 400 kph, with the second one is up to 500 kph.

According to the company managers, using of one or another type of engine depends on the needs of a certain client. Some of them are foreign ones.

"Indeed, foreign customers took interest in our target drone. Example, those from the Arab Emirates and Algeria", shared Sergey Pobezhimov.

Head editor at Arms Exports magazine, Andrey Frolov, explained that the interest from these Arabic countries was natural, as Russia had already established cooperation both with Algeria and the UAE.

"We do have military and technical contacts with these countries. Sure, in these terms Algeria precedes the Emirates [as of purchase volume – editor’s remark], however, the UAE often act as a launch customer of new and expensive weapons. So, both countries are potentially exciting clients. In the case of Algeria, the interest in the Russian target drones is quite obvious, while it is hardly understood for the Emirates. Perhaps, they need these systems to train crews of Pantsir air defense systems", supposed the expert.

"Basic trends in the target drones development depend on their core mission: simulation of the wide range of various aircraft for minimization of corresponding costs. This task can be resolved by single- or multiple-use short-life air drones properly equipped to simulate different targets. This helps to make these devices more versatile under the current aircraft performance characteristics", commented the expert.

While some countries are oriented at procurement of new systems in Russia, another ones update the air training fleet by own efforts. In March, the US Navy reported on assignment of the initial combat readiness status to the new subsonic air target BQM-177A. It is supposed to replace BQM-74E used in the US Navy since 1968.