... and again, you don't get that ...
Leave the Tornado. It is relatively new. And uses a GLONASS corrected rockets from the beginning ranged 120-200km.
Your ass will be heavily spanked again.
Each and any case when either Uragan, or Smerch, would require pinpoint accuracy - they would just use cluster rockets with homing warheads. MOTIVs for anti armor or 9H268 for anti personnel. Those have their own senses, and will just aim on desired target.
If they want to destroy a stationary target, they will just use a thermobaric warhead.
Or just HE ones, as the distribution of the missile valley won't leave anything there anyway.

Or - finally - they can use "new" missiles with GLONASS correction we already witnessed in this war because Russkie have them for the last decade for both 220 and 300mm cal.

The point is that you most probably have no bloody idea about the ammo types they are using, how they work etc.

Long story short, Russie do have everything the newest M270 system rockets can deliver, yet have multiple features the 270s don't have.
And this much more versatile Russian system is being supported by several different types of ballistic missiles or cruise missiles. Something you don't have. Each and any time, you are catching up the Russkies, with a single switch in the early 90s when your rocket artillery get ATACSM and new, longer range rockets, while Russkie liquidated a waste supply of newest tactical missiles and put on hold a modernization projects.
Hyping on M270 Wunderwaffe is stupid.
Ukraine had better systems.
Belarus has.
China has.
South Korea has.
North one either.
Iran has.
India has.
Turkey has.
Everyone who matters has.
The US is so backward, that you can't even get the point what we are talking about, and where is a difference ...

No, you are just going on a rant. How accurate those missiles are remained to be seen also if you wanna talk about that, Russia has very few of those systems and we are already producing a missile that goes up to 150KM.

Also no the smerch missiles despite their glonass haven't been proven to be ass accurate. It does make the missiles more accurate yes but again you are going on an apples-and-oranges remark. If we just wanna talk about the missile themselves then we beat Tornado's range of 120 with 150, So far Tornado hasn't proven more accurate than HIMARS. I am not going by what people like yourself state, I am going by what I see happening on the field. Because that doesn't lie, you on the other hand do.

Also, when did I say the US is the only one who has systems kinda like HIMARS? not once. You are throwing this in putting words in my mouth to make yourself look right, which a cheap deflection tactic you do the second you cannot defend your stance. Quote me saying only the US has a weapon system like HIMARS, you can't tho because I never said that. I see you're picking up on Garry's cheap little tricks.

What does the russians destroying a stockpile have to do with my post? that HIMARS isn't useless like fanboys such as yourself claim? it has nothing to do with that, again trying to deflect using points that have no baring on the subject because you got nothing else. Grade school level tactics.

Also HIMARS can use different ammos bud, no one knew it could use Tungsten shrapnel rounds like it did and there are more surprises.

In the end you cannot back up your claim that HIMARS is worthless because the facts aren't there now your restorting to cheap deflection tactics.

Ukraine has something more advanced than HIMARS lol....Okay buddy, I am going to walk away now after that remark. I have stated my piece and you've shown you got nothing else to add, now your are just ranting, so Imma step way as the conversation is done.

Yesterday a unique event took place.
Not only on the scale of the NWO, but on the scale of military aviation in the world.
One Su-35S took down 2 helicopters and 2 aircraft in one combat patrol.  It took him 2 hours.
It is not clear about the aircraft, either the Su-24 and MiG-29, or the MiG-29 and Su-25.  And a pair of Mi-8s.

Surprisingly, this is not.  The epic is that one Su-35S did it all in two hours, spending 4 missiles on all.

There should be a long, long standing ovation.

The man had a good day, on his hunt.

Tho it makes me wonder did the choppers and planes not have flares or any protection against missiles?
Dr.Snufflebug

I assume it's SARH missiles. Flares do nothing, and old school chaff is kinda useless against modern ones too.

Ukrainian choppers use flares on their missions. That much I've seen in videos. As for other protection, I'm not sure. I know that Soviet designed planes should have radar warning systems and flares, as well.
ludovicense

The man had a good day, on his hunt.

Tho it makes me wonder did the choppers and planes not have flares or any protection against missiles?


No countermeasure is 100% effective. Heat spreaders or metal plates are not enough to stop modern missiles. In many of these actions, the aircraft does not even have the capacity to detect the attacker's missiles...
PapaDragon

Scorpius wrote:Investigative Committee of Russia: More than 3 thousand bodies of civilians killed by Ukrainian troops were found in Mariupol after the fighting...

That would be same Ukrainian troops that Russians released back home as heroes?

No point whining about dead civilians now, they had the chance to do this right and they shit the bed

Bury the carcasses and move on, you fucked intentionally so it's useless to bitch about it this late in the game

Next time when you capture Ukrainians just kill them, only way to be sure

Sieg, you seem to have a hard on for himars. Do you make them for a living or something?

Folks, we talk worn planes made from any single junk&crapp they could dig out to make them flying.
ECM or self-defense suit represents the early 90s level at best.
Confronted with the latest generation of Russian missiles that are being tested with pleasure now.
Those guys really get one way ticket.

I've already said that being a pilot in the Ukrainian air force is the worst job in the world... if that's a job at all, since it's more like a kamikaze. Facing sophisticated Sukhoi and Sam with layered defense with obsolete aircraft will never have a happy ending for the attacker.

Alamo wrote:Before the war started, Ukrainian army already operated its own breed Vilkha 300mm system that eats the HIMARS or M270 alive.
Vilkha M2 had a range of more than 200km with a special reduced payload rocket, and some 130 km with full load, 250kg warhead. It was internal navigation system, but the missile used GPS as support correction, and very unusual correction mechanism consisting of dozens of small nozzles.

Not really. Nothing beats HIMARS since GPS is controled by the USA. Having your weapons using such foreign technology makes it a joke. I rather go with unguided rockets and a good aiming computer than buying expensive guided rocket that the US can transform into unguided ones by switching one button.

Even the russian can make that HIMARS bad by jamming their GPS but it seems they are also using GPS which is a shame since they have their own gps.
Sujoy

GarryB wrote:Not sure where you get your information from but PAC-2 is normal Patriot and PAC-3 is a specialised model designed to intercept very high speed ballistic targets.

The PAC-2 would be used against cruise missiles, though would not be ideal, PAC-3 would be totally useless against aircraft or cruise missiles and would only be effective against incoming missile targets.

What does "normal Patriot" mean? The first edition was the PAC-1.

I was referring to the warhead used on the PAC-2. PAC-2 has larger projectiles in the blast-fragmentation warhead and different timing of the fuse.

PAC-3 is hit to kill. Should be able to intercept cruise missile.
Airbornewolf 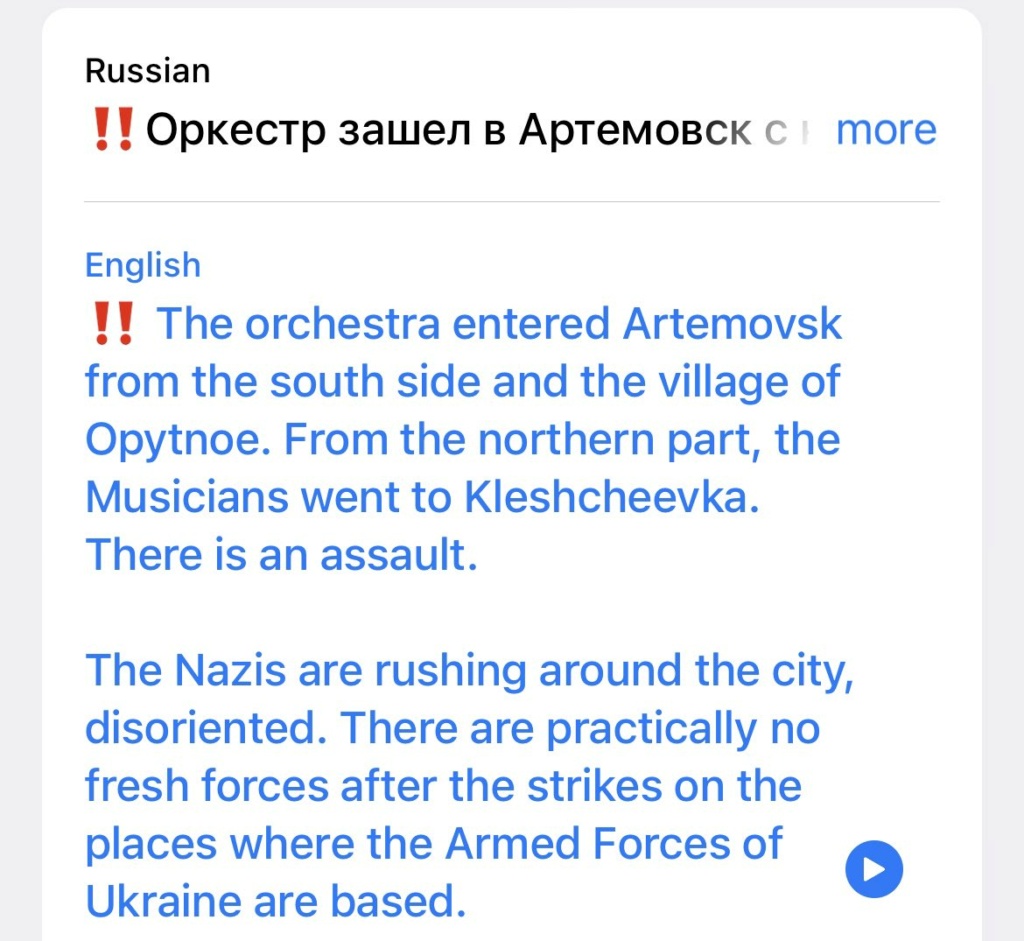 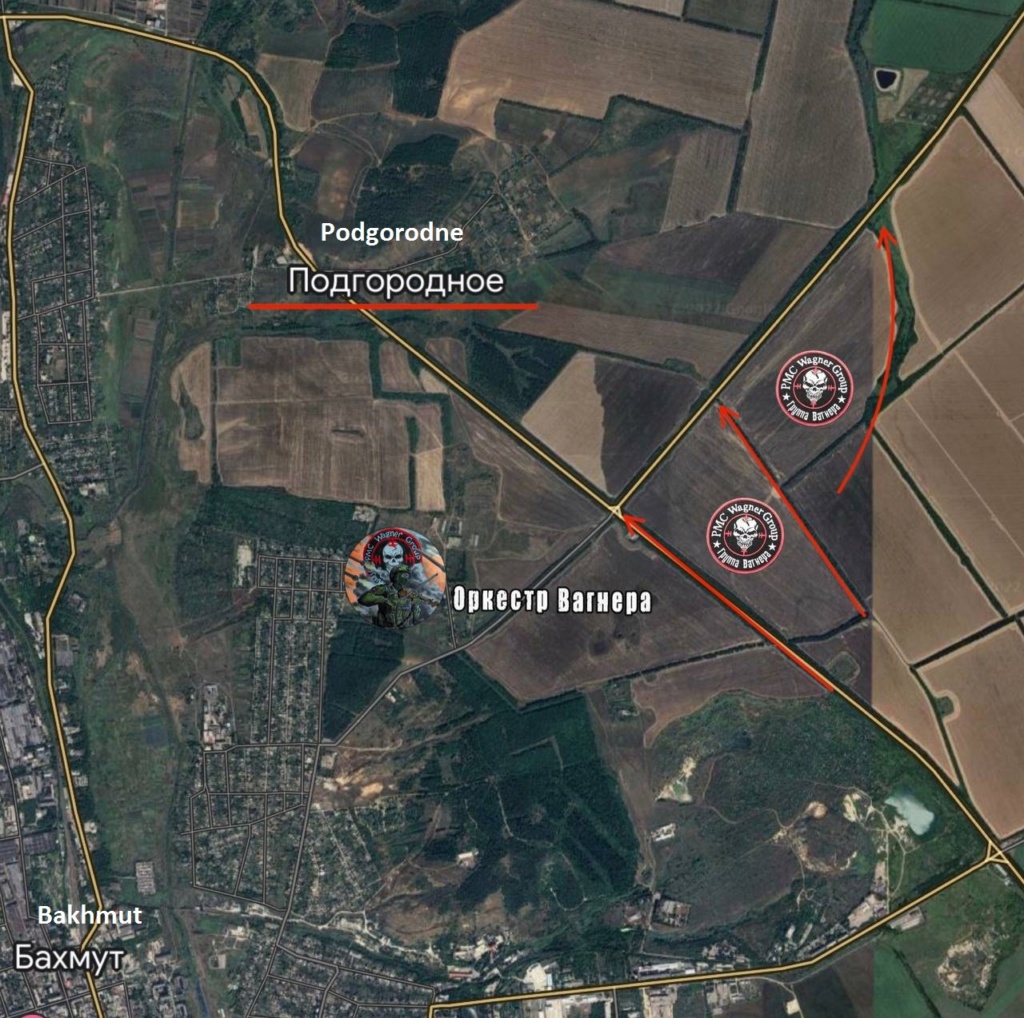 I've already said that being a pilot in the Ukrainian air force is the worst job in the world... if that's a job at all, since it's more like a kamikaze. Facing sophisticated Sukhoi and Sam with layered defense with obsolete aircraft will never have a happy ending for the attacker.

That's right, they're dead men walking whenever they get in the air. The ones who return in one piece must count their blessings but they only postponed the inevitable. Most of their best and most experienced are dead. They are ony forced to fly for propaganda, their actual effect is negligible.

At least the kamikazes bravely fought and died for their country against an overwhelming opponent, these urks are just sent to death to serve the Kiev regime and neo-nazi fanatics under their US masters. 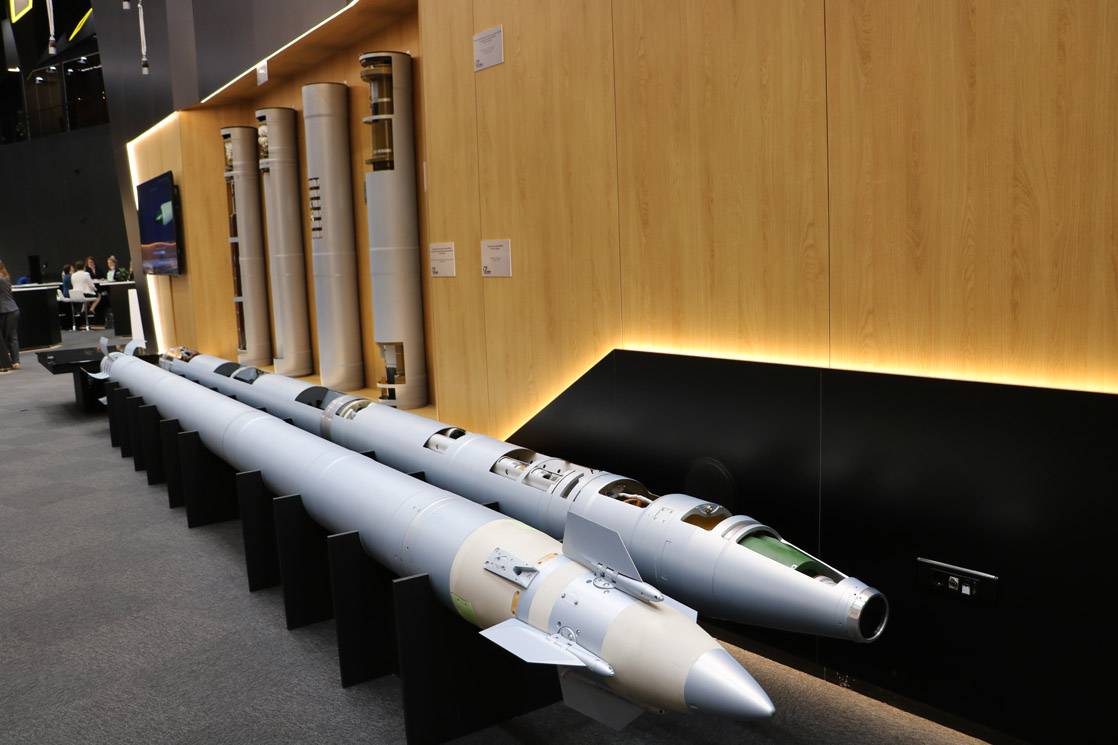 What do you think is in this photo? Oh, my God, these are non-existent guided munitions for Tornado-S systems.

We have already seen multiple cases of debris of this type on the ground in 404, so the thing is widely used.

Yes but if CNN, Ukrop media or whatever doesn't plaster same photo every few minutes for weeks on end, some people think it isn't used or doesn't exist. See ISOS' posts as example regarding airforce use.

Scorpius wrote:What do you think is in this photo? Oh, my God, these are non-existent guided munitions for Tornado-S systems.

Nice! New warhead payloads have probably been used and launch readiness is also probably down to just 3 minutes. Would be interesting to figure out if 122 mm and 220 mm rockets are both guided.

What are the names of these 2 missiles?

The GPS/GLONASS-guided 9M544 (200km max range) has been used more than one thinks.

Those ultra dry, matter-of-fact Russian MoD sitreps often mention it, not by name but it can be inferred.

As the targets typically aren't close to the front and not under UAV surveillance, next to no footage exists. The Ukrainians are very tight-lipped too, for obvious reasons. Posting Ls and what not...

They did however acknowledge its use when they made fun of some off-the-shelf ICs ("AliExpress") being found in the aftermath of a strike. Not the gotcha moment they envisioned though.

Anyway, the system outclasses HIMARS in just about every aspect. Neither are any wunderwaffe though.

UA is on the defensive and increasingly relies on what can best be described as macro-guerilla tactics. If they stay in one spot a minute too long, it's good night. They make good use of the shoot and scoot-tactics allowed by such a platform, that is true. But that's about it.

So six Il-76s have flown from Russia to Minsk in the past 12 hours. Quite unusual.

I wonder what kind of deliveries called for such expedience.

S-400 I guess. I mean the additional ones to cover the southern border. Belarus seems quite pissed with the recent missile strike, they openly claim it was deliberate.