Changing allegiances in the self-afflicted panic are we archy?

Don't forget to change your avatar to the blue & yellow

This whole charade has been a debaucle of epic proportions

I smoked the cope early on, but I'm good off cope - reality is a better stimulant anyway

Na, it's just a case of you being an easily bored passenger.
Go play Pokemon Go or something

Rest of us are in here for the long-haul, Russia is too and I'm sure Surovikin knows what he's doing. He's been given right of way to persecute the war as he sees fit in the same way General Grant was in the US Civil War, so leave the man to it and quit dooming.

I agree that Surovkin made right decision when whitdrawn from Kherson. What I disagree is that turning the tide of the war requires much firmer actions what we have seen in last 4 months. Pussyfooting must end or Ukraine raise the flag in Sevastopol.They donät negotiate, they don't surrender. They will fight, because uncle schmuel (+europe)  will give that chance. Western border of the Ukraine must be occupied and that requires around 500k to million soldier. You can't ignore threat from the west if you are doing it.

But my thinking is that if this new advance on Kiev to knock the Ukraine's leadership and co-ordination ability out of the war doesn't happen, then Surovikin's priority would seem to be depriving the Ukraine of the ability to further wage war - economically, strategically, psychologically - before moving to take over territory. I say that because his first actions were to cut power everywhere and thus degrade the Ukrainian ability to redeploy troops and supplies among other things.
He himself has also stated that his priority is to grind Ukrainian forces down. So a steady rate of attrition against them, rather than risking his own troops in any risky maneuvers.
The unknown factor of NATO entering the conflict would also have to be calculated.

That's why I don't see any tide turning against Russia or anything else.
By and large, Russia has thus far decided how the conflict evolves, and where the fighting is going to be and where it isn't.

lyle6 wrote:
Arguably fortifications are armor. You just couldn't bring them anywhere.
The shaped-charge jet of the PG-7R can pierce through 1.5 m of masonry, 3 m of dirt.
Only the heaviest bunkers would have walls that thick.

No bro, they are talking about "window" he just hit in the background.
They are shooting at some building obviously - that is why it is weird.
Sure, it is a quite solid TNT load, but ... Probably they just don't have other rounds on hand

The Russians have NEVER declared publicly and shown that they want to occupy/liberate Nikolaev and Odessa, but that was the "plan" of the forum members.

Yes that's right. However, it would be logical to cut off Ukraine from the sea and make an overland corridor all the way to the Transnistria.

Yes they should do that, but they won't unfortunately. They would need a shit ton more troops committed to the front and willing to accept more casualties (including civilian). Putin doesn't want to do that.

I saw Zelensky is trying to crowdfund the Sevastopol sea drones. What happened to the Western war funds i wonder ?

The drone have indeed good signture.. the RCS is even smaller than a Persicope but it can be further improved.
GunshipDemocracy

At dawn, look to the East!

will it be 5 or more days tbd

Regarding Odessa, you are right. However, I cannot agree with Russia's declarations that it will take over the territory of the LDRN only. Russia has declared its entry into the LDRN  Zaporizhia, and the Kherson region to Federation. This is much more than LDRN.

giving up Odessa is also giving up Transnistria. I dont think it will happen.

Regarding Odessa, you are right. However, I cannot agree with Russia's declarations that it will take over the territory of the LDRN only. Russia has declared its entry into the LDRN  Zaporizhia, and the Kherson region to Federation. This is much more than LDRN.

I didn't mention Zaporozhye and I agree that Russia will go in the direction of liberating that city - you're right Arrow.
The Russians will also return Kherson because they voted that that city is part of the Russian Federation, regardless of whether they will return it through an armed conflict or at the green table.
And at the end of the day, the Russians can still "torture" the second largest city in Ukroshitstan, and for me the only enigma that remains is whether the Russians plan to capture and liberate Kharkov. Kharkov is the only enigma for me, but I repeat that even in the case of Kharkov, the majority population is made up of those who declare themselves as Ukroshitstans. Although I don't think it means anything to them.
Russia has already taken the resources of Ukroshitstan and that miserable Nazi state will be even more miserable in the future, especially when this conflict ends and the artificial maintenance from the West and the flow of money stops. It will be good if Ukroshitstan stay at 20 million because many people will leave Ukroshitstan forever after this conflict ends.

A reasonable plan for a military campaign sounds like this: take an operational pause for the winter-spring period, mobilize and train 700-900 thousand more fighters, accumulate the necessary amount of weapons reserves. And in this case, the summer of 2023 may be the last for the existence of the former Ukraine.
This is my view of the current events. 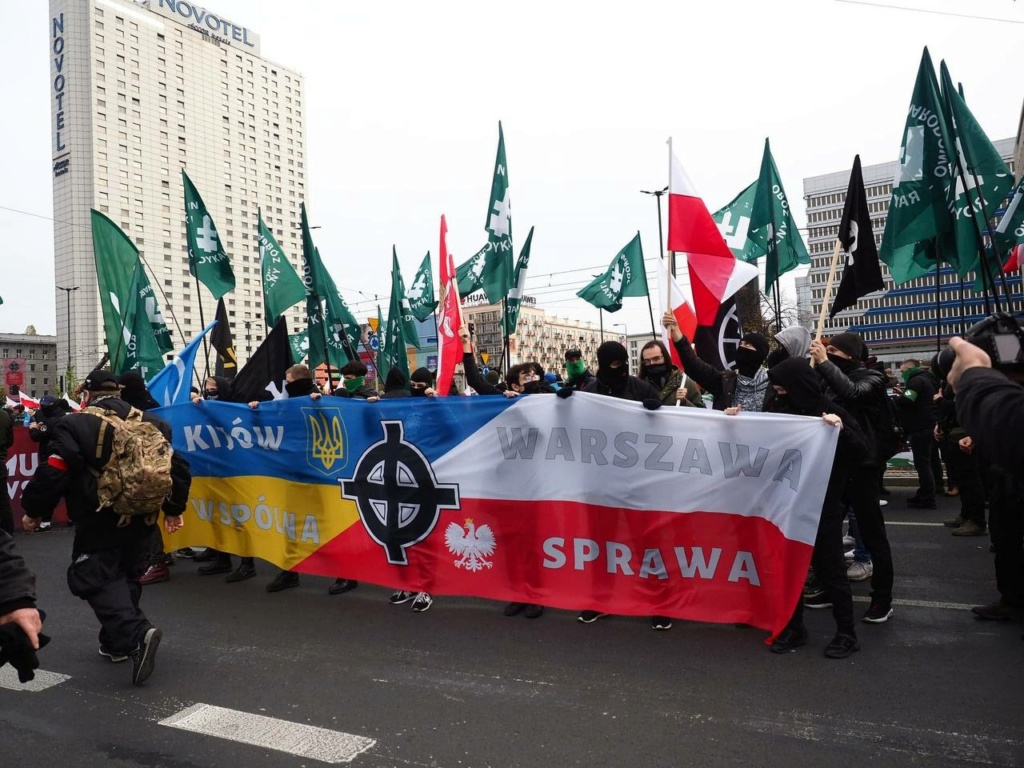 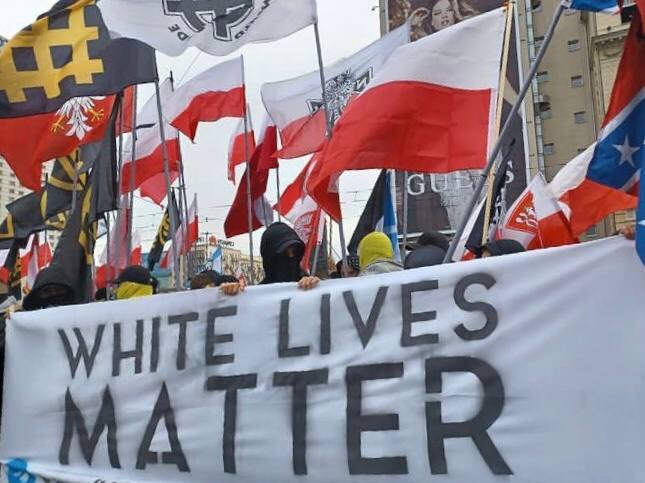 lyle6 wrote:Are you stupid or what? Which nation is on its 9th round of mobilization? Where do you think did all those biomass go?

The land between Kherson and Nikolaev will be yielding huge ammounts of crops in the future.

flamming_python wrote:
Na, it's just a case of you being an easily bored passenger.
Go play Pokemon Go or something

Rest of us are in here for the long-haul, Russia is too and I'm sure Surovikin knows what he's doing. He's been given right of way to persecute the war as he sees fit in the same way General Grant was in the US Civil War, so leave the man to it and quit dooming.

He is in charge for 2 month or so. Give him some time.

This is the problem with this Twitter/Tik Tok generation. Even a game of darts is to long for them.

Still waiting for that winter offensive, until then every step backward id just gonna piss me off.
And if there is no goddamn offensive, than i am gonna go full Doomer.

Next Ukraine moves could be here according to some? Will more "tough decisions" need to be made or will Russians not retreat but defend their territory and eventually counter back? Quite shocking at how quickly this has turned upside down for Putin and Co. Putin recognized this land as Russian just a few months ago. Had a big ceremony and everything and now they retreat without fighting back. Just letting the Ukrainians easily take over territory that will be hard to take back now. Hard to make sense of any of this. 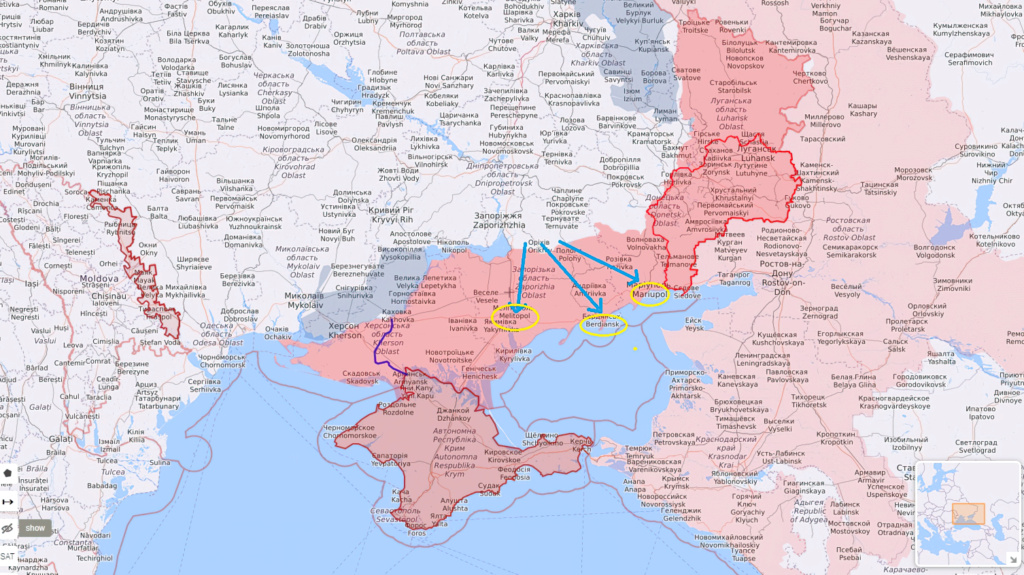 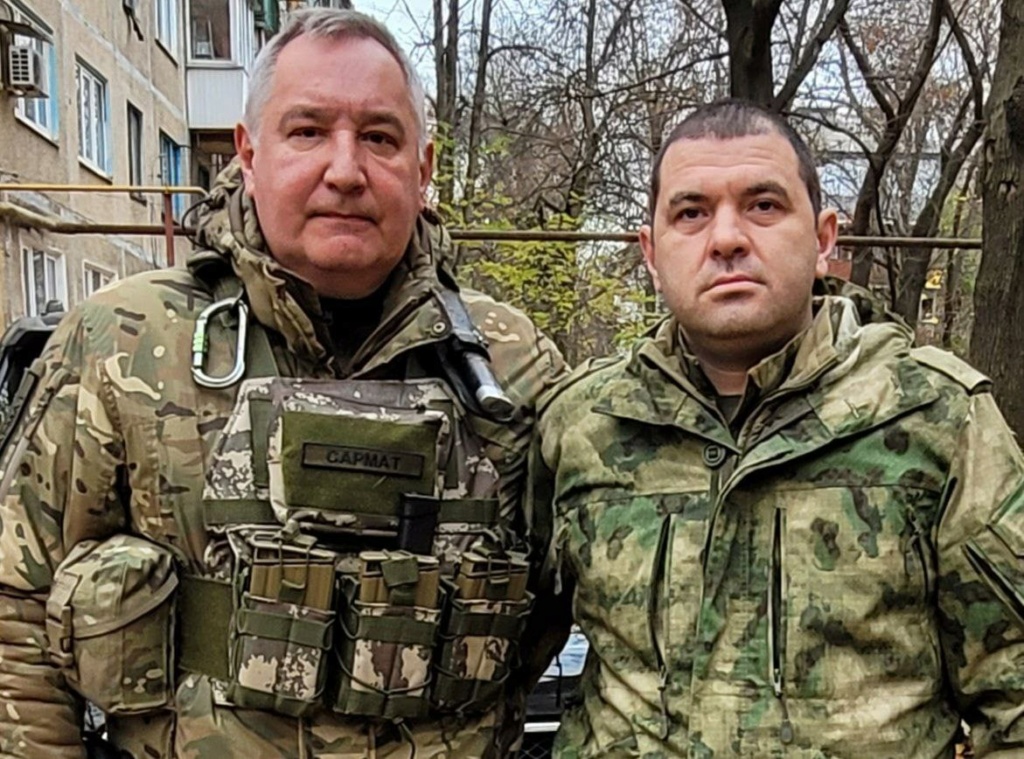 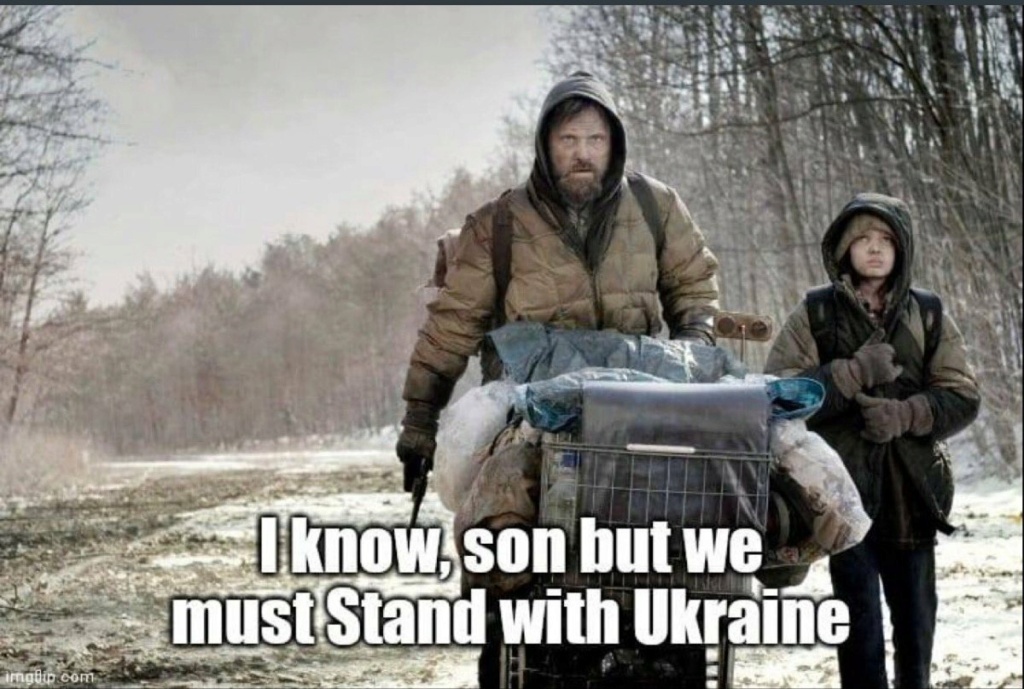 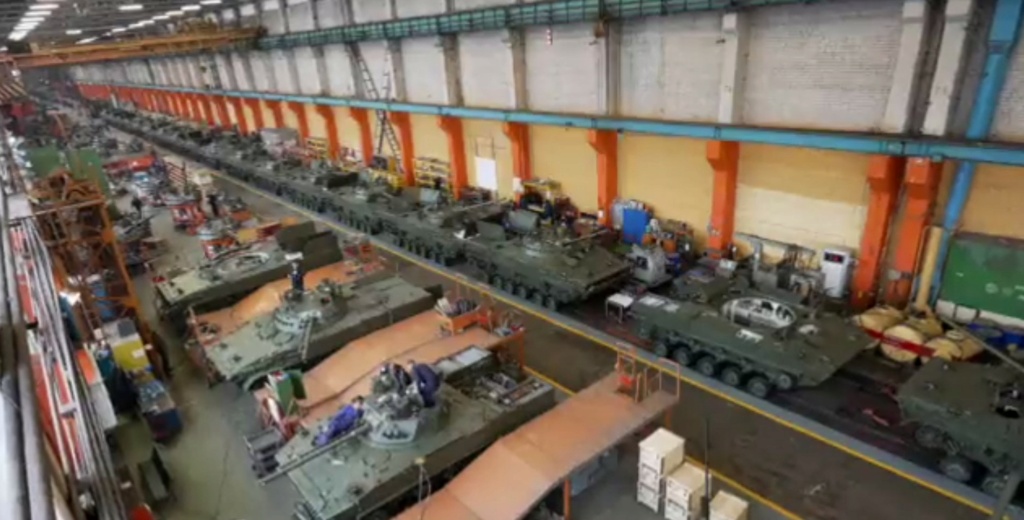 Kurganmash. Russia running out of tanks...

AlfaT8 wrote:Still waiting for that winter offensive, until then every step backward id just gonna piss me off.
And if there is no goddamn offensive, than i am gonna go full Doomer.

Some of us early "doomers" were just ahead of our time it seems.....smh...unless Russia decides to fight back seriously again. 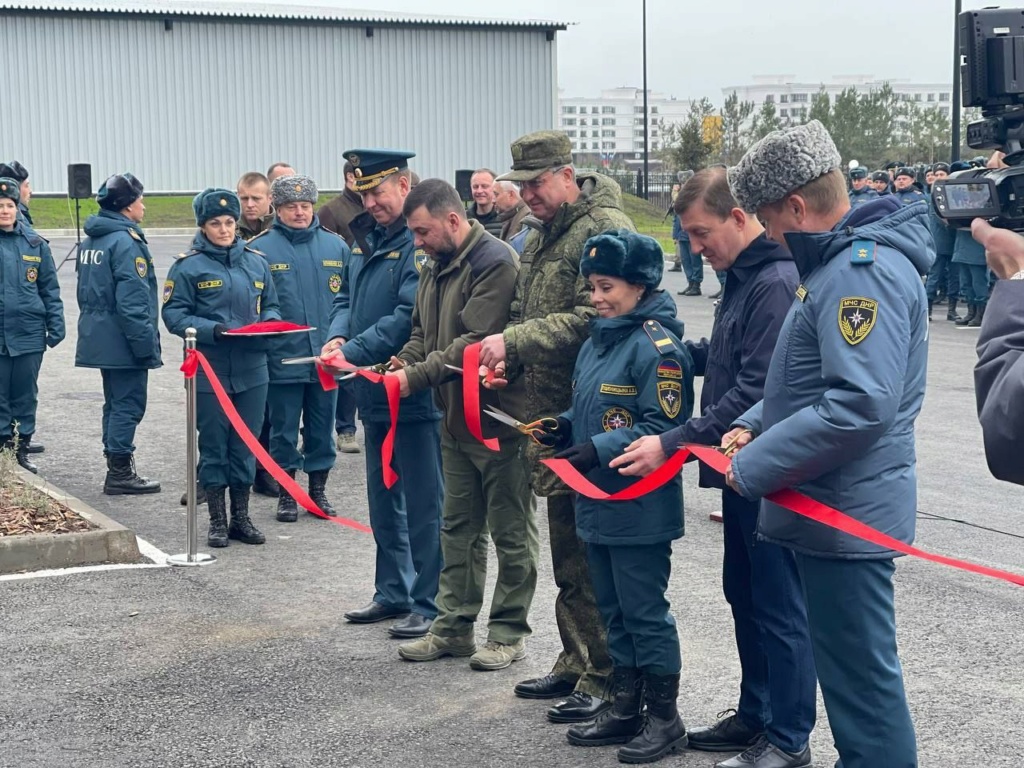 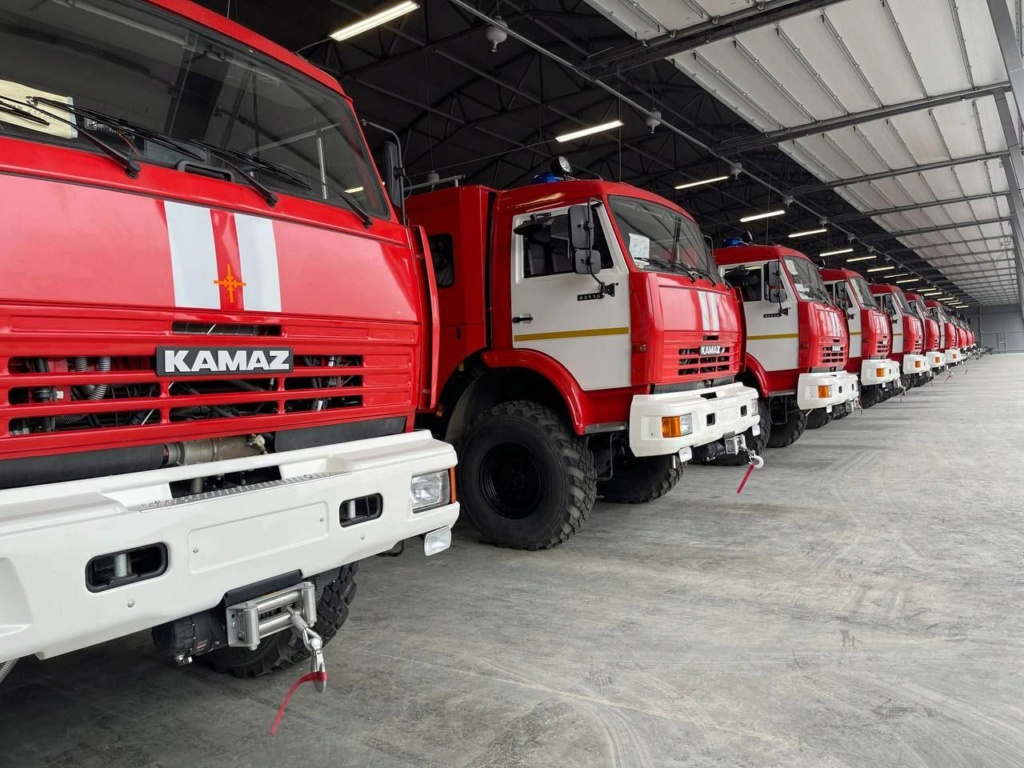 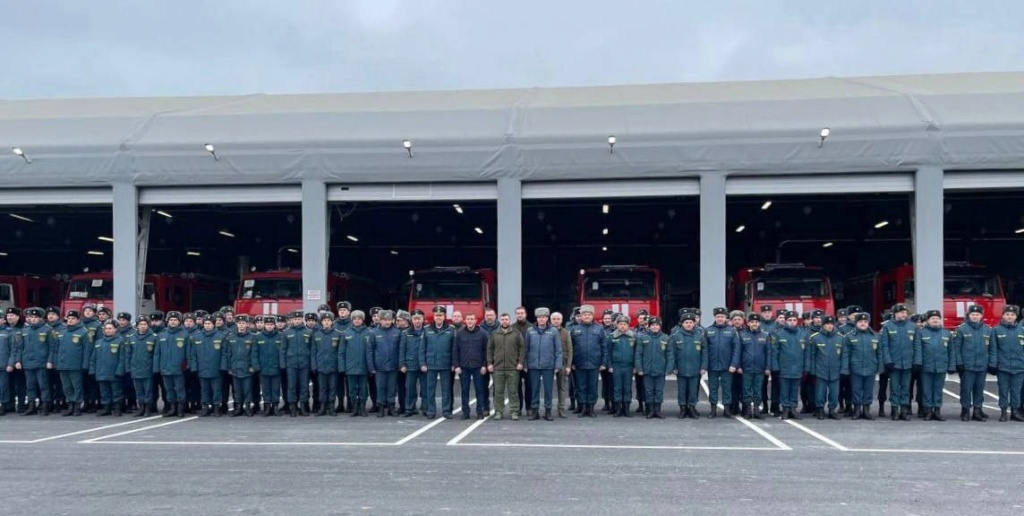 EMERCOM facility in Mariupol. Build in a few month by the russian MoD.

Dude, haven't you seen the endless lines of new gear running from the Ukro factories in an unstoppable stream?? 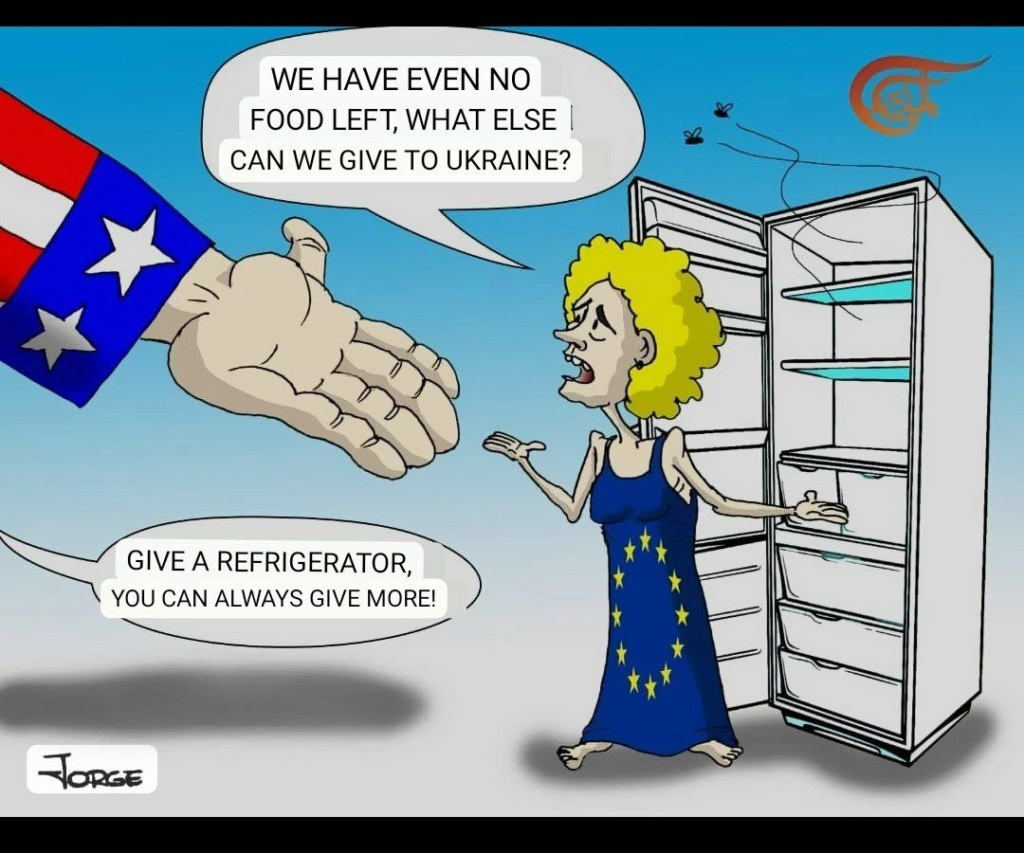 Do you know that from our perspective that is just a Schadefreaude, ja?

To achieve this the pull back must have been going on for a while.

️According to Russian Ministry of Defense, the withdrawal of Russian troops across the Dnipro river was completed today at 5:00 am Moscow time.

@powerfultakes
·
4h
Personally I'm just happy today that the Kherson withdrawal appears to have been conducted efficiently with low losses, evacuated or sabotaged heavy equipment, and destroyed bridges, contra to the rumors and OSINT psyops going down yesterday.

Faytuks News Δ
@Faytuks
·
7h
Russia's Ministry of Defense: The transfer of units of the Russian armed forces to the left bank of the Dnieper was completed this morning. Neither equipment nor weapons remained on the right bank, there were no losses of personnel.

--
@GeromanAT
·
8h
How to get a 25k army over a river:
- Strengthen your positions
- tell the enemy you are weak
- let them attack for several weeks till the opponent says: That was a deception - they did NOT pull out
- then pull out secretly
- 48h before finishing - tell on TV:
we are pulling out

--
@GeromanAT
·
14h
The crossing was mostly completed at 2300h yesterday
At that time AFU was at least 25km away from all crossing points.
The shelling some reported about was after all RF units had crossed the river.
No "AFU landings" on the other side.
All made up BS to make it look like a fight.

For three days, 20 thousand personnel of the RF Armed Forces and 3.5 thousand units of military equipment were withdrawn to the left bank of the Dnieper - military commander of the All-Russian State Television and Radio Broadcasting Company Sladkov

In the meantime can Russia just start dropping a couple of FOABs now??? New waves of Gerans and Kalibers should be flying right now to completely annihilate Pukranian power infrastructure. Then start targeting water and food store sites to make a gigantic humanitarian crisis in NATzO occupied Pukraine. 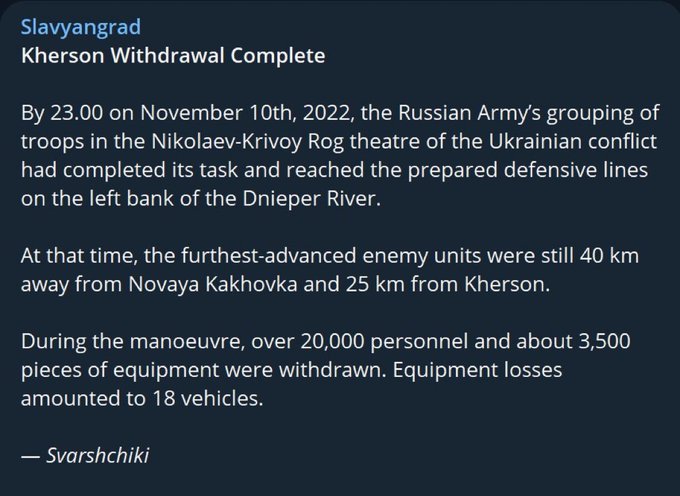 Pollacks are most Russophobic nation of significance in Europe. It is even more glaring, considering that they are Slavs. I'm yet to meet a Russophile Pollack in person.