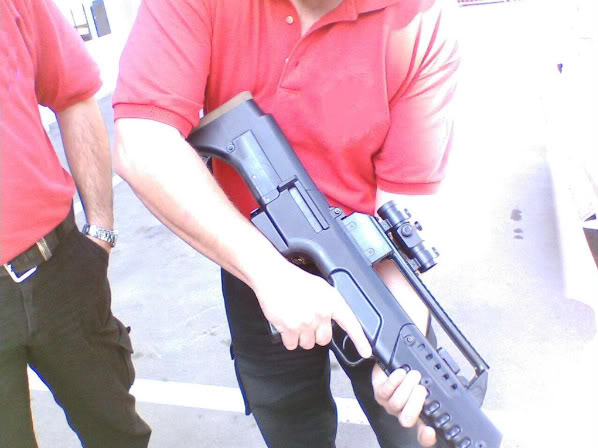 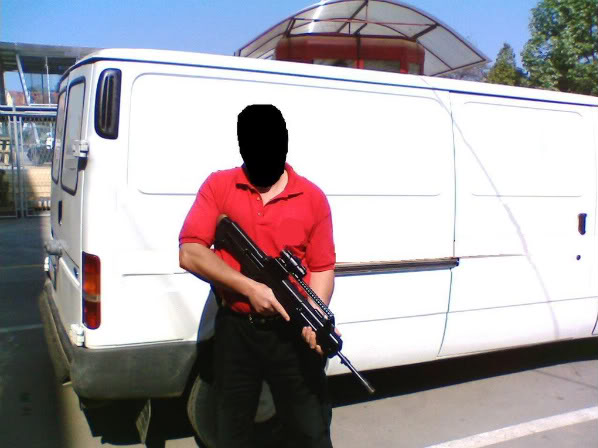 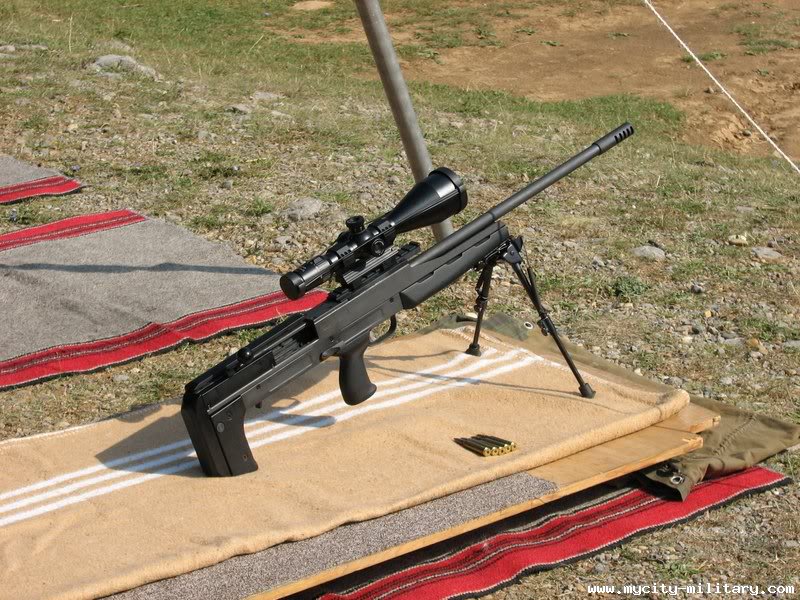 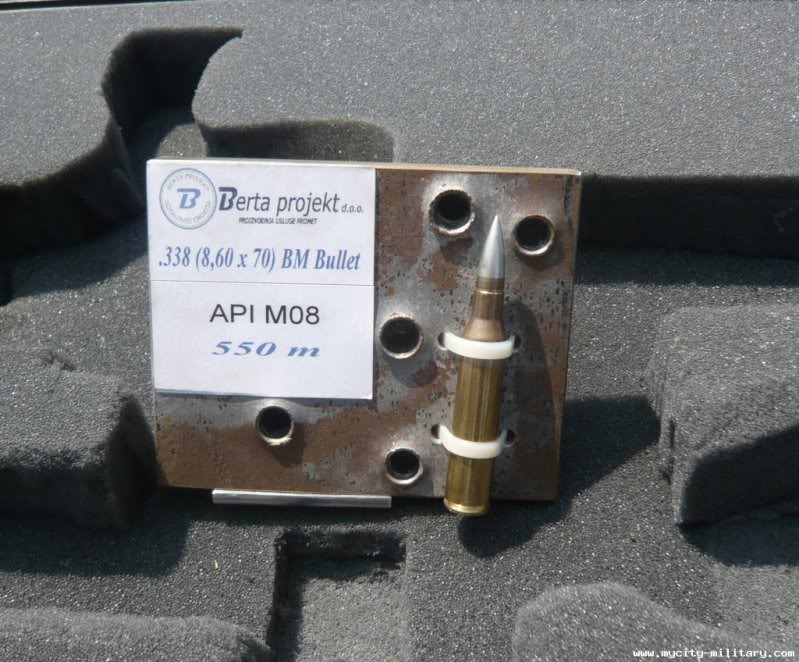 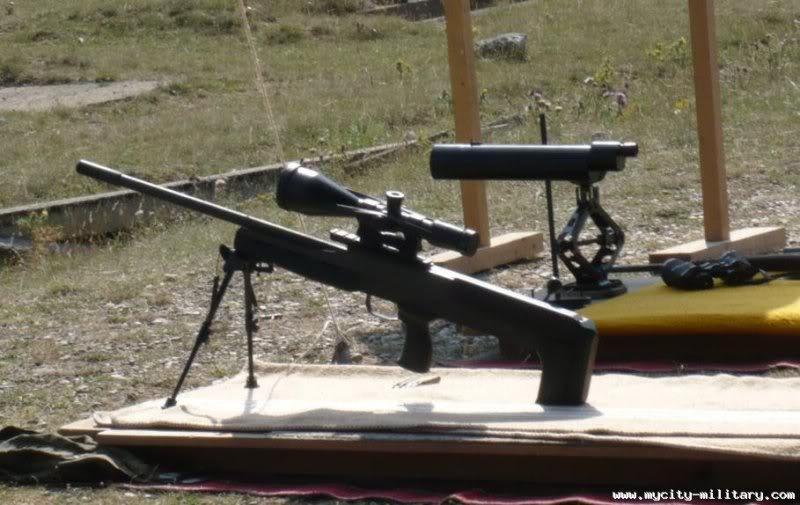 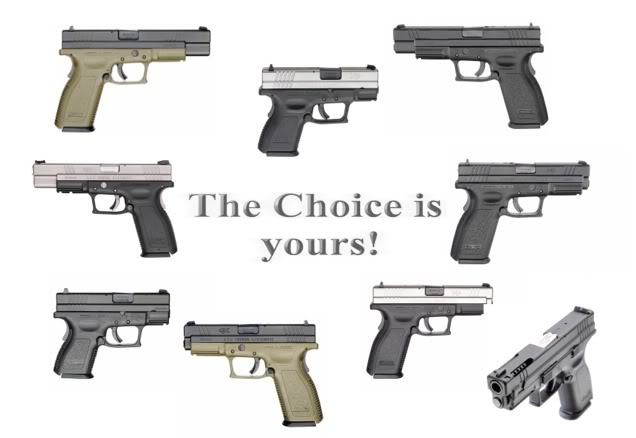 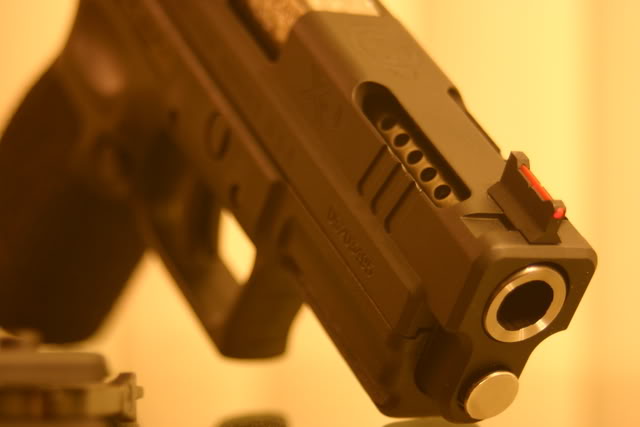 The HS2000 (Hrvatski Samokres (Croatian Pistol)), or XD (X-Treme Duty) series of pistols are polymer-framed and striker-fired and is a semi-automatic pistol manufactured in the city of Karlovac, Croatia by HS Produkt (formerly I.M. Metal). The Springfield Armory XD is the marketing name for the weapon, licensed and sold in the US by Springfield Armory, Inc.

The HS2000 is short recoil-operated, and striker fired. Most HS2000s have dual captive recoil springs; however, the XDM and Tactical 5 in models have non-captive springs. They use a polymer frame with steel inserts, mounting rail and trigger-mounted safety. An indicator protrudes from the rear of the slide when the striker is cocked and the staggered-column magazines are polished stainless steel with a polymer basepad. A loaded chamber indicator pivots up on top of the slide when a round is in the chamber being both visual and tactile. An ambidextrous magazine release is also standard. Takedown of the pistol is through a lever on the left side of the frame that rotates up, allowing the slide to move forward off the frame. This is exactly the same mechanism of take down as seen in pistols manufactured by Sig Sauer.

XD .45 ACP compact with a 13 round magazine
Where the HS2000 is unusual is in the presence of a grip safety that will not allow the pistol to fire without depressing a lever on the rear of the grip. This feature is present on some older pistols such as the M1911, however few modern pistols include a grip safety. The grip safety and CZ-75-style deeply inset backstrap are salient features of the HS2000. Other features include a function of the recoil spring guide rod that acts as a standoff device. The end of the rod protrudes from under the barrel and keeps the slide in battery when pressed against an object such as somebody's chest in contact-distance self-defense situations. This prevents the slide from being moved back because the device pushes the surface area of objects away from the slide, thus increasing the chance that the gun will function normally.
In addition to the trigger and grip safeties, there are three other safeties on the HS2000. The drop safety prevents the striker from releasing if the gun is dropped or exposed to a significant impact. An out of battery safety prevents firing unless the slide is completely in battery. Further, as of 2008, 4" and 5" XD .45 ACP Service models are available with an optional ambidextrous frame-mounted thumb safety. This option is only available for the 45 ACP XD at this time.
Blacksabbath

Croatian scientists have developed a neutron scanner that can "see" inside of shipping containers. The scanner is in use already at the Port of Rijeka, where officials have noted that certain companies are avoiding the port because their illegal goods were seized.

Also under development is a submarine version of the scanner, which will be able to determine where on the sea bed there are munitions left over from World War II and other wars.

The device bombards objects with neutrons, which produces gamma rays. These gamma rays can be analyzed to show which elements are in the object that was scanned. For example, drugs can be distinguished from sugar, or fertilizer from explosives.

NATO has funded the developments, allowing scientists at the Ruder Boskovic Institute to buy the components needed to develop the scanner, says Vladivoj Valkovic, a scientist at the Institute.

The story is reported on Natochannel.tv, where you can do a search to find the video.

One wonders if this can be developed as a ship-to-ship scanner. Is it possible on such a scale, and if so, would it be safe to use?

With nuclear weapons being developed by Iran, a country often friendly to terrorists, and with a destabilized, nuclear-armed Pakistan, which could lose control of its nukes, it's conceivable that a nuclear weapon could be shipped right into a port and exploded.

Scanning ships at sea would defend against such an attack.
Blacksabbath 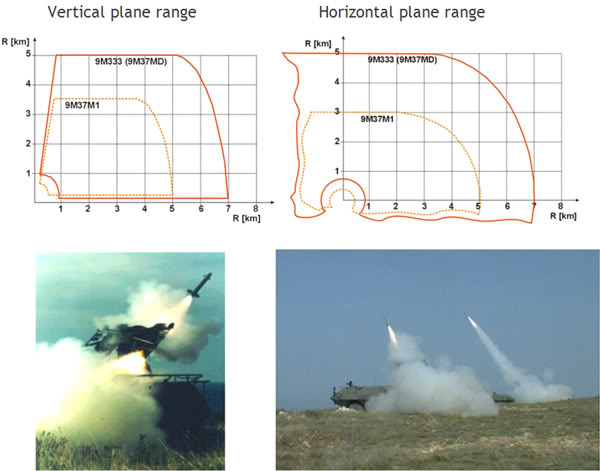 Self propelled surface to air missile system SRL S10-CROA1 is a part of Croatian’s air-defence system SRS PZO S-10CRO and is intended to be used against air attacks of armoured, mechanized units, protection of vital objects, airports and naval bases on small and medium altitudes. It is specifically intended to be used for defense against air-attacks (air-forces, attack helicopters, guided missiles) of moving units.

"At Expodefensa 2015, DOK-ING showcases one of its more popular product the MV-4. The MV-4 is a Mine Clearance System designed and manufactured by DOK-ING a 100% privately owned Croatian company. During first period DOK-ING was actively engaged in demining activities and has gathered vast experience in different types of landmine clearance, on all types of terrain in the Republic of Croatia, as well as in the surrounding countries. The MV-4 is today one of the best world renowned robotic demining system. Robust low-profile structure makes it explosion proof to AP mines and UXO-s, featuring exceptional maneuverability and safety since it can be operated from a distance of up to 1500 m.

The DOK-ING light demining system is battle proven to effectively defeat IED’s in a war zone. The remote control capability moves the operator away from the danger zone and allows the system to significantly reduce the threat to humans. DOK-ING systems have been operating in war zones for many years with exceptional results. Even when IED’s are encountered, the survivability of the systems is excellent. In most cases, the impact only requires minor repairs to the system. 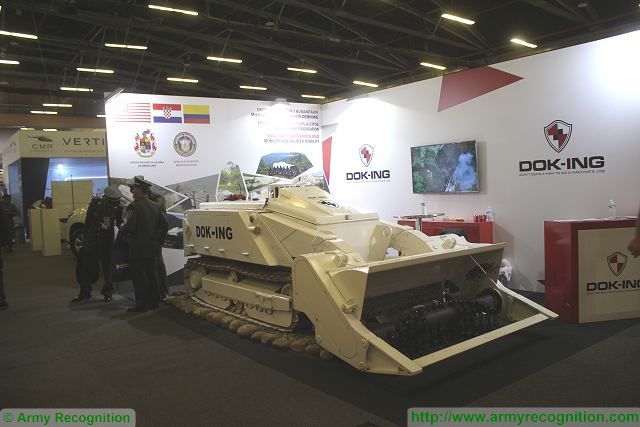 The MV-4 Mine Clearance System is a tracked, remote-controlled machine designed to clear all types of Anti-Personnel (AP) mines and UXO-s, and is survivable to all types of Anti-Tank (AT) mines. Due to its small dimensions and maneuverability, it is suitable for demining of house yards, orchards, forest paths, river banks, and other types of terrain that is inaccessible to larger machines. The various operating tools for mine clearance and soil processing destroy even the smallest Anti-Personnel blast pressure mines and the most dangerous types of bouncing fragmentation mines. The machine is remotely controlled from an armored vehicle or from a safe distance. The engine and vital components of the machine are protected by steel plates.

Both of DOK-ING demining systems working with a range of different tool attachments have proven to be excellent tools in defeating IED’s. By clearing the way in front of a convoy or similar situations, DOK-ING systems have already saved many human lives in the world and helping to destroy IED’s before they can destroy their target."

They havent actually produced tank for years, except overhauling those Croatian M84s and making Degman prototypes nothing since 1992. They did however assemble in cooperation some Patrias and updated some older Croatian vehicles, overhauled some stuff that came from the US and they do build occasionally some heavy machinery but nothing really compared to what it was pre 1991. They mainly these days produce train cars and various types of silos and big cannisters.

Here is their webpage: http://www.duro-dakovic.com/products_and_services/defence/default.aspx
Guest

"Duro Dakovic Special Vehicles d.d. ( is a Croatian metal mechanical engineering group based in Slavonski Brod, Croatia), a company in the Group Djuro Djakovic the Finnish client Patria Land Systems, a company in the Group Patria signed a contract on production and delivery of armored vehicles Patria AMV 8 × 8 in the amount of 26 million euros for the third markets. 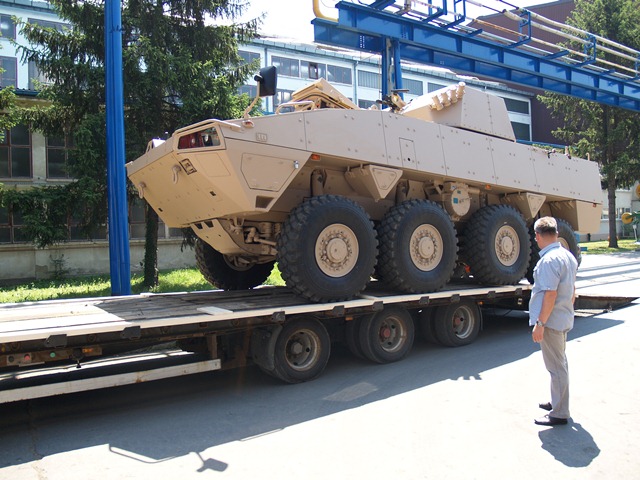 “This is the first export project in the defense industry for Duro Dakovic after nearly 30 years ago when the Duro Dakovic manufacture and deliver M-84 tanks to Kuwait. This job is the key evidence of the success and vision of collaboration Djure Djakovica and Patrie and I believe only the beginning and future similar projects, “said Tomislav Mazal president and CEO at Duro Dakovic Holding"