Is that a Korsar class?

Some of those weapon options look interesting...
The-thing-next-door

How many landing craft does Russia have that can carry the Armata based vehicles?
GarryB

The Armata is a urban conflict tank and would not be used by the air borne or the naval infantry... who would more likely operate Kurganets or Boomerang based vehicles or something customised to their needs.

The project Akula 1176 landing craft has a capacity of 50 tons but would be useful for troop transports and equipment and a range of other vehicles being required in any landing, but the Zubr can carry three main battle tanks at the moment so it could take at least two T-14s with troops easily, while the heavy Project 21820E Dygon landing craft could also carry armata vehicles too.

The landing ships Ivan Gren and then new Ivan Rogov classes should all be capable of landing tanks in a range of different weights and types too.
The-thing-next-door

I find it a little concerning that their fleet of light landing craft will be incapable of delivering the new armored vehicles, though at the same time the west seems to be going for lighter tanks so perhaps the T-72 will remain adequate for decades to come.

The T-14 weighs not much more then the current tank generation so most landing craft will be able to carry them.
The-thing-next-door

Hole wrote:The T-14 weighs not much more then the current tank generation so most landing craft will be able to carry them

The T-14 weighs over 50t, the limit of all light landing craft's carrying capacity.

Oh, no way bro!
Russkie wouldn't make a tank that fits its logistic system! Too stupid for that! 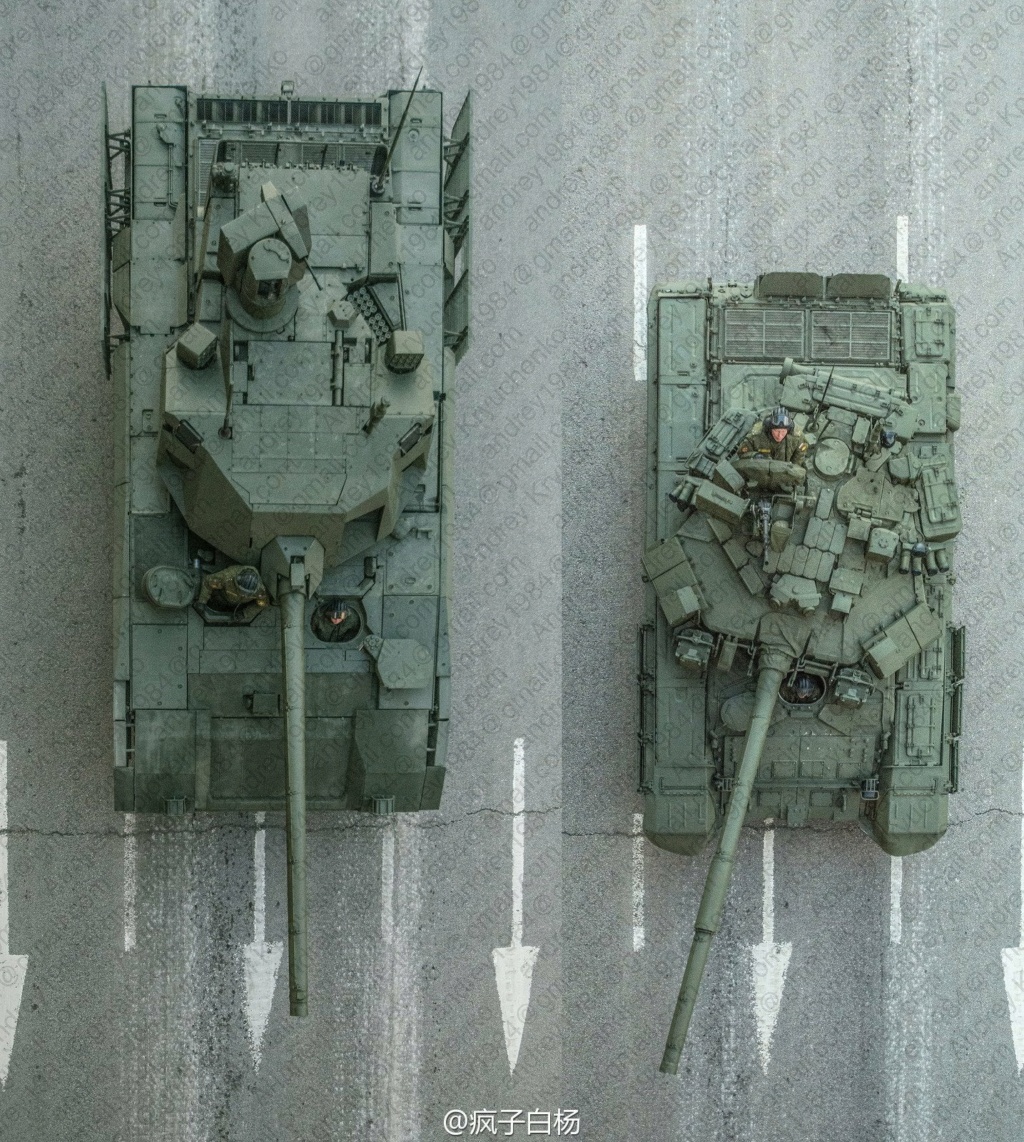 The T-14 has a very small unmanned turret.

Well you are right. Turret plays a big role in their weight.

How did you get from the Russian Navy news to T-14 tanks?
The full combat weight of the T-14 tank is 55 tons. 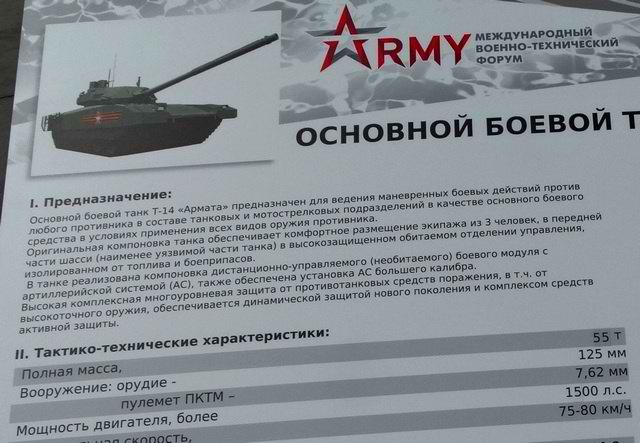 On board the patrol ship "Neustrashimy" a lesson was held with officers of the Baltic Fleet
January 17, 2023 at 7:50 Subject: Navy 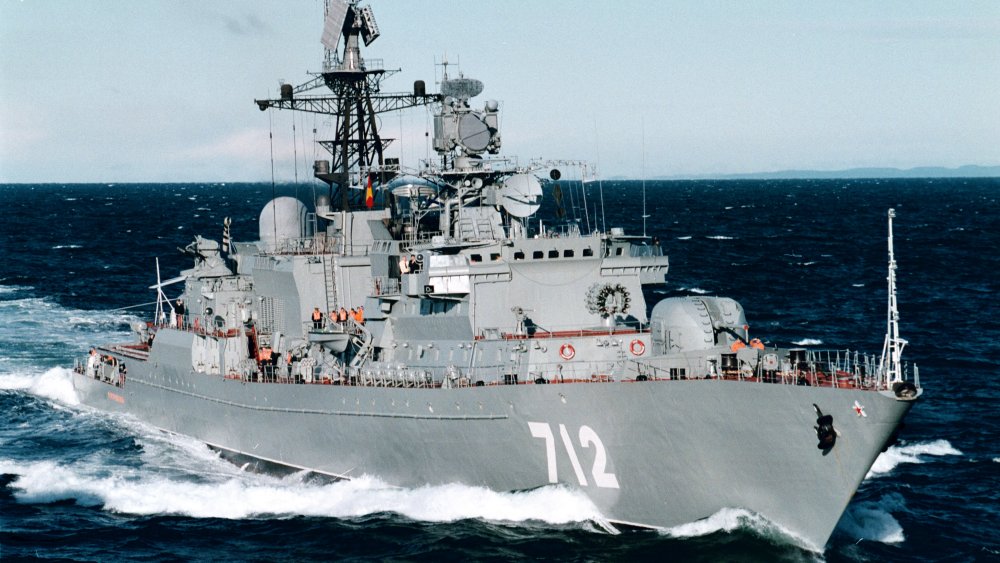 On board the Neustrashimy patrol ship, under the guidance of the commander of the Baltic Fleet, Admiral Viktor Liina, a demonstration lesson was held on the methods of receiving and evaluating the first task of the surface ship combat training course. According to the press service of the Ministry of Defense of the Russian Federation, the event was attended by the heads of departments, departments and services of the Baltic Fleet, commanders of formations, chiefs of staff, as well as commanders of ships of the 1st and 2nd ranks, their senior assistants and chief specialists of the naval formations of the Baltic Fleet.

The military department added that during the lesson, the participants were brought to the requirements of the guidelines for organizing the verification of the basic training of ships. Then the commander of the Baltic Fleet, Admiral Viktor Liina, personally checked the quality and completeness of the development of course tasks on the ship, assessed the skills of the personnel in organizing issues of daily activities.

The crew of the "Neustrashimy" conducted exercises and training to prepare the ship for the voyage, to fight for survivability when moored at the pier, and to defend the ship against sabotage at the basing point.
The combat and daily organization of the ship is the basis for preparing the crew to perform tasks for their main purpose, the Ministry of Defense of the Russian Federation noted. It involves working out actions to prepare a ship for a battle and a campaign, to shoot from anchor and mooring lines, carry out air defense measures, fight for survivability in conditions of parking in a base, organize personnel actions in conditions of radiation, chemical and biological contamination, conduct anti-sabotage defense and many other elements.

Similar classes are held annually in accordance with the requirements of the Navy High Command. In addition to developing a common understanding among the command staff and specialists of the organization of testing, acceptance and evaluation of the course task, this event allows for a complete check of the quality of the maintenance of the ship and assess the preparedness of its crew for actions according to its intended purpose, the military department added.

Recall that the lead patrol ship of project 11540 Neustrashimy, built in 1993 at Yantar, arrived at its native shipyard in 2014 for modernization. It was planned to return it to service at the end of 2016, however, the fault detection revealed the need for a large amount of additional work and the transfer of the TFR was postponed until November 2017. Then it was about 2018-2019.

In February 2021, the general director of Yantar, Ilya Samarin, said that Neustrashimy should be handed over to the Navy by the end of the year, but these deadlines could not be met either.

The Fearless began sea trials in mid-February 2022. In early April, information appeared that the ship should return to service by the end of the month, but later shipyard representatives said that the TFR would be handed over to the Navy by mid-May. As a result, the tests of the ship were completed only in December.

The Russian Navy wont use T-14s... they will more likely be using amphibious Kurganets and Boomerang or a navalised version based on those types for the MBT... which would therefore be amphibious and also rather lighter than the tanks they currently use.

With modern APS systems fitted and likely also jamming and dazzling equipment their biggest threats are likely mines and artillery when operated by their naval infantry units.

They have customised vessels intended to land one vehicle at a time... generally a tank or a BMP, but the weights they were designed to carry were optimised for the vehicles they needed to carry.

Would not take much to get a Serna landing ship and modify it to carry any weight you want.

Zubr landing hovercraft carry three tanks and BMPs and infantry so carrying T-14s right up past the sand onto firm ground over the minefields and anti tank ditches would be no problem at all.

They also have helicopter landing ships being built right now, likely with new landing vessels that fit inside them to carry armour and troops to the short at very high speed based on the models the French had on their Mistral class ships that would be rather interesting too... guessing those french boats could carry Leclercs, which means the T-14 would be fine...

The heaviest armour in a tank is generally the turret cheeks because most of the time that is where they get hit so the T-14 does not need that heavy armour so its turret can be much much lighter... which also makes it easier to fit into other vehicle types like Kurganets and Boomerang to create tank versions of those vehicles to take advantage of their lower operating costs and different mobility... being rather lighter vehicles too.

Since 2013, the Russian Navy has included 10 diesel-electric and 11 nuclear submarines

The total surface displacement of submarines included in the Navy since 2013 has amounted to more than 164 thousand tons (underwater about 270 thousand tons).

Since 2013, the fleet has included submarines of five projects:

There is a joint naval exercise between Russia, South Africa, and China coming up in mid February off the east coast of South Africa..
The frigate Admiral Gorshkov will take part.
The South African department of Foreign Affairs has basically told the US to piss off and mind their own business after pressure was exerted to cancel the exercise.

... and the funny part was the Uncle Sam comment that can be shorten to "blah blah blah, do whatever you want but we don't like it!"

The Russian Navy wont use T-14s... they will more likely be using amphibious Kurganets and Boomerang or a navalised version based on those types for the MBT... which would therefore be amphibious and also rather lighter than the tanks they currently use.

They can of course, just use T-90Ms if they need a highest-protection MBT delivered amphibiously. It's not much inferior to the T-14 Armata.

Up until recently they were still using T-55s in amphibious landings. Holding on to T-90s for as long as this model of amphibious craft is still in service itself, should not be a problem if it comes down to it.

Ideally yes, they would simply have all their vehicles, including the MBTs, based on one of their new vehicle families. They were expressly developing what looked to be a variant of the Kurganets or Bumerang for amphibious landings and other operation by the Russian marines.

Hovercraft delivered tanks can arrive on the shore past the sand and mines and other problems like estuaries etc etc and attack enemy positions from unexpected directions... without even getting wet.

Since 2013, after a deep modernization, 2 ships and 2 submarines have returned to the combat structure of the Russian Navy, having received modern Kalibr or Uran attack missile systems .

In 2016 and 2020, the Kuzbass and Vepr, Project 971 Project 971 Schuka-B multipurpose nuclear submarines of the 3rd generation, returned to service . During the modernization, the submarines received the Caliber-PL missile system (instead of the S-10 Granat missile system).

8 enterprises are engaged in deep modernization of warships for the Russian fleet. The Dalzavod Ship Repair Center, PO Sevmash, the North-Eastern Repair Center and the 35th Ship Repair Plant are modernizing ships.

The Zvyozdochka Ship Repair Center, the 13th Shipyard, the Nerpa Shipyard and the Zvezda Far East Shipyard are modernizing submarines.

Since 2013, the Russian Navy has included 21 submarines and 37 ships (with a total displacement of over 500 tons).

Distribution of received ships by fleets:

The Caspian flotilla has received 3 small missile ships since 2013 .

The Baltic Fleet has received 9 ships since 2013, including 2 corvettes, 6 RTOs and 1 minesweeper.

Since 2013, the Pacific Fleet has received 7 ships and 9 submarines , including 4 corvettes, 3 minesweepers, 4 SSBNs, 1 APRK and 4 diesel-electric submarines. In addition, the Marshal Shaposhnikov frigate, the Kuzbass multi-purpose nuclear submarine and the Smerch RTO returned to the fleet after modernization.

The most numerous projects were MRK 21631 Buyan-M and diesel-electric submarine 636.3 Varshavyanka . The fleet received 10 ships of each project.

For ten years, the Russian Navy has included 58 ships and submarines , with a total displacement of 238 thousand tons . Another 4 ships and submarines returned to service after a deep modernization, during which they received modern Kalibr and Uran attack missile systems. By the beginning of 2023, 17 ships and submarines have been launched, 43 are at various stages of construction, and 8 more are being prepared for laying.

Dynamics of the transfer of submarines and warships (over 500 tons) by five-year plans: