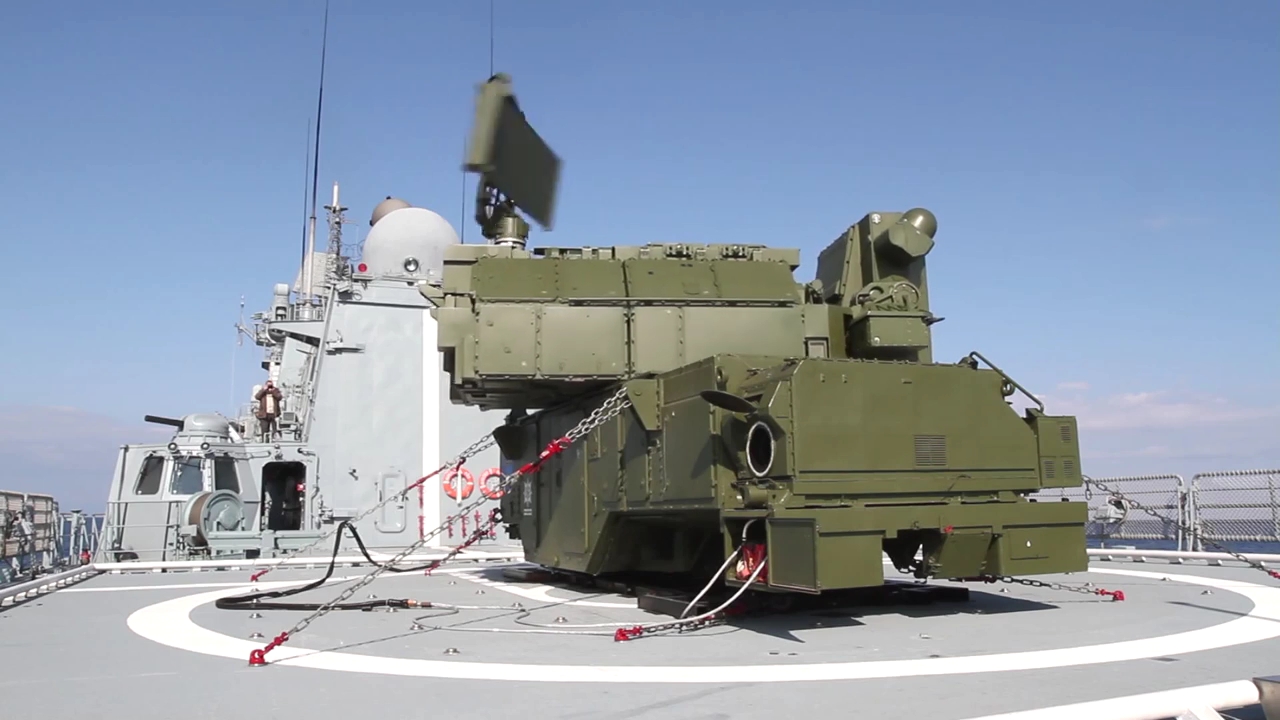 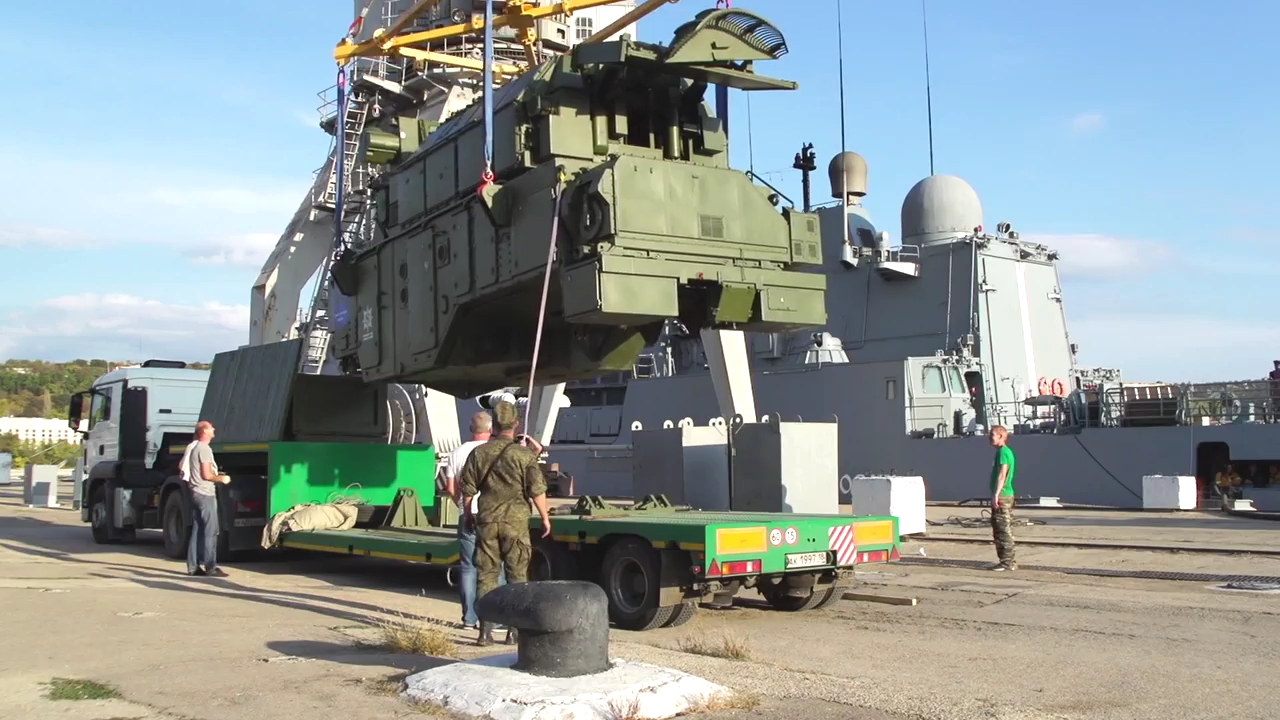 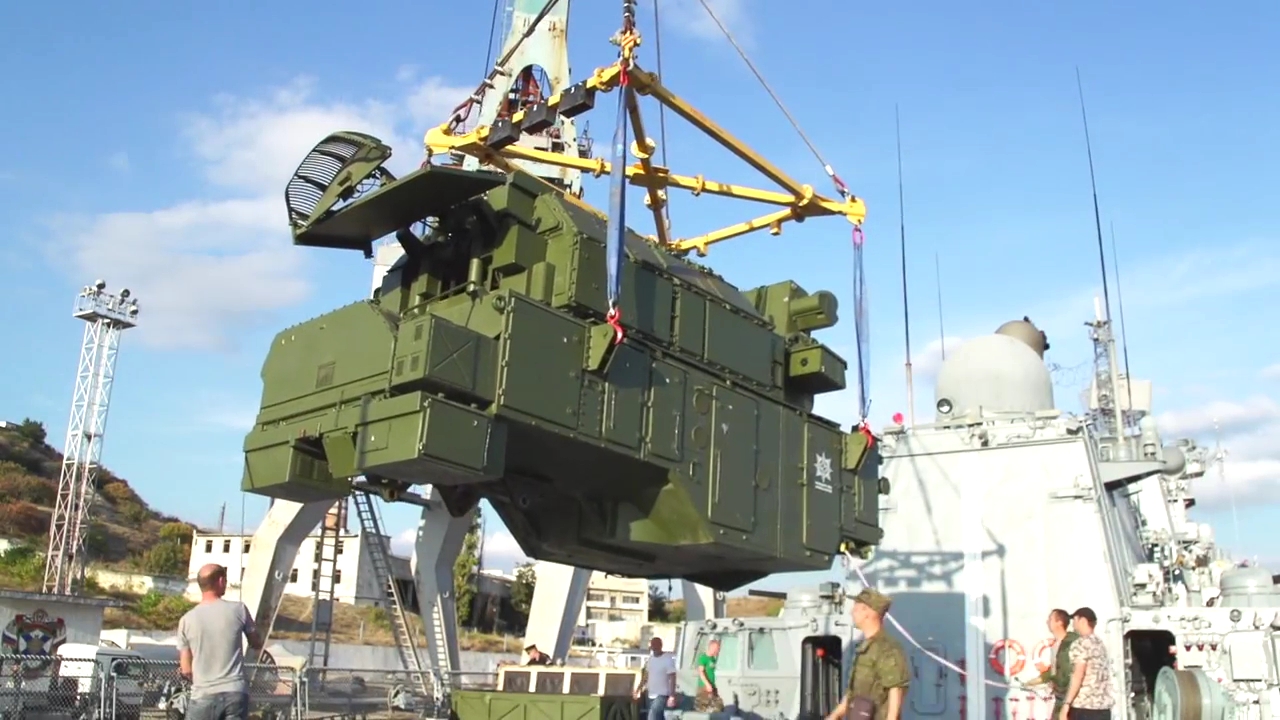 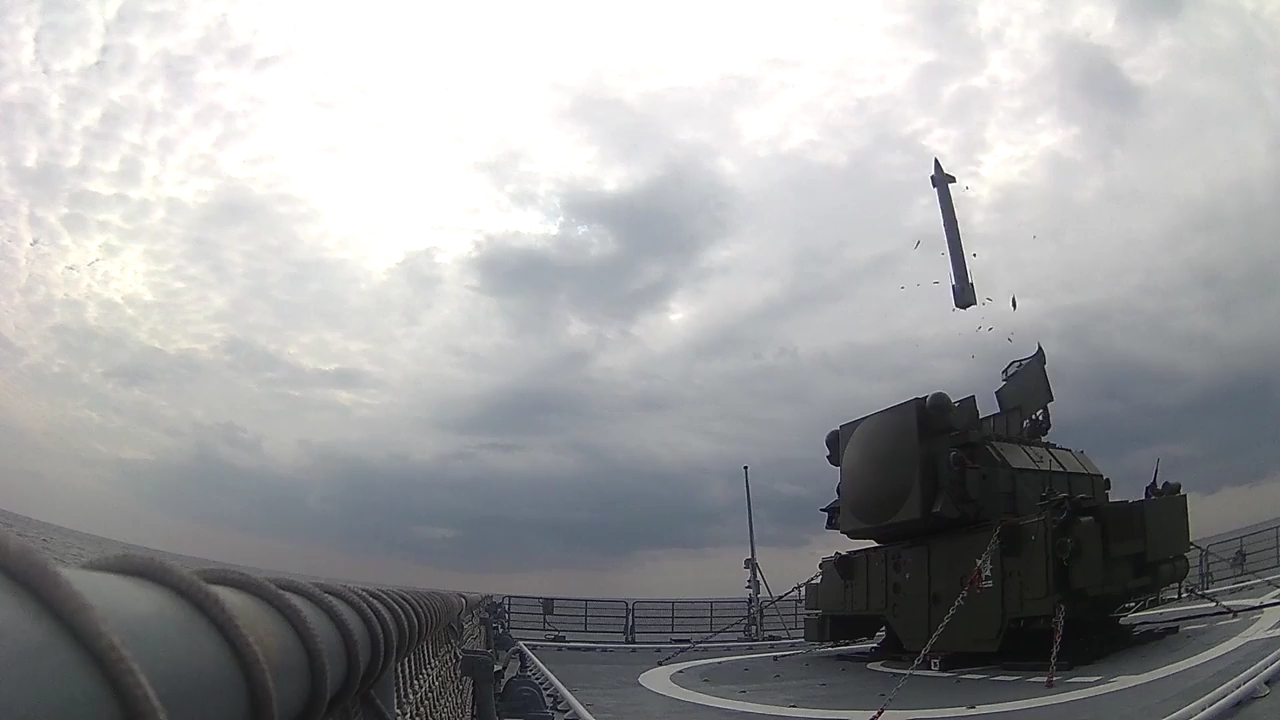 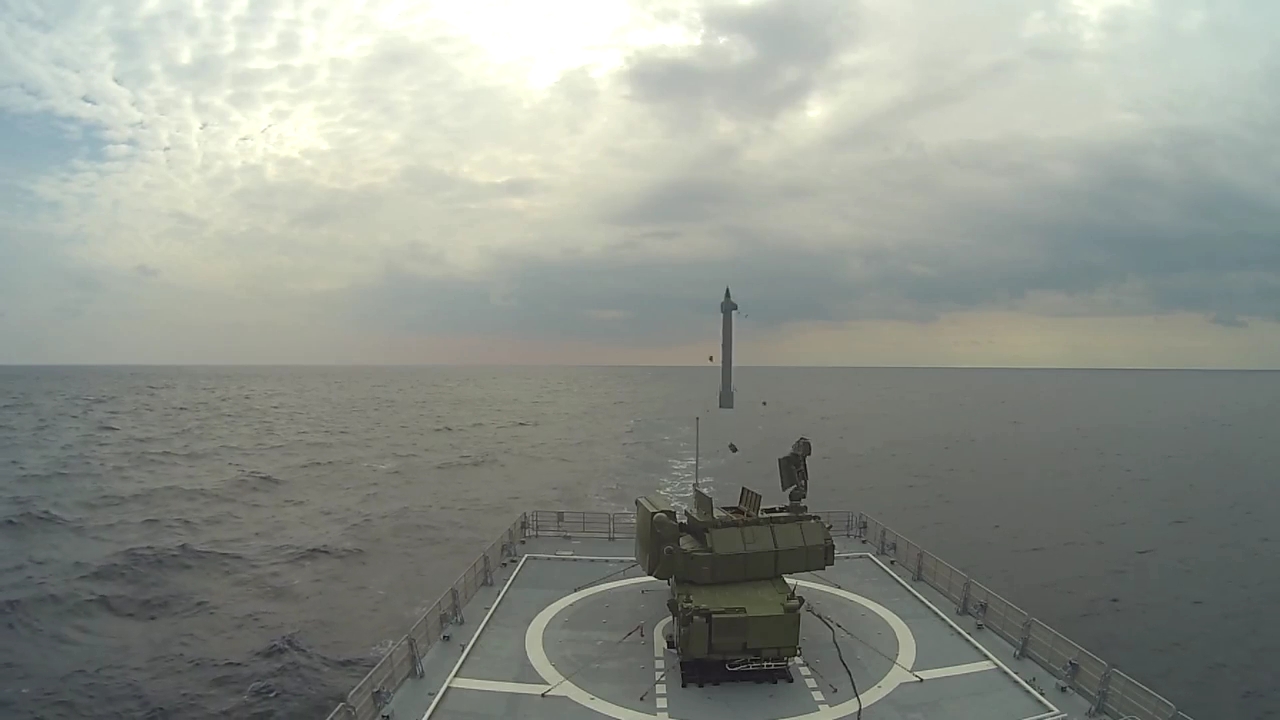 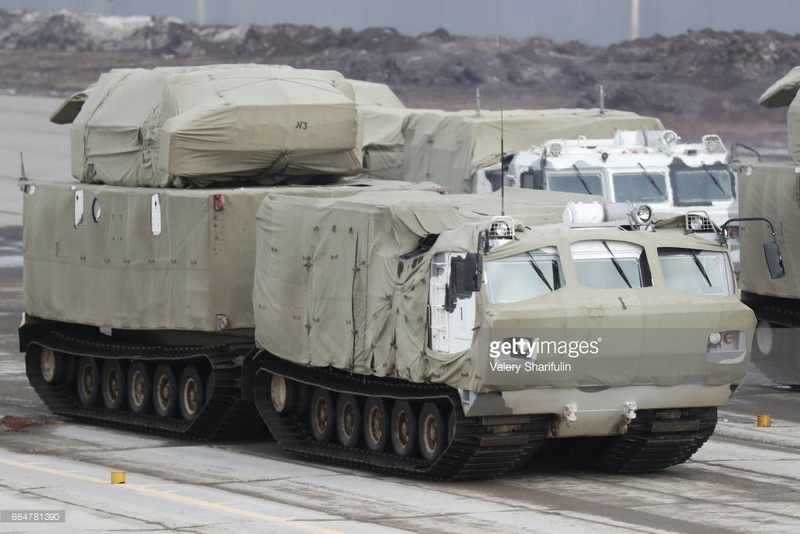 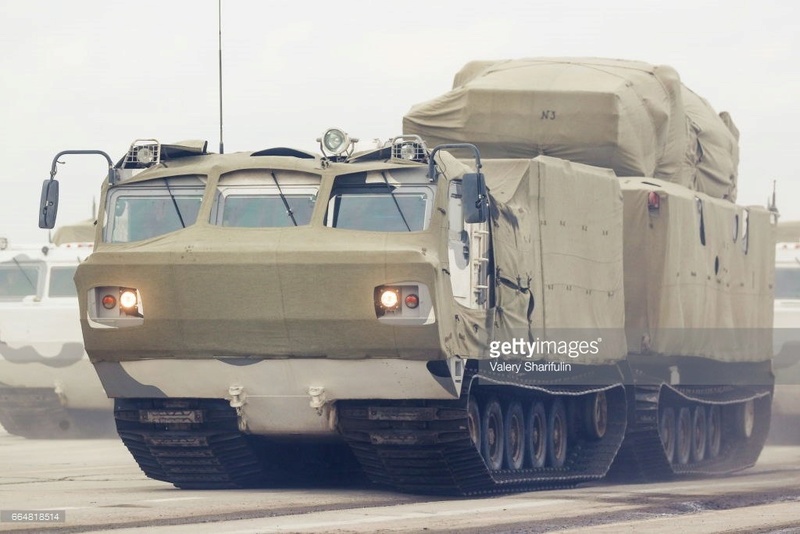 Why is that may I ask?
Rmf

miketheterrible wrote:Why is that may I ask?

You can reduce number of vehicles in battery this way, operating cost of this are somewhat lower than current Tor platform and reduces auxilary fleet required per battery. On top of that you have number of cabin variants here, some include living quarters, fuel transport etc. Unification at its finest. 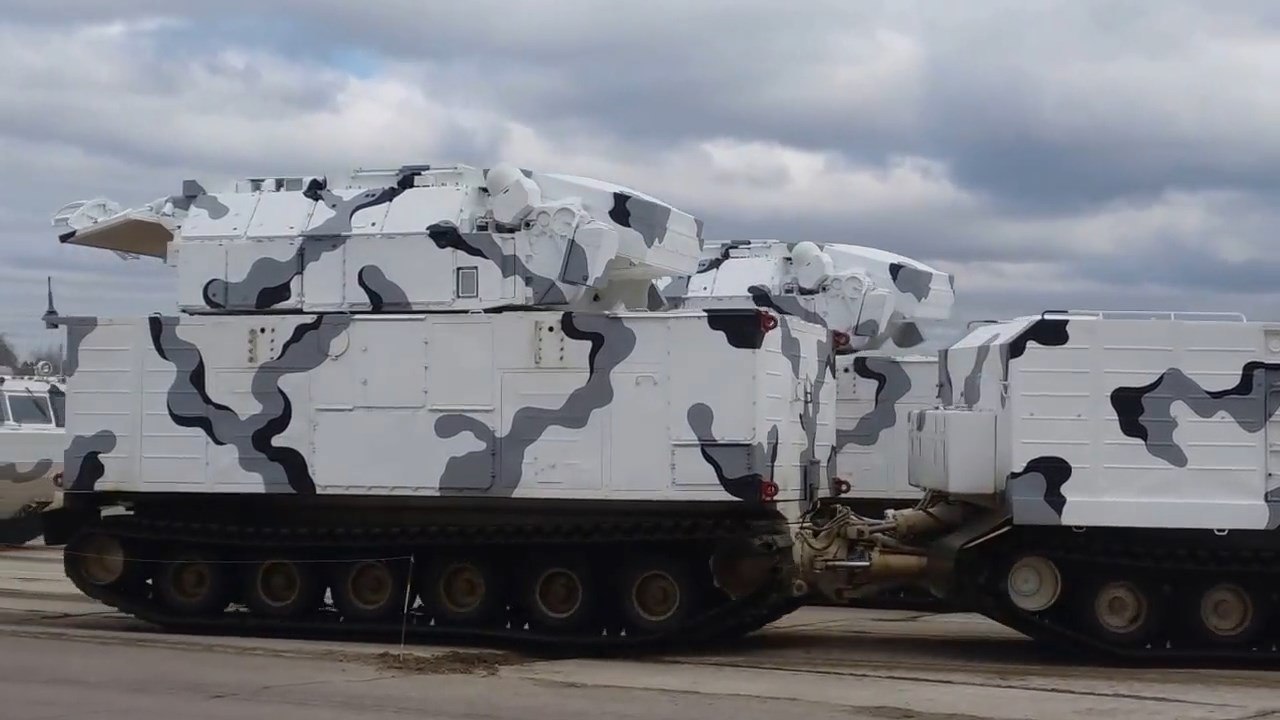 The Russian Ministry of Defense has deployed a regiment of the newest 9K331M Tor-M2U SAM systems in the Rostov region. These systems are capable of destroying drones, airplanes and helicopters while on the move. Under certain conditions, these systems will cope even with such complex targets like precision-guided missiles and bombs. The new military unit became part of the newly formed 150th Motorized Rifle Division, the newspaper Izvestia reported. 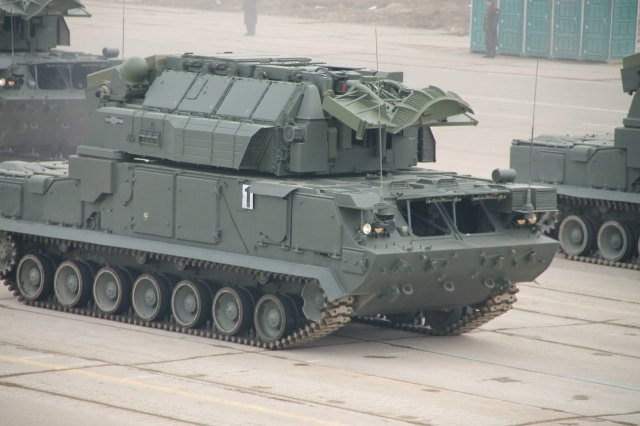 As Izvestia was told in the Southern Military District, the formation of the 933rd SAM regiment started late last year. The new military unit became part of the 150th Motorized Rifle Division and now is being stationed in the town of Millerovo, Rostov region. Since June 1 this year, the first crews of the regiment started mastering the Tor-M2U at the Air Defense Training Center in the city of Yeisk.

According to expert Anton Lavrov, the 933th Air Defense Missile Regiment relates to air defense for ground troops. Therefore, unlike the Aerospace Forces’ SAM regiments and brigades, this regiment does not protect important industrial and social facilities. Its task is to cover the regiments, battalions and companies of the division, to which it belongs.

"The newest Tor-M2U SAM system is able to protect the dispositions of the division both in the position area and on the move," the expert said. "Such systems cover motor rifle, tank and artillery units, headquarters, communication centers and even divisional warehouses. The Tor systems of the new air defense missile regiment will easily repel not only an air raid of attack aircraft, helicopters or attack drones. With their capabilities, they can effectively counter also complex targets such as cruise missiles or precision-guided glide bombs. Such targets are difficult to detect by radar, while their flight path seriously hampers their destruction by surface-to-air missiles."

The development of the Tor SAM system began in the mid-1970s. However, it was not until 1986 that the SAM systems began entering the field. In 1991, the Tor underwent its first upgrade. The new version was adopted under the M1 designation.

In 2016 it became known that Russia’s Ministry of Defense had placed a contract for the purchase of several divisional sets of the 9K331M Tor-M2U SAM systems. The Tor-M2U is a completely revamped vehicle. It has received a number of unique capabilities through the latest electronic equipment, including the capability to fire at several targets simultaneously in automatic mode and the fire-on-the-move capability. The 9K331M can engage targets at a range of up to 15 km flying at altitudes up to 10 km. Each Tor-M2U vehicle carries eight missiles.

The 933rd Verkhnedneprovsky Air Defense Missile Regiment, decorated with the Order of Red Banner and the Order of Alexander Nevsky, was formed in 1942 as the 1273rd anti-aircraft machine-gun regiment. It fought from Smolensk to Berlin during World War II, was decorated and received its honorary names. After the war, the regiment was stationed in the German Democratic Republic. In 1962, it was renamed the 933rd anti-aircraft regiment and, ten years later, became an air defense missile regiment. In 1991, the regiment was transferred to the North Caucasian Military District. Subsequently, the regiment was reduced to a SAM battalion, which, in turn, was disbanded in 2008, the Izvestia newspaper recalls.

The 9K331M series is tied mostly to Tor-M1. 9K332 is Tor-M2. Unless I am mistaken. But they would be using the newer missiles.
George1

As reported on November 9, 2017 to the TASS agency in the press service of the Southern Military District, an anti-aircraft missile regiment of the 150th motorized rifle division deployed in the Rostov region received several sets of the Tor-M2 surface-to-air missile system.

"ZRS Tor-M2" adopted the anti-aircraft missile regiment, after the docking firing, the personnel of the batteries, together with new equipment, returned from the range in the Astrakhan region, "the press service officer said, refusing to specify the number of troops entering the troops. Since the beginning of 2012, more than 100 sets of advanced surface-to-air missile systems or complexes have been delivered to the south of Russia, he said.

Earlier on November 3, 2017, the press service of the South-Eastern Military District reported that servicemen of anti-aircraft missile units of the 150th Motorized Rifle Division of the Southern Military District conducted the first combat firing from the Tor-M2 air defense systems. The exercises were completed in the Astrakhan region at the Kapustin Yar test site. In all, more than 30 missiles were consumed, while 100% of targets - imitators of air targets such as "Saman", "Pensne", imitating low-flying and high-speed air targets were hit. In all, more than 300 servicemen and about 70 military equipment were involved in the exercises.

After the end of the firing, the air defense units of the connection arrived at the station of permanent deployment in the Rostov region with new combat equipment.

Recall that in 2016, the Russian Ground Forces were supplied with the first two serial regimental (called "divisional") kit of the new 9K331M "Tor-M2" SAM, which marked the beginning of a series production of this system at Izhevsk Electromechanical Plant "Kupol" Concern VKO " Almaz-Antey. "The first regiment of the Tor-M2 missile system delivered in 2016 was the regiment of the 538th Tarnopol Guards Air Defense Missile Orders of Alexander Nevsky, the regiment of the 4th Guards Kantemirovskaya Tank Division of the Western Military District, the second set - the 933 air defense missile regiment of the 150th Motorized Rifle Division of the Southern Military District.

These Tor-M2 systems use the newer 9M338 missile with:

What kind of homing does the 9m338 have?
medo

Radio guidance, same as all other Tor missiles.
miketheterrible

What's the accuracy then? I was hoping they were looking at IR/IIR
Isos

miketheterrible wrote:What's the accuracy then? I was hoping they were looking at IR/IIR

It was developed to destroy guided munitions, you know the small things with a smaller rcs than a F-22 that fighters carry. In terms of accuracy it's just the top.

You can't really transfor Tor missiles in IR missiles because it would be just another system. The radars and softwares are optimized for radio control. IR missiles systems are verba, igla, sstrela-10 and probably Morfei.

Accuracy can be improved with more precise control of the missile with more effective flight controls, better radar with more accurate tracking of target and missile, and a more responsive command control system.

IIR seekers would be expensive to start with.... command guidance is cheap.
miketheterrible

I sure hope they tested the system against much faster missiles. Cause hellfire is about mach 1
GarryB

SAMAN is the target model of the OSA (SA-

and operates at between 150 and 250 m/s and is representative of a range of PGMs likely to be fired at Army units being protected by TOR.

They have a small RCS and of course are quite cheap and the launch vehicle is a standard SA-8 vehicle so it can launch up to 6 targets per launch vehicle.

There are plenty of other types they can use too to simulate other threats...
miketheterrible

A good selection of images of the new self-propelled anti-aircraft missile system "Tor-M2" - both in the "Arctic version" 9K331MDT "Tor-M2DT" (combat vehicle DT-30PM-T1, also 9A331MDT) and in the usual 9K331M Tor-M2 (fighting machine 9A331M) - from the web resource otvaga2004.mybb.ru. The external differences of the 9M331M "Tor-M2" combat vehicle from the combat vehicles of the previous versions of the complex are demonstrated. 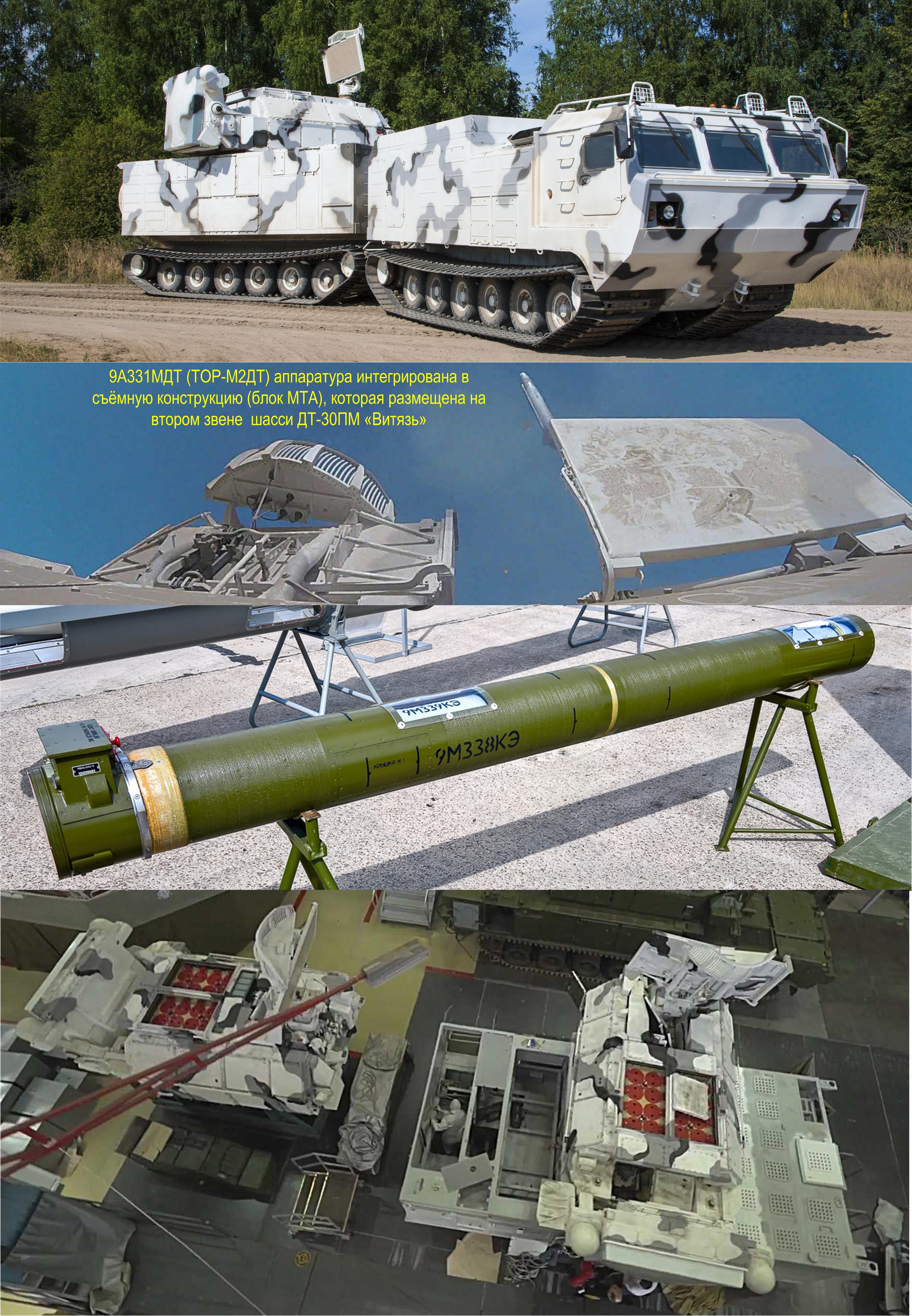 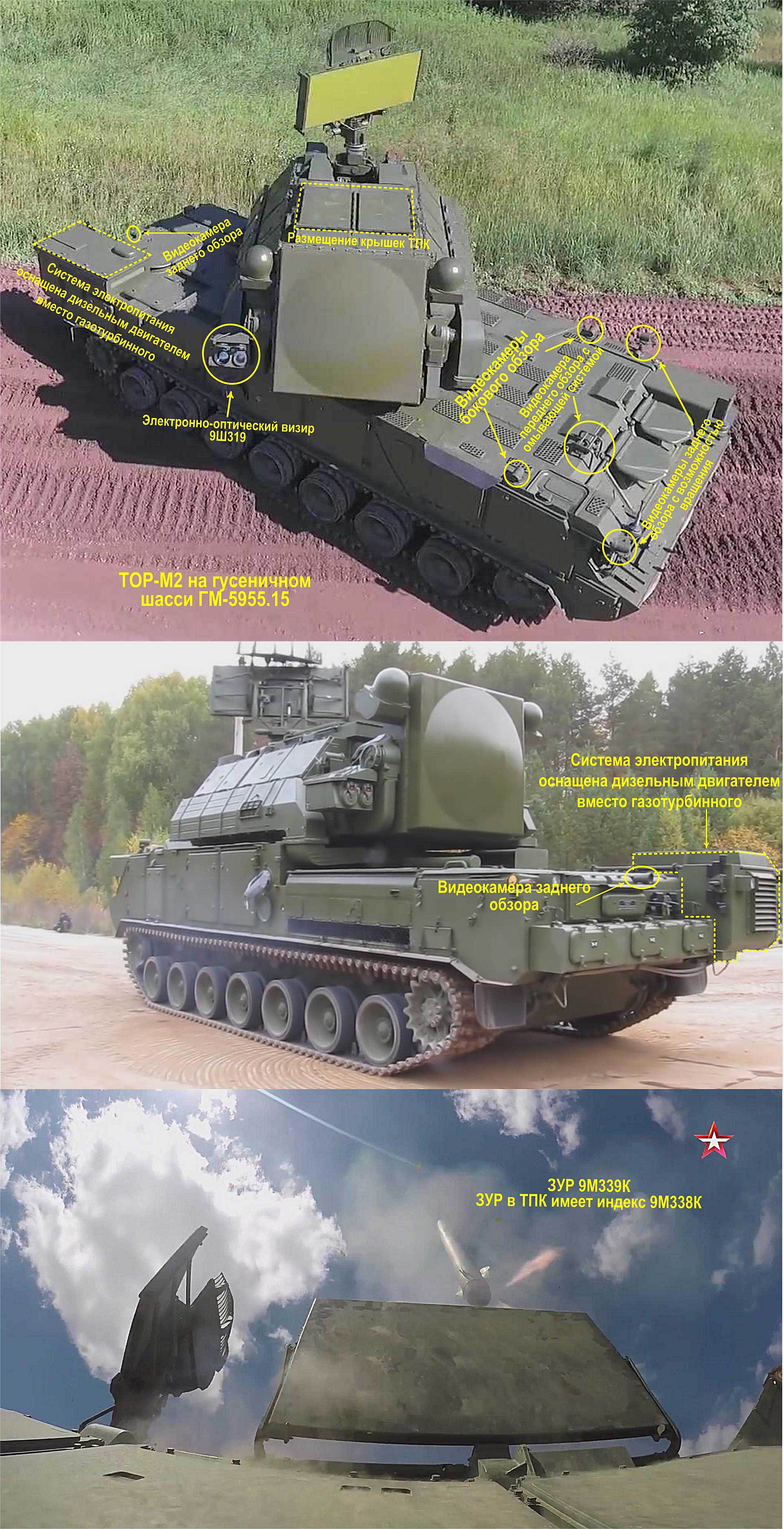 The manufacturer of TOR is preparing the serial production (in 2018) of a universal training complex called "Adjutant" which unifies the command and control of 4 types of targets during the training of Air-Def units....A distinctive feature of the complex - is an opportunity to construct a target environment using the four types of targets that simulate various means of air attack. These targets are capable of performing all kinds of spatial maneuvers. Takeoff is carried out with a catapult, management is carried out from the ground control center. 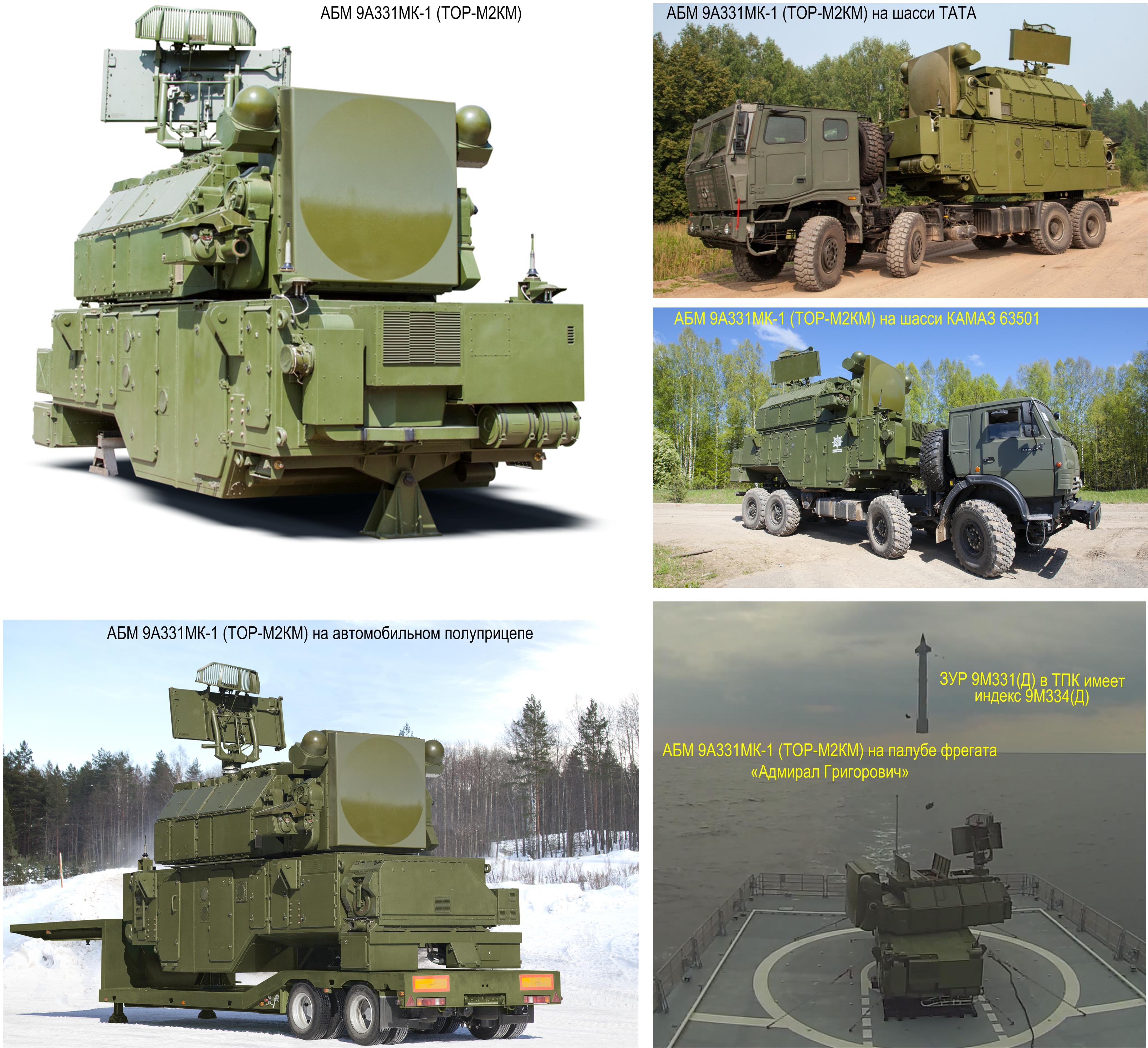 Some exclusive footage of Arctic optimized Tor-M2DT SAM system in this latest episode of Chasovoy:


A battery of the four-channel Tor-E2 SAM systems, consisting of four combat vehicles, can simultaneously engage up to 16 targets flying from any direction at a range of at least 15 km and an altitude of up to 12 km. Each vehicle carries 16 missiles, twice as many as the previous version of the Tor system.

So now we know tor-m2 have performance much better than the articles were saying .