Russian President Vladimir Putin ordered the creation of a special fire squadron in the country, which will include 22 aircraft and helicopters. This was reported on October 14 by RIA Novosti, citing sources.

"According to the instructions of the head of state, together with the state corporation Rostec, a flight squadron for firefighting will be created, consisting of 10 Be-200ES aircraft, 10 Ka-32A11M helicopters and two Mi-26T helicopters," said one of the agency's interlocutors.

Another source clarified that the squadron will be created with funding from the National Welfare Fund, and will be maintained by Rostec.

In turn, the state corporation confirmed that there really is such an order. They said that the Ka-32A11M and Be-200 will form the basis of the grouping.

“The Be-200 aircraft is unique, it has no analogues. These machines are in great demand when extinguishing forest fires, ”the state corporation said.

The proposal to create a special squadron of Be-200 amphibious aircraft to extinguish natural and man-made fires was made by the head of Rostec Sergey Chemezov at the Gidroaviasalon forum in October 2020.

The aircraft LMS-901 "Baikal" will be assembled in the Far East: serial production will begin not in Yekaterinburg, as previously planned, but in Komsomolsk-on-Amur. About it reported the newspaper "Vedomosti" with reference to informed sources.

To do this, next to the territory of the Komsomolsk-on-Amur aircraft plant them. Gagarin, where the SSJ100, Su-35S and Su-57 aircraft are produced, a new workshop will be built, in which the serial assembly of "Baikals" will be organized. The site for the LMS-901 will be separated from the production of fighters, but the aircraft will be tested at the Dzemgi airfield - in the same place where both combat vehicles and the Superjet are being tested at the factory.

The Ministry of Industry and Trade confirmed the plans for the production of LMS-901 at KnAAZ and added that in addition to the construction of the assembly shop, a training center will be built, and the transfer of production of the LMS-901 to the Far East will not affect the certification period and the cost of the aircraft in any way.

Earlier, Deputy Minister of Industry and Trade of the Russian Federation Oleg Bocharov said about the possible transfer of part of the production of Baikal aircraft to the Far East. In August of this year, he announced the tests of the LMS-901 and announced that additional production is planned to be opened in the Far Eastern Federal District.

The plans for the assembly site of the Baikal aircraft have changed several times. At first, the production of the aircraft was going to be launched at the Ulan-Ude Aviation Plant, documentation has already been sent there to assess the possibility of its manufacture. But the developers had concerns about whether the U-UAZ would be able to meet the target cost of the LMS-901 production. Then they wanted to build the plane at the facilities of the Ural Civil Aviation Plant near Yekaterinburg.

The transfer of production of "Baikals" to the Far East may indicate that the Ministry of Industry and Trade, as the department responsible for experimental aviation, has not yet decided on the choice of an aircraft manufacturer that can meet the strict price limits of the final cost of the LMS-901. In accordance with the terms of reference, the price of Baikal for the operator should not exceed 120 million rubles in 2020 prices.

Lots of excellent photos of the LMS-901 can be found on this link: 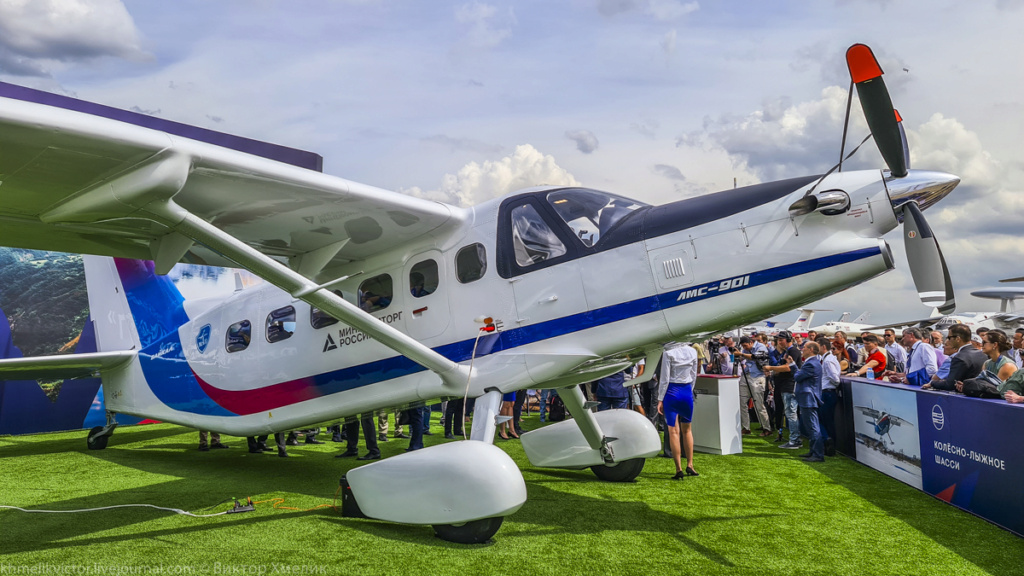 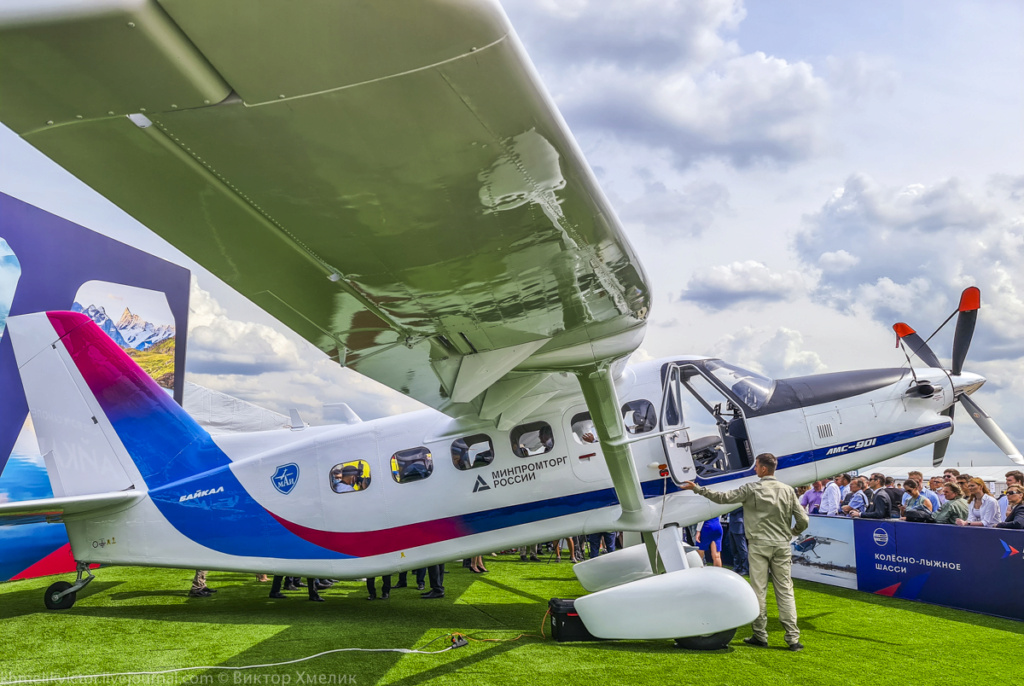 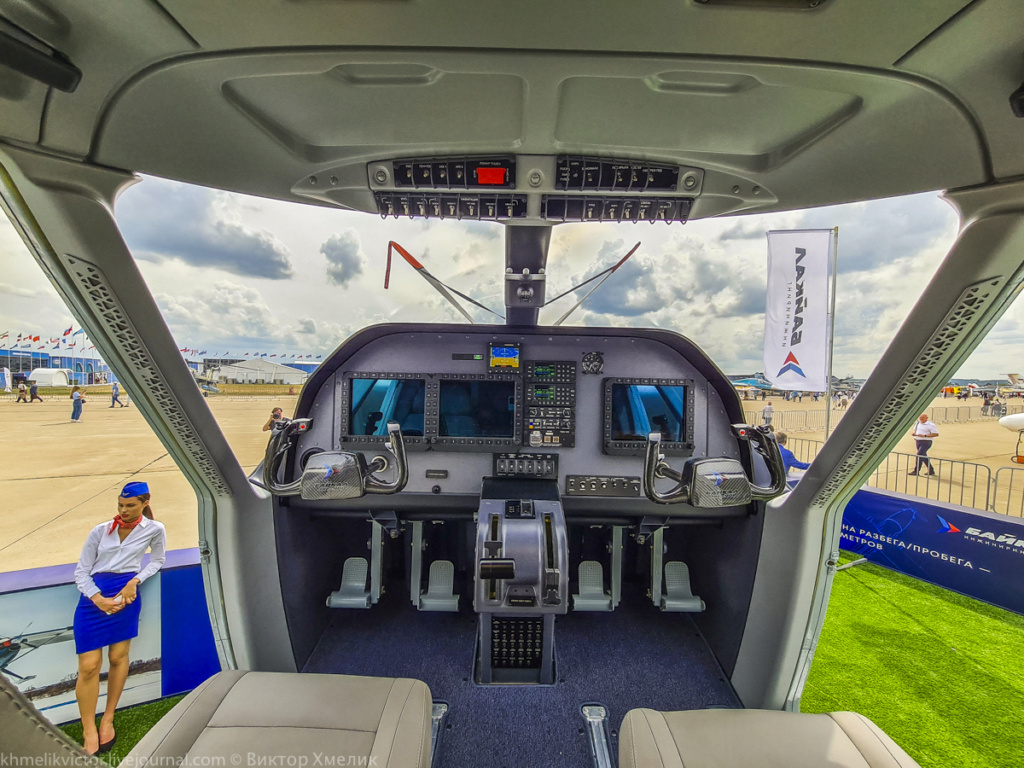 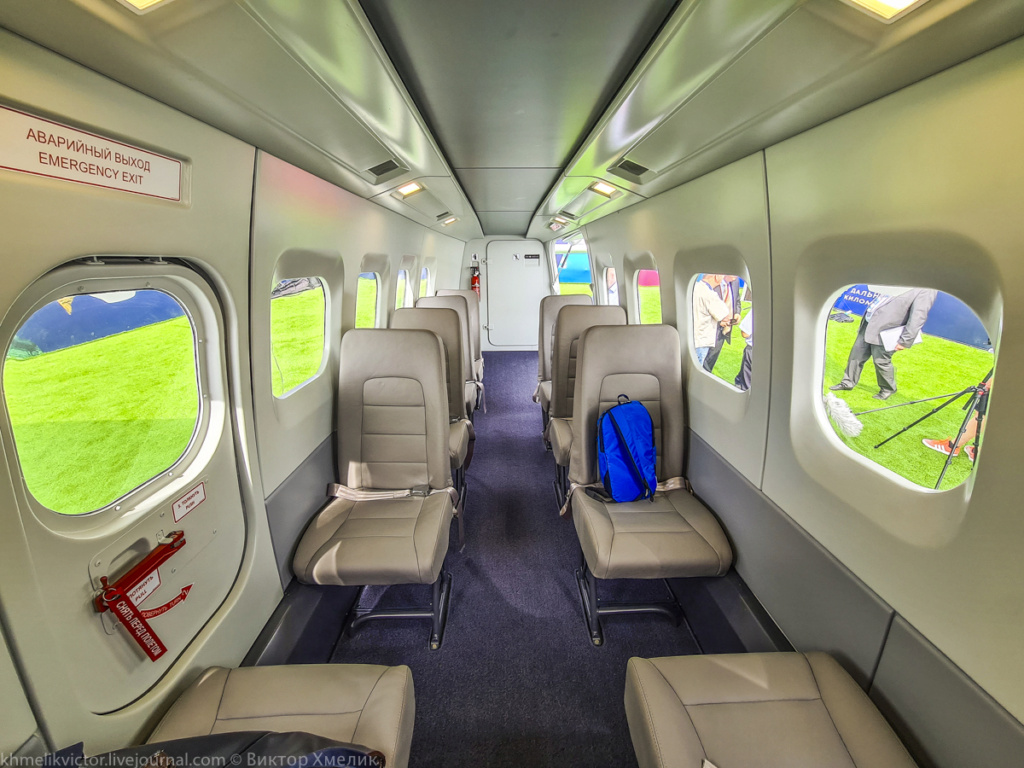 Looks nice, I wonder why it didn't have the biplane wings of its predecessor.
Weren't they the main reason for its incredibly low stall speed?

I know there might have been a weight issue, but I think a bi-wing format would have been nice too.

Is the TVS2DTS going to happen due to cost and repair issues of an all composite body?
I understood there are some delays but it is still going ahead too, as a more expensive option than the one above.
PapaDragon

Firebird wrote:Looks nice, I wonder why it didn't have the biplane wings of its predecessor.
Weren't they the main reason for its incredibly low stall speed?...

New materials and wing design, no more need for two wings to get same results

The best bit is at the end.  Certification for the 310 variant is planned for late 2022.  Only a year after the 300 variant is pretty good timing.

Looks nice, I wonder why it didn't have the biplane wings of its predecessor.
Weren't they the main reason for its incredibly low stall speed?

My understanding is that the reduced weight and drag mean it can fly rather faster and rather further, but while its stall speed is higher it is still able to land on short rough strips which was the main thing.

The airframe is supposed to be all Russian but the first aircraft will have American engines, but the Russian replacement engines will be ready soon.

AFAIK both will be monoplanes and will be much lighter than the An-2.

Data from this page:  https://khmelikvictor.livejournal.com/181168.html

Oh that is cool... loading the image above into Yandex translate as an image and translate image means I can then download the translated image to my computer:

GarryB wrote:
Oh that is cool... loading the image above into Yandex translate as an image and translate image means I can then download the translated image to my computer:

Top find there Garry. You might consider spreading the knowledge wider than just this thread.

Digital twin concept to be mandated/standardized next year

They don't discuss it in depth. But the increased capability it gives for in lifecycle calculation and analysis (you can simulate a volcanic ash ingestion, event for instance, on the digital twin model and use the output of that to adjust maintenance and inspection periods to prolong operability and safety) should greatly increase maintenance performance. And maintenance/service has often been a weak point. Good opportunity for improvement. 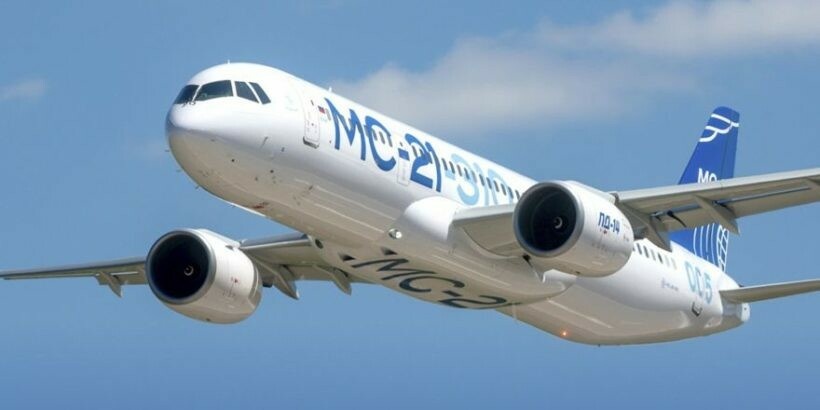 The liner took off from the airfield Ramenskoye LII them. Gromov, where certification tests are underway, at 11:33 am (Moscow time) and landed at Dubai Al Maktoum International Airport at 4:47 pm (Moscow time). For more than five hours of non-stop flight, the MC-21-310 covered a distance of about 3700 km.

The aircraft is equipped with PD-14 engines. The version of the liner with a Russian power plant should receive a type certificate at the end of 2022. The PW1400G version of the aircraft is expected to receive a type certificate in late 2021 - early 2022. More than 700 of the required 800 test flights have been completed. By the end of this year, UAC and the Irkut corporation plan to complete the certification test program.

The international premiere of MC-21 was planned in the fall of 2018 in Southeast Asia, but for the first time MC-21 was demonstrated in 2019 at the Technofest festival of aviation, space and technology in Istanbul in September 2019. Then the third prototype MS-21 with tail number 73054 flew to Turkey.

Sheik: Can I get one in pink for the 12th birthday of my 7th daughter?

Some goings on at Dubai and other news...

The creation of a Russian venture to spur the leasing of Russian Helicopters products across Russia, the Middle East, SE Asia. 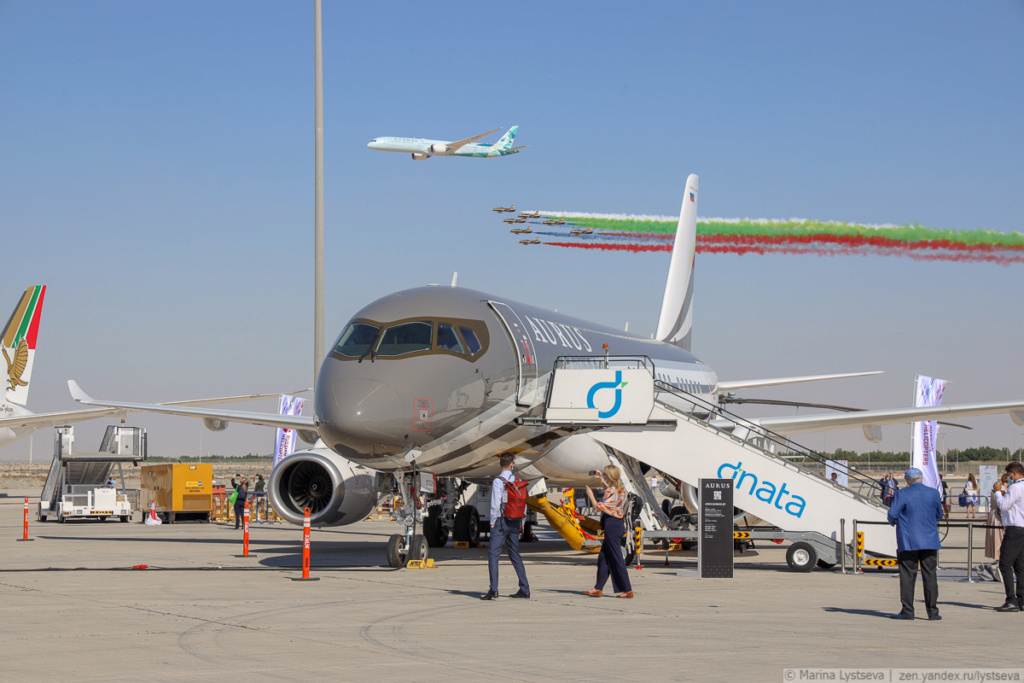 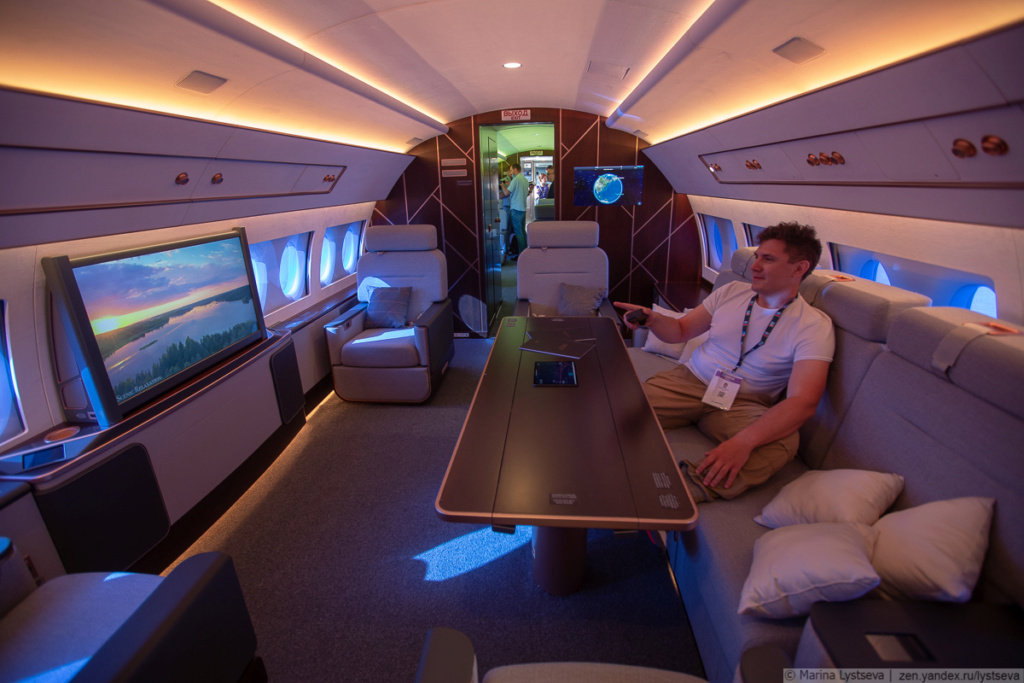 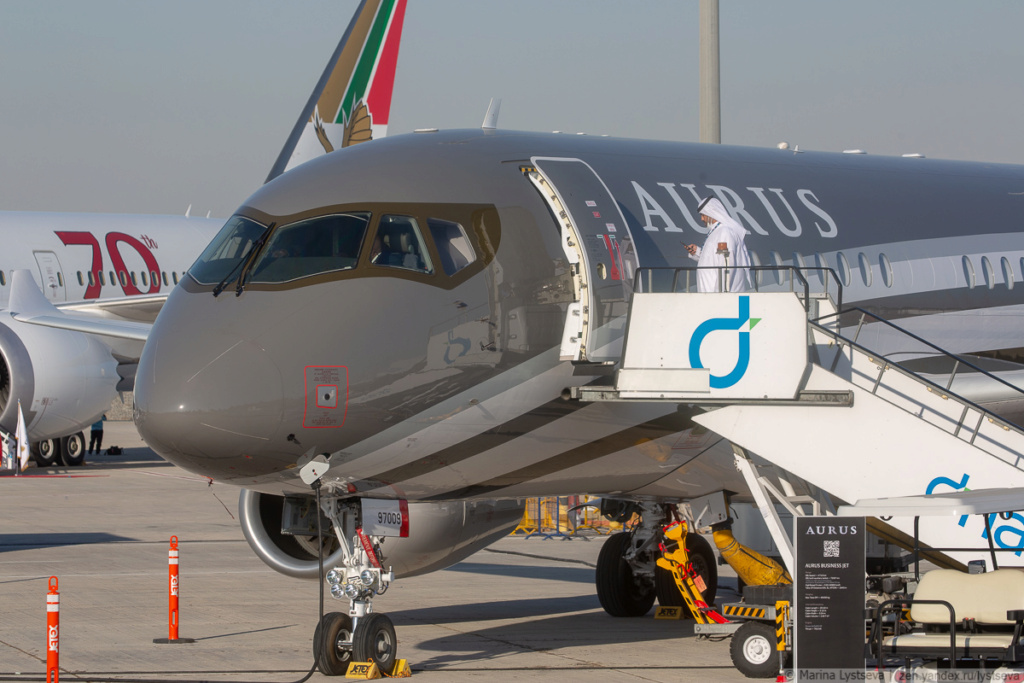 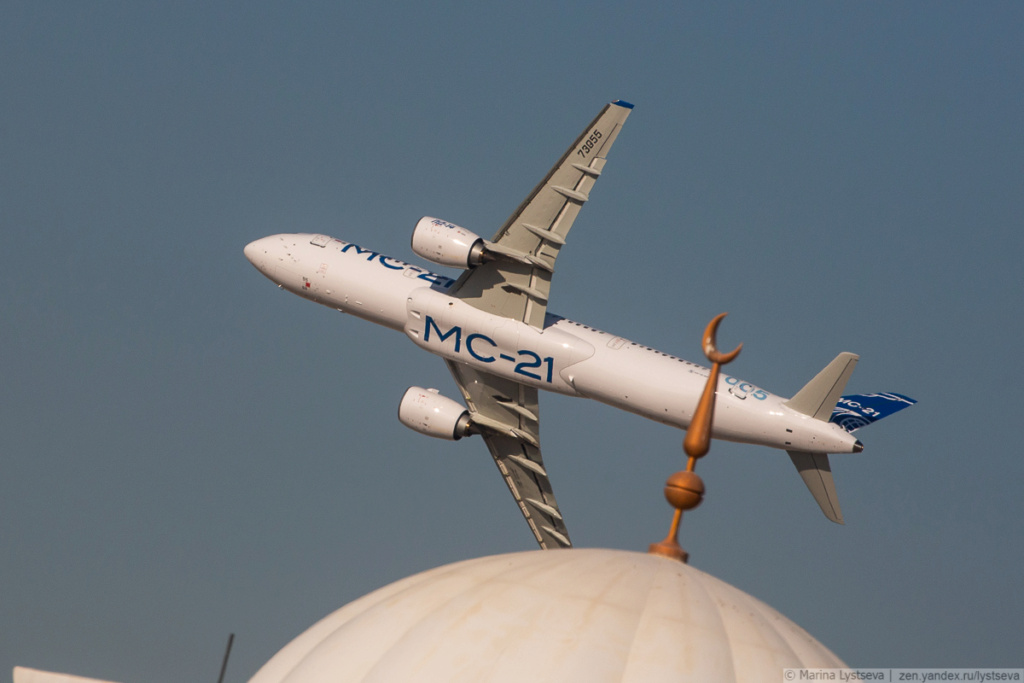 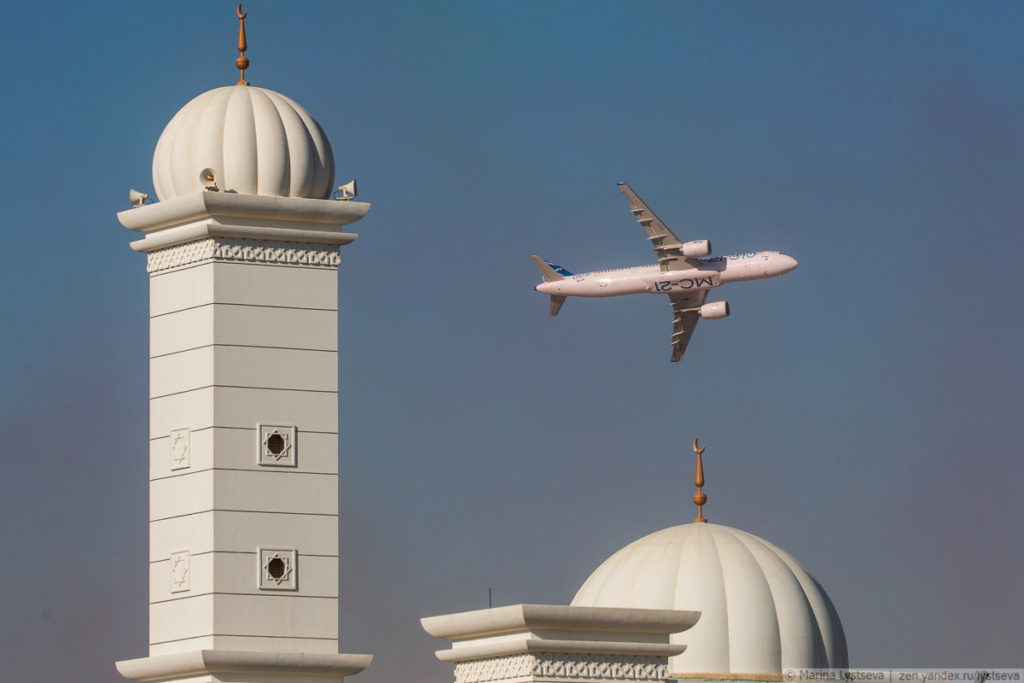 Is the Aurus based on the SSJ?
kvs

Yes, it is just a posh-ed up version of one. I am not sure about technical changes.

Interesting observation that the demonstrator sent to Dubai uses the PD-14 engines indicates little effort to sell abroad
and is more of a boasting exercise.

I think it is both. Russia will be pushing to sell PD-14 based variants instead of using NATzO derived engines. Any loss
of potential sales will not be such a big deal since Russia will deploy the MC-21 for its own internal market. So Airbus and
Boeing will lose sales/leases.

kvs wrote:Interesting observation that the demonstrator sent to Dubai uses the PD-14 engines indicates little effort to sell abroad
and is more of a boasting exercise.

I think it is both.   Russia will be pushing to sell PD-14 based variants instead of using NATzO derived engines.   Any loss
of potential sales will not be such a big deal since Russia will deploy the MC-21 for its own internal market.   So Airbus and
Boeing will lose sales/leases.

I think it clearly shows Irkut has a lot of confidence in the PD-14 equipped version that they are willing to make a long trip such as this one when the type is supposed to only be certified next year with these engines.

Yes, it is just a posh-ed up version of one.  I am not sure about technical changes.

Mail and freight delivery is the right venue for trying out single pilot and pilotless aviation concepts. Passenger transport should only be changed once the concepts are proven safe and reliable.

Youtube promo video from Irkut Corp at Dubai. It tours the Aurus business jet interior and then does the same for the MC-21-310. You can see that the MC-21 only has a partial cabin installed and the back portion is used for testing. It is interesting that they chose to bring this plane to Dubai when it is obviously still being used in the testing program.

It´s a nice test for a new passengern plane to fly a few thousand kilometres.