Multi walled composites. Sounds like a nightmare really.
I cannot remember a single project which used these things which worked out properly.
Rodion_Romanovic

Sorry but you cannot coast with almost no power, unless you plan to use some sort of hybrid airship concept.

Why not if you are out of the atmosphere? Satellites are coasting for millions of miles. If you burn the bulk of your fuel to exit the amosphere, then coast, you may be able to achieved super/hyper sonic travel with a similar efficency as a subsonic airliner.

Satellites are in an orbit around the earth, they are not "flying". To put an object in a low earth orbit you need increadibly more energy then what you need for flying

Sorry but you cannot coast with almost no power, unless you plan to use some sort of hybrid airship concept.

Why not if you are out of the atmosphere? Satellites are coasting for millions of miles. If you burn the bulk of your fuel to exit the amosphere, then coast, you may be able to achieved super/hyper sonic travel with a similar efficency as a subsonic airliner.

Supersonic is not in the same realm as these orbital travel or hypersonic pipedreams.

Any old tu 22 bomber built in the 80's can go supersonic. It is just about adapting it to civilian use. Which was also done by the Concorde for 27 years.

The first 6 serial MS-21 will be delivered to Rossiya Airlines in 2022. 2 aircraft are already in the final assembly shop, 3 are under construction.
In total, by 2035, Irkut Corporation plans to produce 1099 MC-21, Superjets and IL-114-300 passenger aircraft 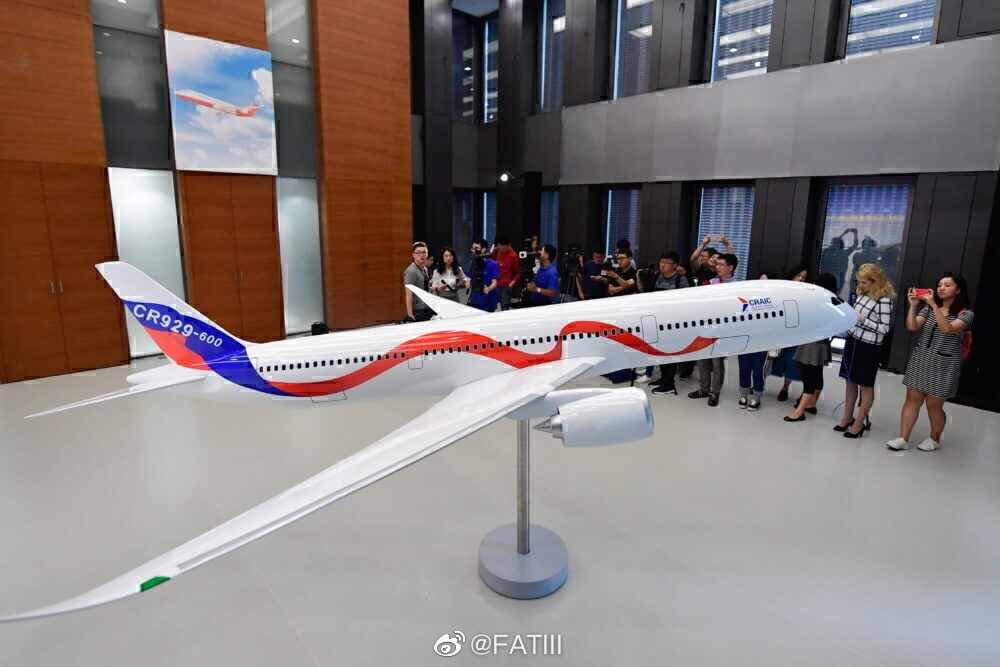 Tests of the MS-21-310 prototype aircraft equipped with domestic PD-14 engines are continuing at the airfield of the Irkutsk Aircraft Factory. Now the airliner is flying within the framework of the program of factory finishing tests and is preparing for the flight to Ulyanovsk, where at the site of JSC "Spectrum-Avia" will be painted in the corporate livery of the experimental aircraft of the corporation "Irkut". Then the plane will fly to Zhukovsky, to continue the program of flight certification tests. In July, the aircraft will take part in the static display and flight program of the MAKS-2021 air show

The United Engine Corporation has completed the first stage of testing the PD-8 turbofan engine gas generator for SSJ-New aircraft. UEC specialists have achieved stable starts of the gas generator with successful reaching the maximum mode in accordance with the test program. A full-scale sample of the gas generator will be presented at the MAKS-2021 exhibition. This was reported in the press service of the UEC.

The gas generator, which is called the "heart" of an aircraft engine, consists of a high-pressure compressor, a combustion chamber and a high-pressure turbine - it is this part that drives the power plant.

As part of the tests, computational and experimental work was carried out, the optimal configuration of the gas generator was found - its electrical, hydraulic and pneumatic systems, after which the specialists proceeded to "hot" engine starts using real aviation fuel, which were successful.

PD-8 is the "youngest" in the line of aircraft engines, the first of which was PD-14. It is intended to replace the French-Russian SaM146 power plants on SSJ100 aircraft, as well as the D-436TP manufactured by the Ukrainian Motor Sich JSC on Be-200 amphibious aircraft.

The PD-8 gas generator was assembled and installed on the test bench in May. The tests made it possible to experimentally confirm the correctness of the design solutions laid down. “The experience gained will be taken into account in the manufacture and testing of the following gas generator samples, as well as prototypes of the PD-8 engine,” said a representative of the aviation cluster of Rostec State Corporation.

The PD-8 engine is being created by the broad cooperation of UEC enterprises for the updated version of the Superjet 100 - SSJ-New, which will feature a high level of import substitution. In the design of the power plant, technologies were used that were developed during the creation of the PD-14 engine, which is intended for medium-haul liners.

As previously reported, UEC is also working on the creation of the largest aircraft engine in the domestic line - PD-35 for wide-body long-range aircraft. This is one of the most ambitious projects in the Russian aircraft building industry; earlier in the USSR and Russia, engines with similar characteristics were not created.

Three assembly stations have been deployed in the new MS-21 final assembly shop of the Irkutsk Aircraft Factory. At the first assembly station, the fuselage is docked, at the second, the wings are docked, and at the third, the tail is docked.

In the near future, two more stations will be installed in the workshop, where aircraft equipment will be installed. They will provide streaming promotion. At each stage, the aircraft will be enlarged, turn into the final appearance and come out as a finished product.

The new final assembly shop at the Irkutsk Aircraft Factory will allow the production of up to 36 MS-21 aircraft per year.

There are currently five machines in various stages of assembly: four in the final assembly shop. The fuselage of the fifth is on an aggregate assembly.