It's just a plan of all the standard NATO communication and detection asset plus naval fleet and land forces
deployments for a hypothetical war on Russia in the European theater. It's hard to read since the various
acronyms are not defined. It's a very busy chart with little content. The orange Russian parts do not
cover the same set of assets and just highlight missile defense. There is some token reference to the Russian
fleets on the Black Sea, Baltic Sea and the north.
marcinko

It's just a plan of all the standard NATO communication and detection asset plus naval fleet and land forces
deployments for a hypothetical war on Russia in the European theater.   It's hard to read since the various
acronyms are not defined.  It's a very busy chart with little content.   The orange Russian parts do not
cover the same set of assets and just highlight missile defense.   There is some token reference to the Russian
fleets on the Black Sea, Baltic Sea and the north.

Ahh thanks, now I understand

marcinko wrote:Ahh thanks, now I understand

And you can clearly see three possible vectors of attack on Russia. Accordingly Russian defenses are set.

“The complex “Aistenok” detects ground targets such as” tank “in the range from 200 m to 20 km. The maximum detection range is achieved in the presence of radar visibility. In this case, it provides detection of tanks moving at speeds from 2.5 to 60 km/h, with a probability of at least 0.8,” the press service said.

Total weight of “Aistenok” is 135 kilos, it is equipped with a color display and the radio station. The assembly of the complex needs just 5 minutes, the Southern Military District highlighted.

The PSNR-8M stations can be used to detect objects located as far as 18.6 miles in low visibility and under any weather conditions.

The Eastern Military District started drills that would see personnel learning how to locate ground and aerial targets both in the daytime and at nighttime using the PSNR-8M. Servicemen are also expected to learn cross-country navigation and situational assessment via electronic maps generated by the new radar station.

The PSNR-8M stations are capable of detecting objects located as far as 18.6 miles in low visibility and under any weather conditions. The stations are indispensable in case smoke or aerosol screens are deployed.


"The invisibility of air attack for us today does not exist. Let the citizens of our country will be calm," - said Makarov on the radio station "Russian news service" .

Is it similar to Li-Fi ? which is a wireless communication system using light

Cyberspec wrote:Is it similar to Li-Fi ? which is a wireless communication system using light

KUBINKA /Moscow Region/, June 16. /TASS/. The trials of a new over-horizon radar system designated for operation in the western direction will begin in Russia in the coming months, President Vladimir Putin said on Tuesday.

"State trials will be held in the coming months to test a new over-horizon radar system for air target detection. It will eventually control the western strategic area," Putin said at the opening of the Army 2015 international military and technical forum outside Moscow.

Russia will start work from 2015 to create a similar radar system for the eastern direction, Putin said, adding a new radar station started operating in Armavir in the country’s south as of April this year.

Putin told the Army 2015 forum participants that the samples of combat robots and control systems presented at this arms exhibition would largely shape the current and the future state of the Russian Armed Forces.

"Their provision with modern and promising armaments is a key task of army development along with the implementation of a large-scale state armaments program and the modernization of the defense sector. We have paid and will continue to pay special attention to this," Putin said.
GunshipDemocracy


“We talk a lot about Russia's increasing its presence in the Arctic. The armed forces do not stand aside. As of today, we have deployed new weapons such as Pantsir air defense systems on the islands in the Arctic Ocean; we are deploying new radar stations and fighter jets will arrive there soon.”
http://sputniknews.com/military/20150620/1023635580.html

The Eastern OTH radar is to start construction soon as per this article.
http://militaryrussia.ru/blog/topic-768.html
Morpheus Eberhardt 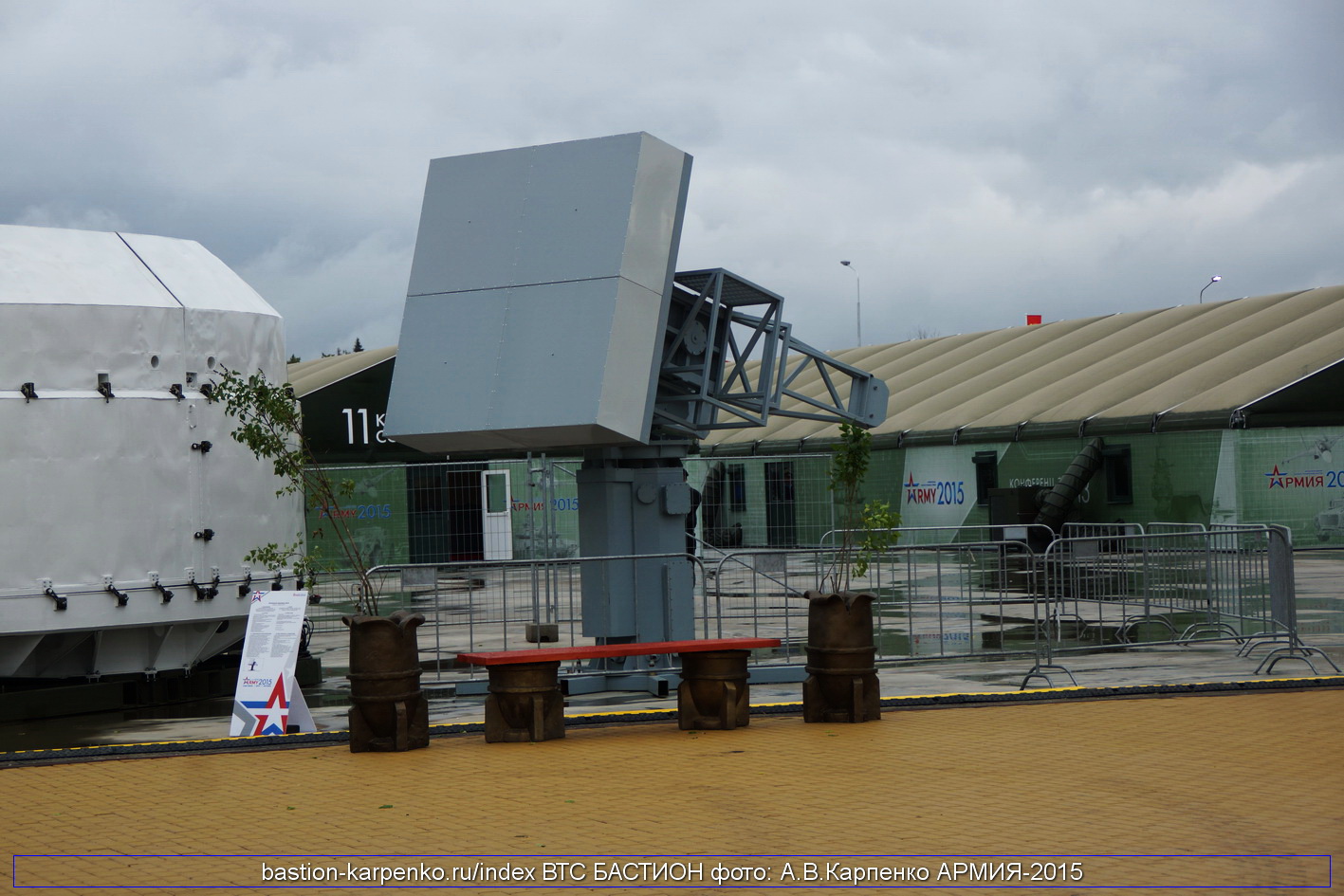 Is there anymore info regarding these radars? Thanks!
Morpheus Eberhardt

Can somebody please help me identify this radar

Too far to say for sure
Viktor


Complex "The foundation-M" is designed to automate the process of collecting and processing information from different radars, it can effectively control the sources of information about the traffic situation and provide data to the control points.

Here are some pics of the mobile version taken by Vitaly 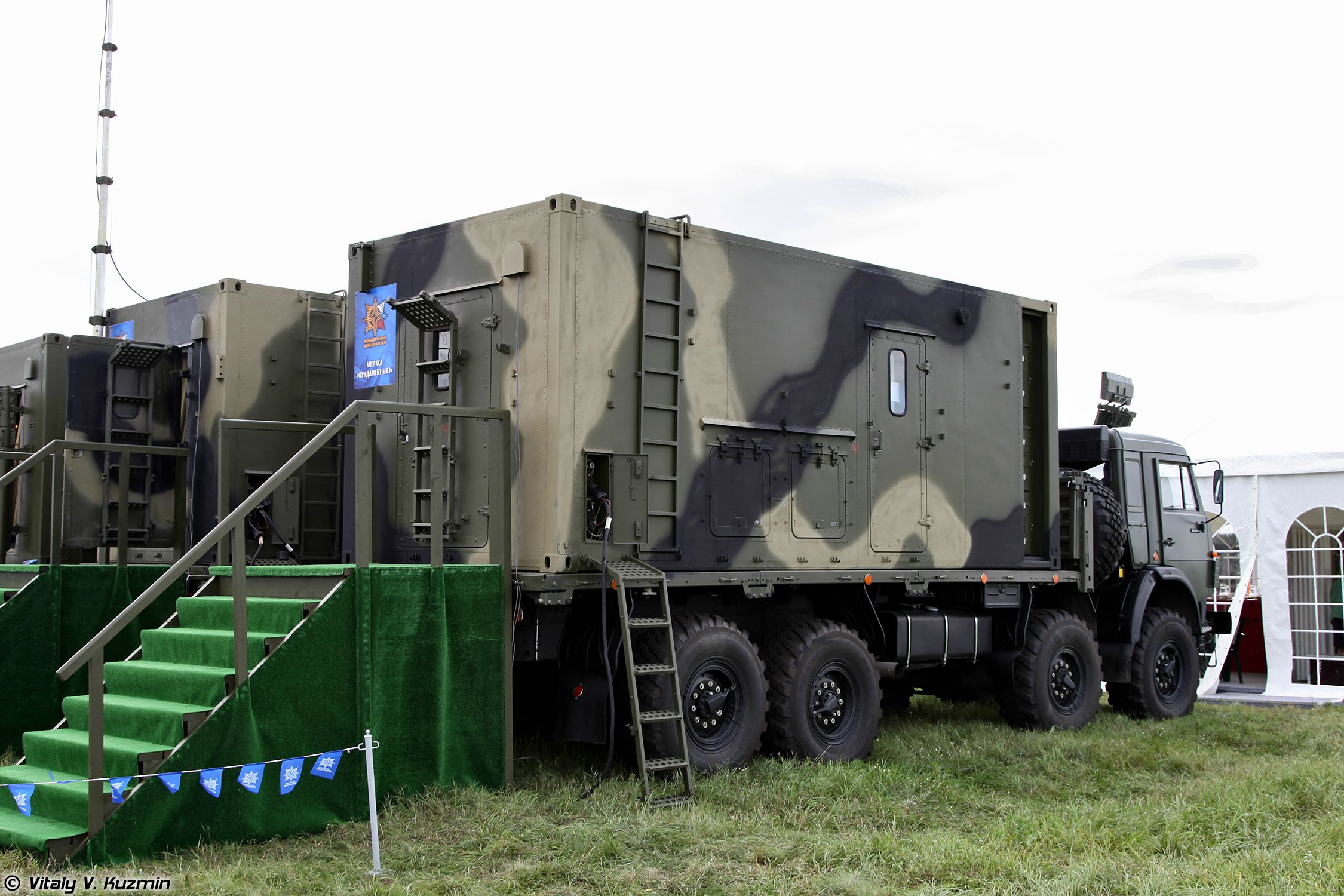 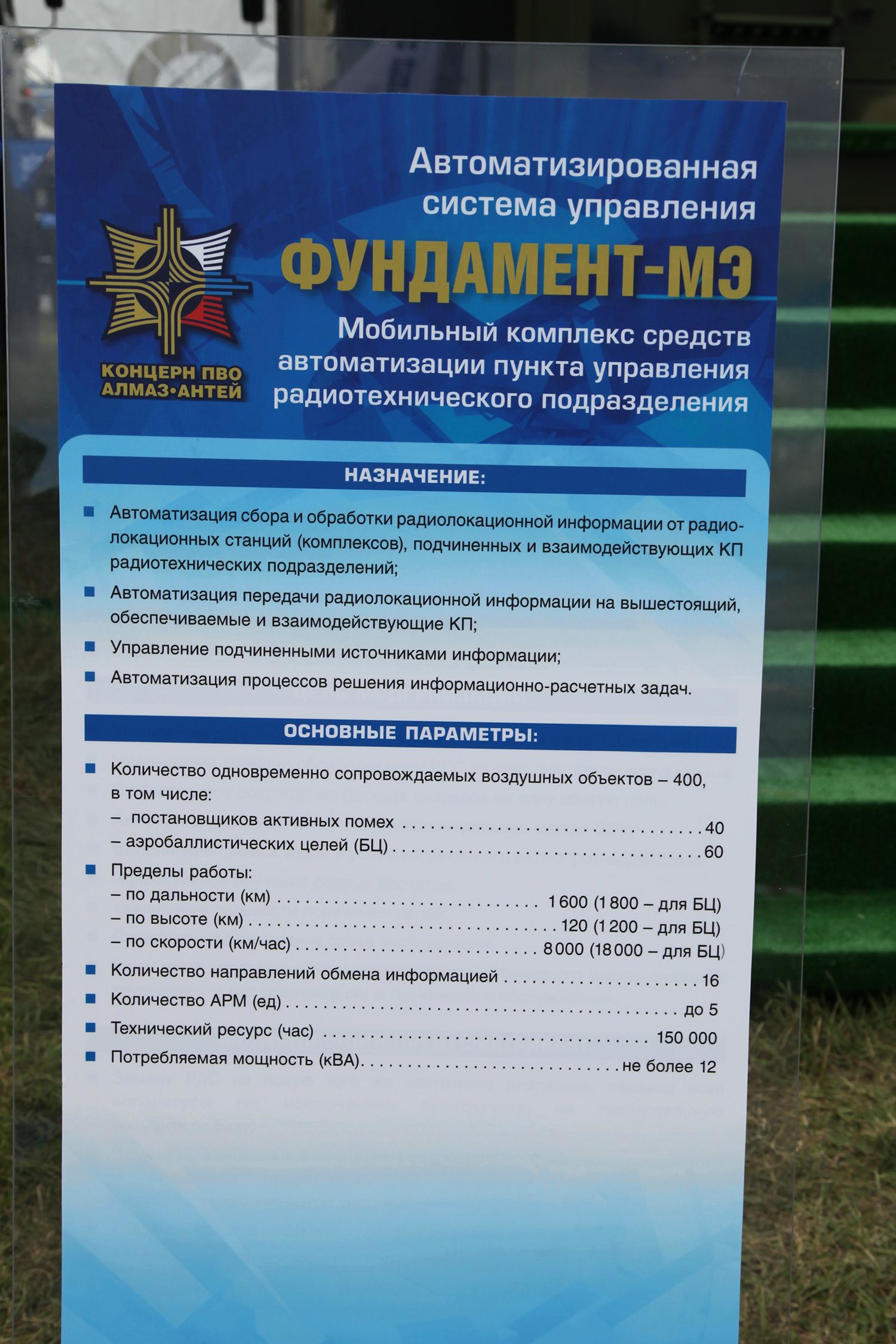 The radars in question are Voronezh and Duga B

Ministry of Defense: the experimental radar "Neman-P" will be upgraded by 2016

During the Soviet era, radar station "Neman-P" has participated in more than 300 tests of ballistic missiles. The Defense Ministry reported that Earl upgrade to expand its capabilities, extending the service life and increase reliability.

MOSCOW, September 15 - RIA Novosti. The experimental radar "Neman-II", participated in the Soviet era more than 300 tests of ballistic missiles, will be upgraded by 2016, said Tuesday the representative of the press service and information of the Defense Ministry of missile forces Strategic Colonel Igor Egorov.

"On the range Sary-Shagan continued modernization of Earl" Neman-II ", which will be completed in 2016. From 1981 to 1991 the radar participated in the measurements more than 300 ballistic missiles in tests of Russian warheads and complex means to overcome missile defense, including missile systems, "Pioneer" and "Topol", - he said.

According to Yegorov, the current modernization "Neman-P" is aimed at expansion of information opportunities and increased lines of work stations, life extension and improvement of its operational reliability.
max steel


Concern “Radio-electronic technology” (KRET) and the Foundation for Advanced Studies (FPI) are working together to establish a phased array antenna on the principles of radiophotonics – a fundamentally new systems which in the future may be placed on airships and used in missile defense.

This was told by the adviser of the first deputy head of the Concern Vladimir Mikheev.

“Right now together with FPI we conduct major research work on the creation of the antenna system on the principles of radiophotonics,” the spokesman said.

He emphasized that the antenna “must be submitted in the near future” – it is a “question of a year or two”. “By 2020, we are planning to build locator n the principles of radiophotonics,” the representative of the Concern said. 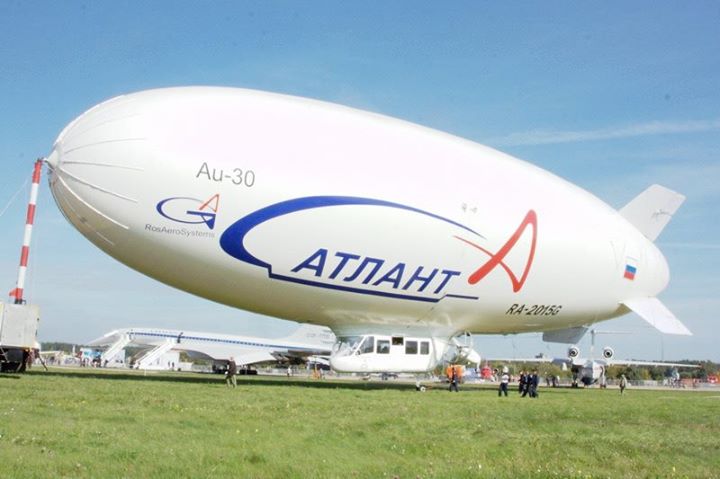 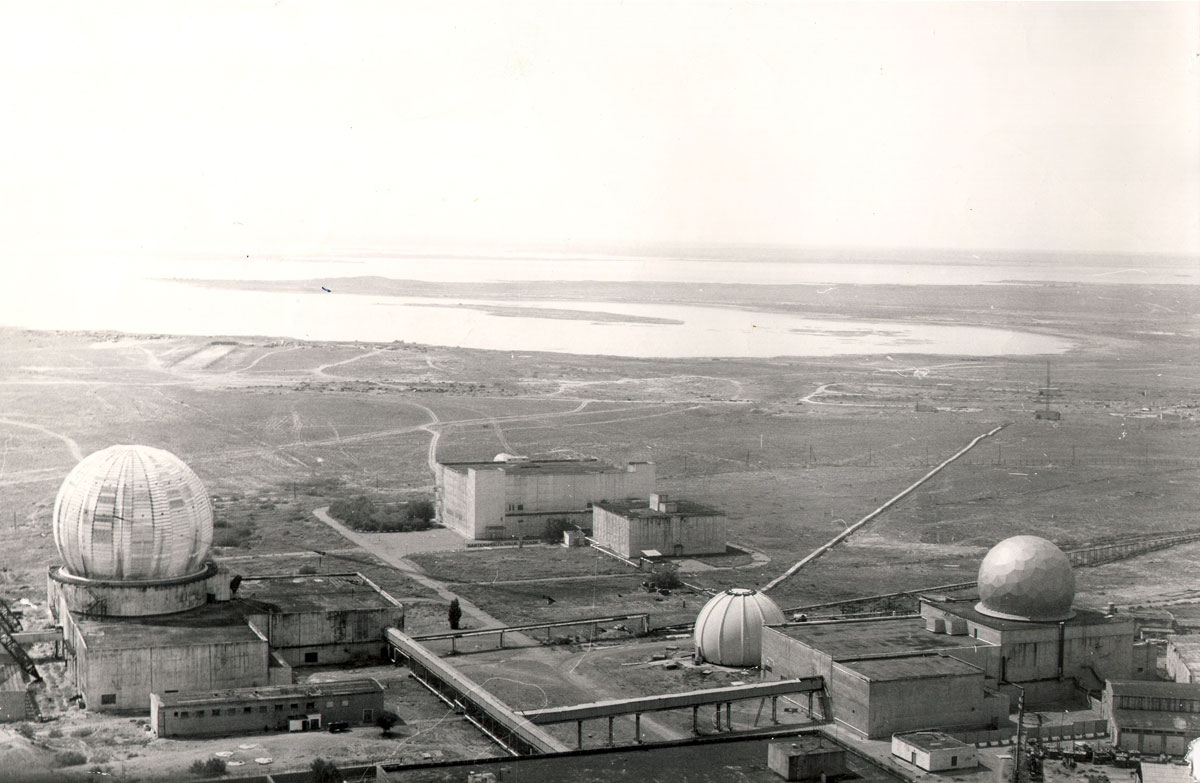 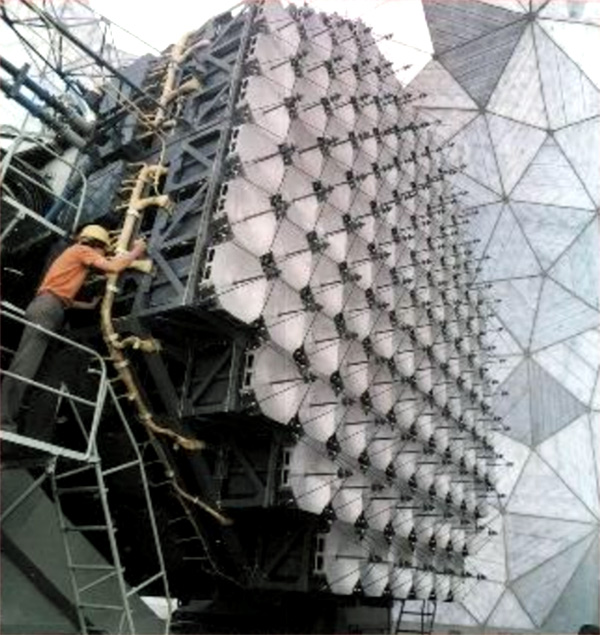 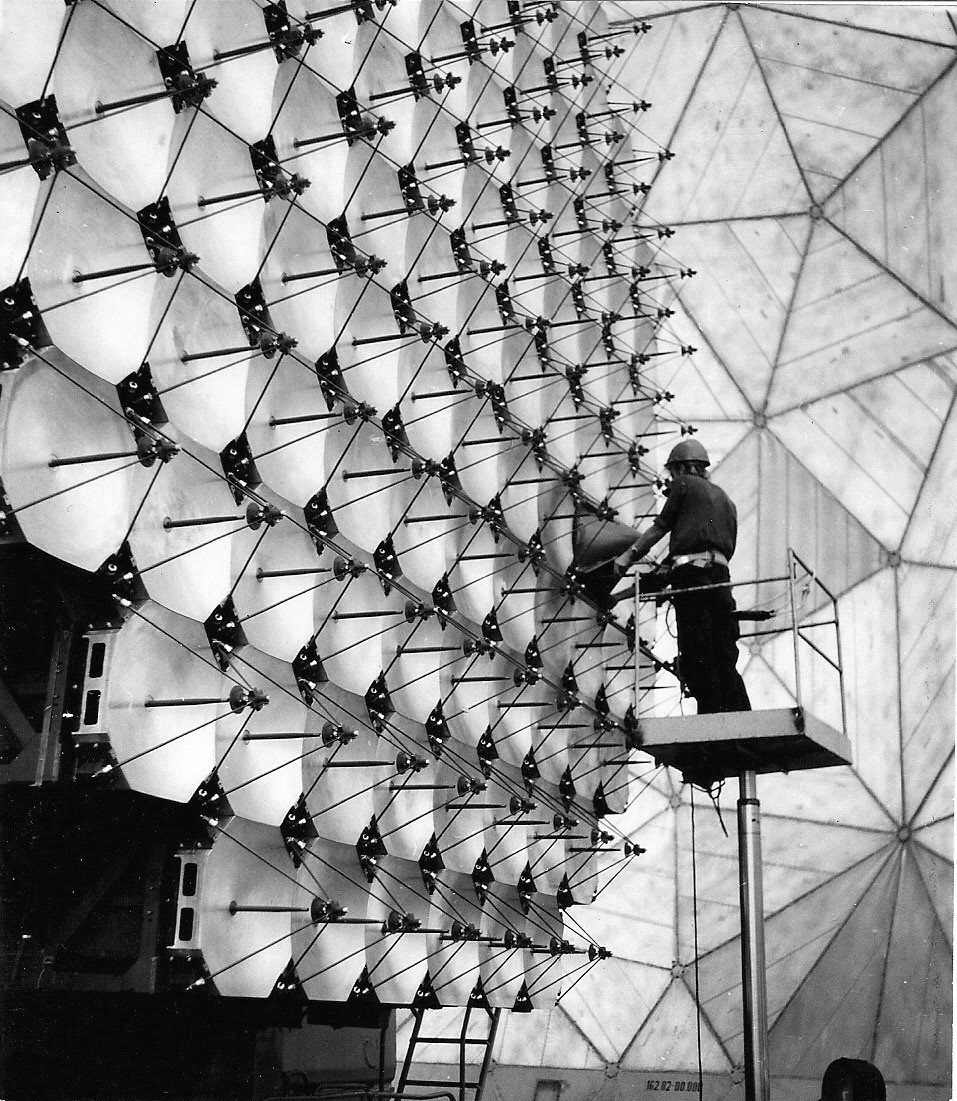 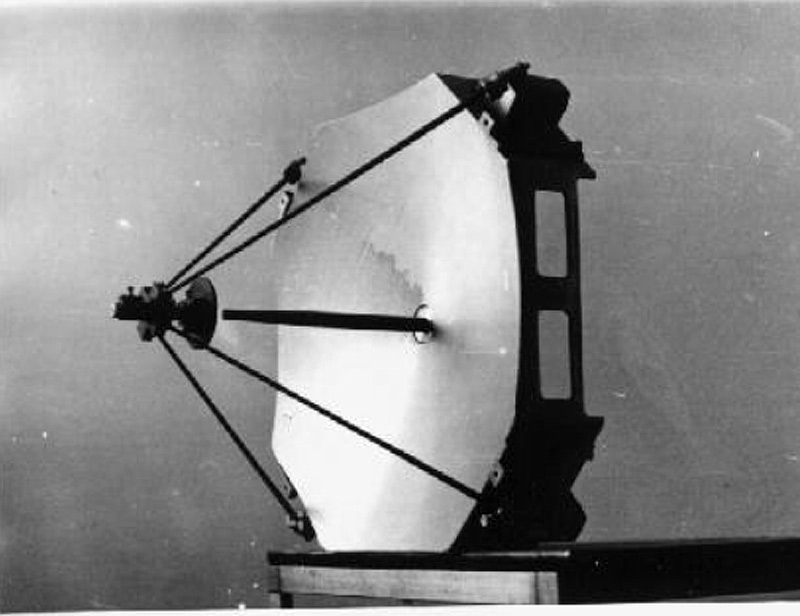 Is it true that Russia had a network of early-warning radars and no operational early-warning satellites currently ?
Sponsored content