Today, the press service of PJSC Tupolev, in a letter to BUSINESS Online, explained the purpose of creating a new aircraft: tests of experimental
equipment installed on upgraded and newly developed aircraft. The purpose of the work on the Tu-214LMK is to create a flying laboratory
for testing in-flight complexes of the on-board equipment Tu-160 and in the future - the PAK DA ".

Good interview about the future of VVS:

Do not find a specific thread for this, but the news are relevant: Tactical Missiles Corporation finishing R&D in no less than 14 new missiles this year:

"This year, we have serious plans: we need to complete a total of 14 [R&D] works," the chief executive said.

"Several works are linked with ‘air-to-air,’ air-to-surface’ and air-to-ship’ weapons. And about a third of works are related to coastal missile systems and underwater naval weapons," Obnosov said.
Hole

According to SouthFront yesterday a Su-34 used a Kh-35U to destroy a building in Raqqa/Syria.

Interesting comment from a real russian pilot. But bad translation. I think he is suggesting of intruducing cheap single engine fighters.

Can anyone translates ? Maybe Vlad79 ?
ult

That guy is not a pilot. He knows pilots. And he's been known to spew bullshit before. Like not being able to tell apart F-15 and F-22.
LMFS

This was the first account to show pictures of Okhotnik if I am not wrong, rumour is it is linked to VVS somehow so I would not dismiss what they disclose.

From what I understood, they are saying that in the 90's they scrapped many single engine planes and now use twin engine ones, which are very expensive and have increased failure rate, though the probability of total loss of the plane decreases. And they say they are developing single engine plane, I didn't find the word fighter anywhere but seems the logical assumption doesn't it? Would be great to know more but a hint is all we have.

They talk about TVCs and supercruising engine too.

Many pilots like to share their experience with aviation fans. This one seems that sort of person and probably used or somehow controled by the VKS so that he shares what they want to be shared. Like the f-22 on OLS, or images of the norvegian intel ship, or those stories about f-18 dogfight near japan.

A picture of a f-22 on a su-35 ols won't be shared anyday soon by any pilot without green light from top generals. They would be fired if they do that by their own.
JohninMK

Isos wrote:Many pilots like to share their experience with aviation fans. This one seems that sort of person and probably used or somehow controled by the VKS so that he shares what they want to be shared. Like the f-22 on OLS, or images of the norvegian intel ship, or those stories about f-18 dogfight near japan.

A picture of a f-22 on a su-35 ols won't be shared anyday soon by any pilot without green light from top generals. They would be fired if they do that by their own.

Please forgive my ignorance but what does "OLS" stand for?
LMFS

Isos wrote:A picture of a f-22 on a su-35 ols won't be shared anyday soon by any pilot without green light from top generals. They would be fired if they do that by their own.

Or simply jailed. Agreed he is not just a guy leaking info without anybody noticing.

BTW the statement regarding ongoing development of single engine may fit the Okhotnik indeed. STOVL concepts may also be single engine.

JohninMK wrote:
Please forgive my ignorance but what does "OLS" stand for?

Optical Locator System. The "camera" in front of the cockpit, above the radar that you can see on mig-29 and su-27 families and even on su-57.

MiG-31 in 2017 was mistakenly shot down by an R-33 missile from another fighter? 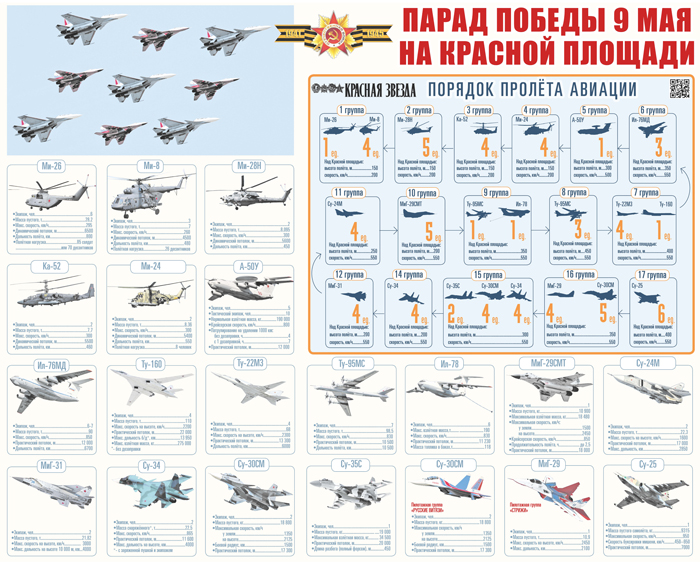 Source: the concept of a helicopter with an electric motor is being worked out for the Russian military

Significant advantages of the electric motor will be relative noiselessness and low heating temperature.

MOSCOW, May 7th. / Tass /. The concept of a new attack helicopter with a hybrid power plant, which in the future will be replaced by an electric motor, is being worked out in the interests of the Armed Forces of Russia. This was reported to TASS on Tuesday by a source in the military-industrial complex.

"In the interests of the Russian Armed Forces, the concept of a general purpose helicopter with a hybrid engine [an internal combustion engine and an electric motor] is being worked out at the first stage, and then with an electric motor," the agency’s source said.

According to him, the relative advantages of the electric motor will be relative noiselessness and low heating temperature, which provides "low visibility for heat finders and enemy homing heads." In addition, such a helicopter will be independent of fuel. The interviewee noted that electricity can be extracted from any other type of fuel, which will give an advantage in large-scale future military operations, when stable operation of the oil refining infrastructure can be disrupted.

The interlocutor of the agency said that, according to military scientists, combat helicopters with a hybrid installation of motors can be widely used "in the next 15-20 years."

Viktor Murakhovsky, editor-in-chief of the Arsenal of the Fatherland magazine, added that the accuracy of the SVP-24 can be improved by improving the software and integrating it with condition sensors on board the Aircraft


MOSCOW, May 8. / Tass /. Specialists of the military technopolis "Era" in Anapa are working to improve the accuracy of the aviation aim-navigation complex SVP-24 "Gefest." About this on Wednesday TASS reported a source in the military-industrial complex.

"One of the units of technopolis" Era "is developing a new advanced aiming complex" Hephaestus "for aircraft, which will even more significantly increase the accuracy of using unguided ammunition, which already has the corresponding accuracy of" high precision ", the source said.

In August 2017, the chairman of the Military Scientific Committee of the Armed Forces of the Russian Federation, Lieutenant-General Igor Makushev reported that the accuracy of the defeat by unguided bombs from bomber equipped with Hephaestus is comparable to the use of guided munitions. A TASS source in this regard noted that conventional aerial bombs with a modernized complex would not only be close, but would be reached according to this indicator at the same level as adjusted ammunition.

As explained by TASS chief editor of Arsenal of the Fatherland, Viktor Murakhovsky, the accuracy of the SVP-24 can be improved by improving the software and integrating it with solid-state sensors on board the aircraft, which will provide accurate data on external conditions in real time. "To improve the accuracy characteristics, it is also necessary to have more accurate external data. For example, the wind speed is at a height - [accuracy] depends quite strongly on this, better even in heights, in layers," the source explained.

In addition, it is necessary to calculate the aerodynamics of the munitions themselves in more detail. In many respects, the accuracy of hitting a target depends on the accuracy of the signal of satellite navigation systems. “It should be understood that the accuracy of GLONASS itself strongly depends on whether there are any differential corrections in the area of ​​application of the station. If they are, then the accuracy is significantly increased,” the expert noted.

More importantly if the electric motors can be made relatively small then you could have coaxial main rotors without the need for an enormous and heavy and complex gearbox... in fact the future could offer compact nuclear batteries to power such an aircraft... a 1MW nuclear battery could power systems and two powerful electric motors to allow the aircraft to fly for decades... the electric motors and no gear box would reduce the weight of a Havoc or Hokum attack helicopter by an enormous amount... perhaps 3-4 tons at least...
dino00

Compact nuclear batteries and compact nuclear reactors will give the Russian armed forces and hedge against the Americans for good years.

Putin walked about an exposition of the latest models of aircraft on the ground. One of the planes on display was a fifth generation jet Sukhoi-57. A group of six such planes had escorted the presidential liner when it was approaching Akhtubinsk. Also, Putin was shown the newest fighter jet MiG-35 and samples of future unmanned aerial vehicles (UAVs). 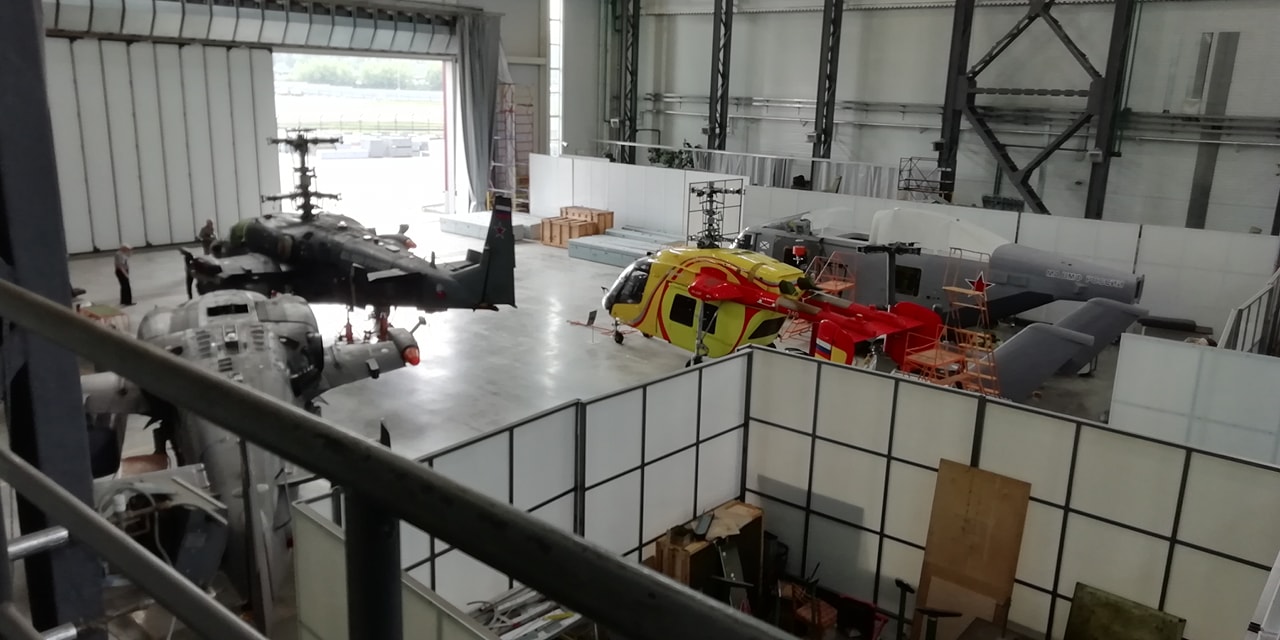 The Russian Defense Ministry accused South Korean pilots of acting “unprofessionally” while dangerously crossing the path of Russian bombers, which were on a routine mission over “international waters.”
Two Russian Air Force Tu-95MS bombers were flying over the Sea of Japan when they encountered a pair of South Korean F-16 fighter jets.The F-16s “performed unprofessional maneuvers while crossing the course of the bombers, thus putting their safety at risk,” the Russian MoD said in a statement. The fighters also did not attempt to communicate with the Russian crews.

Earlier in the day, Seoul’s Joint Chiefs of Staff committee claimed their jets were scrambled to intercept the intruding Russian aircraft which violated South Korean airspace twice. Moscow insists the encounter took place over 25km from the isles of Dokdo (known as Takeshima in Japan), and that they recorded no violation of aerial borders by Russian planes.

Rejecting the JCS accusations that the Tu-95s breached South Korea’s air defense identification zone (KADIZ), Russia said there are no international regulations that stipulate the existence of these areas.

Moscow does not recognize them either, “which was repeatedly communicated to the South Korean side through various channels.” At the end of the mid-air encounter, the South Korean jets fired flares and went away, the ministry stated.

Moscow also denied reports that “warning shots” were fired at the Tu-95s. If that was the case and the Russian pilots considered themselves in danger, there would have been “an answer” to that.

Related to the above news...

Yeah, South Korea claiming ownership of islands no one else recognises as theirs means they think their airspace extends much further out than anyone else agrees with... leading to this sort of thing...

Russia’s top brass sets up heliport in Gulf of Finland

ST. PETERSBURG, August 7. /TASS/. Army engineers have built a new military heliport on the Gogland Island in the Gulf of Finland, the press office of Russia’s Western Military District reported on Wednesday.

"During special tactical drills, the servicemen of the engineering and aerodrome service of the Leningrad Air Force and Air Defense Army constructed a heliport on the Gogland Island in the Gulf of Finland," the press office said.

A Mi-26 helicopter delivered a set of metallic aerodrome plates, and also the required special equipment to the Island. The constructed heliport includes five helipads and the necessary infrastructure: a command and control post, a weather station, a fueling center, a maintenance post and special lighting.

The new heliport will be able to receive all types of transport and combat helicopters operational in Russia’s Western Military District. The crews of army aviation of the Leningrad Air Force and Air Defense Army performed training landings and take-offs from the new heliport, the District’s press office said.

As the press office of the Western Military District told TASS, the military intends to use the heliport on a permanent basis.