The system, designated L-265M10-02, is a modernised version of the L-175VE Khibiny jammer installed on the Su-32/34 intermediate-range bomber. KNIRTI representatives explained to International Defence Review that the new jammer is more modular than the previous model. "In this newer variant, the centreline pod is optional and the aircraft can provide for its own self-protection with just the two wingtip pods."

However, the addition of a centreline pod can enable the host aircraft to serve as an escort jammer, working in accord with other systems built into the aircraft's tail 'stinger'.

I will have some time tommorow, I will translate it.

NEWS
16.05.2014 ADS 'Talisman' has been included in the passport for the operational trainer 'Yak-130' (ЯК-130). The Yak-130 will be fitted only with the latest modifications of ADS 'Talisman', providing and maintaining the aircraft protection against radar and electro-optical guided missiles. With the help of ADS, the aircraft will feature and realize the 'electronic stealth' mode.

It is interesting, that Talisman ECM pod also include MAWS sensors,what is big improvement for MiG-29 and Su-25.

Russia's new Richag-AV radar and sonar jamming system can be mounted on helicopters, ships and other military equipment to jam potential adversaries' weapons systems from distances of several hundred kilometers away; it has been hailed by developers as having no analogue anywhere in the world.

At a presentation for journalists in Kazan on Wednesday, Russian radio-electronics firm Radio-Electronic Technologies Concern (KRET) announced that it is handing over the first batch of a new helicopter-mounted electronic warfare system known as the 'Richag-AV' to the armed forces.

The Richag-AV system, mounted on the Mi-8MTPR1 (a variant of the Mi-8MTB5-1 helicopter) is said to have no global equivalent. Its electronic countermeasures system is designed to jam radar, sonar and other detection systems in the aims of defending aircraft, helicopters, drones, ground and naval forces against air-to-air and surface-to-air defense systems within a radius of several hundred kilometers. It can be mounted on units from any branch of the armed forces, including helicopters and airplanes, as well as ground and ship-based forces.

The Mi8-MTPR1-based Richag-AV platform, using multi-beam antenna arrays with DRFM technology, is designed to actively jam and thus 'blind' radar systems in order to defend against radio-electronic guided weapons systems. In a combat situation, the system would operate as part of an aviation shock attack group aimed at breaking through virtually any defense system, blinding everything up to and including the US MIM-104 'Patriot' anti-aircraft missile system.

Rossiyskaya Gazeta explained that in addition to working as a signal jamming system, Richag-AV is capable of carrying out radar-based intelligence gathering, which involves the finding of foreign sources of electromagnetic radiation. With an onboard database on different types of military installations, the system is capable of quickly determining the type of target, thus allowing it to jam it effectively.

Reporters in Kazan were informed that the Russian armed forces received three Mi-8MTPR-1 helicopters equipped with the Richag-Av on Wednesday, and will receive a total of 18 such systems by October 2016, at a total cost of 11.5 billion rubles ($186 million).

The system's predecessor, the 'Smalta' jamming system, was developed back in the 1970s, and featured a 100 km radius; in its own time the system was considered among the most effective in the world. Alongside the Richag-AV, the Russian military is presently being equipped with other electronic warfare systems, including the L-175B Hibini air and 1L269 Krasuha-2 and 1L267 Moskva-1 ground-based electronic warfare systems.

KRET is Russia's largest radio-electronic industrial holding; it was created in 2009. The company is involved in the development and production of radio-electronic equipment in the civil and military aviation sphere, as well as air-based radar systems, electronic warfare systems, and a variety of precision instrumentation.

And here is the RICHAG-AB and the VITEBSK:

New EW defense system with spec. "orders of magnitude" greater than domestic "Витебск" , at now integrated in almost all ground attack fixed and rotary wing Aircraft, is in development by КРЭТ.

Mindstorm wrote:
New EW defense system with spec. "orders of magnitude" greater than domestic "Витебск" , at now integrated in almost all ground attack fixed and rotary wing Aircraft, is in development by КРЭТ.

Now we know why Mi-28 has artificially maintained at such a state, devoid of devices like these.


System commonality with PAK-FA anyone?
magnumcromagnon

Mindstorm wrote:
New EW defense system with spec. "orders of magnitude" greater than domestic "Витебск" , at now integrated in almost all ground attack fixed and rotary wing Aircraft, is in development by КРЭТ.

I wonder if it's one of the early-model photonic based systems?
Berkut

lol no. PAK-FA will have Himalaya.

Wonder if the Mi-26T2 prototype is now fitted with Vitebsk? 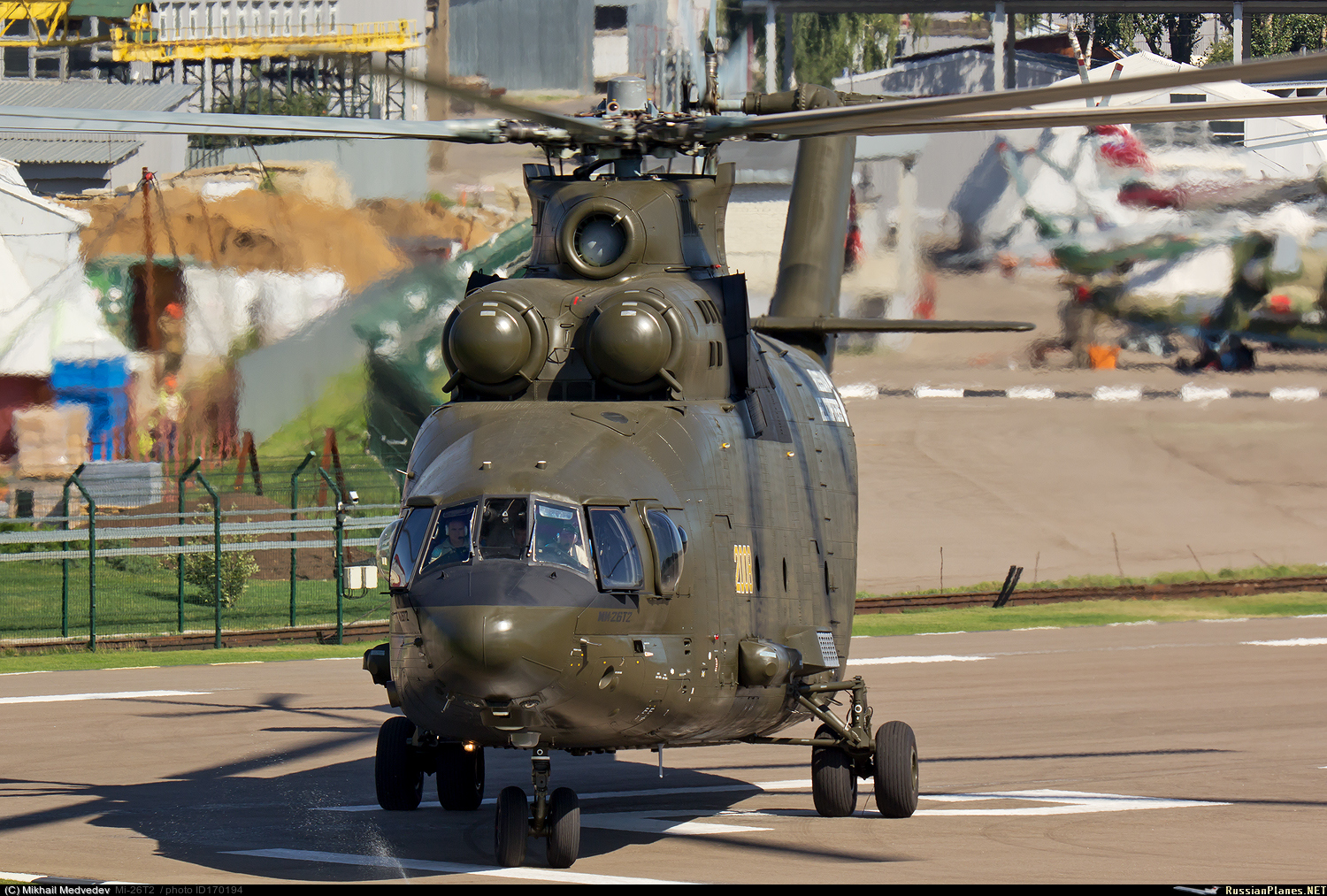 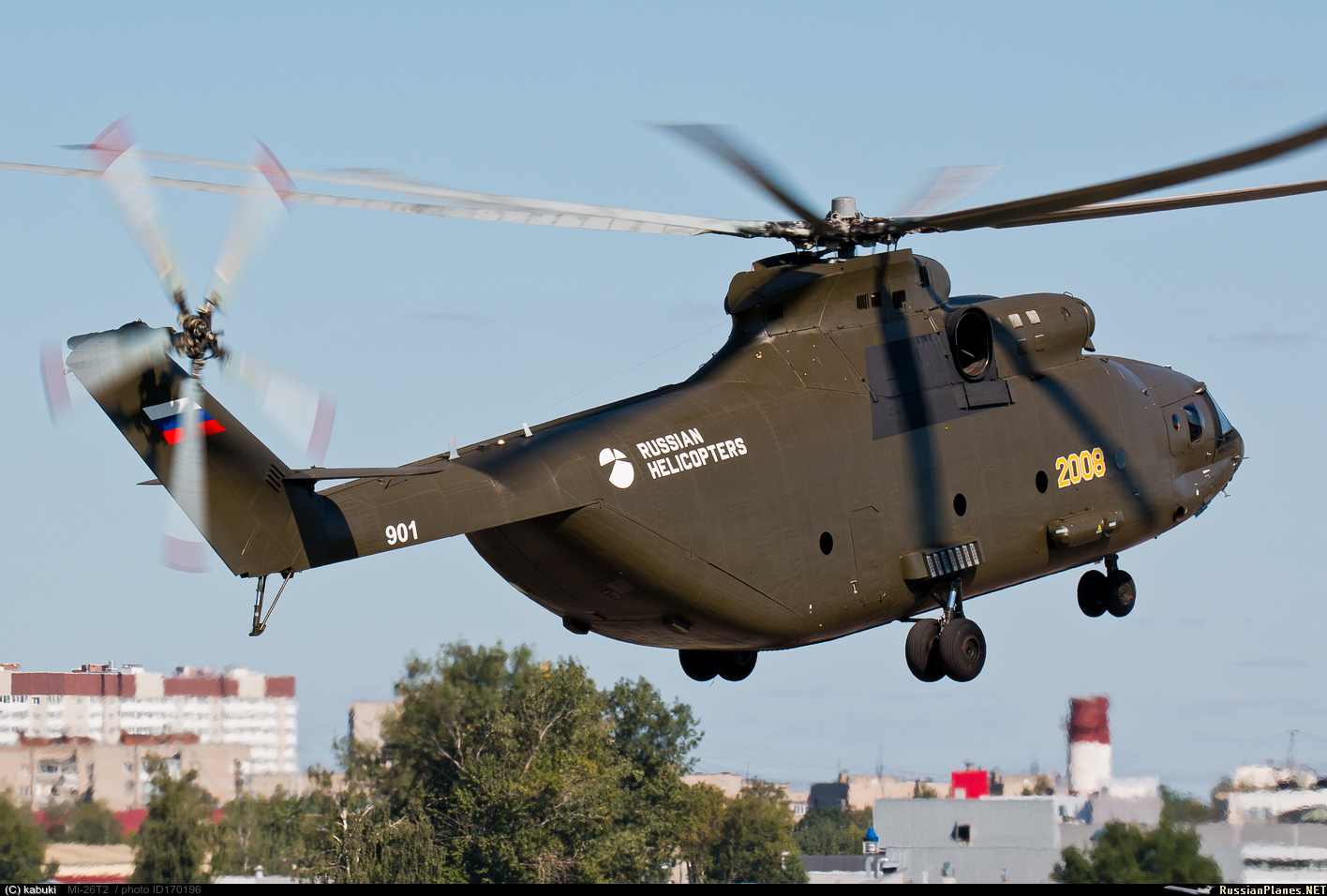 lol no. PAK-FA will have Himalaya.

No shit, I mean the laser suppression system.

December 25th. / TASS /. Concern "Radio-electronic technology" (KRET, is a state corporation "Rostec") passed the first batch of Russian military transport aircraft adapted for complex electronic warfare (EW), a family of "Vitebsk". This was announced by First Deputy General Director Igor Nasenkov concern.
"The new modification" Vitebsk ", which is just beginning to enter the army, will be installed on board aircraft and helicopters transport aircraft," - said Nasenkov.
He noted that it is planned to equip the system was already in service with the air and space forces of Russia IL-76, IL-78, AN-72, AN-124, as well as advanced transport aircraft Il-112V. In addition, the complex EW installed on board transport helicopters Mi-8 and Mi-26.
"This program will allow in the short term to significantly increase the combat stability of transport aircraft videoconferencing Russia", - added Nasenkov.
Complex "Vitebsk" is already equipped with attack helicopters Ka-52, Mi-28, Su-25, the transport-combat helicopters Mi-8 MTV and Mi-8AMTSh. It is designed to protect aircraft from antiaircraft missiles with infrared, radar or a combination of homing. This system allows you to track the launch of a radius of several hundred kilometers from the aircraft and "take away" from the target missile.

Russia to upgrade helicopter protection system based on Syrian experience

The helicopter protection system Vitebsk will be upgraded by 2018

MOSCOW, March 29. /TASS/. The helicopter protection system Vitebsk will be upgraded by next year on the basis of its performance in Syria, the Russian Defense Ministry said on Wednesday.

"The Defense Ministry has made a decision to further upgrade the army aviation’s protection system Vitebsk. The counter-terrorist campaign in Syria has allowed for accumulating the necessary experience of using this onboard protection system in real action. A decision has been made in favor of a profound upgrade of the Vitebsk system to make it capable of protecting helicopters from any current or future anti-aircraft systems of foreign manufacture," the Defense Ministry said.

Research and development will be completed by 2018. The upgraded system will begin to be installed on army helicopters after government certification tests.

"The Vitebsk system has vast room for improvement. It will be upgraded, its range of frequencies expanded and range enhanced to guarantee better protection for all aircraft from guided missiles and shoulder-launched rockets," he said.

Hello
sorry if I cannot post the full url since I'm a new member and it's not authorized, but I'll try to separate them:
Can any russian speaker help me to sort this; Here ( sputniknews dot com, sub page /military/201705131053579633-russia-electronic-warfare-systems-production/) it is said:
"The Khibiny is a small torpedo-shaped container which is mounted on the wingtips of aircraft and increases the survival rate of the planes by 25-30 percent."

But here ( deagel dot com, sub page /Protection-Systems/Khibiny_a002981001.aspx ) it is said:
"According to KRET corporation the Khibiny increases the aircraft's survivability by 25-30 times."

Which one is true? My guess is it would be the manufacturer webpage in russian but my knowledge of russian is very primitive for the moment.

Actually, now that I think about it a little I remember a mention of a new version of a jamming version of the Tu-22M3 that was tested in the Mid-1990s but failed in competition with a much larger system based on the Il-76. Apparently the larger aircraft and the extra engines allowed more power takeoff for the jammers, making them much more powerful and longer ranged. 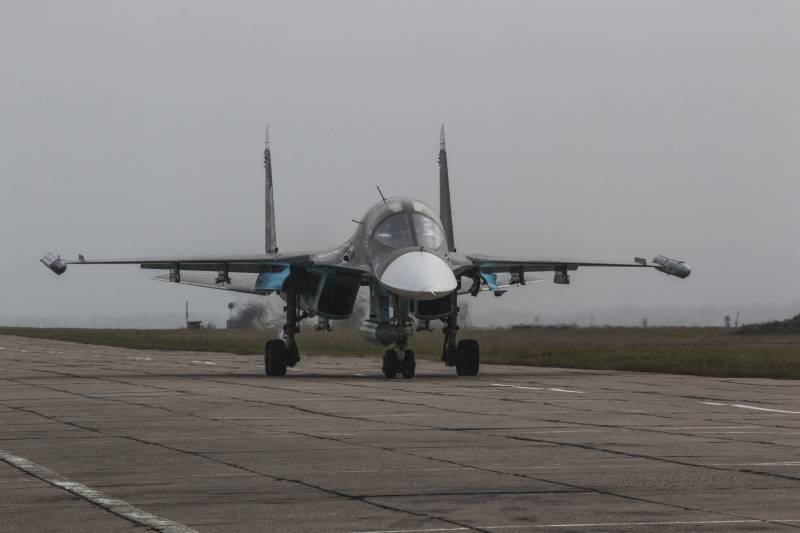 "The development has prospects for introducing combat aviation equipment into navigation systems, "he said in an interview with the official newspaper of the Russian defense Ministry, Krasnaya Zvezda.

At the moment, the antenna array is installed on drones.

"The device neutralizes the impact of enemy electronic warfare equipment on the navigation equipment of an unmanned aerial vehicle due to the adaptive properties of the receiving antenna," the major General noted.

"Will create an electronic shield around fighters": in Asia, Soviet-made aircraft are equipped with a Talisman defense complex
Today, 04: 38

The countries of Southeast Asia are equipping their combat aircraft with new means of defense, trying to strengthen the protection of outdated Soviet-built machines.

In particular, an Indonesian Su-27 fighter, on which the Talisman airborne defense system was installed, was caught in the photo lens. This BKO is produced in Belarus by the Defense Initiatives enterprise. It is designed to counter threats posed by various types of missiles - both airborne and ground-based, including MANPADS. BKO has two modes of operation - "electronic stealth" and "false target".


This product provides protection for aircraft in the vicinity that are not equipped with such electronic warfare systems [...] Test and test results are very satisfactory

- noted in the Indonesian edition of EGI Inovasi.

The Vietnamese Air Force did not stand aside from the novelties of the Belarusian defense industry. "Talisman" was installed on the Su-22M4 fighter-bomber.

- indicated in the publication. 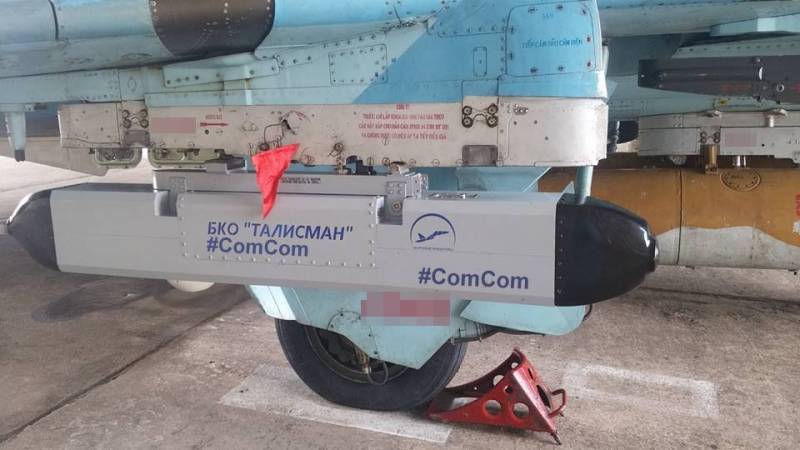 As explained, the Vietnamese Air Force has 36 modernized Su-22 aircraft, which have undergone a series of improvements in Russia, Ukraine and Belarus. As a result, they were able to effectively use the R-13, R-60 and R-73 air-to-air missiles.