Researchers did extensive Freedom of Information Act requests and found that the Pentagon and CIA have helped support, influence, and edit hundreds of top Hollywood movies and thousands of TV shows.

US soldiers and spies heavily edit and rewrite scripts 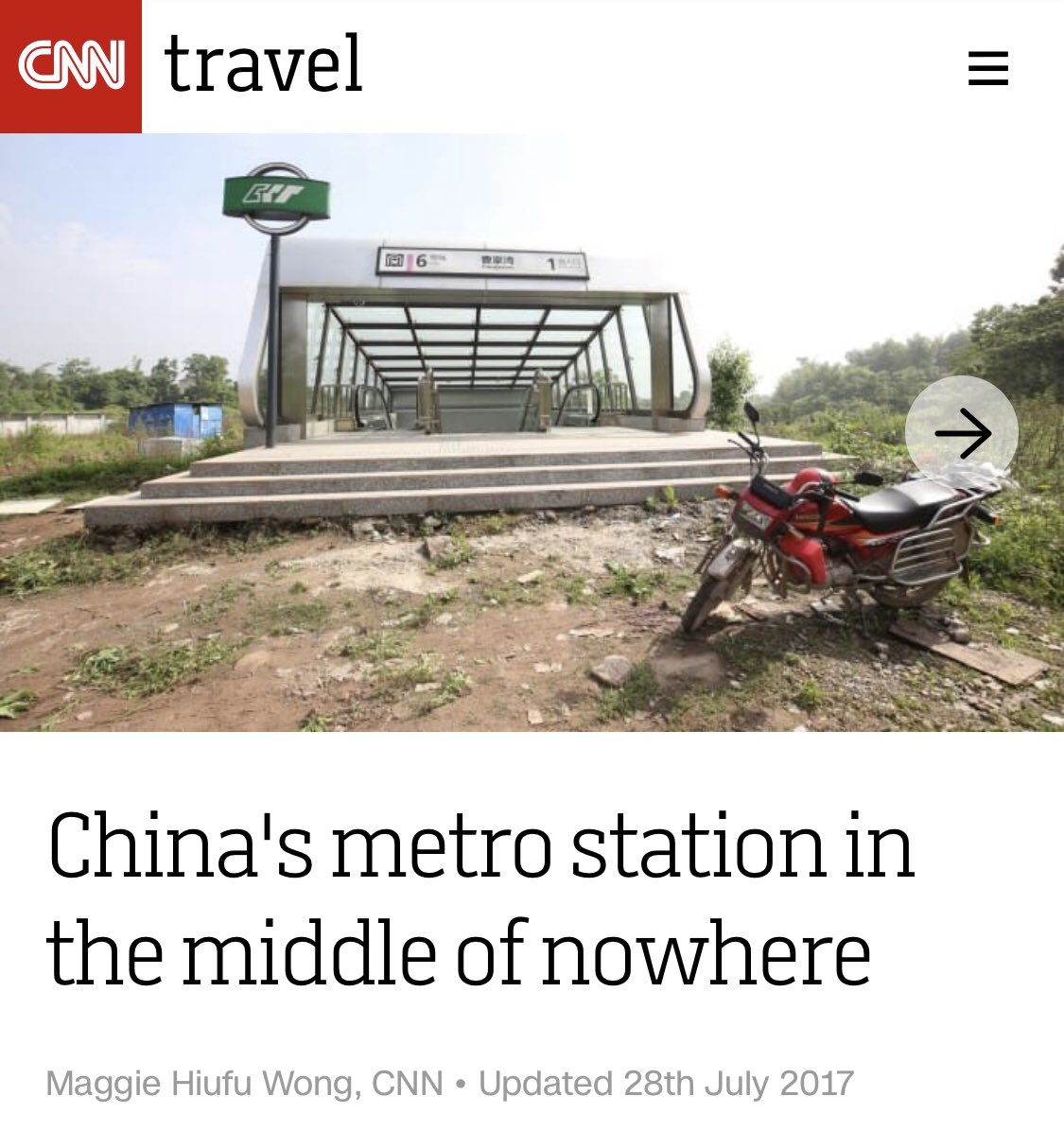 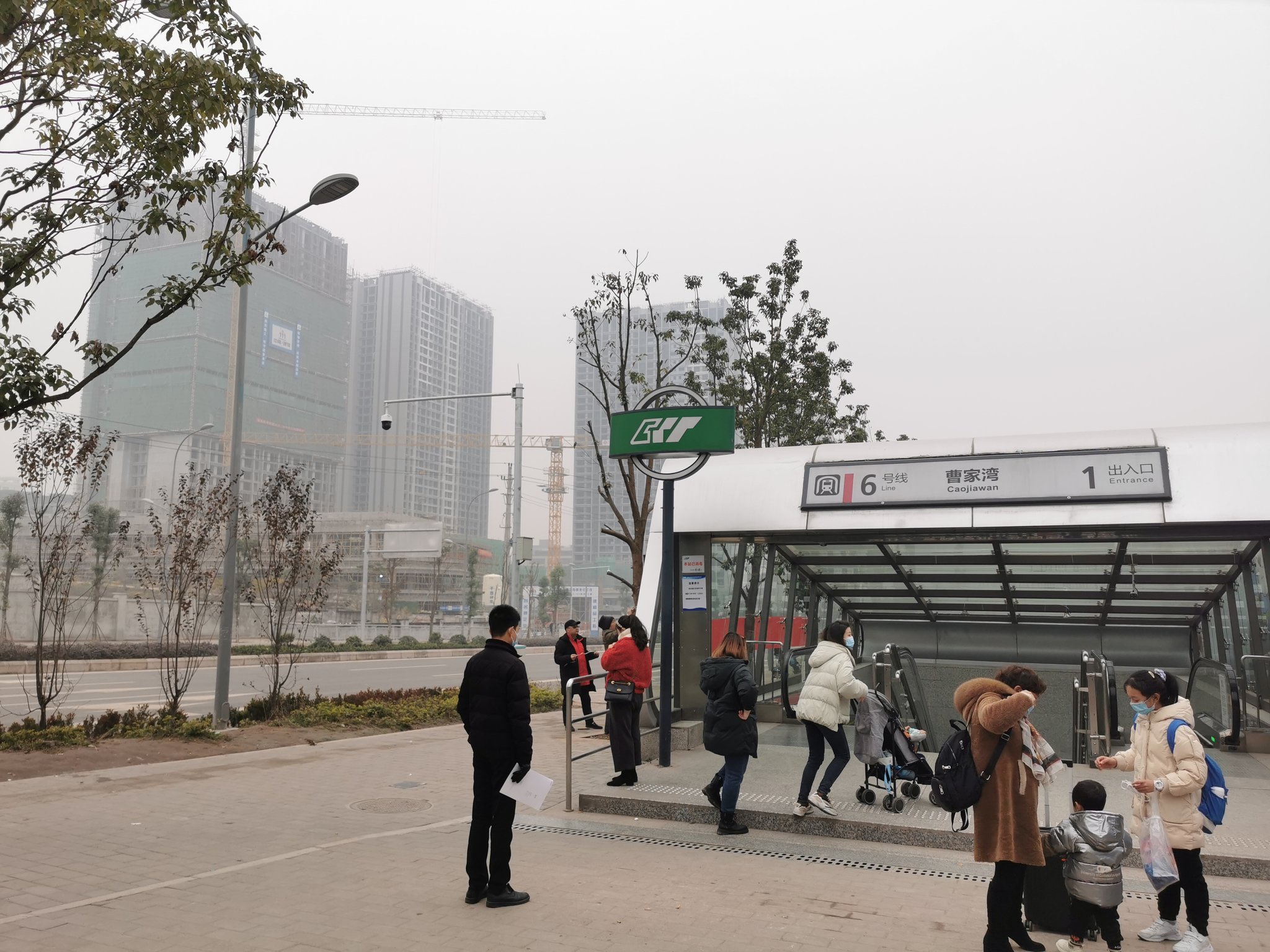 CNN-tards probably do not know what subways are. It is actually quite rational to install a station "in the middle of nowhere"
(here clearly in an urban area,

This is called city planning. Something the typical CNN watcher never heard of.
GarryB

The cities China is building are probably rather impressive.... most western cities evolved over time and as they grew their infrastructure would eventually fail and need to be upgraded and modified over time and likely would become a patchwork of a rather messy nature.

These Chinese cities are planned from the start to be big so the infrastructure should be rather good and assuming they got their calculations right they should end up being rather nice comfortable places to live and work...

Once they reach capacity then you build another city for the overspill...

They would be fascinating for town planners to examine and research... but of course western researchers will have a chip on their shoulder and will have their own doctrine or spin they will put on everything...

On an episode of Top Gear a few years ago they were in China... being dicks as usual, but in one place there was an 8 lane highway where they were racing... it was empty of course and the suggestion was that it was a ghost city like places in Europe that were built when there was money but the money dried up and so it was never finished and so nobody went to live there and they remained empty.

Of course as this example shows there are plenty of people in China that need new housing so those 8 lane highways are probably rather busy.

The "ghost" anything stories about China are delusional nonsense. There are still large scale command economy principles in operation.
So people will be allocated to these "ghost" cities sooner rather than later. A one million city in China is like smallish town in North America.
There is never enough residential space.

One of the two Russian pilots held prisoner by militants in Libya is going to sue Pompeo over claims by the State Department
that they were Wagner mercenaries.

Note how yanqui blowhards are such total bloody hypocrites. We had the yanqui Black Water (now Academy) being used
in Iraq and killing civilians but Russia is bad for supposedly having Wagner. Instead of actually pointing out Wagner's "wrong doing"
it is the alleged existence of Wagner that is enough to "prove" Russia is evil.

These scumbags also have the chutzpah to bitch about Wagner in Libya. Recall that Libya was fucked up by NATzO.
Like in Iraq, the death of hundreds of thousands of civilians and the impoverishment of the ones that survive is not
any sort of war crime when NATzO hyenas do it. But any country that resists NATzO's attempt to rule the world is
"bad, bad, bad". The same demented chutzpah applies in the case of Venezuela where America tried to use mercenaries
to stage a coup and got exposed. According to Mike "Pompous Ass" Pompeo Russia was doing that in Libya instead
of helping democracy. What democracy? Daesh style militants and Haftar? As if Venezuela is some hell hole that
needs to be regime changed but Libya is a paragon of democracy. This is the sort of real-time revisionist BS that
the State Department ladles out to NATzO sheeple.

Unlike in Venezuela where there was ample proof that it was US subversion irregulars involved including confessions, the
two Russians released from captivity in Libya thanks to the diplomatic efforts of several countries never confessed any
"crimes". Pompeo's BS would have it that two Russian "agents" were going to bring Libyan "democracy" down.

Americans and their NATzO lickspittles really should get off the crack. Your phony sanctimony may work on chauvinist
idiots like yourselves who are too blind to grasp reality due to exceptionalism-tardia, but most humans with functional brains
will cringe at your drivel if they bother to pay attention to it.

Americans love idiotic parading of their military hardware for PR. These are not parades during special days. These
are imbecilic photo-ops for the fake stream media to fawn over. There was one such event in Alaska with F-35s and
some other jets. Similar BS can be seen in the carrier group flotillas where the density of ships is stage managed for
photo-ops and not from military considerations.

In the real world, military airfields will be taken out at the beginning of any major war. So jets will have to be dispersed
and use roads and secondary airfields. Distribution density is also critical for carrier groups.

Before and after for an amoeba parading as a propagandist

In other news, I didn't realize the head of InHuman Rights Watch is now a medical expert with no medical training, giving public medical advice....isn't that illegal?

magnumcromagnon wrote:In other news, I didn't realize the head of InHuman Rights Watch is now a medical expert with no medical training, giving public medical advice....isn't that illegal?

These social media comments should be archived and brought up the next time HRW bitches about something in Russia. If its
head is so obviously biased, then the rest of the outfit cannot claim objectivity.

But HRW is just another western mutt yapping as the Russian caravan moves along. Impotent haters trying to bring Russia down
with hate. As I have noted numerous times, these clowns are only preaching to the choir. Russians can see their hate for
Russia and do not take their drivel seriously. 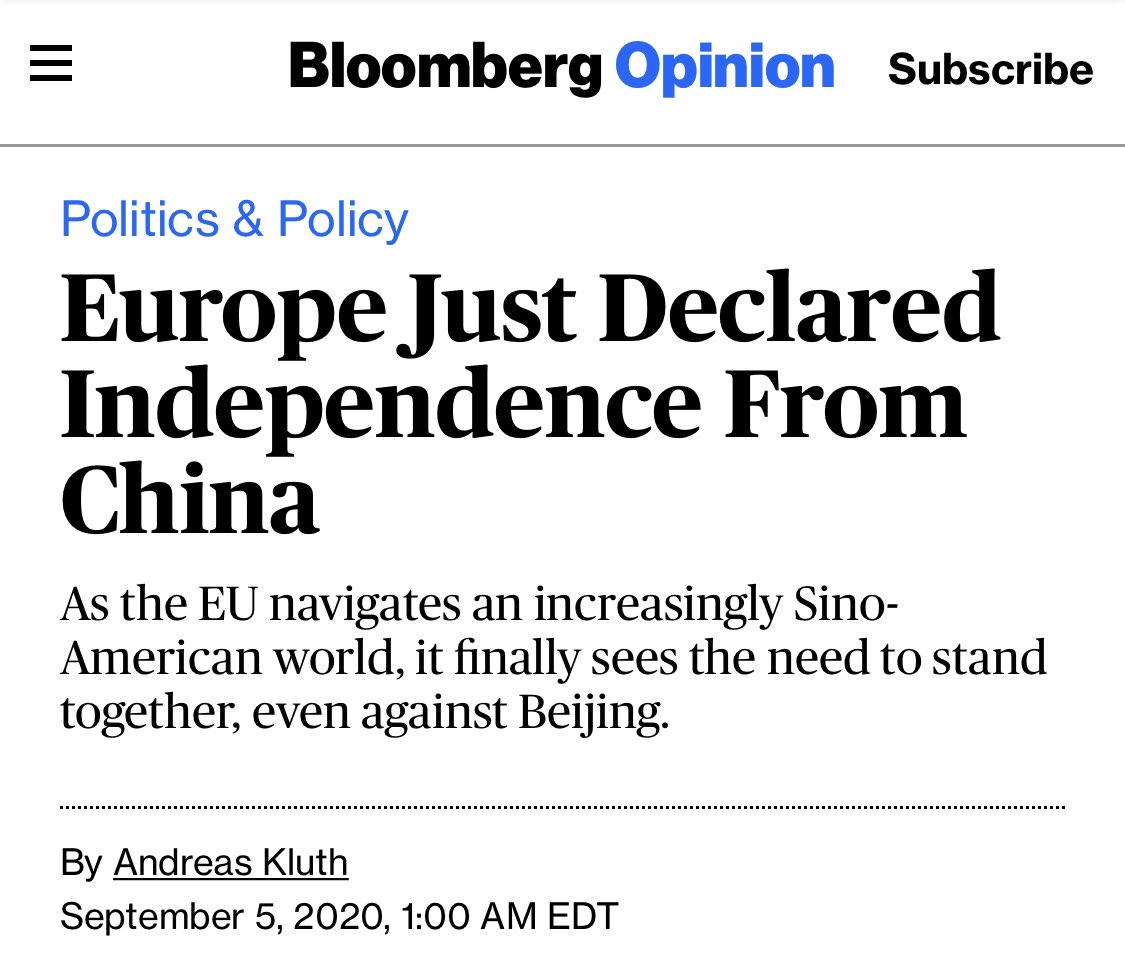 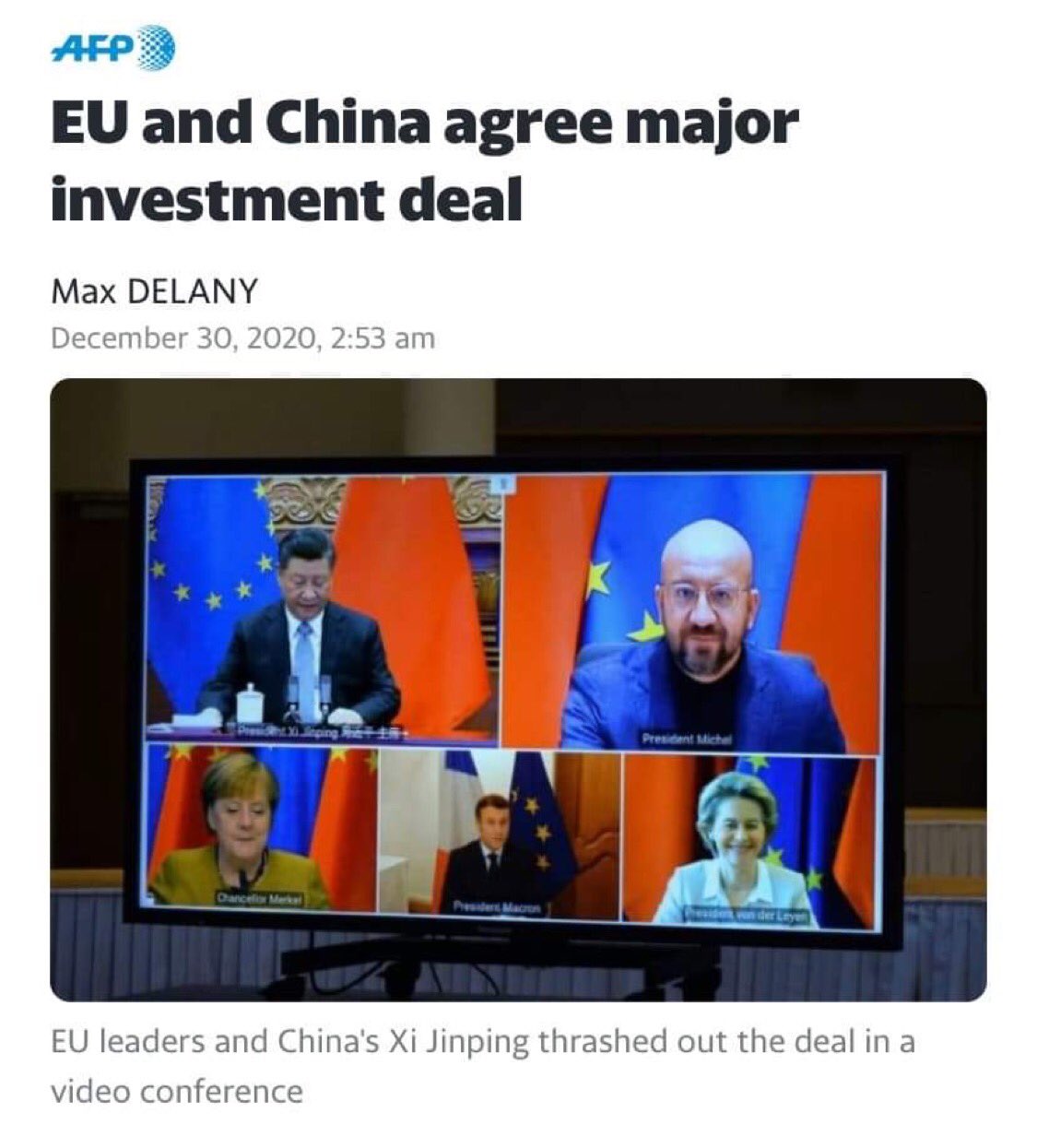 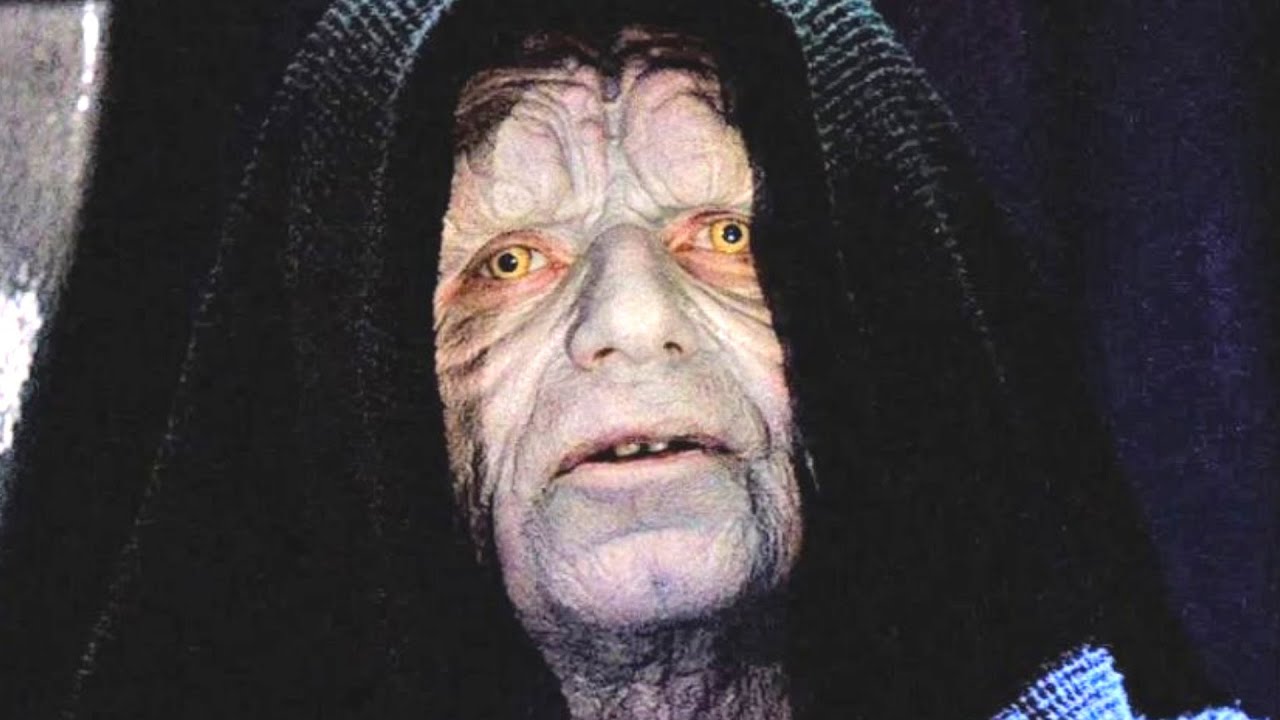 There is a pathological degree of wishful thinking, projection and outright denial of reality in the western fake stream media
and its fellow travelers (e.g. Moscow Slimes). Recall the 2003 piece in The Atlantic which was already out of date predicting
the economic implosion of Russia. These hate propagandists don't even try to make good propaganda. They just spew
whatever is most pleasing to the ears of their bosses and themselves.

Karl Rove should be designated their intellectual guru. Another example of the isomorphism between NATzO deciders and
the Nazis. His drivel was basically Triumph des Willens. At least the Nazis were more grounded and did not live in
cloud kookoo land like the NATzO elites.

Classic Orwellian Double Think: Look at the snake-oil sales pitch from Mr. PompousAss, then look at the image he uploaded.

America is a force for good – an exceptional nation like none other in history. First country ever to recognize that every human being has God-given rights. Truly a shining city on a hill. 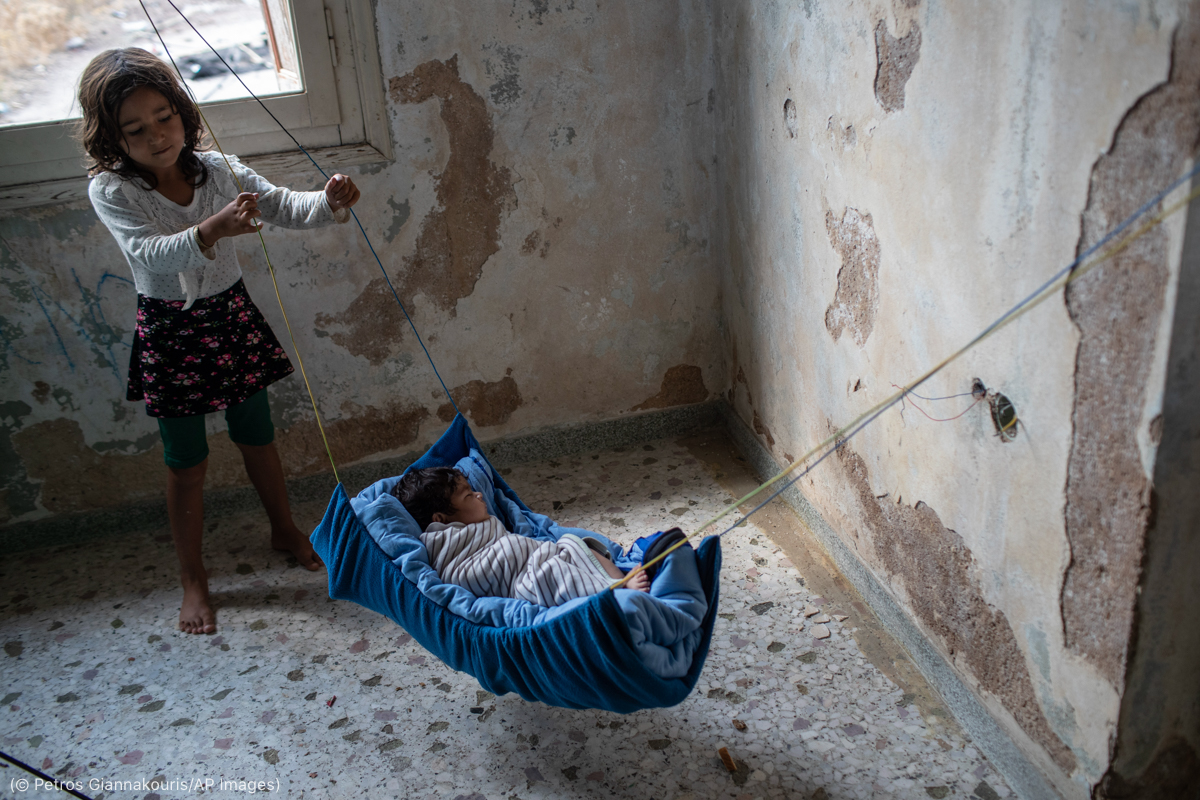 The HBO "Chernobyl" "docu-drama" is pure and unmitigated anti-nuclear and anti-Soviet propaganda.

Interesting suggestion that Soviet reactor designs are not safe... considering it only failed when most of its control rods had been removed for experimental purposes...

Western reactors in comparison are super safe like 3 mile island and Fukushima...

The "experiments" at Chernobyl were clearly not being carried out by informed people. Either there was a criminal conspiracy or
criminal negligence. Such tests need to be carried out in small test reactors with specialized counter-measure capability. Doing
them in a production reactor is not justified in any way.

I know hind sight is 20/20. But the designers of the RBMK would know what operational states it had. It was not a matter of
lack of understanding of the physics and the behaviour of the reactor. Western analysts keep harping on and on about the
RBMK reactors having positive void coefficients. As if the Soviet designers had no understanding of this. So removing the
fuel rods too much and then ramming them back in a panic which aggravated the crisis is not something that should have
been allowed. The fact that the clowns doing their "experiment" disabled safety systems underscores the criminality involved.

More on the same topic but with slightly better focus on the way that BS is swallowed by credulous viewers. So some
fantasy fiction about Chernobyl that makes ludicrously exaggerated claims of the danger is taken as serious and profound.

Note that the old guy being interviewed making the 5 megaton explosion claim is an Ukr. I am thinking that Ukrs are
not mentally developed enough to handle advanced technology. So Chernobyl was the direct result of Ukr morons
playing with fire. It may be a miracle that the existing power plants in Ukraine have not experience meltdowns. But
they are built so well that they are operating autonomously with some chimps following a simple pattern in the control
room. As long as the chimps don't press the wrong buttons everything is OK. But when old age related failures start
to happen it will be game over. For context consider what happened at the new Westinghouse reactor in China. Such
failures would be terminal in Ukraine.

Before some pinhead accuses me of being a Russian bigot, I am half Ukr myself. And I am ashamed of the behaviour
of Ukrs including my family members.

Recall all the stink about some Czech demonstrator shot accidentally during the 1968 "Prague Spring" "suppression".
There is no occupying army in Washington DC.

No, it is not alright for DC cops to murder protestors.

The 'yolk' of democracy! 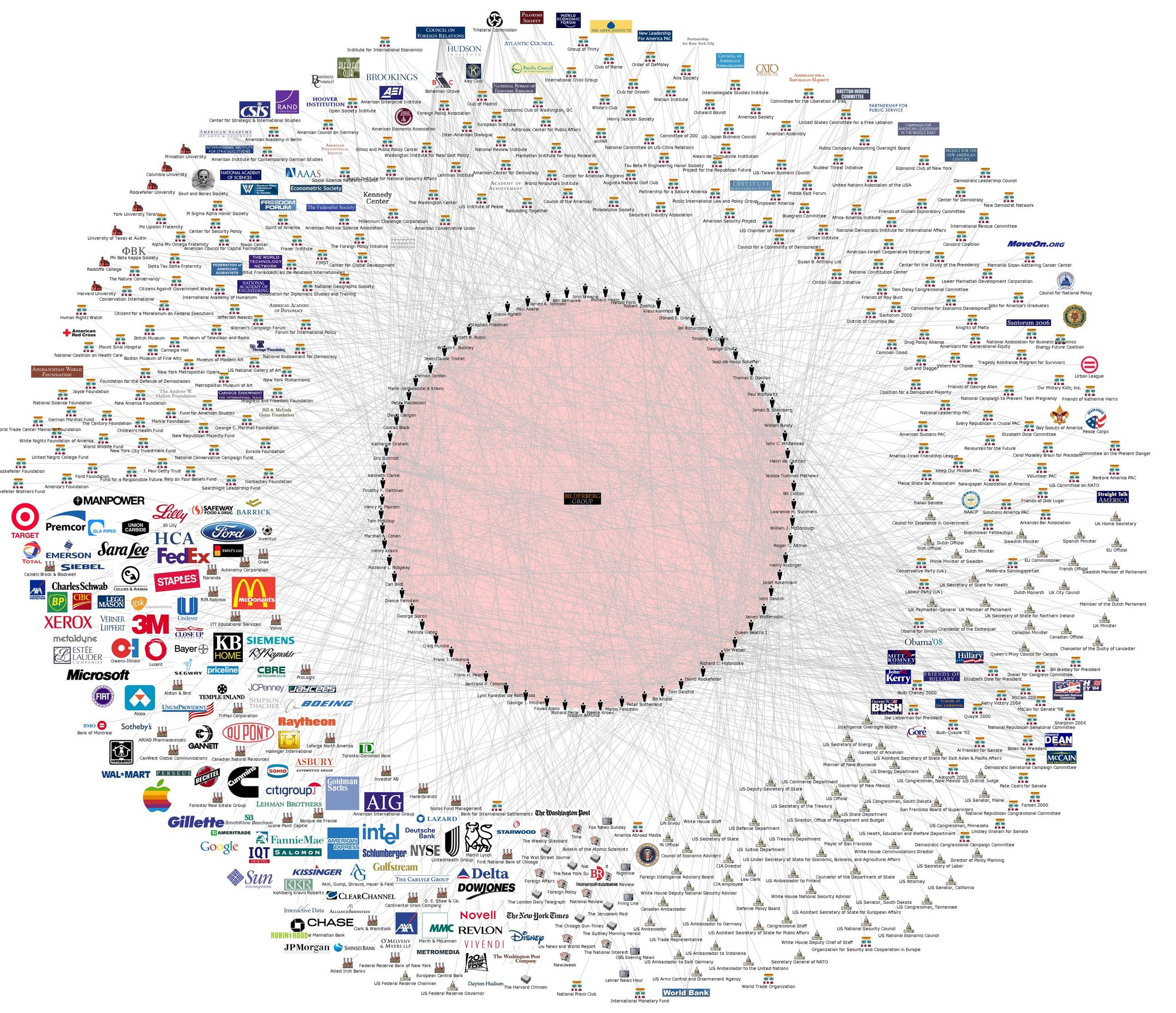 The absurd thing is how people in the west think that they live in some sort of godly systems which are immune to
the routine rot of hierarchy demonstrated throughout history everywhere on the planet.

Where are those checks and balances in the USA, eh? Clearly they have no meaning whatsoever.