Missile corvette "Gremyashchy" began the inter-fleet transition from the Baltic to the Pacific Fleet.

Kalibr-NK cruise missile carrier Gremyashchy missile corvette of Project 20385 makes an inter-fleet transition from the Baltic to the Pacific Fleet Russian Navy. This was reported to TASS by a source in the military-industrial complex.

"The Gremyashchy corvette is currently heading to the Mediterranean Sea as part of a group of ships. Then it will pass through the Suez Canal in the direction of the Asia-Pacific region. Its arrival in the Pacific Fleet is expected in November" – he said.

TASS has no official confirmation of this information. 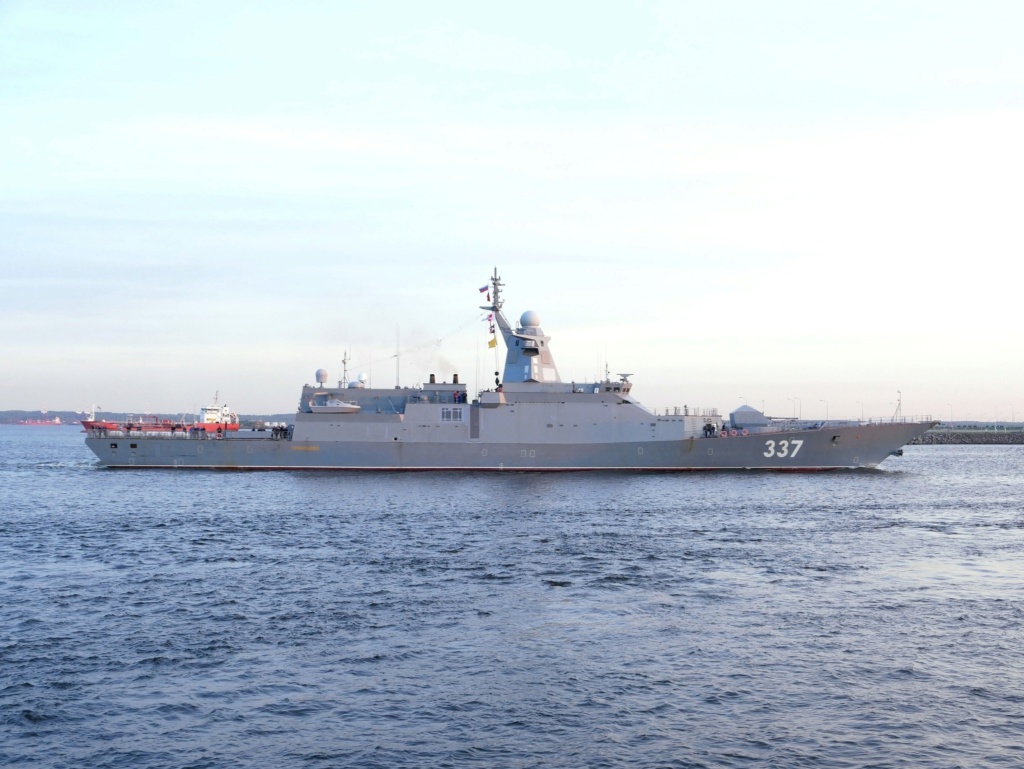 Corvettes Grozny and Buyny laid down at the Amur shipyard 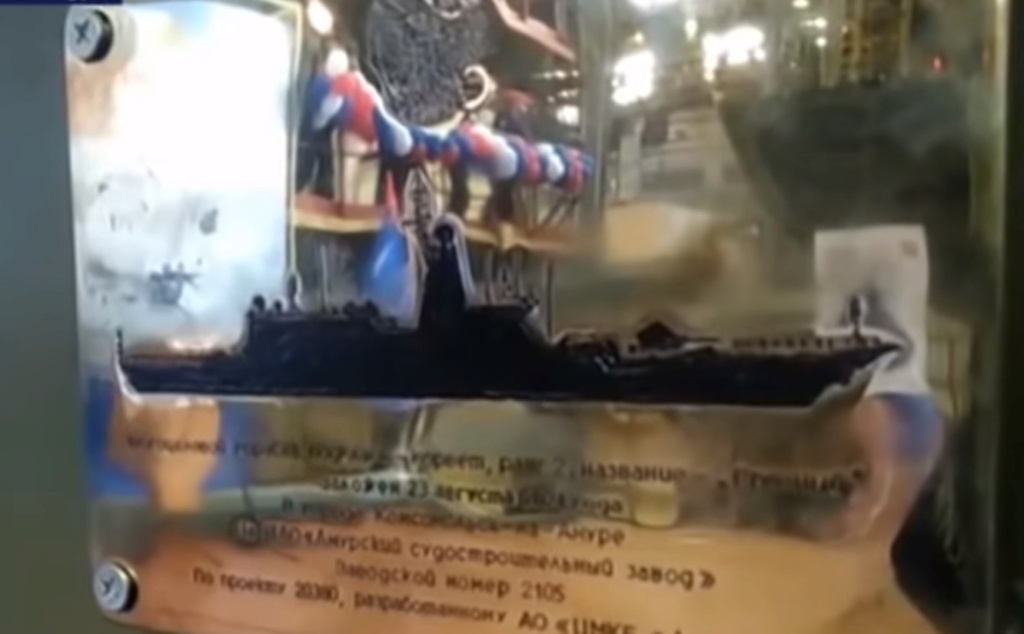 The event was held as part of the ceremony of laying down warships for the Navy at the leading shipyards of Russia in the mode of videoconference with the President of the Russian Federation Vladimir Putin. From the Patriot park near Moscow, the head of state watched the laying of the strategic nuclear-powered missile submarines Dmitry Donskoy and Prince Potemkin of project 09552 (project 955A) at the Industrial Association Northern Machine-Building Enterprise in Severodvinsk, large diesel-electric submarines boats "Mozhaisk" and "Yakutsk" of project 06363 at JSC "Admirate shipyards" in St. Petersburg, as well as corvettes "Grozny" of project 20380 and"Buyny" project 20385 at the JSC "Amur shipbuilding plant" in Komsomolsk-on-Amur.

To date, ASZ has carried out the construction of four corvettes of project 20380 for the Pacific Fleet under previous contracts.The contract for the construction of the first two Pacific corvettes of project 20380 with serial numbers 2101 and 2102 was signed by ASZ with the Russian Ministry of Defense back on January 26, 2006. The head corvette of the project 20380 "Perfect" (serial number 2101) for the ASZ was laid down at the enterprise on June 30, 2006, but turned into a long-term construction and as a result was removed from the plant's slipway to the Zeya launching and transport floating dock only on May 22, 2015. Corvette "Perfect" began factory sea trials on January 30, 2017 and was transferred to the Russian Navy in Vladivostok on July 20, 2017. The second corvette "Loud" (serial number 2102) was laid down at the ASZ only on April 20, 2012, from the shipyard of the plant to the floating dock "Zeya" on July 28, 2017 and was handed over to the Russian Navy in Vladivostok on December 25, 2018.

On June 4, 2015, ASZ signed a contract for the construction of the third and fourth corvettes for the plant of project 20380 with serial numbers 2103 and 2104, the deadline was 2020. The laying ceremony for the Pacific Fleet of the corvette "Hero of the Russian Federation Aldar Tsydenzhapov" of project 20380 (serial number 2103) took place at the NPP on July 22, 2015, on September 12, 2019, a ceremony was held for the withdrawal of this corvette from the shipyard to the Zeya floating dock , and 21 October 2019, the ship was physicallylaunched from a floating dock. On May 25, 2020, the corvette "Hero of the Russian Federation Aldar Tsydenzhapov" was brought into the floating dock "Zeya " for transportation to the delivery base of the ASZ in Vladivostok. The corvette at the dock was launched by towing to Vladivostok on June 3, 2020 and arrived there on June 16. On September 30, 2020, the corvette first left Vladivostok for factory sea trials. The ceremony of raising the naval flag on the corvette "Hero of the Russian Federation Aldar Tsydenzhapov" took place in Vladivostok on December 25, 2020. On July 1, 2016, a ceremony was held in Komsomolsk-on-Amur at the NPP

bookmarks for the Russian Navy of the second corvette Rezkiy under this contract (serial number 2104), which on July 1, 2021, was brought out of the boathouse to the floating dock Zeya , and then launched in July. The dispatch of the "Rezkiy" in the floating dock "Zeya " to the delivery base of the NEA in Vladivostok is scheduled for October 1. It was announced that the ship is planned to be handed over to the Russian Navy at the end of 2021. However, at the ceremony of withdrawing the corvette from the boathouse, Rear Admiral Yevgeny Sirota literally stated that " in 2022 we will raise the flag on the Corvette Sharp, and it will become part of the Pacific Fleet."

The Buyny corvette (serial number 2107), now laid down at the ASZ, has become the third ship of the project 20385 in total. the construction of corvettes for the Russian Navy was supposed to be carried out according to the revised project 20385. The state contract for the construction of the first two corvettes of the project 20385 was issued by the Russian Ministry of Defense of the Severnaya Verf on March 27, 2006. The lead ship of project 20385 "Thundering" (serial number 1005) was laid down at Severnaya Verf on February 1, 2012, removed from the shipyard on June 16, 2017, launched to the water on June 30, 2017, began factory sea trials on April 21, 2019, and was commissioned by the Russian Navy only on December 29, 2020, with enrollment in the Pacific Fleet. In August 2021, the "Thundering" corvette entered the transition to the Pacific Fleet.

The second corvette of Project 20385 "Provorny" (serial number 1006) was laid down at Severnaya Verf on July 25, 2013, and in September 2019 it was technically launched. Both project 20385 corvettes are intended for the Pacific Fleet.

According to an additional contract concluded with the Ministry of Defense in 2011, it was planned to build eight more corvettes of the 20385 project at Severnaya Verf by 2020, however, the wide use of imported components on this project, including the German main diesel engines MTU, which fell after 2014 under the sanctions restrictions. led to the fact that the series of project 20385 at Severnaya Verf was limited to only two ships laid down under the 2006 contract.

The construction of both laid corvettes at the Severnaya Verf of Project 20385 was greatly delayed due to the non-delivery of the main MTU diesel engines for them. On January 30, 2015, the Russian Ministry of Defense signed an additional agreement with Severnaya Verf for the completion of both project 20385 corvettes with Russian-made diesel engines - diesel units 1DDA-12000 manufactured by Kolomensky Zavod JSC, installed on the corvettes of project 20380. Each corvette received two diesel units, one unit 1DDA-12000 includes two main marine engines 16D49 with a capacity of 6000 hp. produced by the Kolomna plant and reverse gear transmission РРД 12000, manufactured by JSC "Zvezda".

in however, eventually it was decided to renew both the construction of a series of corvettes project 20385, but in the version with Russian engines, resulting in December 2020 was signed the above contract with the ASP to build four corvettes project 20385. Who is the main difference of the project 20385 from 20380 is the equipment of the project 20385 atniversal shipborne firing complex 3S14 (UKSK), allowing the use of missiles of the "Caliber" family, including anti-submarine series 91R. As can be judged, it is precisely in view of the presence of an anti-submarine missile system that all corvettes of project 20385 (two buildings of the Severnaya Verf and four ordered NEAs) are apparently supposed to be concentrated as part of the 114th brigade of ships protecting the water area of ​​the Kamchatka flotilla of diverse forces of the Pacific Fleet, the main task of which is ensuring the deployment of strategic nuclear submarine missile cruisers based on Kamchatka (Vilyuchinsk). (c) Press service of the President of the Russian Federation Video:


The missile corvette of the project 20380 "Zealous", which is being built at the "Severnaya Verf", will enter the factory sea trials in November. The general director of the enterprise Igor Orlov told TASS about it.

Here's a couple of pics of the Zaslon test stand, apparently in place in Lake Ladoga since 2017 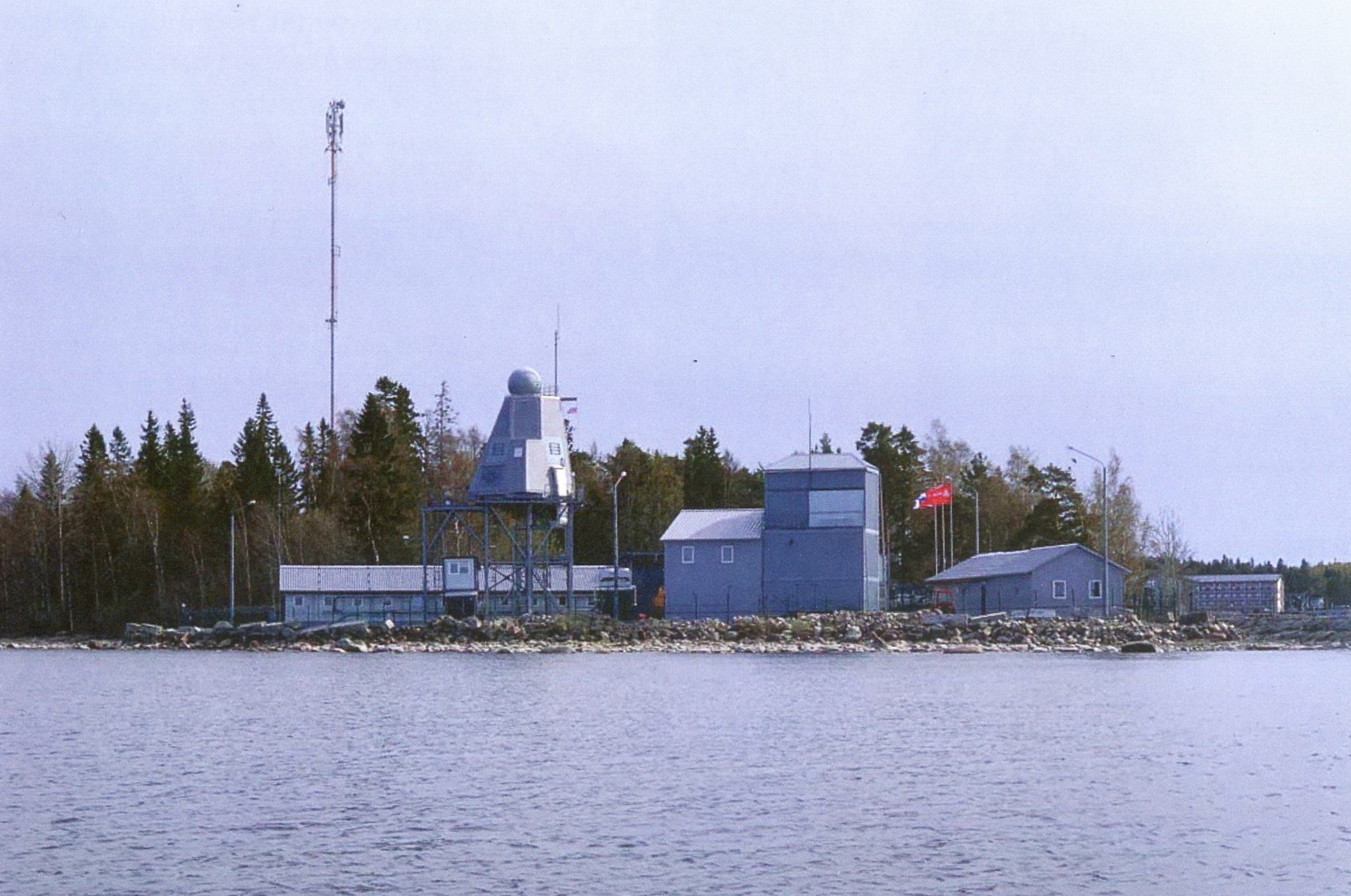 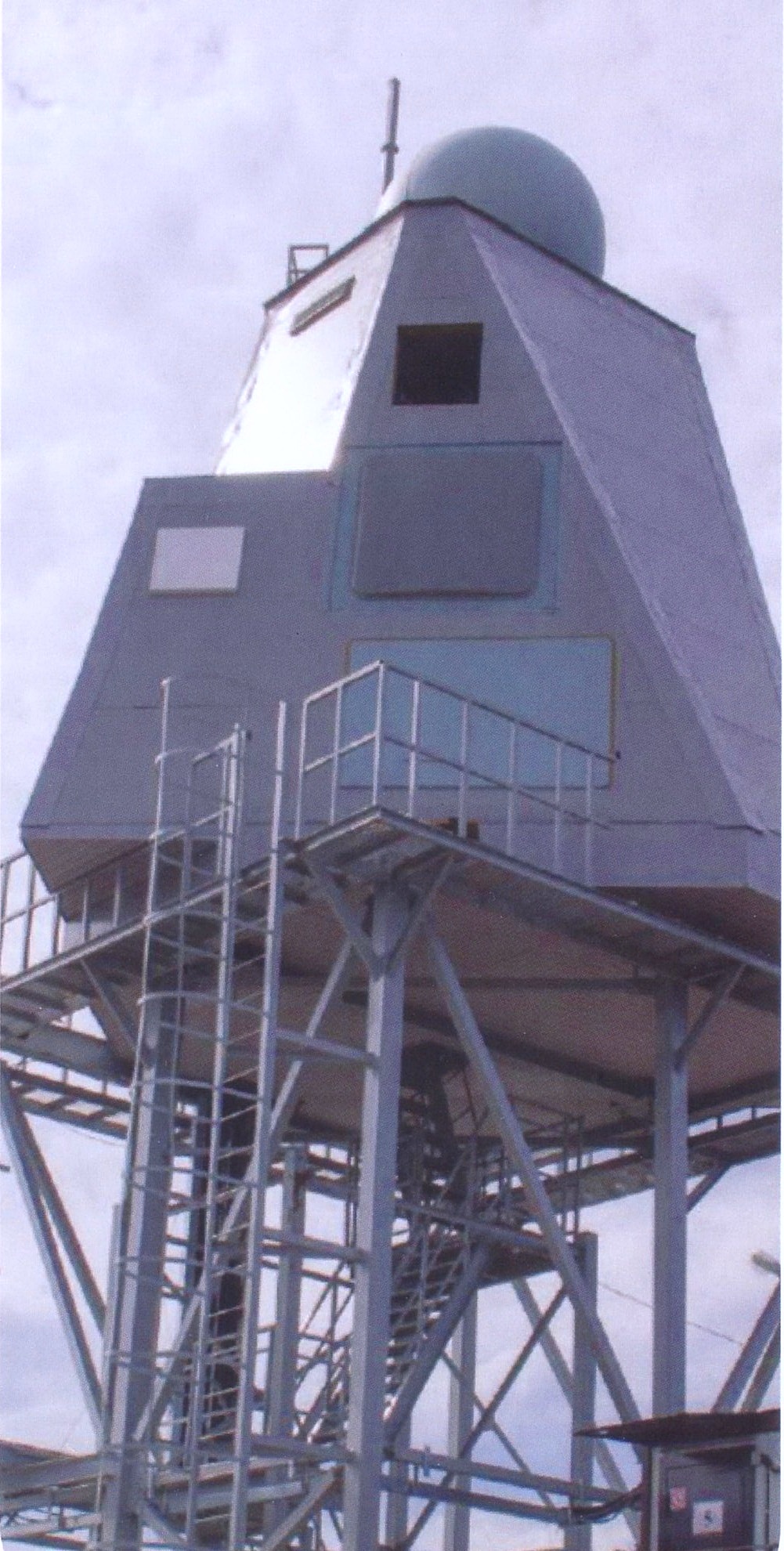