Advanced Technologies in US Military applications-projects

The US railgun projects have fizzled out with little fanfare. There is no renewal of funding for the next fiscal year. A while back
there was lots of hype how projectiles were accelerated to Mach 6 and how these guns would be equipped on the Zumwalt, etc.
The question is whether these claims were nothing more than propaganda BS. Any country can set up a rail gun demonstrator
and accelerate a projectile to Mach 6 and even faster. The problem is the practicality of these guns and what is needed are
working prototypes nearly ready for deployment.

I think there is something fishy with these wunderwaffen. A warhead can be accelerated to Mach 10 by the Kinzhal anti-ship
missile. It uses a certain mass of chemical fuel that is used mostly to carry itself and not just the warhead thanks to gravity. A
rail gun does not need the extra energy to fight gravity. So how is it that a whole power plant is needed to operate a rail
gun sized for a ship and shooting projectiles much smaller than the Kinzhal warhead? Supposedly even a carrier would not
easily accommodate such a powerplant. The issue is energy delivered per shot and not total lifetime of gun energy expenditure.
Things don't add up.

So they spent a half billion just for a prototype

They could better modify those hypervelocity projectile to launch it from the 127mm powder guns . It will be with a lower speeds than railgun but at least a development to something practical and ready for service on their dicks .
GarryB

The large calibre meant the gun fired a missile which was impressive on paper and was taken into combat multiple times but never achieved a kill or that many successful launches.

The only other round it could fire was a big heavy very low velocity HE shell similar to a demolition charge for engineer vehicles... except the vehicle was supposed to be a missile carrying tank destroyer for which a demolition charge is essentially useless with very short range.

The final conclusion of the US programme that included the airborne Sheridan tank and the M60A2 tank with these 152mm guns was that although on paper the missile performance was excellent the cost was enormous and in practise it didn't work and using an M113 APC vehicle with a TOW missile launcher on its roof was cheaper, simpler, vastly more effective in the sense that it worked and worked relatively well.

The Soviets did have a similar project that also failed but actually entered service and was made obsolete fairly quickly... it was the IT-1 and IT-2 missile tanks that did away with a tank gun barrel and was just a squashed T-62 tank with proper tank armour and a missile launcher that actually worked.

In parallel they also identified the problems with accuracy against long range targets... the main problem being a moving target can move in unpredictable ways between the time when the round leaves the muzzle of your gun and when the round arrives to the target... no level of gun precision can remedy that because it is not about gun precision, it is about moving targets not being predictable at greater and greater ranges.

The solution was a guided round for all tanks which is what they proceeded to develop including for their older tanks and their newer tanks.

All four of these missiles had different propellent arrangements for the different types of rounds each of these guns fired and they could be carried and stored as standard rounds of ammo except for the BMP-3 round which had a special loader because the missiles were several times longer than the small standard HE rounds.

The point is that these missiles were not intended to be the only ammo carried, they were another type of ammo that could be carried for specific targets like long range shots at armour or for use against helicopters.

The 125mm round eventually evolved into the Svir which is laser beam riding and cheap and simple and very effective and could be loaded in the autoloaders of the T-64/72/80/90 and Sprut and towed 125mm guns that fired it...

It is treated like a standard round of ammo but can hit moving targets at 5km with a probability of more than 90% with an autotracker... which is built into the optics upgrade required to use these rounds.

The point is that you don't make a super round and then make an expensive different gun to fire it, you take a standard calibre that allows you to use all your existing other rounds, but also this new round with its new capabilities that can then be used across your existing fleet and improve performance across the board simply by putting that round in mass production.

What they did with the Zumwalt was make three unique guns that are operational only on three of their ships.

At about 800K per round they are actually not much cheaper than a Tomahawk missile which has 1,500km range and a much heavier payload and is already in widespread USN service.

What they should have done was take an already in use calibre... 127mm is probably too small... perhaps a new 155mm or maybe a 203mm gun that they can make a range of standard rounds for so even if the new rounds lack performance it is still a useful piece.

They can then work to improve performance... even if it takes 5 years it does not matter... they would get something useful in the end.

The Russians have used a joint development with the 152mm Coalition between the Army and the Navy to develop a 70km range gun that fires standard rounds with smart fuses and guidance kits to achieve a CEP of 10m at 70km range and with the potential to reach 180km in the future... that is vastly better than their existing largest naval calibre of 130mm which is used at sea and on land in their Bereg coastal defence guns.

The heavier shell weight and greater range and amazing accuracy from a mass produced round is ground breaking... literally... and both their Army and Navy will benefit directly from this.

Would love to see them put 152mm guns on their new destroyers and upgraded cruisers, and perhaps a new 203mm gun for new cruisers down the line... the Russian Navy could probably use a heavier calibre.

To be clear 152mm is a useful round with a 40-50kg shell, but a 203mm round with a 110kg shell is like delivering a light aircraft delivered bomb with each shot... and of course navy guns can fire rapidly and carry a lot of ready to use rounds for shore bombardments.

They might keep the 152mm guns for new destroyers and new cruisers and perhaps put 203mm guns on specialist naval gun support ships intended to support landing operations... perhaps on their new 40K ton helicopter carriers could have 203mm guns perhaps with a 150km firing range to start with and perhaps 250km with lighter rounds like the new rounds for the 152mm guns firing 180kms...

The Army and Navy can share the costs and essentially they both want the same thing... long range accurate powerful artillery fire that is cheap to deliver. 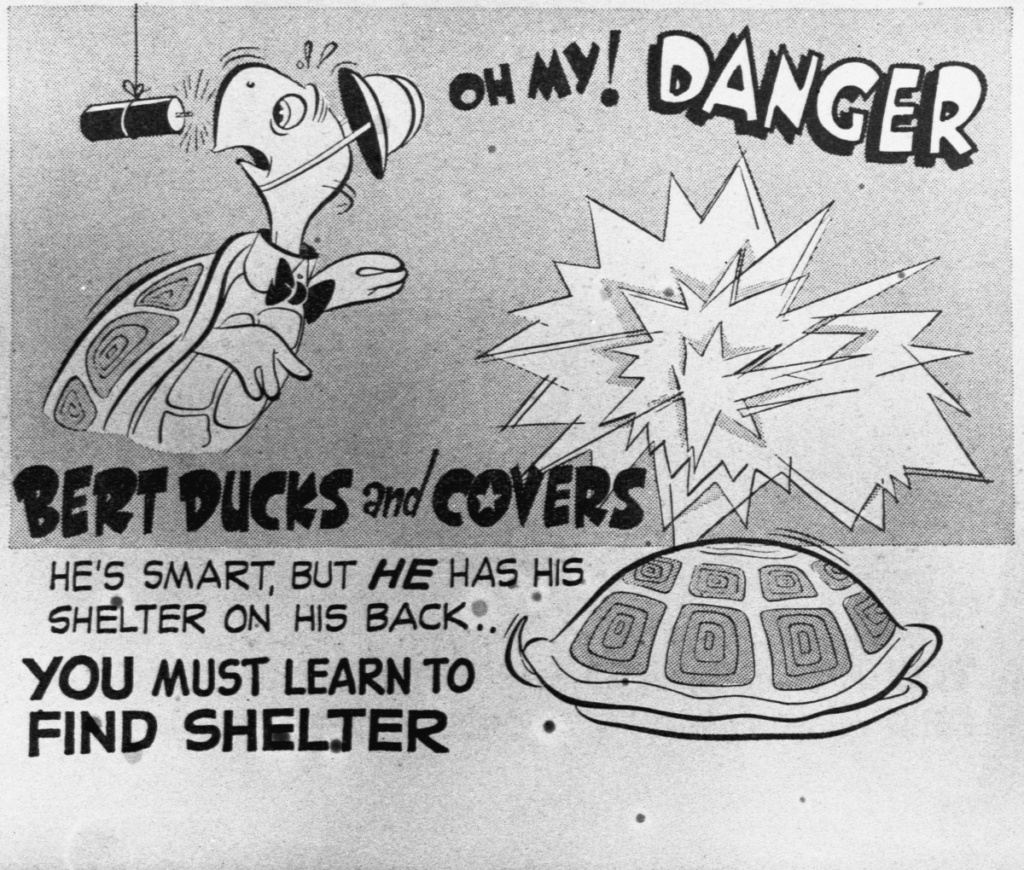 These are the five technologies that the US should develop to remain a superpower, according to a report from its own Intelligence, 24/10/2021.

The U.S. National Center for Counterintelligence and Security fears that U.S. companies could be completely expelled from the technology sectors crucial for the 21st century.

According to a report from the U.S. National Center for Counterintelligence and Security quoted Friday by CNBC, to remain a global superpower Washington must continue to maintain leadership in artificial intelligence, quantum computing, bioscience, semiconductors and autonomous apparatus systems.

"These sectors produce technologies that can determine whether the US remains the global superpower or whether it will be overtaken by strategic competitors in the coming years," reads the document. U.S. intelligence expresses concern that U.S. companies could not only lose their advantage, but could be completely expelled from the technology sectors crucial for the 21st century.

The report considers that China " possesses the power, talent and ambition to potentially surpass the US as a global leader in artificial intelligence in the next decade if current trends do not change." At the same time, he points out that Russia also has its ambitions in this field.

Intelligence officials argue that the winner of the race to develop quantum computers will have a tremendous strategic advantage. "A large-scale quantum computer could potentially allow the decryption of the most commonly used cybersecurity protocols, putting at risk the infrastructure that protects economic and national security communications," says the U.S. National Center for Counterintelligence and Security.

Intelligence officials stress that it is of integral importance to take steps to lessen the US's growing dependence on foreign biotech companies, which are increasingly gaining access to US intellectual property in the field of bioscience.

The fragility of the semiconductor industry has manifested itself recently, the report says, in addition to specifying that the U.S. is heavily dependent on a single company in Taiwan. At the same time, it notes that adversaries can access the supply chain and place compromised chips in US commercial and defense systems.Given these circumstances, the country should pay particular attention to the semiconductor sector.

The paper concludes that autonomous systems also present a potential security threat, in the event that hackers exploit their vulnerabilities and collect a huge amount of data about US citizens and companies.That is why the nation must ensure its dominance in this sphere.

The United States is already lagging behind in many military technologies. The first example is hypersonic missiles.
Sponsored content