On March 3, 2020, Boeing Corporation unveiled images of its prospective reconnaissance and attack helicopter, which Boeing intends to offer for the US Army contest under the Future Attack Reconnaissance Aircraft (FARA) program. 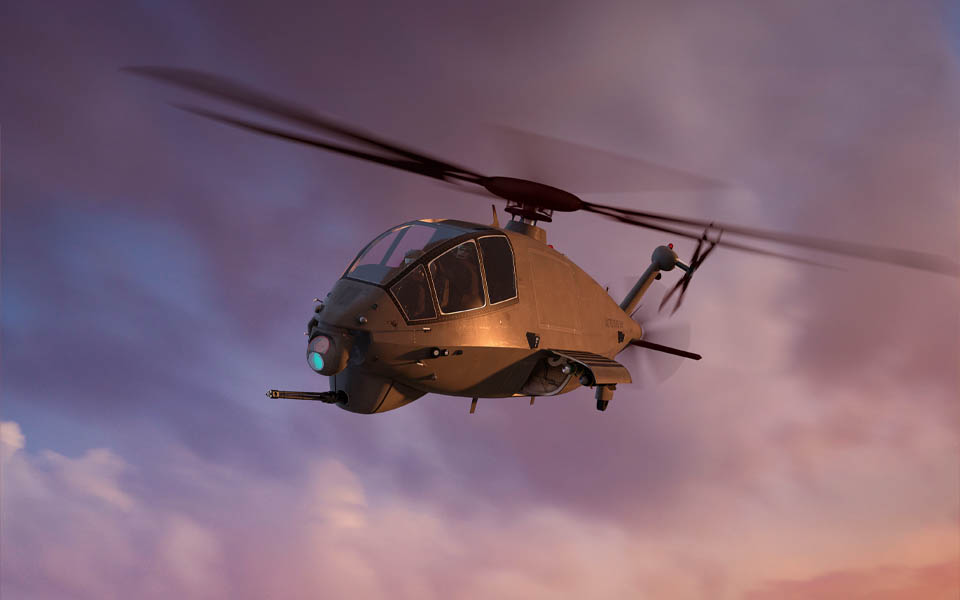 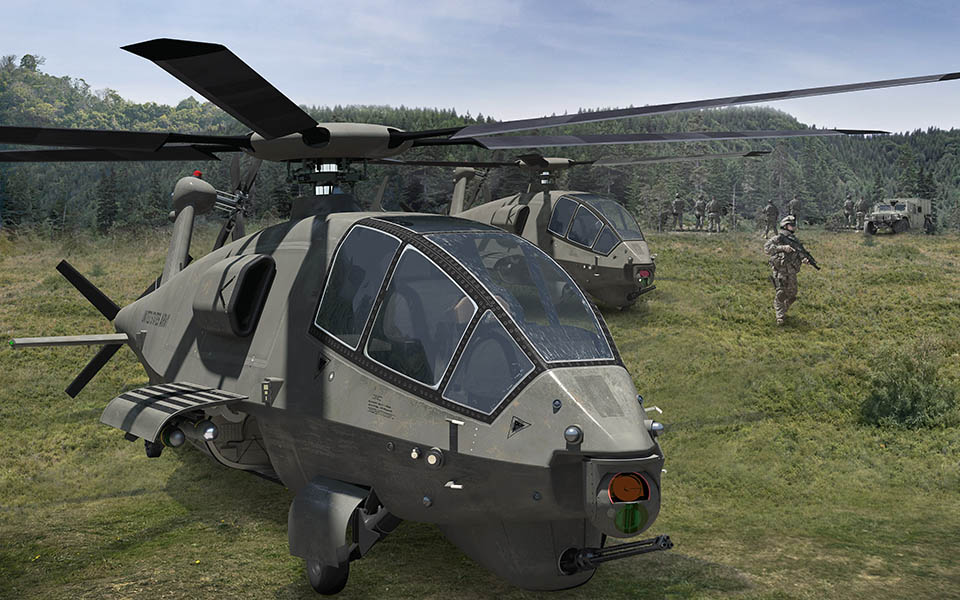 The helicopter in flight has no engine air intakes, while the helicopter on the ground has air intakes on its side... both have pusher propellers for high speed but I suspect the armament which appears to be Hellfires would make it vulnerable to current Pantsir missiles (20km) let alone near future ones (40km), not to mention even SOSNA (10km) and TOR (16km, soon 32km)... Pantsir and TOR do use radar but can also use other target information with command guided missiles and of course the laser beam riding SOSNA missiles can be fully optically guided so radar stealth will mean nothing at all for them...

In terms of guns the new 57mm gun air defence systems with airburst shells and no radar would be a serious problem for these new helos... that are only on paper at the moment... sounds like they are going to need more money...

Regarding the super long range gun... even old model BUK and TOR can deal with artillery shells... larger heavier longer ranged missiles could also deal with such ammo too...

Big article on it https://www.thedrive.com/the-war-zone/32442/boeing-reveals-its-contender-to-be-the-armys-future-high-speed-armed-scout-helicopter
George1

In the second phase of the FARA program, two selected bidders must build flight prototypes, the testing of which should be launched in the first quarter of fiscal year 2023 (i.e., at the end of calendar year 2022). After the final selection of one sample, its mass production is considered possible from 2028.

The Future Attack Reconnaissance Aircraft (FARA) program, launched in 2018, provides for the development of a promising reconnaissance and attack helicopter for the U.S. Army aviation, which should complement the Boeing AH-64 Apache combat helicopters. In April 2019, the U.S. Army issued contracts valued at approximately $ 15 million for the development of competitive projects in advance for the FARA program to five companies - AVX Aircraft (in partnership with L-3 Communications Integrated Systems), Bell (part of Textron Corporation), Boeing , Karem Aircraft (with the participation of Northrop Grumman and Raytheon) and Sikorsky (owned by Lockheed Martin Corporation), with the presentation of advance projects by March 2020.

Bell is developing a completely new Bell 360 Invictus helicopter for the FARA competition, a pre-project which was publicly presented on October 1, 2019. The Bell 360 Invictus is similar to the previously-established RAH-66 Comanche reconnaissance and attack helicopter, created for the US Army Aviation jointly by Boeing and Sikorsky, whose program was closed by the US Army in 2004 for financial reasons. Although the main design characteristics of the Bell 360 Invictus have not yet been disclosed, however, apparently, it should be slightly larger than the Comanche and should be equipped with one promising General Electric T901 turboshaft engine in the 3,000 hp class, created under the Improved Turbine Engine Program (ITEP ) Also, the helicopter will have an auxiliary power unit. The support system is based on the new Bell 525 helicopter system, although a 40-foot rotor should only have four blades instead of five. The steering screw, as on the Comanche, is made according to the "fenestron" scheme. There are two very large supporting wings. The helicopter is equipped with an electronic control system, the crew is two people.

The developers claim that the Bell 360 Invictus should have a cruising speed of "more than 180 knots" with a maximum take-off weight (unnamed). The combat radius is claimed at 135 miles with a 90-minute barrage. The armament will include a 20-mm three-barrel turret gun and up to 1,400 pounds of combat load in the weapon compartments (the images show four Hellfire missiles in the weapon compartments on extendable launchers and eight more external-mounted missiles under the wing).

In October 2019, Sikorsky presented an advance project for the Sikorsky Raider X helicopter to participate in the FARA competition, which is actually a reduced single-engine version of the S-97 Raider experimental high-speed helicopter with a new Sikorsky carrier system with coaxial rotational rotors and a pusher propeller driven from rotor gearboxes. This scheme was worked out by Sikorsky on an experimental X2 helicopter, which was tested in 2008-2011 and reached a maximum speed of 460 km / h, and on the demonstrator of the 5-ton S-97 Raider helicopter tested since May 2015, with a "passport" maximum speed of 444 km / h and cruising - 407 km / h.

Recall that a little earlier in March 2020, the US Army chose the SB> 1 Defiant high-speed helicopter, presented by the Sikorsky and Boeing consortium, of the same carrier scheme as one of the two candidates to continue full-scale development on a competitive basis within the framework of the Future Long-Range Assault Aircraft (FLRAA) program to create a promising multi-purpose helicopter.

Thus, in the competition for a promising reconnaissance and attack helicopter under the FARA program, three other applicants failed - Karem Aircraft (with a rotorcraft AR40 project with a rotor, a propeller and large wings), the AVX and L-3 consortium (proposing the Compound rotorcraft project Coaxial Helicopter, which, in addition to wings, has a coaxial main rotor and two small pushing propellers) and Boeing Corporation, which only at the beginning in March 2020 presented its project of an original helicopter combining a six-bladed main rotor, has four blades th pushing screw and separate steering screw.

Helicopters created as part of the competition under the FARA program should be equipped with one promising General Electric T901 turboshaft engine in the 3,000 hp power class created under the ITEP program. FARA US Army requirements include a maximum helicopter speed of 333 km / h at an altitude of 1200 m.