"By now, the Orion system has the possibility to control several drones at a time from a single panel. This, of course, is not a swarm, this simply means fulfilling certain tasks," the chief executive explained.

The use of a swarm of drones has good prospects for addressing various tasks, including suppressing and breaching multi-layered air defenses, he pointed out.

"The Orion is designed to address somewhat different tasks, although it can be controlled in a group," the chief executive specified.

The Orion is a medium-altitude, long-duration unmanned aerial system with a maximum take-off weight of 1 tonne and a maximum payload weight of 200 kg. Russia is currently offering the drone for export as an air reconnaissance system. In the meantime, the nation’s troops are getting the strike version of the Orion drones.

The Army 2021 international military-technical forum is running at the Patriot Congress and Exhibition Center outside Moscow on August 22-28.

"The Russian Ministry of Defense has approved the technical design of ‘Lancet’ self-destructing “suicide drones,” and expects to begin testing by the end of the year, a representative of the manufacturer announced on Wednesday." 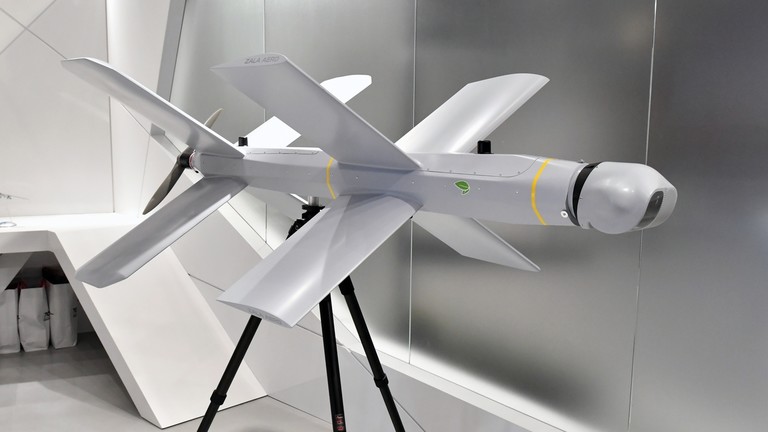 "We expect the delivery of these machines starting in 2023," the deputy minister said.

The contract for the supply of "Inokhodtsev-RU" was signed between the Ministry of Defense and the company "Kronstadt" within the framework of the forum.

"Pacer-RU" is a further development of the "Pacer" strike drones project (another name is "Orion"). The pacer-RU has two engines, a large take-off weight and can carry more payload.

"In the fall, we will receive the first Altius complex in a shock version for the troops," Krivoruchko said.

franco wrote:New attack drones "Inokhodets-RU" will go to the troops from 2023

"We expect the delivery of these machines starting in 2023," the deputy minister said.

The contract for the supply of "Inokhodtsev-RU" was signed between the Ministry of Defense and the company "Kronstadt" within the framework of the forum.

"Pacer-RU" is a further development of the "Pacer" strike drones project (another name is "Orion"). The pacer-RU has two engines, a large take-off weight and can carry more payload.

First flight at the end of the year. 2.5 tons

By the end of the year, we plan to lift the car into the sky,” said Dryagin.

He stressed that the machine has reached a fairly high degree of elaboration, most of the units exist "in hardware" and are being tested.

Don´t think so (the discontinued part). Korsar is a light drone that can be launched by a truck mounted catapult. Anywhere. Orion and Forpost need a runway.

Korsar is a totally different weight class and mode of operation compared to Orion. Though they overlap significantly, the catapult launch capability plus parachute landing makes it very useful for groups like artillery or others who want better on demand recon and even attacking targets of opportunity compared to currently used Orlans and Zalas. It's an additional capability and weight class that Russia actually currently doesn't possess in inventory.

See that 2 types of helicopter UAV's ordered (Platform and Termit) in MoD orders just announced. Does anyone have any data on these?
Russian_Patriot_

Attack helicopter unmanned aerial vehicles (UAVs) developed by the Strela Research and Production Association (part of Kronstadt )will be delivered to the Russian Armed Forces in the near future. This was announced to journalists at the Army-2021 forum by Deputy Defense Minister Alexey Krivoruchko.

According to him, within the framework of the agreements concluded, it is planned to receive light unmanned helicopters in shock performance soon. In addition, the troops will receive heavy attack unmanned vehicles of the helicopter type "Platforma". 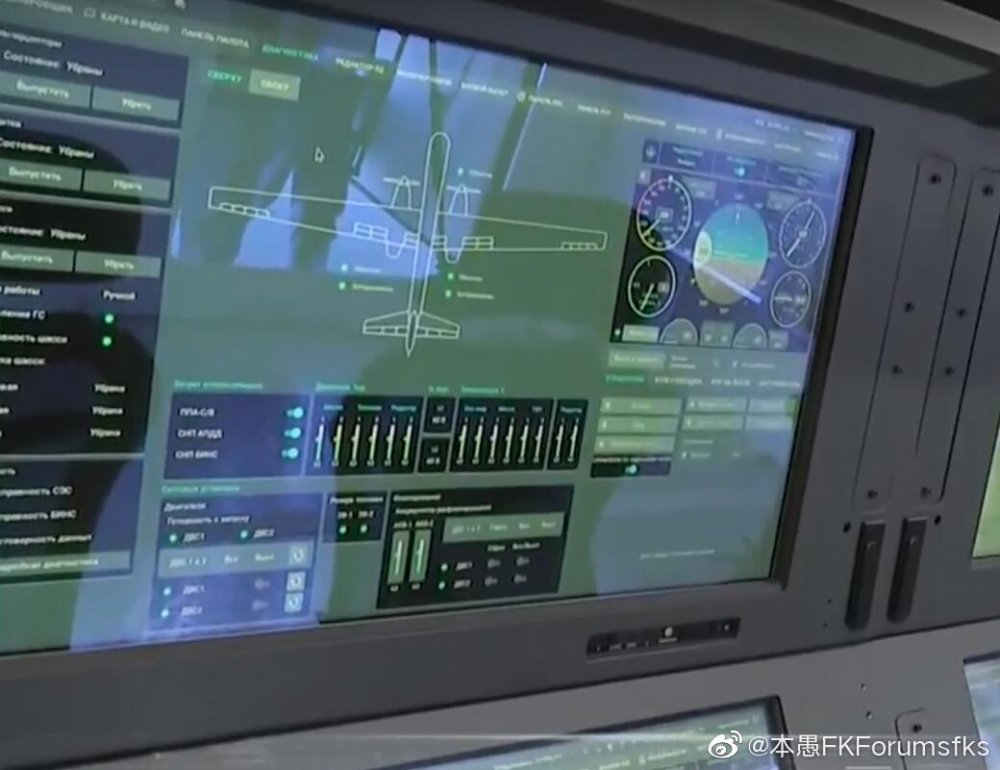 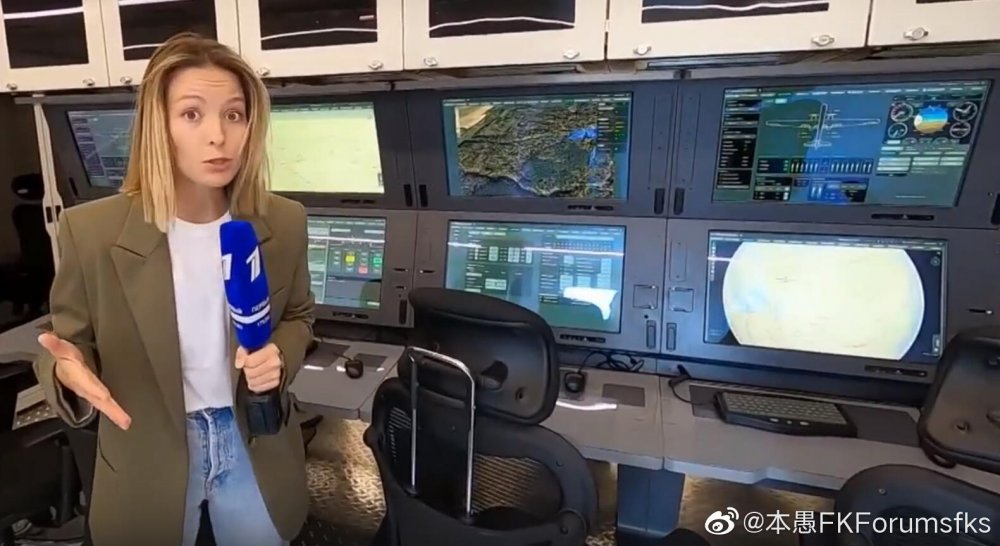 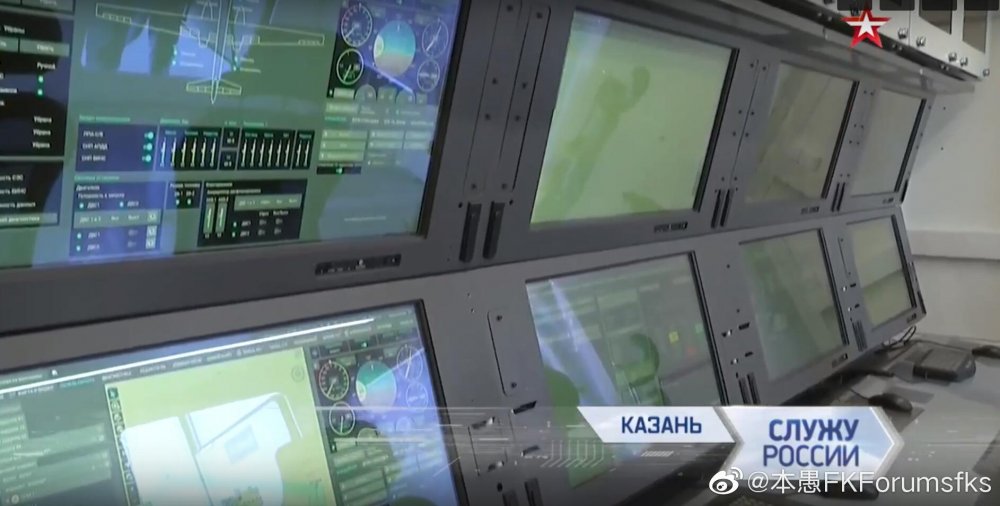 That is interesting because that cruise missile like weapon on the right at the bottom of the above post is the Kh-50 and it was supposed to be a cruise missile for tactical aircraft and lighter bombers... it seems here to be a weapon for drones too...

It was supposed to be a 1,500km range subsonic stealthy cruise missile that could be carried internally in numbers in stealth aircraft and current bombers for conventional operations... sort of a light cheap precision cruise missile...
Mir

It's only a graphic but I think it could represent a type of glide bomb? [translates into - Promising bomb and missile for UAV's]
George1

we have a long time to read news about the projects:
Myasischev/Obzor-1, Irkut/Yak-133 "Proryv" and MiG/Gonshchik

does anyone have eny info? Have these projects been abandoned?
Isos

does anyone have eny info? Have these projects been abandoned?

Even if they are continued, they will have hard time entering the market.

Russia is putting lot of money on Orion, Altius, S-70 and Grom and the others presented officially.

It's only a graphic but I think it could represent a type of glide bomb? [translates into - Promising bomb and missile for UAV's]

They are drawings of weapons we have already seen photos posted on this forum of, and the one on the right had X-50 (Kh-50) written on its side... 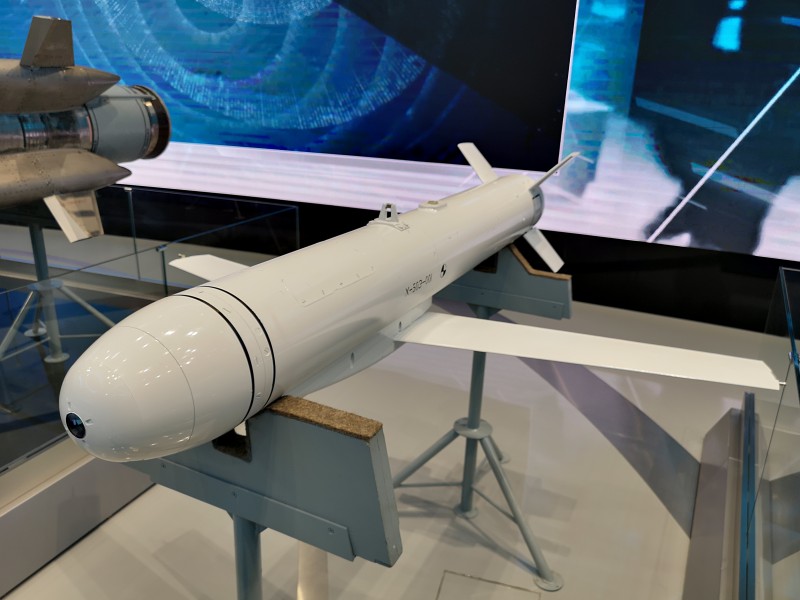 and the other weapon described as Kh-MD-E 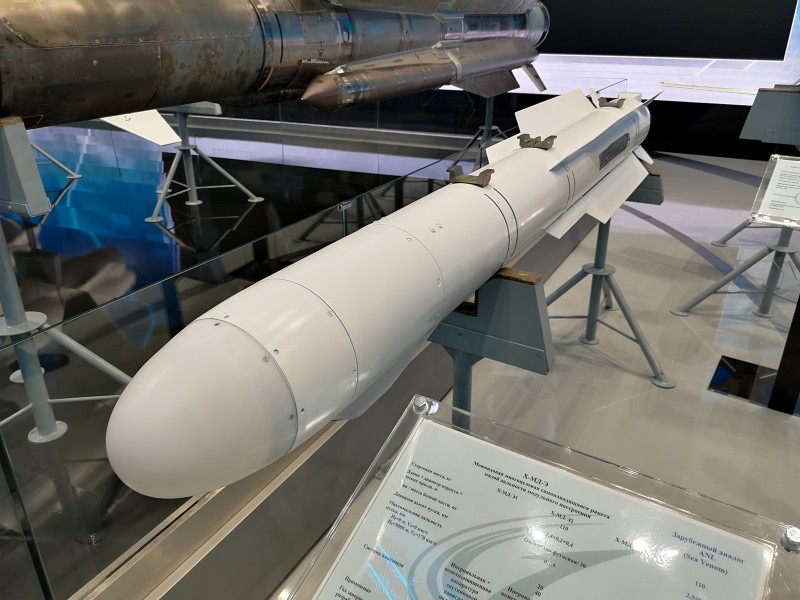 The Kh-50 used to be called Kh-SD or something and was intended for internal carriage on the Tu-22M3 and also to be carried by Su-34 and Su-35 aircraft too as a 1.5 ton subsonic 2,000km range guided cruise missile...
looks now like it is a gliding bomb...
dino00

The Kh-50(cruise missile) will have a different name.like Avangard was expected to be the Rubzeh RS-26, trying to make DIA job less easy.

The designations don't change... the Izd or project numbers and the Kh numbers don't change, so clearly someone got this wrong.
Hole 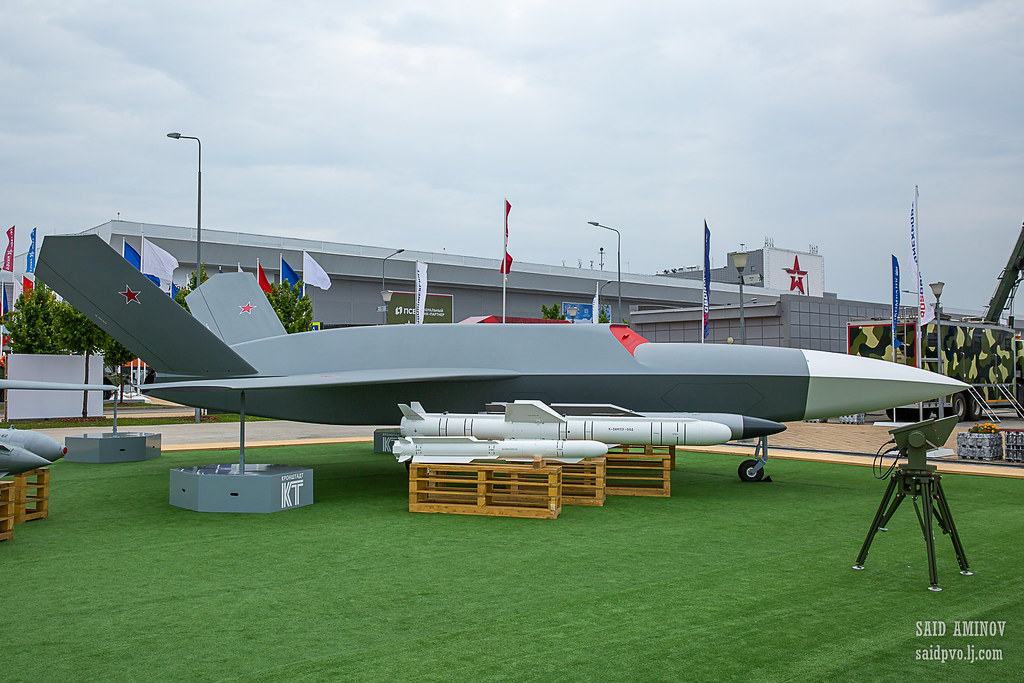 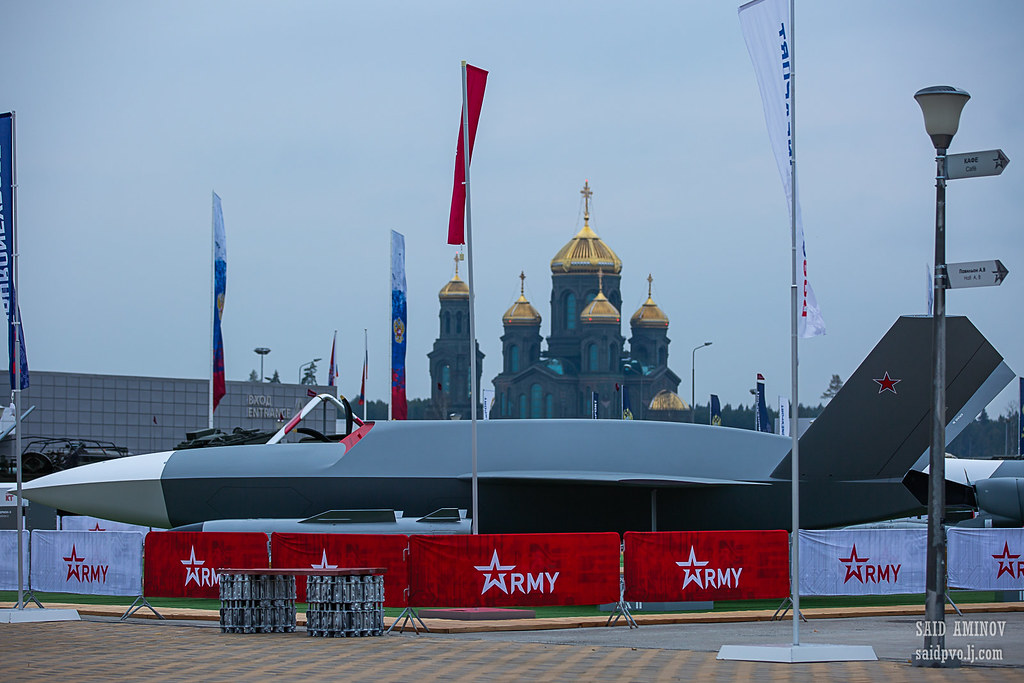 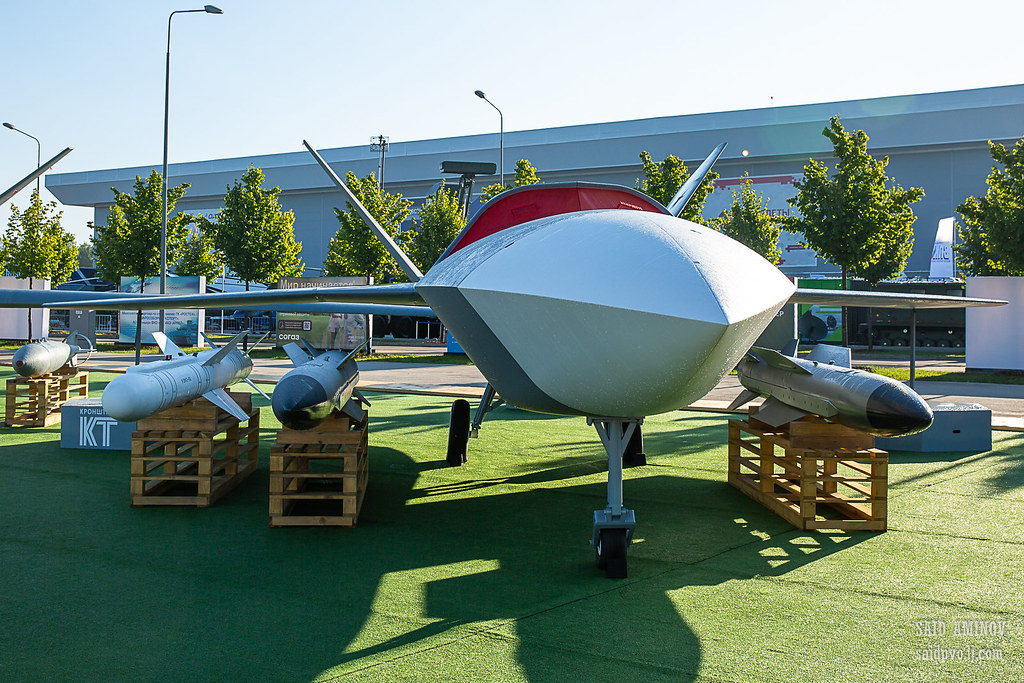 The Kronshtadt company told about export contracts for attack drones.

The Kronstadt company has signed export contracts for the supply of attack drones to countries of the far and near abroad, deliveries will begin next year, the press service of the enterprise reported on Tuesday.

Earlier, Kronstadt announced the interest of 20 countries in the procurement of Orion-E reconnaissance and strike drones. This is the first public statement about contracts for the export of Russian combat drones.

"The first few UAV complexes will be ready for shipment to foreign customers in 2022. The drones are made according to a modular scheme with an open architecture and can, at the request of customers, change the composition of equipment, target load and ground components, depending on the application conditions and tasks. These export samples will also be equipped with satellite data transmission equipment" – the company's CEO Sergey Bogatikov is quoted in the message.

For the production of the first export machines at the serial plant in Dubna, components have been ordered from suppliers of the cooperation, they will be delivered to the enterprise in November to start assembly, the top manager added.

To fulfill this contract, Kronstadt took a loan of 3 billion rubles from Promsvyazbank for two years.

MOSCOW, September 10. / TASS /. The first Russian UAV with a hybrid power plant ZALA 421-16E5G, developed by the Russian company ZALA Aero (part of the Kalashnikov group of companies), flew over 1,000 km from Izhevsk to Yoshkar-Ola and back. This was reported to reporters on Friday in the press service of ZALA Aero.

"During the flight on the route Izhevsk - Yoshkar-Ola - Izhevsk, which was more than 12 hours, the ZALA 421-16E5G hybrid drone covered a distance of more than 1,130 km. The implementation of such a system, where the operators of the complex are located at a distance of up to 500 km from the launch site, reduces the consumption of the apparatus's resources, minimizes the human factor and optimizes the staff of operating units, "the press was informed -service.

As noted in ZALA Aero, the latest developments of the company in the field of navigation and intelligent information processing were tested during the flight. "In particular, [was used] a new on-board visual navigation system. The system does not depend on satellite navigation and is implemented in a closed control loop, which allows the aircraft to fly in complete radio silence, and also provides multi-level protection against electronic warfare," they said in the press service.

During the flight, the onboard intelligent processing system AIVI was also used. "The AIVI system in passive mode provides automatic detection and recognition of objects from several sources, with visibility of the entire lower hemisphere, which allows you to receive up-to-date information about the number and location of objects, changes in the situation right during the flight," added ZALA Aero.