It seems one guy survived. 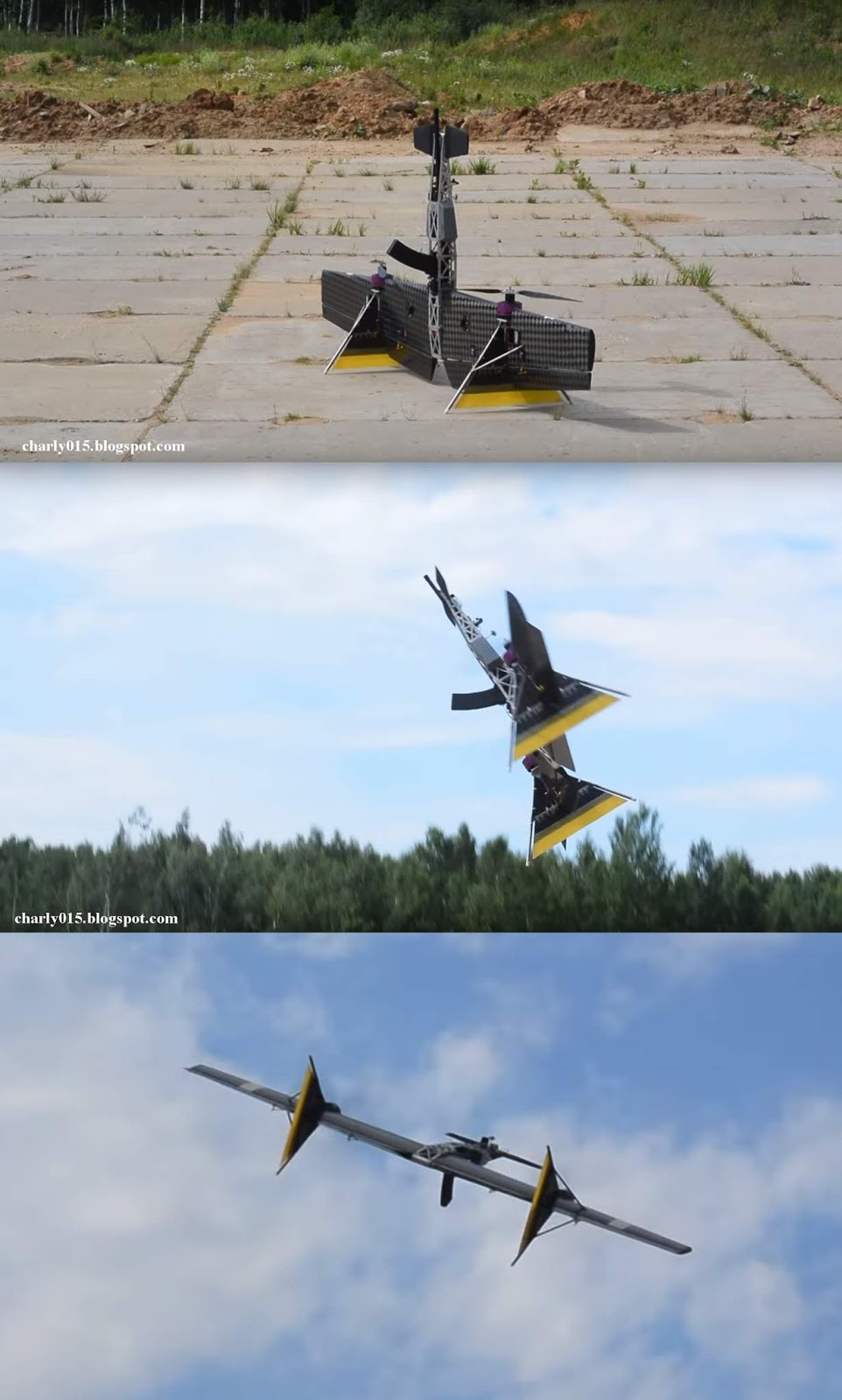 It seems one guy survived.

A close up of the targets that remained standing would likely show quite a few holes...

ie, you are mistaking the targets blown down by the force of the blast wave with getting killed and the ones remaining standing as surviving despite the fact that they are likely covered in holes where the shrapnel went through... shrapnel is included in any bomb to extend its lethal range beyond the radius of the blast wave. Someone needs to spread the fear.

MOSCOW, December 30. / TASS /. Russian reconnaissance and strike unmanned aerial vehicles (UAVs) will enter flight tests in 2021. This was announced by the Deputy Minister of Defense of the Russian Federation Alexei Krivoruchko in an interview with the Krasnaya Zvezda newspaper .

According to the Deputy Minister, the Ministry of Defense attaches great importance to the development of large-size attack drones. The already existing Altius, Pacer and Outpost complexes are primarily equipped with guided weapons. Their testing in real conditions with the use of small-sized homing ammunition has shown high efficiency.

"On their basis, enterprises are currently developing reconnaissance and strike complexes of a new generation, equipped with weapons of destruction and satellite communications," Krivoruchko said, explaining that "these machines will go to flight tests in 2021."

In the future, the Deputy Minister specified, it is planned to mass produce such drones and supply them to the troops. Equipping Russian troops with them will begin in 2021.

"By the end of 2021, complexes with long-range and long-range multifunctional drones will be supplied to equip the Armed Forces of the Russian Federation," Krivoruchko said, explaining that they will be armed with both guided aviation weapons used on tactical aviation aircraft and specialized ones. ammunition.

"Their use will make it possible to deliver pinpoint strikes not only at stationary, but also at mobile targets of the enemy," the deputy minister stressed.

On December 21, Russian Defense Minister General of the Army Sergei Shoigu at the final board of the military department said that the first modern complexes with medium-range reconnaissance and strike drones "Pacer" and "Forpost" began to enter the Russian troops.

Production of ammunition for UAVs
The creation of Russian small-sized ammunition for attack drones is almost complete, their prototypes are being tested in the troops, and mass production will begin next year, Krivoruchko said.

"The development of small-sized guided bombs and missiles is nearing completion, prototypes of which are already being tested in the troops; they will also go into production from next year," he said.

On Monday, the appearance of the first Russian reconnaissance and strike drone "Orion" (ROC "Paceman") became known, a calendar containing, among other things, an image of the new drone, was published on the website of the military department.

A line of small-sized ammunition for drones was presented in August at the Army-2020 forum.

Why hasn't russia created an equivalent of the reaper drone yet? It could've repurposed a turboprop engine for it years ago. Drones shouldn't take so long to develop since they're basically simple slow propellor driven aircraft that are just remotely controlled.

BTW the USA has retired the predator while russia is putting its predator equivalent into service.

limb wrote:Why hasn't russia created an equivalent of the reaper drone yet? It could've repurposed a turboprop engine for it years ago. Drones shouldn't take so long to develop since they're basically simple slow  propellor driven aircraft that are just remotely controlled.

BTW the USA has retired the predator while russia is putting its predator equivalent into service.

They didn't need them.

US used their drone to kill random people under the pretext they were terrorist when in fact they never really know who they attack. 1 million killed in Iraq. I doubt any organization had 1 million terrorists.

Russia builds them now when they saw the good results against conventionnal forces that can be well IDed.

If drones are so easy to make then why don't every country make their own?

Which British or French or German drone does what a reaper does?

Murderbots have not be a very high priority, but now they are getting them expect US rhetoric to change and suddenly international rules will be needed to make sure Russia can't get away with what the west has been getting away with using theirs.
magnumcromagnon 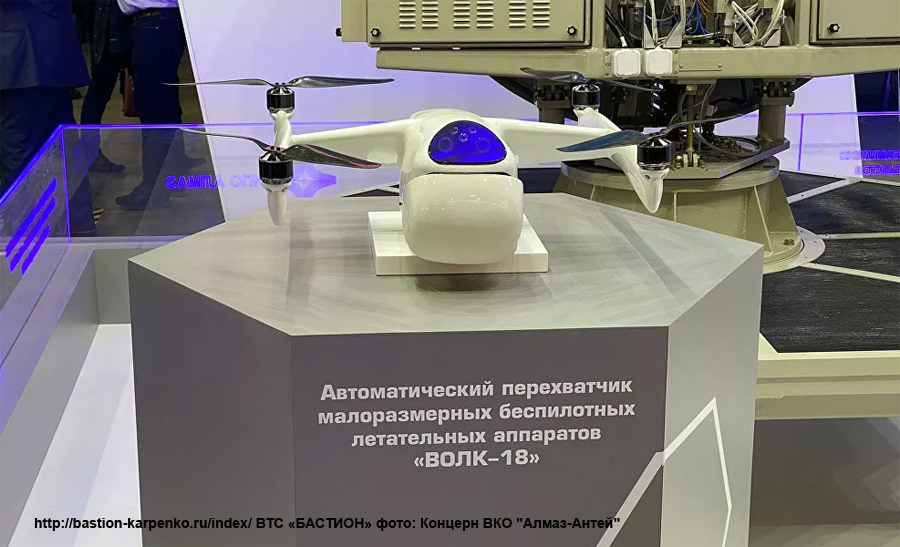 So it has three net weapons it can fire at drone targets to bring them down, and when they are used up they can ram the target... interesting.

I am in awe of the sheer size of that chin. What an absolute unit.
Isos 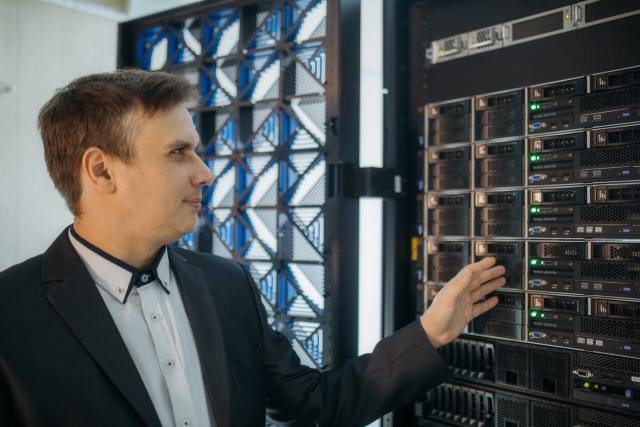 They have developed a universal software package that will analyze the images obtained during the observations. According to the idea, the system should work independently, without the help of humans, ground-based computer systems, neural networks, and data.

Scientists of the Samara national research University named after S. p. Korolev and the Russian-Armenian University in Yerevan presented the concept of "smart vision" for satellites and drones. The press service of the University said that in the future, the development will help introduce hyperspectral technologies in various fields. The project has already received grants from the Russian Foundation for basic research and the Committee on science of the Ministry of education, science, culture and sports of Armenia.

The researchers said that they are creating a self-learning algorithm that will calculate the features necessary for recognizing objects in hyperspectral images. You can also select the best filters for processing an entire image by controlling just one parameter. Thanks to this, the new system will not need the help of humans, ground-based computer systems, neural networks and databases. This will make diagnosis of the problem faster.

In addition, the new algorithm will be able to create a mobile hyperspectrometer. They can be placed on light drones. Thanks to this, the devices will be able to calculate the signs of the desired objects instantly using on-Board chips.

"At this stage, our research is purely fundamental, but its applied significance is obvious. Our approach allows us to obtain an algorithm that can independently calculate the informative features of the desired objects on hyperspectral images without ready-made indexes or a specific sample at hand, " said Professor Alexander Kupriyanov, project Manager and head of the Department of technical Cybernetics at Samara University.

Next year, the researchers intend to create a prototype of a computer system that will adapt to various tasks. The team believes that the development will be useful in the fields of Geoinformatics, "smart" agriculture, remote sensing of the Earth and medical diagnostics. In particular, the new hyperspectrometers will be able to assess the state of crops, soil moisture, its saturation with mineral fertilizers, the presence of weeds, diseased plants, as well as find foci of forest damage and water pollution.

MOSCOW, February 21-RIA Novosti. One of the Russian medium-altitude attack drones of long duration flight "Orion" made inThere are 38 sorties in Syria, including 17 with strikes on terrorist targets, according to the news of the week program of the TV channel."Russia 1", dedicated to unmanned aerial vehicles of the Russian Federation.
The TV channel showed the Orion used in Syria in desert camouflage. On its Board, according to the tradition of military aviation, stars are applied, demonstrating the number of completed sorties. Each star additionally contains the letter "P", " B " or "P", where " P "means a reconnaissance flight," B "— a flight with strikes on ground targets and " P " — a flight, presumably, to search for or highlight targets.

In accordance with the marking, the Orion UAV sample shown performed 17 sorties in Syria with the use of weapons, 20 reconnaissance and one for other purposes.
Colonel of the VKS Sergey Tyugay provided Russia 1 with video footage of the Orion combat operation in Syria. "Now he is conducting reconnaissance, the weather conditions are very difficult, you see, the lower clouds. After it has reached the target, it is aimed at the target, inflicts fire damage and as a result, the target is hit," the representative of the VKS commented on the drone's combat sortie.
The plot shows the destruction of several terrorist targets, including a strike on a militant ammunition depot at night, when Orion searches for targets using the thermal imaging channel of its optical-location system.
The development of the drone began in 2011 by order of the military Department. Orion, created as part of the Pacer development work, belongs to the class of medium-altitude vehicles with a long flight duration. The device can be in flight for up to a day. Its maximum take-off weight is 1,100 kilograms, and its combat load is up to 250 kilograms. Orion is capable of using small-sized guided missiles and guided aerial bombs against ground targets.

ZOKA
@200_zoka
·
20 Feb
Russian Ministry of Defense has signed a contract for the purchase of Altius-RU reconnaissance and strike drones. It will be made by the Ural Civil Aviation Plant. A batch of drones should be made this year. ZOKA
@200_zoka
·
56m
According to the correspondent, this Orion UAV flew from Syria for maintenance. There are red stars on the hull, indicating combat missions Canthama1
@canthama1
·
24m
'High-speed attack unmanned aerial vehicle "Thunder", the layout of which was demonstrated at the military-technical forum "ARMY-2020", in the workshop of the "Kronstadt" Group." 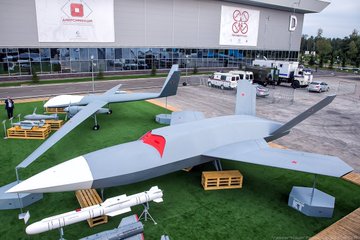 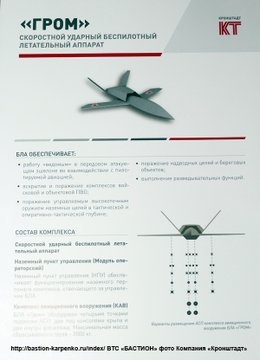 i wonder if this is indigenous thermal camera, seeing how Russia developed so many drones in the past 10 years even under sanctions, that wouldn't surprise me. also i guess this is what's been hitting militants the past 2 years, better late than never
Sponsored content