"The battle tactics will be changed": Russia has a new shock weapon 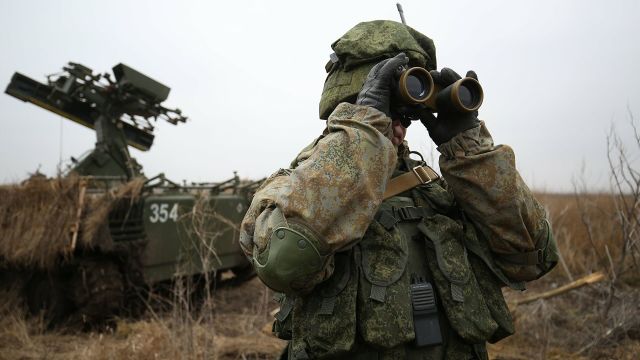 MOSCOW, Nov 2 — RIA Novosti, Nikolay Protopopov. High autonomy, guided missile weapons and the ability to bypass air defense — the Russian military is mastering the first multi-purpose UAVs "Orion". According to experts, these drones will significantly increase the strike capabilities of the army and bring unmanned aviation to a new level. About the pros and cons of such devices-in the material RIA Novosti.

Interference is not terrible
In the story of the NTV channel recently showed a military kit in action — two control vehicles and three drones "Orion", which, apparently, have already entered combat duty. Recall, the defense Ministry signed a contract for serial deliveries of a long-duration reconnaissance and attack UAV to the troops in August. And the first set was transferred to pilot-military operation in the spring of this year.

"Orion" can stay in the sky for up to 24 hours. Externally, it resembles the American MQ-1 Reaper — the same long and narrow wing and V-shaped tail. The UAV is designed not only for aerial reconnaissance and target designation, but also for missile and bomb strikes. On Board takes up to 200 kilograms of combat load. Specifically for it, several types of ammunition with a caliber of 25 to 100 kilograms were developed.

"Orion" belongs to the class of medium UAVs and occupies a niche between the large S-70 "Hunter" and small scouts. The powerplant — a gasoline engine of about 100 horsepower-is located in the rear of the fuselage. Due to the use of composite materials in the design, the rather impressive overall UAV weighs only about a ton. The maximum altitude is 7,5 thousand meters, and the speed is 200 kilometers per hour. The flight is controlled by a radio operator with a signal range of 250 kilometers. 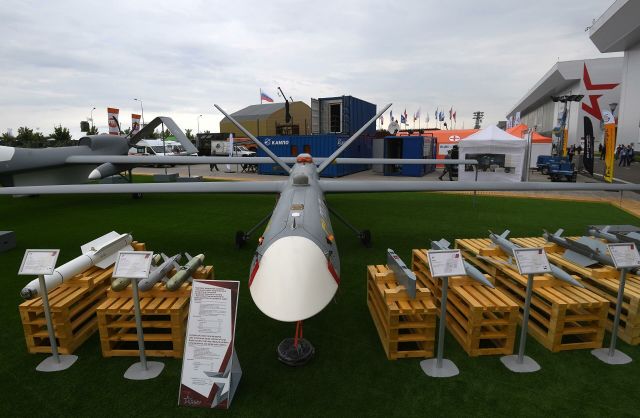 The device is unique in that it can effectively operate on the battlefield even in the conditions of dense radio interference set by the enemy's electronic warfare systems. The onboard optoelectronic system detects and tracks targets in automatic mode and corrects the flight of guided missiles. Eyes and ears of the UAV — thermal imaging and television cameras, laser rangefinder and target designator. In addition, there is a place for digital video equipment and an observation radar station.

Development of the project "Orion" - a two-ton attack drone "Sirius". The flight sample, the developers say, will be ready next year. It will be equipped with a satellite communication system that allows you to control the flight from almost anywhere in the world. 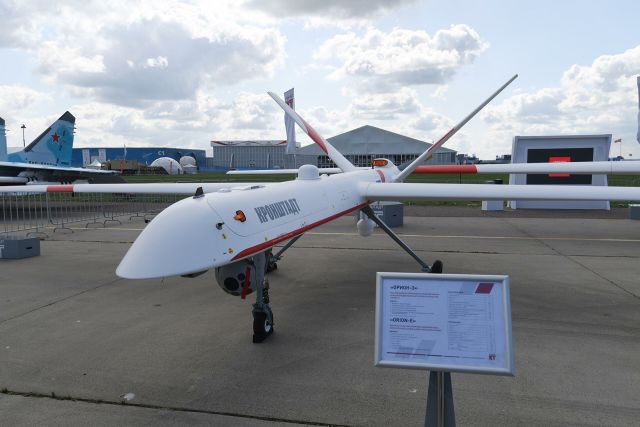 Attack of the drones
In recent years, drones have been increasingly used in armed conflicts around the world. A fresh example is the fighting in Nagorno-Karabakh. According to military expert Alexey Leonkov, the Azerbaijani military uses UAVs quite effectively, since the NKR army has practically no modern air defense and electronic warfare systems.

"Many States that did not pay enough attention to the creation of air defense and camouflage, reap bitter fruits," said Leonkov in an interview with RIA Novosti. — The footage that Azerbaijan shows shows that the Armenian army does not have any disguise at all. If they worked on it properly, the drones would be less effective — their speed and ability to find targets in the optical range are limited."

However, the expert adds, with certain tactics, UAVs can cause significant damage even in the conditions of countering powerful deep-echeloned air defense. In particular, the US is currently developing the concept of a so-called swarm of drones, when dozens of simultaneously taking off vehicles reveal the enemy's defenses and distract the anti-aircraft missile guidance radars.

"The B-52 bomber these will fit 140 pieces, said Lenkov. — They will simulate false targets. When such a swarm flies, air defense systems are forced to react, expend ammunition, and detect their location. While the calculations are busy reloading, strike aircraft arrive and very quickly work out the received coordinates."

The Russian army operates several types of unmanned aerial vehicles — usually compact vehicles designed for reconnaissance and target designation. Now, for example, the UAV continuously patrol the area around Hamim airbase in Syria. With the commissioning of the strike "Orion", the military has another weighty argument in the air. 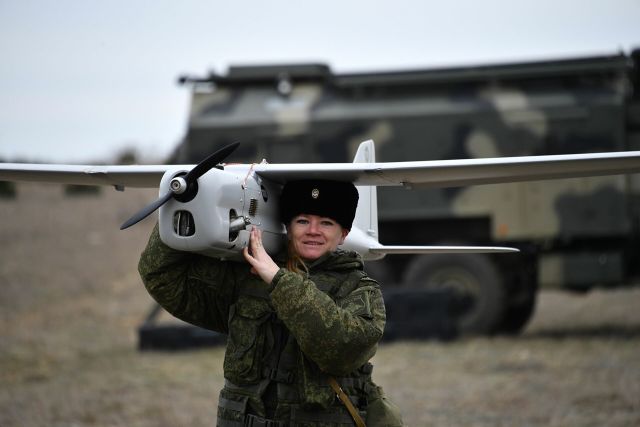 Psychological effect
As noted by the honored military pilot of Russia, major General Vladimir Popov, the most important plus of unmanned aircraft is the safety of personnel who attack the enemy, being tens of kilometers from the operation zone. In addition, UAVs dramatically increase the effectiveness of combat aircraft.

"If, for example, a small drone detects an operational-tactical missile system, it is unlikely to be able to destroy it alone with one blow," explains Popov. to disorganize the work of the crew, to put pressure on the psyche. After that, according to the coordinates transmitted from the UAV, either a second device of the same type, or a helicopter or an airplane from the forces on duty, takes off and completes the job. "

It should be admitted that, perhaps, the Americans have achieved the greatest success in using UAVs so far. They have been using drones for reconnaissance purposes since the 1960s. In Vietnam, unmanned aerial vehicles made several thousand sorties, mainly for photo reconnaissance.

In the 1990s, when the Pentagon acquired the Predator multipurpose drones, unmanned aircraft learned not only to engage in reconnaissance, but also to deliver effective precision strikes against objects on the ground. Air "predators" have operated in virtually every military conflict involving the United States - in Bosnia, Iraq, Afghanistan, Libya and Syria. 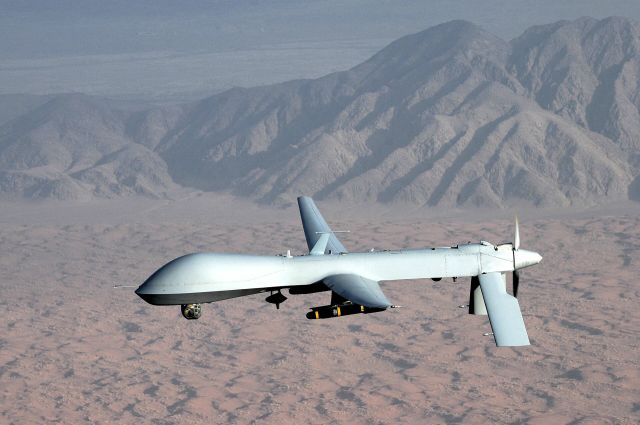 The USSR also had a UAV development program. Back in the 1960s, Soviet designers developed several types of unmanned reconnaissance aircraft. One of them - La-17R - was built on the basis of a flying target. From the ground, he started with solid propellant boosters, and a turbojet engine was turned on in the sky. The device could be in the air from 30 minutes to one and a half hours, depending on the flight altitude, accelerated to almost 900 kilometers per hour. The scout was reusable; he landed by plane or by parachute.

Another development of the Soviet defense industry is the Tu-141 "Strizh" operational-tactical reconnaissance complex. The speed is more than 1100 kilometers per hour, the range of heights is from 50 to 5000 meters. "Swifts" remained in service until the 1990s and were based primarily on the western borders of the USSR. 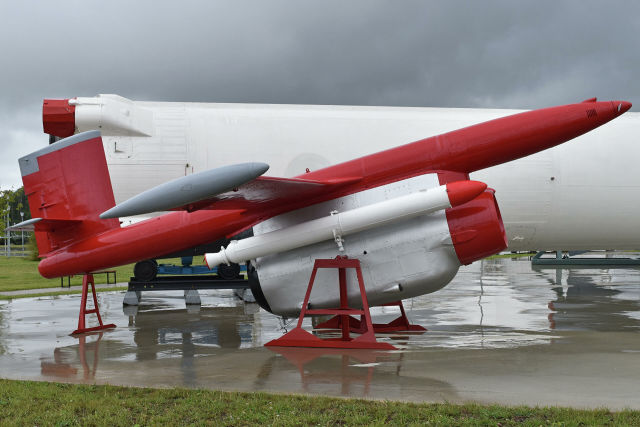 The Russian's reminding everyone they pioneered swarm drone tactics, to a degree far greater of magnitude than they could even imagine!

magnumcromagnon wrote:The Russian's reminding everyone they pioneered swarm drone tactics, to a degree far greater of magnitude than they could even imagine!

However, in order to build up the combat capabilities of the MFA of the Ground Forces at the tactical level in order to achieve fire (strike) parity (if possible, superiority) with the opposing enemy grouping, breakthrough solutions are needed in the development of promising weapons and their adoption. One of them is the creation of a multipurpose reconnaissance and strike network (RUS) on the basis of a tactical high-precision missile system (ATRC).

The number of ATRC subunits in the combat composition of the RUS of military formations (TVF) should ensure the most complete use of combat capabilities and wide maneuver with fire strikes in order to continuously support combined-arms formations, units and subunits, as well as minimal time indicators for preparing fire strikes.

The studies carried out show that as a result of equipping ATGMs of formations and units of the Ground Forces, the concept of a reconnaissance strike network can be implemented, which makes it possible to increase the efficiency of firing missions of missile forces and artillery in tactical depth by 15-20%, and the effectiveness of destruction of individual enemy targets - to a given depth ...
Artillery reconnaissance capabilities greatly influence the implementation of the potential combat capabilities of artillery, rocket and missile formations.

An analysis of the use of artillery reconnaissance subunits in the existing organizational and staff structure shows that the fulfillment of the tasks facing the listed subdivisions of opening targets and objects in opposing enemy groupings to the full extent according to the main required indicators (timeliness, accuracy in determining coordinates) is not always ensured.
An increase in their combat capabilities can be facilitated by the introduction of military-purpose robotic systems for reconnaissance and control, typical tasks for which are observation, reconnaissance and target designation on the battlefield and in the enemy's near rear. Reconnaissance tasks outside the line of sight can be assigned to UAV complexes, which are capable of observing areas of the terrain in the enemy's position at any time of the day. At the same time, the depth of opening of enemy targets cannot be less than the depth of destruction of the serviced artillery (rocket, missile) subunit or unit.

Remember how I said Russian swarm-munition tactics were derived from Soviet AshM development? Some years back their was a brochure for the export of the Yakhont missile (domestic name is P-800 Onyx), where it showed they could (at least some version) be buried in the ground and covered in foliage and be launched, and could be used to the same degree as in the image above depicts with suicide drones. I can't seem to find the photo of Yakhont/Onyx that showed they could be buried in the Earth (upright) and launched, maybe George1 knows?
Hole 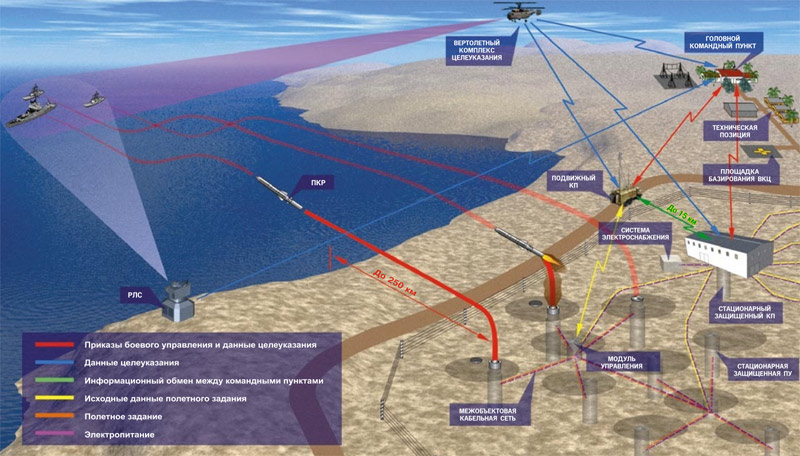 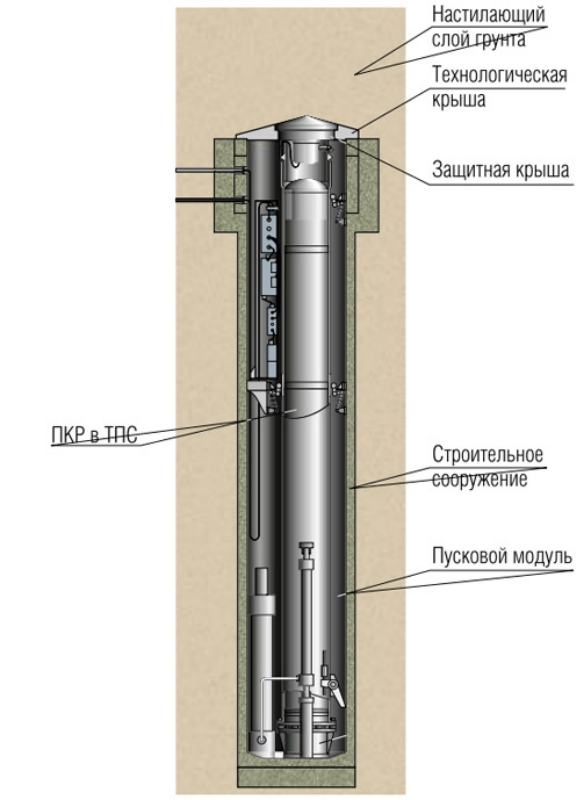 Would be nice to put an explaination of what it is when you post russian language.
magnumcromagnon

Humongous thanks for this, I've been searching for this image forever and this is the exact image I was looking for!

As the image shows it's basically been accomplished already with P-800 Onyx, all it requires is a downsizing. In fact it's probably in testing already as we speak, utilizing the wolf-pack programming for the suicide drones created by Zala Aero/Kalashnikov Concern. It should also be noted that Kalashnikov Concern is now the parent company of NPO Molniya, the design bureau behind Buran. Kalashnikov Concern is in the process of creating (likely with the help of NPO Molniya) hypersonic target drones for the Federation's SAMs. It would not be too difficult to create suicide drones out of a modification of these hypersonic target drones, and they could also incorporate the wolf-pack programming to make them far more deadlier!

Isos wrote:Would be nice to put an explaination of what it is when you post russian language.

If you would follow the thread it would be self explanatory.

Reconnaissance by drone: sniffer drones have appeared in the army

The salty cocksuckers at the OSCE didn't like this!