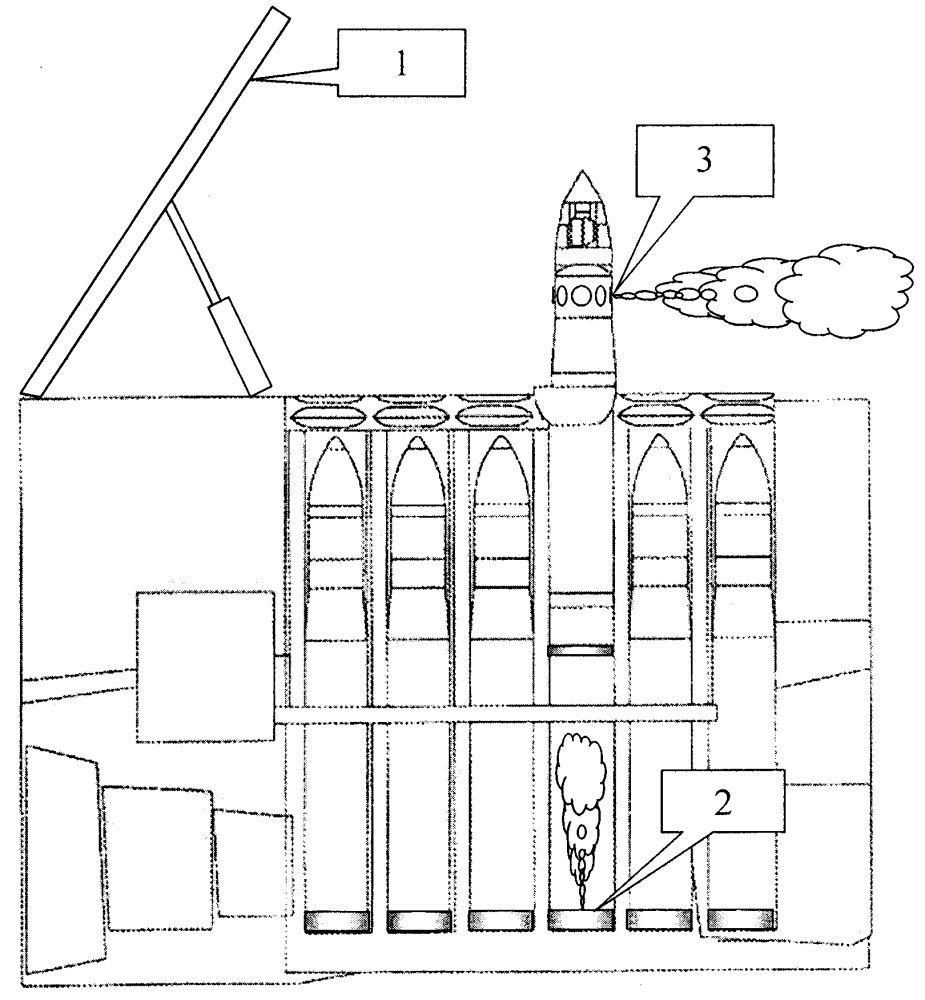 That's what I thought originally because originally the Caspian Sea Monster had experimented with with angled launchers above the fuselage, but the designers at Fakel spoke about use in even in anti-air/SAM use. So maybe they plan on creating Ekranoplans as a flying component of S-400/S-500/Nudol units, and they should be able to carry dozens of missiles with no real issue.

The problem with huge missiles is that the aircraft that carries them needs a fuselage with a height that equals their length... so average sized air launched missiles should be fine but some of the really long missiles are going to need a An-124 sized aircraft....

The fact that they need that big wind protector suggests this will be from large slow aircraft.... not MiG-31s or MiG-41s... which is fine because launching them vertically from an aircraft moving horizontally would provide benefits from the altitude but not from the flight speed so it would be the same as rolling them out the back of a transport plane at high altitude... and for many weapons that is good enough, while the efficient internal stacking would mean rather more weapons carried more efficiently.

Imagine a transport with a 6m body height loaded with 6m long cruise missiles that is 5 metres wide and 60m long filled with vertical cells... say five cells across and 60 cells long... that is 5 x 60 = 300 missiles. The obvious problem of course is that that number of 1.5 ton missiles would be 450 tons... but an ekranoplan can carry quite heavy payloads... it is certainly more than two horizontal rotary launchers could carry.

For carrying long range AAMs and ABMs it would make more sense with high flying much faster aircraft and to benefit from the flight speed horizontal launch would be more valuable.

Recon version of An-140-100 fitted with self-protection system. 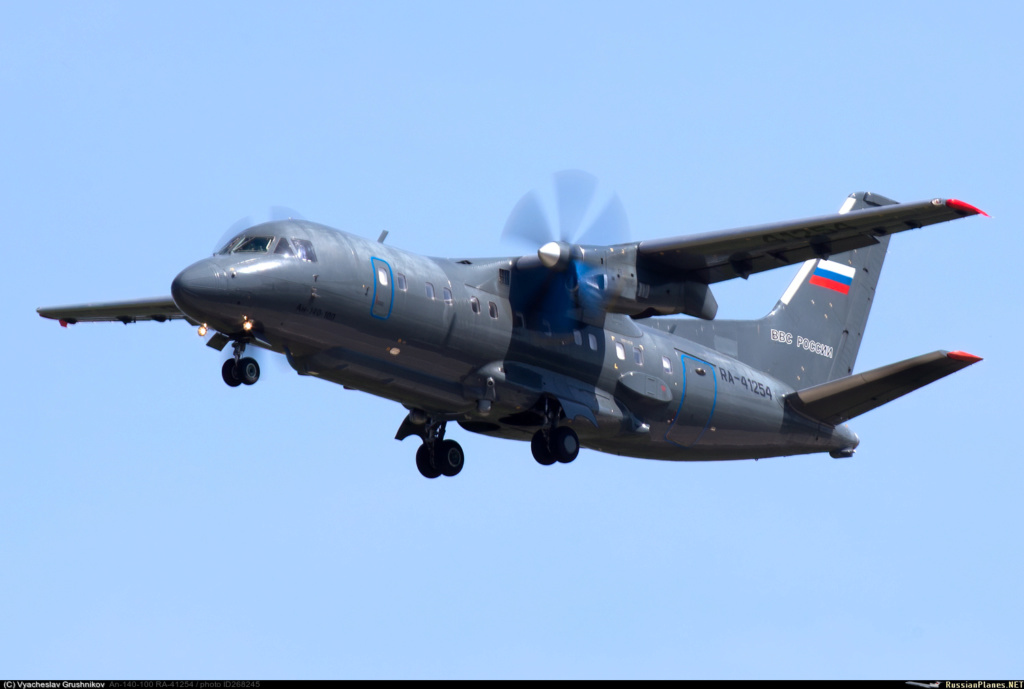 Freshly built Tu-214 had it's first flight, it's definitely not for civilian airline so I'm putting it here

Any idea what is it's intended purpose? (please be EW) 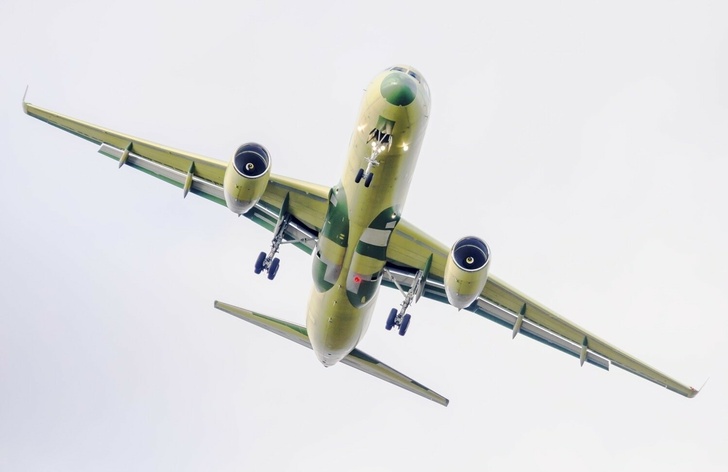 No big antennas so unlikely it is EW/ELINT. Maybe the tanker version ? The angle of the picture isn't helping...
TheArmenian

It will go to the government fleet. Transport of VIP.

Poland recognized the power of the Russian Su-30SM

It mentions the Poles have received Jassm-ER, range 980 km, is this not against the anti-proliferation agreement?

The rules don't apply to HATO and the US...

GarryB wrote:The rules don't apply to HATO and the US...

I guess the reality is that Russia give Iran/india etc technology anyway.

Brahmos is based on Yakhont and not Onyx, but hopefully Brahmos II will be hypersonic so the chances of it being less than 500km range are pretty low.

If it's operated by Poles.. then it would be an MTCR Compliant version of 300 km. If it's 980 km then it's under US jurisdiction.

If it's operated by Poles.. then it would be an MTCR Compliant version of 300 km.  If it's 980 km then it's under US jurisdiction.

This one was approved as a foreign military sale to Poland, so I guess Russia can sell anything to Iran now?
magnumcromagnon

If it's operated by Poles.. then it would be an MTCR Compliant version of 300 km.  If it's 980 km then it's under US jurisdiction.

70 JASSM-ER Missiles for the Polish F-16 Fighters. US State Department Issues A Consent

Graduation ceremonies for young officers were held today at the Krasnodar higher military aviation school of pilots named after A. K. Serov, Syzran and Chelyabinsk branches of the Zhukovsky and Yuri Gagarin Air force Academy.

In total, about a thousand pilots and navigators will join the air units of the Aerospace forces and naval aviation of the Russian Navy.

Among the graduates, about 80 lieutenants completed their training with a red diploma, and 13 people – with a gold medal.

The celebrations in the schools participated the management team of the aerospace forces: commander of the air force, was Deputy commander of the VKS, Lieutenant-General Sergei Dronov, head of army aviation HQs Colonel Igor Romanov, chief Navigator of air force Colonel Anatoly changers.

"It is you, young officers, who will master the latest aviation systems and weapons systems, ensure the country's military security, increase the air power and glory of Russia, "said the commander of the air force-Deputy commander – in-chief of the VKS, Lieutenant General Sergey Dronov, speaking to graduates of the Krasnodar school of pilots." I Emphasize that the troops are waiting for you, preparing for the meeting and will do everything necessary for your arrangement and creation of favorable conditions of service, " Dronov stressed.

All graduates are assigned to officer positions of flight personnel (pilots, navigators, senior pilots, etc.), and will operate, among other things, new models of aviation equipment: su-30sm fighters, su-34 bombers, Mi-28N, Ka-52 attack helicopters, and many others. For this purpose, a program of retraining graduates in the corresponding aviation centers in Ivanovo, Ryazan, Lipetsk and Torzhok is planned.

NOTE: Hopefully this will alleviate the severe pilot shortage from a few years back. There has been a big increase of new pilots over the past 2 years.
franco

The US appreciated the spectacular photos of Russian "strategists" fully armed

The Russian Ministry of Defense released on November 6, 2020, images of three Russian bombers - Tu-160 Blackjack, Tu-95MS Bear-H and Tu-22M3 Backfire-C, with an arsenal of weapons placed in front of them that can be carried by aircraft. Spectacular photos of Russian combat aircraft were appreciated by experts from the American publication The Drive.


The supersonic strategic Tu-160 with variable sweep wing is located on the runway behind two rows of subsonic air-launched cruise missiles. The armament line closest to the aircraft is represented by 12 Kh-55SM missiles, which received NATO code designation AS-15 Kent. The second line of missiles is a dozen samples of more modern subsonic subsonic cruise missiles Kh-101 (nuclear-powered X-102). Like the Kh-55SM, the missiles are equipped with by-pass turbojet engines. It is reported that the maximum range of the Kh-101 is from 3 to 4 thousand km. Tu-160 is capable of carrying its weapons only in internal tandem bomb bays. Each of them contains a rotating drum-type launcher, carrying six missiles.


The Tu-22M3 Backfire, a long-range bomber of the Russian Aerospace Forces, is presented exclusively with variants of free-fall bombs, including a pair of FAB-3000s weighing about 3 tons each, followed by smaller caliber ammunition. Additional bombs are mounted on the outer Backfire under the fixed wing section.

The rotary launcher on the Bear is much shorter than the one on the Blackjack and is only long enough to carry the older shorter missiles.

The 6 Kh-55SMs carried internally, though it could also carry 6 Kh-555s with conventional warheads.

The rotary launcher on the Bear is much shorter than the one on the Blackjack and is only long enough to carry the older shorter missiles.

The 6 Kh-55SMs carried internally, though it could also carry 6 Kh-555s with conventional warheads.

The 4,500km range number is for the modernization of the Kalibr subsonic cruise missile.
Sponsored content