VP does it again, not a name, not a signature, not a single penny. Well at least Parashenka could take a page or two from VP's book.
NationalRus

It indeed can be a massive Russian corruption scandle and if yes a lot if people need to be investigated, but silly how everybody tries to tie it desperately to putin from what I reader its basically "he knows him = putins money!"
Guest

Just so you know

"Putin is No Longer Traveling Abroad, Reflecting His Own Isolation, Panfilov Says

Staunton, April 19 – Vladimir Putin has not gone abroad since November 2015, except for a brief visit to Belarus which he does not consider a separate country, and thereby has “isolated himself” from world leaders in ways that in part recall the behavior of his early Soviet predecessors, according to Oleg Panfilov.

But unlike them, Putin has been able to attract both telephonic contacts from Western leaders and a regular flow of Western foreign ministers and other senior officials, a flow that reinforces his authority among the Russian people by playing to his obvious conviction that the world should come to him rather than the other way round.

In a commentary for RFE/RL, Panfilov, a professor at Tbilisi’s Ilya State University and the former director of the Moscow Center for Extreme Journalism, points to Putin’s lack of foreign travel as “an important detail” of current Russian and international policy that has seldom been noted (ru.krymr.com/content/article/27681959.html).

Putin’s absence of travel over the last year is especially striking, the Russian scholar says, because between 2000 when he first became president and 2014 when he annexed Ukraine’s Crimea and invaded the Donbas, the current Kremlin leader made “202 working, official and state visits to various countries, half of which were to the countries of the post-Soviet space.”

The Kremlin leader’s restricted travel abroad now “repeats the history of the first decades of Soviet power when the first leaders self-isolated themselves.” After 1917, Lenin never once went abroad, and Stalin did so only twice, to Tehran in 1943 and Potsdam in 1945, places where the Soviet army was nearby or in occupation of.

Travel by chiefs of state and heads of government have many purposes, Panfilov points out; and in the first part of his rue, “foreign trips were part of Putin’s cult of personality, especially after 2002” when he took control of Russian television and could thus ensure how his trips would be covered.

“Each of his trips were then accompanied by lengthy reports” designed to show Russians that their leader was someone other world leaders respected and wanted to meet. Obviously, Kremlin-controlled television did not show the protests which greeted Putin during most of his foreign visits, protests sparked by the murder of journalists and opponents and the invasions of Georgia and Ukraine.

In recent years, Panfilov continues, many of Putin’s trips abroad were occasions of major protest actions, even in countries like Armenia and Belarus, which are supposed to be pro-Moscow in orientation. That undercuts what Putin wants to achieve and reflects the fact that he has little to offer post-Soviet states.

Regarding countries beyond the former Soviet orbit, Putin’s situation is “still worse.” These countries were not that closely connected to Russia in the past; and they and especially their populations do not approve of what he has been doing in recent years within Russia and toward Russia’s neighbors.

“With the introduction of sanctions, the West has given Putin to understand that it does not intend to put up with this anymore,” Panfilov continues. As a result, the Kremlin cannot save itself by means of its own propaganda which now is effective exclusively on the Russian audience and with the single goal” of maintaining Putin in power.

Obviously, politicians and diplomats will continue to go to Moscow: they and their countries do not want a war with Russia. But the fact that Putin no longer is welcome abroad means that he cannot use such events for his own purposes and thus, Panfilov implies, the Kremlin leader is isolated in ways that he hasn’t been before – and by his own hand."

TestTube News are full of shite majority of the time...
Viktor

Return of the King !

Putin sat in the chair of Byzantine emperors
KoTeMoRe 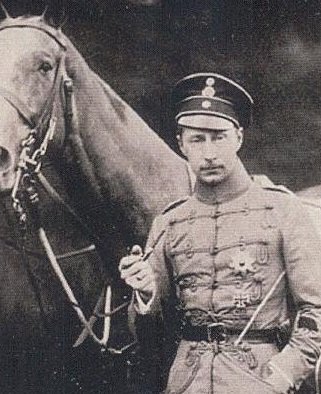 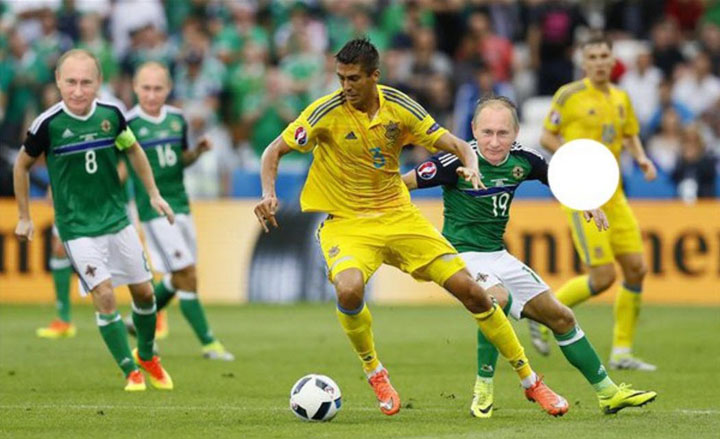 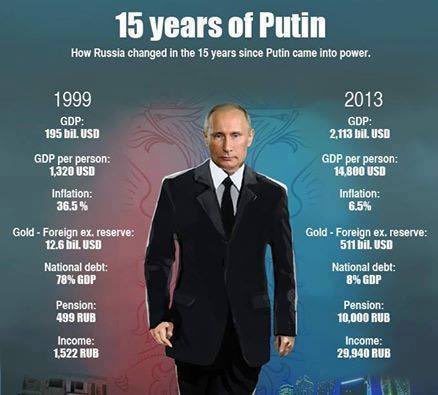 Worth remembering what Putin said to UN September last year about western interference in Arab world. "Do you realise what you have done". With all respect to innocent citizens of France, and foreign nationals, including one Russian, killed in Nice, perhaps they will start to wake up and realise that they have been wrong, and Putin is right. But I think they are not man enough for this, and reading statements from western politicians about this, they are in a deep state of denial.
GarryB

Sad thing is that this sort of thing will be brought up in the future to justify any action with negative consequences they have ever made... past or present or future.

Remember it is us or them...

Russian President Vladimir Putin is due to hold a press conference on the sidelines of the eighth BRICS summit in Goa, south west India on Sunday, October 16.
JohninMK

Another good Putin expression, this time to Poroshenko 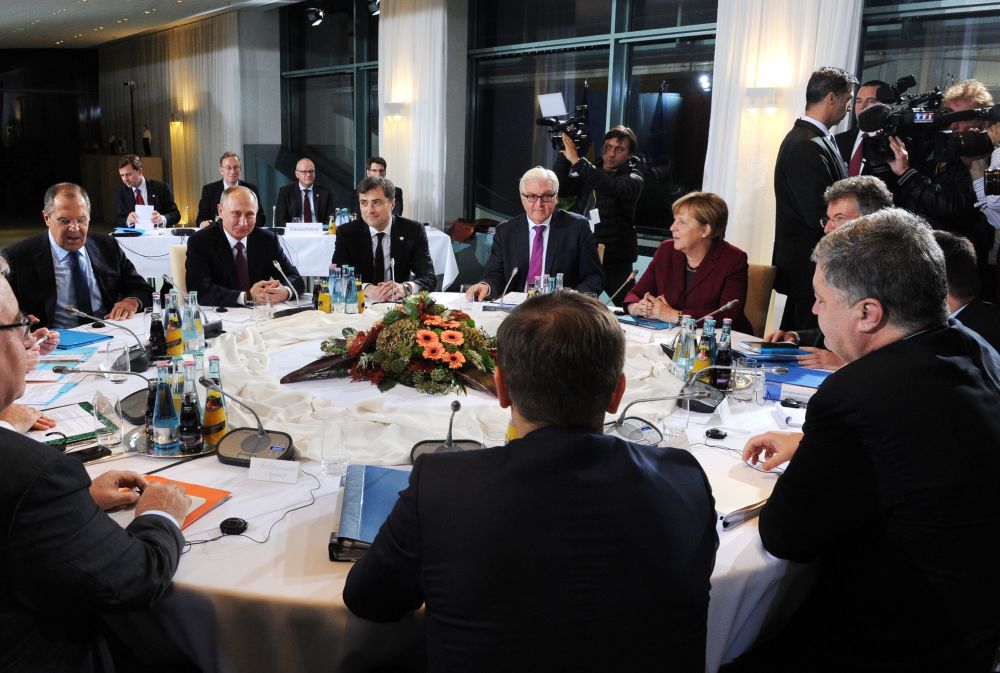 How is this for eye to eye contact on a handshake. Clearly respect each other! 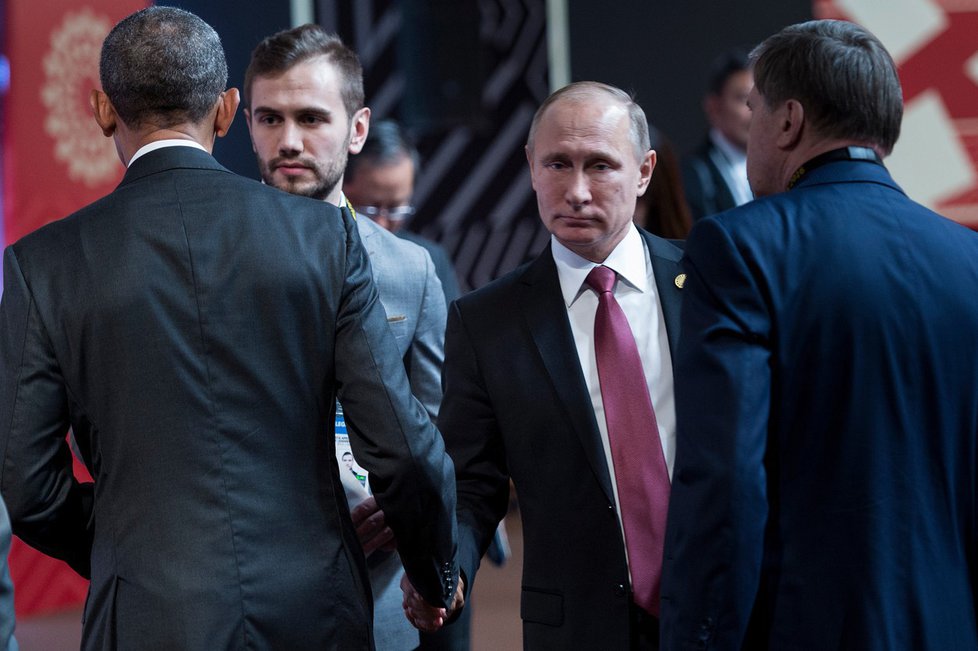 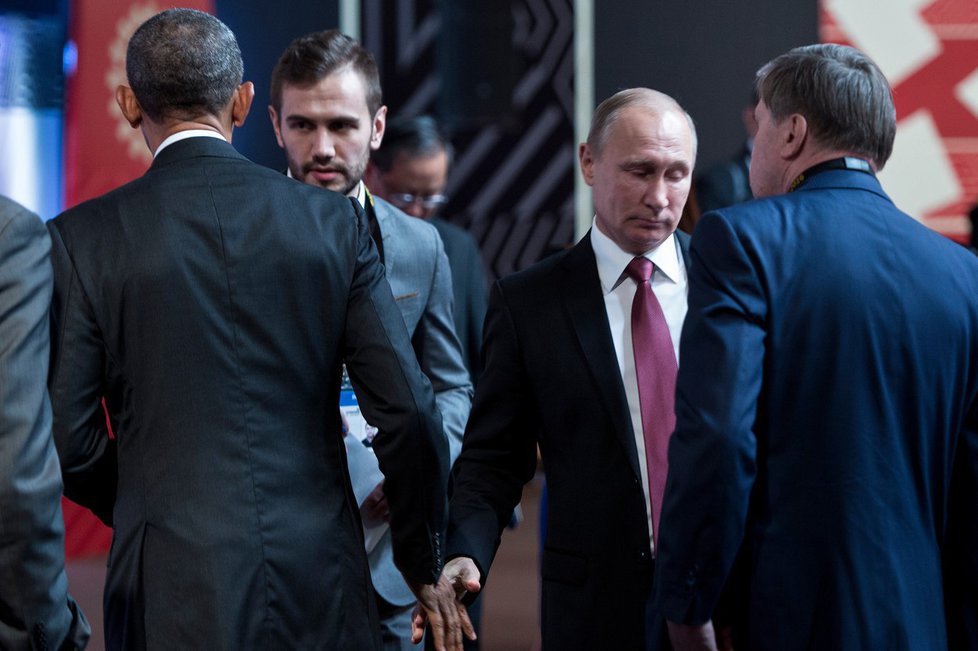 I'm not sure this is the right topic but I didn't want to create a new one.

This is a great video that counters anti-Russian and anti-Putin propaganda pretty damn well:

This is a great video that counters anti-Russian and anti-Putin propaganda pretty damn well:

I'll watch it later. But thank you for the video.
George1

According to the Kremlin press service, "advancing major joint projects in trade and economic sector and the strengthening of cultural and humanitarian ties" will be top on the agenda

Russian president’s aide Yuri Ushakov said Putin and Orban have already met six times, traditionally in February. He said the program of the current visit includes talks in a narrow format, talks with the participation of the delegations, a joint news conference and a lunch.

Russia’s minister of industry and trade, energy minister, minister of economic development, healthcare minister as well as the head of Rosatom state-run nuclear corporation will take part in the talks.

According to the Kremlin press service, "advancing major joint projects in trade and economic sector and the strengthening of cultural and humanitarian ties" will be top on the agenda.

Ushakov said that due to anti-Russian sanctions imposed over Ukraine and global instability, trade between the two countries declined by half, to $3.9 billion in January-November 2016.

A negative trend is also fixed in investment sector, last year mutual investment dropped by half. "This situation in economic cooperation causes concerns in Budapest and in Moscow, of course the sides are not satisfied with this state of affairs, and some measures to optimize trade-economic cooperation and investment cooperation will be considered and maybe charted," Ushakov said.

As for particular sectors, he said Hungary could join in the future the Nord Stream and TurkStream projects of Russia’s gas giant Gazprom. Speaking about cooperation in nuclear power industry, Ushakov said Hungary had pledged problems with the construction by Russia of new nuclear units at the Paks Nuclear Power Plant could be settled.

"The sides will continue boosting joint work in the energy sector and within this context we put much emphasis on the project to build two new nuclear power plant units at Paks, implemented by Rosatom. The project is estimated at 12 billion euro," he said.

Among other issues, Russian President Vladimir Putin and Prime Minister of Hungary Viktor Orban will discuss deliveries of railcars to Egypt by a Russian-Hungarian company. "In particular, Russia and Hungary are planning now to implement large-scale supplies of railcars to Egypt. This issue will also be discussed," Ushakov said.

Production of buses and railcars, upgrade of rolling stock of the Budapest subway and cooperation in the field of pharmaceuticals will also be discussed by heads of states, Ushakov said.

Leaders of Russia and Hungary will also discuss settlement of the debt of bankrupt Malev airline to Russia’s Vnesheconombank, the official said.

The Russian president and the Hungarian prime minister will also focus on international problems, including the Middle East, Syria and Ukraine in view of the latest developments around Avdeevka.

According to the Kremlin aide, the two leaders will also exchange views on the European and global agenda. "In particular, issues related to restoring relations between Russia and the European Union (will be reviewed)," Ushakov elaborated. "Hungary has been playing a rather positive role in this connection," he said.


It is good that President Putin visits my country again, but let's not go personal.

The deal on the expansion Paks Nuclear Power Plant with 2 additional reactors is sealed, but I'm more anticipated about the talks about the situation in today's main conflict zones (Syria and Donbass).

Of course westernist/atlantist opponents of him are also present here. Liberal-leftist opposition in Budapest are planning an anti-Putin demonstration, and last time he visited us, our police caught a half-naked FEMEN activist protesting against him too (she was also an Ukrainian, no wonder

I do not think such a situation can last for long.