GarryB wrote:What is with this reaction guys?

Is the article wrong?

I would expect considering the situation... ie Russia under sanctions from the west and in the middle of a pandemic that economic figures might show some effects... isn't that normal?

A 30% drop from crippling western sanctions and a national pandemic that force people to stay and home and not work is barely a scratch... I would take that as being rather good news... in comparison the US has lost more people than they lost during the Vietnam war over a period of about 6 months compared with a 10 year conflict... wonder what their real figures would be... does anyone actually work out their real figures with all the padding and BS removed?

Because the numbers don't add up

What numbers don't add up?

Russia's retail, tourism, transport, construction, hospitality & leisure industries combined are hardly insignificant, and they have all virtually been brought to a standstill by the virus and lockdown measures, restrictions on travel and so on. Some industries have been affected too (others will come later)

I would expect that most European country's economies would decrease by 20% in April at the bare minimum. For many it would be closer to 30%. For the carefree southern countries most reliant on tourism - 40%.

miketheterrible wrote:Anyway, the so called drop doesn't make much sense tbh. Germany is reliant on small and medium companies, as well as services. If they were on total lockdown, then how did they face a much smaller drop than Russia while Russia still holds a surplus?

They didn't. Germany has only published the figures for Q1 AFAIK. Q1 doesn't include April.

It's mainly tourism, retail, airlines, airports, construction, hotels, fitness & health, bars/clubs/restaurants/cafes that get impacted; and by impacted I mean totally shut down. At least for April, knock-on effects and loss in trade, purchasing power, inflation, deflation, bank defaults, US dollar losing hegemony, etc... will in time affect everything.

Germany will probably escape with a 10-15% decline in April. They are no more reliant on what I mentioned than Russia is, and they are also not a major oil producer.

But it doesn't really matter because Germany will not save Monaco, Italy, San Marino, Spain, Portugal, Malta, Greece, Cyprus, Croatia, Bulgaria - with their incompetent economic models. All the lazy countries with too much sunshine. Germany will be dragged down with them, their empty beaches & hotels, their excess restaurants & cafes, their overstretched medical expenses, their debts, their expensive green energy attempts, and all their salaries to their numerous bureaucrats and state sector employees that they give work to avoid large unemployment figures.
France and Belgium will fare better, but are basically also in this group - too much exposure to retail, tourism, too many state workers, high debt and not solid enough economic fundamentals

Poland, the Baltics, Romania, the Ukraine will be lesser problems, but basically problems as well - due to their reliance on remittances from migrant workers and reliance on EU funds. This was already under threat due to Brexit and the loss of the British employment market and contributions to the EU budget. Now many of those migrants have taken a hike back home and aren't generating much money for their families, while the EU funds and projects will be cut cut cut!
Kosovo, Macedonia, Montenegro, Bosnia, Albania and the Ukraine, these extra-EU black holes that the EU constantly has to give money to. Especially the Ukraine, with all its constant IMF tranches just to prevent a detail due to interest payments on previous loans. They can't do anything with the Ukraine, they can't get rid of it either. Just more mouths to feed.

Which EU countries will do the best in 2020? Finland, Norway, Denmark.
Followed by Sweden, Germany, Holland, Luxembourg, Czech Republic.
Ireland, Austria, Hungary, Slovakia, Slovenia probably square in the middle between the best and worst performers.
If these countries were smart they'd ditch the deadweights or at least elevate themselves to their own club within a club with a common currency. But politics will probably prevent it and the EU will just continue on to its 5th or so crisis in a row, and keep at it until it eventually proves non-viable for good; we're probably still a crisis or two away from that but at the rate they're throwing themselves from one boiling pot to another it won't be too long.

Russia itself is probably between the Sweden/Germany and Ireland/Slovakia level, in terms of economic damage. But in practice better, due to its larger internal market, no EU funding commitments, big reserves and low debt.
miketheterrible

Yeah, construction industry I believe was hit one of the hardest simply because they stopped that.  Which I find rather odd tbh since out here we had no problems with the construction industry and covid breakouts. Oil accounts for 7% of Russia economy and it didn't drop to 0 for longer than a day. So I doubt oil should affect the economy that much in 1 month.

Here is a good link:

What industries and industries were successfully operating under quarantine
owais.usmani

Fixed investments could be supplemented by NWF in investing in infrastructure development. Since it sits at $150B they could do a lot with that.

But they wont spend it.
miketheterrible

This site has gone to shit. KVS hasn't been back and morons everywhere talking about make belief companies like Wagner. I think my time here will also come to an end. Too much trolling and fake news.

Anyway, here is some real news

One of the reasons the west is in the number twos is because there is no room for alternative views or positions.

You have to love alternative sexual lifestyle choices, no discussion, you have to vote the same way I do... republican or democrat there are no other options.

I am not going to censor people with different views... I haven't so far and will not in the future.

I appreciate you get tired of countering stupid, if you want to give up that is up to you, but they wont give up.

You don't change peoples opinions by abusing them personally, you make it personally so they have no choice but to oppose everything you say and then it is no longer a discussion... it is an argument... and arguments on the internet are pathetic...

I would think the current situations would have destroyed Russia in the 1990s, but Russia is much stronger and much more independent and should come through this even better than most other countries on the planet. It wont be that they are untouched like the US after WWI and WWII being the production centre of the planet that got through both wars largely undamaged with money and production capacity free to support the rebuilding, but they are in a much better position than they were in 1946 with most of their cities destroyed and 27 million of their people dead and many more injured or damaged mentally...

You need to slip out of "defend Russia" mode and recognise this was not good for Russia, but Russia is now much stronger than it used to be and can weather it and will come back even stronger.

It is only western dicks that think a 5% growth in GDP is what everyone needs and nothing else matters... if you had 5% GDP growth during this period it is because you are outright lying about your numbers like the Ukraine, or your numbers are made up and include illegal activity (which goes on regardless) which means your numbers don't matter anyway... you are fooling yourself.
owais.usmani 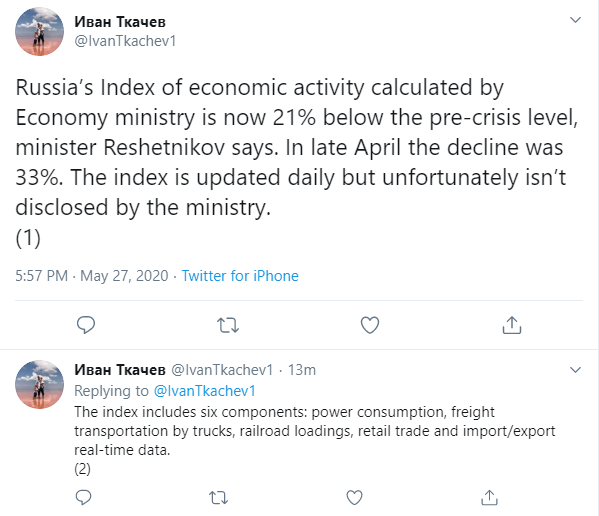 miketheterrible wrote:This site has gone to shit. KVS hasn't been back and morons everywhere talking about make belief companies like Wagner. I think my time here will also come to an end. Too much trolling and fake news.

Anyway, here is some real news

Everyone knows who the trolls are, just ignore them, before reading any comment, I normally see who it is by. If it is a troll, I just skip it.
GarryB

There is the ignore option too...

The world will always be filled with people who don't agree with you.... get over it... I have spent the best part of 30 years on the internet talking to American teenagers for the first decade trying to tell them that Russia is not actually evil and is not even out to get them and to be honest probably think less about you than you think about them most of the time. The real difference between Russians and Americans is that while both say their governments lie to them the Russians actually fundamentally believe it, whereas with any test... say Saddams WMDs they will tell you they don't believe or trust politicians but when US politicians say Iraq has nuclear or chemical weapons and we have to invade them then Americans just accept that that is true without any evidence.

Perhaps English words have different definitions in US dictionaries... but most in the west believes the same all politicians are liars but Russia is evil because our politicians keep telling us so and our media too... in the 1990s the media didn't really take sides very often and it was OK to question things... but these days if you don't print from their script then you can't come back and if you can report you are no longer a reporter... so you tow the line or get excluded for the information well...

Effectively western media have been trained like dogs and are just as obedient.

There are plenty here who immediately agreed with western media that Maduro is evil and bad and that the people of Venezuela hate him... but gradually over time we got the truth and the truth was that the western media was talking shit again to start another war for oil.

The key to the truth is the opposite of anything the western media reports.

If the west is angry at Putin or Russia or China then they have probably done something right.
Big_Gazza

GarryB wrote:The key to the truth is the opposite of anything the western media reports.

If the west is angry at Putin or Russia or China then they have probably done something right.