US Navy and Naval Aircraft: News

lyle6 wrote:Concern? I'm sorry can you be more servile than that? Hells, the perfect time to wave the Brahmos around and you bend over instead.

Agreed. But India doesn't quite have the military capability to take on the U.S.

GarryB wrote:Don't worry... I am sure the US will have Indias back if things turn bad with China and a real conflict starts... they have a long history of standing side by side with allies...

As you would imagine it's highly unlikely that these people will dare to challenge the US, knowing fully well what the consequences could be.
walle83

The Littoral Combat Ships seems to continue to create problems for the US navy.

As you would imagine it's highly unlikely that these people will dare to challenge the US, knowing fully well what the consequences could be.

Yeah, you are whipped... so it is no big deal, you can do as you please because your new boss... America, will never let you outgrow them and you are giving them all the levers and whips and chains they need to control you.

They wanted the natural resources of Russia, but are getting the human slave labour resources of India instead.'

Sujoy wrote:
Agreed. But India doesn't quite have the military capability to take on the U.S.

Its not about fighting the US. Its setting boundaries and forcing the US to respect those boundaries. For some reason India sees herself as the junior partner to the relationship when it doesn't have to be that way. The US needs India as much as India needs the US for each other's geopolitical purposes.

As you would imagine it's highly unlikely that these people will dare to challenge the US, knowing fully well what the consequences could be.

Russia and China have the same problem with elites trying their hardest to straddle two chairs. But do you see those complications stopping them from pursuing national aims?
andalusia

this is an interesting article about the US Navy getting Hypersonic missiles:

this is an interesting article about the US Navy getting Hypersonic missiles:

Biggest Navy Exercise in a Generation Will Include 25,000 Personnel Across 17 Time Zones


Tens of thousands of sailors and Marines will participate in the biggest U.S. naval exercise in a generation to test how the services will fight across vast distances as they prepare for possible conflict with China or Russia.

Aircraft carriers, submarines, planes, unmanned vessels, and about 25,000 personnel will participate in Large Scale Exercise 2021, which will begin in late summer.

Russia and China have the same problem with elites trying their hardest to straddle two chairs. But do you see those complications stopping them from pursuing national aims?

Sanctions and rhetoric coming from the US tells all Russians and Chinese wanting to listen that they have to be vassal states to be friends with the US, so it is much easier for the elites to realise their future is not there.

For India quite a few probably think they can become super rich with US investment, but I suspect Bangledesh is in a worse state than India and able to offer lower price workforces that are more expendable.

Good article about the US Navy not being prepared to fix their ships in a major war with Russia or China.


The Russian Ministry of Defense released a video showing a pair of Su-30SM fighter jets that intercepts U.S. Navy P-8A Poseidon maritime patrol and reconnaissance aircraft over the Black Sea on Tuesday evening.

“The crews of the Russian fighters identified the aerial target as a Boeing P-8 Poseidon aircraft and shadowed it over the Black Sea,” the National Defense Control Center said.

The aircraft that belonged to the United States was not allowed to violate Russia’s state border, it stressed.

Exercise Sea Breeze is a multinational maritime exercise co-hosted by U.S. Sixth Fleet and the Ukrainian Navy in the Black Sea since 1997. Sea Breeze 2021 is designed to enhance interoperability of participating nations and strengthen maritime security and peace within the region.

Exercise Sea Breeze 21 is about training together and making new friends based on a shared commitment to peace and stability in Europe.

Wow, scrapping essentially brand new ships... did they ask the Brits if they wanted some for free... something is better than nothing...
Isos

GarryB wrote:Wow, scrapping essentially brand new ships... did they ask the Brits if they wanted some for free... something is better than nothing...

I wouldn't call it a ship. More like a patrol boat.
GarryB

Agreed, but better than nothing... maybe Rolls Royce can fix the propulsion system and get them running at full speed... if China was smart they would send a dozen subs to UK waters and sail around on the surface rubbing it in that the entire operational fleet is in Chinese waters at the moment.
Finty

Just stumbled across this... about time!

The single-seat F-35C jets, assigned to Strike Fighter Squadron 147 based at Naval Air Station Lemoore, Calif., are the newest jet to expand the wing’s capabilities to project air power at sea. The CMV-22B, flown by the “Titans” of Fleet Logistics Multi-Mission Squadron 30, will extend the air wing’s legs, expanding the logistical resupply reach for the carrier and strike group.

The Osprey, with its short takeoff and landing capabilities, provides Vinson and Carrier Strike Group 1 with the carrier-on-board or COD mission that has long been provided by the Navy’s aging C-2 Greyhound turboprop airplane.

The presence of the Osprey in the carrier air wing as the COD aircraft also exponentially expands the resupply distance and time. A carrier-version of the Marine Corps’ MV-22B Osprey, the CMV-22B, can take off and land like a helicopter but fly like an airplane at higher altitudes, with faster speed and at longer range. It can haul needed spare parts, including the F-35C’s replacement F135 jet engine, if needed, from either a cargo ship at sea or a shoreside facility, as Vinson practiced back in March with the CMV-22B.

Officials haven’t detailed where the carrier strike group will deploy other than to the Indo-Pacific region to support global maritime security operations. “It’s all dependent on where we’re needed in the world,” Vinson‘s spokeswoman, Lt. Cmdr. Miranda Williams, said in a San Diego Fox5 news segment Monday morning.

Aboard Vinson are more than five dozen aircraft assigned to CAW-2.

Vinson returned to San Diego in September 2020 in a homeport shift following a 17-month overhaul in at the Puget Sound Naval Shipyard & Intermediate Maintenance Facility in Bremerton, Wash., where the ship went through a scheduled $367 million dry-docking and overhaul and upgrades throughout the carrier to include modernization to accommodate the F-35C. 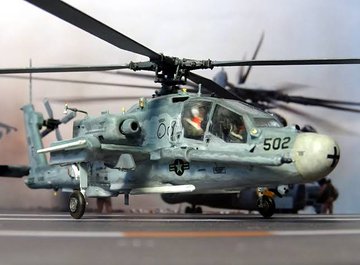 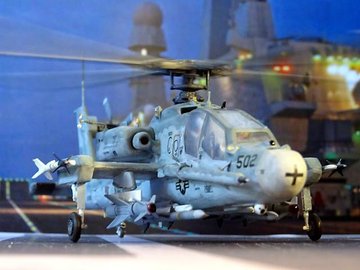 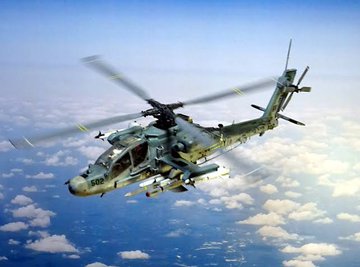 When I saw the pictures, my first gut feeling was, "that looks like something that comes out from whatif modelers site". And I was right:

But it was not entirely imagination. There was a project to navalize the Apache in the late 80s, and the kitbasher captured it quite well. Apologize in advance if the site I cited is among the untrustworthy:

GarryB wrote:Agreed, but better than nothing... maybe Rolls Royce can fix the propulsion system and get them running at full speed... if China was smart they would send a dozen subs to UK waters and sail around on the surface rubbing it in that the entire operational fleet is in Chinese waters at the moment.

In the turbulent South China Sea, the US Navy bets on on a troubled warship.

Even if Chinese subs came to the North Atlantic/Sea now, they would face UK's ASW aircraft & subs, as well as other littoral navies.
George1

Huntington Ingalls Industries (HII) cut the first steel external link plate for use on the US Navy’s fourth ship of the Gerald R. Ford Class aircraft carrier Doris Miller (CVN 81) on Wednesday at its Newport News Shipbuilding division, marking the beginning of its construction. Doris Miller is the second ship of the two-carrier contract award HII received in January 2019 for the detail design and construction of the Gerald R. Ford-class aircraft carriers; Enterprise (CVN 80) being the first ship of the contract.

Ford’s PIA was scheduled to serve as the final maintenance phase for the ship prior to her inaugural deployment next year.

“Team Wolverine is ready for this brief but important maintenance period in Newport News, because we’re pumped for what comes next. This is a first-in-class warship that will lead the future of carrier naval aviation for years to come, and this PIA is the last milestone for us to complete prior to our first work ups and deployment.”

Capt. Paul Lanzilotta, Ford’s commanding officer
The move to Newport News comes on the heels a fast-paced and successful 21 months of post-delivery test and trials (PDT&T) and Full Ship Shock Trials (FSST), an intense testing and trials period crucial to ensuring the overall deployment readiness of Ford, and improving upon the construction and ship trial process for follow-on carriers in the class, among them: the future USS John F. Kennedy (CVN 79), Enterprise (CVN 80), and Doris Miller (CVN 81).

During PDT&T the crew completed all required testing, accomplished planned improvements and maintenance ahead of schedule, and learned valuable lessons to increase the reliability of Ford-class systems. At the same time, the ship also served as the sole East Coast platform for conducting carrier qualifications, qualifying more than 350 pilots.

“This ship and the crew performed exceptionally well during shock trials, and much of the credit goes to the ship designers and builders who put in the technical rigor to ensure Ford-class carriers will sustain Naval Aviation for generations to come,”

The Gerald R. Ford-class represents the first major design investment in aircraft carriers since the 1960s. CVN 78 is engineered to support new technologies and a modern air wing essential to deterring and defeating near-peer adversaries in a complex maritime environment.