#BREAKING: #IRGC backed #Houthi rebels claim that they have shot-down an F-15 fighter jet of Royal #SaudiArabia Air Force using Fater-1 (3M9M4) surface-to-air missile launched by 2K12 Kub (SA-6) SAM. However what we can see here is the F-15 continues flying despite the damages. pic.twitter.com/y3MNzh5jYc 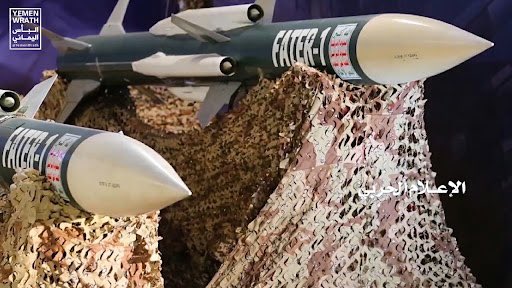 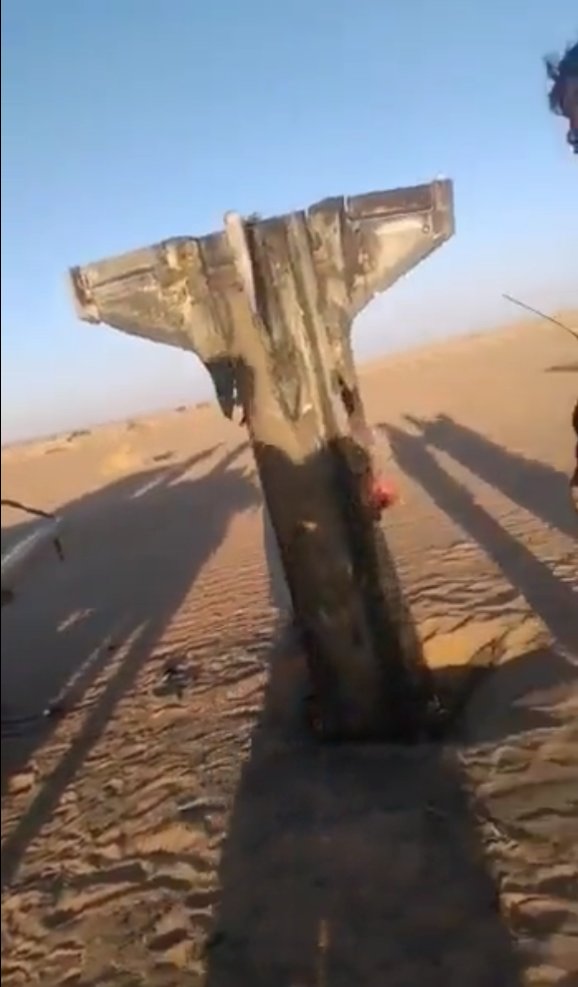 F-15:is a pretty good aircraft and has a fairly good record and to be taken out by a Soviet system shows two things Soviet systems are still deadly and pilot skill is still major factor.

For years I heard on other forums slagging off Soviet systems as shit and the F-15 a the best aircraft ever bullcrap, well am waiting for the excuses on this one, I can already hear it, it's fake, not true, the pilot must have just been a newbie, it wasn't an F-15, or it was the basic form of F-15 so many excuses rather than admit not everything made in USA is invincible

It was an an f-15 and a pretty advanced one, the E version probably because the C can't do air to ground.

Saudi pilots operating in Yemen got lot of expeeience over the last years operating daily there.

However you can see the plane was not taking evasive manoeuvres. It makes me think the EW system was either broken or the pilot wasn't thinking they can launch radar missiles.

The jamming was also probably not used but at such close distance with a rcs of 15m2 for the f-15 it would have been useless.

They waited that it enters a no escape zone and shot it down. They probably had iranian AD specialists with them.

The F-15 is a very capable aircraft, but if the missile is optically guided then the pilot probably wont get a lot of warning... the F-15 appears to be flying rather high and in AB so likely rather fast and I suspect he thought he was above ground fire range. Note after the explosion there appeared to be two flares launched which suggests the EW system of the aircraft may have detected the missile in the last seconds and thought it was an IR guided weapon.

Don't know much about that version of that missile but the original Soviet SA-6s were upgraded with optical guidance, to sort of convert them into command guided missiles where the target is not painted with a radar beam for the missile to passively home in on, as that illumination radar signal is easy to detect so you know immediately you are under attack and would start to manouver.
Sujoy

SA6 Gainful - soviet-era SAM, getting a full mission kill. Wonder why there wasn't a 2nd shot to take out the F15.

Maybe they were confident of their one shot one kill ability.

I understand the wreckage of the F-15 has not been found. Maybe it was hit but still managed to land safely.
Isos

Flare very likely were started by the explosion.

The f-15 is on fire it seems so they hardly saved the aircraft. Probably crashed in the saudi desert.
Sujoy

Isos wrote:Flare very likely were started by the explosion.

The f-15 is on fire it seems so they hardly saved the aircraft. Probably crashed in the saudi desert.

It wasn't shot down. Even the Yemini's are claiming that they intercepted the F-15, forcing it to leave. Which is why I said initially that they should have fired more than one SA-6.

You can't know. It may have flown for another few minutes before the engine get destroyed and the fire destroyed the aircraft.

You can see the fire after the hit.
Sujoy

I wouldn't but was hoping Russian and French satellites would.

I wouldn't but was hoping Russian and French satellites would.

They are not magical. It's hard to find a f-15 that crashed in the middle of the desert. It may be covert by sand now.

There was a case of an Israeli F-15 which flew after having its wing torn off. The huge centerbody of the F-15 proved enough to generate the lift required to get back to base.

Isos wrote:They are not magical. It's hard to find a f-15 that crashed in the middle of the desert. It may be covert by sand now.

Two year ago, Pakistani F-16s shot down an Indian Mig 21 Bis and it fell in thick forest in an are where the avg, altitude is 7000ft, and yet U.S sats picked it up.

But then you are also correct, French and Russia sats are not as hi-tech as U.S ones.

Yeah, high tech sats is why the US won in Afghanistan and is winning in Syria, and why they saw the Russian force that took back South Ossetia and were not surprised at all... oops... except none of that is true is it?

Most US satellites are probably busy picking women doing their shopping or in a church at prayer to murder with their drone strikes... HE is old school... now they go all Bruce Lee and use Ninja swords on their missiles to really slice and dice the women and children they murder.

Probably a lot in Yemen too... though they seem to have let the Saudis perform most of the murders. They wont learn if they don't get their hands dirty.

The real amusing thing is that they were likely funding the Taliban in Afghanistan against the Americans too... interesting bed fellows the US chooses.

Yemini army watching the results of some of their hard work on a Saudi/Hadi ammo dump.

Arab News
@arabnews
·
48 Min.
#BREAKING: Arab coalition says it will present evidence of #Hezbollah's involvement in the use of #Sanaa airport to target #SaudiArabia during the briefing http://arab.news/zsgtw

So what if there was any evidence... the people of Yemen that Saudi Arabia are murdering and the US are turning a blind eye to need all the help they can get and if any group offers help or support I would be rather surprised if they said no... they don't have the luxury of turning down help, their position is desperate.

The Houthis have seized a U.A.E. ship carrying Saudi weapons (including some new Kalashnikov rifles):

MRAP getting hit by ATGM, soldier getting killed.

Nice but look what just happened in Shebwa. The so called Giants Brigades have driven the Houthis out, and they've also lost ground near Marib. Only about a month ago, the rebels seemed confident of victory, and the fall of Marib seemed imminent. Why have things suddenly taken such a turn for the worse? What comes next? Have the Houthis lost?
JohninMK

Nice but look what just happened in Shebwa. The so called Giants Brigades have driven the Houthis out, and they've also lost ground near Marib. Only about a month ago, the rebels seemed confident of victory, and the fall of Marib seemed imminent. Why have things suddenly taken such a turn for the worse? What comes next? Have the Houthis lost?

This might be an answer, suckered into a trap?

Spriter
@spriter99880
·
4h
the fault of the UAE / Giants mercenary is that they passed through the valleys without clearing the mountains of Asilan, Baihan or Ain. Now it's coming back to them.
Shabwa will be the graveyard of these mercenaries 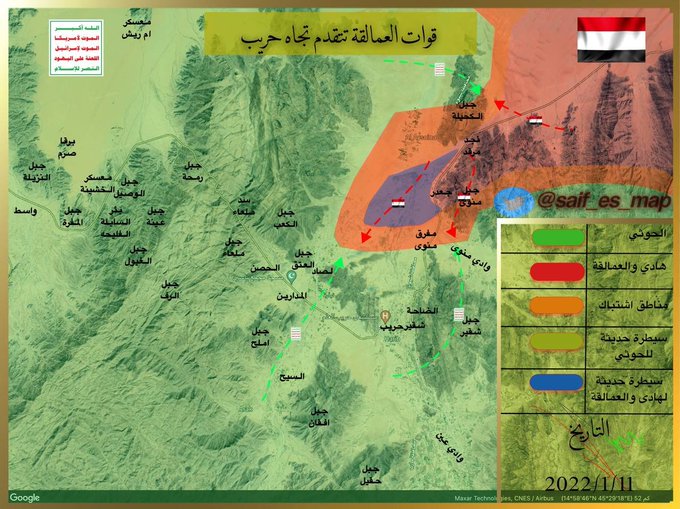 The trap was sprung.

Spriter
@spriter99880
·
8h
the main purpose of the plan of the Yemeni army and popular committees for the battles in Shabwa is to inflict heavy casualties on the Takfiris of UAE/Gianst mercenary, who have achieved this well as well.

The statistics given by the spokesman of the Yemeni Armed Forces about the terrible casualties of these Takfiris, and the names of all of them, are available and tell us how the Emirati people sent the Takfiris to the slaughterhouse to achieve their evil goals.

The definite killing of more than 550 people and the disappearance of 200 people in 16 days of fighting, along with the wounding of more than 850 people, is not a small number at all for a multi-axis war.

These numbers tell us that maybe the Emirati people were trying to get rid of these Takfiris ...

Military spokesmen: Over 1,365 UAE-backed militants killed and wounded in Shabwa

Ansarullah officially warned the UAE about the continuation of adventures in Yemen and announced that if they do not stop, we will dig deep into the UAE.