When will civil war end in Karachi?

when will balochistan be pacified?

when will insurgency end in KPK province? when will pakistan stop bombing and droning its own people?

when will corruption end?

will the country even exist in a decade? or continue on as a failed state?

Basically nothing has changed. All for the worse.

Hi LUL da PUL! It is clear by your post that you are an Indian Punjabi.(Can I carry my lul upon your Pul?)

1 There is no civil war in Karachi.Only raw agents are being captured by law agencies.

3 There is no insurgency in KPK (You are damn wrong)ask your agents why they provide you wrong info.( For you to pay Money?)

4 Corruption is being treated by Iron hand & under control.

5 No effect on Pakistan but your country is in trouble.Hahahaha

6 Pakistan will be there always Insha'a Allah but can't say about your country.

Paki power nothing has changed.

And no I am not Indian. I wouldn't start this thread if I was Indian!

Do you even live in Pakistan anymore?

I worked there, and I saw the situation in that lawless country. It is beyond help buddy.

And no I am not Indian. I wouldn't start this thread if I was Indian!

Do you even live in Pakistan anymore?

I worked there, and I saw the situation in that lawless country. It is beyond help buddy.

You are still living in past.What can I say if you continue dreaming,carry on my dear.I don think you read news all around the world.rite?All world media is saying that Pakistan is doing v well on terror n economically but ppl like you always want to degrade Pakistani success.But what ever you say it will not change the realty and I think we are fine doing well don you worry about Pakistan.You are not Pakistan's uncle so it is none of your business to interfere in Pakistani matters.I think this dose is enough for time being.
George1

The multi-roll fighter aircraft is the joint production of Pakistan and China.

Speaking on the occasion, Nawaz said that Pakistan was ready to give Sri Lanka the most favoured nation (MFN) status in trade. He said that there were vast opportunities for bilateral trade and its quantum should be taken to one billion dollars annually.

On this occasion, Sri Lankan President said that his country enjoys close relationship with Pakistan and Sri Lankan people acknowledged Pakistan’s role in promotion of bilateral ties between the two countries. He said that the leadership of Prime Minister Nawaz Sharif has created political stability in Pakistan.

Later, addressing a seminar on Pakistan-Sri Lanka relations at the Institute of International Relations and Strategic Studies in Colombo, the prime minister urged all regional countries to enhance their literacy rate and overcome diseases, poverty and malnutrition. “We should also strengthen our bonds of trust for resolution of these problems,” he said.

He said that both the countries enjoy commonality of views on international issues and Sri Lanka was the first country entered into a free-trade agreement with Pakistan.

About relations with India, the prime minister said that he would be remained committed to promoting peace and stability in the region. “The foreign secretaries of the two countries are meeting within the next few days to determine the modalities of the dialogue process,” he said.

He also said that Pakistan had consistently supported an Afghan-led and Afghan-owned peace process and would continue to do so in future for the sake of regional peace.
max steel


In December 2015 Malaysia's high commissioner to Pakistan said Malaysia was considering purchasing the JF-17 and might make a decision "very soon". Malaysia's defense minister denied this the following day.

Nevertheless, PAC officials attending DSA remain optimistic about a future sale to Malaysia. Myanmar has been widely reported as the first JF-17 customer.

PAC officials also countered recent negative reports about the JF-17 in Western media. They denied a JF-17 had broken up in flight due to faulty wing design, as had been reported earlier this year. According to press reports, India recently advanced criticism of the JF-17 to lobby against the JF-17's sale to Sri Lanka.

Regarding future JF-17 development, on multiple occasions Pakistani officials have affirmed their commitment to the 8.7-ton-thrust Klimov RD-93 turbofan. However, officials speaking to IHS Jane's at DSA 2016 said that for the goal of advancing aircraft performance, they were open to considering China's 9-ton-thrust WS-13 or the 9.4-ton-thrust Klimov RD-33MK.

Russian industry sources at DSA 2016 noted that the WS-13 remains at an early stage of development and has an estimated service life of 2,000 hours compared with 4,000 hours for the RD-33MK.

PAC officials also confirmed that the new JF-17 refuelling probe design, recently seen in China, will be the configuration for the JF-17. These officials also noted that Pakistan has an anti-ship variant of the new China Aerospace Science and Industry Corporation (CASIC)-developed hypersonic CM-400 air-to-surface missile. They said a twin-seat JF-17 would begin test flights in late 2016 or early 2017.
George1

New batch of aircraft was handed over to the Air Force Kamra airbase and became part of the 14th "Tail Choppers" squadron. During aircraft handover ceremony was attended by Defense Minister Khawaja Asif. In service already has 70 aircraft of this type, which is a joint Sino-Pakistani product. The planned volume of purchases of the JF-17 is 150 aircraft.

According to Chinese network resources, on April 24, 2017, Chengdu Aircraft Industries Company (Group) (CAC, part of the Chinese state aircraft corporation AVIC) in Chengdu made the first flight of the first prototype of the two-seat training and combat version of the lightweight fighter of the Sino-Pakistani Production of FC-1 Xiaolong (JF-17). In the Pakistan Air Force, should be designated as JF-17B. 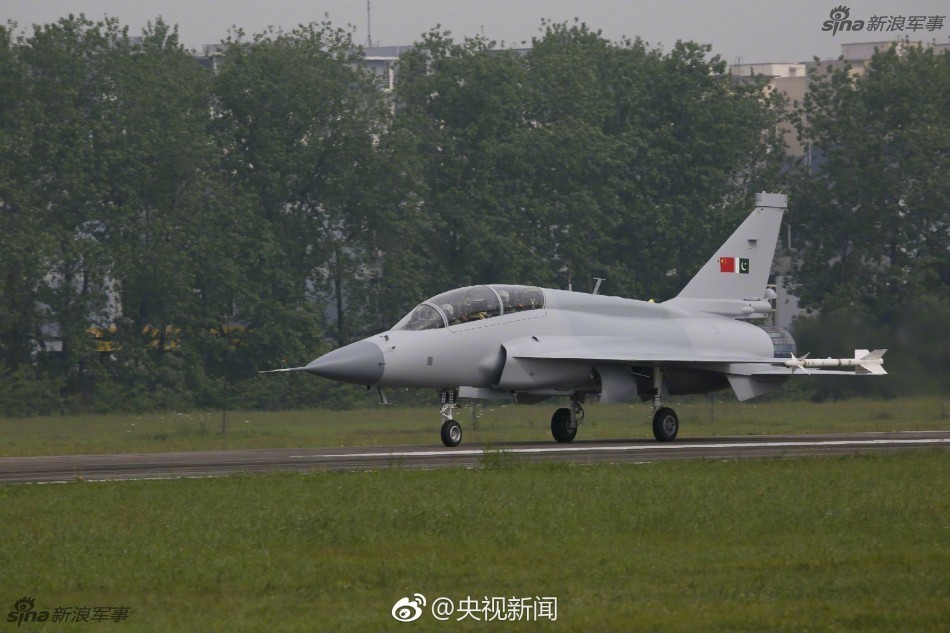 Good work there George. Finally we see a dedicated trainer variant. Disappointed however that this conversion trainer shows no evidence of signature reduction. And they had all this time to rework the design after all this while! Still a good effort, however this is very 90's to say the least.
George1

The 100th JF-17 fighter was built in Pakistan

According to Pakistani resources, on December 30, 2017, the Pakistan Aeronautical Complex (PAC) in Pakistan held a ceremony of rolling out the hundredth JF-17 Thunder fighter built on it. 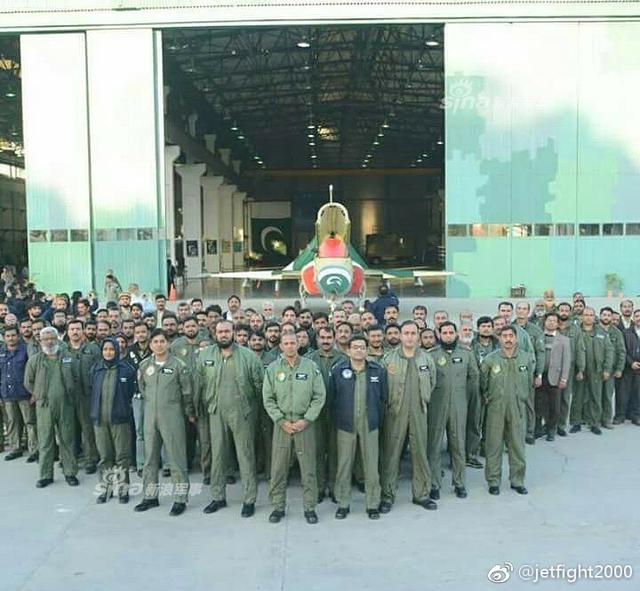 The first flight of the upgraded fighter JF-17 Block 3

On December 15, 2019, at the Chengdu Aircraft Industries Company flight test station in Chengdu, China, it first took off and began flight tests of the first model of the upgraded version of the Sino-Pakistani lightweight fighter JF-17 Block 3 (serial number of the first prototype 3000).

The JF-17 Block 3 fighter received a number of improvements, including the on-board radar with AFL KLJ-7A and the wide-angle holographic display (HUD). The aircraft will carry an expanded assortment of guided weapons (also Chinese). 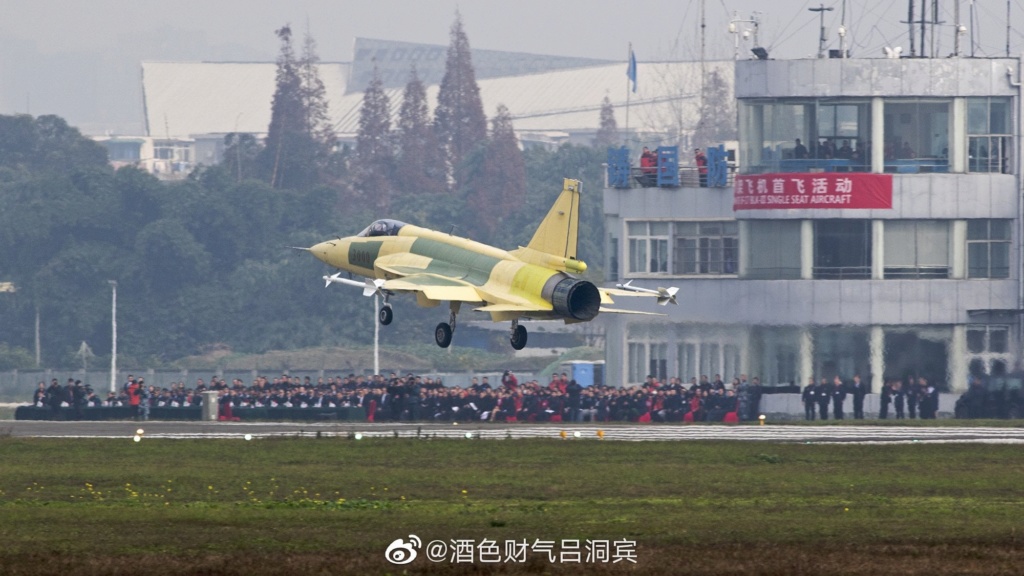 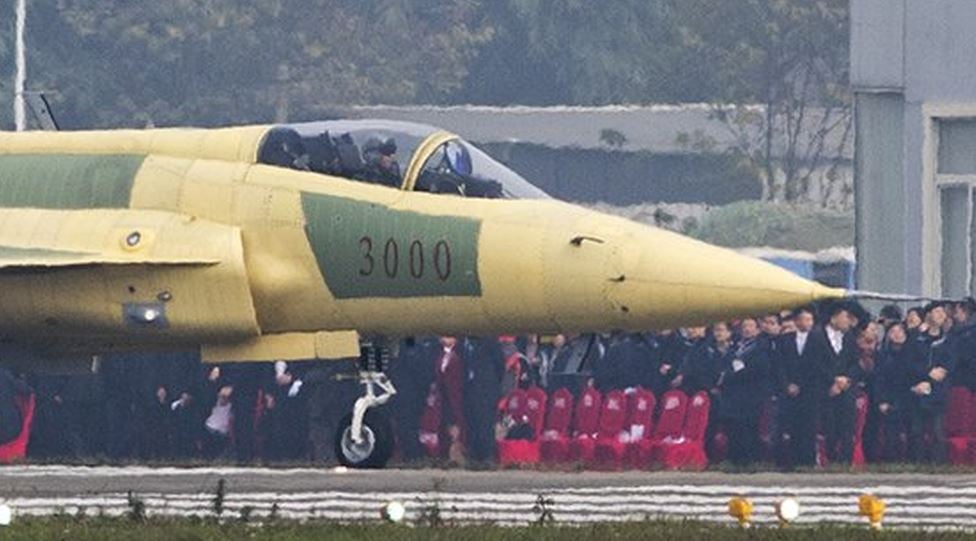