Hi gents,
I've got a question concerning not an exactly new piece of artillery :
Is there a specific limber for the 76mm M-99 GP (GRAU 2A2) mountain gun to carry the ammunition steel canister ?

Russia will hold a massive auction for old weapons

A very detailed look at the new base being constructed on the Kuriles.
https://translate.google.com/translate?hl=en&sl=auto&tl=en&u=http%3A%2F%2Ftwower.livejournal.com%2F&sandbox=1
George1

Thanks to the mega contribution by Alex, we see quite a few new (or at least to me) things from Army 2015:

Maybe it's not new, but it seems new to me...some new SIGINT vehicle? It seems vaguely familiar, but I cant seem to recall if I've ever seen this vehicle before:

Some unknown hybrid of Vystrel and a recovery vehicle?

Here what looks like an up-armored Vystrel, and now it doesn't look 'as bad' as it used to:

And lastly what looks like a SWAT/OMON version of the Ural Typhoon-U:

magnumcromagnon wrote:
Here what looks like an up-armored Vystrel, and now it doesn't look 'as bad' as it used to:

To me, it looks like it has a new more powerful engine rather than extra armour

The Signals vehicle is new to me as well....while the recovery version of Vystrel looks....weird

magnumcromagnon wrote:Maybe it's not new, but it seems new to me...some new SIGINT vehicle? It seems vaguely familiar, but I cant seem to recall if I've ever seen this vehicle before:

Mystery solved...it's a jammer called "Kivi".....Garry and Om. Spud should be proud Not sure what this turret is 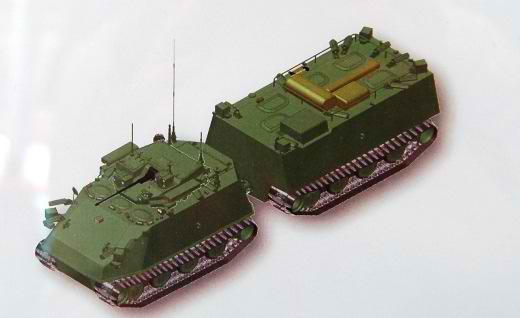 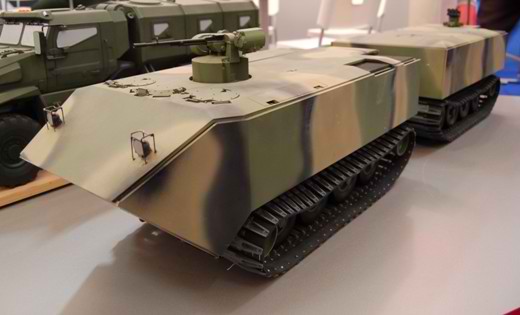 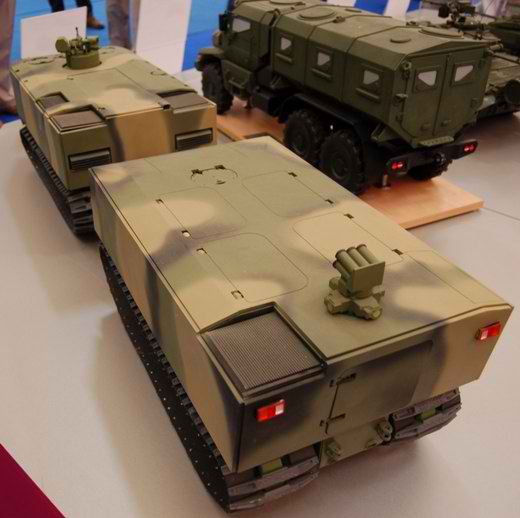 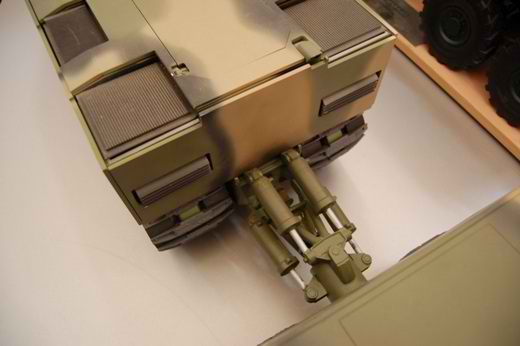 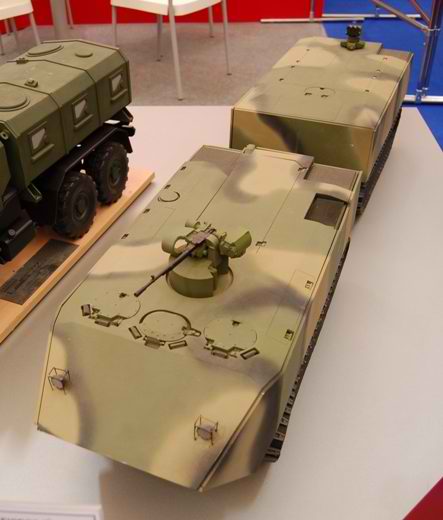 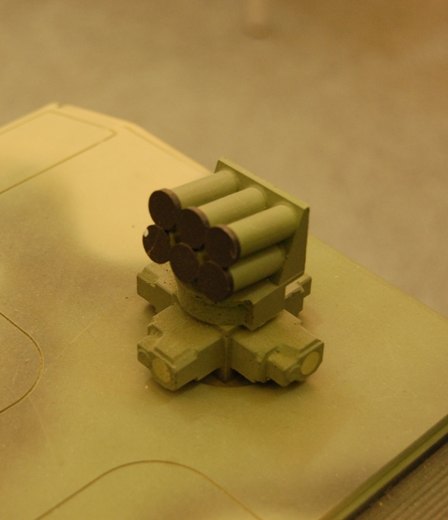 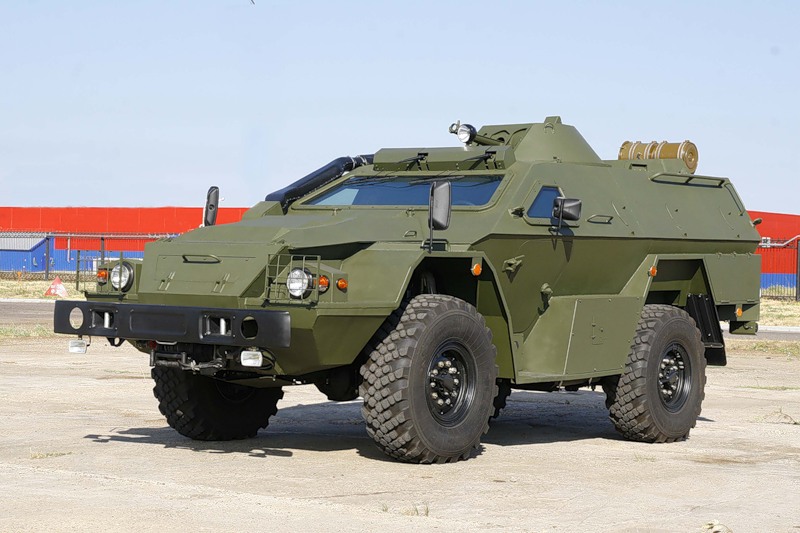 Kamaz can do better than that, anachronistic design IMHO, but for Border guards and MVD guys it's good enough

Kamaz can do better than that, anachronistic design IMHO, but for Border guards and MVD guys it's good enough

Vystrel was designed as Border guard armored patrol vehicle, based on standard Kamaz truck to made its maintenance as chip as possible. Novorussian army have few Vystrels in armament, so it have some war experiences. It is no worse troop transporter than old BTR-60/70, but far more simple for repairs and they could take spare parts on the battlefield from damaged Kamaz trucks.
JohninMK

I am new here so not sure where to put this but felt it worth putting up here rather than burried in the Ukraine thread, even though it could have the potential to be used against the fortifications being installed there. This is a Yandex translation.

The Ministry of defense announced the creation of the first assault battalion
30.06.2015 15:25:04
Moscow. June 30. INTERFAX-AVN - the First assault engineer battalion was created in the Russian Armed forces on the basis of the 1st engineer brigade in Murom, said the head of the Engineering troops of the Russian armed forces, Lieutenant-General Yuri Stavitsky.
"We have today in the composition of the airborne assault units, and we're part of the 1st engineer brigade formed of the same battalion. He is the only one. Test, see how it will work," he said Tuesday.
The new battalion is completed solely by contract personnel and reports directly to the head of the Engineering troops. In part two of the assault company and one company of heavy specialized equipment. Especially for the battalion developed a new outfit. "While in exercises to use them will not. The battalion have already been picked, and now it must train and prepare - it's a new technique. We now create a new assault strip for them, training facilities, equipment," concluded J. stawicki.
He stressed that this idea is implemented a unique experience of the great Patriotic war, when as part of the Engineering troops was 10 sapper armies and about 20 assault engineer-sapper brigade of special purpose.
"Any place, any fortified area, which buzzed by our troops, these were accompanied by sappers. They had a special bullet-proof vests, the men were selected not older than 30, preferably athletes or physically developed," said Yu Yu.

J.Hawk's Comment: This is not the sort of news that makes headlines, even though maybe it should. The establishment of a new military formation is usually a reflection of the type of warfare the military in question expects to be fighting in the foreseeable future. The fact that, as Savitskiy pointed out, assault sappers are an offensive branch of forces specializing in breaking down resistance in fortified and urban areas, suggests that's the kind of fighting the Russian military might see in the future. Question being, where? It seems like too much of a coincidence that just as the UAF are betting on static field fortifications, the Russian military is re-establishing units whose primary mission is defeating such fortifications...

Incidentally, it's not the only such news in recent months. It was reported earlier that the Russian Ground Forces re-instituted the First Guards Tank Army, with headquarters somewhere in the Moscow Region. The news report did not specify whether the 1st GTA is in fact intended to operate as a tank army (in other words, as an offensive formation responsible for the break-out once the assault sappers have completed their break-in...), or whether the name is simply an honorific. Still, given that the Russian military doesn't do things on a whim or without a grander purpose in mind, one has to wonder what are the contingency plans for which these formations are being established. 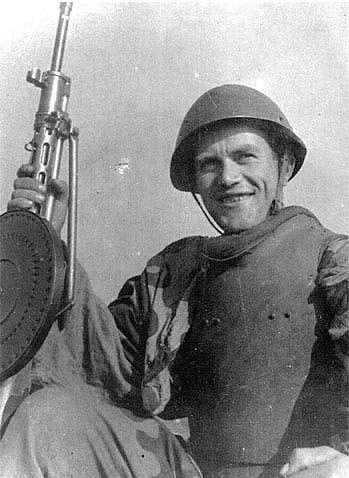 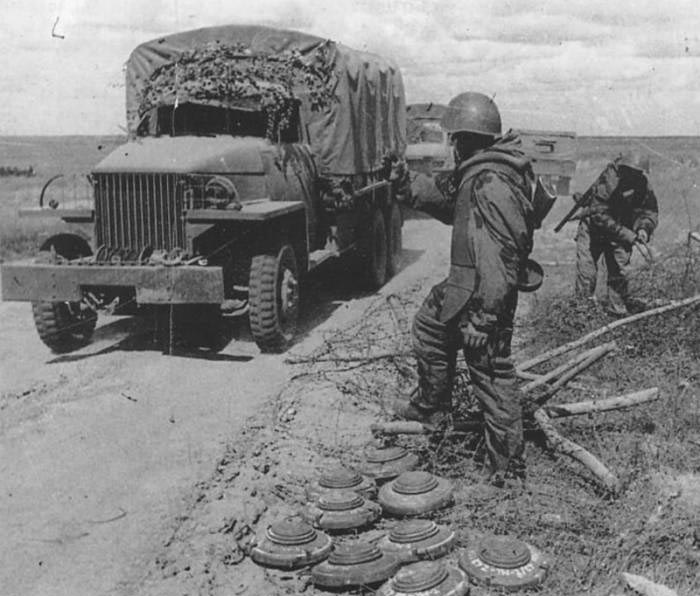 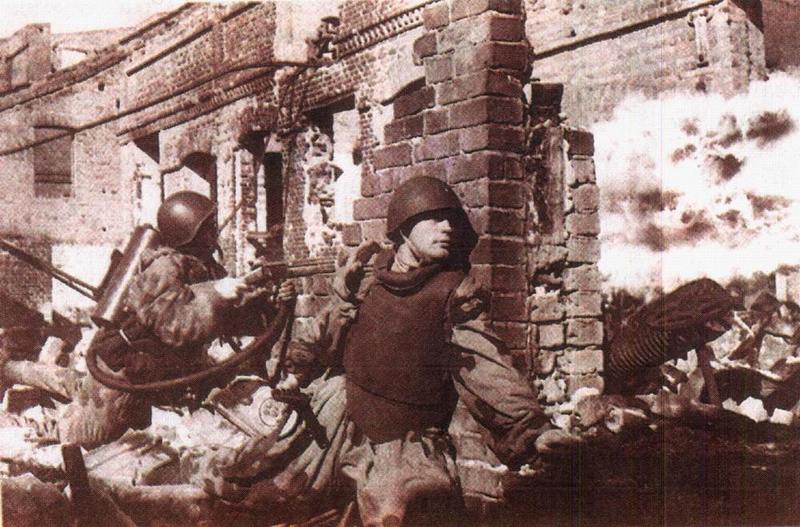 Yes, I read that but having a hard time with that much new equipment in one year. Possibility that it means that there will be a total of 2000 new and modernized artillery weapons in the military by years end.
PapaDragon

Russian Army engineers will be using yaks for transportation of equipment and cargo.

Yaks as in animals not Yakovlev aircraft...

The first "test" animals will take place at an altitude of about 2700 meters above sea level in the Itum-Kale district of the Chechen Republic, which planned to build a ski resort

"The first" test "of yaks pass at an altitude of about 2700 meters above sea level in the Itum-Kale district of the Chechen Republic, which planned to build a ski resort. Sappers since early this year has already been cleared of explosive objects more than 200 hectares of mountain slopes, all within a year planned to clear 700 hectares, "- said in the county.

Because of the mountainous terrain the use of special equipment is not possible, and engineers YUVO actively used as pack animals and horses Karachai Mongolian breeds of mountain infantry brigade, as well as donkeys.

Yaks live in the highlands of the Caucasus mountain range at altitudes of 3 thousand meters. These animals are well adapted to the high altitude. "Yak has a large heart and lungs compared to the low-lying areas of the bulls. Blood yak is able to carry more oxygen due to the presence in her lifetime a significant proportion of fetal hemoglobin / hemoglobin form, dominating the newborn /", - the press-service.

When demining engineers YUVO apply modern technical and safety equipment, including GLONASS navigators "Grotto" inductive mine detectors that can detect explosive substances in the ground or snow to a depth of half a meter and shoreline waters at a depth of up to 1.5 meters. Demining teams are equipped with an effective means of protection - combined arms sets demining OVR-2, was added to the district.

Is this the correct place for this?

Electronic warfare units around Russia are mastering their skills on the brand-new “Borisoglebsk 2” complex, with more deliveries of the system expected by the end of the month. A mechanized infantry unit of the Russian Land Forces, stationed near Orenburg in the Urals, is due to receive the most advanced electronic warfare complexes, the “Borisoglebsk 2”, by the end of July. One hundred specialists needed to operate the complexes are currently attending courses at an army training center in Tambov.

In Chechnya in the Southern Military District a competition among electronic warfare specialists was held recently. Soldiers competed in the areas of deployment speed, search and detection of unidentified radio signals and electromagnetic blanketing. The involved units were equipped with six new “Borisoglebsk 2” complexes just last month.

In May developers of the “Borisoglebsk 2” were granted a government award for their product. The system was initially introduced to the Russian army in 2014. One complex comprises nine MT-LB vehicles, on which the equipment is mounted. Its purpose is suppression of mobile satellite communication and radio navigation systems.

Compared to previous generation complexes, the “Borisoglebsk 2” has a wider range of radio surveillance and suppression, hi-speed frequency scanning, a longer operative range and a higher precision of spatial localization of radio wave emission sources.

magnumcromagnon wrote:Maybe it's not new, but it seems new to me...some new SIGINT vehicle? It seems vaguely familiar, but I cant seem to recall if I've ever seen this vehicle before:

Mystery solved...it's a jammer called "Kivi".....Garry and Om. Spud should be proud

Pretty cool I have to admit. 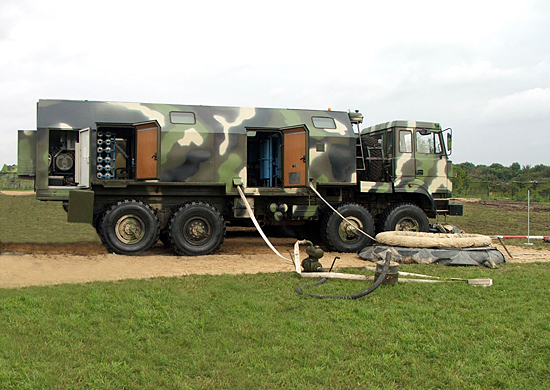 Well, this headline should get boys at Business Insider all lubed up...

I'm not sure any NATO country save the US has 900 tanks even combat ready. Probably a good portion are T-72B3s too.

Wonder what they are doing such large scale night ops training? Maybe getting ready to roll over the Ukrops for a third time.