That new helicopter is ugly as sin.

Deosn not seem like it can carry rocket or gun pods either.

I suppose its pointless inclusion of an internal weapons bay will result in much "fun" for pindostanski air crews too.
medo

3.) It's hilarious that they show Armata's out in the wide-open to even the odds for the Bellend Invictus lol!

Armata's would be hidden behind camo-nets and vegetation vs much louder helicopters exposed in the air. Not including range of Armata weapons, Armatas will detect them 10's of km's before Bell Invictus 360's would detect Armatas. 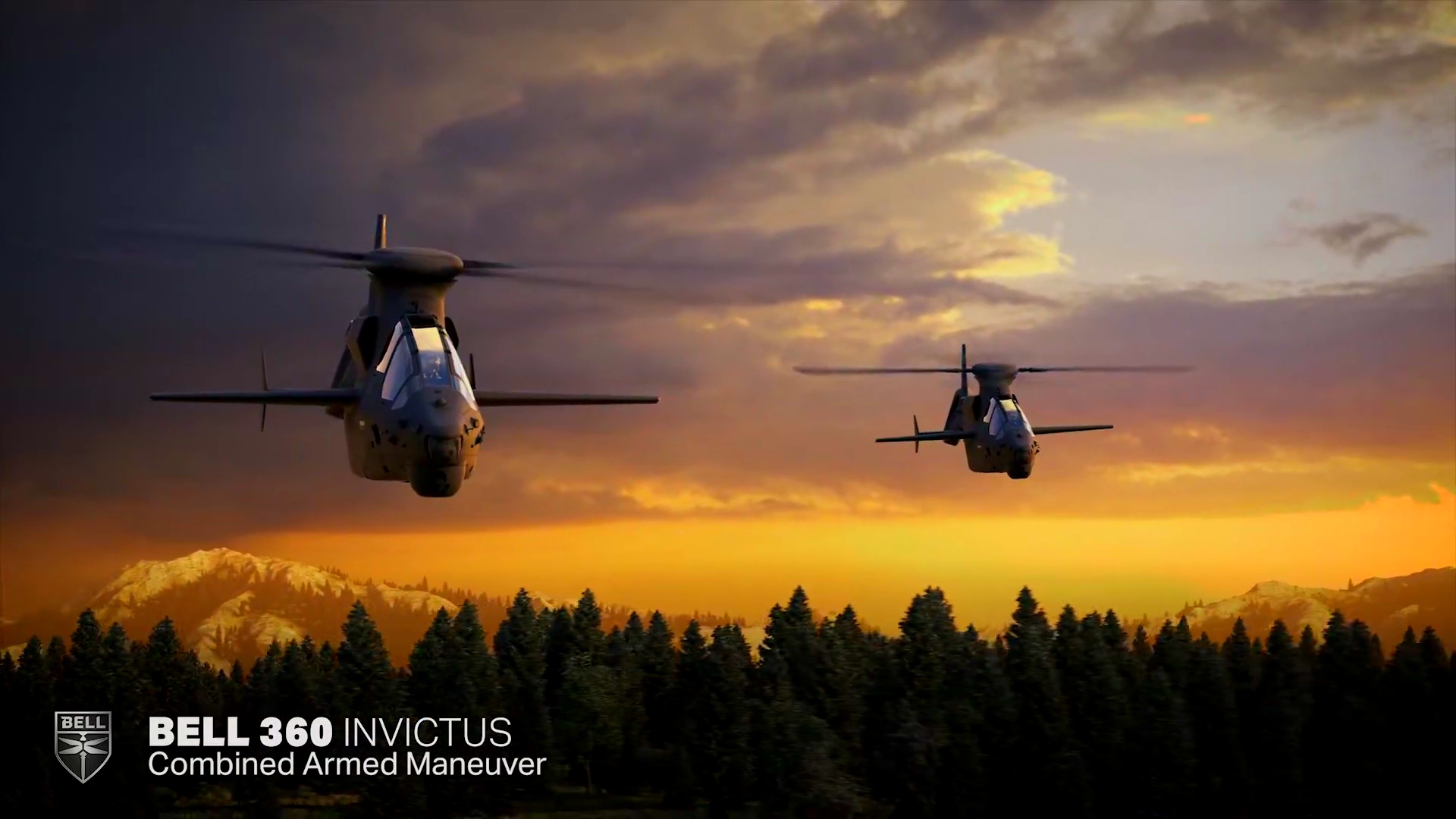 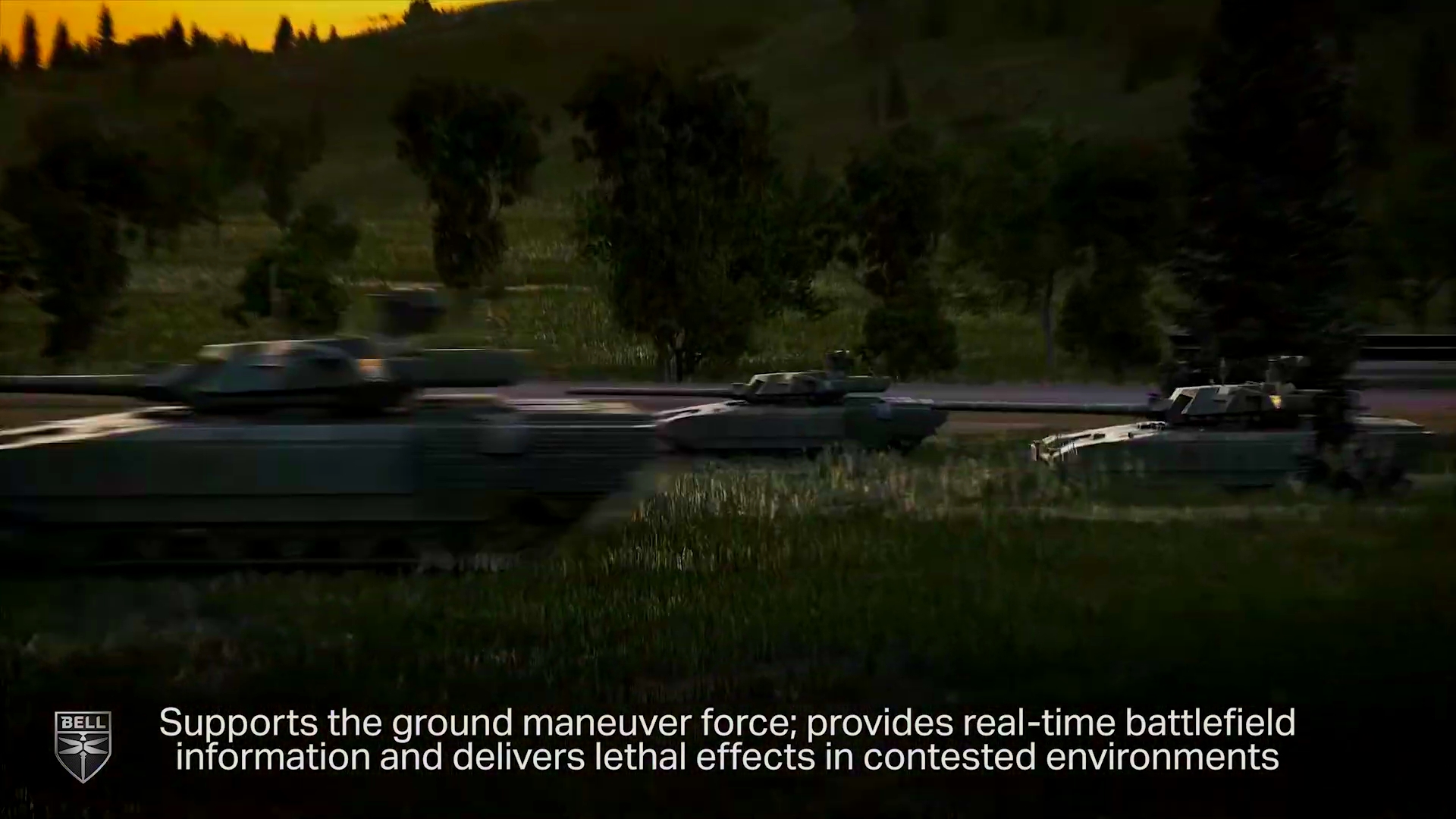 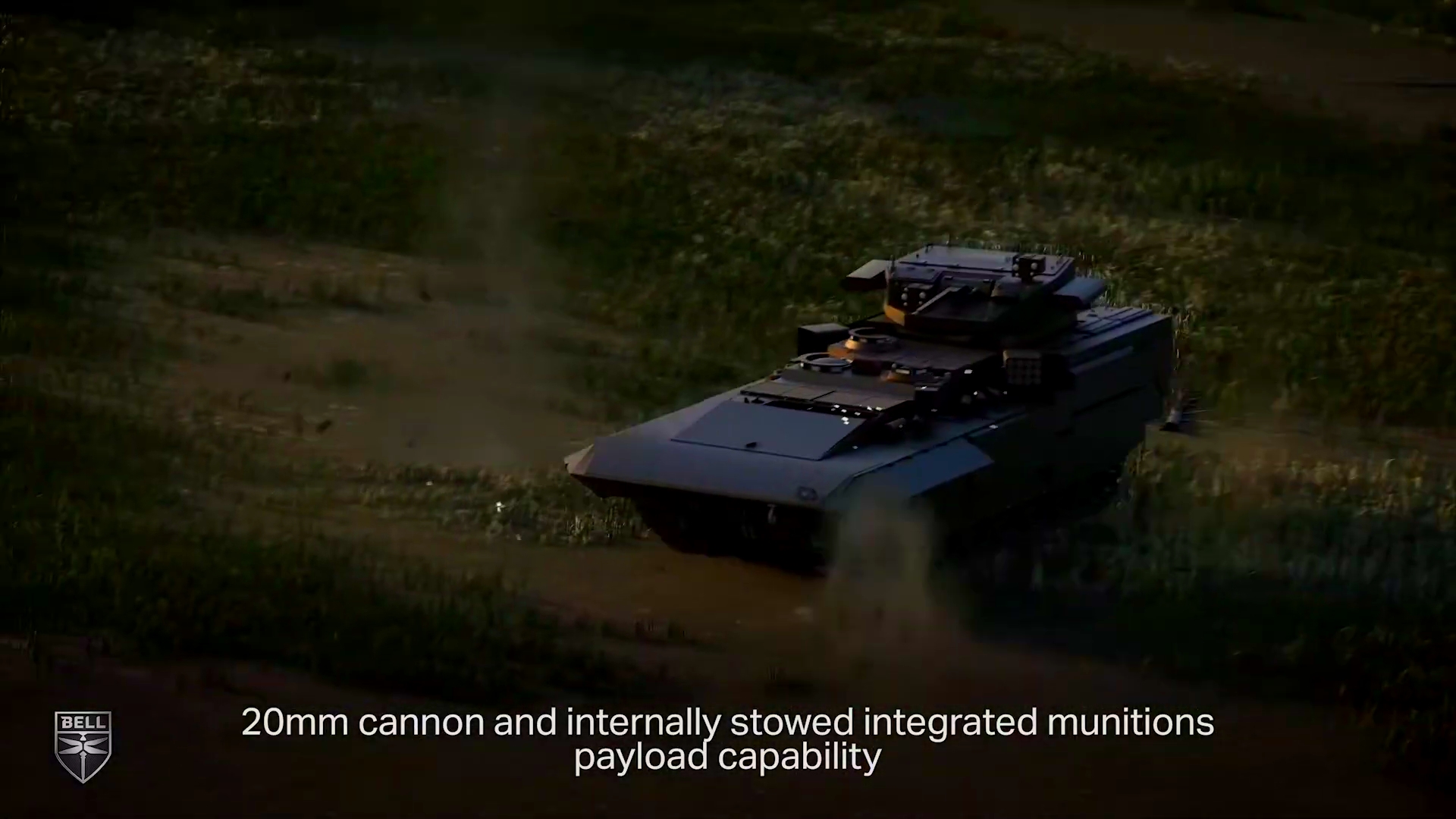 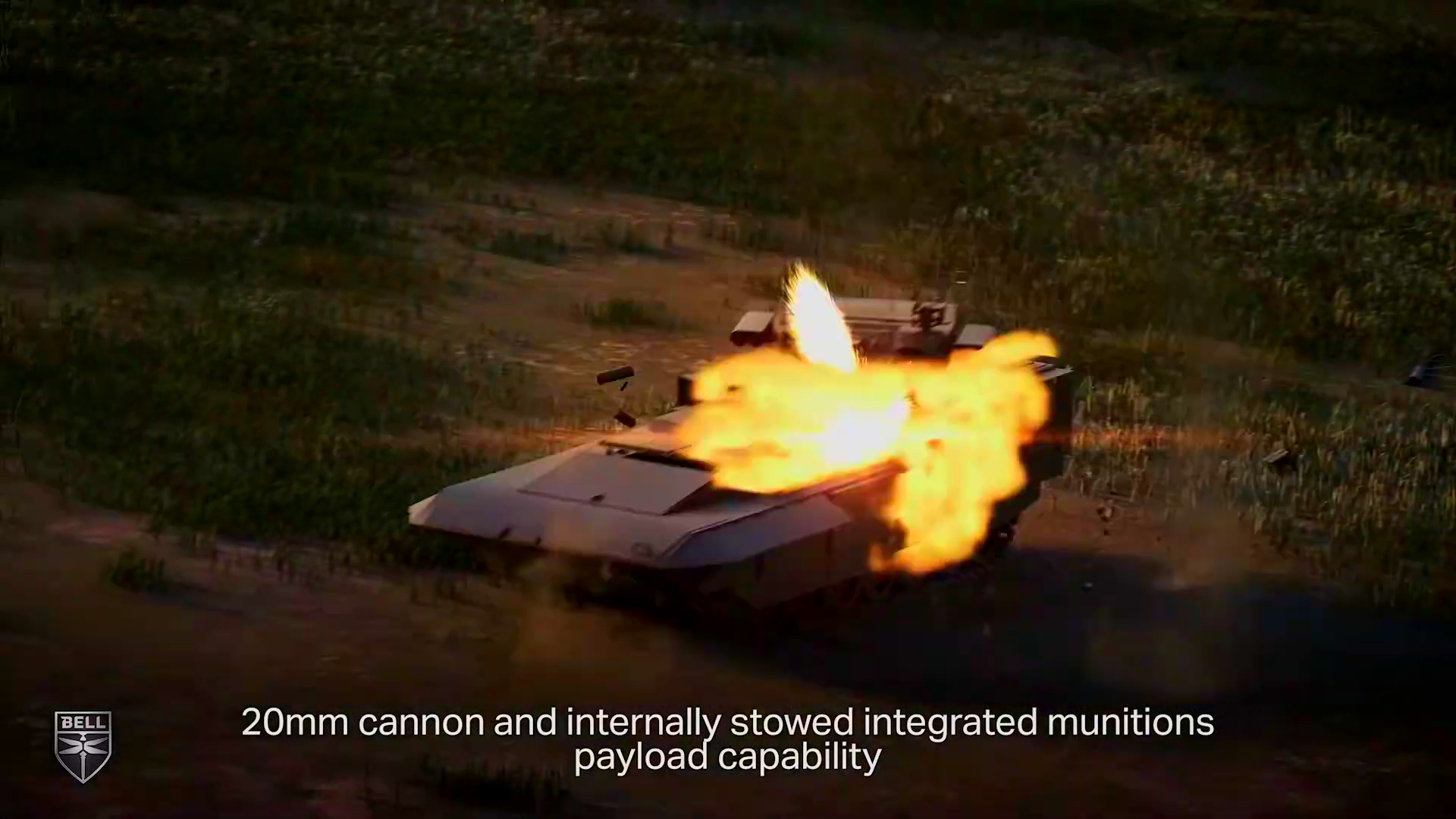 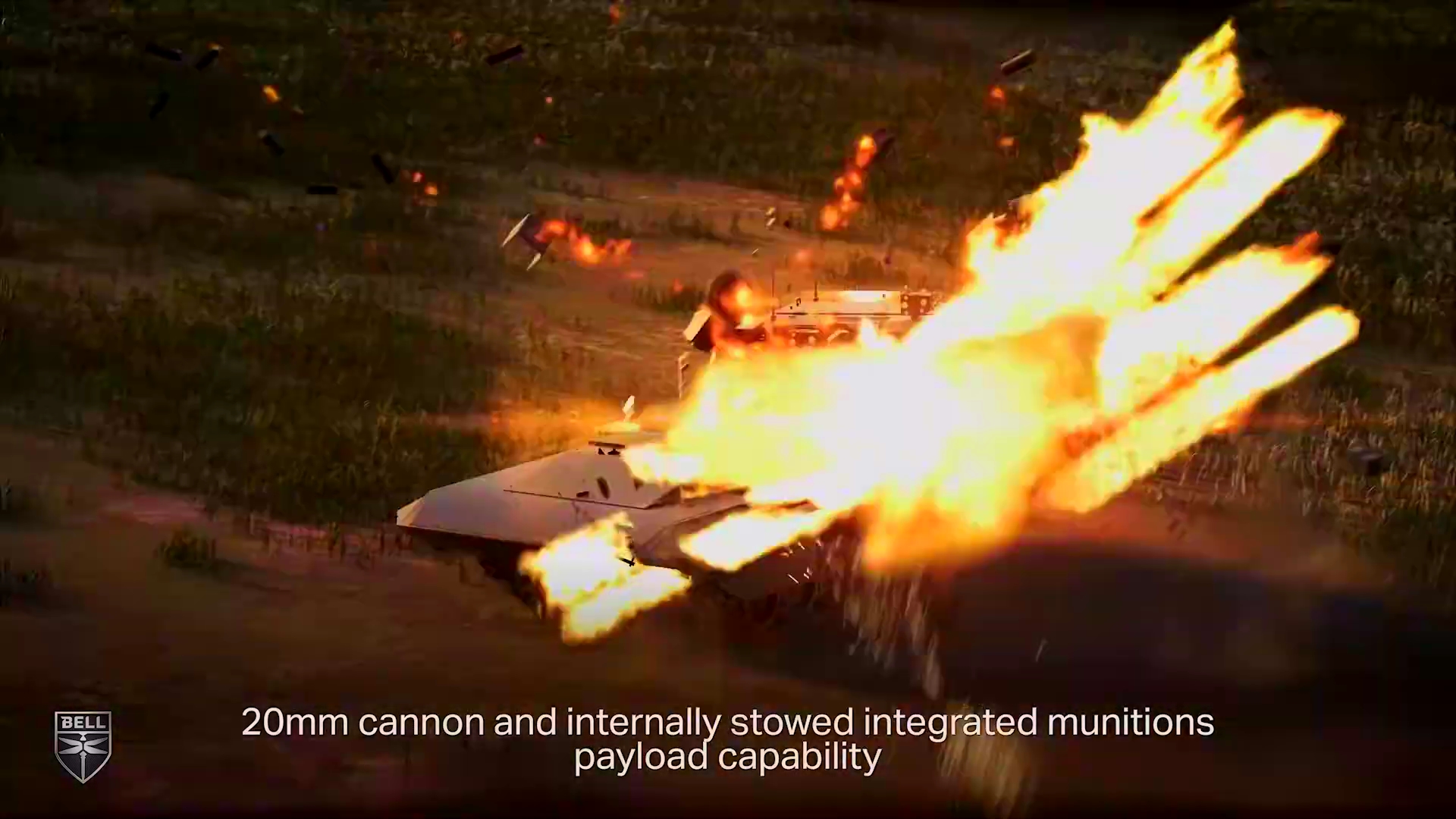 Marketing video for customers. Fighting Armatas would be quite a chalenge for them. Armatas are also net worked to share real time informations and they are all equipped with laser and MAWS detectors and AESA radars for APS against ATGMs. T-15 with 30 mm or 57 mm guns RCWS will be armed with air burst programable rounds and could shot down ATGMs and suicide drones from those helicopters. T-15 and Derivatsia-PVO with 57 mm gun will be quite dangerous for those helicopters as they could fire on quite long range with unguided rounds.
magnumcromagnon 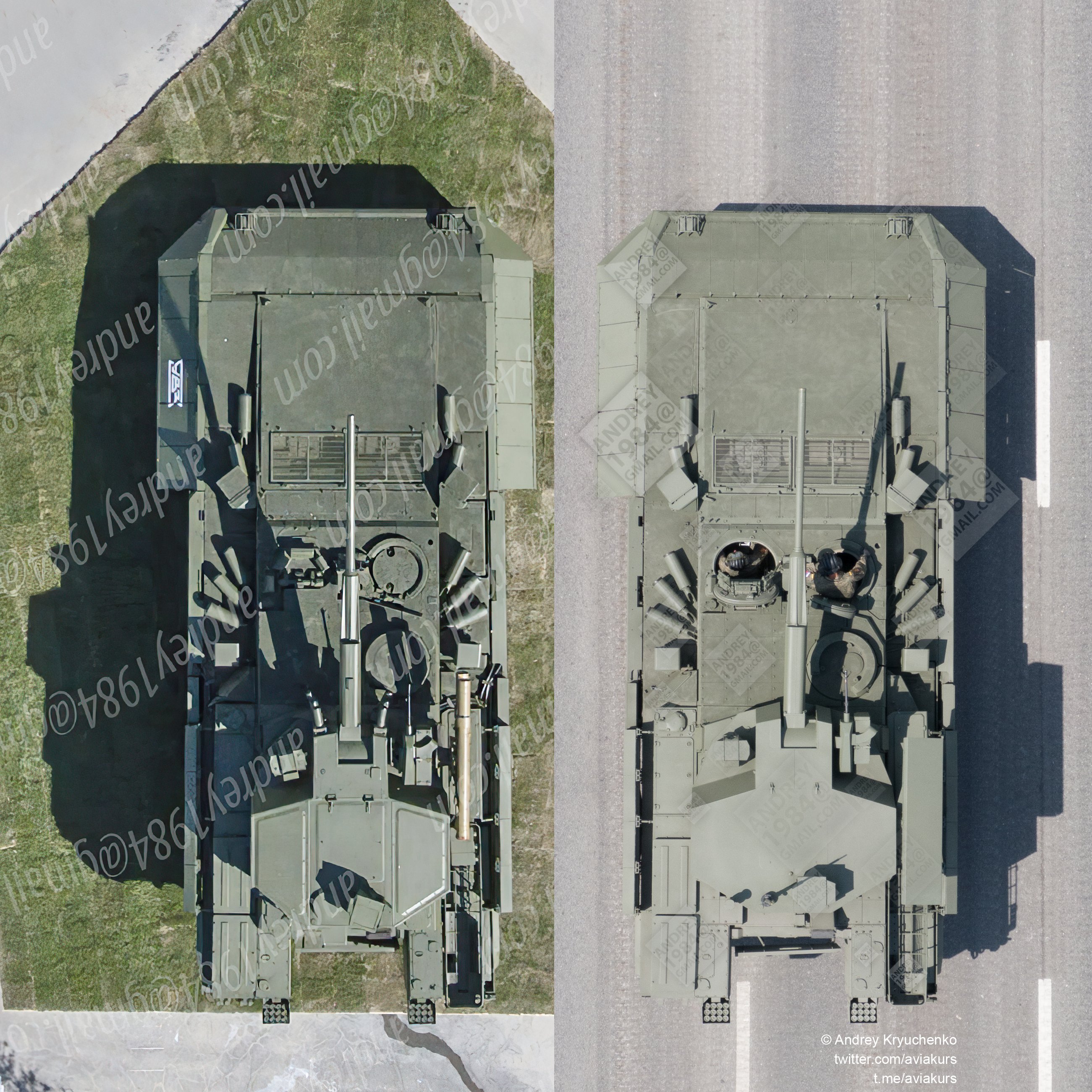 Hmmm, looks like there's some differentiation in this 57mm turret for T-16. 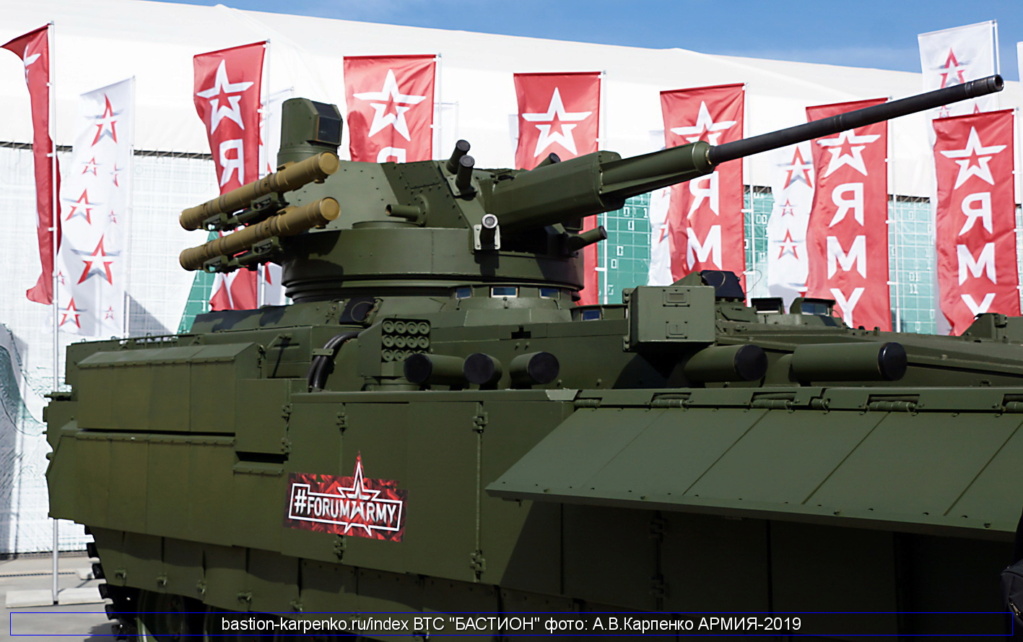 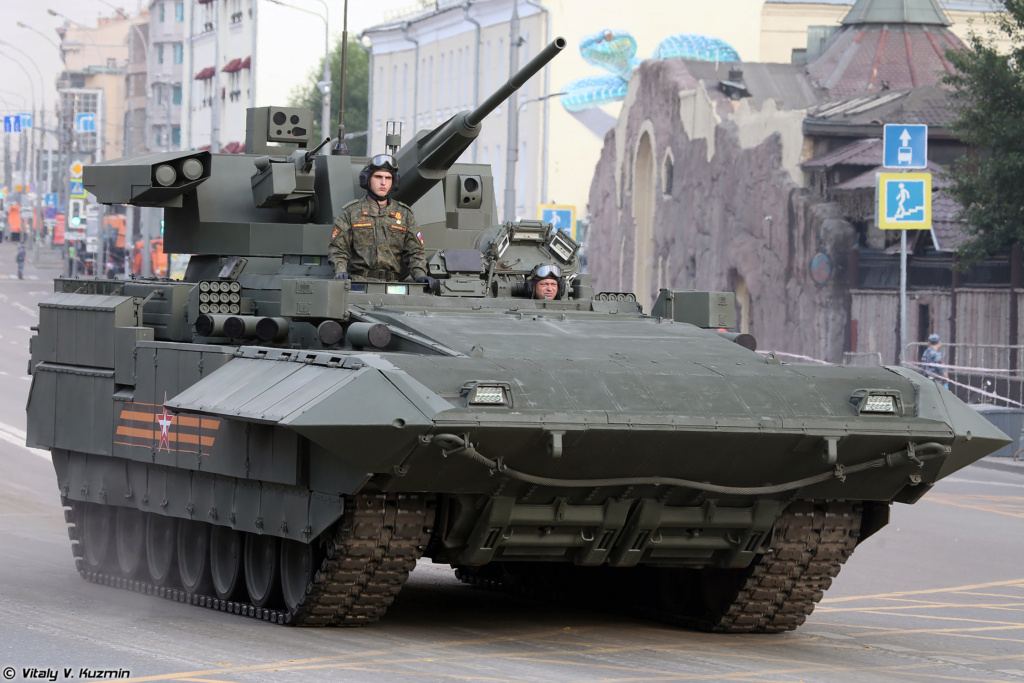 If you have such stupid Generals to send 5 tanks with HE to face 50 enemy tanks you would have lost the war before it happens...

Not a question of intelligence... the Germans didn't tell them they were going to attack, and the shipments of T-34s arrived before the shipments of ammo for them arrived so borrowing ammo from a local 76mm artillery unit might be your best option to arm your tanks... and guess what ammo they have.


APS radar emmits a signal and can be spotted passively 2-3 times its range. Sometimes you don't want it to emmits so it would be turned off.

MMW radar is unusual... I have never ever heard of an anti MMW radar missile.... there are MMW radar guided missiles, but I have never seen either a missile designed to destroy such an antenna, nor a jammer of any kind.

The T-90 hit in Syria with its SHTORA system turned off was vulnerable to TOW attack, but that is more down to the crew than the design...


Btw HE have good penetration values and can take out a tanks if they fire on very weakly protected part like in the rear turret which would send shrapnels in the engine from the top. It can also destroy the tracks. Specially russian HE which are powerfull.

Most modern vehicles have something called an anti spall liner... spall is the technical term for the inner layer of armour that can sometimes detach if the armour gets 90% penetrated...

Against Panzer IIs and IIIs it was not a terrible round to use, but their standard 76.2mm APHE round was actually fantastic and would have cut through them like a white hot knife through butter. There were other problems anyway...

3.) It's hilarious that they show Armata's out in the wide-open to even the odds for the Bellend Invictus lol! lol1 Armata's would be hidden behind camo-nets and vegetation vs much louder helicopters exposed in the air. Not including range of Armata weapons, Armatas will detect them 10's of km's before Bell Invictus 360's would detect Armatas. clown pwnd

More fundamentally it is not the tanks and BMPs they have to worry about... it is the TORs and SOSNAs and Pantsirs... as well as the 2S38s.

It is also preparing the Armata for export, according to the industry and trade minister

MOSCOW, August 3. /TASS/. The production of tanks and fighting vehicles based on the latest Armata combat platform under a contract signed with Russia’s Defense Ministry several years ago is already underway, Industry and Trade Minister Denis Manturov told TASS on Monday.

"Yes, the work is underway," the minister said, replying to a question about whether the production of these armored vehicles had begun in Russia.

Russian Deputy Defense Minister Alexei Krivoruchko announced in August 2018 that a contract on 132 T-14 tanks and T-15 infantry fighting vehicles based on the Armata combat platform had been signed. He did not specify, though, when the document was inked. The deliveries of serial-produced Armata tanks to the Russian troops have not begun yet. Industry and Trade Minister Manturov said in April this year that the troops would get the first Armata tanks in 2021.

The Armata is a heavy tracked standardized platform serving as the basis to develop a main battle tank, an infantry fighting vehicle, an armored personnel carrier and some other armored vehicles.

Manturov also confirmed today that the import substitution of thermal imager and engine issues for the Armata have been solved.

Thermal imager issue was resolved years ago. I think the issue was something else. I posted about the imager year or two ago

Unless they had come up with something even newer and better that I haven't seen before.
Sponsored content