On September 10-11, 2018 in Satori near Paris, the French company Nexter Systems (KNDS) presented a prototype of its developed Serval (VBMR Leger) multipurpose armored vehicle (VBMR Leger) with a 4x4 wheel formula, planned for production for the French armed forces. 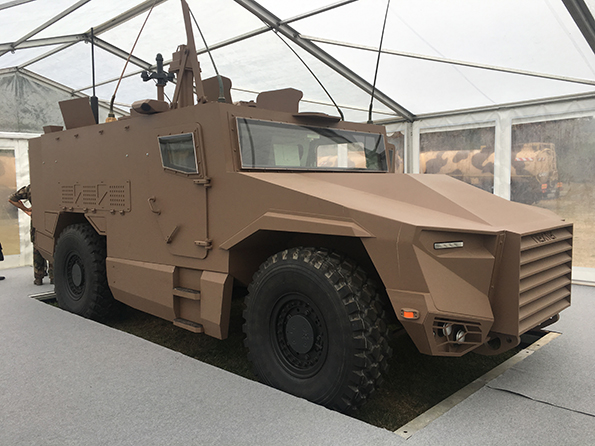 On 27 May 2019, French Defense Minister Florence Parley, during a visit to the head office of the Airbus Helicopters (Airbus group) in Marignane, announced that Helicoptère Interarmées Léger (HIL) would be launched in 2021.

Florence Parley was shown a full-size model of the Airbus Helicopters H160M “Guépard” helicopter, which was chosen as the main procurement for the French armed forces under this program.

The HIL program provides for the purchase for all three types of French armed forces of 169 new multi-purpose helicopters to replace the current fleet of Gazelle, Fennec, Dauphin, Panther and Alouette III helicopters, as well as parts of Puma helicopters. 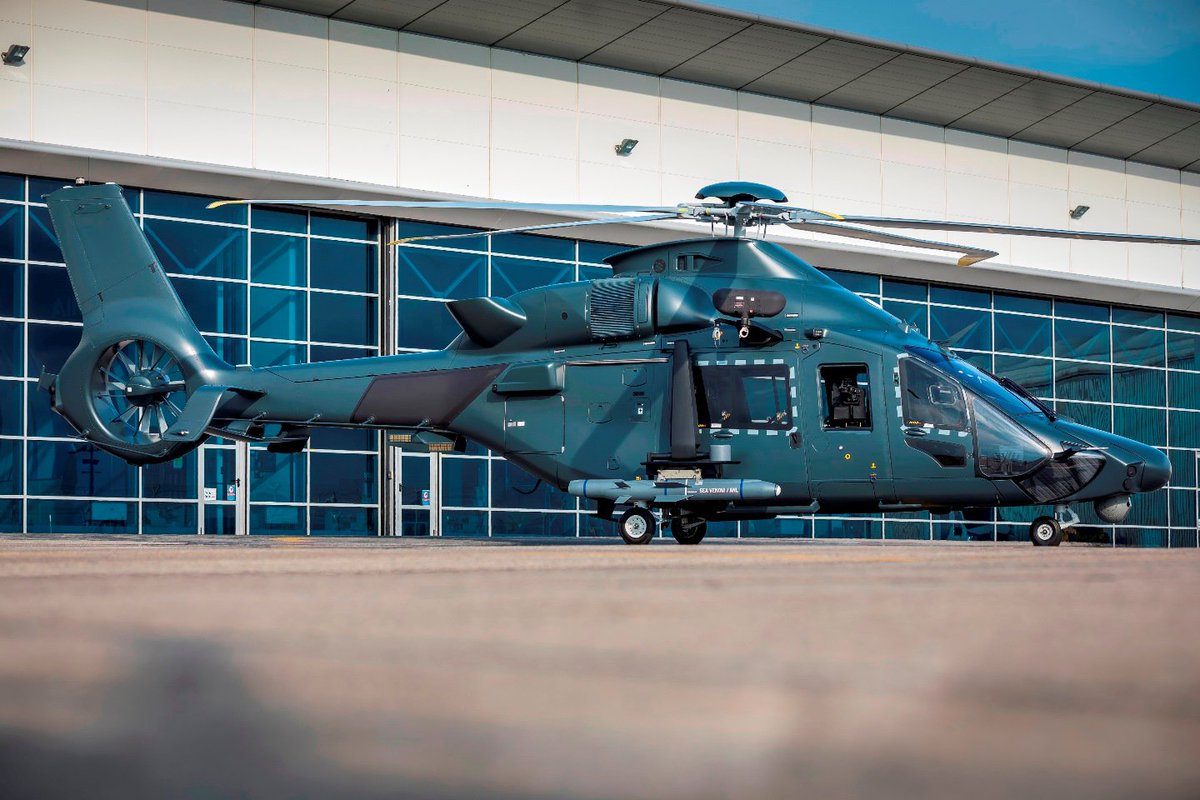 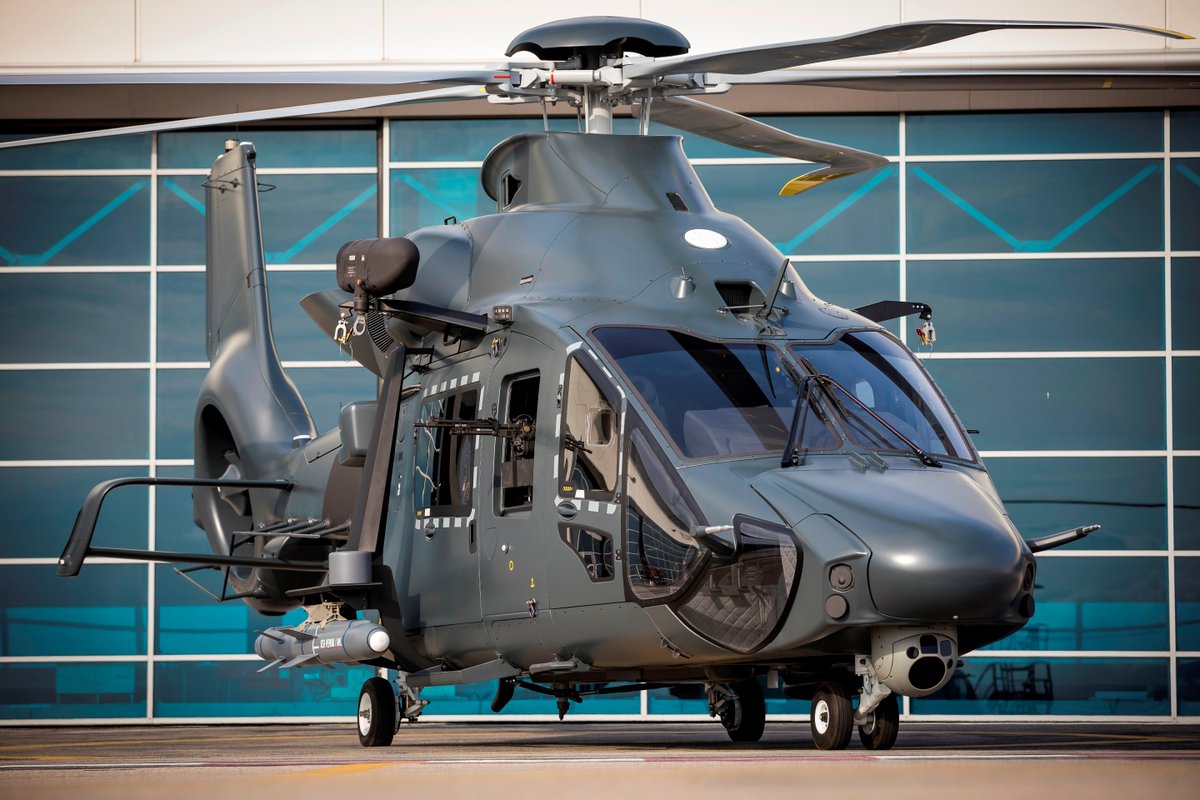 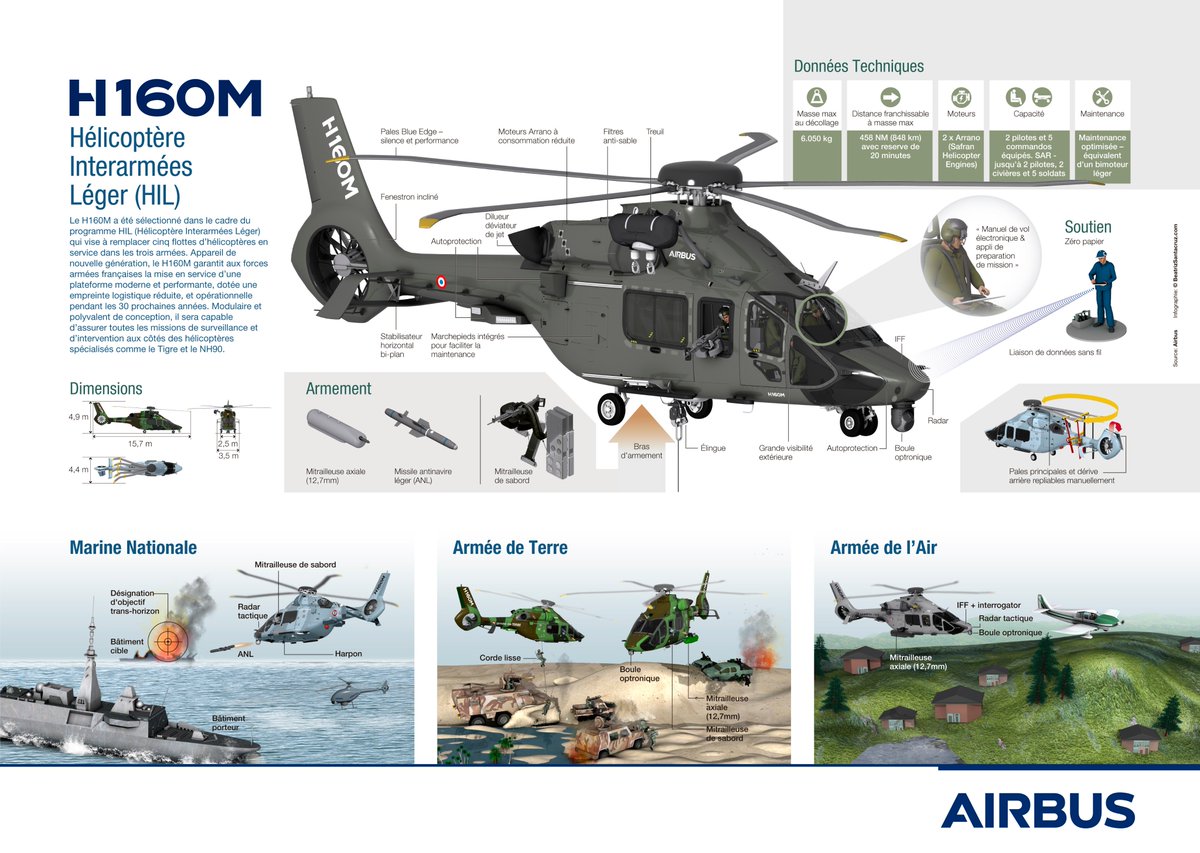 Airbus Helicopters (part of the Airbus group) on September 6, 2019 announced the delivery of the 1,000th manufactured Super Puma helicopter. The 1000th H215 helicopter was handed over to the German Federal Police (BundespoIizei) at Airbus Helicopters in Marignan, France, and will be used as part of its coastal search and rescue command (Havariekommando). 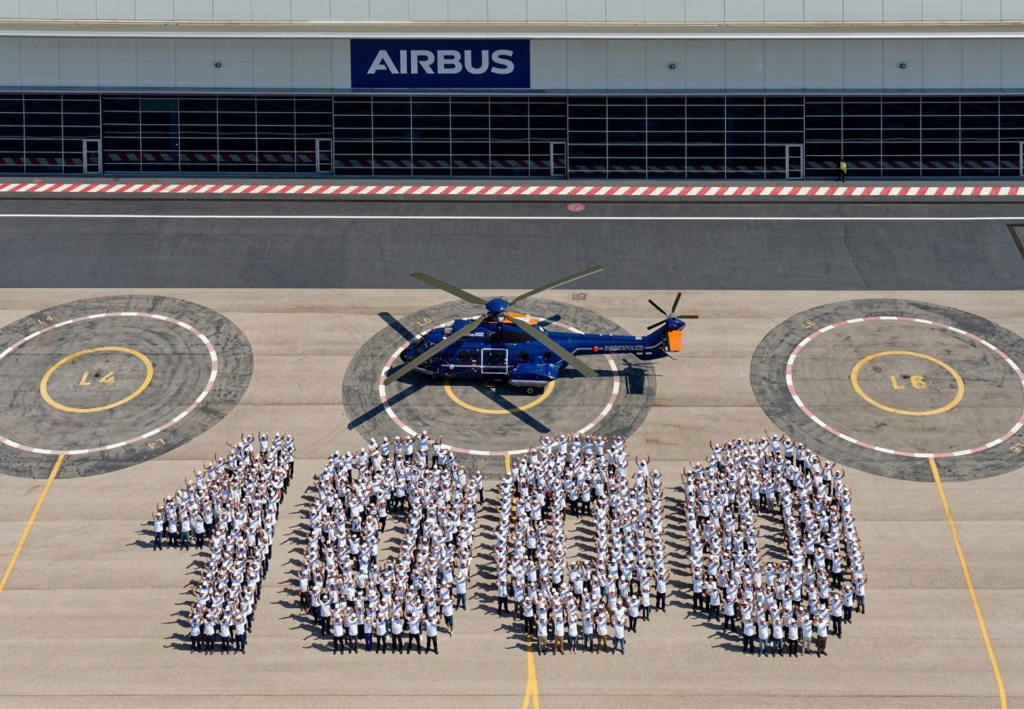 This helicopter is the final contract for the delivery of four search and rescue helicopters H215 to the German Federal Police Havariekommando. The first three helicopters under this contract were transferred in December 2018. Thus, the total number of Super Puma family helicopters in the German federal police aviation reached 23, including 19 previously delivered AS332 L1.

The Super Puma family of helicopters has been manufactured by Aerospatiale (then Eurocopter, now Airbus Helicopters) since 1980. Now the release is carried out in commercial versions of H215 and H225 and military versions of H215M and H225M. 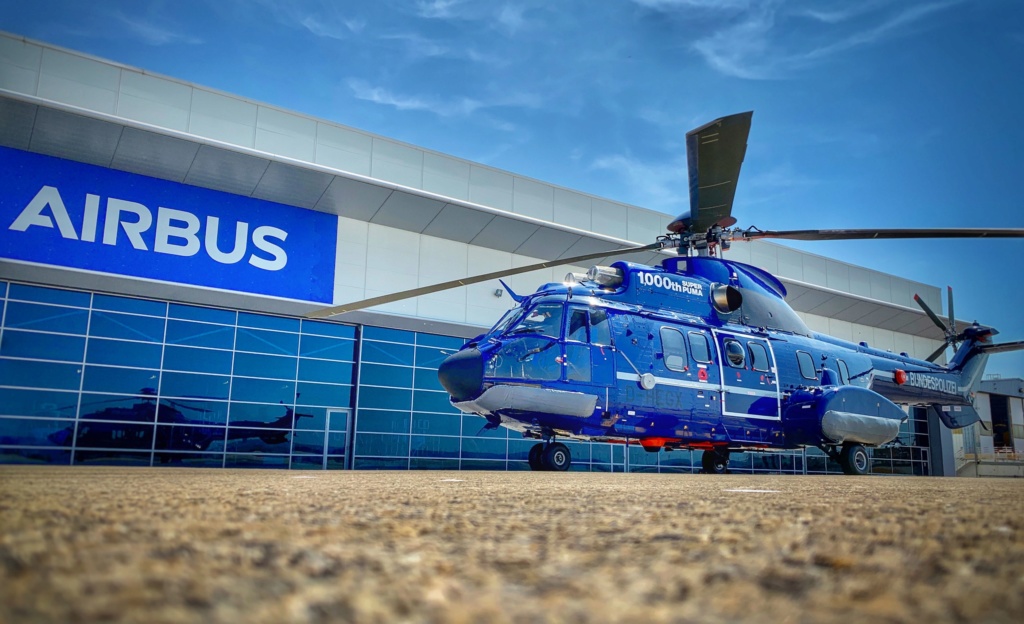 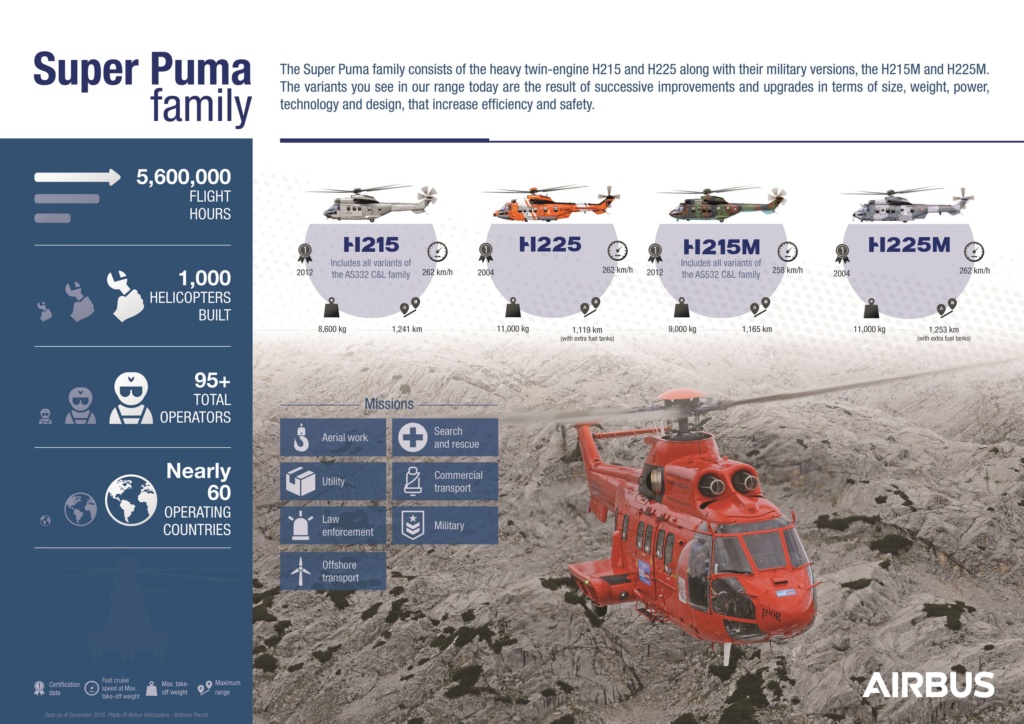 Photonis produces state of art optics. They have designed a thermal optic that sees colours during the night.

Calls for the re-establishment of the ammunition industry in France

Drawing on its expertise in tank armament, illustrated by the Leclerc's self-loading gun, and on the excellence of its munitions subsidiary, Nexter (KNDS Group) is presenting a new main armament concept for combat tanks, designed to deal with future heavily armored threats. This breakthrough weapon represents a major contribution by French industry to achieve, at the end of a cooperative development, a new solution shared by France and Germany, enhancing distributed activity and balanced skills contributions within the European DTIB.

By 2040-2050, the allied nations will potentially face the return of high-intensity confrontations. In the land domain, armies will have to acquire a modern means of tactical superiority, whether or not it is robotized, integrating numerous systems, and reaching the highest levels of protection for the crew and the ability to neutralize the adversary. Faced with numerous and hardened threats, winning the battle from the outset will require firing quickly, far away, with a high destructive capacity on the first shot, while reducing logistical and ergonomic constraints.

The new generation of large-calibre weapons will have to be able to guarantee the armed forces tactical superiority not only tomorrow (2035), but also for the following decades. In order to meet this ambitious objective, Nexter is developing an innovative concept that has the potential to evolve and deliver performance that current technologies no longer offer. Taking advantage of its long experience with the 120mm smoothbore gun of the LECLERC tank, its mastery of telescoped ammunition as well as the maturity achieved during firing with a 140mm caliber, Nexter is proposing the ASCALON concept ("Autoloaded and SCALable Outperforming guN") designed to deal with the latest generation of heavy threats, while enabling the threats of the next half-century to be anticipated.

Based on technical solutions that will be fully mature by 2025, ASCALON offers an open architecture designed to serve as the basis, within the framework of the Franco-German MGCS programme, for cooperative development, thus laying the foundations for the future European tank gun and ammunition standard, in the same way as the work previously carried out on the 140mm FTMA gun in cooperation between allied nations.

Thanks to its breakthrough features, ASCALON is characterized by :

A wide choice of terminal effects: the enlarged caliber enriches the range of ammunition for an optimal effect on the target to be treated, thanks to arrows of unequalled length. It also makes it possible to envisage intelligent ammunition for firing beyond the direct line of sight (BLOS/NLOS), which will provide new capabilities while reducing the tank's vulnerability.

Compact ammunition: with a maximum length of 130 cm, ASCALON telescoped ammunition will be more compact for an equivalent calibre and can be stored and integrated in a self-loading turret, a technology mastered by Nexter and proven over many years on the Leclerc tank.

Increased firepower: the optimized chamber reconciles exceptional operational performance with an energy level close to 10 megajoules for kinetic ammunition, while remaining below the internal pressure level of current calibres. This untapped potential will enable the weapon to evolve to a performance class of 13 megajoules capable of handling all the targets of the next 50 years.

A controlled blast effect: an innovative muzzle brake, adjusted external pressure fields and an optimized firing impulse will strongly limit the blast effect of the shot. ASCALON will thus allow the presence of infantrymen around the tank and for joint combat, particularly in urban areas.

Exceptional integration capability: thanks to a controlled impulse, ASCALON will have a recoil and acceleration effort compatible with mobile and projectable platforms weighing less than 50 tons, while preserving the vehicle's layout capabilities.

The result of Nexter's long experience in the field of tank guns and telescoped ammunition, and offering an architecture conducive to balanced industrial cooperation, the ASCALON concept has all the assets to become the standard gun for future heavy tanks, capable of ensuring, with its dedicated ammunition, the technological and tactical superiority of land systems for the coming decades: a breakthrough weapon for breakthrough land combat systems. 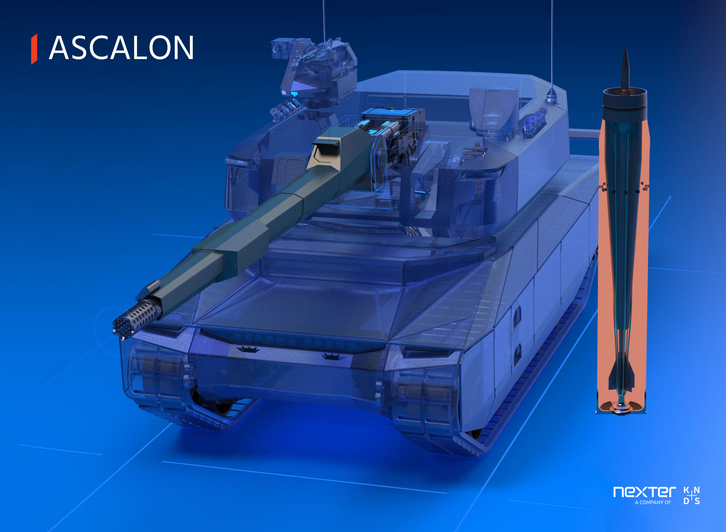 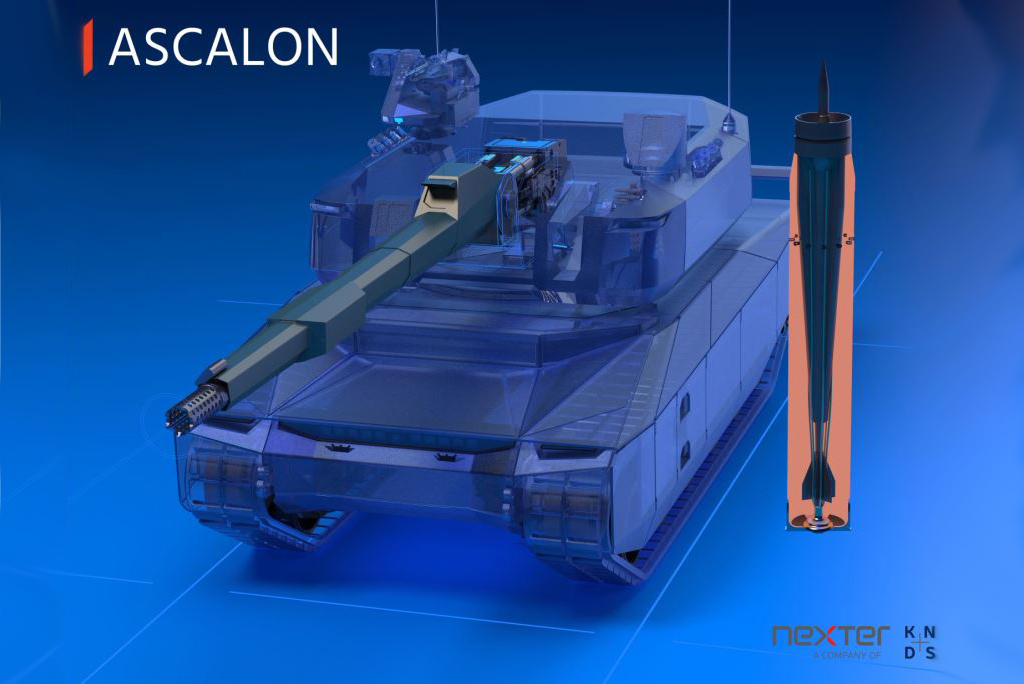 Officially, the caliber of the ASCALON concept cannon is not reported, but is only called "increased", but according to profile sources, it is 140 mm, and Nexter itself in a press release twice mentions its experience of working on a 140-mm tank gun in the 1980s-1990s years. “Based on technical solutions that will reach full maturity by 2025, ASCALON proposes an open architecture designed to serve as the basis for joint development within the Franco-German MGCS program, thereby laying the foundations for promising European tank gun and ammunition, similar to work previously conducted over a 140mm FTMA cannon in cooperation between allied countries, "says Nexter.

The company also states: “The next generation of large-caliber weapons must guarantee the tactical superiority of the armed forces not only tomorrow (2035), but also in the decades to come. To achieve this ambitious goal, Nexter is developing an innovative concept that has immediate development and productivity potential. Nexter offers the ASCALON concept (Autoloaded and SCALable Outperforming guN ), designed to deal with the serious threats of the last generation, allowing you to anticipate the threats of the next half century. "

The features of the ASCALON system are declared:

- compact telescopic ammunition with a maximum shot length of 1300 mm and an armor-piercing sub-caliber core of "unrivaled length";

- the possibility of using guided munitions, including over-the-horizon range;

- high firepower: due to the design of the gun chamber, a shot energy level of about 10 megajoules for sub-caliber ammunition is declared, while maintaining the calculated pressure level in the barrel bore below the current calibers. This untapped potential will allow the cannon to develop to a 13 megajoule shot energy level capable of dealing with all targets over the next 50 years for the Rh 120 L55 cannon, and for the prospective 130-mm tank gun Rheinmetall NG 130 undergoing testing, the energy of the shot is allegedly up to 19.5 megajoules].

- turret automatic loader based on the Leclerc tank assault rifle design;
- an innovative muzzle brake, including reducing the impact of a shot on your infantry and surrounding objects;
- a controlled system for damping the shot impulse and recoil (recoil), which will allow installing the gun on combat vehicles weighing less than 50 tons.


From the bmpd side, notethat in this way Nexter (operating within the KNDS group in partnership with the German KMW) is trying to offer its solution for a promising tank gun for a tank created within the framework of the Franco-German joint program MGCS, as opposed to the already well-known project of a promising 130-mm presented earlier by the German group Rheinmetall tank gun NG 130 (prototypes of NG 130 are already undergoing field tests). The Nexter project, as can be judged, is based on the ballistic solutions of its previous experimental 140-mm cannon, combined with the use of compact telescopic shots with a relatively moderate muzzle energy and the introduction of a new recoil system, which should at least partially solve the main problems.