What are arguing about?

The Chinese are relative newcomers to aircraft design so obviously their designs are based/inspired by foreign developments....but no one can deny the huge leaps they've made in recent times.

Also their production capacity is huge...once they master a certain technology they can crank it out in large numbers pretty quickly
KoTeMoRe

I didn't understand the first part regarding 1.44.

And exactly... conservatism, getting inspiration and "templates" is not outright "copying". I agree with your post.

Which other 5th Gen plane had that external layout than the J20? The J20 has huge polyedric issues and we don't know why they picked up such and elongated design with such exposed surfaces. One of the ideas is that indeed they had the structural blueprints of the 1.44. So they started from there. [/quote]

That doesn't mean it's bad.

And I think the Soviets/Russians didn't implement that layout because the USSR collapsed. Otherwise the Soviets would have developed 1.44 further. Am I mistaken? There are of course multiple theories, but I remember reading that there are many "myths" regarding the non-stealthiness of that layout. Again, I'm not an expert, but I believe the Chinese designers know what they are doing. [/quote]

Never said it was bad, It just shows China isn't ready to take on a ground up study regarding aeronautics. There's no judgement here. It has nothing to do with it being stealthier or not. Just explaining that the design has some disadvantages. However, as we said, even with those disadvantages, if the plane is viable as a threat, the numbers might simply crutch it to victory. So again, not dissing China, just saying they need a far more robust strategic engineering sector.
Kimppis

Ivan the Colorado wrote:People understand that Chinese tech is not at the same level as the West and Russia because you cannot reverse engineer something that complex to a 1:1 level and have it perform the same as the orginal. People are saying that because there hasn't been a lot of innovation out of China when talking about aircraft. There is not one figher plane being produced in China that hasn't been 'inspired' by a foreign design(s). J-10 by the IAI Lavi, J-11 obviously by the Su-27, JF-17 being a very evolved J-7 which in turn is a blatant copy a MiG-21, etc. This isn't helped by the fact that we know extremely little about anything coming out of China. Go on a compare what we know about the Su-35 to the J-11D for example. All we really have of the J-11D is a few blurry pictures and 'rumors.'

I would also want to look at the J-20 and the MiG 1.44 airframes and tell me with a straight face that the J-20 is a unique and innovative design made by divinely inspired Chinese engineers. As for the EOTS, first we hear that China has stolen a ton of American technology and the next thing we know is that the J-20 is equipped with its own EOTS. That must be quite the coincidence and surely those two events have nothing to do with each other. Not saying that other stealth fighter attempts from other countries are not 'influenced' from the big players (Russia and America), but to say that China's own stealth fighters are completely unique in design just makes you look stupid especially with their previous history of copying designs and the case of industrial sabotage in the US.

Drowning your defense sectors with money doesn't guarantee that you will surpass all your rivals. If anything, it just means there is a lot of money going to waste. Just look at Russia and the US. Russia has kept up remarkably to the US despite having a budget that is a fraction of the size. At least the US still innovates, something I have yet to see on a normal scale from China.

If you don't think the Sinodefense is just as bad as Russian and American forums you have a lot to learn.

What is inspired and what is not? I mean, where do you draw the line? J-11 has the same basic airframe as Su-27, that is of course clear. Although the insides should be quite different and Chinese, on the newer variants. Chinese military is very secretive in general and J-11D is not even ready yet, so it's not a surprise there's not a lot of info.

And of course we keep hearing about that. You also keep hearing a lot of things about Russia in the western media. Is China spying the US and stealing information? Well of course, but that doesn't mean that they are simply copying all American designs they can get their hands on. There's also no proof that copied EOTS. Both 5th planes have the same feature... So what? That shouldn't be surprising. If copying is so easy why aren't others doing it better? Why is China so suddenly so succesful at it? Because they are not outright copying. It's because their economy and technology has massively improved. It's as simple as that.

I didn't say there's no inspiration. There certainly is and that makes perfect sense to learn from the US and F-22 and F-35, for example. And again, how do you define innovation? That can be pretty "double standardistic" (if that's a word) too. Many Soviet innovations didn't count in the west, because they were not known or implemented there. How about the anti-ship ballistic missiles and hypersonic missiles and so on? And the thing is, we haven't seen anything yet. Their capabilities are growing very quickly still. Of course you can't expect them to massively innovate before they have catched up, which was the case before 2010 or so. Come on.

Sinodefence is strictly moderated and the most respected posters are no fanboys. They just know what they are talking about when it comes to the Chinese military. They acknowledge the Chinese achievements. I'm not saying it's perfect. Russiadefence is more comparable to defence.pk, although I'm not saying that that is only a bad thing.

I didn't understand the first part regarding 1.44.

And exactly... conservatism, getting inspiration and "templates" is not outright "copying". I agree with your post.

Which other 5th Gen plane had that external layout than the J20? The J20 has huge polyedric issues and we don't know why they picked up such and elongated design with such exposed surfaces. One of the ideas is that indeed they had the structural blueprints of the 1.44. So they started from there.

That doesn't mean it's bad. And I think the Soviets/Russians didn't implement that layout because the USSR collapsed. Otherwise the Soviets would have developed 1.44 further. Am I mistaken? There are of course multiple theories, but I remember reading that there are many "myths" regarding the non-stealthiness of that layout. Again, I'm not an expert, but I believe the Chinese designers know what they are doing.

By inspired I mean some sections were "copied and pasted." Most Chinese aircraft are fully "copied and pasted" such as the IAI Lavi and Su-27. Since the Chinese fail to provide any info that the J-11D is "da ultimate Flanker." Keep in mind that even the AESA radar is not confirmed and there is reasonable doubt that the supposed WS-10 engines don't produce enough power for the AESA radar. With the purchase of the Su-35, it is safe to assume that it will be the best fighter the PLAAF will have for a while.

Of course we have no proof that China copied the EOTS from the F-35 and pasted it on their J-20. After all, would the proud Chinese Government ever say they needed the American's help for something? All we know is that China was involved in industrial espionage that included theft of the F-35 designs and there is a system that looks exactly identical to the EOTS on the J-20. Given the fact that the J-11 is also structurally the same as a Su-27SK doesn't help the Chinese claim that the J-20 system below the nose isn't an unlicensed built EOTS. Also, becoming economically affluent and pumping money into defense research doesn't mean you will achieve the same thing that a rich country made a decade ago.

I suppose you didn't read my message fully. The J-8 has the same layout as the Su-15. The JH-7 is the only exception and that is a bomber not a fighter like you said. The J-10 based off the IAI Lavi (unfinished light fighter from Israel which China bought plans off), JF-17 is a greatly evolved J-7 which is a MiG-21 copy nonetheless. The J-20 is obviously the MiG 1.44 (don't know how can you deny the similarities). The J-31 is an F-35 adapted to use two RD-93 engines because the Chinese can't produce a F135 engine. So there you go.

I suppose you haven't met posters such as Berkut and Franco. We have some very high quality posters here (better than the well worded respected Chino-Bot posters there I might add).

The widely accepted version coming from some UAC executives was that the MiG 1.44 project wasn't continued by Russia because huge economic uncertainty during the time. The designs were most likely compromised back then too. There are also rumors denied by MiG and by the Chinese Government that the Chinese engineers received design input from MiG just like the Kamov designed WZ-10.

EDIT: We are really driving this discussion off topic. I won't continue polluting this topic even further.

All of those are debatable, except the Su-27 and the J-11, especially if we are talking about more or less direct copies. Again, you have these double standards: When Chinese aircraft have similar layouts and charachteristics as some other foreign designs, they are automatically copies or the design documents have been compromised. Even the J-31, which has probably been inspired by the F-35 to some extent, yes, doesn't actually look like the F-35! Are they both light 5th fighters? Yes! And as I said earlier, all the other light 5th designs (like the Korean, Japanese, Swedish...) look very similar to J-31. You are clearly very biased ("Chino-Bot posters"... WTF?) against the Chinese tech. So this isn't getting anywhere. And yes, I agree that we have some great posters here.

The Chinese are relative newcomers to aircraft design so obviously their designs are based/inspired by foreign developments....but no one can deny the huge leaps they've made in recent times.

Also their production capacity is huge...once they master a certain technology they can crank it out in large numbers pretty quickly

And this is getting off-topic, so I'll finally stop here. 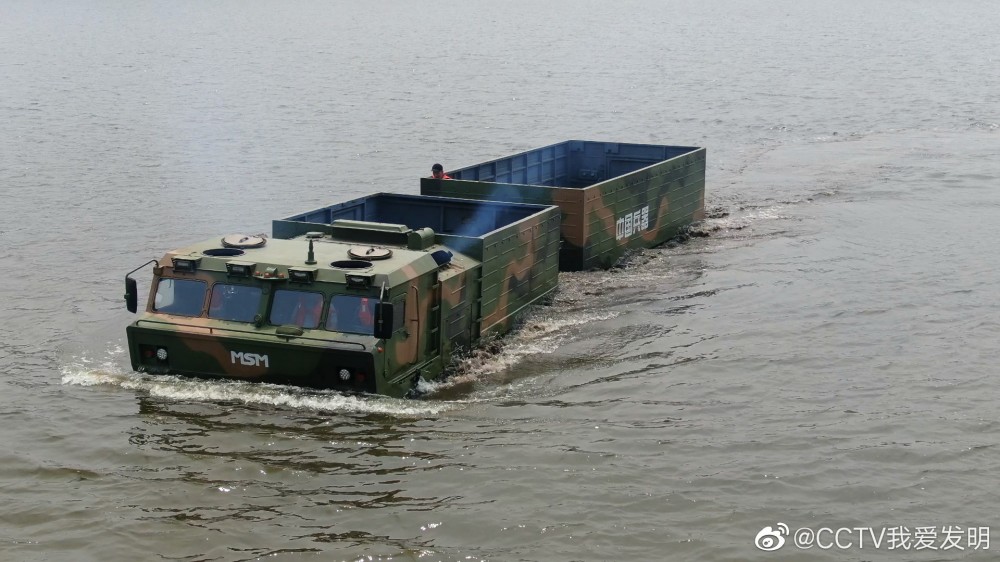 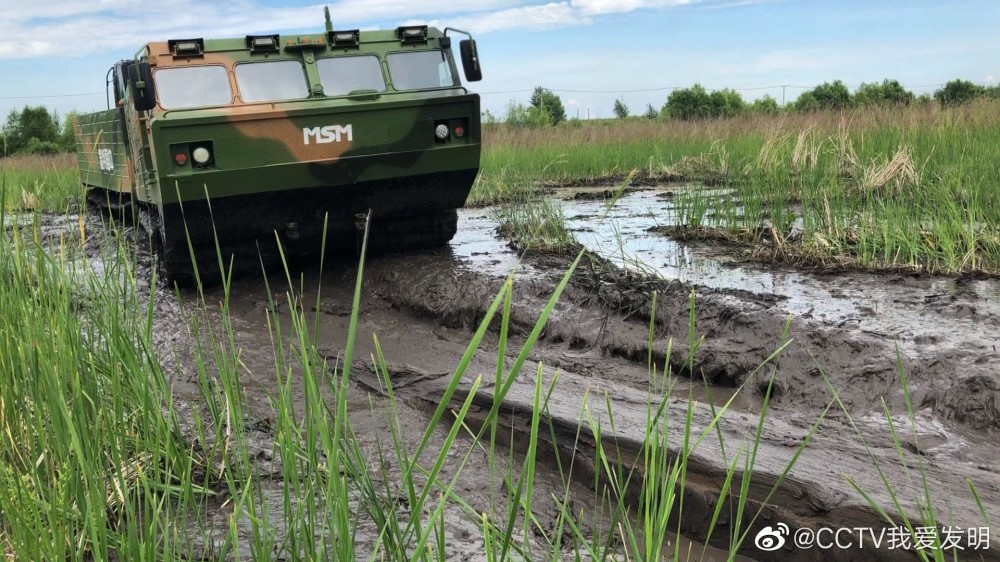 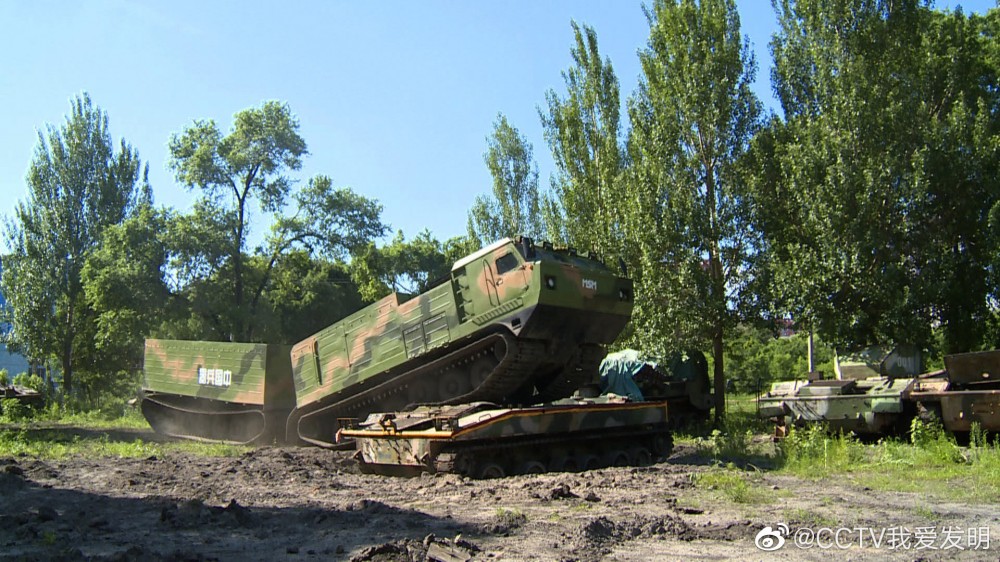 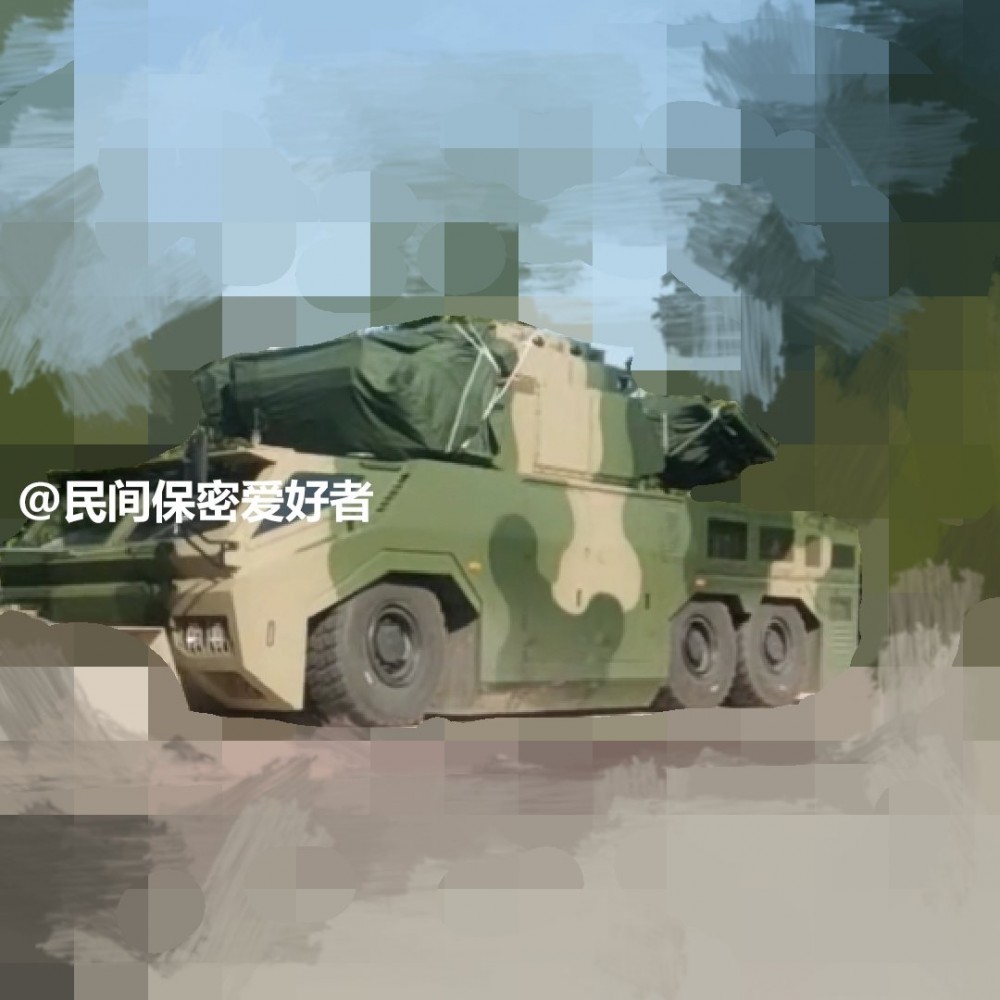 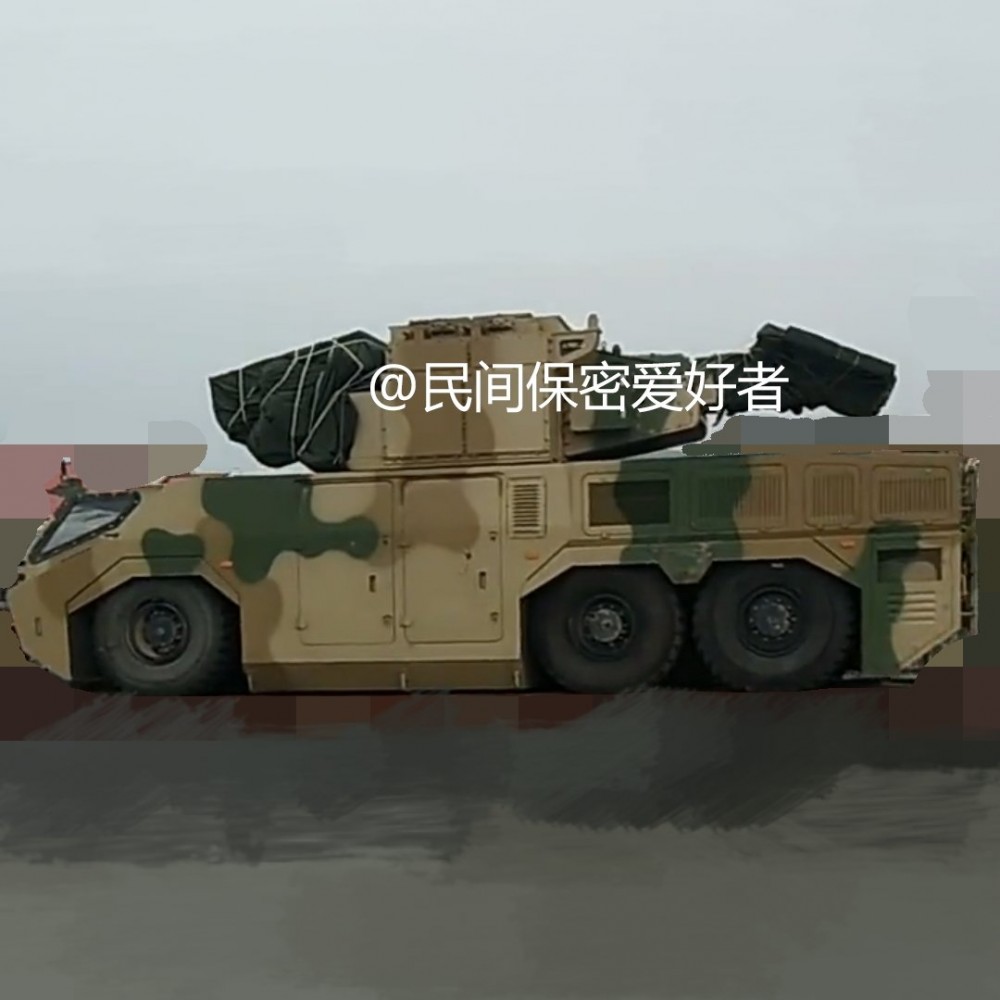 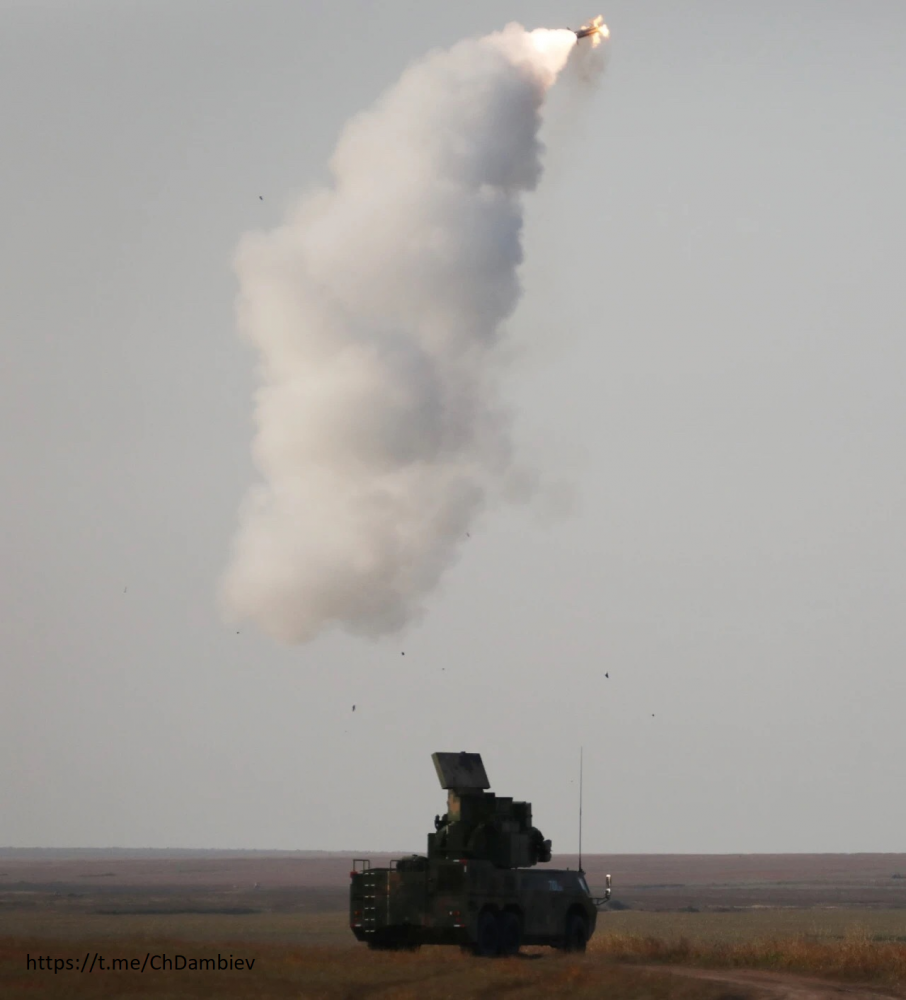