flamming_python wrote:That should give you an indication of the fate of any Ice Hockey World Cups due to be hosted by Russia as well

I am still old enough to remember the shit show that was the 1980 Moscow Olympics. The US did everything they could to sabotage the event. Back then it was supposedly because of the Soviet War on Afghanistan. They always come up with some excuse. Look at last Winter Olympics in Beijing. For some reason, when the US invades someone, it is never a problem. For the rest of the world, in 1980, the US just looked like sore losers having left Vietnam still within memory, and they lost on a bunch of medals by walking out. This time, in Beijing Winter Olympics, in order not to lose on medals they tried to get other countries to walk out, but not their precious athletes. Virtue signalling at its best.

Video of Ramzan Kadyrov casually driving through the beautiful streets of Grozny. It's amazing how the Grozny has transitioned. It bears no scar of the brutal conflict of the past. The city looks so clean & well designed. This is what cities like Mariupol, Kherson would look like after the end of this year. In fact restoration has already begun in liberated areas. 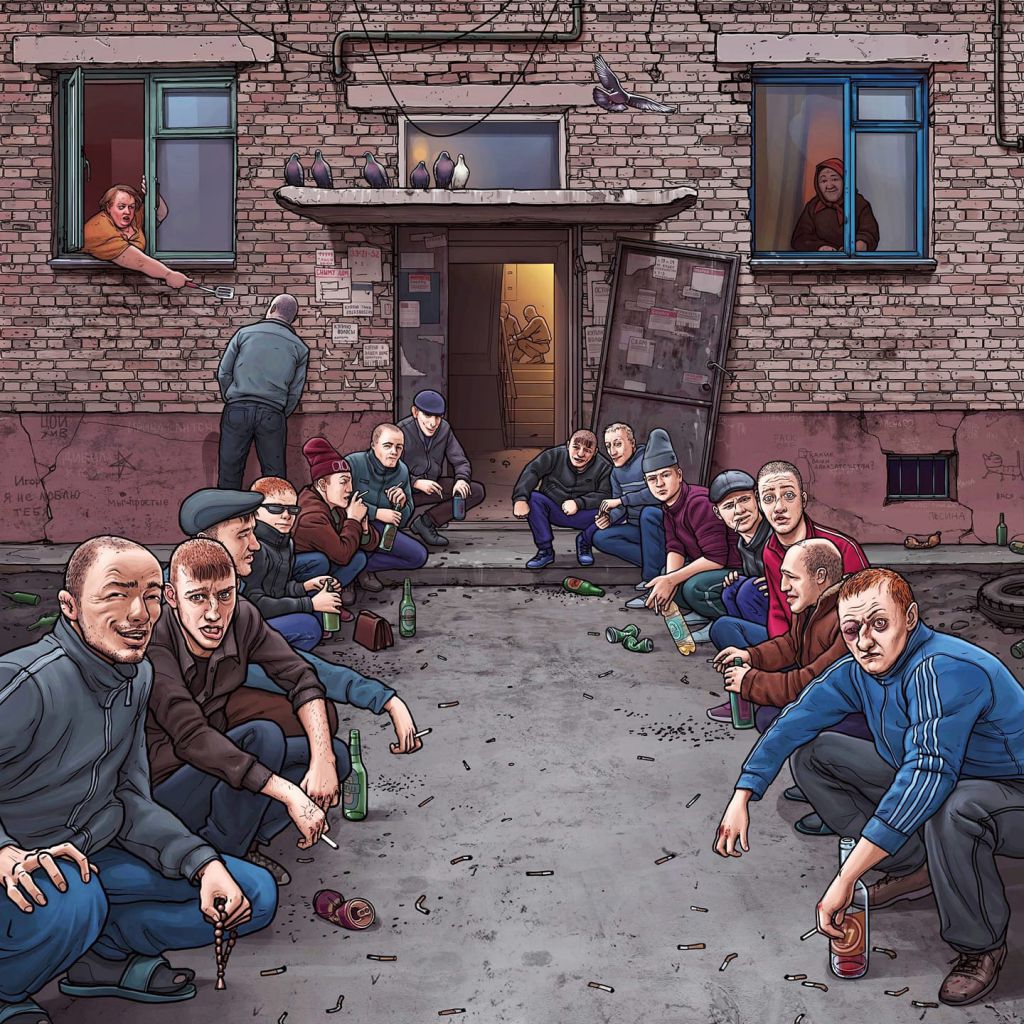 I am sure the US led west will feel very similar in a few years time....

The saying that you get the government you deserve simply means if you don't like the way your government does things or what it does then it is up to you to change it... don't expect anyone else to do that for you....

The west changes parties for their governments but the different parties are more or less the same on most important policies so it really doesn't change much when an election changes the leadership... they will be just as incompetent as the last lot and even then who says they will do what they promise...

Trump got elected because he promised a proper working relationship with Russia to get things done... he didn't promise friendship... just cooperation that would benefit the US... and to bring US troops home from forever wars they fight for resources to make the 1% in the US ever so slightly richer than before while wearing out their military and using up billions in weapons and of course lives.

He made things much worse with Russia because the other side goaded him into being stupid... which seems to come naturally to him anyway.

All the troops he managed to bring home seemed to be immediately replaced in Syria and elsewhere... the only withdrawal he managed to set up was the one from Afghanistan which the US military sabotaged to make look bad.

They lost 13 soldiers in one bomb blast during the withdrawal and left a lot of local allies behind.... except they do that every war they fight and the vast majority of those locals that helped them get screwed every other time... why should this time be any different.

Zelensky got elected promising to talk to Russia and sort of the Donbass and Lugansk regions peacefully... he did neither.

The west think he is wonderful... he is to the Ukraine was Gorby and Yeltsen were to the Soviet Union and Russia respectively.

Western "democracy" is a sham. Here in Turdope's Kanada the pattern is a two-party circle jerk where the drift in the elite-chosen
direction is maintained even as people vote for change. For example, in Ontario the "Conservative" Harris regime's social engineering
was consolidated by the "Liberal" McGuinty regime. At the federal level it is the same shell game by the "Conservatives" and the "Liberals".
Kanada has the NDP and some other transient-presence "third" parties but it is essentially following the same uni-party, two-wing model
as the US. The UK looks like it has the identical scam going.

Ultimately it is the sheeple who are responsible since they fear "wasting" their vote on "none of the above" or some outlier fringe.
So they get the same deep state marionettes in "power" for decades. The deep state has power because of the predictability of
the voting. They can take over the two (or three) main parties. If the parties voted into office were random, they would have a
much harder job. Real wasting of the vote is voting predictably. By now everyone with a clue should be aware that the system
is rotten.

Russia is not immune to this disease. But its response is to have a "dictatorial" leadership where the what you see is not marionettes
but the real deal. This is why NATzO hate propaganda has been fixated on Putin for over 20 years. The deciders in Russia sit in the
Kremlin and not hidden in some unknown locations with unknown names. The horror.

thegopnik wrote:As cities begin to improve i will miss the gopnik culture of Russia

Paintings like this have always been an exaggeration. You could never meet gopnik either in such numbers or at such a time. Their time is night, most of the "gopnik" were residents of residential neighborhoods who worked in factories, auto repair shops, mines, and so on during the day. Many of them were schoolchildren and went to school during the day. So you could meet them in disadvantaged areas, and almost never in such numbers. Don't confuse the marginalized working class with Western criminal gangs. From the point of view of the local police, a crowd of 15 men actively consuming alcohol, professing a prison subculture, is obviously socially dangerous, so in 15-20 minutes a couple of police squads would arrive at the scene, and all these gopnik would be in the police station. So they usually gathered in small groups of 3-6 people, in public places like parks, or in the garage area.

So such pictures are just fiction. About the same as the fact that the favorite music for gopnik is hard bass. One of the typical examples of how the West creates a parallel world that is irrelevant in reality.

thegopnik wrote:As cities begin to improve i will miss the gopnik culture of Russia

That shit was out 10 years ago already.