November 11, AEX.ru - Concern "Radio-electronic technology" (KRET) Rostec State Corporation and the Foundation for Advanced Studies (DRF) signed an agreement on the implementation of promising scientific and technological project "Development of an active phased array based radiofotoniki" ("ROFAR"). The project includes the creation of a new specialized laboratory and the development of universal technology, which will be the basis for radar and electronic warfare systems of the new generation. Investment in the project will amount to 680 million rubles, the press service of KRET.

"Nanophotonics - a promising research area, which soon will define the vector of development of dual-use technology in the developed world - said General Director Nikolai Kolesov KRET. - Latest technology will allow us to create effective 2020 and advanced receiver-transmitters, radar systems, electronic intelligence and electronic countermeasures, which will replace the existing line. "

"One of the main" ROFAR "will be the development and manufacture of a new generation of AESA, in which the basic elements must be created using the principles radifotoniki. They will reduce the weight of the equipment 1.5-3 times increase in 2-3 times its reliability and efficiency, as well as dozens of times to increase the scanning speed and resolution. If successful, the technology will open up new possibilities for improving the characteristics of a "smart skin" used on Russian helicopters and aircraft of the latest generation. The system internals ROFAR over the entire area of ​​the fuselage of the aircraft ( Sun) will allow its crew to receive at any time a coherent radar picture within a radius of 360 degrees, provide job antenna systems in a mode of active and passive radar, posing all kinds of interference and immunity covert data transmission connection to the land and other aircraft, and state identification etc. "- told in KRET.

Full article below (in Russian)

The gorgeous Mi-38, i hope for a great future for it.
mack8

Also, thx Austin for the Take Off link
Werewolf

Also, thx Austin for the Take Off link

They should start get S-8Kor (Ugroza) into service that system is hold back for far to long.
Cyberspec

There hasn't been any news on the Ugroza lately AFAIK

A new aviation division is being established as a part of the 4th Command of Air Forces and Air Defense Forces (Southern Military District); it will be stationed in Crimea, Interfax Zapad reports with reference to the General Staff of the Russian armed forces.

“At present the 27th composite aviation division is being formed; its headquarters will be located in Belbek,” the source said. “The word “composite” here means that this division will operate fighters, strike-fighters, reconnaissance and transport aircraft as well as bombers and helicopters,” the source explained. Until quite recently a regiment of Russian air forces was stationed at Belbek airfield.

Development of ultra-heavy Il plane to begin in 2016, mass production to start in 2023
magnumcromagnon


Russia and China will create a super-heavy helicopter Russia and China will be engaged in the development of super-heavy helicopter, carrying capacity is twice the largest in its class Mi-26.

As told reporters chairman of the Russian-Chinese Commission on preparation of regular meetings of Heads of Government, Deputy Prime Minister Dmitry Rogozin, this is a new model helicopter, as the Chinese side requests the technical parameters that differ from the existing Mi-26.

"It has now become clear in what segment of the Chinese side would like to receive heavy helicopter. Judging by the fact that they ask, it is about two times larger than the carrying capacity of our existing Mi-26 "- Rogozin said, quoted by the agency" RIA Novosti ".

The Mi-26 is the world's largest serial transport helicopter. Its capacity is up to 20 tons of payload.

"If the Chinese side requests the specifications, so different from the Mi-26, it seems, it should not be the Mi-26, and the focus should be on creating a super-heavy helicopter", - said Rogozin.

Dmitry Rogozin also expressed the hope that the project superheavy helicopter can be successful, and did not agree with the estimates of skeptics who claim that this helicopter is not in demand on the market today.

Chinese experts, according to him, ready to hold consultations on the draft joint development and production of super-heavy helicopter.

Recall Rogozin on Tuesday took part in a working meeting with the co-chairman of the Russian-Chinese Commission for the Regular Meetings of Heads of Government, Vice Premier Wu Yi Wang Yan.

The Russian delegation included the Deputy Minister of Economic Development, regional development, transport, agriculture, as well as representatives of other ministries and departments.

Mi-26 - the world's largest multi-purpose serial transport helicopter. Intended for transportation of bulky cargo inside the cargo cabin and on the external load, as well as medical evacuation, rescue works. Capable of carrying loads up to 20 tons at a distance of 400 km at an altitude of 1500 m.

Holding " Helicopters of Russia "is the only developer and manufacturer of helicopters in Russia and one of the few companies in the world have the capacity to design, manufacture, testing and maintenance of modern civil and military helicopters.

Russia may develop hypersonic weapons before end of this decade
magnumcromagnon

Russia may develop hypersonic weapons before end of this decade

It should be given top priority, because proper scramjet technology could enhance everything from cruise missiles and ICBM warheads, to interceptor aircraft, to tank shells.
Viktor


The absolute leader in flight hours in the Eastern Military District became a pilot military transport aviation aircraft AN-12 and AN-26, which flew in 2014, an average of more than 200 hours, and the maximum rate of 330 hours at the airbase crew transport aircraft stationed in Khabarovsk.

Among the pilots of fighter and attack aircraft average flying time is about 130 hours per year.

The fighter jets are comprised of ten upgraded Su-27SM's and four Su-30's. All of them are fourth-generation fighter jets. Four of the aircraft deployed in Crimea are newly manufactured, according to Trukhachev.

These Sukhoi Su-27 SM Flanker fighters will serve with the 62nd Fighter Regiment of the 27th Combined Air Division of the Russian Air Force at Belbek airfield near Sevastopol.

“Ten aircraft have clocked flight hours, are maintained in good condition and will now perform tasks in the sky above Crimea. They arrive under the program of deployment of a full-fledged formation of Russia’s Armed Forces,” said the spokesman.

The majority of Sevastopol residents have never seen such aircraft and are likely to notice them, Trukhachev added.

Earlier it was reported that Belbek airfield will be renovated to station Russia’s modernized air forces.
magnumcromagnon

Photos of a Ka-52 production line

Russian Air Force to Get Over 150 Planes, Copters in 2015: Defense Ministry

MOSCOW, December 1 (Sputnik) – The Russian Air Force will receive more than 150 aircraft and helicopters next year, as part of a state defense order, the Defense Ministry has announced.

"In accordance with the state defense order for 2015 it is planned to deliver over 150 helicopters and airplanes to the [air] forces," a ministry spokesperson for the Russian Air Force, Col. Igor Klimov, said.

The Air Force will also get cutting-edge radar stations, such as Nebo-M and Sopka.

Klimov added that the Russian Air Force will take part in a number of military exercises in 2015.
GarryB

Hopefully 2015 will be the last year for delivery of Mi-28N. 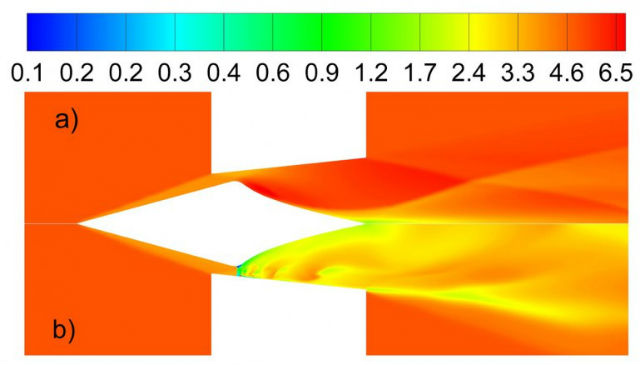 "Summing up the results of our study, we can already make certain predictions. We have described techniques can be applied not only to launch small satellites into orbit, but also for additional acceleration of supersonic aircraft, which can reach speeds in excess of 10 Mach " - reported in Rezunkov press release of the Optical Society.

Russian engineers have proposed the concept of the laser rocket engine

...This is interesting, and maybe whats needed to accelerate (pun not intended) the Zircon program.

So far my ideas on how to succesfully create a scram jet cruise missile:

1.) A '2' stage hybrid rocket-scram jet missile, where the first stage is a powerful solid (or even liquid) fast burning rocket fuel to accelerate the missile quickly, not unlike the rocket fuel for the Moscow ABM's missiles. The 2nd stage would be the actual scramjet engine, which in theory should increase in performance the faster the first stage rocket fuel takes it. This may prove to be the simplest as well as quickest solution to a means to an end.

2.) A hybrid electromagnetic-scramjet missile. The missile is fired by a electromagnetic gun using explosively generated batteries as the propellant, which will aid the scramjet with a hypersonic head start.


...I think the best thing that will come from the Zircon progarm isn't the missile itself, but instead the transfer of scramjet technology to other programs!

...I think the best thing that will come from the Zircon progarm isn't the missile itself, but instead the transfer of scramjet technology to other programs!

Improvements in different areas feed other areas... high temperature aluminium can be used in places where steel or titanium previously was needed making it lighter and cheaper... with scramjets having no upper speed limit literally the sky is no longer the limit....
Sponsored content