MOSCOW, July 22 - RIA Novosti. For the first time, Russia conducted a successful flight test of an aircraft engine made by 3D printing, its production is scheduled for 2021-2022, told RIA Novosti at the Foundation for Advanced Research ( FPI ).

"In Tatarstan, on the basis of the Kazanbash aviation center, for the first time in Russia, flight tests of the MGTD-20 gas turbine engine manufactured by 3D printing were carried out. This power plant with a thrust of 22 kgf (kilogram-force) was developed within the framework of a joint project of the Foundation for Advanced Research and the Federal State Unitary Enterprise " VIAM " SSC RF with the participation of JSC NPO "OKB im. M.P. Simonov, "the press service said.

The FPI explained that a light unmanned aerial vehicle A30 developed by the NPO MP Simonov Design Bureau was used as a flying laboratory for testing the new engine. The wingspan of the drone is 3 meters, the take-off weight is 40 kilograms, taking into account the payload mass of up to 10 kilograms.

"During the first test flight, according to a given program, the device passed in autopilot mode along the route points at an altitude of 170 meters, reaching a maximum ground speed of 154 kilometers per hour, after which it made a successful landing. The maximum engine speed was 101,600 rpm, the workers - 58,000 rpm, "the fund said.

During the implementation of the project, a line of promising small-sized gas turbine engines in the thrust class of 10, 20, 125 and 150 kgf was developed, manufactured and tested. The start of serial production of power plants is scheduled for 2021-2022, taking into account the completion of the stage of development work in the interests of the state defense order.

A joint project of the Foundation for Advanced Study and FSUE "VIAM" on the development of new generation materials for additive technologies for the manufacture of structural elements of aircraft and rocket engines was launched in November 2015. Within the framework of the project, a technology has been created for the manufacture of parts for MGTD and gas turbine plants for industrial use by the method of layer-by-layer laser fusion using metal-powder compositions of heat-resistant and aluminum alloys. A number of developed alloys in terms of strength characteristics exceed their foreign counterparts by more than 20% 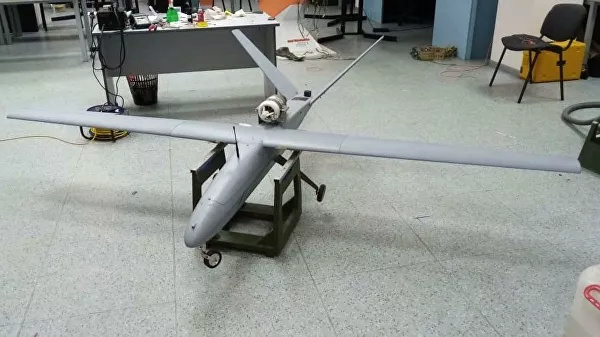 Cheaper cruise missiles, or cheaper UAV? Like the American Grey Wolf? It's a little slow.

Isos wrote:It makes no sense actually. Su-35 has them, upgrade for su-30 plans to use the su-35 engine and the upgraded su-27 also use them if I'm not wrong even if they have low numbers of SM2 and SM3 in service (but they won't last as long as the 30 and 35 anyway).

Same situation for the radar. Irbis is already planned to be used on all of them.

What would make sense is to design su-57's engine so that they can be used on su-27 series so that when any of them need new engines they can put the newest one on them and slowly replace all of them.

There was talk about Su-30SM1 using the same engines of Su-35, I have read nothing about the Su-27 or Su-34 doing it until right now.

The izd. 30 is a supercruising engine and therefore it may not make so much sense to put it in a fighter not designed for such flight regime and engine airflow requirements. And probably it will be notably more expensive too.

They have many engines in the same size class as of now: apart from the various series of AL-31F, they have the 41F1-S, the 41F1 and then the izd. 30, that is many engines and it definitely make sense to consolidate them and simplify the logistics while improving the aircraft performance. As far as I see it, there are two options that make sense:

1. They use the 41F1-S on all the Flanker series. Them talking about considering previous versions too may refer to creating an engine that is backwards-compatible with the installation on other planes, but also maybe cheaper than the 41F1-S.

2. They move the technology of the 41F1, which recently was transferred to serial status, to mass production. Otherwise it would be only used on a handful of Su-57 (maybe 20 units or so, until izd. 30 arrives), that would be re-engined afterwards. I don't know if all the tooling and expenses incurred in preparing the serial production of such engine would be covered in that way. Using it in the Su-35 and other Flankers would give VKS a premium in performance, given that the 41F1-S was designed as an export engine, while making use of that production line. The 41F1-S would still be produced for export customers, so that investment would not be lost.

I wonder also how Salut will be included in this new development, they were manufacturing AL-31 too...was it only for export customers or also for the Russian Flankers?
GarryB

Cheaper cruise missiles, or cheaper UAV? Like the American Grey Wolf? It's a little slow.

A straight wing and non retractable undercarriage and a camera attached to its tail... I rather suspect the aircraft design had more to do with its top speed than the motor.... put the new engine for the PAK FA on an AN-2 and it wont fly that fast either...

The point is that this is a cheap easily mass produced engine that works likely for a tiny fraction of those American low cost missiles... you could probably buy five Russian missiles with this sort of engine for the price of the packaging used to deliver the Grey Wolf...


A 25kg thrust motor in a 40kg model should allow quite decent performance, but if you look at the video you could see it wobble from side to side... it can definitely go faster than that but its shape is probably preventing that.

Note they likely chose a low speed shape so they didn't have the problem of a high speed landing....

The United Engine Corporation (UEC, part of the Rostec State Corporation) has begun mass production of the NK-32-02 engines.

Currently, UEC conducts qualification and service life tests of NK-32 series 02 engines at stands. "The newly manufactured engines meet the requirements of the design and regulatory documentation stated in the tactical and technical assignment," the corporation stressed.   The UEC is completing the modernization of production at the UEC-Kuznetsov enterprise, which was required to start the serial production of the second stage NK-32 engines for the modernized Tu-160M ​​strategic missile carriers. "Implementation of measures to organize serial production of NK-32 series 02 engines has been completed. The need to ensure an increase in production throughput entailed a large-scale reconstruction of production," the UEC said.

At the end of this year they plan to start the ground test of the VK-650 helicopter engine (for kazan ansat and Ka 226, and possibly for the VRT500 (currently planned with the french engine Safran Arrius)).

Certification is planned for 2023.

The United Engine Corporation (UEC, part of the Rostec State Corporation) has begun mass production of the NK-32-02 engines.

Currently, UEC conducts qualification and service life tests of NK-32 series 02 engines at stands. "The newly manufactured engines meet the requirements of the design and regulatory documentation stated in the tactical and technical assignment," the corporation stressed.   The UEC is completing the modernization of production at the UEC-Kuznetsov enterprise, which was required to start the serial production of the second stage NK-32 engines for the modernized Tu-160M ​​strategic missile carriers. "Implementation of measures to organize serial production of NK-32 series 02 engines has been completed. The need to ensure an increase in production throughput entailed a large-scale reconstruction of production," the UEC said.

This is a substantial accomplishment. To spin up production from defunct factories or production lines and to revise the design is something that no
gas station posing as a country can do. Such news is always so bland as if it is run of the mill and ho hum. It is nothing of the sort. Look at China and
its struggle to copy the Su-27 engines. If this sort of development was trivial it would have taken them no time to produce something better.

So we see that in spite of the 1990s, Russia did not lose its scientific and engineering skills as represented by highly qualified personnel (HQP). This means
that effort was made to educate them, train them and pay them. That is not the collapse story always told. In fact, here in the rich west, HQP is let go during
budget cuts as if it will re-emerge form the woodwork when needed. That's not how it works.

Good background article on the ramping up of helicopter engines.

Interesting they mention potential cooperation with foreign companies... maybe they can make the fiddly little titanium hot bits for France that are currently made in the US... that would be good for France and good for Russia too...
Sponsored content