By the time the Indian Navy put into operation the head submarine of the Scorpene S 50 Kalvari type on December 14, 2017, work under project 75 (the Indian designation of the French project Scorpene), including the construction of six submarines by the Indian state shipbuilding enterprise Mazagon Dock Limited (MDL) in Mumbai, already five years behind schedule. Today, when the Indian Navy reported numerous problems with the second submarine of this type S 51 Khanderi (serial number 11876), the project is delayed by another year. Navy countries refuse to enter the Khanderi into service until all its defects and shortcomings are completely eliminated, writes Ajai Shukla in an article for the Indian newspaper "Business Standard". 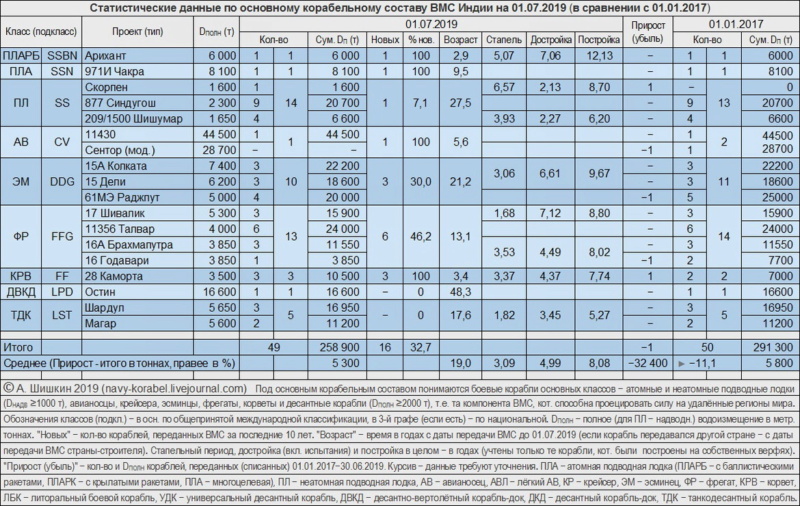 "As Navy Chief I am convinced that
the country neesds three aircraft carriers so that two are operational at all times. We think they should be 65,000 tons with electromagnetic propulsion"

He said while addressing the annual Navy Day press conference.
Navy's plan is to have three aircraft carriers in the fleet  in the long term, said Admiral Karambir Singh.
The statement by the Navy Chief comes at a time when China has been increasingly expanding its footprints in the Indian Ocean.

Btw, coincidentally that would be also the ideal size and number for the Russian Navy as well.

building a series of 6 ships for two navies (3 ships each) would also allow to spread the development and manufacturing cost.

Of course there would be some difference between the Russian and the export version, but it would not preclude huge savings by producing them in a serie.

Maybe Zvezda could build 2 of them at a time...

Lucknow: Making a strong pitch for the F/A 18 Super Hornet fighter jets for an upcoming requirement of the Indian Navy, US defence major Boeing has said that the aircraft will soon be tested on a ski jump to demonstrate that its abilities to operate from Indian platforms.

The Super Hornet, which is by far the most used carrier borne fighter in the world, will be competing with the French Rafale for a requirement of 57 jets for the Navy for its aircraft carrier that is currently under construction at Kochi. The only existing Indian carrier – the INS Vikramaditya – operates the Russian MiG 29 K but the Navy is keen to get a more contemporary jet for future requirements.

While both France and the US have offered their fighters, the key issue is that the western jets are designed to operate from a flat deck with the assistance of a catapult. The Indian ships do not have the catapult and rely on a ski jump for take-off.


To overcome this, Boeing says that it will prove that the Super Hornet can operate from a ski jump by conducting physical tests. Sources said that the tests could be carried out a shore based facility in Maryland in the coming months.

“The F/A-18, on offer to the Indian Navy, is fully compatible with Indian Navy carriers and will boost the growing maritime and defence relationship between the United States and Indian navies,” Boeing says.

France is also pitching the fighter jet as a contender for the Indian Navy’s, pointing to operations against ISIS using the Rafale. French industry has pitched that the jet can be easily integrated onboard the aircraft carrier under construction at Cochin Shipyard Ltd.


Several rounds of talks had taken place with the Indian Navy regarding the requirement of 57 jets but the formal acquisition process is yet to start. While the navy has used Russian MiG 29 K jets till now, it wants to progress to a new aircraft due to several technical problems with the fleet.

Both the F/A 18 and Rafale Marine fighter jets have been operating from aircraft carriers but are rigged for catapult launches. Extensive tests and software analysis have been conducted by the French and US companies to show that they can operate with a meaningful load from ski-jump carriers.

is still unclear how the Indian side will categorise the purchase--as a direct foreign purchase or with an offset clause that mandates a proportion of the manufacturing will have to be domestic.

Still I don't understand how this will
be a better choice than the mig29k.

Mig29k is not less modern than the  f18, it is already proven in this role and can already be assembled in India. In addition it would be much more simpler from a logistical point of view, taking into account the current fleet and the possible acquisition of mig35 for the airforce. If India wants and pays for it, it can also get the same avionics and advanced radars of the mig35.

If there were problems with mig29 availability it was due to indian mistakes and lack of spare parts, but if they don't pay for them and do not order them in time this is not Russia's fault.

In addition i believe there were issues with the quality of some parts assembled in india in conparison with the same parts sourced directly from Russia.

USA trying to offload thier old jet designs to India to get the big bucks from the dumb Indians.

Lets see if the Indians are as stupid as they usually are in their procurements.
Tsavo Lion

I doubt the Indians will order any F-18E/Fs- they r bigger than MiG-29Ks; the decks/lifts on IN CVs will be too small to accommodate as many of them/at all.
https://en.wikipedia.org/wiki/Boeing_F/A-18E/F_Super_Hornet#Specifications_(F/A-18E/F)

Also, bringing their big & heavy engines may not be possible with current Indian COD aircrafts. Besides a higher American price, pilots & maintenance crews will need to be trained, & parts ordered as well &/ produced in India, which uses the metric system.
https://en.wikipedia.org/wiki/Metrication_in_India

The Hornet is an older design than the Fulcrum... why are they talking about wanting a newer design?

The US will cheat to make their plane look more appealing, and once they have made the sale and the contract is signed the prices will go up and the performance will not be what they expected...

Interesting they are not even considering the F-35 as it would not even need cats and should in theory be ideal... except that in practise they are not that great...
jhelb

Tsavo Lion wrote:I doubt the Indians will order any F-18E/Fs- they r bigger than MiG-29Ks; the decks/lifts on IN CVs will be too small to accommodate as many of them/at all.
https://en.wikipedia.org/wiki/Boeing_F/A-18E/F_Super_Hornet#Specifications_(F/A-18E/F)

GarryB wrote:The Hornet is an older design than the Fulcrum... why are they talking about wanting a newer design?

The Indian media is filled up with journalists who are on the payrolls of US government. Naturally they will write stuff that are pro US.

What Russia should do is hire similar mercenaries across India (it's a third world country with a massive population of unemployed people, so hiring people will not be a problem) by the droves, whose only job will be to write stories about how massively US, EU weapons failed are failing in wars across Middle East and elsewhere.
Rodion_Romanovic

Russia has not yet received any requests from India for the delivery of a new batch of MiG-29K deck-based fighters for the Indian-made aircraft carrier Vikrant, a source in the aircraft-building industry told TASS on Wednesday.

Russia earlier provided all the necessary information to the Indian side on a possible contract, the source specified.

As the Indian newspaper, The Financial Express, reported earlier, citing India’s Defense Minister Sripad Naik, the wait for the country’s first indigenous aircraft carrier Vikrant has been extended "due to issues with the delivery of aviation equipment from Russia."

"Russia is waiting for a request from the Indian Defense Ministry for the delivery of deck-based MiG-29K fighters for the Vikrant. That is why, it is not quite correct to claim that the delivery of the aircraft carrier to the Indian Navy is being delayed because of Russia," the source stressed.

The Indian side has not yet issued even a call to bid in a tender for the supply of deck-based aircraft, although the Indian side made the relevant inquiry back in 2017. On Russia’s behalf, the state arms seller Rosoboronexport will take part in the tender, the source said.

According to India’s plans, the light aircraft carrier Vikrant is due to be delivered to the Indian Navy in March 2021. The warship is expected to carry up to 14 MiG-29K fighters and several helicopters. Russia earlier delivered a batch of MiG-29K/MiG-29KUB fighter aircraft for the Indian aircraft carrier Vikramaditya (the former heavy aircraft-carrying cruiser Admiral Gorshkov).

Usual bullshit from corrupted indian newspaper. They are so stupid that they can't even use a phone and ask if their MoD has ordered the migs.
Sponsored content