K-132 Irkutsk nuclear submarine missile cruiser of project 949A at the Far Eastern Zvezda plant.
One way or another, has been awaiting repair since 1997. 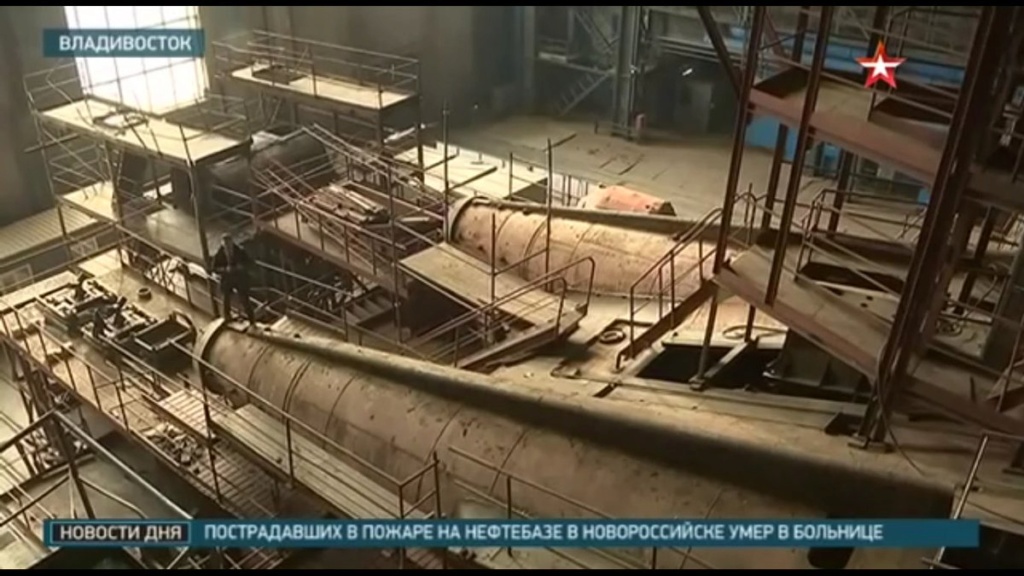 (I may have already posted it but i don't really remember but who cares It's not something we see everyday...)

Capt(N)
@Capt_Navy
The photos of USN warships made through the periscope of a Russian submarine (Oscar-II class) in autumn 2016 in the Mediterranean Sea. 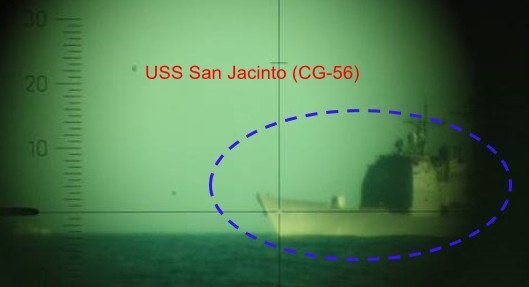 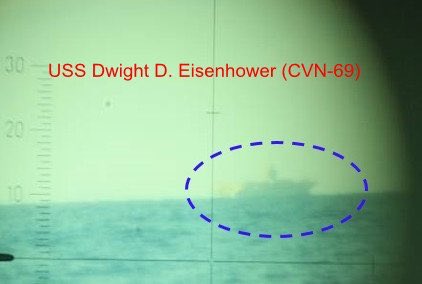 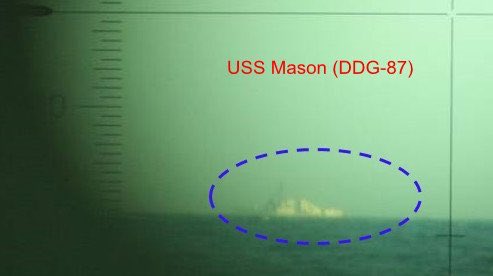 George1 wrote:K-132 Irkutsk nuclear submarine missile cruiser of project 949A at the Far Eastern Zvezda plant.
One way or another, has been awaiting repair since 1997.

Wow so this was only operational for 9 years and now has been parked for 22 years? That is bizzare.
George1

"Chelyabinsk": 13th year in reserve, 6th in the factory

In September 2013, the Commander-in-Chief of the Navy V. Chirkov announced the planned deep modernization of four SSGN pr. 949A to the level of 949AM with a deadline by 2020 (reference 1). In May 2015, five units were already counted at the headquarters of the Pacific Fleet (reference 2). All these plans, however, were confused by the failure of the concept of a “new ship in the old hull” that had been outlined by the end of 2017 (ref. 3), caused primarily by gross errors in the management of shipyards (the term for modernizing the serial SSN, pr. 971M on Zvyozdochka increased from three to nine years old). The fate of the head 949AM (K-132 Irkutsk, plant number 619) does not cause much concern - work on it is under the control of the Government and the Ministry of Defense, and in 2022 it must be transferred to the fleet. The second one also has good chances (K-442 Chelyabinsk, plant number 638). As regards the third one, there is no complete certainty (K-456 Tver, Plant No. 649 - Ref. 4, notice for the purchase).

The exact date of the Chelyabinsk output to the reserve could not be found, but it is known that in 2008 it was already sky-ready. Quote No. 1 (dated 11.02.2008): “The cruiser went to sea for the first time 17 years ago and has since been practically not repaired. Today, there is a catastrophic lack of funds for maintaining the boat, the set of recruits for the ship has been suspended. At present, the atomic ship is docked does not go to sea "(ref. 5). Quote No. 2 (dated May 15, 2008): “Today ... the cruiser is in distress, does not go to sea, needs major repairs, its further fate is unknown and, most likely, sad” (ref. 6).

In addition, there is information (from material under the same link 5) that the "Federal Law adopted in 2003 [No. 131-FZ of October 6, 2003" On General Principles of the Organization of Local Self-Government in the Russian Federation "], refracted the smooth running The regional government [of the Chelyabinsk region] was banned from financing military units [to provide patronage assistance to military units]. And over time, the cruiser left ... the ships of the first line "(for information: in 2012, patronage connections were resumed). Thus, included in the heading "13th year" is the minimum period of stay of the AIC in the reserve, the beginning of which can be dated 2004-2007.

On the "Zvezda", "Chelyabinsk" arrived 07.09.2014 from Vilyuchinsk aboard a Chinese semi-submersible vessel (ref.

The procurement plans of the Zvezda DVZ for 2015, 2016, 2017, 2018 and 2019, available on the official website of the enterprise, head. No. 638 ("Chelyabinsk") is not mentioned even once (ref. 12), because of which (coupled with its confinement to the berth) it may seem that the modernization of the cruiser is frozen. However, there is a position on the public procurement website stating the opposite. In the notice of the procurement No. 3101512781 of September 15, 2014 for the dismantling and transfer of the DVZ Zvezda material part of the SM-225 products (more precisely, SM-225A - PU PKRK Granit) in July last year (07/22/2019 ) a change was made to bring the VAT rate specified in the agreement between Zvezda and the Obukhov Plant in accordance with the new version of Article 164 of the Tax Code of the Russian Federation (ref. 13). This fact indicates at least that the plans for updating " Chelyabinsk "remain in force.

With a certain amount of confidence, it can be argued that today at the head. No. 638 a partial defect (some equipment, hull structures, systems, etc.) was carried out, SM-225A and, possibly, some other products were dismantled or dismantled. Raising the ship on a solid foundation and setting it into a boathouse can take place as early as next year - immediately after the withdrawal of Irkutsk (this is impossible now because the two-span boathouse of the Zvezda is occupied by Irkutsk and Magadan - ref. 14). Thus, there is every reason to hope that until the end of the current state armament program (GPV 2018−2027), the Russian Navy will receive two APKR pr. 949AM. At the same time, their venerable age (in 2027, Irkutsk will turn 39 years old, Chelyabinsk 37) will not hurt the eyes, given that the ships have been operating for less than half the calendar life - 13 (plus 5 since 2022) and 17 years old respectively.

I think with the Oscar class the age is not that important. The way the upgraded ships will be armed will make the fact they are a bit noiser then state of the art, completely irrelevant. 72 caliber missiles WOW. One Oscar can take on 2 CBGs with that kinda of armament.
George1

Work in 'Irkutsk' is in full swing