SeaRAM is a 11-shot magazine. If double or triple-tapping to ensure a missile-kill, it is good for 3-5 incomings. If there is a 6 inbound, there might be problem. Also, SeaRAM is a modified sidewinder (which originally was intended for larger and slower-to-respond fighter plane). At mach 2+ speed, it is same or slower than the latest supersonic ASCM (such as Klub, Brahmos, or YJ-18) with manoeuvrable terminal phase. Can a '180-lb defensive back' running full speed and head-on at a bobbing and charging '250-lb running back' and trying to stop it? I don't see many tackles made that way (head on, full speed, and 1-on-1)

SeaRAM is a rotating missile like a bullet out of rifle. That mean there is added rotational inertia it must overcome if it wants to keep up with a weave-and-bob incoming.

The Sidewinder was originally designed to zoom up the exhaust port of a larger, and less manoeuvrable target going, more or less, in the same direction (that means, the net closing speed is the missile speed itself ~mach 2). Here we are talking about a combine closing speed of Mach 4-5 against a much smaller (and presumably harder jinking) target.

btw, I just wiki 'sidewinder missile', and look at its kill ratio,

"The Sidewinder is the most widely used missile in the West, with more than 110,000 missiles produced for the U.S. and 27 other nations, of which perhaps one percent have been used in combat. It has been built under license by some other nations including Sweden. The AIM-9 is one of the oldest, least expensive, and most successful air-to-air missiles, with an estimated 270 aircraft kills in its history of use. "

That means 1100 missiles fired for 270 kills. A 4:1 kill ratio. That means, of the SeaRAM's 11-shot magazine, it can statistically kill 2-3 attacking fighters from rear end...this looks worse and worse as I type. I think the Navy owes taxpayer a real scenario of shooting 2 inbounding supersonic target drones, and see if 11 missiles can knock down 2.
max steel


The U.S. Navy and Lockheed Martin are restarting production of the latest version of the Mk-48 heavyweight torpedo. The new Mod 7 version— which is being upgraded under the Common Broadband Advanced Sonar System (CBASS) program—will help the Navy’s attack boats take on the threat from advanced Russian and Chinese-built ships and submarines.

“The latest guidance and control technologies for Mk-48 torpedo are thanks in part to Lockheed Martin’s $10 million investment in manufacturing efficiencies, facilities, and laboratories to ensure navies can pace the threats in littoral and deep sea environments,” said Tom Jarbeau, Lockheed Martin Mk-48 program director. “We are building on our five decades of experience in undersea systems and our strong record of providing complex electronic systems to our customers on schedule and on budget.”

Lockheed Martin developed the new version of the Mk-48 under a five-year $425 million contract that was awarded in 2011. While the Mod 7 upgrade will be applied to new torpedoes, it can also be used to upgrade older weapons to the new standard. Under the terms of the contract, Lockheed Martin will deliver 20 Mod 7 CBASS kits to the Navy per month. The company expects that it could sell as many as 250 torpedoes to the Navy over the next five years.

Compared to older versions of the venerable Mk-48, the new modular Mod 7 variant increases sonar bandwidth. It can transmit and receive pings over a wider frequency band and it takes advantage of broadband signal processing techniques to greatly improve the weapon’s search, acquisition and attack effectiveness. The new weapon is also much more resistant to advanced enemy counter-measures. Perhaps most significantly, the Mod 7 uses modern open-architecture computers, which means it will be easier to integrate new hardware and software upgrades.

The new upgrades will keep the venerable 21-inch diameter, 3500lbs weapon—which incorporates a 650lbs warhead—relevant well into the future. The original version of the weapon was designed during the 1960s and entered service in 1971 with the U.S. Navy. Over the years the Mk-48 has been upgraded many times and remains the principal anti-ship and anti-submarine weapon onboard American submarines—and indeed many allied navies. Versions of the Mk-48 are in service with the Canadian, Australian, Dutch and Brazilian fleets.

The Mk-48 will remain the U.S. submarine fleet’s primary weapon for the foreseeable future.
max steel


US Navy had developed a 30-kilowatt laser and mounted it on the USS Ponce, which was stationed in the Persian Gulf at the time. The laser was part of the US Navy's new Laser Weapon System (LaWS) program, and with a videogame-like controller it had been successfully tested.

In this video, the laser will engage and destroy multiple targets including a drone in mid-air.

The Navy is going to go bigger, much bigger.The US Navy will now be performing tests of a 150-kilowatt laser, in an effort to upgrade capability and eventually to become part of every service platform.

Very limited horizon, maybe 5 miles to 10 miles. Looks like short burst, has to repower. How would it do on 3 inbound missles at 700 mph ? probably badly. Expensive gadget in the budget because of someone at Darpa has a friend in a Lazer company.
max steel

LCS Missile Shoot Is ‘Successful’ — But a Miss

For the first time, a littoral combat ship (LCS) has successfully launched a Harpoon surface-to-surface missile — but the missile failed to hit its target.

The LCS Coronado launched a Harpoon Block IC missile from a canister installed on its forward deck late Tuesday afternoon during Rim of the Pacific (RIMPAC) exercises near Hawaii. The target, the decommissioned frigate Crommelin, was about 20 nautical miles away.

“The missile left the ship as planned in the engagement plan,” Cmdr. Scott Larson, commanding officer of the Coronado, said Wednesday during a phone interview while still at sea. “We saw visually a booster separation, and it looked as though the missile was on the correct bearing. We lost radar track as the missile moved down range.”

“The data is still being analyzed to determine what the missile profile looked like,” Larson added. “Indications are it was a negative impact. But it was successful in validating our ability to deploy that missile off the ship and not damage the ship.”

Lockheed Martin has successfully conducted a controlled flight test of the Long Range Anti-Ship Missile, or LRASM, at the Point Mugu Sea Range in California, the company announced Thursday.

It also showed the system's ability to align mission data with the moving ship and launch from the MK 41 Vertical Launch System.

The LRASM exited the vertical launched during the test, cleanly separated from its Mk-114 booster and transitioned to cruise phase.

This demonstration from a moving ship in an at-sea environment was a crucial step in proving the maturity of the surface-launch variant, Lockheed said.

LRASM is a precision-guided anti-ship missile that is designed to meet the needs of the Navy and Air Force in an anti-access/area-denial threat environment.

The American Web Resource “The Drive” in the Tyler Rogoway "Navy To Supersize Ultrasound SM-6" reports that the US Navy has requested funds in the draft US defense budget for fiscal year 2020 $ 7 million to develop a new long-range version of the Raytheon Standard SM-6 multipurpose ship-borne missile, designated the SM-6 Block IB. 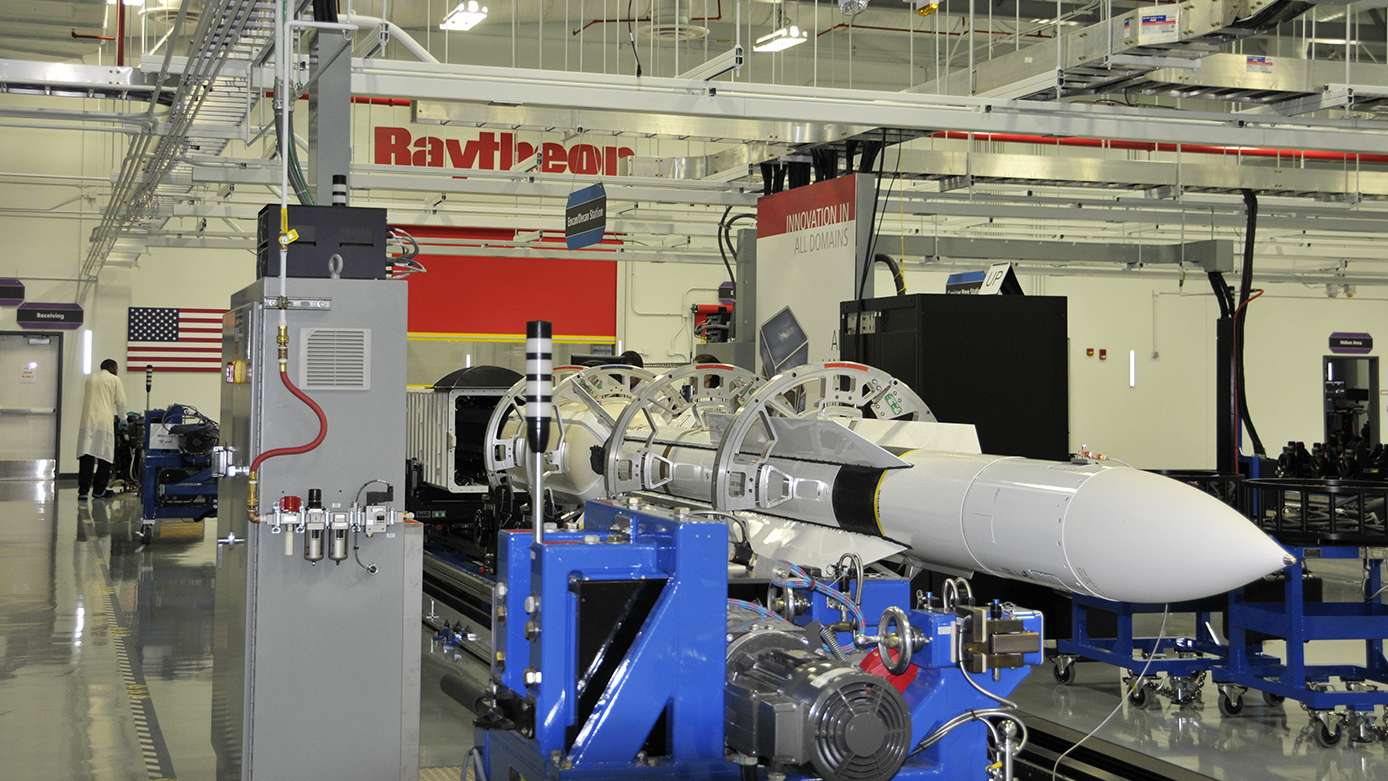 Quite a good article on the Norwegian/US Naval Strike Missile.


The Independence class Littoral Combat Ship USS Gabrielle Giffords (LCS-10) is in the waters off Guam taking part in exercise Pacific Griffin, during which she fired off a Naval Strike Missile (NSM). This is a big deal considering giving the LCS more combat punch and a far longer kinetic reach has been a long time coming and the Naval Strike Missile is an incredibly capable and relevant weapon, as is its even more advanced cousin, the Joint Strike Missile. Images and video from the launch were interesting, but one image, in particular, serves as a unique example of one of the basic tenets of low-observable "stealth" design.

The Navy Strike Missile, which is a product of Norway's Kongsberg Defense and Aerospace, was designed with reduced radar cross-section in mind, and especially from the head-on aspect from which it will barrel towards its maritime target. The missile uses passive imaging infrared, not radar, to locate and attack its prey. As a result, it doesn't give away its presence by emitting RF radiation during its terminal phase of flight. It also isn't susceptible to 'soft kill' electronic warfare tactics like jamming. In addition, its small radar cross-section makes it hard to spot on radar as it skims low and fast over the waves.

Generally speaking, warships depend on a missile's radar emissions and its radar signature to detect it and defend against it. Lacking one of these things entirely and manifesting the other in very limited quantities, you can imagine that the Naval Strike Missile is one diabolical and deadly anti-ship cruise missile. Oh, it also has a secondary land-attack capability, too. 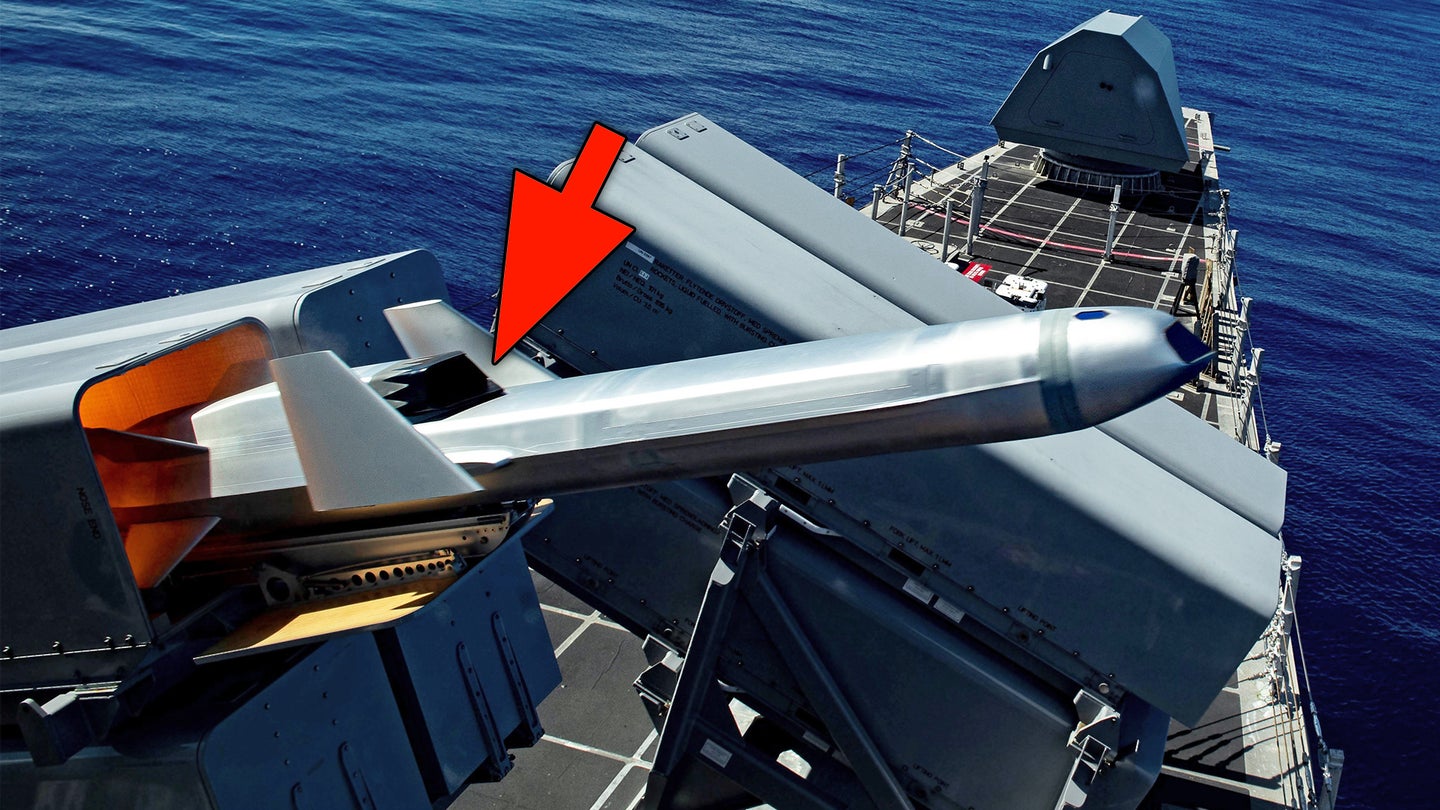 oh wow.... how amazing... so I guess the SS-N-14 Metel is a super weapon too... not only can it attack submarines with the torpedo it carries, but the rocket that flys it out to the target has a 300kg HE warhead and an optical guidance system... so it will be a passive anti ship weapon and the payload of 300kgs of HE and an entire torpedo and its volatile unused fuel and of course the HE warhead from the torpedo should add up to a rather potent anti ship capability...

The missile uses passive imaging infrared, not radar, to locate and attack its prey. As a result, it doesn't give away its presence by emitting RF radiation during its terminal phase of flight. It also isn't susceptible to 'soft kill' electronic warfare tactics like jamming. In addition, its small radar cross-section makes it hard to spot on radar as it skims low and fast over the waves.

Hang on.... while the Russian ships were in Syria didn't they show off a dazzler laser based system to defeat optically guided weapons... like ATGMs and of course IR and TV guided weapons from being fired at their ships?

Wouldn't that work too against this brand new weapon?

Also Russian ships are just covered in all sorts of rocket tubes that launch chaff and IR elements and smoke that thermal imagers can't see through...
Sponsored content