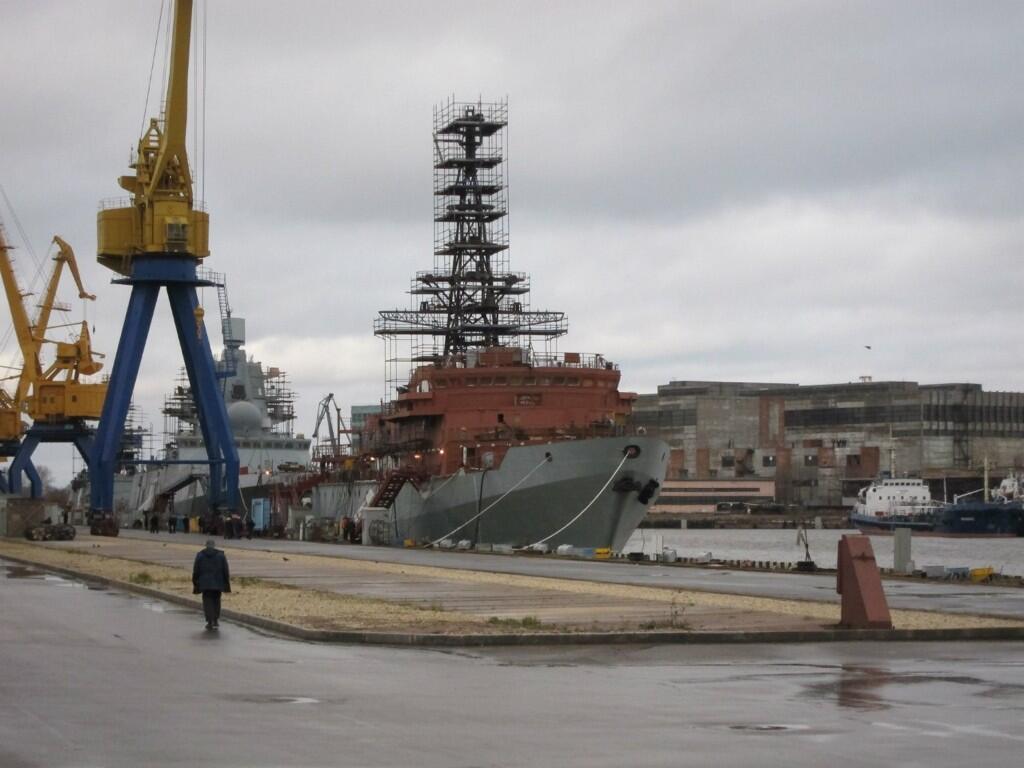 Interview is a nice overview btw, thanks.
Viktor

Interesting photo, because it is Novorosiiisk.

Recent pics (2013) from the Pacific! I must say, they leave a positive vibe: 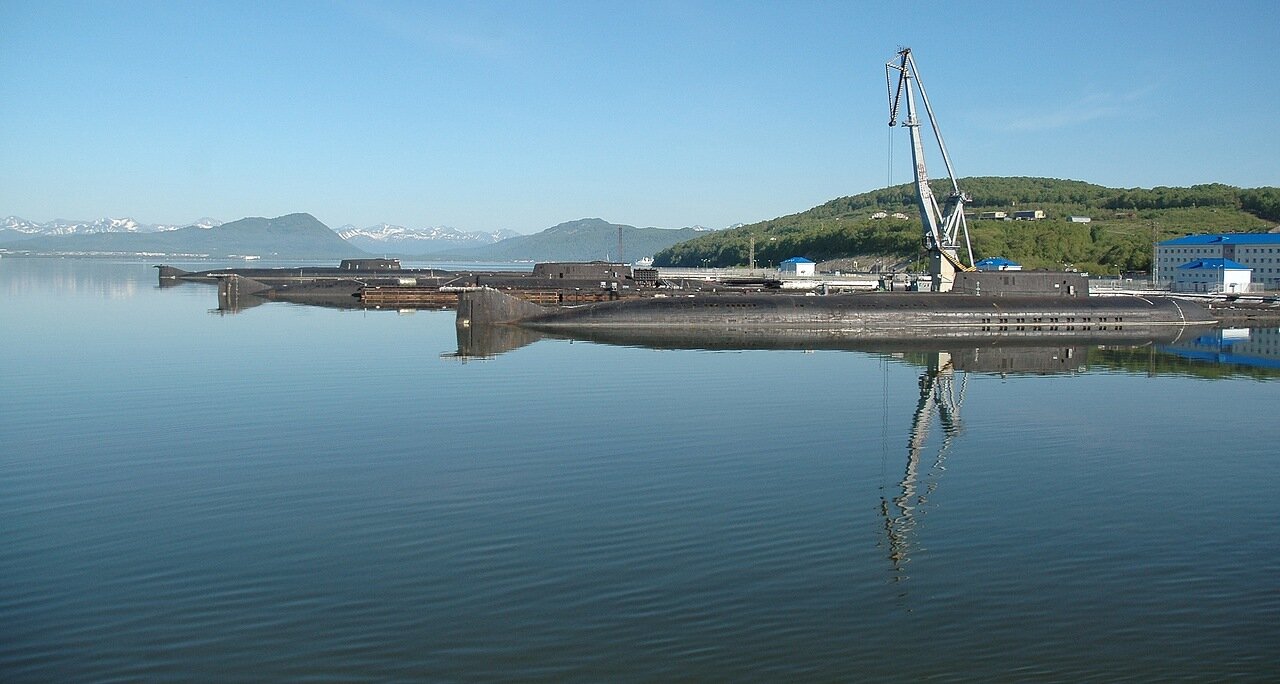 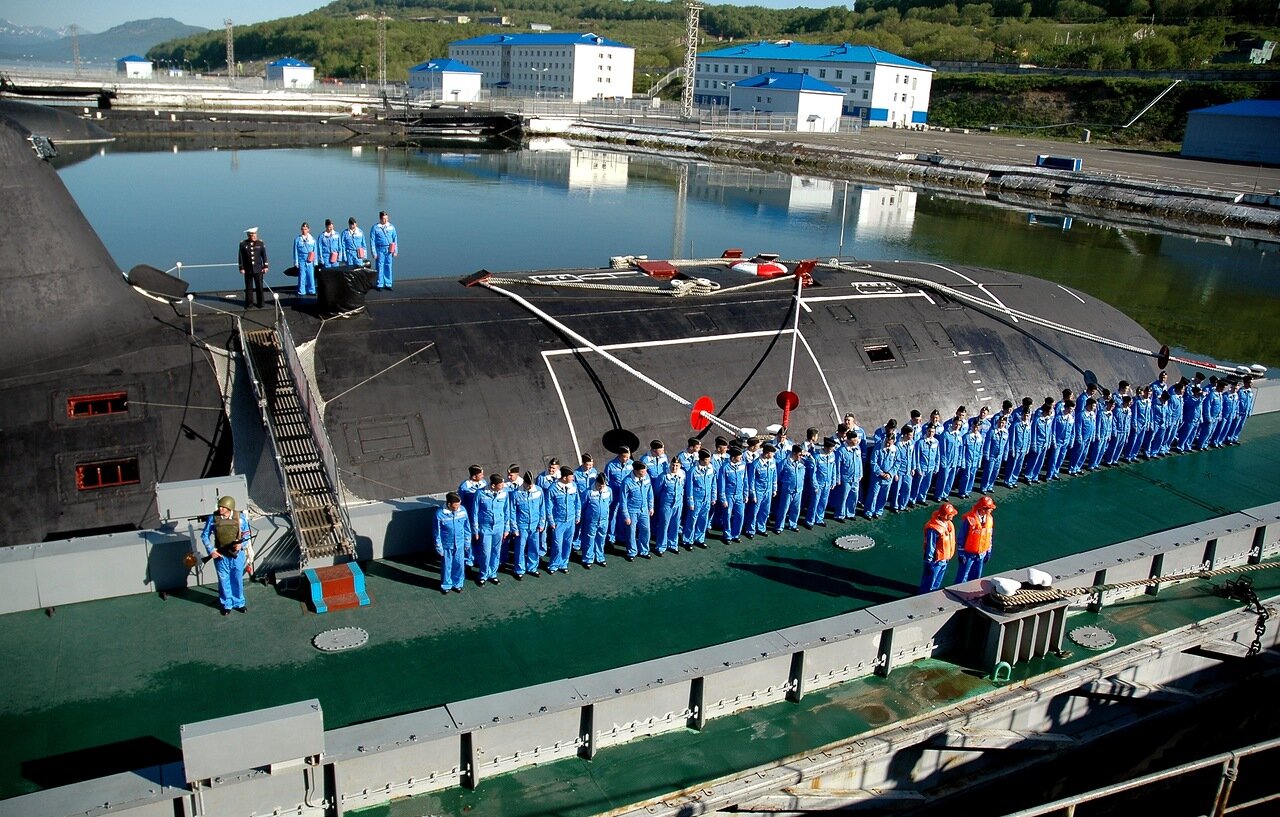 Nearby a Bars.....looks in good shape, and the shore facilities look taken care of as well. 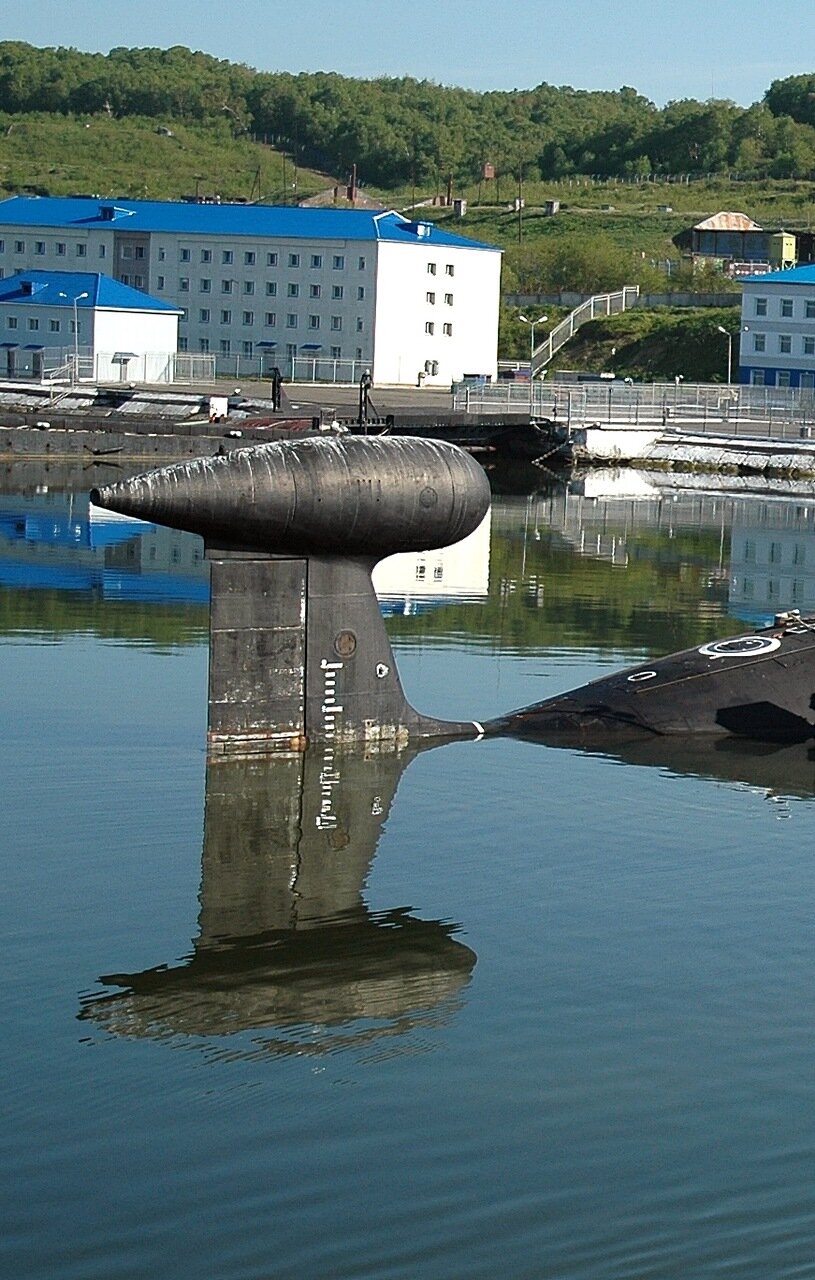 Birds crapped all over the sonar.

Anyways I am too lazy to post em all, check out the album yourself!

Its for Artic but still a supply ship 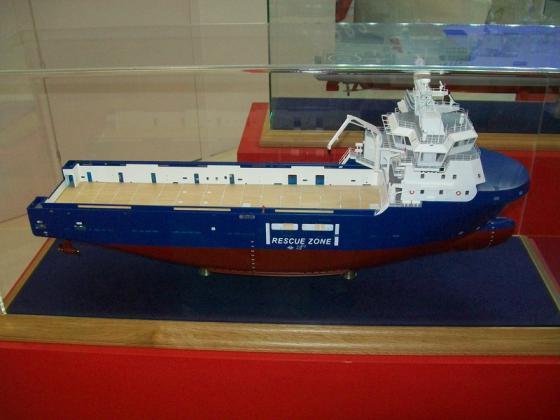 A VERY interesting post by an experienced man on the 956s propulsion issues.
I am busy right now, but I will translate the interesting points later. Till then, google do your thing.
Austin

Will the 6 1135.6 and Gorshkov class Frigate will be armed with Brahmos ? Any concrete news ?

UKSK fires both Kalibr and Onix, so it is up to whatever mix they decide to employ.

I was asking specifically asking about Brahmos

TBH I don't see them carrying Brahmos at all when they have fully domestic Onix.
I certainly have not heard anything about Brahmos being tested or integrated for anything in the RuNavy, though technically it would be an easy adaptation.
Gorshkov and Grigorovich both use UKSK, and the module is adapted for both Onix and Brahmos among others.
Talwar has been using UKSK for Brahmos for years, its no issue.
Vann7

Austin wrote:Will the 6 1135.6 and Gorshkov class Frigate will be armed with Brahmos ? Any concrete news ?

I don't think Russia will ever use brahmos  as their main missile. They could use it here and there in special times but not for long periods if they can avoid it..  Reasons for not using Brahmos..

1)Way more expensive. Brahmos is two missiles in one.. land attack and anti-ship. Cost much more ,for being more
complex. according to wiki  2.73 $US millions each.  a US tomahawk cost $500,000. each.. Calibrs land attack should be even cheaper.

2)Range is limited to 300km unless they modify it with boosters that will require extra work and time.
Russia Calibers land attack missiles for example range is rated from 900km to 2600km (depending on the source)

3)Is always safer to use a missile that no one have. US and Israel and France have spies all over India
(just like in RUssia) but the security of Brahmos design is something they have no control since is done in India.

They can be used in combat jets ,so thats something where i can see Russia using them more in special times ,where suddenly need to attack a warship or land and they don't have an specific missile for it. This is actually the same for warships.. they could reserve one launcher or two with a brahmos  for special times.. which seems the best way for Russia to use them. For special times.

New destroyers and frigates await Russian Navy. Its strange that Chirkov reffers to project 22350 as a "medium term ship" and that new frigates are planned

Something to think about ... 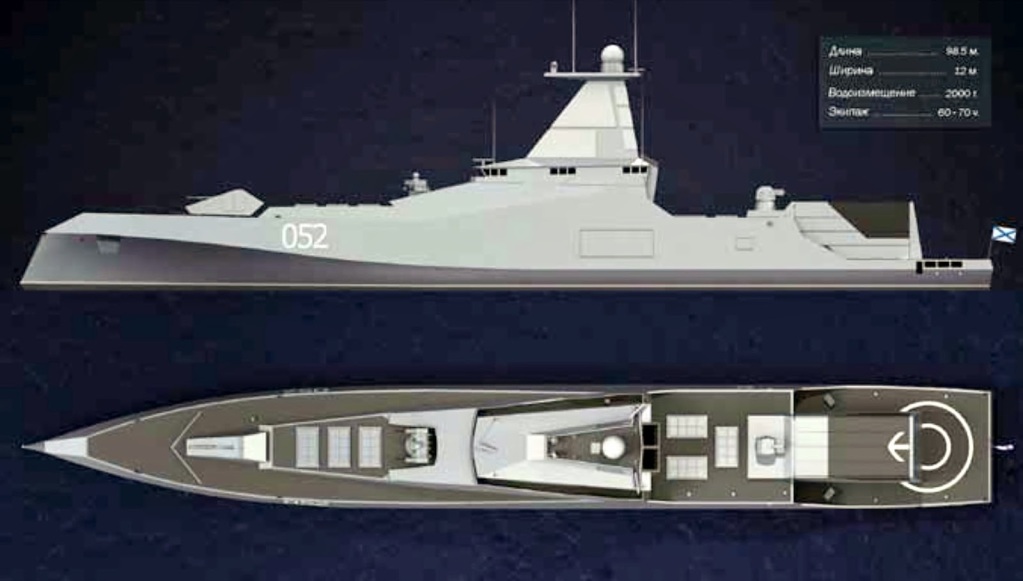 A Zumwalt class under microscope this is

It can be tried to see if it is effective, cheap and easy to make.
In other words if Russian engineers can succeed where Americans failed.
flamming_python

It looks a lil' "light" in terms of anti-aircraft capabilities. I mean a Palma gun-missile CIWS and AK-630M2 gun CIWS. Ain't gonna cut it.
Hannibal Barca

Well, if your purpose is to create a testbed for design evaluation then I guess the anti-aircraft capabilities is of secondary importance.
Let alone that in this size of only 2000 tons and with a tumblehome design Saburov will be strictly littoral ship.
Probably for the same reason of seaworthiness  the design deviates so much to the prow as well.

Again from a first glance, it seems to me, as an engineer by profession, that Russians took the theoretical idea
and try to implement it where it is most effective and better applied, in small littoral ships, for close-to-shore stealthy operations,
with more conservative, more trustworthy technological solutions.
collegeboy16

Looks nice, though Id replace the 100mm with a 152mm gun.
Air defence looks weak though its not like it would have to fend off squadrons aircraft and tens of ashm all at once.
TR1

Wouldn't it be better for that concept corvette to have it's UKSKs reduced to 2 or 3 and others being replaced by a redut pod or morphei launchers?
KomissarBojanchev

Its quite dissapointing that all the buyan corvette under construction are only for the caspian fleet, so many of these highly potent ships are commisioned in the caspian sea, a place where russia has virtually no geopolitical enemies and the biggest threat bieng illegal fishermen and possibly dagestani suicide baots at most. It feels like wasted potential. They could be very good landing support vessels and offer a good firepower boost for fleets in poor o outdated condition, namely the black sea and pasific fleet. So why Equip the caspian with them first?. I understand giving the flotilla 1 or 2 buyans but 4-5 is just overkill for the potential enemy navies there.
Sponsored content