Daraa update, looks like the operation has or is about to start.

JohninMK wrote:Daraa update, looks like the operation has or is about to start.

The United States has informed the Turkish authorities about the start of an operation to liberate Syria's Raqqa from Daesh, in cooperation with Syrian Kurdish forces, Turkish Prime Minister Binali Yildirim said Sunday.

ANKARA (Sputnik) — According to Yildirim, the US-backed operation in coordination with Kurdish People's Protection Units (YPG), the military branch of the Syrian Kurdish Democratic Union Party (PYD), started on June 2 and Turkey had been informed about the operation before it started.

"They [the United States] told us that it was not an option but an obligation [to cooperate with PYD and YPG in the Raqqa operation] and that the tactical cooperation with them would not be maintained for long after the [Raqqa] operation," Yildirim told reporters in Ankara, as quoted by the Anadolu news agency.

I don't know they are going after Daara, they can leave that for now, they should go for Deir ez-Zor and the border area.

Those units from Damascus will stay in Damascus, they have been there for 6 years. And they will never go toward DEZ. After Daraa, east and west Ghouta are next targets. Maybe after that they will be redeployed.
They have cleared, Modamayya and Darayya, those 5 pockets in west Ghouta. Al Hamah and Qaban north of Damascus, Wadi Barada area, Qaboun and Barzan in east Damascus. They are doing just well around Damascus.

Situation is calm in Deir Ezzor for the first time in 48 hours. Daesh was hellbent on taking the Panorama Roundabout, but failed.
KiloGolf

situation on the Aleppo-Raqqa frontline. 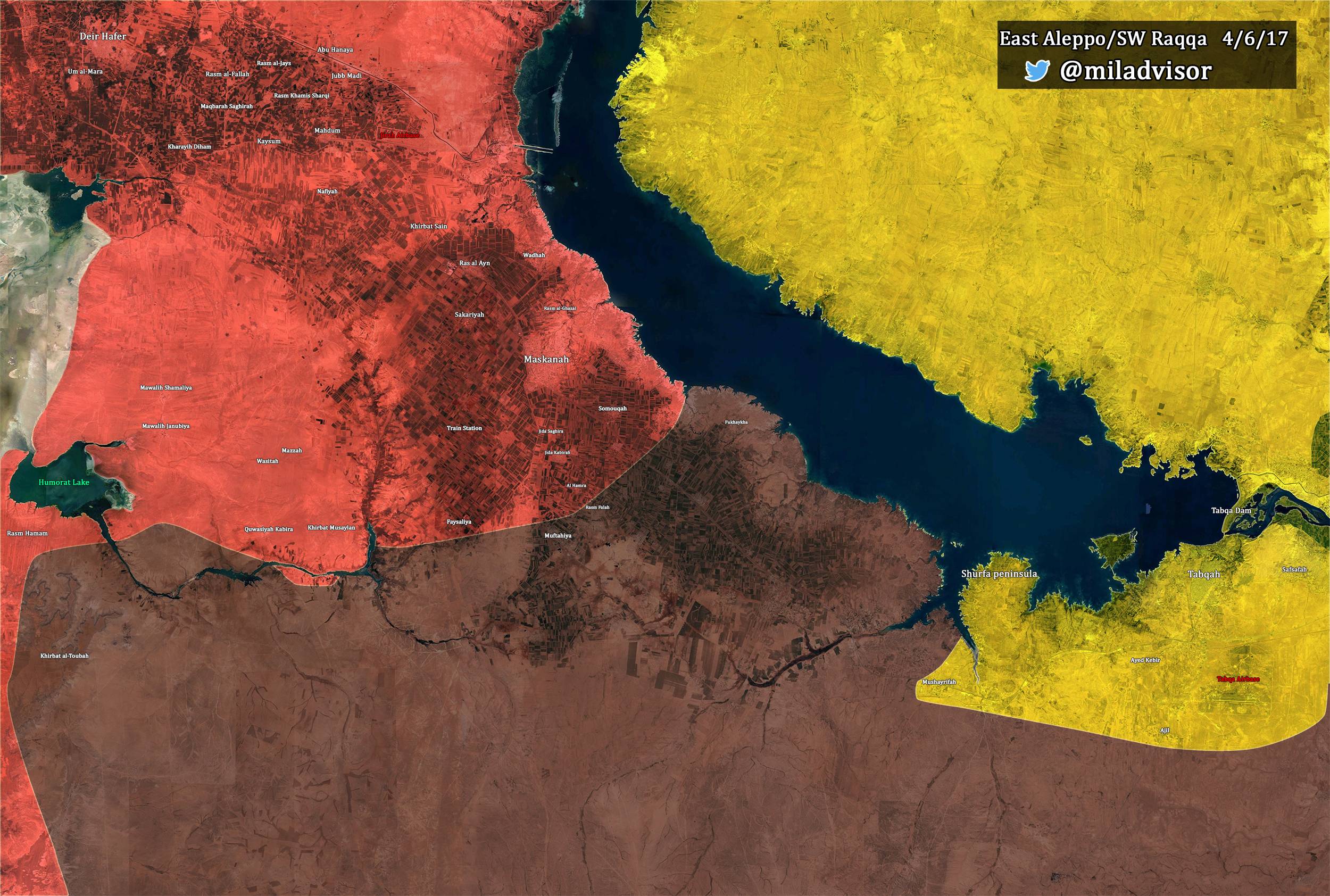 That's a new one. A joint US/FSA base in Syria proper.
JohninMK

That's a new one. A joint US/FSA base in Syria proper.

Claimed to be 50km east of Tanf

Hundreds of empty mortar shells, #ISIS left behind in #Maskaneh

This is almost certainly one of their prime locations.

Things like @1:46 always freak me out some. One moment I existed, and then, in the next, I did NOT.
KiloGolf

This is almost certainly one of their prime locations.

Things like @1:46 always freak me out some. One moment I existed, and then, in the next, I did NOT.


Proves that SAA isn't fighting the IS

^Sorry if this means I'm slow, but I'm not sure what that shows, exactly. Drone video, Syrian gov. stanp; earthwork embankment; dudes, not sure who, high-tailing it; vehicles rollin'...
calm

Major SHTF situation about to start there.


And from IS side. 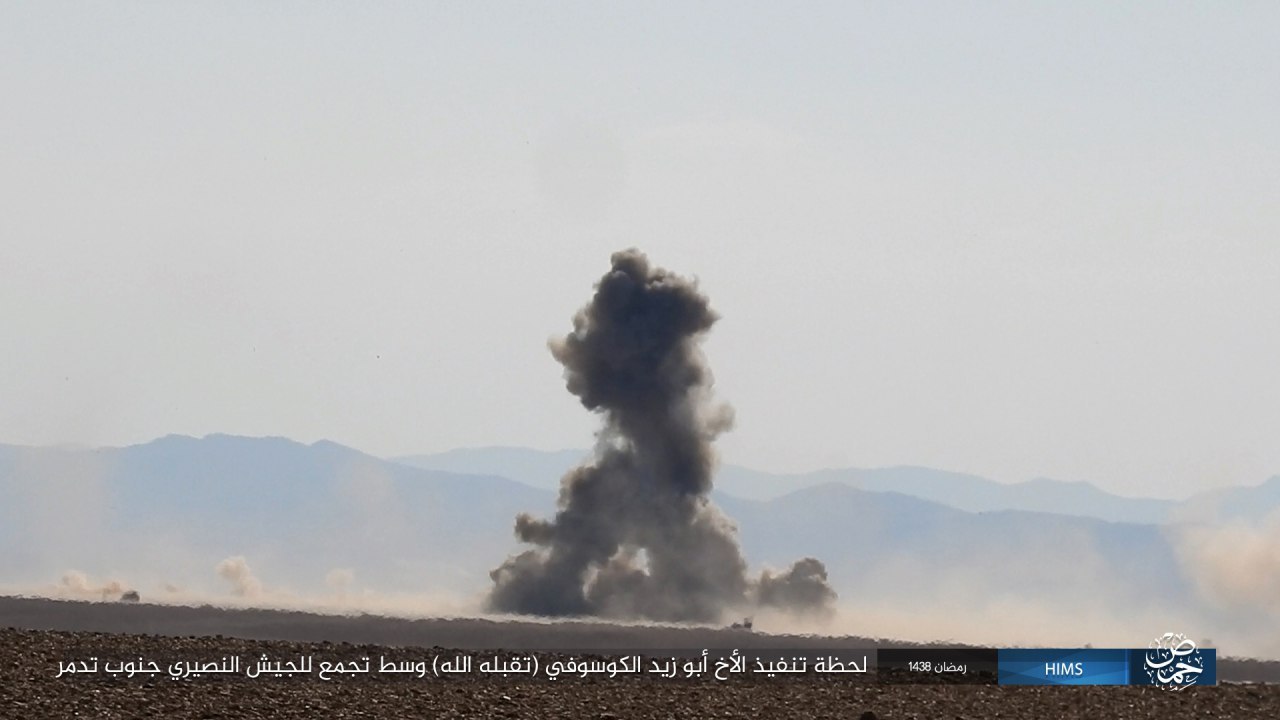 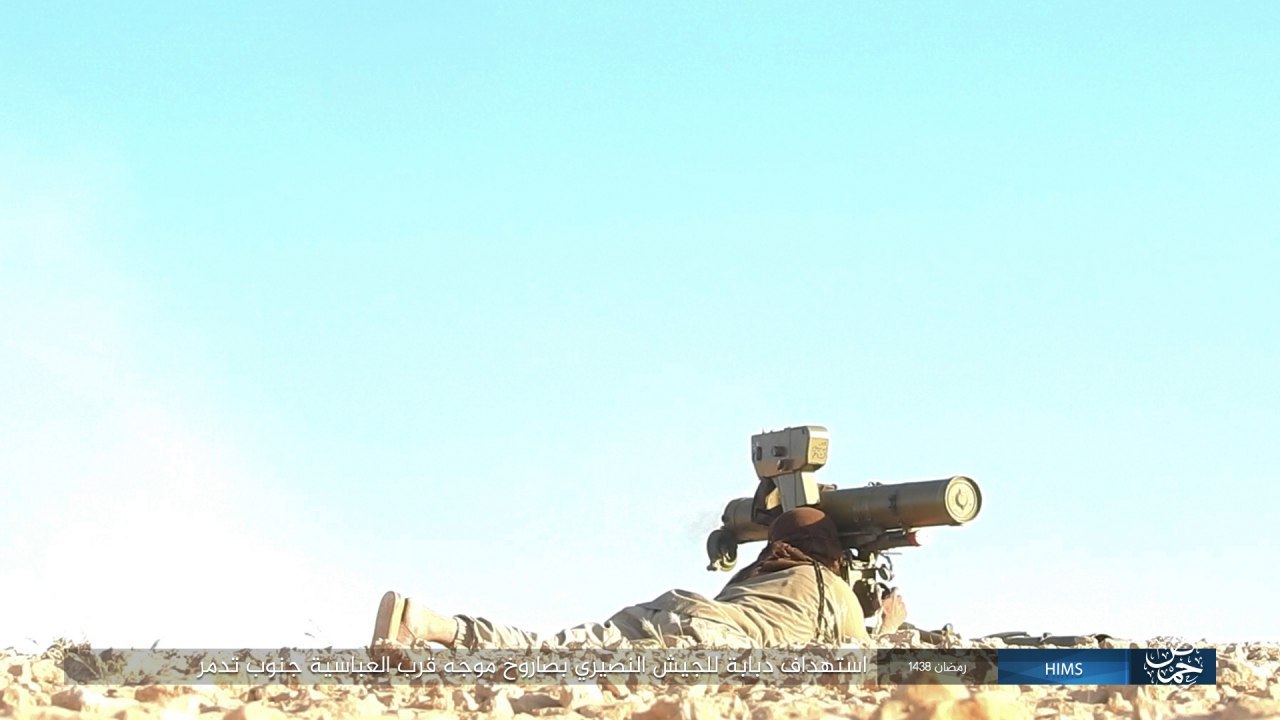 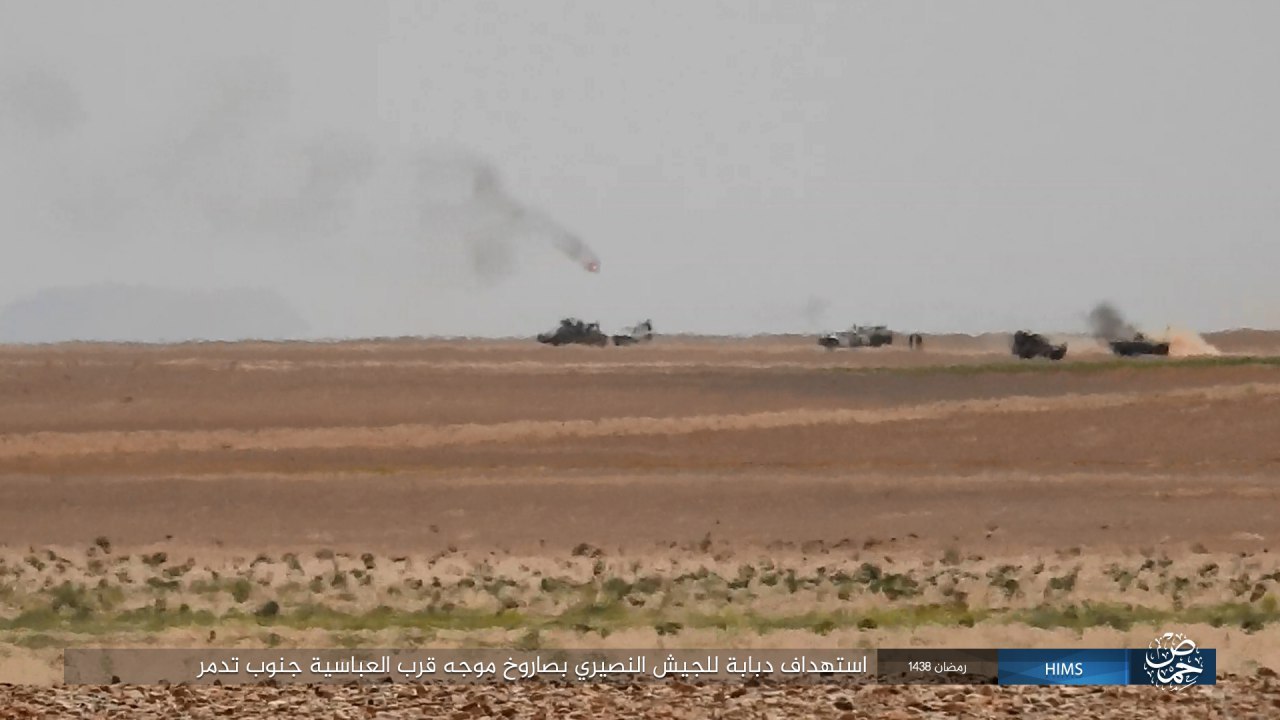 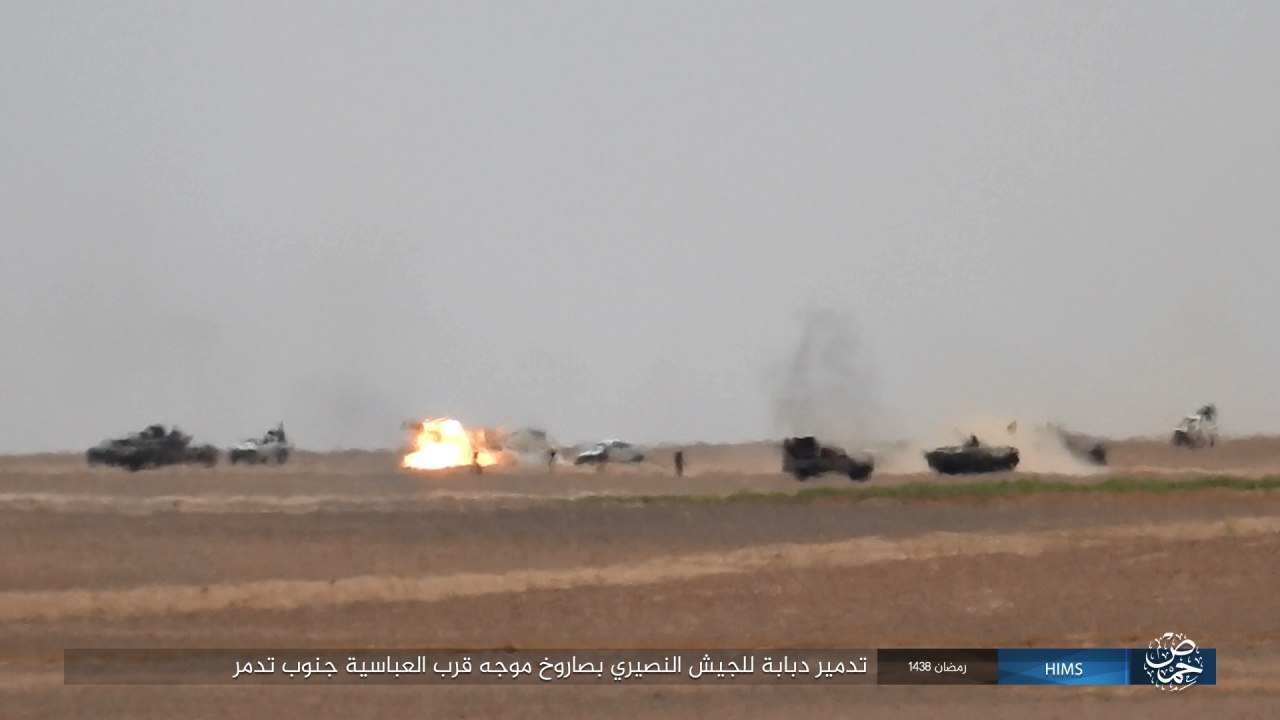 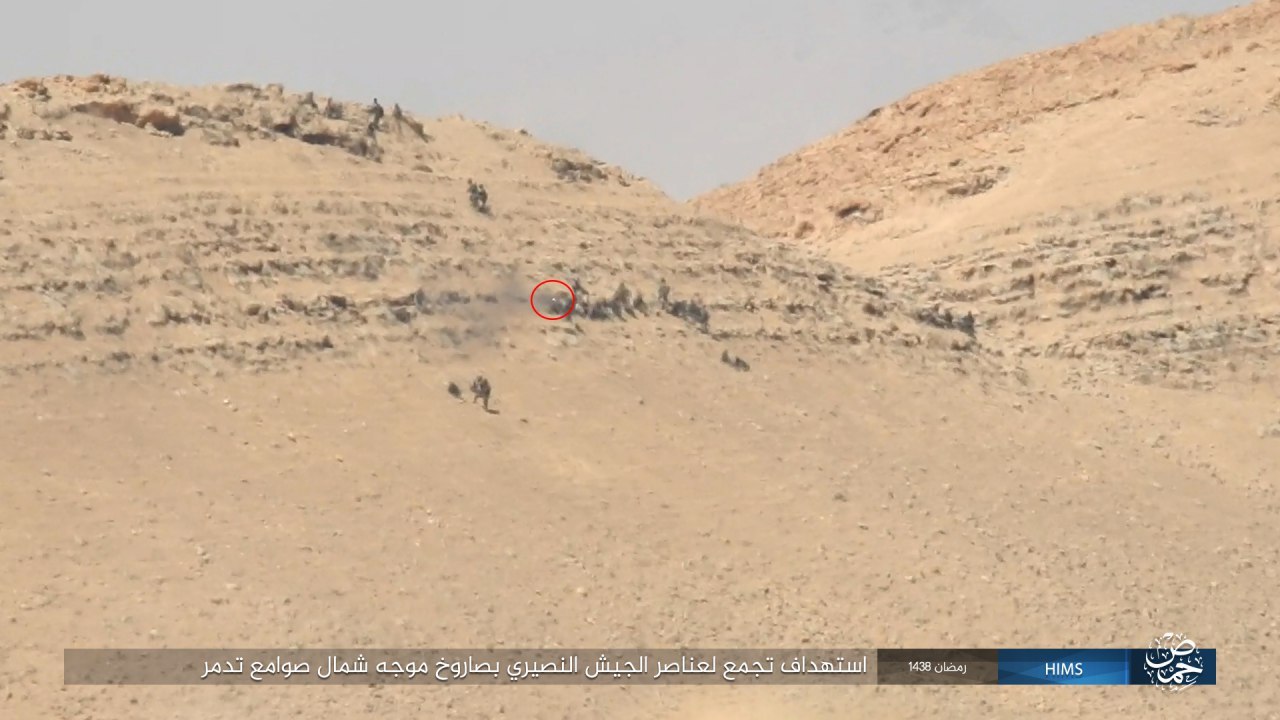 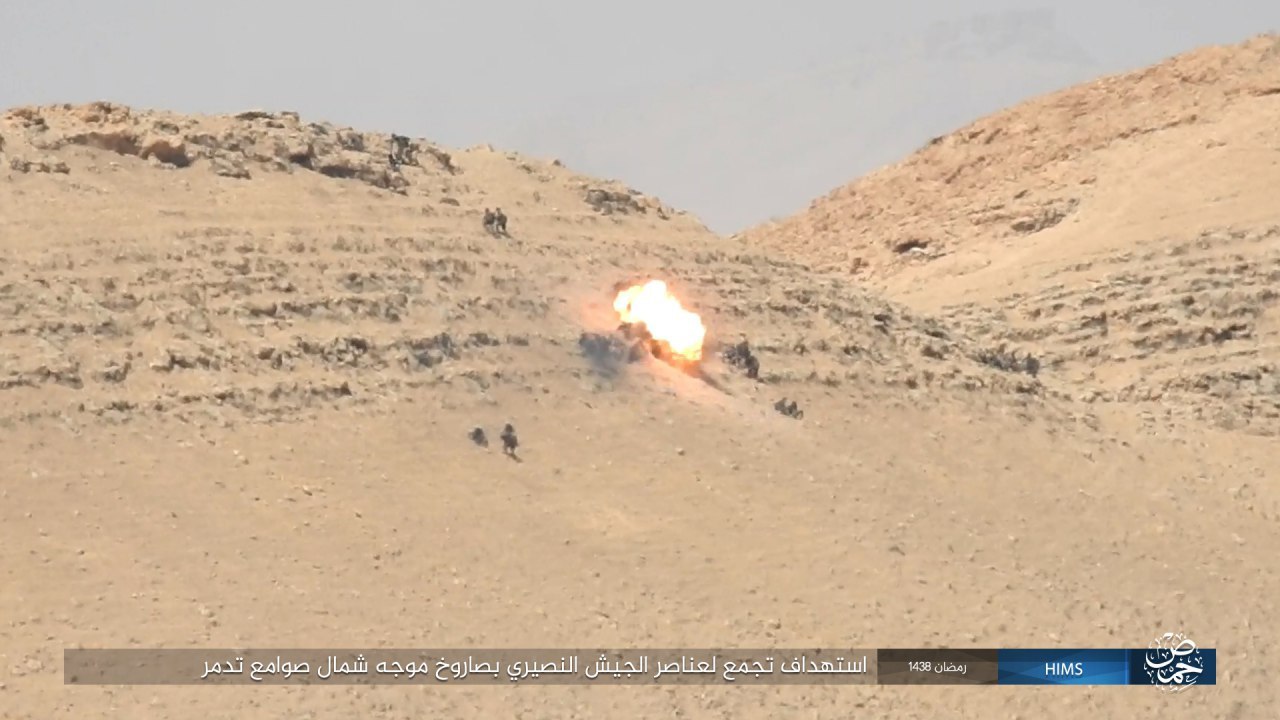 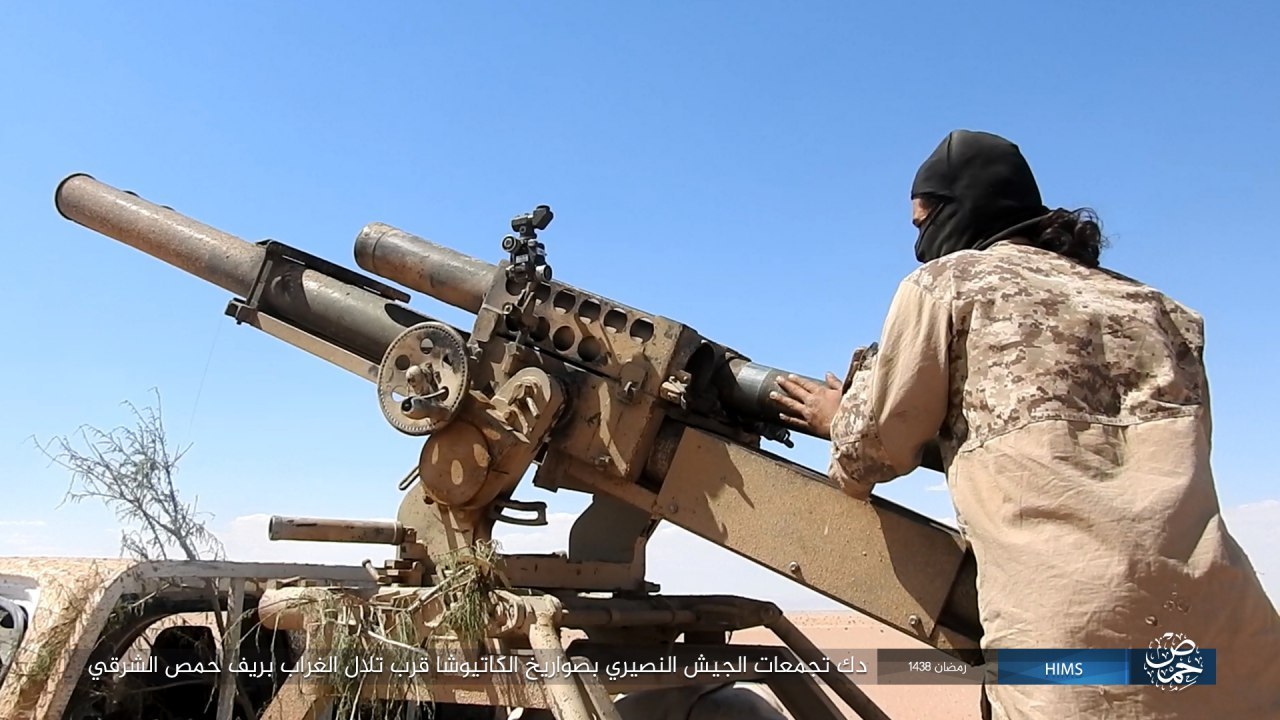 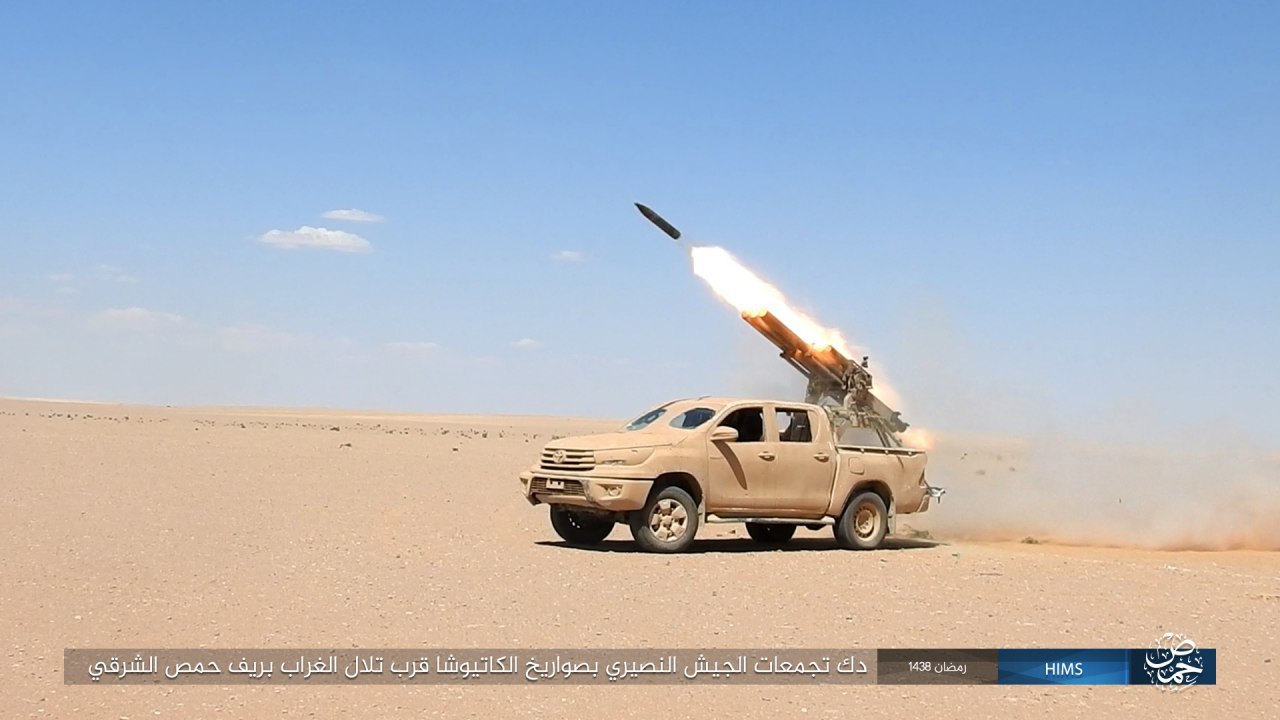 Leith is drama king, but news are news...

BEIRUT, LEBANON (12:20 A.M.) -The Islamic State (ISIL) launched a massive assault on the western countryside of Deir Ezzor, tonight, targeting the Syrian Arab Army’s (SAA) defenses in the Panorama area of the province.

ISIL’s large-scale night assault would prove successful, as their forces managed to take control of the Panorama School near the strategic roundabout.

Following the capture of the Panorama School, the Islamic State forces broke-through the Syrian Arab Army’s front-lines at the large hilltop of Tal Umm Abboud, forcing the latter to reinforce the area in order to avoid being overrun.

According to a military source in Deir Ezzor, the situation is not good for the Syrian military at the Panorama front, as the Islamic State forces are steadily advancing at Tal Umm Abboud and Tal SyriaTel.

If the aforementioned hilltops are captured, tonight, then the Islamic State forces will reach the southern gates of Deir Ezzor City by sunrise on Monday.

The Syrian and Russian air forces are now launching airstrikes along the Islamic State’s main supply route to the Panorama area, hitting several sites as far south as the Thardeh Mountains and Al-Thayyem Oil Fields.

The military source informed Al-Masdar that ISIL is losing a significant number of fighters to achieve this advance in Deir Ezzor, so this could be prove costly in the future for the terrorist group.

I am sure there is some irelevant crap in the west or in southern desert that is more important for military geniuses of SAA.

There is nothing even remotely relevant in Deir ez Zorr from strategic standpoint.

After all they must make sure that precious sand near Golan remains undisturbed. Deir was Zorr and 100 000 people there are completely meaningless in comparison....

Apparently the road to is heavily mined and defended. To flank they have to go thru mountains and desert.
Sponsored content