Rob Lee
@RALee85
·
4h
Dmitry Shugaev said about half (~$25 billion) of Russia's $52.1 billion export portfolio is for combat aircraft, 33% is for air defense equipment, ~15% is for ground equipment, and the rest is for naval and other equipment. 113/
https://militarynews.ru/story.asp?rid=

Under the agreements concluded with foreign customers, Rosoboronexport will export in the coming years the products of Russian defense enterprises for all branches of the armed forces, as well as electronic warfare and air defense systems. It includes aircraft of the Su-30 type, Mi-35P, Mi-171Sh and Mi-17V-5 helicopters, aircraft weapons, the Pantsir-S1 anti-aircraft missile and cannon system, the Kornet-EM anti-tank missile system, remotely controlled combat modules, weapons for ships and submarines, small arms and melee weapons, various ammunition.

“The agreements reached by Rosoboronexport for the supply abroad of the latest Pantsir-S1M anti-aircraft missile and cannon system, the Krasukha electronic warfare complex and the Repellent-Patrol mobile electronic countermeasures complex are the first export contracts for these samples,” added Alexander Mikheev ... “In addition, for the first time in the history of military-technical cooperation between Russia and foreign states, we have agreed on the integration of the Russian Palma air defense missile and artillery system into the armament system of a foreign-made ship.”
[...]

Among the novelties presented at Army-2021 by Rosoboronexport, Russian defense enterprises and the Russian Ministry of Defense, foreign partners paid special attention to the T-14 Armata tank, combat vehicles based on the Boomerang combat platform, the Orion- E ", the Antey-4000 air defense missile system, the Pantsir-S1M air defense missile system, the fifth generation Su-57 fighter, the BMP-3 with the Berezhok module, modern Russian security equipment, the latest small arms, and other equipment.

"the MiG-35 is designed to be low-risk and inexpensive, especially for foreign customers. On the price front, the cost of this Russian fighter, $30 million apiece, beats the HAL LCA Tejas, which is valued at $43 million per jet right now."

By the end of the year, Russia will supply the first foreign customer with a launch batch of the latest X-59MKM aviation concrete-piercing missiles, capable, in particular, of destroying the enemy's protected underground control points, a military and diplomatic source told RIA Novosti.

"The first serial batch of the latest X-59MKM air-to-surface missiles will be delivered to a foreign customer by the end of this year, and final product tests are being conducted now. The missiles have unique characteristics in terms of the ability to penetrate the protection of various military structures" – the agency's interlocutor said.

The source explained that the missile is designed to hit protected stationary objects with previously known coordinates and has an additional powerful multicomponent cumulative preload in the new part to break through concrete floors, a target or a layer of earth behind which the object is hidden. The mass of the main warhead of the rocket is 320 kilograms. The X-59MKM is equipped with an inertial control system with satellite correction.

The new rocket in the export version was first presented at MAKS-2021. 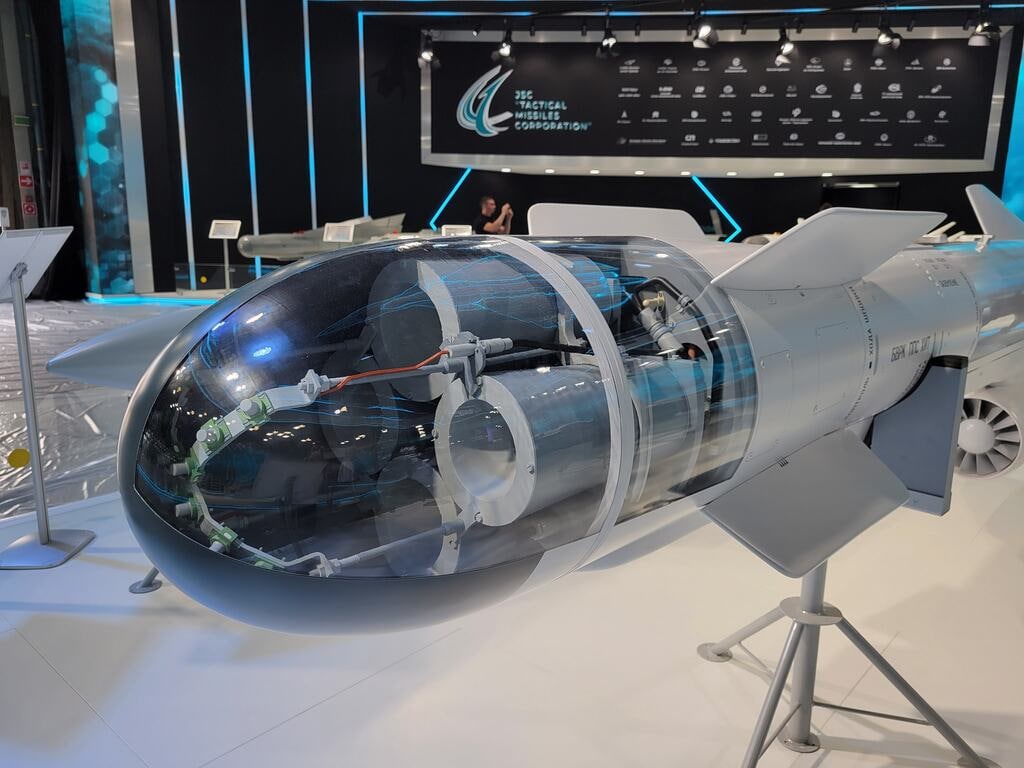 Russia is winning back exports from the United States.

According to the agency's interlocutor, the results of the international exhibitions MAKS-2021 and Army-2021 last summer demonstrated that "Russian military products have not lost popularity in the weapons market and, on the contrary, interest in them is growing in certain market segments." "We can say that there is a tendency to win back our positions from the main competitor-the United States" – the source added.

Following the results of the exhibitions, Russia signed the first contracts for the supply of its attack drones abroad.

As Dmitry Shugaev, director of the Federal Service for Military-Technical Cooperation, clarified at Army-2021, following the results of the forum, Russia agreed contracts with China on maritime issues, with India on land issues, as well as with Armenia, Uzbekistan, Myanmar, Belarus. In addition, the Ministry of Defense reported that an important agreement on military cooperation was signed at the Army exhibition with one of the key players in the Middle East arms market — Saudi Arabia.

To date, the volume of the current Russian portfolio of export defense orders is more than $52 billion. According to preliminary estimates, the volume of Russian arms exports in 2021 will amount to about $15 billion.