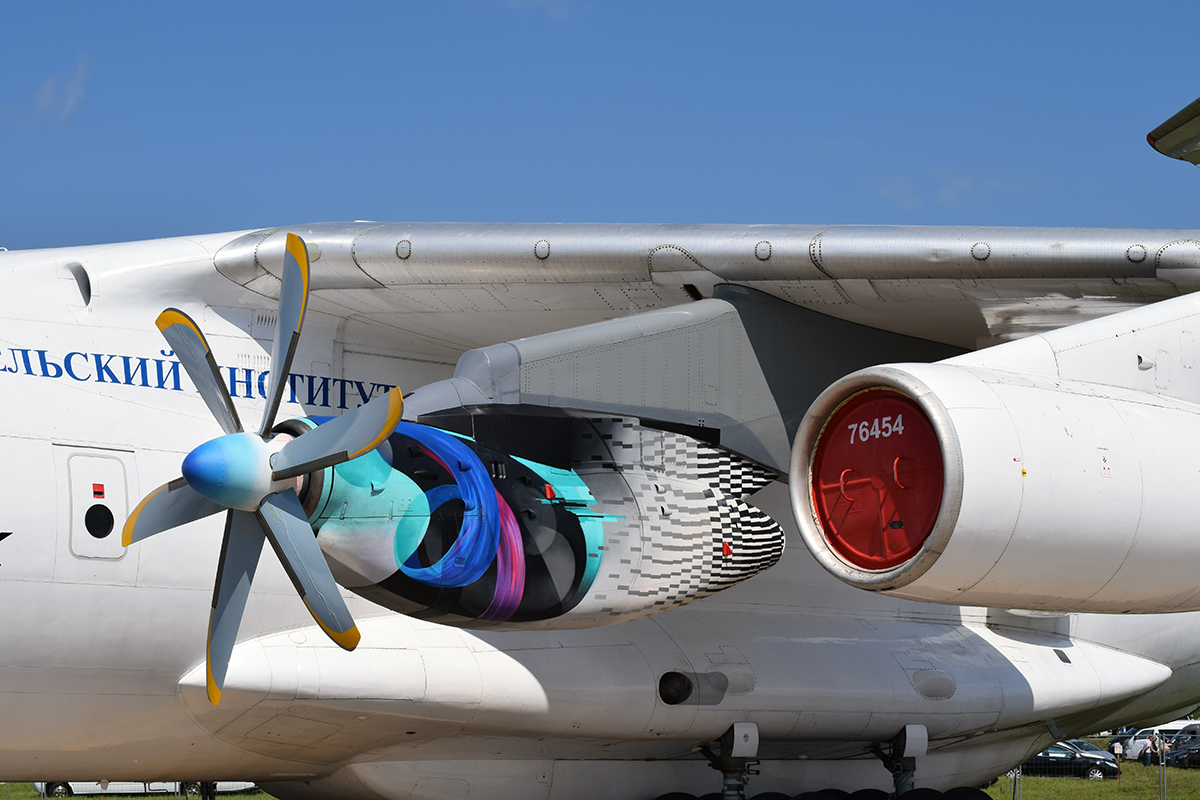 Also, where the hell have you been man? You've been AWOL since before winter.

I hope the proper engine to new An-2 engine is also developed within time so no amersky engine has to be used. They tend to be sanctions' prone

PapaDragon wrote: Also, where the hell have you been man? You've been AWOL since before winter.

You won't believe it! There is a life outside forum ! sometimes strange young people call you daddy or hun but outside you cannot stay too long as well so I am back
marat

The engines are being developed for the Irkut MC-21-300, as an alternative to the Pratt & Whitney PW1400G.

Ilyushin Finance, which disclosed the agreement during the MAKS air show in Moscow, says the agreement is intended to provide engines for four of the MC-21s due to be leased to Red Wings.

It says that, under the deal with UEC's Perm Motors arm, the engines must be delivered over the course of 2022-23.
Svyatoslavich

GunshipDemocracy wrote:
Hope also with time will be a new engine for An-2  "composite edition"

There is a proper Russia engine for it, the VK-800. But is it being serially produced? It was originally developed for light helicopters like Ansat and Ka-226. What engine do Ansat helicopters for VKS use? Sanctions should prevent Western engines of being supplied to the Russian military.
Guest

GunshipDemocracy wrote:
Hope also with time will be a new engine for An-2  "composite edition"

There is a proper Russia engine for it, the VK-800. But is it being serially produced? It was originally developed for light helicopters like Ansat and Ka-226. What engine do Ansat helicopters for VKS use? Sanctions should prevent Western engines of being supplied to the Russian military.

PW207Ks, those supplied by now.

VK-800S is i belive underpowered for AN-2 clones as its i think rated on about 800hp if i am not mistaken. Honeywell it uses atm is about 1100hp rated.
JohninMK

A long article of what next, in capacity terms, for the MC-21, bigger or smaller?

A new 20-year forecast by United Aircraft Corp showing strong demand in the “middle of the market” will be factored into the Russian manufacturer’s decision-making for the follow-on project to the Irkut MC-21-300, a marketing executive tells FlightGlobal.

The MC-21-200 market segment continues to attract “some optimism” in UAC’s planning process, particularly in UAC’s core markets in Russia and the former Soviet bloc, says Tamara Kakushadze, vice-president of marketing for UAC.

But expected demand in the MC-21-400 segment also attracts interest, she adds.


....
Yesterday, we signed [contracts] on an absolutely new market — the African market, we signed a contract with Zambian companies to supply four [SSJ 100] planes plus one aircraft in the VIP version for the head of state,"
.....

Also, stunning pic of St. Petersburg but I am curious about two peninsula sized helipads in the bottom, what is up with that? 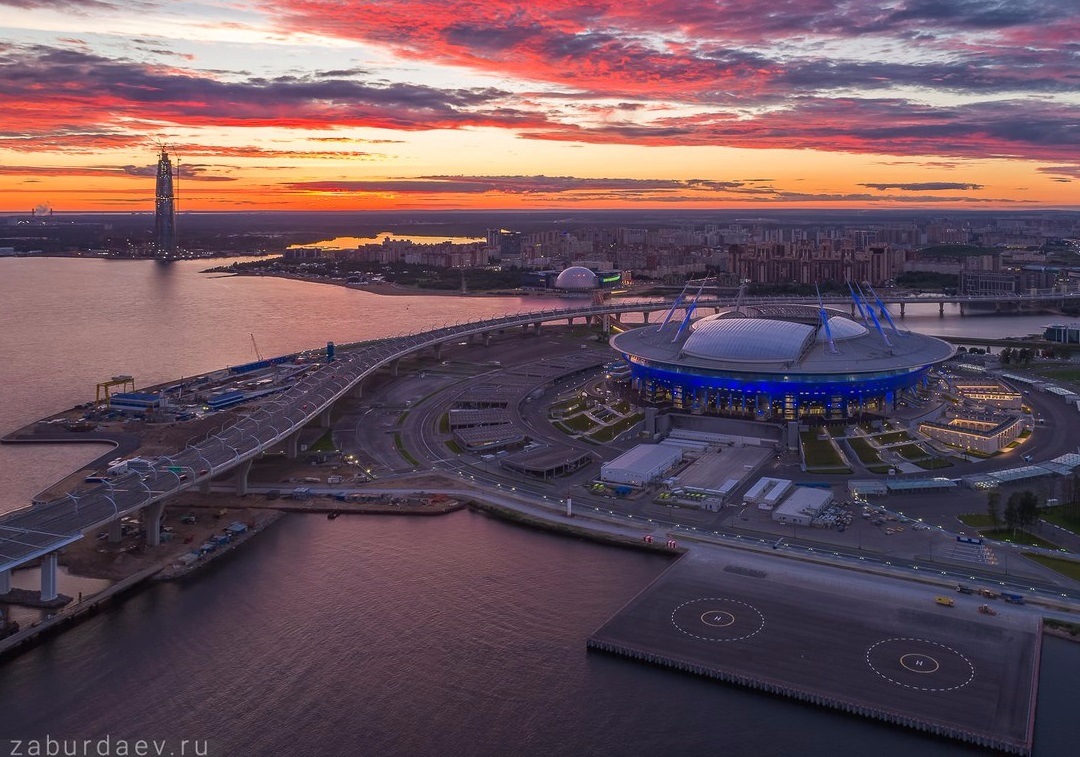 Somebody had the smarts to provide for emergency response. They should be applauded.
JohninMK

Not sure if this is civil or military, but it confirms much of what was thought about the skilled exodus from Ukraine.

The Russian aircraft factories in Voronezh and Ulyanovsk in recent years have recruited hundreds of former workers of the Kharkov and Kiev aircraft plants, who have moved from Ukraine to Russia, according to Aviation Explorer, citing a senior source in the military-industrial complex.

"There could be more of them. But not at all if there are any doubts: We have to make sure that the person really comes to us with good intentions, and not with other goals," the source said at the MAKS-2017 aerospace show in Zhukovsky.

According to him, when recruiting former Ukrainian aviation specialists "we have to take security issues into account." He noted that "we have to check future workers, to exclude future cases of sabotage or industrial espionage."

Some regular weirdness from UAC: 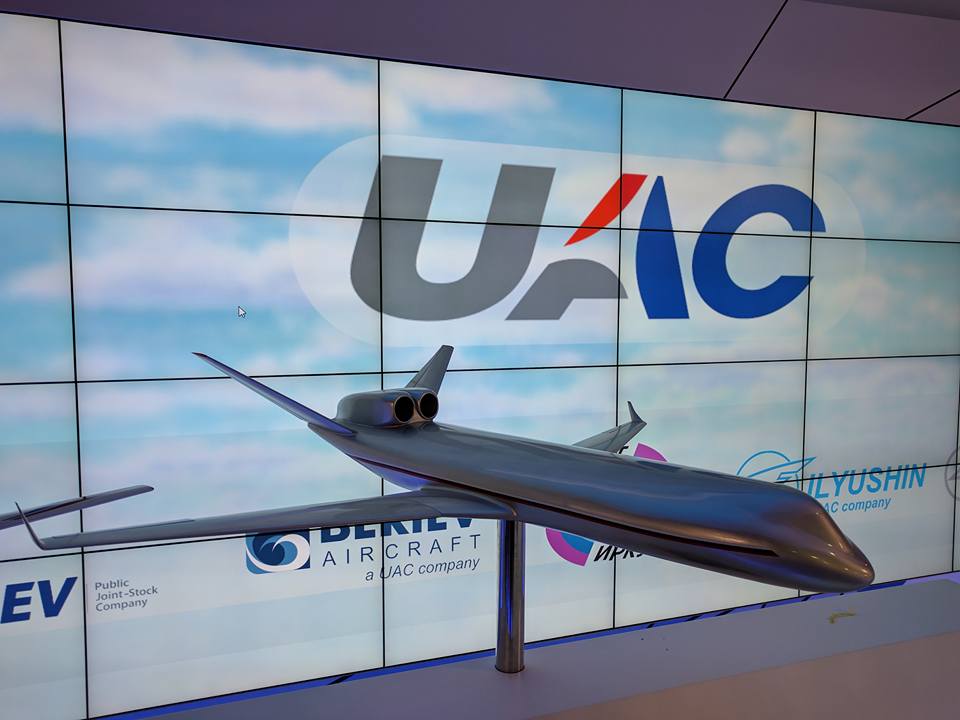 Looks like an AN-124 replacement design is well on its way. The new cargo aircraft will have a similar appearance but will be
around 40% more efficient:


Allegedly it will be able to ferry 150 tonnes of cargo over 7,000 kilometers (twice the distance of the AN-124 with the same load) whilst the maximum load will increase from the 150 tonnes of the AN-124 to 180 tonnes for the new aircraft, which the new aircraft will however be able to ferry over a distance of 4,900 kilometers.

The key is composite materials and the PD-35 engines. This looks like an excellent design choice, guided by economics rather than
national dick stroking. Are we fucking serious here, this is just crap.

"RUSSIA ASKS US DEPARTMENT OF TREASURY TO ALLOW SUKHOI SUPERJET DELIVERS TO IRAN."


"Russia has to get an approvement from the OFAC because the SSJ100 jets are produced with the usage of US components."

What components? Why cannot Russia produce them?

When the SSJ was designed, it was geared towards both domestic and western markets so they used western components. Ended up, while I guess the jet is making profit now, I wouldn't say it was a super success and no one anticipated (few smart people did) that the US would cause enough shit for Russia were it will make it difficult for them to sell the jets. Tu-204 was using purely Russian components and seemed to be a solid jet. But you know, heavy corruption in companies like Aeroflot will give one hell of a blowing and a rimjob just for a suitcase full US dead presidents. Now they want to correct this mistake, which they could have prevented earlier to keep funding and developing the Tu-204. Maybe in a whole new project/ collaboration with Sukhoi.

A few years ago I read somewhere that they were planning a fully Russian version of the SSJ, don't know if they are still pursuing this plan. Anyway, considering that recently Russia bought a larger participation of the SaM-146 engines from the French, it is getting more feasible. Then there would need to be integration and certification with Russian avionics. Expensive, but could be profitable if Iran, Syria and North Korea show interest in acquiring the plane.
On the other hand, the MS-21 was from the start designed to also have a fully Russian version (even before the Western sanctions), so this plane can be easily delivered to whomever the Russians want.
Austin

Photo of Superjet from MAKS 2017

Austin wrote:Photo of Superjet from MAKS 2017

Looks like EMERCOM has no problems with SSJ-100 using foreign components. More orders down the road. 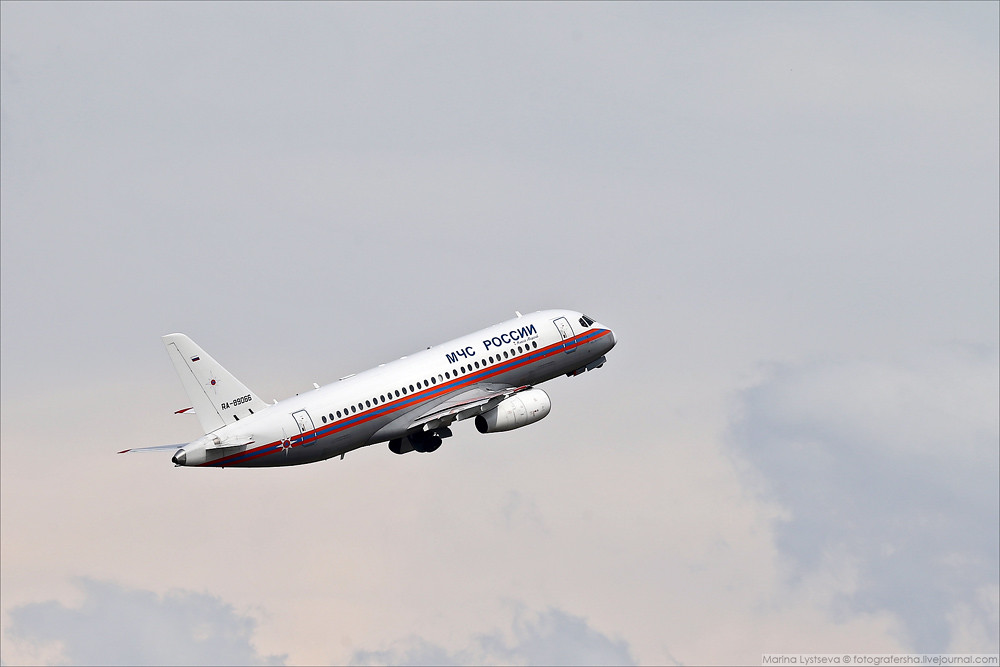 Sukhoi's civil aircraft division delivered six Superjet 100s over the first half of the year, compared with nine in the previous interim period.

Revenues for the airframer were down by 25% to Rb10.9 billion ($182 million), the company states in a first-half financial disclosure.

Sukhoi adds that it turned in a pre-tax loss for the six-month period of just over Rb1 billion, in contrast to a profit of Rb1.3 billion last year.

The company recorded a net loss of Rb751 million.

Sukhoi says the fall in deliveries results from a different supply schedule, adding that the "bulk" of deliveries will take place in the second half of the year.

Aeroflot Group has recorded a sharp fall in interim pre-tax profits, down more than 80% to Rb2.1 billion ($35 million) for the first half.

The Russian company states that, under local accounting standards, its net profit fell by almost 90% to Rb872 million.

Aeroflot Group revenues increased by 2% to Rb198 billion over the six-month period. But cost of sales rose more rapidly, up 7.5% to Rb188 billion.

The company transported just under 23 million passengers – an increase of 16.6% – including 15.2 million on primary carrier Aeroflot.

Group traffic rose by 18.8%, the company states, with a two point rise in passenger load factor to 80.6%.

Aeroflot Group had a fleet of 298 aircraft at the end of June 2017 of which 199 were with Aeroflot itself.
miketheterrible

Well, guess Sukhoi civil will end up with profits at end of year.
PapaDragon

miketheterrible wrote:Well, guess Sukhoi civil will end up with profits at end of year.

They already built more Superjets this year than entire past year. Looks like you get paid only after delivery.
Sponsored content