A brand new tank was shown at the Korean Workers' Party 75th Anniversary Night Parade [October 10, 2020]. The architecture of the sample looks very progressive and parts of the chassis are outwardly similar to the solutions used on the promising Russian T-14 Armata tank.

The tower also externally has borrowed solutions, such as the installation of an external light casing to reduce the radar visibility, here you can see solutions similar to both the "Armata" and "Abrams". 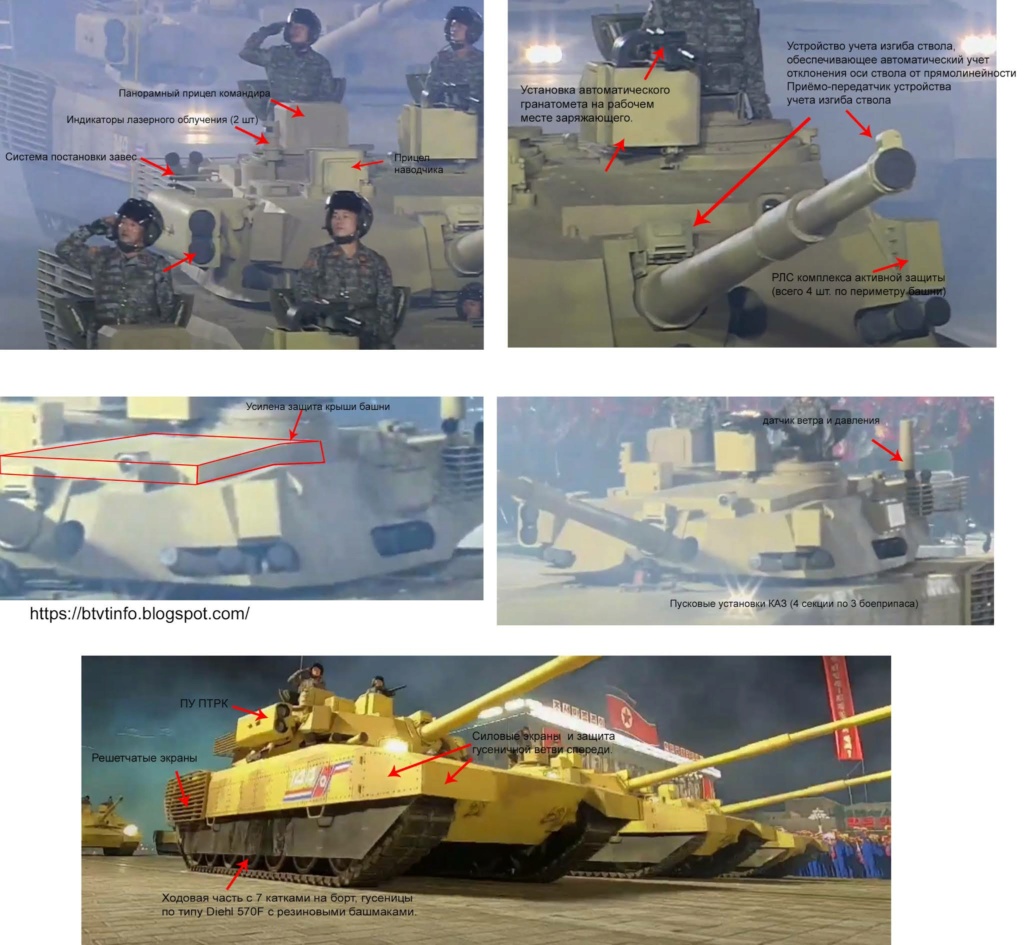 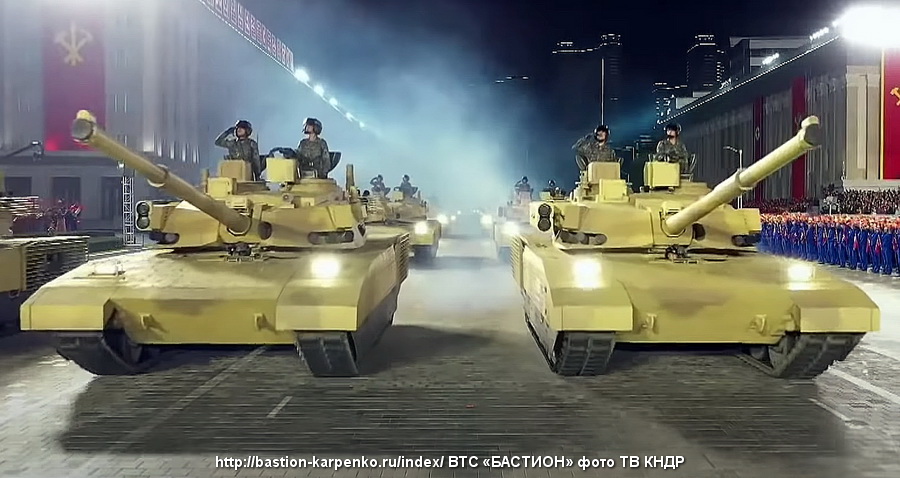 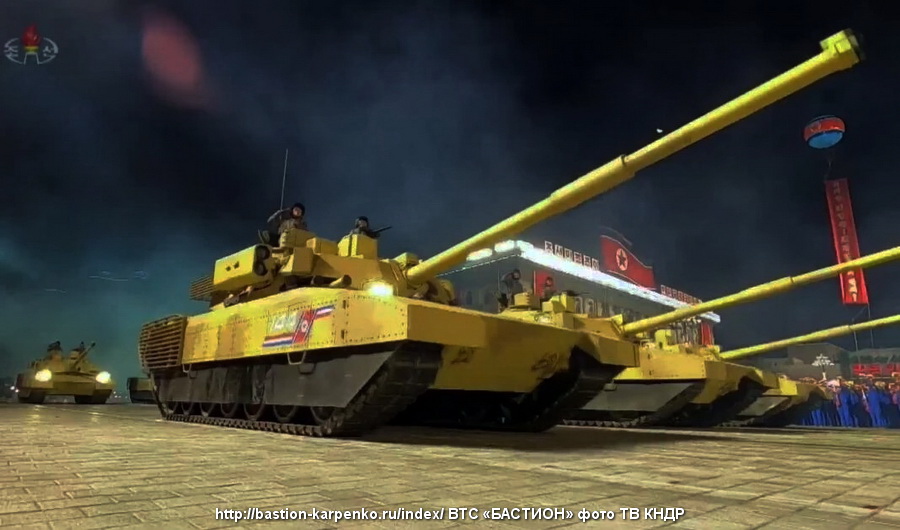 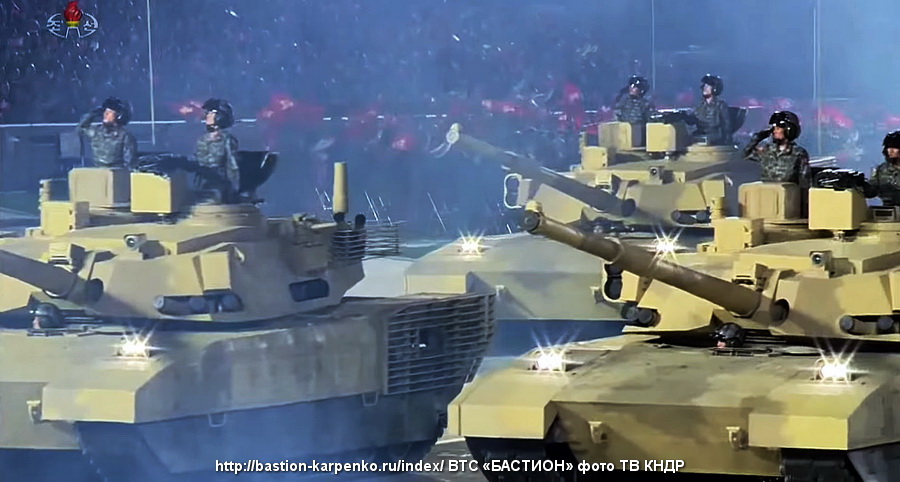 According to some sources it is based on the T-72. 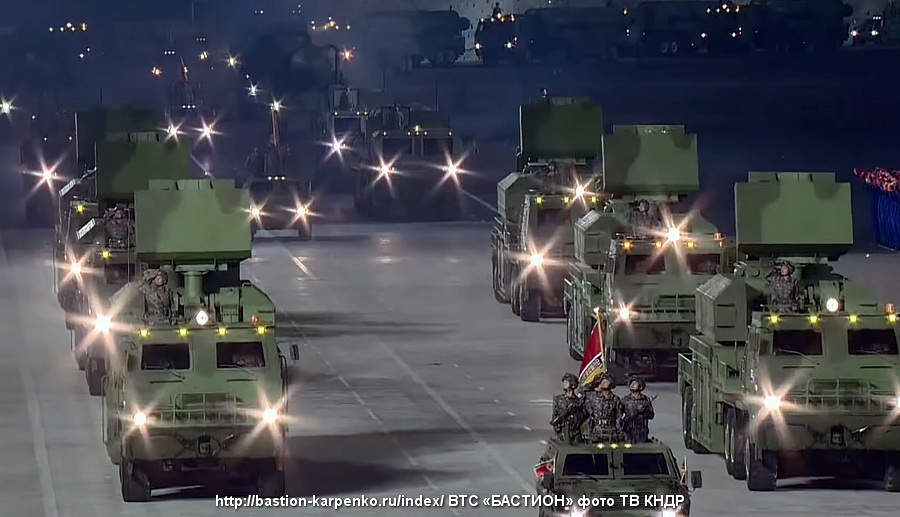 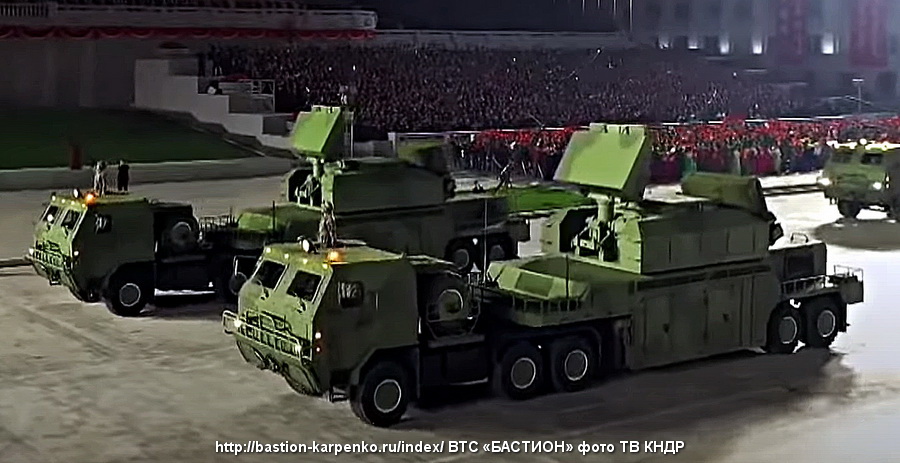 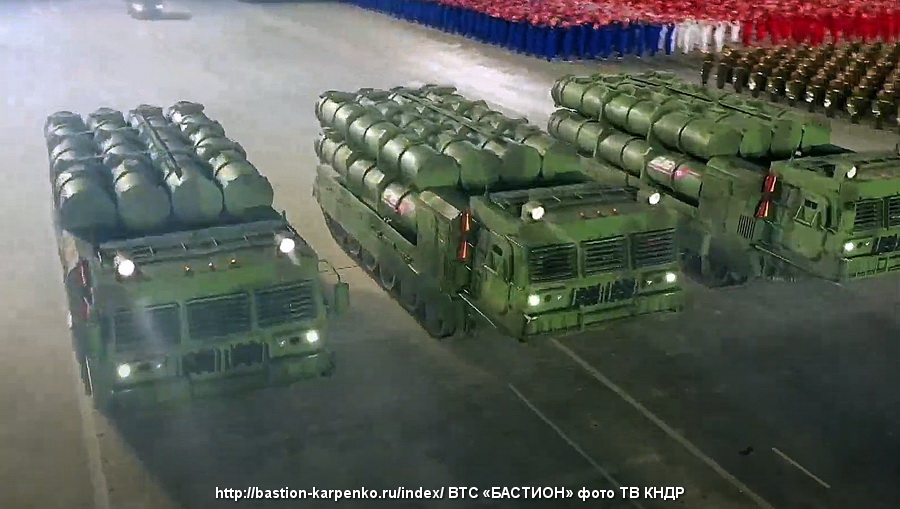 According to some sources it is based on the T-72.

And here I thought the entire country is made up of Kim cultists. Turns out there are those of the cult of the cargo as well.
George1

A military parade in honor of the end of the VIII Congress of the Workers' Party of Korea was held on the evening of January 14, 2021 in Pyongyang with the participation of North Korean leader Kim Jong-un. This was reported by the Central Telegraph Agency of Korea (CTAC).

The parade demonstrated for the first time the Pukkykson-5 ballistic missile for submarines - an upgraded version of the Pukkykson-4A missiles, which the North Korean news agency TsTAK calls "the most powerful weapon in the world."

George1 wrote:...The parade demonstrated for the first time the Pukkykson-5 ballistic missile for submarines - an upgraded version of the Pukkykson-4A missiles, which the North Korean news agency TsTAK calls "the most powerful weapon in the world."
... 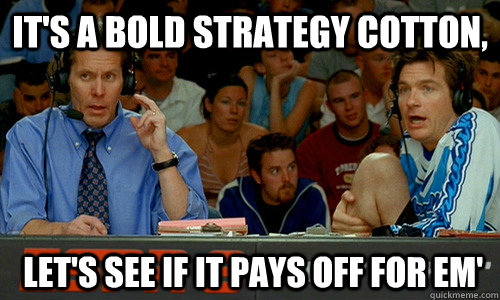 North Korea have produced a copy of the Chinese QJG 02 14.5mm HMG with a bit of upgrade lol although China did make a prototype making it into a three barrelled Gatling gun, the North Koreans went a step further and made a 14.5mm 6 barrelled Gatling gun it's a beast. And they have also sold it to Myanmar who mount it on ships. Four pics and a gif

Ballistic missile launch from train. Hope they had access to the Pr.636 with a module for 8-cell VLS.

South Koreans launched their Iskander lookalike ballistic missile from DE submarine.
If people do remember, back in the first half of 2000 when Iskander was getting trailed for the Russian forces, there was a Russian article about how a combination of diesel electric submarines and Iskander missiles would make an economical and potent combination which could neutralize all the major US cities, as all of them were located near to the coast.

I had earlier voiced by desire quite a few times to see the 636 design with VLS module to accomodate Iskander based missiles. Russian's didn't deliver, but the South Koreans finally did it.

This was wrongly attributed as a new version of AD missile system by online analysts (and most didnt show much interests in this system either), even though this specific system was paraded amongst the rocket forces of the DPRK during last years parade, giving ample clue that it likely was a new long range cruise missile. 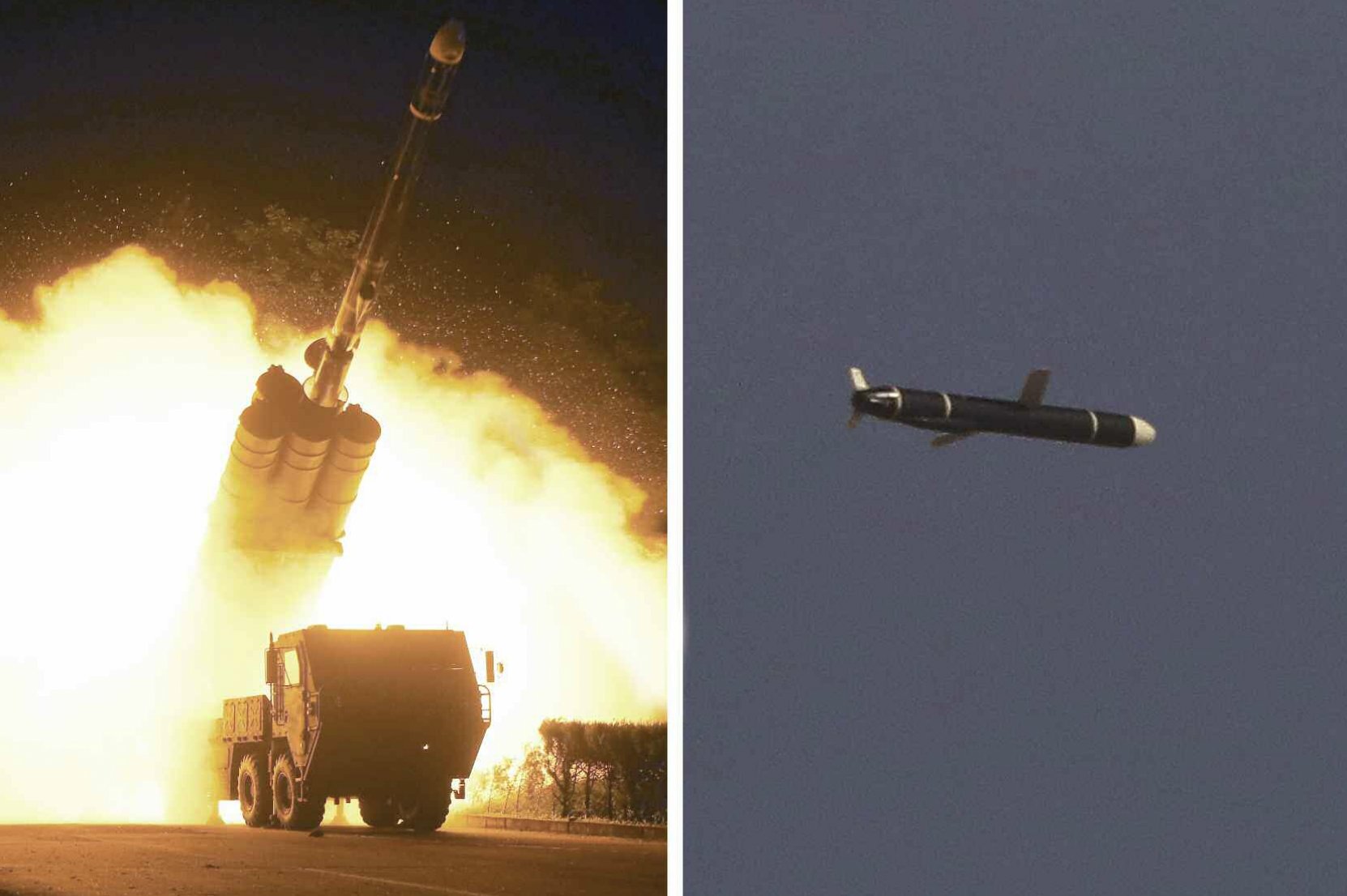 I had earlier voiced by desire quite a few times to see the 636 design with VLS module to accomodate Iskander based missiles. Russian's didn't deliver, but the South Koreans finally did it.

Well now that the INF treaty is gone they can spend money on land and sea and air launched versions.

With the air launched version launching it from a high flying fast MiG-31k gives it a range of 2,000km which makes it a very viable system... the aircraft effectively becomes an extra stage for the missile to get it to 18km altitude and mach 2.2 or there abouts flight speed before the main rocket motor even starts up.

It is important to remember that the Iskander is not a ballistic missile... it climbs to an altitude of about 100km and the flys horizontally like an aircraft to the target area with sensors and chaff and jammers on board to detect enemy air defences and during its terminal phase will manouver at high speed to make itself difficult to intercept.

Unification of design would save money, so a single stage Iskander is fine on land for the moment and the air launched anti ship missile for the MiG is fine at the moment too, but if you wanted a SSM for ships then you would probably want to add an extra rocket stage to get it to the altitude and speed a MiG can get it to so its performance will be similar to the air launched version. A solid rocket booster should be a quick and easy solution there...

For the future however it actually makes sense to shift to a scramjet powered missile because it means it can go faster and further and be more sophisticated in its use of fuel.

A solid rocket has a fixed burn rate and fixed energy profile... a good example would be an MANPAD missile like Verba. From the ground when you launch it it needs to burn a lot of fuel and use lots of energy to accelerate and climb away from the ground... lets call that fuel X. The problem with X fuel is that while powerful it is burned up very rapidly. The Verba missile is about 12kgs so if we take away the weight of all the bits and bobs we might have perhaps 7kgs for fuel... if the whole 7kgs of fuel is fuel X then it might reach mach 3 but all the fuel will be gone in a few seconds and then it starts to slow down. What they normally do... especially for very long range rockets is to have two types of solid rocket fuel... one high energy to get the missile up to speed and one lower energy to over come drag to maintain speed and greatly increase range. The missile at low altitude will have a speed limit so even if the entire 12kgs of weight in the missile was propellent X its top speed might only be mach 3 because that is the limit of the shape and weight at that altitude. Using aerodynamics and calculations you will be able to work out the top reasonable speed the missile can achieve... say Mach 2... so then you work out how much propellent X you need to get to that speed... it might be 2kgs or might be 3 and that is how much propellent X you put in the missile. The rest of the propellent can be propellent Y which burns at a much slower rate with enough thrust to compensate for drag... so the missile gets up to say mach 2 but maintains that speed for a few seconds by burning propellent Y which greatly extends the range.

The point is that if you put that same ground launched missile in an aircraft and climb to altitude where the air is thinner and colder and give it a decent forward speed then you will massively increase the flight distance and top speed of the missile... at 10km altitude flying at 800km/h its range might go from 6km to 8 or 10km because the aircraft you are launching the missile from essentially becomes and extra flight stage.

But the core problem remains that the missile thrust and duration are all fixed.

With boosters normally the fastest acceleration to the highest speed and highest altitude gives the weapon the best boost and the best performance, but the top speed will always be limited so even at 10km the solid rocket motor might only get the missile to mach 3.5.

What I am trying to say is that you will get better performance from a scramjet engine by setting the throttle to not waste fuel with full power thrust when your speed might only increase 20km/h/h at 100% thrust compared with 70% thrust setting... it would make more sense to use the 70% thrust setting and save an enormous amount of fuel.

Conversely a heavy aircraft actually benefits from getting airborne and moving at speed as quickly as possible because the faster it is moving the more fuel efficient it can be so using After burners to get off the ground and to cruise height makes sense because for 10 minutes you triple you fuel burn, but then you can drop the thrust right back and spend the rest of the flight at a very low fuel burn cruise.

It is like driving a car... you accelerate to motor way speeds as quickly as you can do so in a safe manner and then you move to top gear and idle along using the minimum of fuel for your journey... hopefully avoiding having to slow down.

Sorry for this long dribble... what I am trying to say is that now that the INF treaty is gone a naval Iskander makes sense but conversion from Solid rocket to Scramjet with a big heavy solid rocket booster to get it airborne and moving and a scramjet and multiple fuel tanks that could be dumped along the way and you could have a missile with very long range.... 4-5K kms very easily.

The enormous advantage would be a standardised naval and land based missile and the replacement air missile could just be the normal missile without the solid rocket booster.

The design of a scramjet is a big open space so a rocket motor could be included there as well... no point in wasting available space and the extra motor will further add speed and altitude...

Having a standard weapon across the services would save money and use development and production facilities more efficiently.

And it would be a very capable system that could eventually replace Zircon at sea and Kinzhal and Iskander in the air and on land respectively.
George1

Actually it's a knockoff of South Korean licenced Iskander derivative

On September 30, the DPRK National Defense Academy conducted a test launch of a new air defense missile. The purpose of the launch is to confirm the complex combat characteristics of the missile and the practicality of operating the launcher, locator and integrated combat control vehicle. 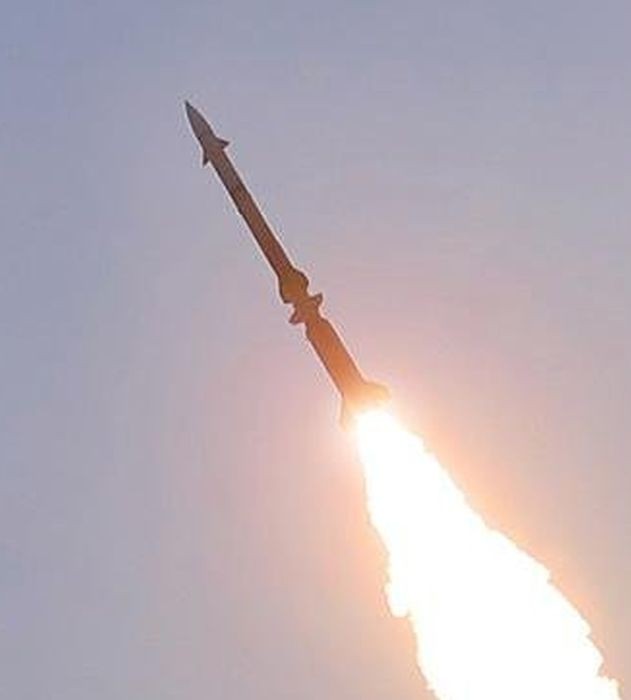 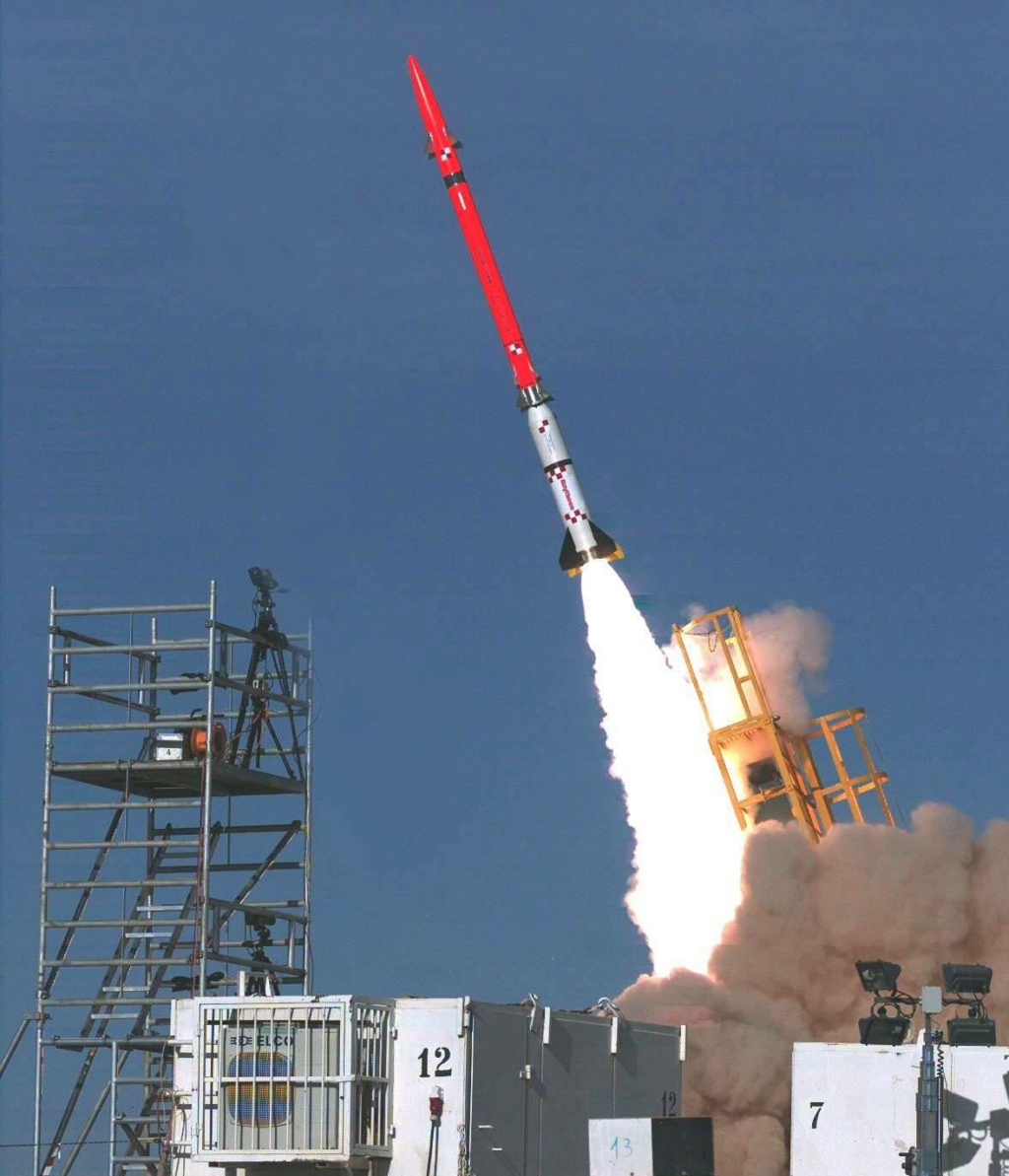 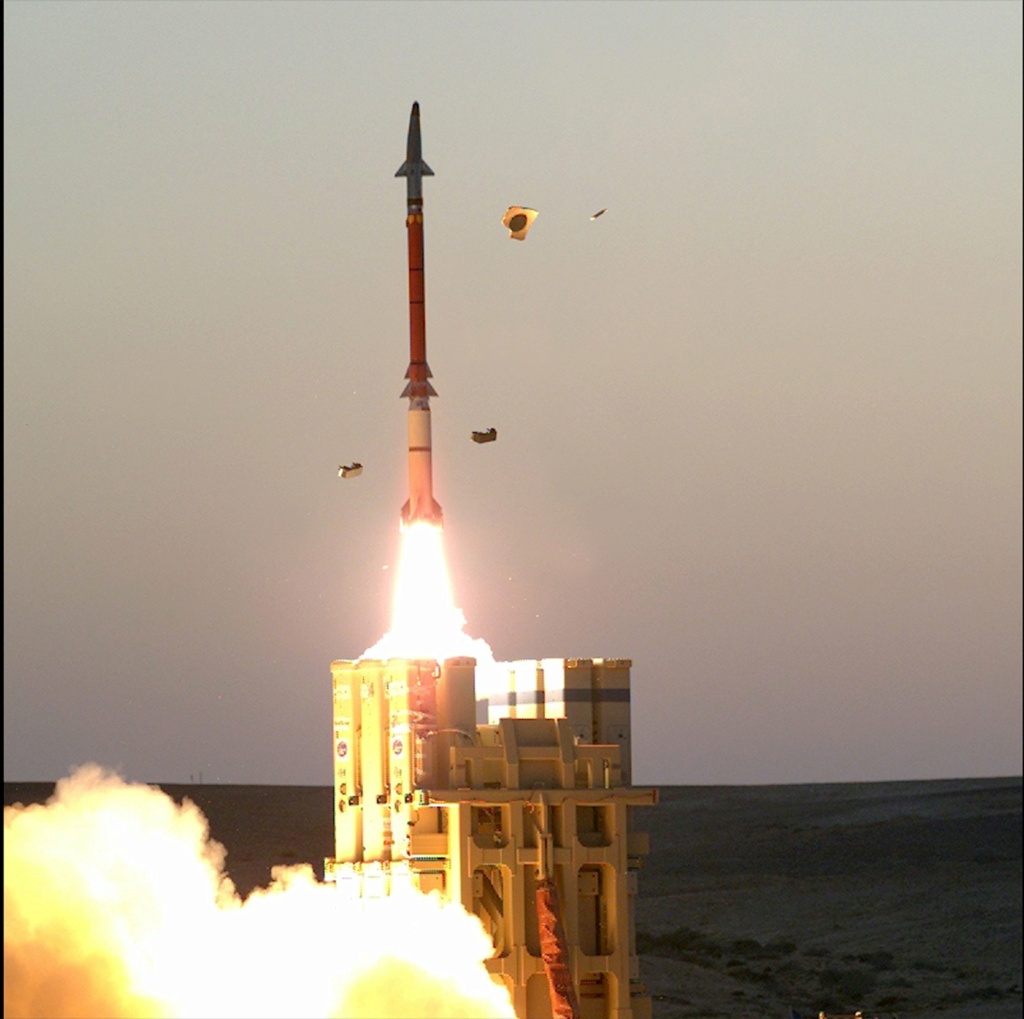 Exhibition of new military equipment in the DPRK

George1 wrote:Parade in Pyongyang in honor of the 90th anniversary of the Korean People's Army. 04/25/2022

Why they have a parade at night ? Its weird...
d_taddei2

A few newer systems nice. Various Missile systems, some are anti shipping, a self propelled artillery vehicle, NK copy of kornet mounted on BTR type vehicle, and the last pic is armed with 8 loitering munitions.