You were on goggle when you did? Because there were others plus the images.

The only major difference from that 2009 plan is that the Recon company was increased to a battalion. And check out the strategy page version which is based on the MT-LBV equipped units and gives more details.
Arctic_Fox 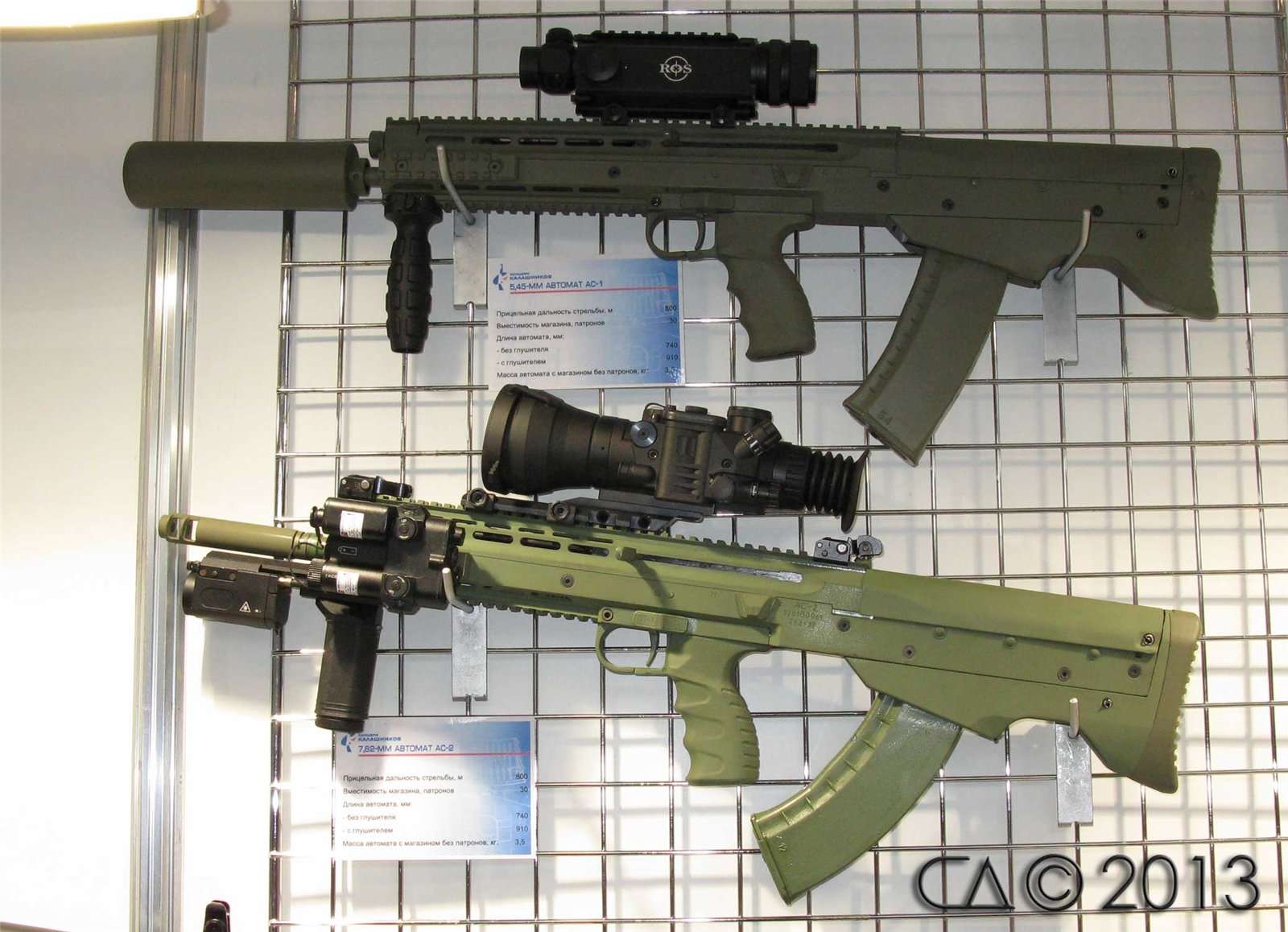 i cannot find any info about it.
sepheronx

Two Kalashnikov rifles in bullpup form.  AS-1 and AS-2
http://www.thefirearmblog.com/blog/2013/08/25/kalashnikov-as-1-as-2-bullpup-rifles/
Werewolf

i cannot find any info about it.

What are the requirements to become an officer in the Russian Army? Are talented enlisted people promoted to officer rank very often, or do most officers get recruited into academies from the general public?

How long does basic officer training last? What about arm of service training?

What sort of criteria are used to assess suitability for promotion? Do officers have to pass through some kind of general staff course to reach general rank, as in the Bundeswehr?
Arctic_Fox

Hi, i want to know the current status of those armoured vehicles (adopted, trials, waiting to be adopted, dumped or unknown),any aditional info is always welcome

the first one is a typhoon-U but looks more protected and have a turret (could be typhoon 630699 but im not sure):

the second one is a typhoon-K and also looks like a more heavy version, and has a diferent front: 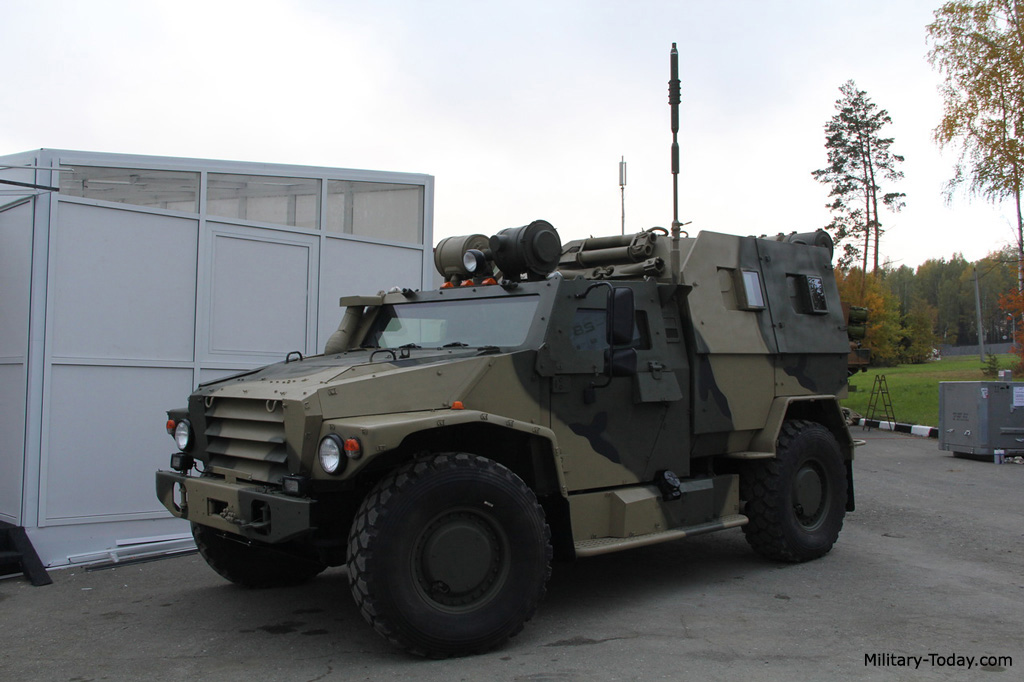 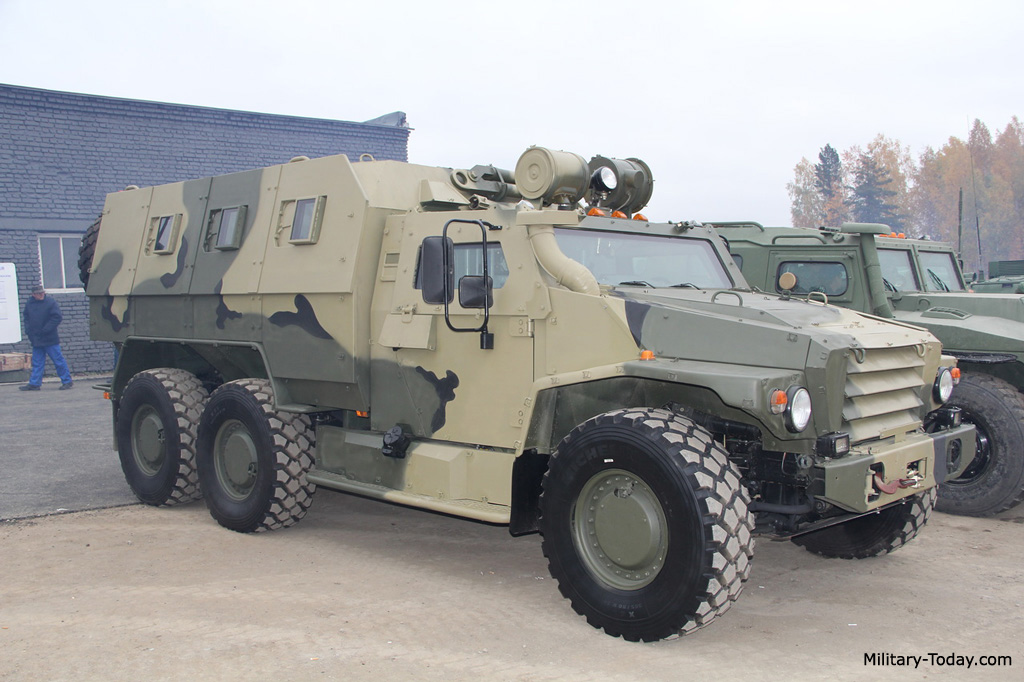 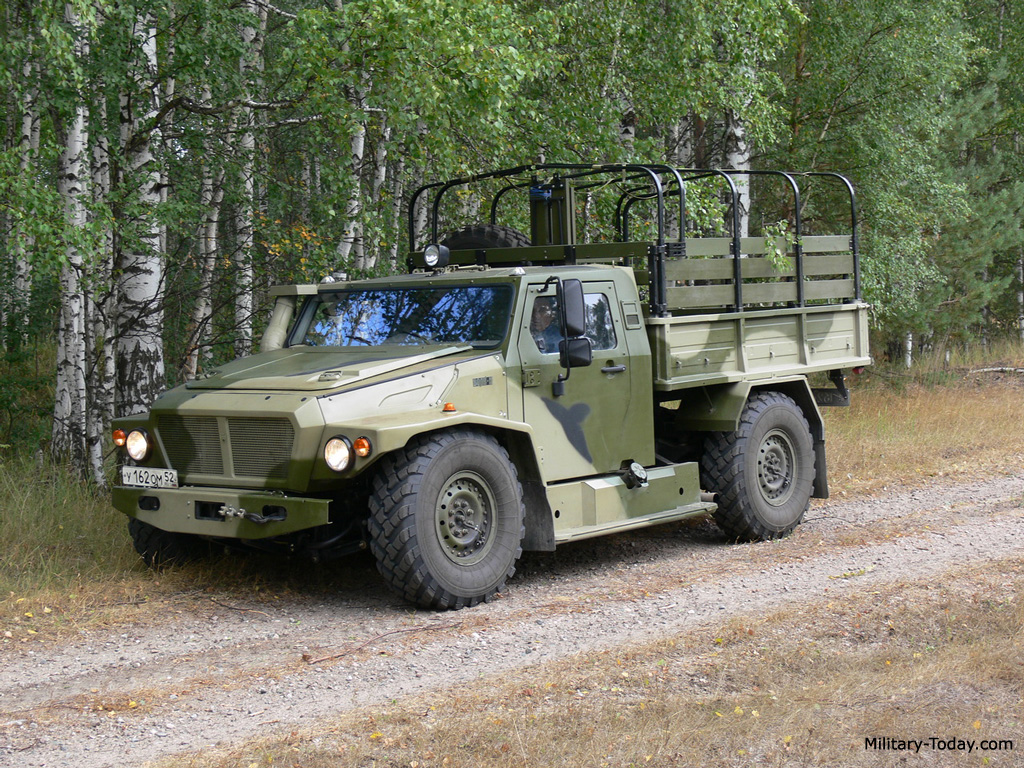 Typhoon-K and Typhoon-U have been adopted. We have already seen them in victory day parade
Arctic_Fox

Hi, i want to know the current status of those armoured vehicles

George1 wrote:Typhoon-K and Typhoon-U have been adopted. We have already seen them in victory day parade

But we only had seen the "common version" of both (63968  and 63059), what i really want to know is about these specific versions, with more armor and some changes.
And by the way typhoon-K 63969 never apeared in any parade, we only have some pictures of tests.
amcm923

Good day. Looking for the T.O. for a 57mm S-60 AA gun. Failing that, need advice on several issues, pls:
1. How to remove the barrel so we can move the gun into a building for restoration;
2. Are there U.S. equivalent tires available?
sjosiowicz

Can anyone identify the place and time of the uniform and the badge of the hat?

Hi:
My name is Sergio Josiowicz. I live in Argentine and this photo have been sent to me from a relative in USA.

I think this is a russian soldier. Can anyone identify the insignia in his hat? And maybe can anyone can identify the time of this uniform? 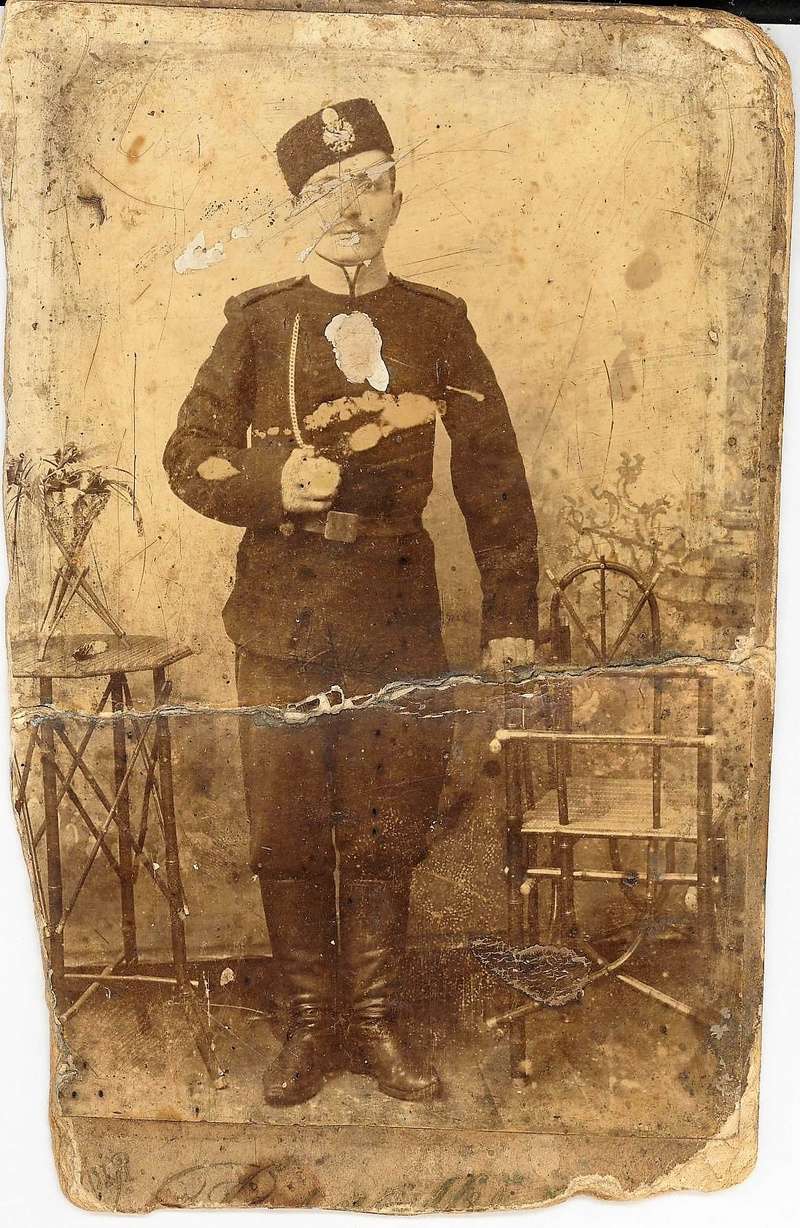 Would a squad under a motor rifle company be labelled numerically(1st, 2nd, etc) or alphabetically(alfa, bravo, etc)?
David27mc

Hello,
I'm looking for all kind of information regarding the offroad vehicle named caiman or tarentula.
It was produced in Saint Petersburg around the 2000's years. It doesn't seems to be produced anymore today.
I would realy love to purchase one unit, even in bad condition in order to export it in Europe


Thanks a lot for your help.
David.
David27mc

Hello,
Anybody can help, realy?
Thanks.
George1

i didn't find anything, just some old videos like that one you posted above
David27mc

Thanks George1, hope someone else would help me.
miketheterrible

Try contacting flaymingpython from this forums as he lives in St.Petersburg.
David27mc

Yes Mike. Could be a good idea. The problem is that I'm new on this forum and not able yet to send private message.
Can you contact him for me please?
miketheterrible

I can link him to this, yes.
David27mc

I told him to charge you a finders fee though. But I sent it to him.
flamming_python

I looked it up.

Basically 'Kaiman' is a private St. Petersburg vehicle construction bureau that was active since the early 90s; they've made a number of different prototypes (don't think any of them were produced in series), called like Kaiman 1, Kaiman 2, Kaiman 3, etc... sort of like frankenstein models with engines and transmissions from VAZ models, other parts from UAV cars and old LUAZ vehicles, and their own aluminium-based frames. Some even had parts from BTRs. I believe about 7 exist in total, all different.

One of these variants was exhibited in France, 20 years ago or so, where it got rave reviews and a lot of interest.

The Kaiman 3 stared in a Russian New Year's film 20 years ago. Dunno where it went after that.

The vehicle in the vids you posted is a Kaiman 4

Here's a link about the Kaiman 5, an armoured variant (but with decreased off-road ability) that was demonstrated to the military in the late 90s. It got high praise but ultimately no-one had the money or interest to induct a new vehicle at the time. The link contains videos of other prototypes too:
http://alternathistory.com/vezdekhod-kaiman-5-rossiya

Here's a variant called the Tarantul, an enhanced version of the early Kaiman off-road buggies, trialed by the military in '98-'99, tearing out in front of the competition
http://otvaga2004.ru/kaleydoskop/kaleydoskop-wheel/ukus-tarantula/
http://5koleso.ru/articles/obzory/tarantul-nash-otvet-hammeru

Another interesting model is the Kaiman Vepr', which is an armoured truck that was demonstrated in the early 2000s:
https://strangernn.livejournal.com/204024.html

As for the Kaiman design bureau now, I think the head of it (Sergei Tsymbalyuk) was forced to vacate his workshop and lay off his workers sometime in the mid-2000s, given that no serious customer ultimately decided to buy his vehicles. Nevertheless as of 10 years ago he was still apparently active in vehicle construction, tied to the Russian defence industries in some way.
Perhaps you can find him on social networks or something (his name in Russian is Сергей Цымбалюк). If anyone can tell you the present-day location and condition of the prototypes, or elaborate on his latest constructions, then it would of course be the man himself.
David27mc

Hi flamming_python,
Many thanks for your help.
I will try to contact the designer.
If you hear about a second hand model for sale, please let me know.
Regards.
RusMil

I tried lots of Russian Telnyashka, and I found out, that these are the best. Does anybody know, what manufacturer is doing these? Or what is origin of them?

I tried to find the manufacturer, but I did not succeed. If anybody does know it, I will be glad for help 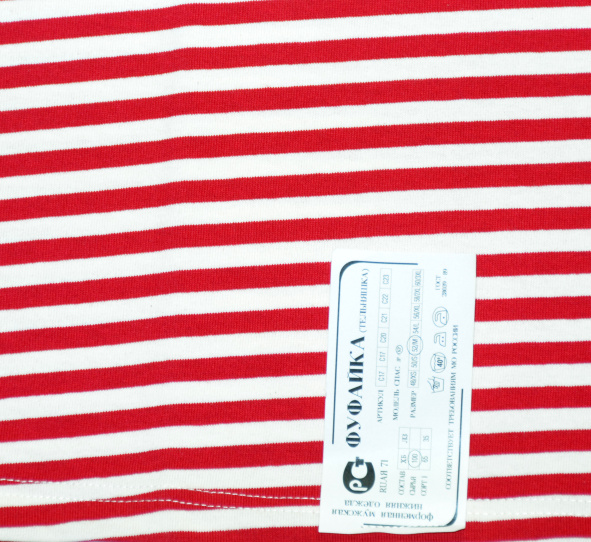 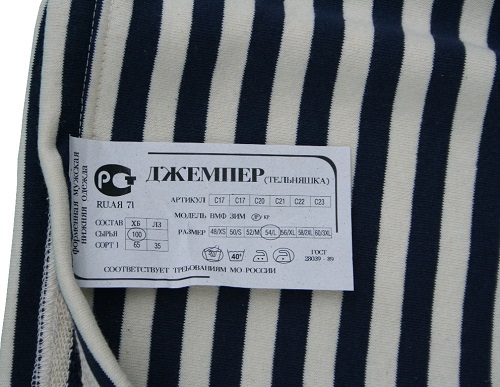 What is the real range of kornet in the Russian army version?
The kornet E and kornetEM are the export version don`t find nothing about the range of the domestic version.