George1 wrote:Of the entire fleet of the French Rafale fighter aircraft are serviceable only 51% of the aircraft

We already determined here few months ago that criteria they use to calculate availability is literally insane. If we used same "6h to be launched into combat" availability criteria for other airforces, we would have something like 20% rate for majority of countries.

The first hours of a war are the most important. Israeli won the 6 days war with a single Attack on Egypt in about 2-3 hours.

It is important, however its very hard if not impossible to keep whole airforce in combat ready status, especially not for such short time deployments like 6h. So having 50% of aircraft combat ready in 6h timespan is very, very impressive.
GarryB

I am sure if it was a Russian aircraft you would belittle them because half their fleet don't meet their own criteria no matter how hard it is...
Guest

GarryB wrote:I am sure if it was a Russian aircraft you would belittle them because half their fleet don't meet their own criteria no matter how hard it is...

February 6, 2019 at the headquarters of the French company Dassault Aviation in Merignac near Bordeaux, an official ceremony was held to transfer the Qatar Air Force to the first of 36 ordered Dassault Rafale fighters - the Rafale DQ two-seater fighter with Qatari side number QA202 (serial number DQ2). The ceremony was attended by the President and CEO of Dassault Aviation, Eric Trappier, the Deputy Prime Minister of Qatar and the State Minister of Defense of Qatar, Khalid bin Mohamed Al-Attiyah, and the Commander-in-Chief of the Qatar Air Force, Major General Mubarak al-Hayarin. 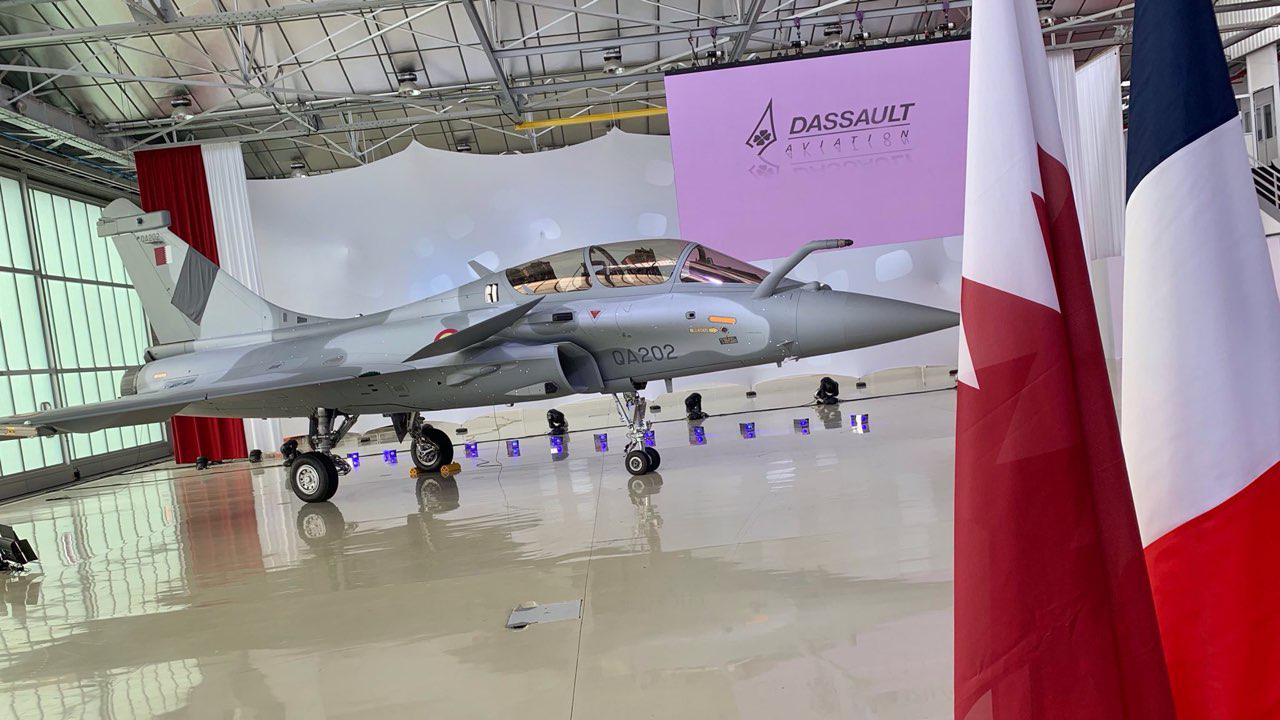 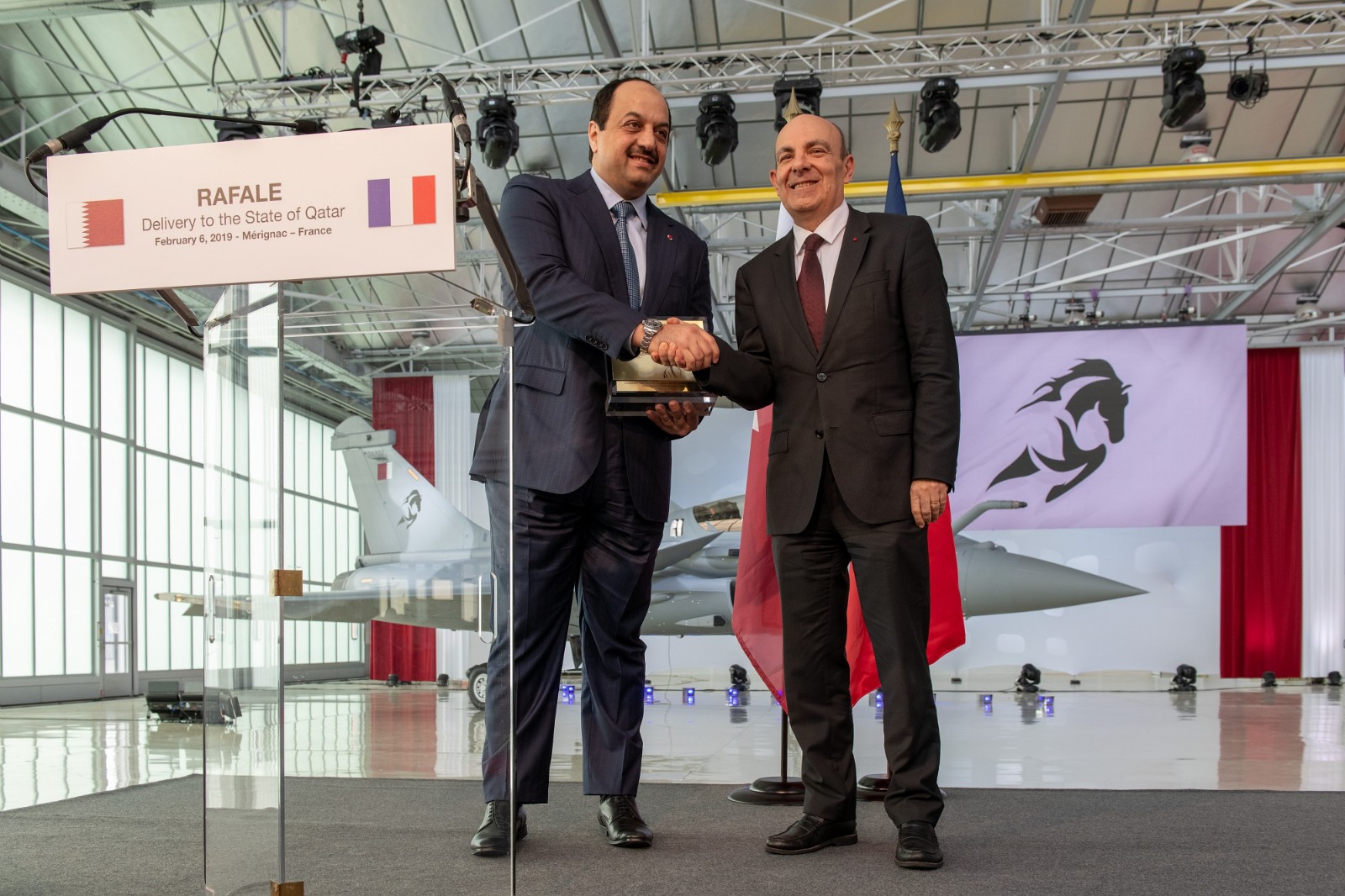 It looks really old and obsolete. More like a training jet at best.
Isos

Former french Rafale pilot analyzing the famous video of Rafale achueving gun and fox 2 kills. He is new on youtube and makes videis in french and english. Worth to take a look but don't expect him to say anything secret.

Negotiations on the possibility of supplying Indonesia with French Rafale fighters

On the air of the French TV channel BFM Business in the news issue "Grand Journal de l'Eco" on December 3, 2020, the Minister of the Armed Forces of France, Florence Parley, announced the possibility of concluding a contract for the supply of 36 Dassault Rafale fighters to Indonesia, and that negotiations on this issue "made significant progress" ... Fighter Dassault Rafale B of the French Air Force during a demonstration in Indonesia. Jakarta, 21.08.2018 (c) Garry Andrew Lotulung / kompas.com

“If this order comes true, it will be of great help for the 500 French companies involved in the Rafale program. When we mention Rafale, we are thinking about the Dassault group of companies, and there are many companies involved in the production chain, 7000 people will be employed in the execution of the order within 18 months, which is a lot, ”said French Minister of the Armed Forces Flores Parly.

Florence Parley recalled that the French Ministry of Armed Forces has used considerable resources "to support enterprises, often very small", directly or indirectly cooperating under the Rafale program, "in total, this is 200 thousand jobs at 4 thousand enterprises," the minister said.

Thus, the minister partially confirmed the information published a little earlier on the website of the newspaper "La Tribune", according to which Indonesia would like to urgently conclude an agreement for the purchase of 48 Rafale fighters.

In addition, Paris and Jakarta intend to sign an agreement on cooperation in the field of defense, the website "La Tribune" reports, citing several confirming sources. The Indonesians "would like to act very quickly and reach an agreement before the end of the year, while the French negotiators would like to spend some more time working out the terms of the agreement in detail."

The issue was raised at the end of October 2020 during a visit to Paris by Indonesian Defense Minister Prabowo Subianto, who, according to La Tribune, confirmed Jakarta's “keen interest” in buying Rafale aircraft.

Negotiations with Greece, Finland and Switzerland

Florence Parley added that “we are negotiating with several countries at once” on the sale of Rafale aircraft: “Greece, Finland, Switzerland are countries wishing to renew their military aircraft, and therefore tenders for the purchase of aircraft have already been announced there which, quite possibly, will be implemented next year ”.

“We have to think through different scenarios to meet the needs of our customers, not forgetting to take into account the needs of the French Air Force,” explained the minister.

It is clear from the minister's words that the French armed forces will remain a priority customer. “My responsibility and my duty, of course, is to provide the French Air Force with everything it needs, so that we will adhere to the obligations provided by the law on military programs, namely, the purchase of more Rafale for the Air Force in the next few years, - Florence Parley emphasized.

For its part, the Dassault group did not comment on this information.

Modular bombs "Hammer" were tested for the new standard of the French fighter "Rafale"
Today, 09: 39

Fighter "Rafale", successfully promoted by the French defense industry in the world market, awaits a new system that will be able to increase its striking power and competitiveness.

Safran, which is developing a new military product, announced the successful completion of the first two drop tests from the Rafale aircraft of the 1000 kg AASM Hammer modular system, designed to strike ground targets from the air.

Now it is planned to move to the stage of test combat use, which is expected in 2021. After that, the new product will pass the state qualification before being put into service. When all procedures are completed (approximately in 2022), a new fighter standard will be put into operation under the designation Rafale F4.

The tonne system is the "weighted" version of the AASM Hammer family. The line of these products is designed to unify the use of various types of ammunition from the French Rafale or Mirage-2000 aircraft.

AASM (literally - "highly maneuverable modular extended-range ammunition") is a container in which, in a tonne configuration, both standard American Mark 84 bombs and BLU109 penetrating bombs are placed. With the development of the 1000-kg modification of the "Hammer", French fighters will be adapted to use a more powerful weapons.

At the same time, AASM modules can be equipped with equipment responsible for various types of guidance - laser and infrared heads, inertial or satellite systems. For the first time, AASM underwent "baptism of fire" in Libya in 2011.