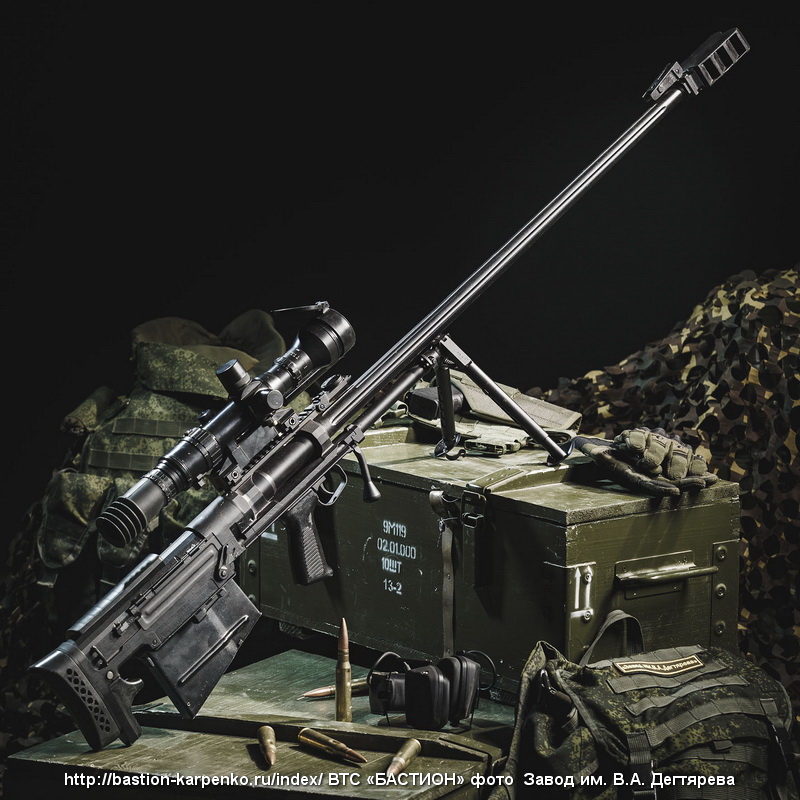 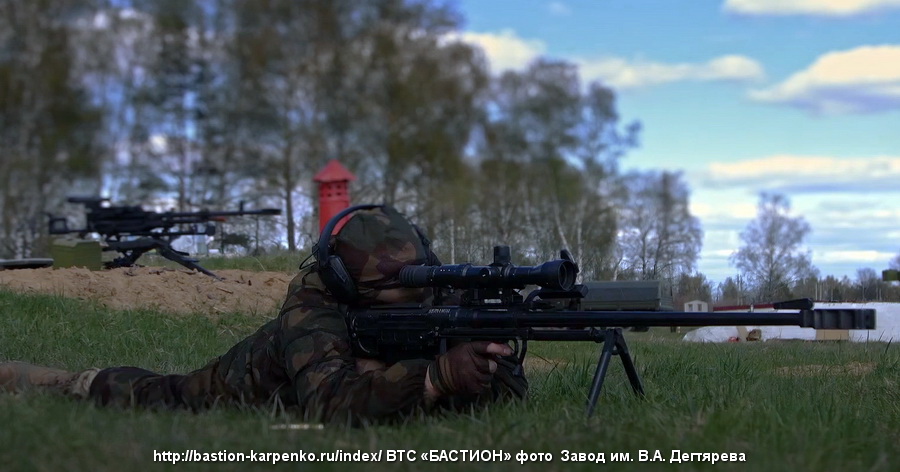 The rifle’s weight has been reduced to 4.5 kg while it features a barrel length of 500mm 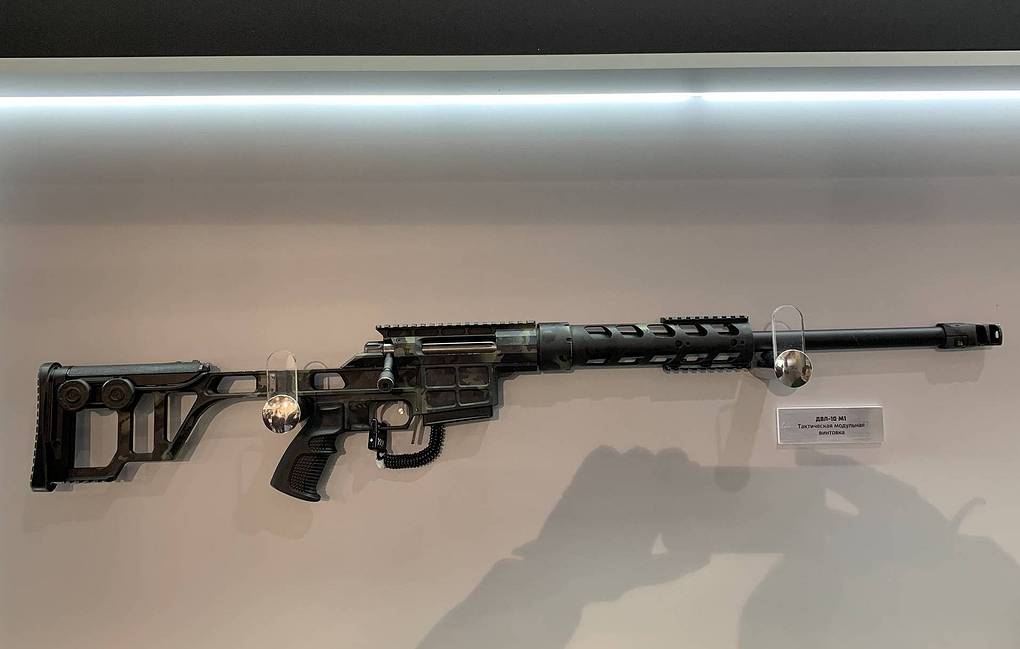 The new sniper rifle is more compact in its dimensions compared to the guns earlier developed by Lobaev Arms, Rosoboronexport Senior Expert Alexander Slobodyanyuk said in the company’s video presentation on the YouTube channel.

"The DVL-10M3 rifle’s weight has been reduced to 4.5 kg while it features a barrel length of 500mm. The gun’s effective firing range is up to 1 km," the senior expert said.

The new sniper rifle demonstrates a high accuracy of fire, he stressed.

"It [the DVL-10M3] is characterized by a very good accuracy of fire that does not exceed 0.38 minute of arc," the Rosoboronexport senior expert added.

The DVL-10M3 new sniper rifle can be used together with a silencer, he added.

The 24th Interpolitex-2020 international homeland security exhibition is running at the VDNH All-Russian Exhibition Center in Moscow on October 20-23 (pavilion No. 57).

Development of sniper rifles within the framework of the ROC "Ugolyok"

As the Russian weapons magazine "Kalashnikov" reports in the material of Mikhail Delyagin "When will the" Ugolyok "flare up?" , in 2021, trials of sniper rifles developed as part of the Ugolyok ROC will begin. Sniper semi-automatic microwave ovens of the Kalashnikov concern chambered for 7.62x51 mm (in the foreground) and 8.6x70 mm (ROC "Ugolyok") (c) Mikhail Degtyarev / www.kalashnikov.ru

The Ugolyok development work carried out in the interests of the Ministry of Defense of the Russian Federation provides for the development of self-loading sniper rifles in calibers 7.62 × 51 (.308 Win.) And 8.6 × 70 (.338 Lapua Magnum). New rifles from the ROC "Ugolyok" are to be replaced in the SVD troops of all modifications.

Of course, taking into account the world experience and emerging trends, the calibers chosen by the Ministry of Defense of the Russian Federation look like an attempt to catch up with yesterday, but, in the event of a successful completion of the work, nothing should prevent the adaptation of ready-made platforms for other, more promising ammunition, although this is due to obvious additional financial and time costs.

The concern's rifles are built on the same base (microwave). Work on the 7.62-mm rifle in Izhevsk is being actively pursued, but some time will have to pass before all problems are fully resolved, which is also demonstrated by the already operating civilian versions of the microwave.

As for the 8.6-mm sample, the successful scaling of the still crude microwave platform for such a powerful cartridge at this stage seems unlikely, while the Tula OTs-129 system looks much better in this regard, since it initially has a more rigid architecture without dubious design -technological solutions.

TSNIITOCHMASH does not disclose details about its rifles. It is only known that Klimovsk is working on two rifles of different designs and, thus, at the final stage of the ROC "Ugolyok" testing of six rifles (three of each of the calibers 7.62 × 51 and 8.6 × 70) of four types should begin: -129, microwave and two Klimovsk designs.

Let me remind you that a feature of the Ugolyok ROC is the absolute "Russification" of the complexes being developed, which provides for a complete rejection of foreign materials, components and technologies in relation to weapons, ammunition and sighting systems. 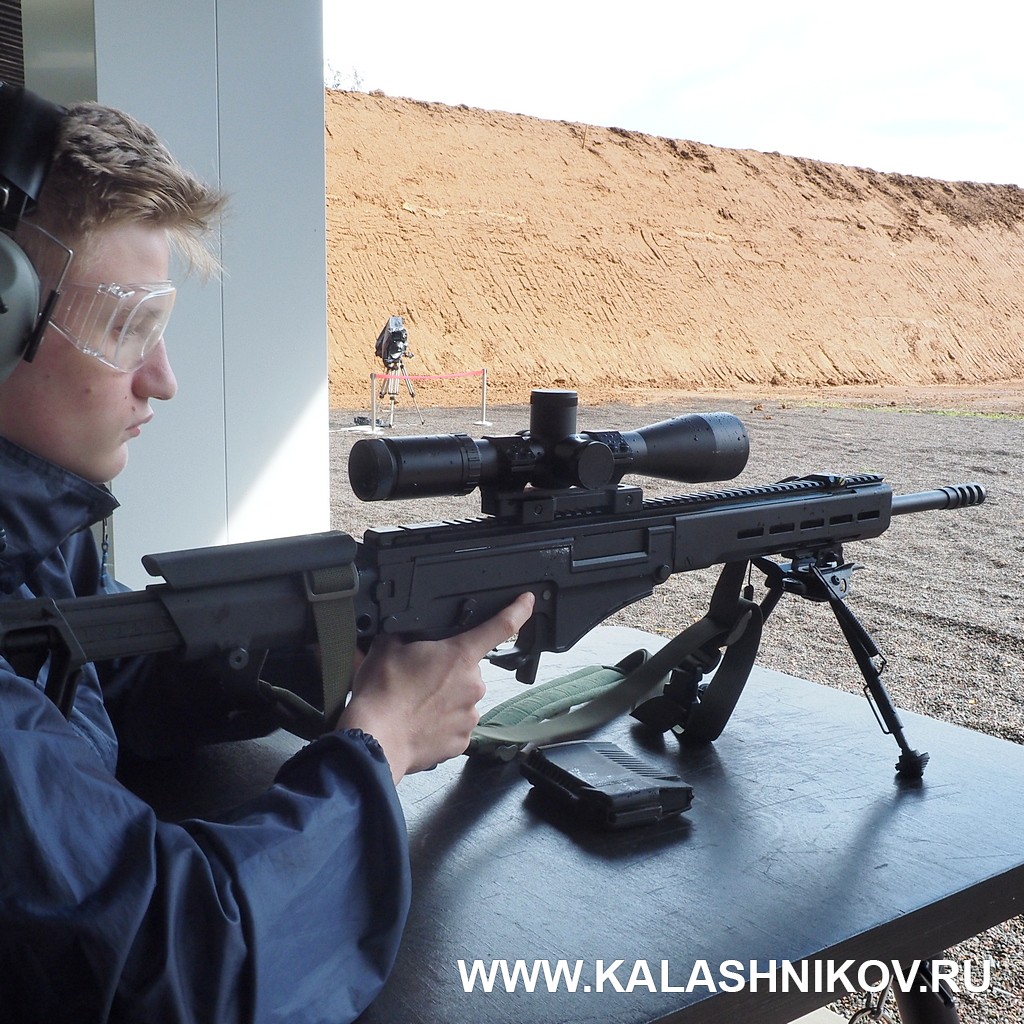 Dang I was hoping for the DXL-5 Havoc, anyone know when that will be showcased?
GarryB

Let me remind you that a feature of the Ugolyok ROC is the absolute "Russification" of the complexes being developed, which provides for a complete rejection of foreign materials, components and technologies in relation to weapons, ammunition and sighting systems.

The rejection of western systems and materials with two western calibres?
Sponsored content