Isos wrote:....But actually there is the 4th non finished Slava class, Ukraina, rusting in Ukraine. Too bad they never bought it.

Isos wrote:....But actually there is the 4th non finished Slava class, Ukraina, rusting in Ukraine. Too bad they never bought it.

Completly stupid. They could have get some money and they said no just to spend huge money not leting it sink in their port and paying for scraping. Any amount would have been a win for them, even 1000 $ is very good for the corrupt officers that would have made the decision. But they want always more and they end up with nothing just like with their "signatures" of "agreements" to be member of "EU/NATO".
JohninMK

Tsavo Lion wrote:from ur post: "..RFS 055 ‘Marshal Ustinov’, Slava Class guided missile cruisers in the harbor of Sevastopol on 29th December 2019".
It's in the main naval base on Black Sea now.

Thanks for the clarification. I got confused, I am warming up for Tuesday evening

Isos wrote:But actually there is the 4th non finished Slava class, Ukraina, rusting in Ukraine. Too bad they never bought it.

It's probably for the better as buying the Ukraina would have needed a ton of money to complete her to Soviet-era standard, let alone upgrading her. The RuN is still deciding what to do with Moskva who AFAIK is still equipped by Soviet legacy systems (repair? upgrade? scrap?).

I'd love to see 4x Slava fully repaired and modernised, but the RuN has better ways to spend money.

Missile cruiser "Marshal Ustinov" in Sevastopol made a call to Sevastopol. The crew will have a short rest in the main base of the Black Sea Fleet, after which the cruiser, in early January, will lead the grouping of ships within the framework of the planned exercises of the Southern Military District in the Black Sea. In the new history of the Black Sea Fleet, this is the first time that two powerful cruisers of the Atlant type appeared at the same pier in Holland Bay. It looks really impressive! 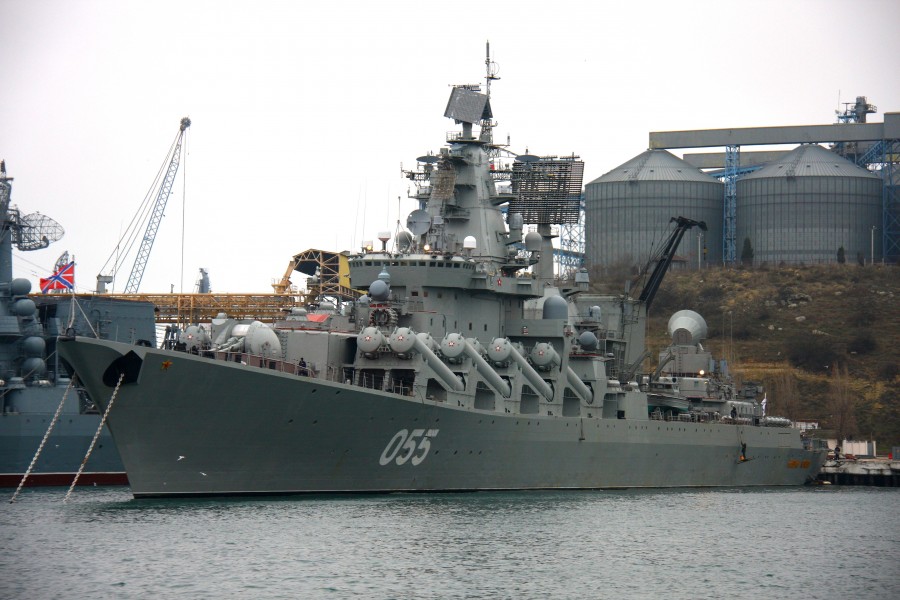 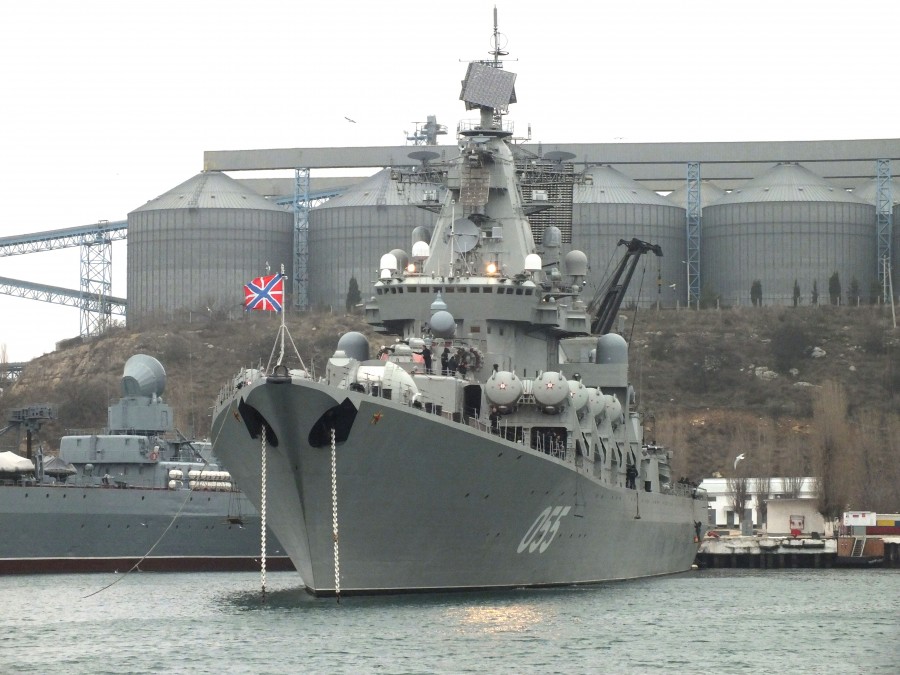 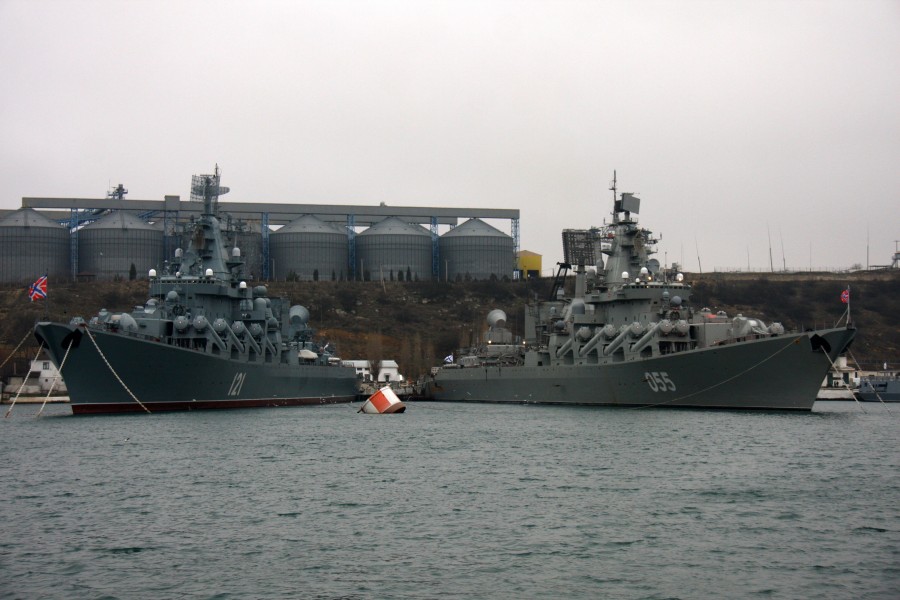 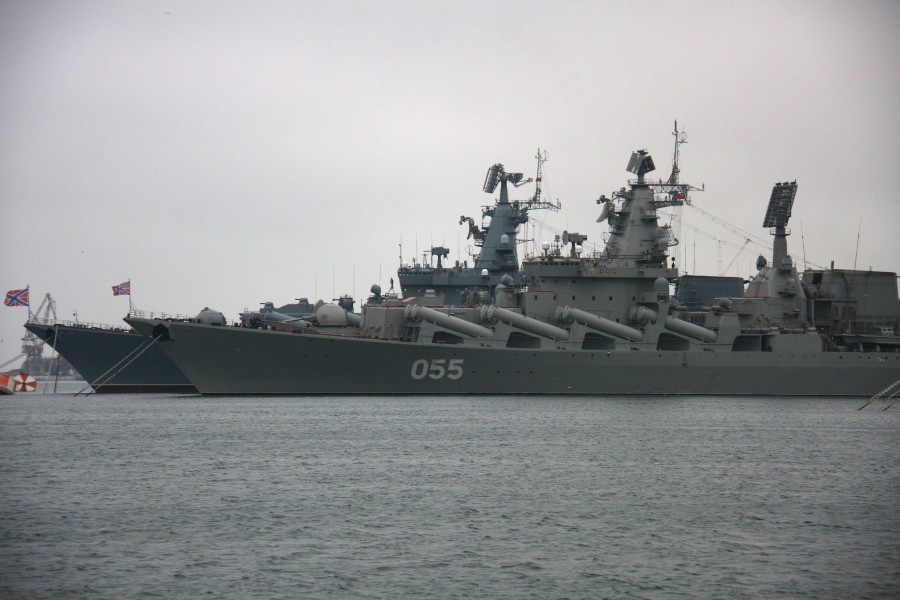 Another one docking in capetown?
Isos

Russia and South Africa are both great players in that field.
Isos

That a realistic design. 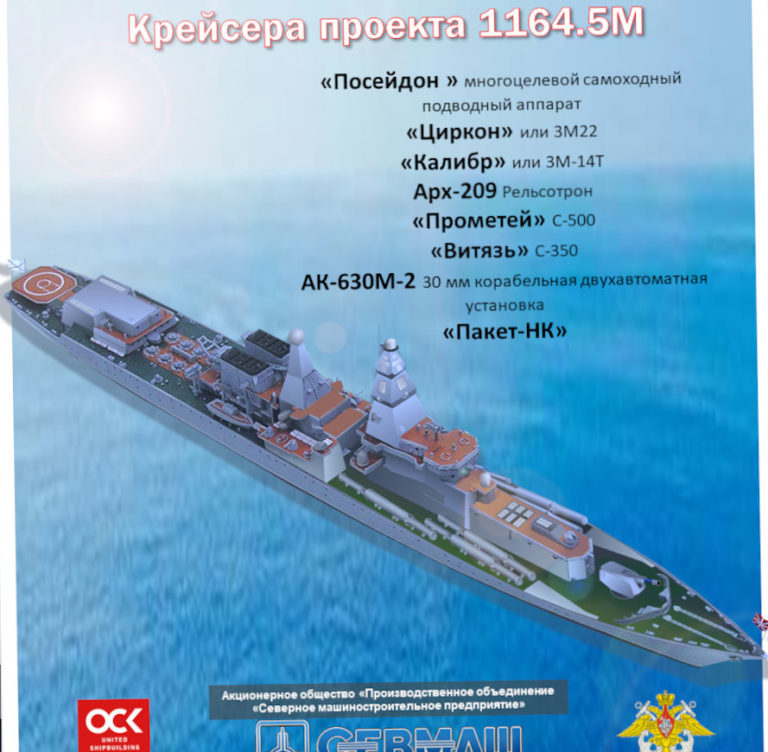 Clearly that's nonsense. In reality they would be able to fit at least 6x Poseidon on each side....

Looks like Moskova is done overhaul. On the one hand these ships are old, OTOH they have fairly advanced porpulsion. Loosk like they did not do more then a mechanical overhaul on her. I guess they are evaluating the results of Marshal U or perhaps they used the Marshal U to test new systems and evaluate if this class is still relevant:

Completly stupid. They could have get some money and they said no just to spend huge money not leting it sink in their port and paying for scraping.

You can lead a horse to water but you cannot make him drink springs to mind... as well as the story of the greedy dog with a bone that is crossing a bridge and looks down in the water and sees another dog with a bone so he barks at the dog to try to scare it so it can steal its bone... there is a splash and his bone and the other dogs bone disappear...

The main features of these ships is that they are big and can go on long voyages without needing constant resupply support... they don't need to be arsenal ships with hundreds or thousands of vertical launch systems.

They had Rif and Klintok missiles so replacing them with Redut and the new TOR missiles should actually be relatively simple and easy and reasonably cheap... both the old systems were vertical launch but did not use a fixed cell based system... they had rotary mounts with missiles that were aligned with hatches for launches. A fixed cell system should be simpler and much much cheaper and enable a fairly significant increase in the number of weapons carried while using the available volume of space much more efficiently.

For the main armament there is an angled UKSK launcher that could replace each Vulcan missile pairing, so instead of 16 Vulcans they could have 8 x UKSK launchers which is a serious improvement in that it can take a mix of anti ship, anti sub and land attack missiles in any combination required with up to 64 missiles... which is plenty... especially including weapons like Zircon and even Onyx.

They would therefore need new radars and communications equipment but those would be useful anyway...
mnztr

I guess it really comes down to how much more life they can expect from these ships at 37 years old. What is their physical condition like. To justify a major upgrade they would need at least 15 years more of life I would guess.

Now the ship is going to be floated out, according to the Shipyard's representative


SEVASTOPOL, July 2. /TASS/. The 13th Ship Repair Plant has completed the dockside repairs of the Guards missile cruiser Moskva, which is the Black Sea Fleet’s flagship, and is beginning to float it out from the dry dock, the Shipyard Spokesman Sergei Gorbachev told TASS on Thursday.

The warship was placed in the dock on April 22. The dockside repairs proceeded along with the cruiser’s maintenance, which was also done by the Shipyard’s specialists.

"Today an operation is beginning to bring the cruiser Moskva out of the dock. As the calculations show, the operation is set to be completed tomorrow. This process takes more time as the repair was done in the dry dock and it is first necessary to fill it up with water and then start floating out the ship," the spokesman said.

After that, the structures used during the Moskva’s repairs will be dismantled and the site will be equipped for receiving the guard ship Smetlivy, which is going to be turned into a museum. The Smetlivy will enter the dock in several days. The exact time will be known after the cruiser Moskva is floated out, the spokesman said.

The cruiser Moskva is the Project 1164 ‘Atlant’ lead ship. It entered service in 1983. As its main armament, the warship carries 16 launchers of P-1000 Vulkan missiles.

In the second half of 2015, the cruiser led the Russian Navy’s permanent Mediterranean taskforce where it was shielding Russia’s Hmeymim airbase in Syria with its air defense weapons. On July 22, 2016, the cruiser Moskva was awarded the naval Order of Nakhimov. 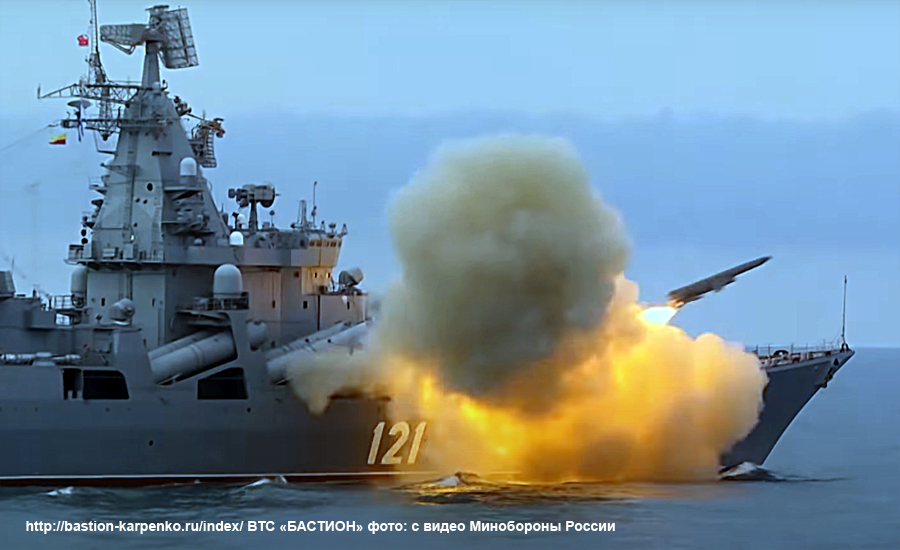 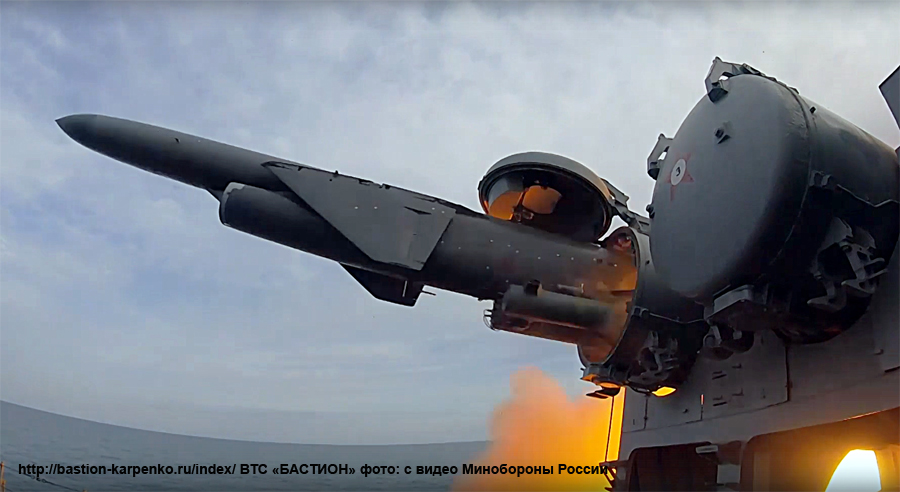 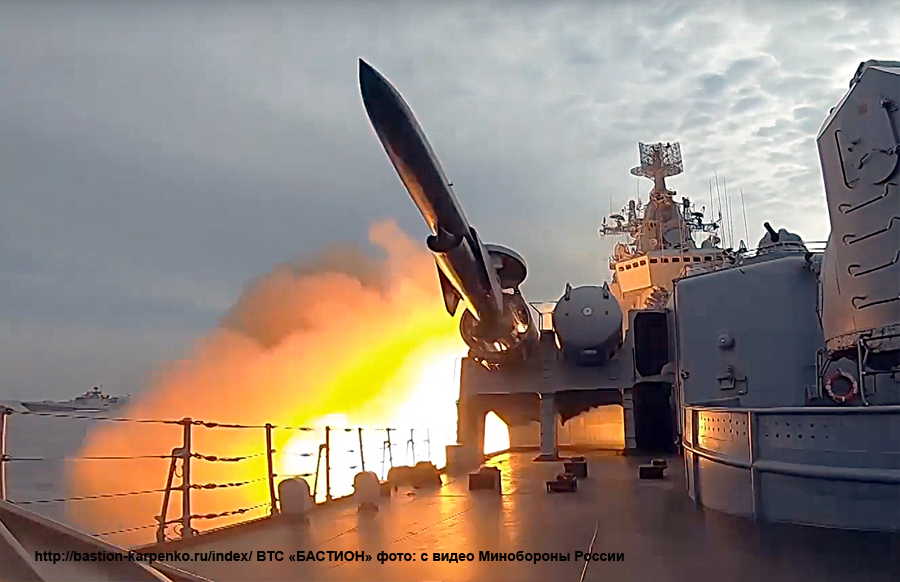 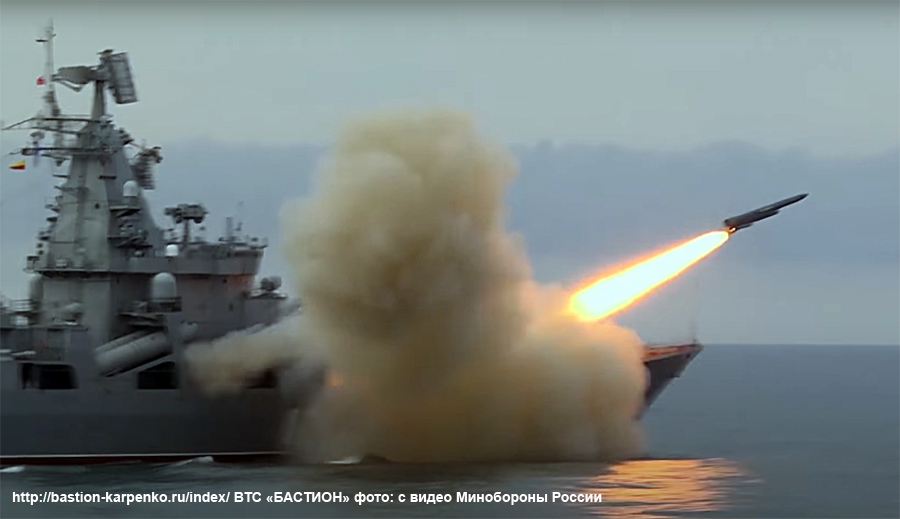 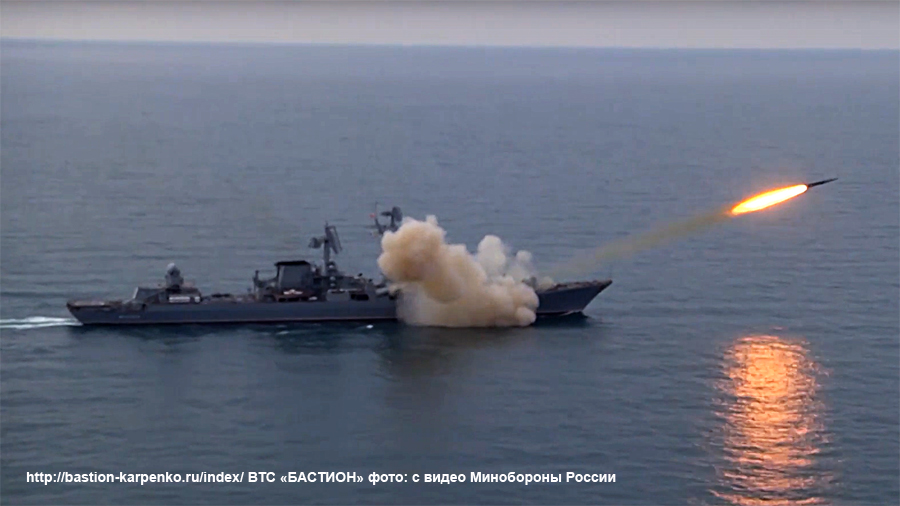 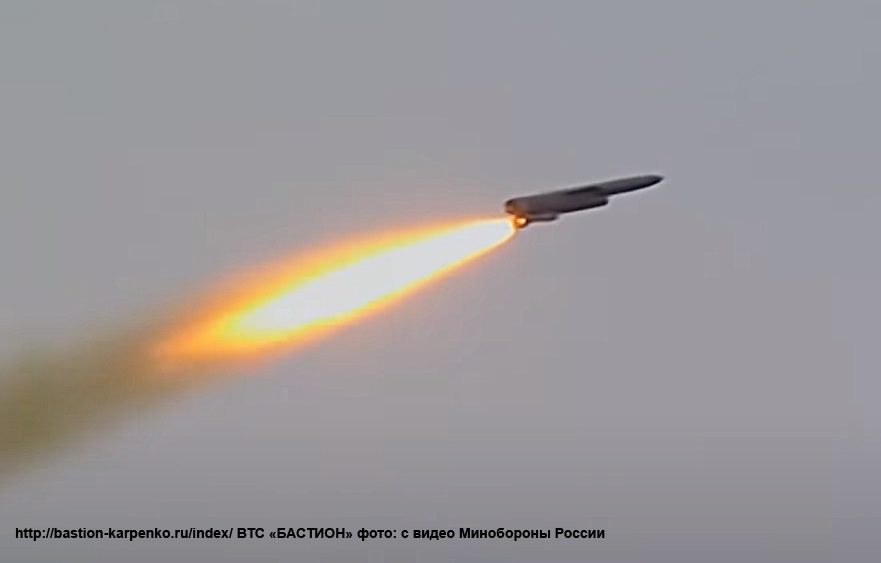 I guess it really comes down to how much more life they can expect from these ships at 37 years old. What is their physical condition like. To justify a major upgrade they would need at least 15 years more of life I would guess.

That is important, but there is no real value in spending an enormous amount of money on these ships... their value is that they are big and have good endurance, and big long endurance ships wont be in production for a few years yet so make these do.

Russia does not need super arsenal ships right now, for a relatively small amount of money they can upgrade the electronics which would free up an enormous amount of space and try a few new weapons systems and sensors they might be planning for new Destroyers and Cruisers further down the track.

Just replacing the Rif and TOR SAMs with new models and upgrading radar and sonar and they will be good as Russia gets corvettes and frigates into production in useful numbers and get ready for a destroyer design to be built and tested.
PapaDragon

It depends on availability of missiles they use not ships themselves

Interesting nose-up attitude that the P-1000 adopts immediately after its rocket strap-ons are jettisoned. Its air speed is still fairly low so it pitches nose up while accelerating under its turbine engine. Never seen that detail before

Those wings are for supersonic flight at low altitude so as that ramjet spools up and accelerates it it will certainly need a bit of angle of attack... but that is the equivalent of a light fighter aircraft... in fact it is probably heavier than any single engined fighter aircraft from WWII at max takeoff weight... and it is essentially taking off without a runway... 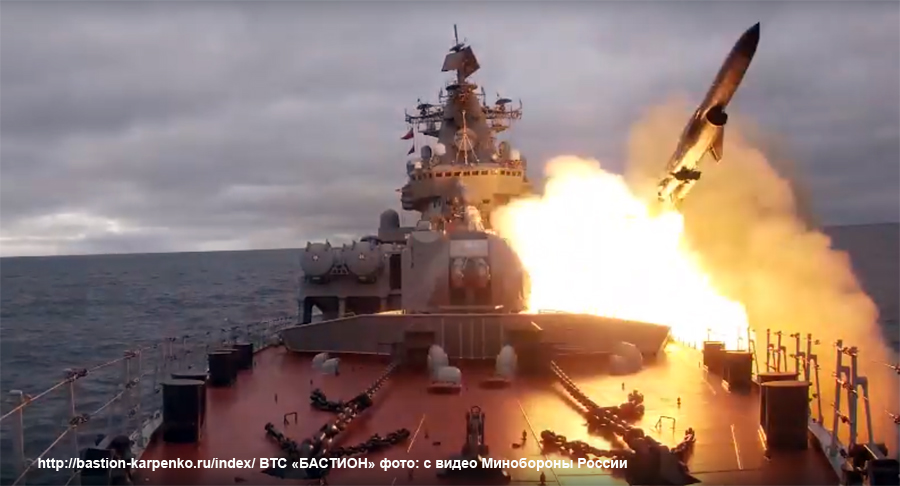 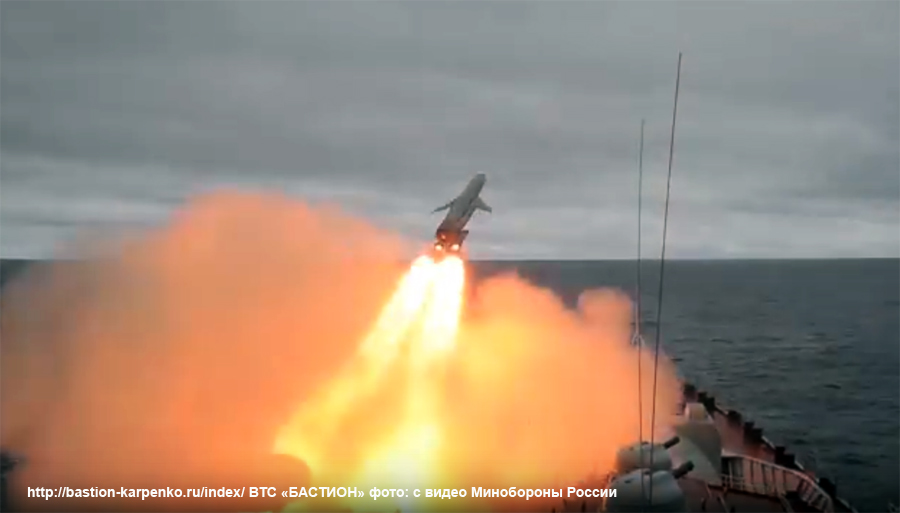 I seem to remember in the 60s or 70s they were looking at zero launch options... ie getting aircraft airborne without runways.

One of the options was a mounting stand that looked like an SA-2 Missile launch mount with a single aircraft... Su-7 or MiG-21 or similar with huge solid rocket boosters that look similar to the two being used to launch the Vulkan in this video.

Quite spectacular and of course once the solid rocket boosters burn out the aircraft had to increase their angle of attack with full AB engaged to continue to accelerate and climb away.

I would think another important issue with this missile is that it likely was going for a medium to high flight profile so the sooner it climbs the faster it will go and the further it will go.

With the advent of new hypersonic missiles, I wonder what the 1164s could be retooled to carry? Imagine a modern scram-jet powered missile in the class of a P-1000 Vulcan, ie a Mega-Tsirkon/Zircon with an over-dose of growth hormones...

Another one shares my dream.

Maybe PtG wont receive the refit with 80 silos but stick to the 20 he has already, fitted with Mega-Tsirkons.

The flagship of the Pacific Fleet, the missile cruiser Varyag, is undergoing scheduled repairs