A second Type-054A frigate from the new series has been launched recently. Seems like production is up and running again. I would not be suprised if we get to see ~50 of these frigates. 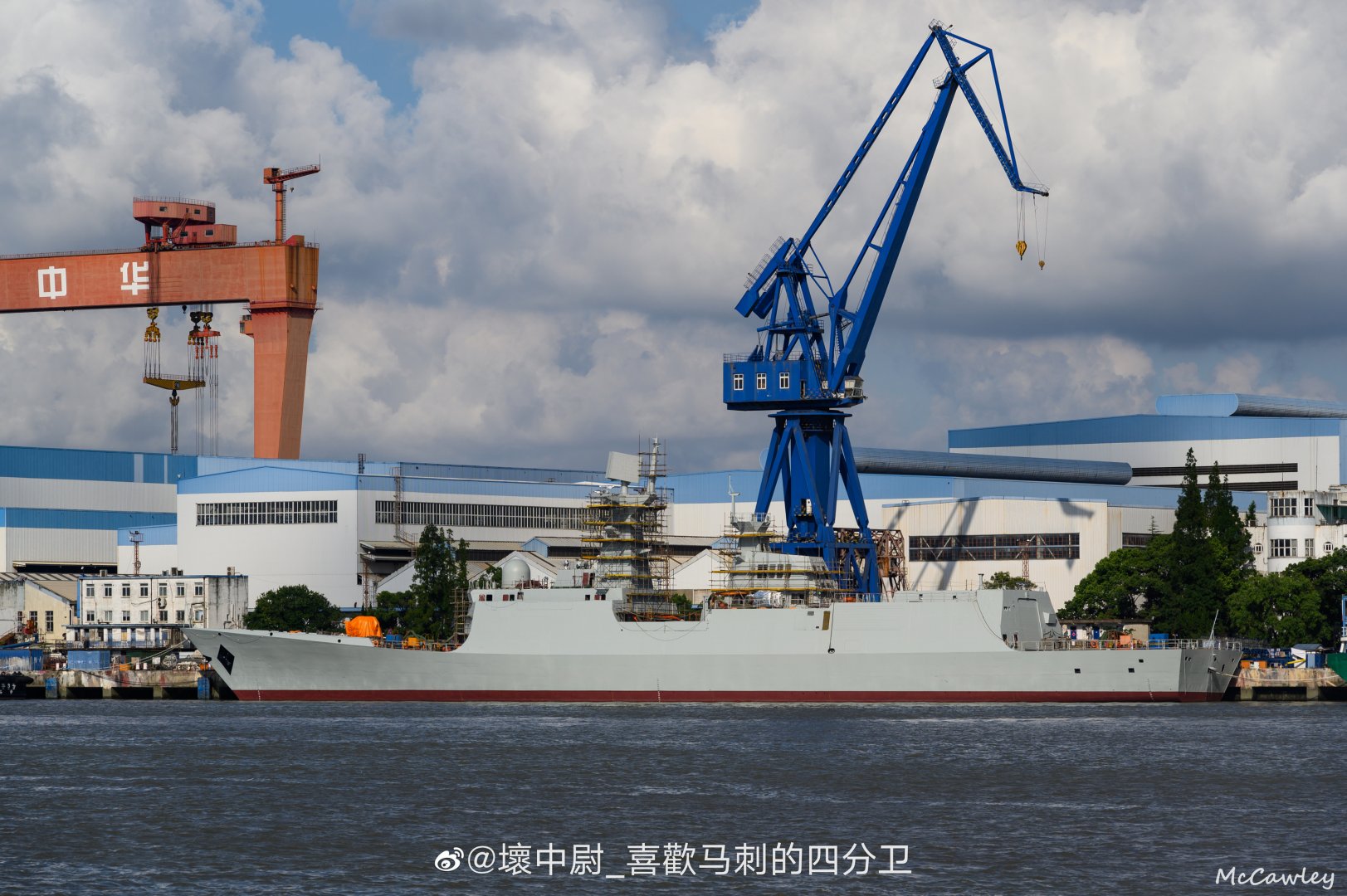 I really like this project. Reminds me good old days when OHP was on the slipways. Make things as easy as possible, and repeat.

ALAMO wrote:I really like this project. Reminds me good old days when OHP was on the slipways. Make things as easy as possible, and repeat.

Although the Type-54 frigates are way more potent then the old OHP. It doesnt carry any super duber hypersonic missiles like the newest Russian frigates but its a good multirole vessels that can perform both anti-ship, asw and anti-air missions.

Type-051B destroyer Shenzhen with the new vls configuration. The Type-052B destroyers are in refit right now expected to get the same modification. 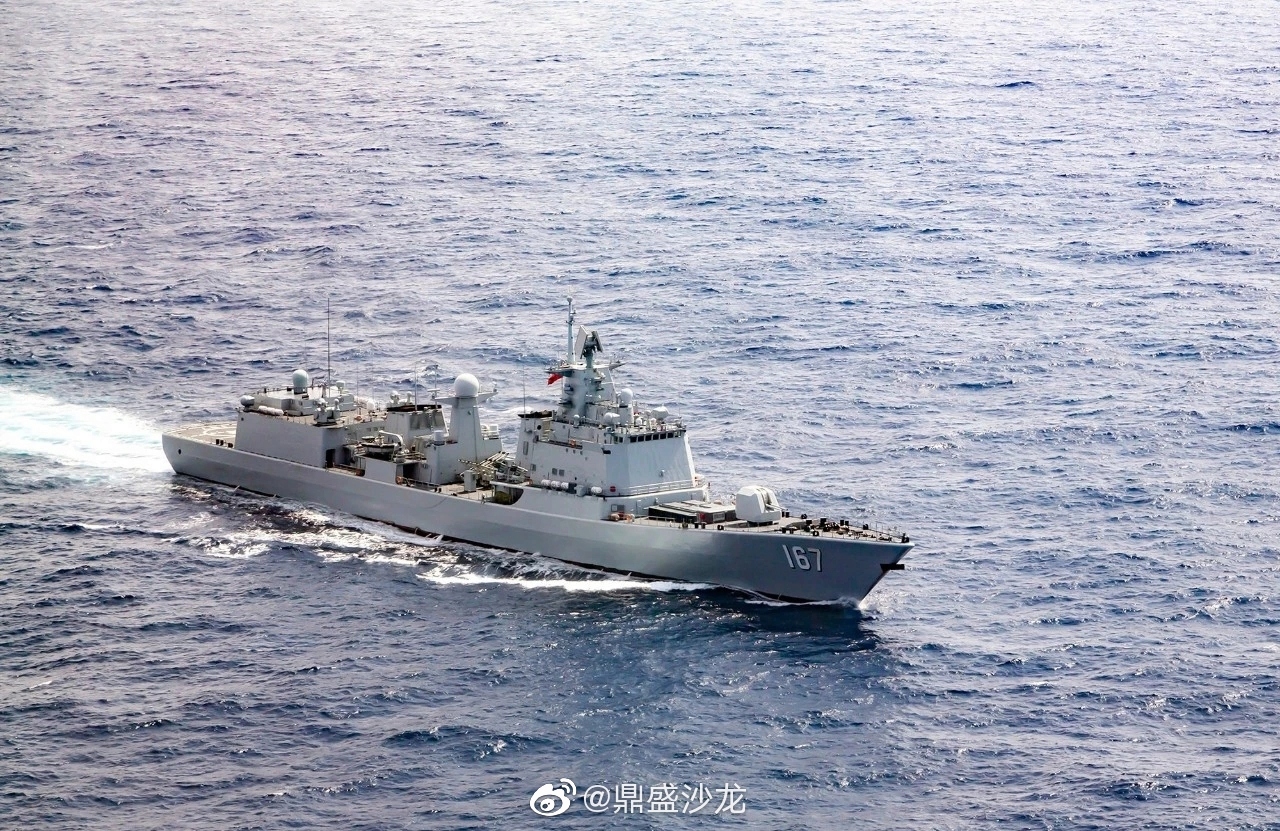 
"Right after China and Russia wrapped up a joint naval exercise in the Sea of Japan on Sunday, 10 powerful warships from the two countries switched to the next mission and sailed through the Tsugaru Strait into the Pacific Ocean on Monday in their first joint maritime patrol, which experts said on Tuesday could see the joint task force encircle Japan or approach the US. The joint patrol displays a high level of political and military mutual trust that exists between China and Russia in terms of safeguarding regional peace and stability, at a time when the US is ganging up with its allies like Japan and Australia and destabilizing Asia-Pacific.

The Japan Maritime Self-Defense Force spotted a joint flotilla consisting of 10 warships from China and Russia, namely the Type 055 guided missile destroyer Nanchang, the Type 052D guided missile destroyer Kunming, the Type 054A guided missile frigates Binzhou and Liuzhou and the Type 903A comprehensive supply ship Dongpinghu from China, and the large anti-submarine ships Admiral Panteleev and Admiral Tributs, the instrumentation ship Marshal Krylov, and the corvettes of the project 20380 Hero of the Russian Federation Aldar Tsydenzhapov and Gromkiy from Russia, when they passed through the Tsugaru Strait, between Japan's main island of Honshu and Hokkaido, and sailed toward the Pacific Ocean on Monday, Japan's Ministry of Defense Joint Staff said in a press release on the day.

This is the first time Chinese and Russian warships were seen transiting the Tsugaru Strait together, the Japanese press release said."

Seems the Russians were impressed by these new Chinese ships and the Chinese gave them good access to their vessels...

Their own ships of those sizes are going to take time but they can look at something to give them an indication of what they will be capable of....

I suspect the Russians reciprocated with mine and sub countermeasure technology and more important techniques which I think the Chinese will find very useful in the bare 20 odd years it will likely take for the British to help Australia build some SSNs with US Sub technology.

This is nice healthy interaction focused on defence and it is great to see them working together.

More pictures from the combined exercise. 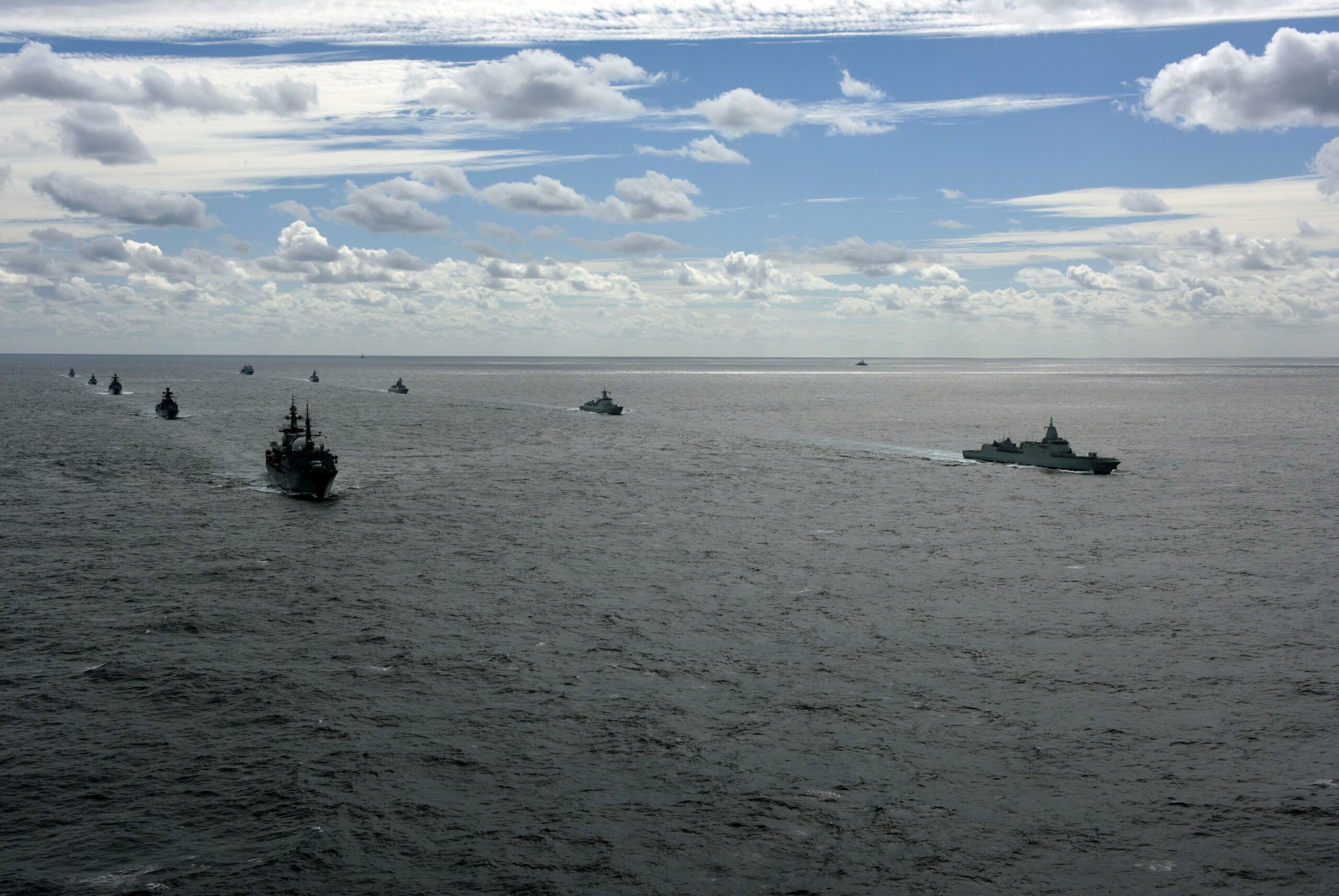 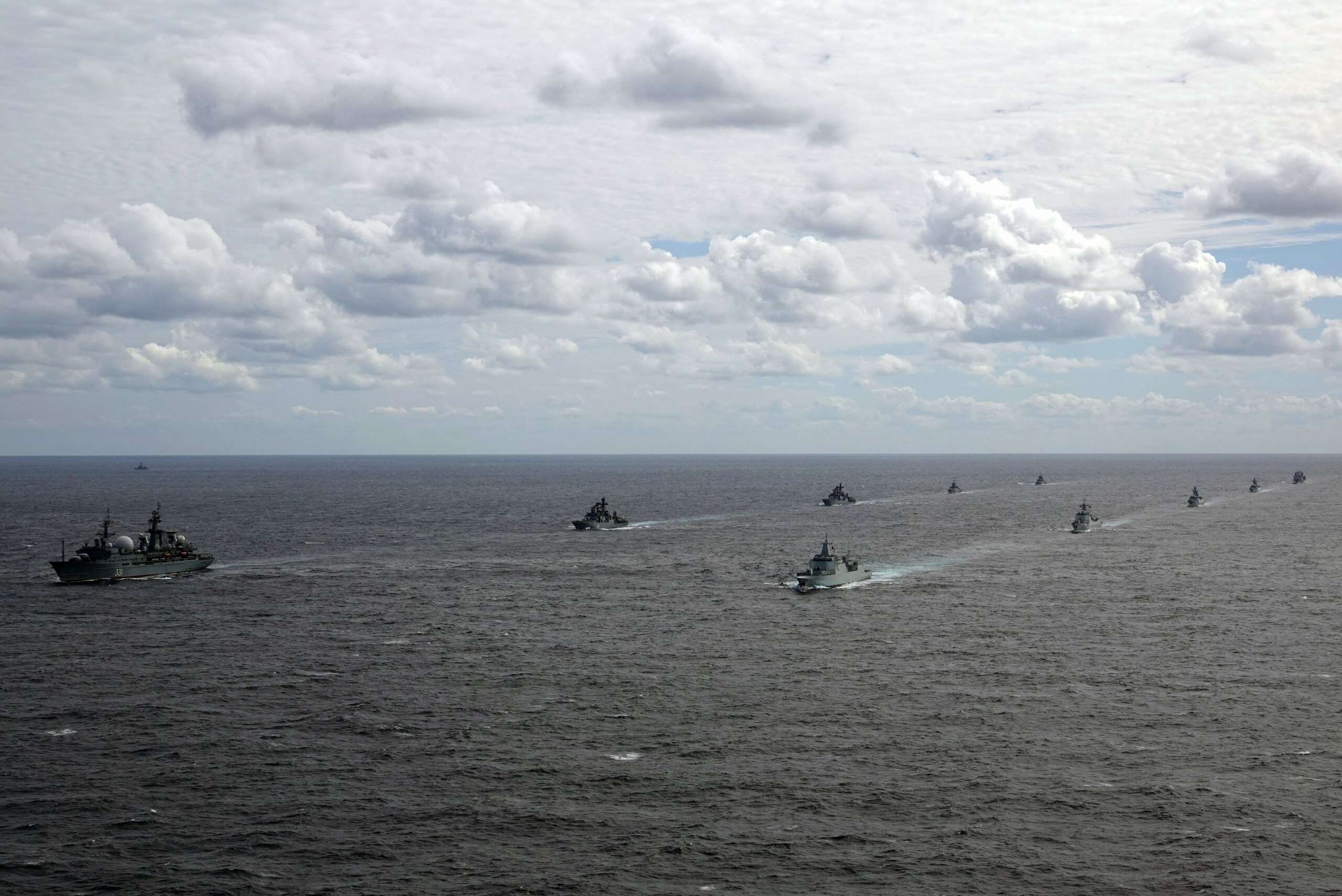 
"As the first such comprehensive command flagship in China's maritime system operating in deep seas, the Haixun 09 has the capabilities of cross-sea safety patrols and emergency search and rescue efforts in complex ocean environments....
Construction work on the vessel started in May 2019. It has a total length of 165 meters, a width of 20.6 meters, a depth of 9.5 meters and a full displacement of about 13,000 tons. It has an endurance of at least 10,000 nautical miles at a speed of 16 nautical miles per hour. It has a maximum speed of more than 25 knots....
The vessel was designed to operate in the open seas far beyond the coastal region, with a maximum of 90 days without being resupplied with fuel and food. "
Hole 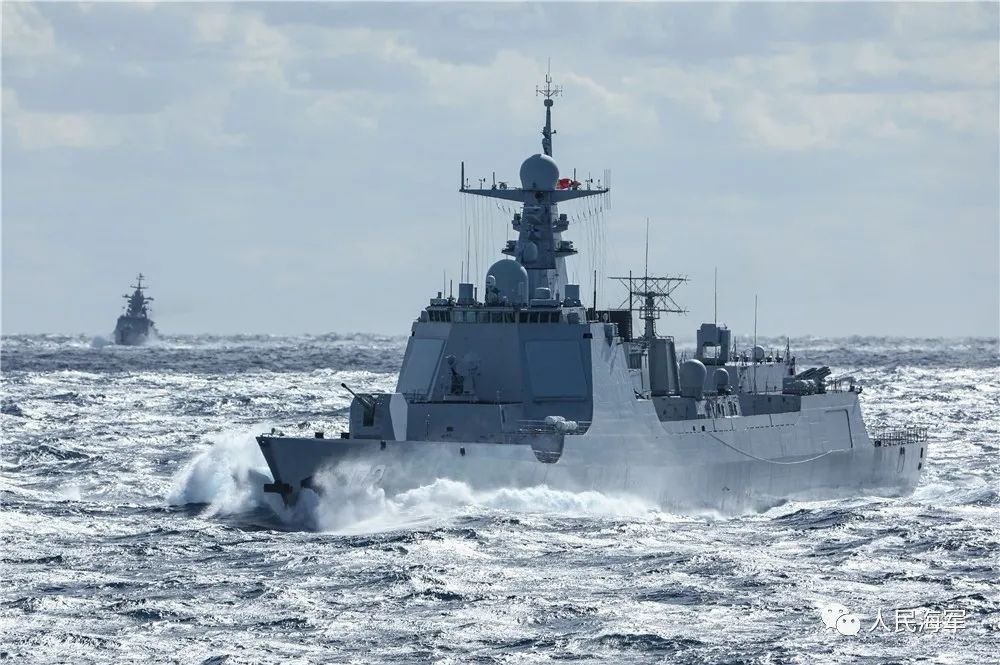 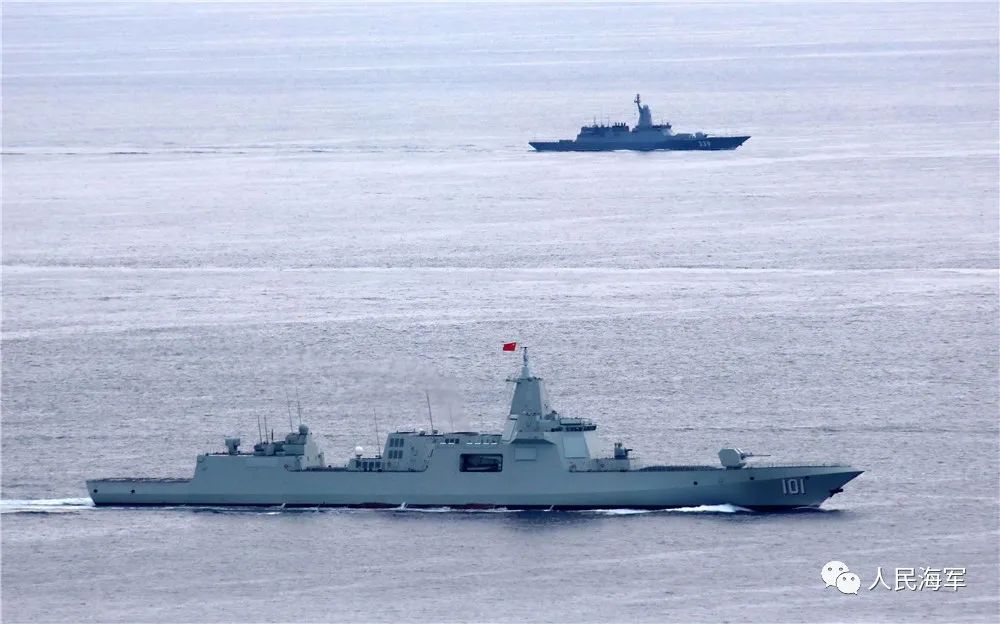 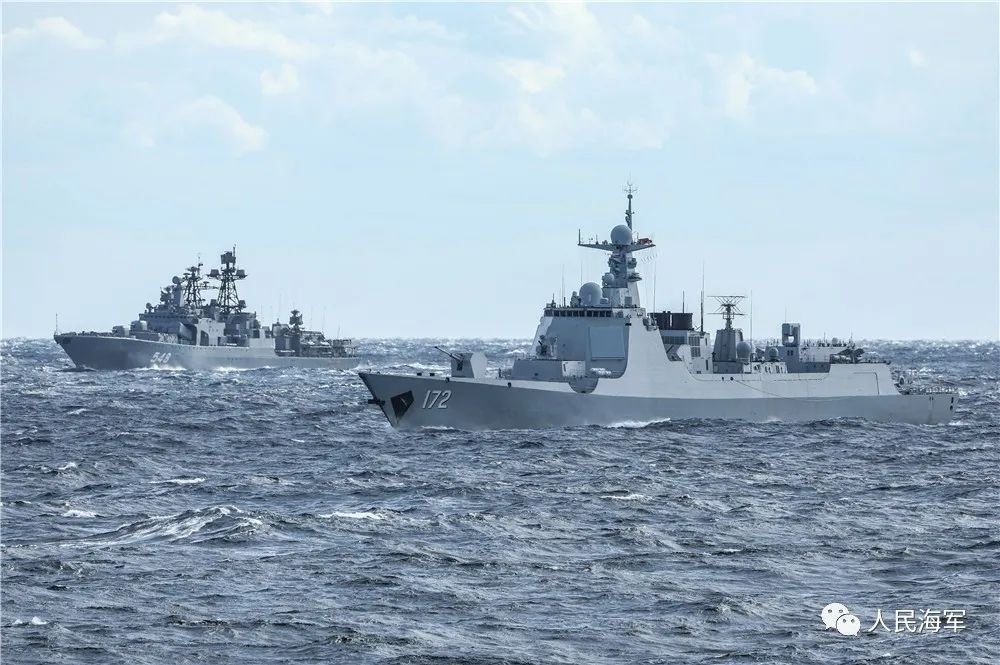 Don't think this was posted here - the prototype AWACS for the Type 003 carrier's first flight. 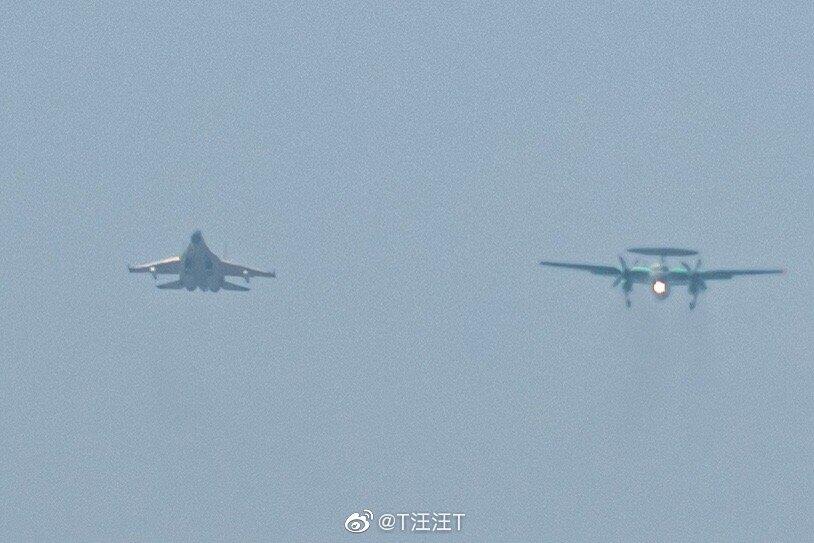 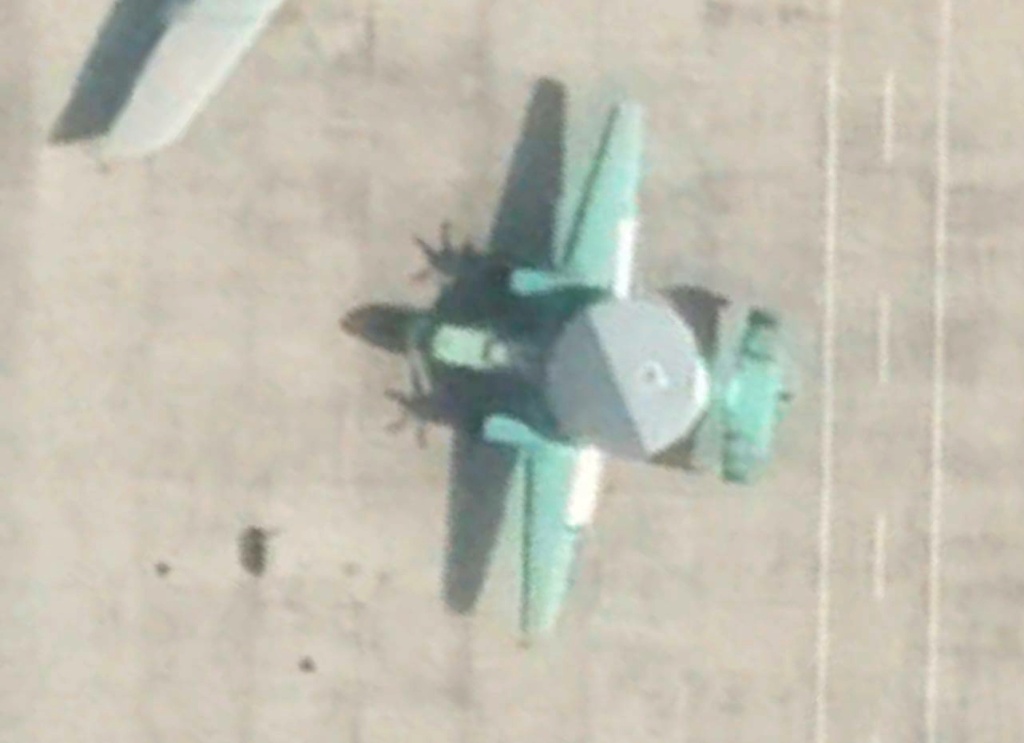 Looks much Jakisch to me

Is it a propfan?
Mir

Would guess as much.
Hole 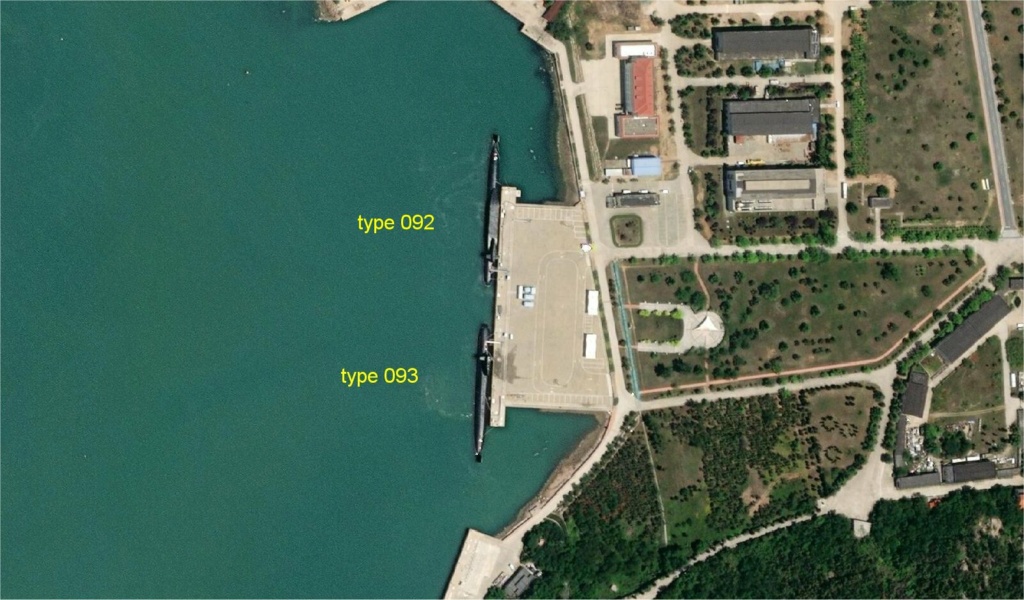 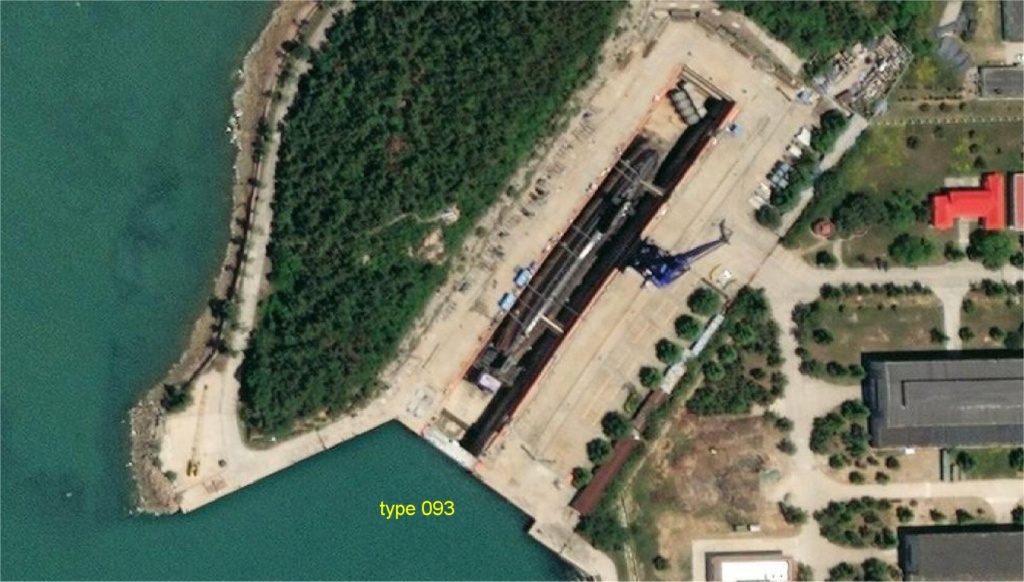 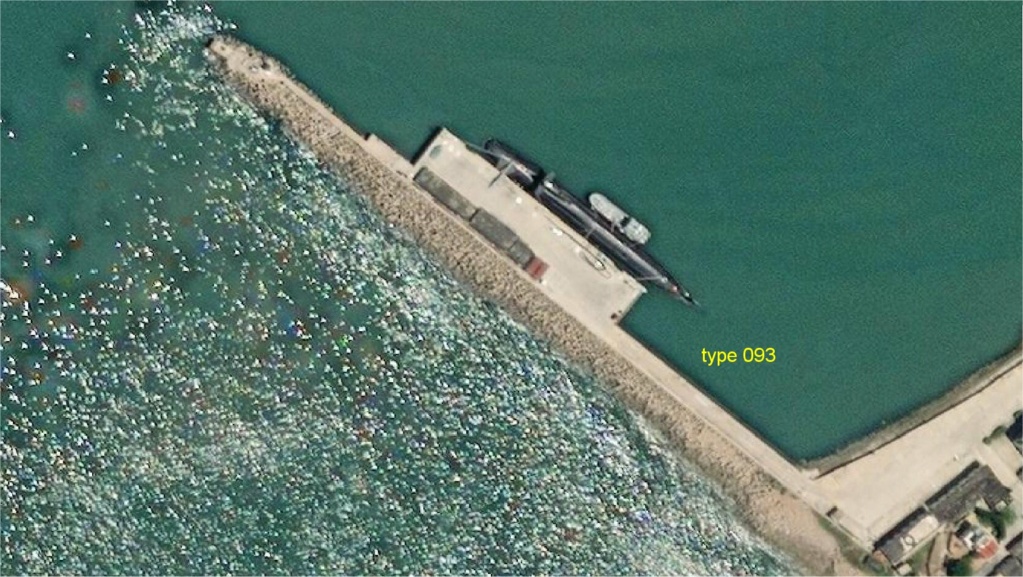 Looks like a single set of 6 blades, so not really a propfan.

Would be interesting to know the sort of power they put out, but then with working EMALS they don't need to be super powerful which is good... super powerful engines probably mean lower fuel efficiency so it makes more sense to get more power from the cat system than from the engines.

The Chinese carrier Liaoning with escorts enterd the Pacific to conduct exercises in the last days.

Hope they make a courtesy call "Down Under"

Maybe even do a surprise attack...er sorry...visit to the annexed Hawaii Islands

Mir wrote:Hope they make a courtesy call "Down Under"

Maybe even do a surprise attack...er sorry...visit to the annexed Hawaii Islands

Who knows maybe its one of their Sovremennys starting its boilers

They upgraded them with new engines so no. But I like the joke 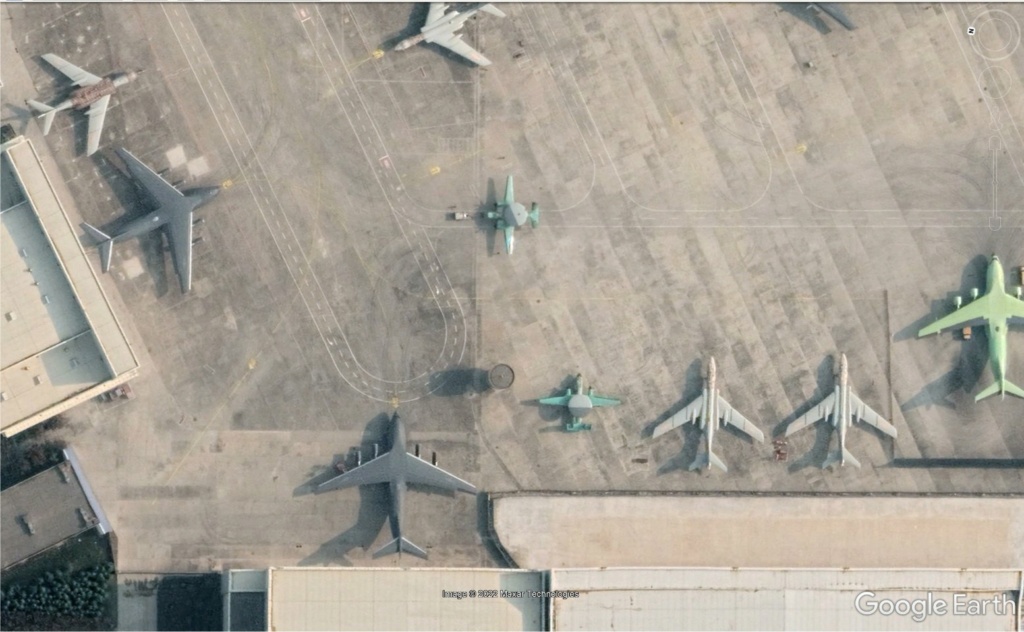