The Shandong is out and about in the South China Sea. China seems to be deploying their carriers alot these days.

An aircraft carrier group led by China’s second aircraft carrier, the Shandong, is conducting a series of exercises in the South China Sea in its first known voyage of the year, almost immediately after the country’s first carrier, the Liaoning, left the region, and Chinese analysts said on Sunday that the move highlighted the fact that the two aircraft carriers that China currently operates are actively training for combat preparedness.

All eight Type-071 amphibious landing ships seems to have been commissioned now.

The Type-071 LPD really has given the PLAN a good ability to deploy amphibious landing forces around the world. 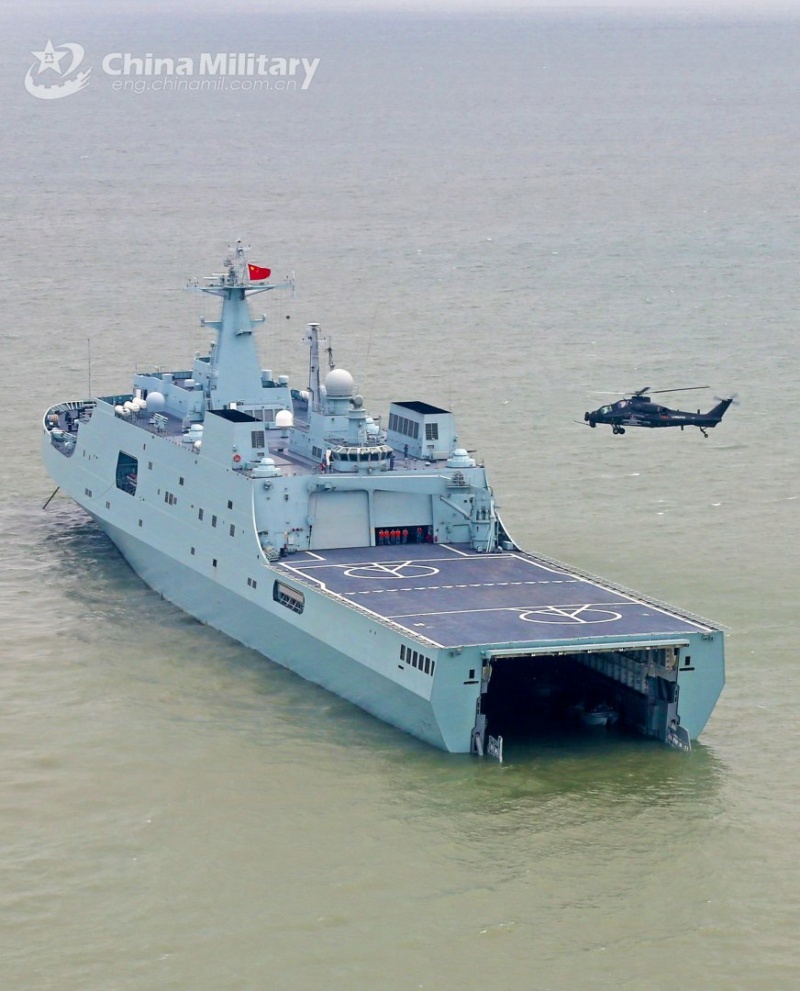 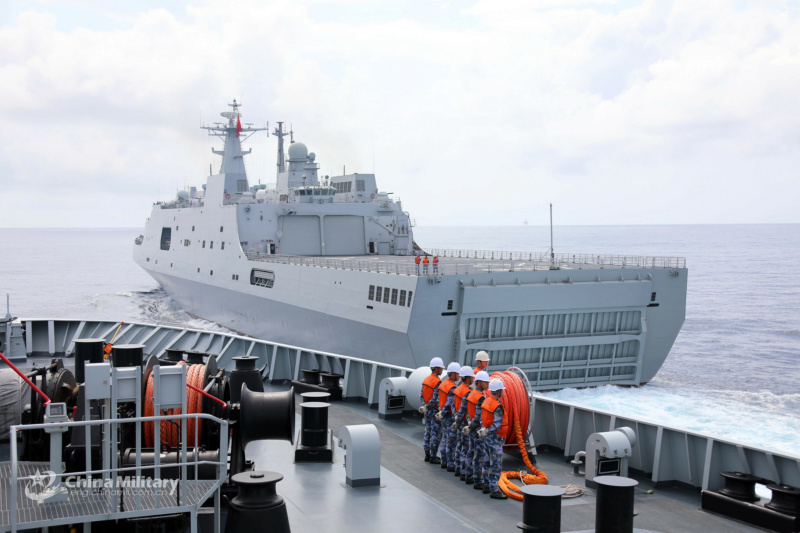 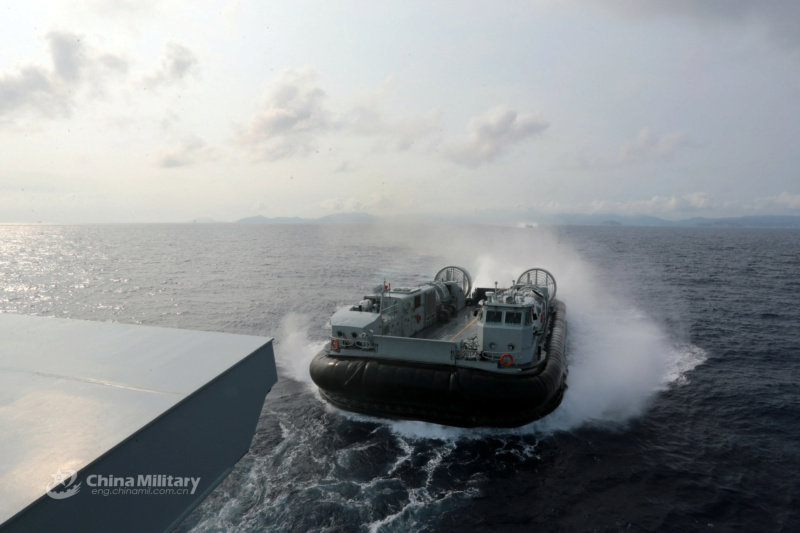 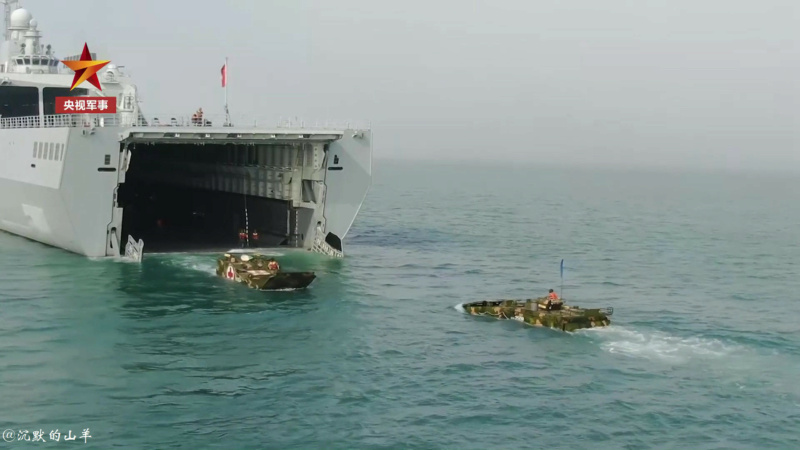 Around south china sea maybe but not around the world.

They need state of art ssn and carriers to operate them further away.
walle83

Isos wrote:Around south china sea maybe but not around the world.

They need state of art ssn and carriers to operate them further away.

Depends what enemy we are talking about. To handle some african nation that wont comply subs and carriers arent really needed. 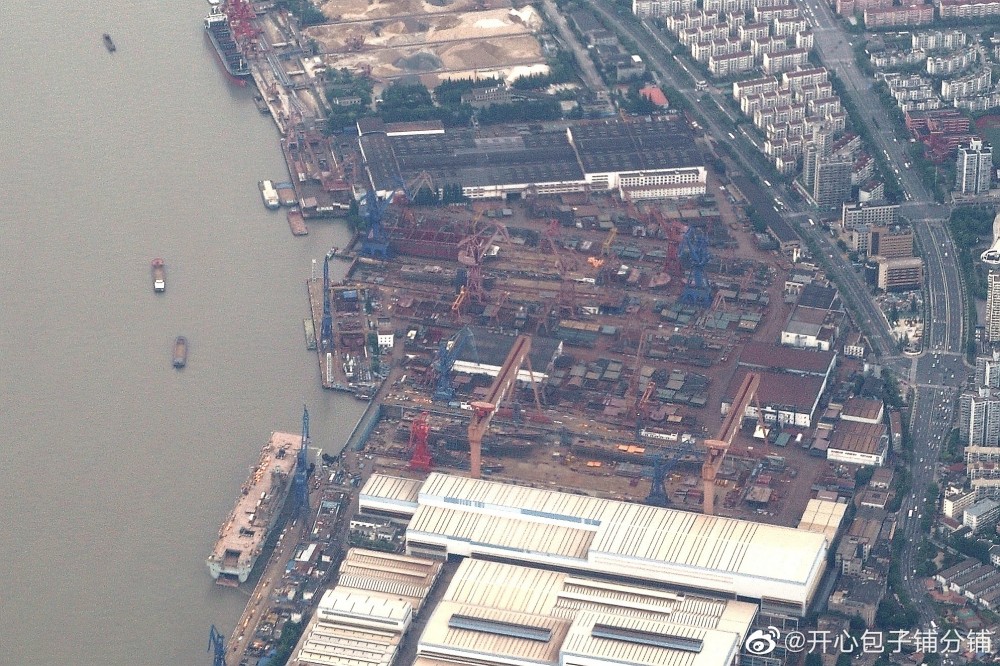 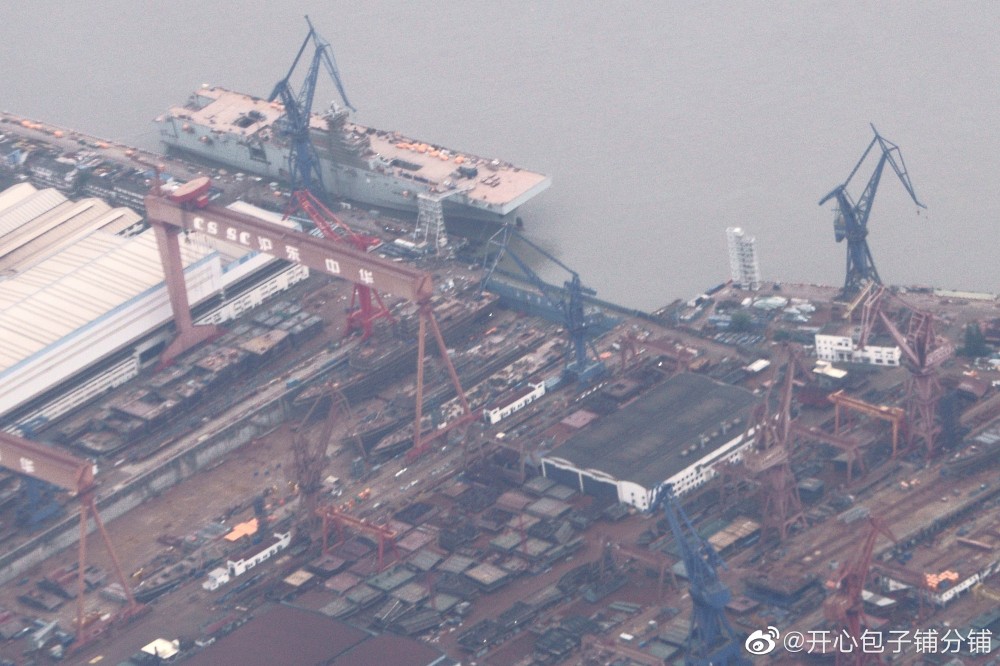 The new Type 054A frigates use new radar replacing the Russian derived radar, removing the last trace of Russian influence from the ship, at last a 100 percent Chinese ship.

The new Type 054A frigates use new radar replacing the Russian derived radar, removing the last trace of Russian influence from the ship, at last a 100 percent Chinese ship.

Depends what you mean by that. The main gun is based on the Russian AK-176 gun, the AA missile system is based on the Russian Buk system, the CIWS are based on Dutch and French systems, the hull itself is heavly inspired by the French
La Fayette frigate ecs ecs.
So yes the Chines can built all of the system themself now, but they barrowed a great deal from others.

The Chinese government is paying for these ships... even if everything is licence made they are 100% Chinese ships... no other country gets any say in the use of these vessels.

They managed to get them built and working so fast because it was tried and proven equipment and systems, but there will be problems to sort out... there always are.
Finty


s China's military aviation sector pursues simultaneous programs to develop both new electronic warfare (EW) aircraft and new carrier based support aircraft for the People's Liberation Army (PLA), new details of a new electronic attack platform being designed for the Navy have continued emerge. The PLA has developed specialised variants of a number of its tried and tested long range combat aircraft, including the JH-7 and J-16 strike fighters and H-6 medium bombers, specifically for an electronic attack role. It was long speculated that the military could try to develop an electronic attack platform based on the J-15 Flying Shark carrier based fighter, which some analysts have speculated could be dubbed the 'Electric Shark.' Conflicting reports show the fighter could be designated either J-15D or J-17 - although based on prior Chinese nomenclature the former appears more likely. Existing electronic warfare aircraft have relied heavily on their long ranges to project power into China's surrounding seas from coastal airfields - namely into the South China Sea where tensions have recently risen in light of growing military deployments by Western powers in or near waters claimed by Beijing. These EW aircraft have largely been operated by the PLA Navy rather than the Air Force, reflecting their primarily maritime role. A carrier based electronic warfare platform could well allow for a faster response to threats in the region to provide better protection to the PLA Navy's assets, and will allow carrier groups to operate more independently.

The first images of China's prototype for a carrier based electronic warfare aircraft - closely based on the airframe of the J-15 fighter - were released at a time when the Navy's second carrier the Type 001A was undergoing sea trials in the Spring of 2018. Although this ship, since commissioned into service as the Shandong, is unlikely to operate beyond the range of land based EW aircraft such as the H-6G, the Navy is currently planning to commission heavier carriers into service for deployment further from Chinese coasts - including two Type 002 Class supercarriers currently under construction. New carriers will not only be larger, but they will also deploy much more diverse air wings including more advanced '4++ generation' variants of the J-15 fighter, stealthy recon and attack drones, KJ-600 airborne early warning aircraft and possibly a class of stealth fighter to complement the J-15. The ships' use of electromagnetic catapult launch systems (EMALS) will allow aircraft to take off with considerably more fuel and munitions than those operating from China's existing carriers or from rival Western carrier designs such as the British Queen Elizabeth Class and American Nimitz Class which also lack EMALS. Deploying from EMALS-equipped ships would thus allow an electronic attack jet to deploy with considerably more fuel, equipment and armaments than it would otherwise.

An electronic warfare variant of the Flying Shark would likely perform an analogous role to the United States Navy's E/A-18G Growler, an aircraft based on the United States Navy's own foremost carrier based fighter the F-18E Super Hornet. It remains uncertain whether, like the Super Hornet, the Chinese platform will deploy anti radiation missiles such as the AGM-88 HAARM, which is the Growler's primary kinetic armament. The J-17/ J-15D boasts two sizeable electronic warfare pods on its wingtips and advanced electronic intelligence equipment, and is set to make full use of technologies developed for electronic warfare variants of the J-16 fighter with which it shares many similarities. The carrier based EW jet was developed as a twin seat aircraft, and without the need for a heavy weapons payload it is likely have a significantly greater range than combat variants of the Flying Shark - possibly even integrating external fuel tanks as the E/A-18G does.

With the importance of electronic warfare fast growing, Beijing has been one of the greatest investors in the field to enhance the performance of its armed forces. The PLA has deployed electronic warfare systems to outposts across the South China Sea, and reportedly even carried out electronic attacks to disrupt operations of U.S. Naval assets deployed to waters China claims as its sovereign territory. The U.S. Navy's growing reliance on unmanned aircraft and ships, and deployment of growing numbers of drones to the Pacific to support a broader military Pivot to Asia, could well leave it particularly vulnerable to a growth in Chinese electronic warfare capabilities.

An earlier version of this article was published in May 2018

Fourth Type-52D destroyer commissioned this year, The Kaifeng. Now a part of the PLAN North Sea Navy it seems.

How would russian based missiles make them useless? Are you saying the Russians cant make missiles?
Hole

I guess he was refering to some of the chinese fanboys who criticize russian electronics and weapons all the time.

he is the well known chinese troller. I banned him
Mir

How would russian based missiles make them useless? Are you saying the Russians cant make missiles?

No not at all. Just giving him a bit of his own medicine

I actually think the Chinese Navy is doing fantastic!
walle83

Inside one of the latest Type-52D destroyers.

Walle83 - Do you have anything on this sub? I think it is known as the Type39C? 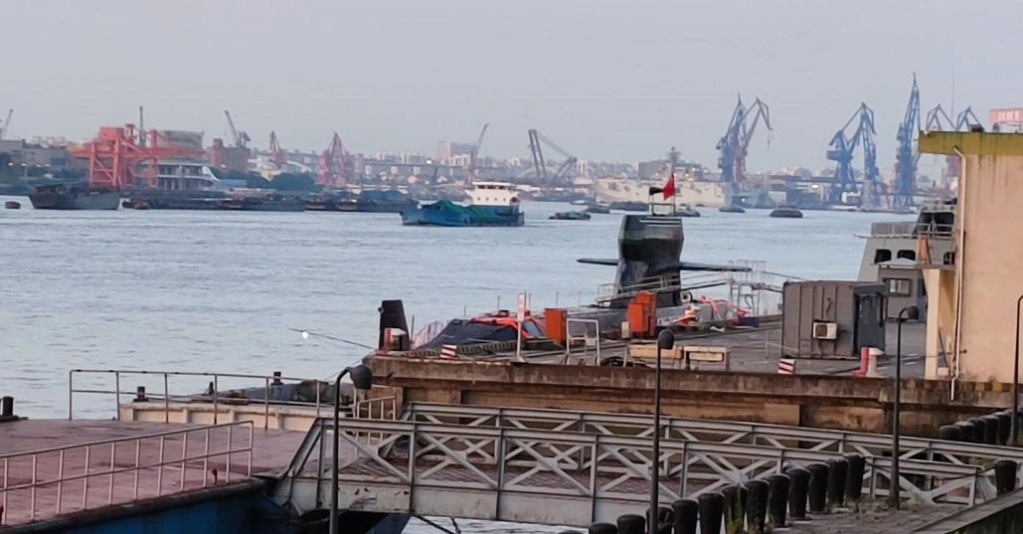 Mir wrote:Walle83 - Do you have anything on this sub? I think it is known as the Type39C?

Not relly. I saw a article about it a few weeks ago. They noted that it looks very much like the Swedish Blekinge-class project with the new sail. 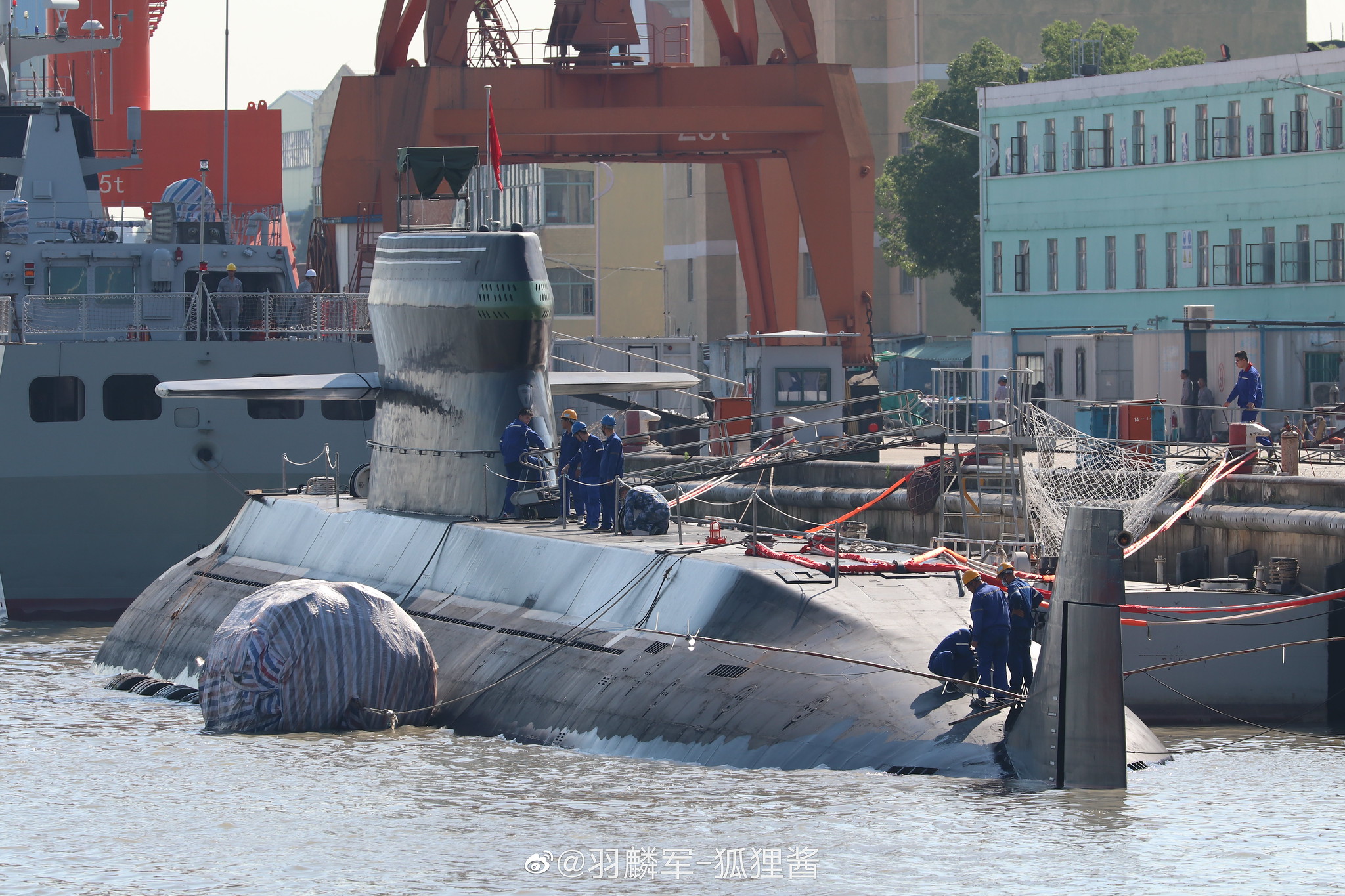 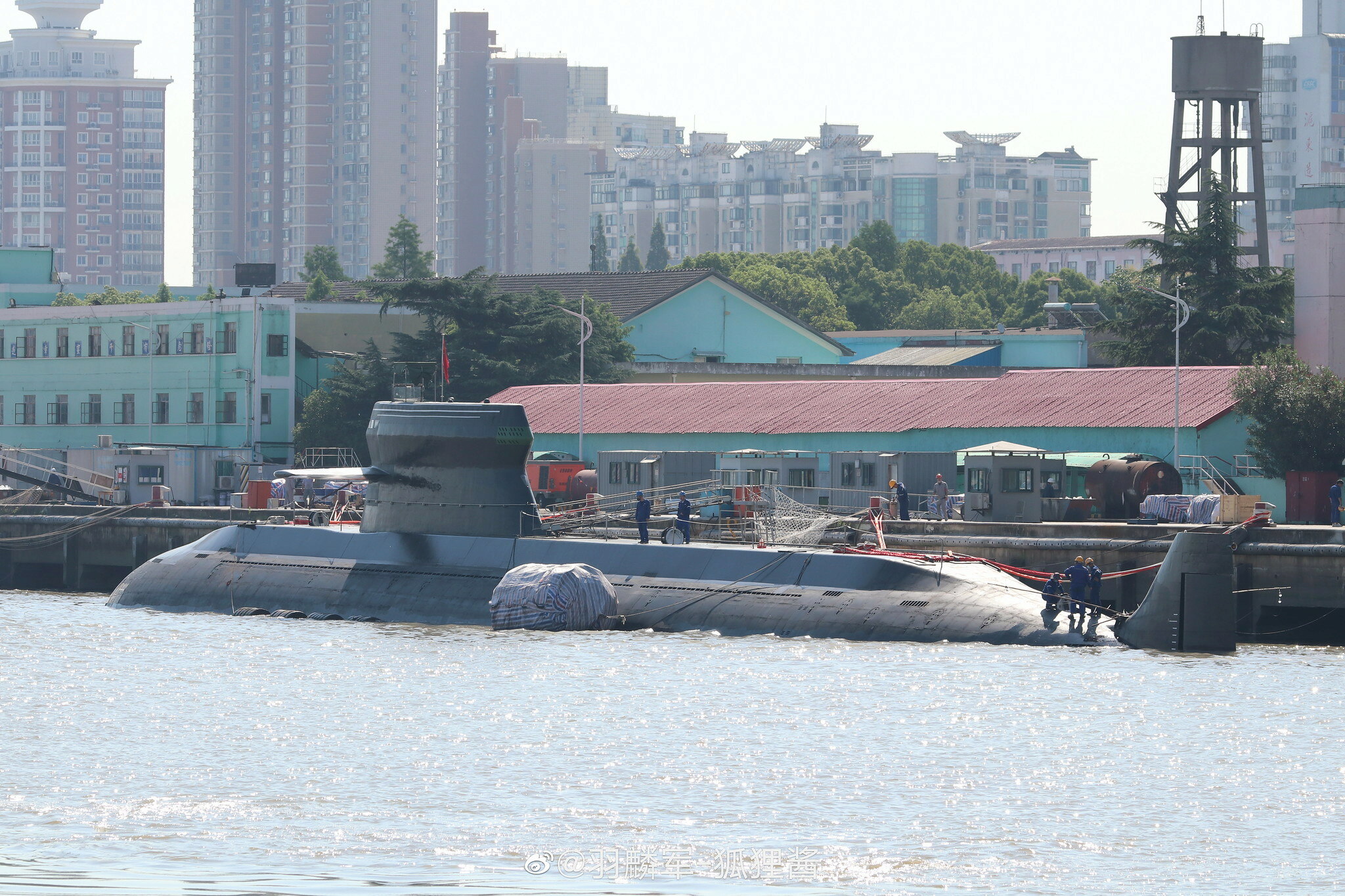 Thanks for the info and the great pics! Very impressive looking submarine.
walle83 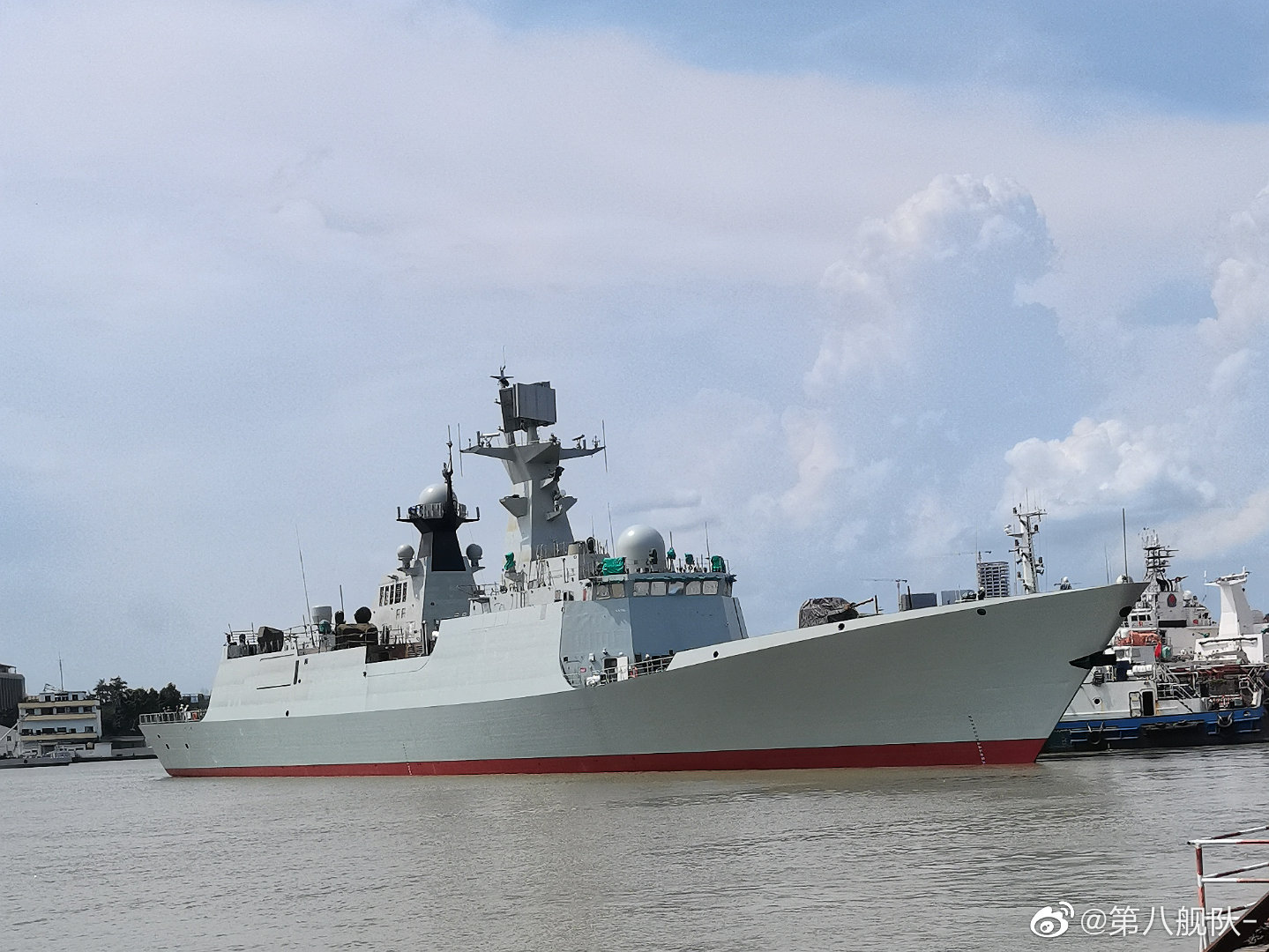 walle83 wrote:Inside one of the latest Type-52D destroyers.

Really nice video thanks. I see a lot of woman are serving on the ship which is quite unusual. Do they serve in submarines as well?

Living conditions are amazing compared to the previous generation!
walle83