You are not connected. Please login or register
+6
JohninMK
kvs
ATLASCUB
Tsavo Lion
Airman
The Ottoman
10 posters
Go to page :

ATLASCUB wrote:The Turks should have been pursuing China much harder a longgggggggg time ago and drop the stupid Uyghurs nonsense a long time ago - an irritant that ONLY benefits one big fat state and its true allies... of which Turkey isn't one. Erdogan had been too slow on this, one of his many missteps.

Not surprisingly, the Anglo media hasn't taken it kindly what's been developing in Beijing today (which means they purposefully put the word out). Makes the S-400 July drop even more tantalizing in terms of political drama. If you're getting encircled and trapped by the U.S and its local minions why would you have irritants in your relations with the second biggest economy on the planet. Made no sense.

Especially considering that the Uyghurs are being radicalized by Wahabbi infiltrators and are working against their own interests.

And the crazy begins on this pivot state.

If correct this could have a huge impact in the ME.

EDIT Thanks for the magic move to the correct thread

Turkey has discovered energy in the Black Sea, most likely natural gas, two people with direct knowledge of the matter said Wednesday, but gave no indication of the size and depth of the find, nor how difficult it will be to extract.

The two spoke after President Recep Tayyip Erdogan promised to deliver Turks “good news” on Friday that would usher in a new era for the nation. He has also vowed to pursue energy exploration in contested Mediterranean waters that has triggered rows with the European Union. The president’s office declined to comment.

The lira extended gains against the dollar after the news and was trading 1.2% stronger late Wednesday local time. The benchmark Borsa Istanbul 100 Index also rose 3% after Erdogan spoke, while shares of refiner Turkiye Petrol Rafinerileri AS, or Tupras, and petrochemical manufacturer Petkim Petrokimya Holding AS jumped 7.6% and 9.9% respectively.

Energy Minister Fatih Donmez said last month that the drilling ship Fatih had started exploration in the so-called Tuna-1 zone, off the Turkish town of Eregli.
relates to Turkey Finds Energy in Black Sea as Erdogan Vows a New Era

“There have been gas discoveries in the Black Sea before but of a limited scale,” Timothy Ash, a strategist at BlueBay Asset Management LLP in London, said on Twitter. “Given its $35-50 billion annual energy import bill, Turkey needs something big to be a game changer.”

Market upheaval has sent the lira to a record low against the dollar, but the central bank has opted to tighten policy by stealth, avoiding a change in the benchmark interest rate that could irk Erdogan, who continues to call for lower borrowing costs. The central bank’s policy committee meets on Thursday to consider rates.

Tuna-1, some 150 kilometers from Turkey’s coast, is close to an area where maritime borders of Bulgaria and Romania converge and not far from Romania’s Neptun block, the largest gas find in the Black Sea in decades discovered eight years ago by Petrom and Exxon. The Fatih has been carrying out drilling operations in Tuna-1 area since around mid-July according to a Turkish Navy website.

Romania has shallow-water gas projects, but a major deep-water find by OMV Petrom SA eight years ago has still to be exploited. A company backed by the Carlyle Group is also exploring off Romania, aiming to get gas in 2021. Rosneft has explored in the Russian part of the Black Sea but without concrete results.

“I don’t think it is that surprising more findings coming from there,” said Christoph Merkel, managing director of Merkel Energy consultancy. “Bulgaria, Ukraine, Greece might be among the ones very interested in buying that gas, if Turkey decides to export it.”

“Depending on the size of the discovery, I expect at least a tranche of TurkStream to be idle,” he said. “Why would Turkey want to keep importing gas from Russia?”

Interesting article on Turkey and its water resources. 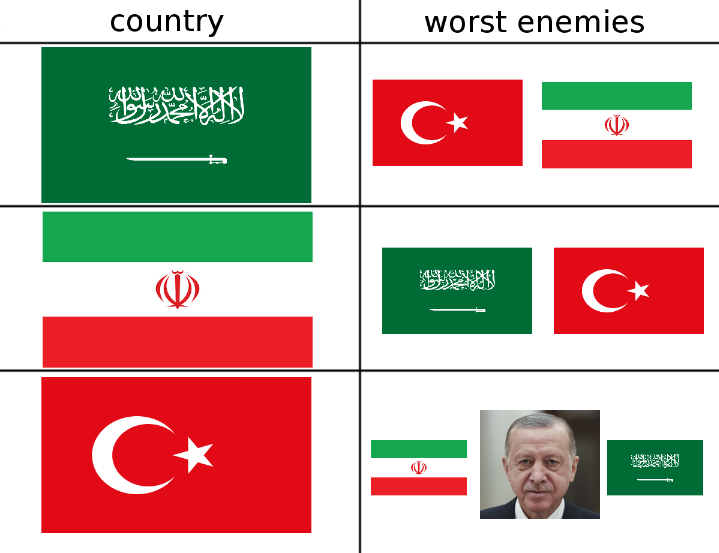 Turkey needs to pull out of Syria, it cannot afford to stay there anymore.

That is what all the pressure is for...

The real irony is that Turkey does not want a Kurdish controlled neighbour state that might help local Kurdish terror groups in Turkey... well Assad does not want that either... at various times in the past relations between Turkey and Assad were actually rather good.
nero

There seems to be some contextual misunderstanding of what Turkey is doing in Syria right now.

They started off with the attempt to cause a political change in Syria via the toppling of the current government. The vast majority of arms supplies to the rebels were going through Turkey (& Jordan)... in additional to various help to Syrian oppositionist government, all of whom currently live in Turkey, leeching off the economy there.

Now that they've failed to topple the Syrian government they're left with 5-7 million Syrian refugees in/around Turkey. (Hilariously Jordan got it's fair share of a reality check as well, as they host 500k - 1000k Syrian refugees themselves).

The Turkish people despise these refugees. They want them gone. However, the Germans (read: the EU) doesn't want to take them in anymore because that would carry a great deal of political suicide there as well. Thus the refugees are there to stay.

If the Turks leave Idlib, the Syrian Arab Army is going to steam-roll the rebels there within a few months, causing an additional wave of refugees into Turkey and (likely) into Europe. That'll collapse Erdogan's political support (w/e is left as the Lira is becoming toilet papper).

They have no good solution to this. Most of their attempted adventures into the NE Syria were attempts to relocate some Syrian refugees from Turkey back into Syria. It is obvious that this has failed, particulary because neither the United States, nor Russia, nor the Syrians want the Turks to take more territory there.

For the Syrian government, all they have to do is wait until the Turkish economy completely collapses and Erdogan is out of power. The territory of Idlib is effectively inconsequential to them, beyond opening up a highway from coast.

For the Russians, all they have to do is continue to bomb terrorist congregation areas as they have been doing for the past year or so and wait until they chew each other up, which has been happening for the past couple of years.

The moral of the story is: Don't attempt to **** up your neighbors as it'll come back to haunt you really quickly.