They certainly tested angled UKSK launch tubes, but I am not aware of any results so far.

I rather suspect angled launch tubes direct missiles in a specific direction which probably does not matter for the very long range land attack missiles, but for the anti sub weapons the ability to head in any direction at launch is probably quite valuable.

Probably the main ship to need angled launchers would be the Slava class cruisers simply because their existing Vulcan missiles use heavily angle launch tubes already and there is no under deck space for missiles.

Moskit is an excellent missile but still sort of half way between a Granit and an Onyx in terms of weight and much shorter legs than either missile.

Isos wrote:...What I don't understand is that we saw pictures of angled UKSK yet they don't put them on Udaloys. I doubt they will put them on Slava since they won't upgrade them and small shis are getting 16 urans instead.

That angled UKSK never went beyond basic test phase, there will be no angled UKSK

They are working on it so it may end up on ships.

Why would you use an adaptaters for a Slava. Just switch for a new launchers. They are externally mounted it's easier than adaptating the old launchers for new missiles and can use 2-3 times more missiles.

On Oscars you need to cut the sub to switch for new launchers that's why they will use adaptaters which is less costly.

GarryB wrote:
I rather suspect angled launch tubes direct missiles in a specific direction which probably does not matter for the very long range land attack missiles, but for the anti sub weapons the ability to head in any direction at launch is probably quite valuable.

Udaloys have that problem with their old missiles. Modernization give them 2 vertical UKSK that can be used for anti sub missiles. Two angled could be used for ASM only. 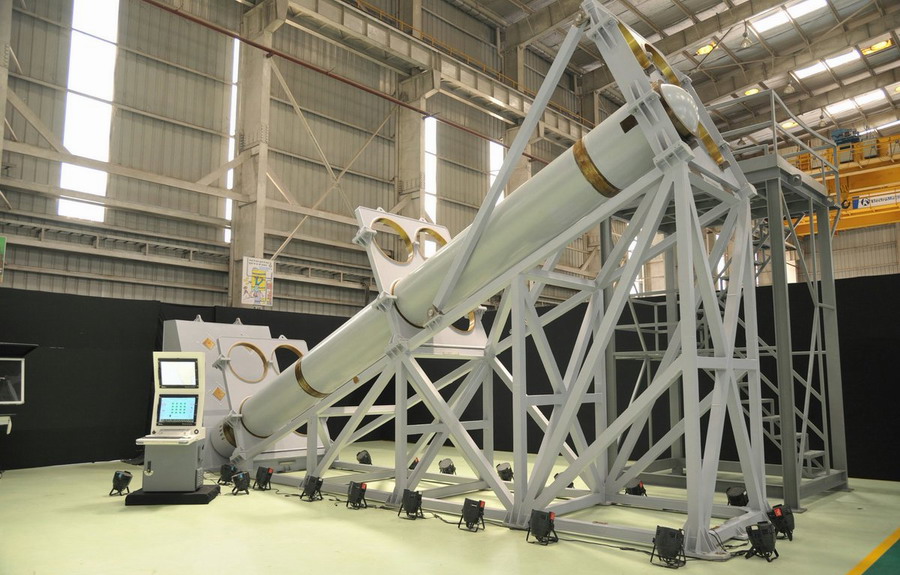 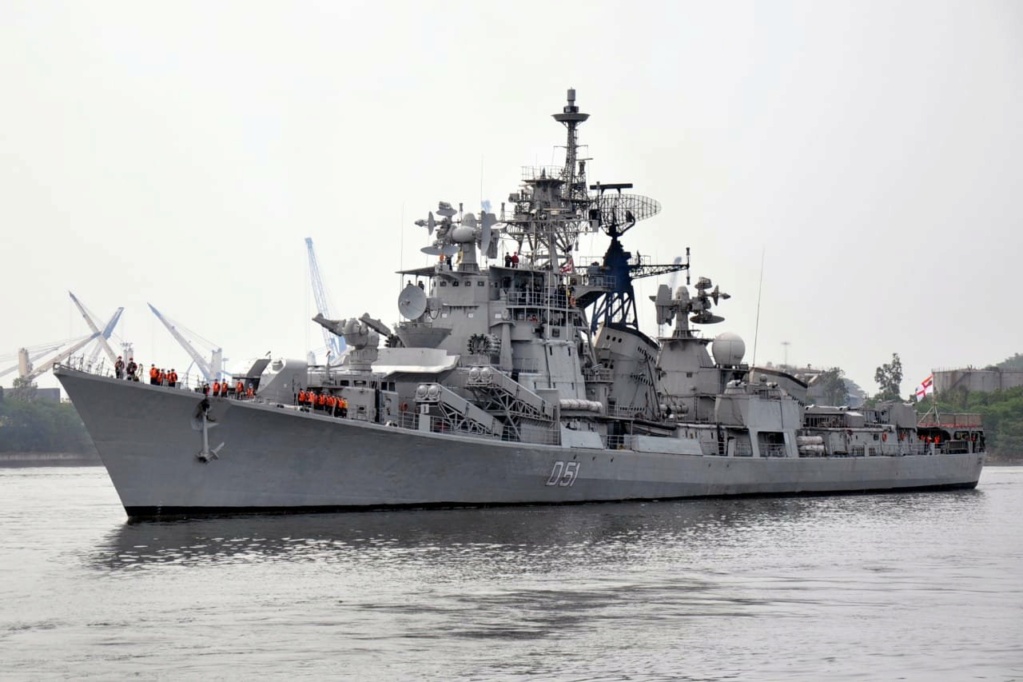 Indian Kashin (now retired) with BrahMos missiles instead of the old SS-N-2. The same could be done to the Slavas. Remove the huge canisters for the P-500/-1000 missiles and replace them with smaller launchers.

They already modernized one Slava with a new radar but didn't replace the launchers.

I think they will never be modernized deeply with new missiles. But replaced at some point by Gorshkovs.
Hole

Because the P-1000 is a pretty impressive missile.

Vulcan might still be able to be produced, but it makes sense in terms of commonality and standardisation as well as flexibility to use a now standard launcher on everything you possibly can.

Otherwise upgraded Slavas will need stocks of Vulcan missiles in every base they deploy from or near so they can be resupplied from that base.

With Vulcan it might be a problem but with UKSK launchers then all the standard missiles should be available.
owais.usmani

It sounds like the Pr 1155.1 Adm Chabanenko has been moved to Nerpa for a continuation of her repairs. Adds evidence to the idea that the Navy has finally decided what they want to do with her and have ponied up the cash? IMHO they have upgraded the work from repair to at least a partial modernisation. UKSK, A-192M arty plus electronics would seem a minimum, but an upgrade to her Khinzal/Tor would be advisable. 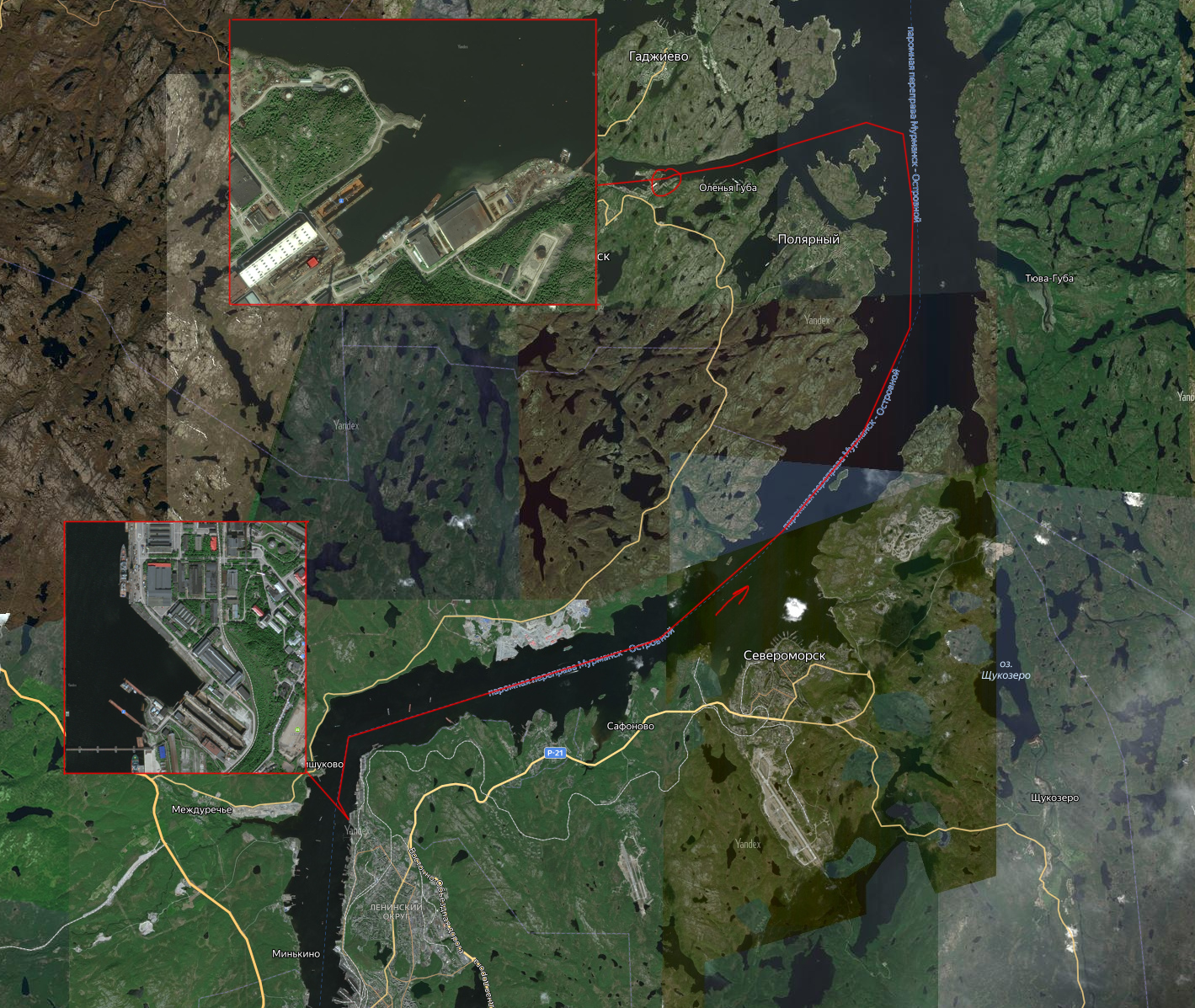 Piccie of the towed array of one of the 1155s. Never seen this before 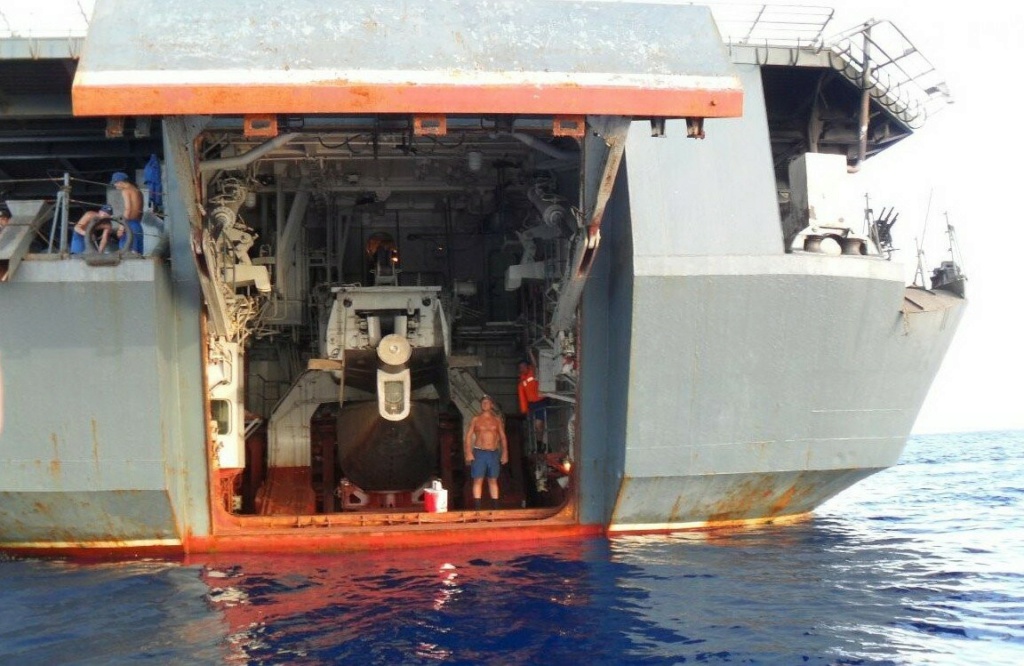 They throw the guy in the water to search for subs ?

The guy is the emergency backup. If the drive of the VDS fails he has to pull it in by hand!

Hole wrote:The guy is the emergency backup. If the drive of the VDS fails he has to pull it in by hand!

He goes to punch the enemy sub with his hands.

Isos wrote:They throw the guy in the water to search for subs ?

He volunteered as tribute

Isos wrote:They throw the guy in the water to search for subs ?

Steady on there... It's not the Ukrainian navy.

He rides the surf board to jump sharks...
LMFS

At Dalzavod, some details of the modernization of the BOD Admiral Vinogradov of Project 1155 were revealed

The modernization of the Project 1155 BOD "Admiral Vinogradov" with retraining as frigates will be carried out according to an improved project. This was reported by the press service of Dalzavod, revealing some details of the modernization.

According to a report on the company's official website, the Admiral Vinogradov BPK will undergo modernization according to a more advanced project than the Marshal Shaposhnikov, which has already been transferred to the Pacific Ocean fleet after the work done. The full scope of work planned for the "Admiral Vinogradov" has not been disclosed, but it is emphasized that all weapons on the ship will be replaced, with the exception of the AK-630 artillery mounts.

The message says that after the modernization, the ship, already re-qualified as a frigate, will receive Kalibr cruise missiles, the Paket-NK anti-submarine complex, modern electronic weapons, there are no other details. However, it is emphasized that after the work carried out, the "Admiral Vinogradov" will be twice as powerful as the one-type "Marshal Shaposhnikov".

Earlier, sources in the Russian defense industry said that the repair of "Admiral Vinogradov" should be completed by 2025.

"all but AK-630" would literally mean replacing Tor either

The guy said so!

Would like to see them upgrade the electronics too... an AESA radar for tracking and the ships AESA radar for search should massively expand the capabilities of the system. 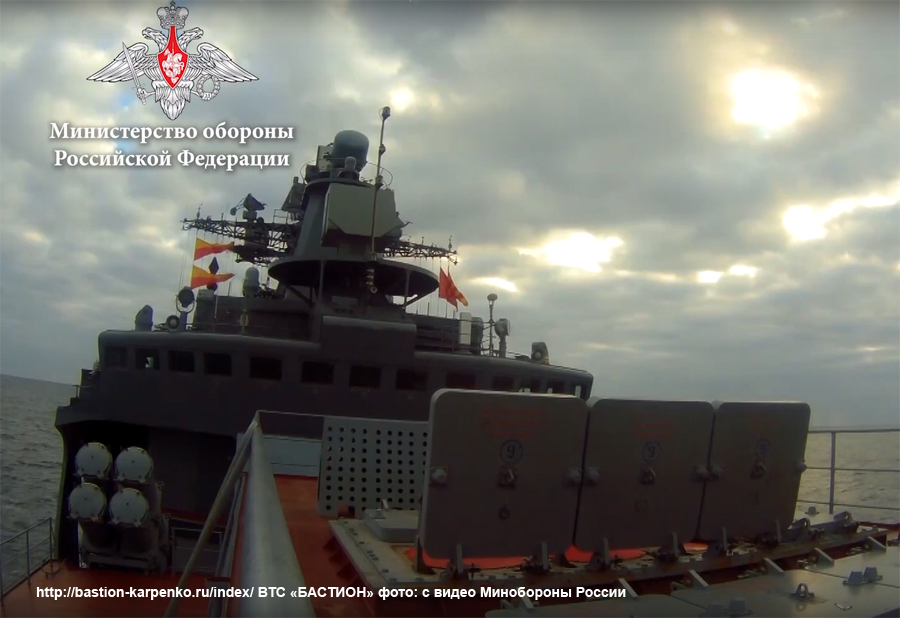 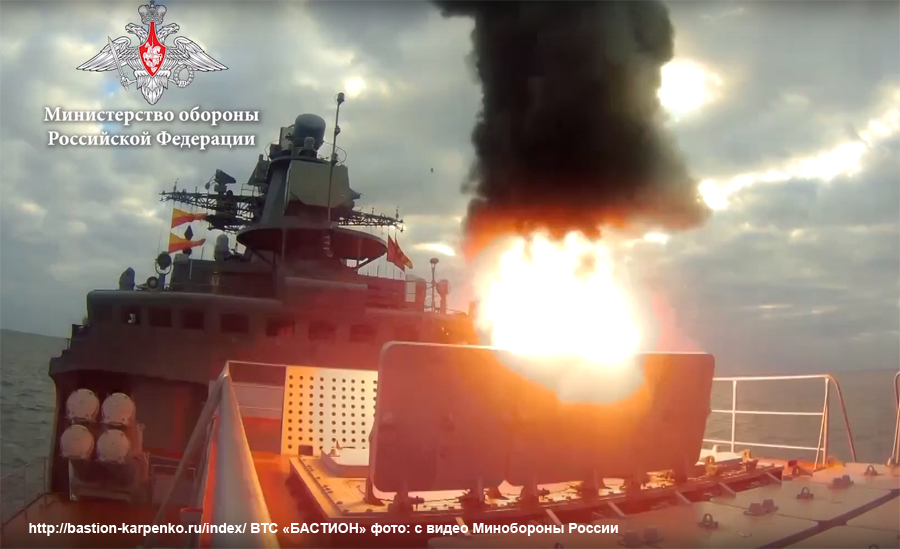 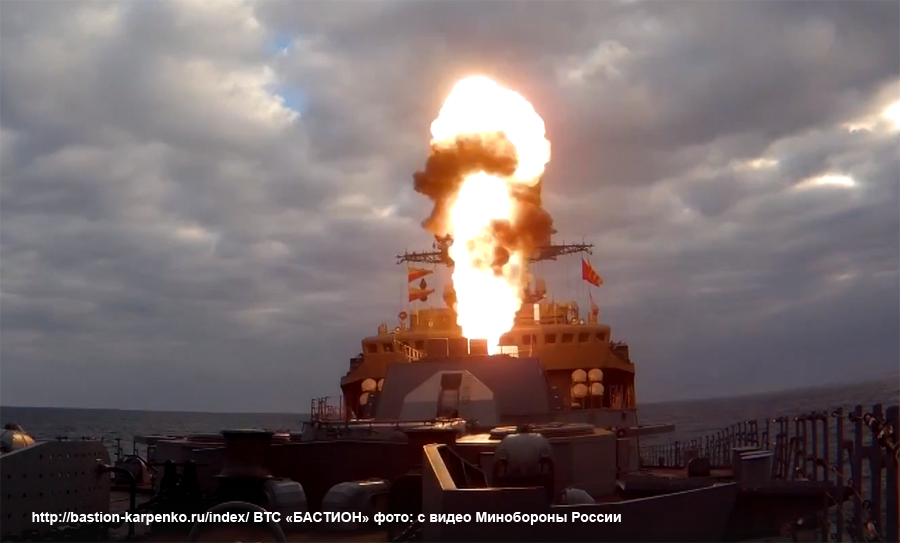 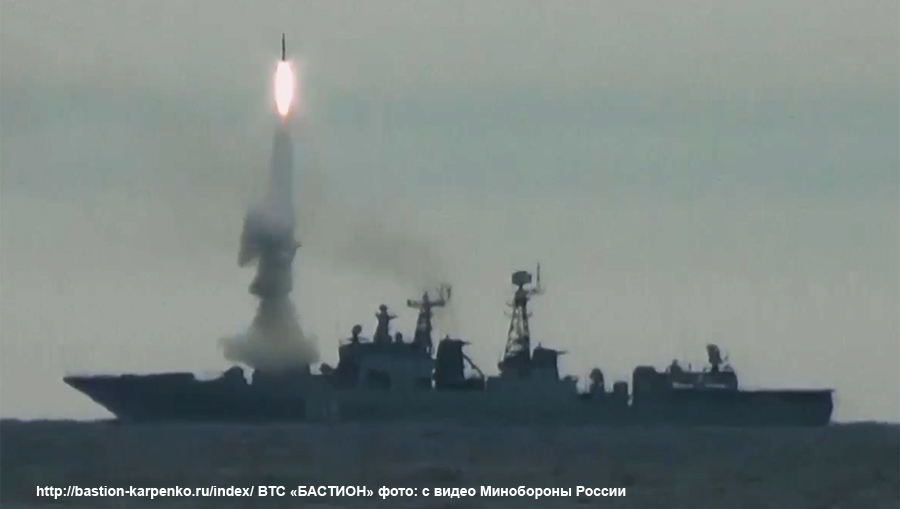 Destroyer Admiral Levchenko will finish overhaul by the end of 2022